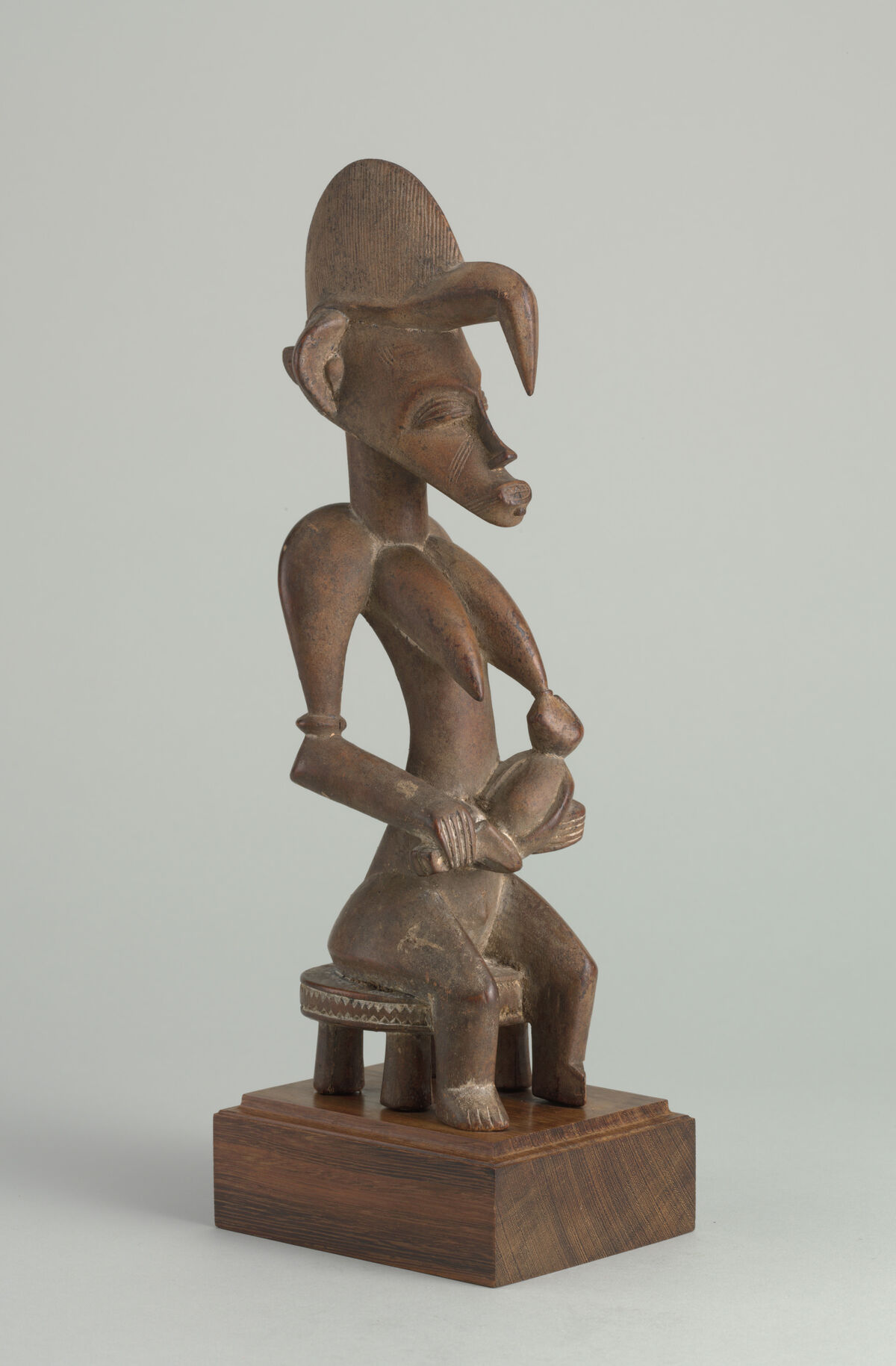 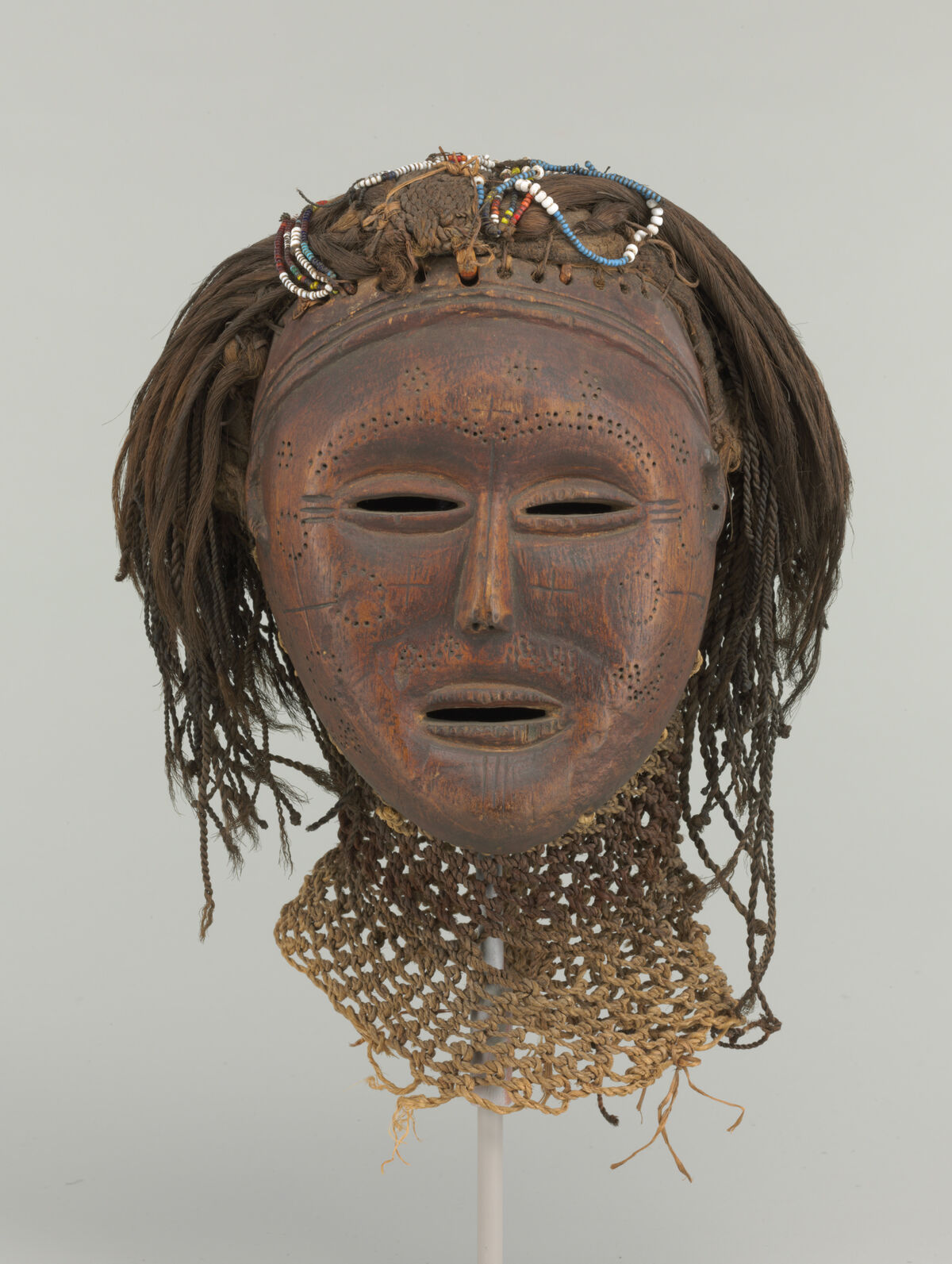 As we celebrate the maternal figures in our lives this weekend, for Mother’s Day in the United States, it’s a good time to reflect on artworks that have commemorated their fortitude, grace, and strength for millennia. After all, art has always helped us remember our values and history. In the face of the pandemic, art about our ancestors, which offers connections and remembrances of generations past, is as potent as ever.
It’s also time to rewrite tired narratives about maternal icons. In recent years, museum curators have reconfigured permanent collections in order to reckon with centuries of uneven storytelling. A similar pivot is at the heart of “A Perfect Power: Motherhood and African Art,” a Baltimore Museum of Art (BMA) exhibition now on hold due to the COVID-19 pandemic. Co-organized by Dr. Kevin Tervala, the BMA’s associate curator of African art; Dr. Oyèrónké Oyěwùmí, a preeminent scholar on gender in African indigneous societies; Dr. Jennifer Kingsley, director of the Museums & Society Program at Johns Hopkins University (JHU); and a cadre of JHU students, the show reconsiders the depictions of motherhood, gender, and power in historical African art. The organizers also consulted scholars from the greater Baltimore community to link the works to contemporary history. Altogether, the 39 exhibited sculptural objects from 19th- and 20th-century central and western Africa reveal how powerful women were in these communities. 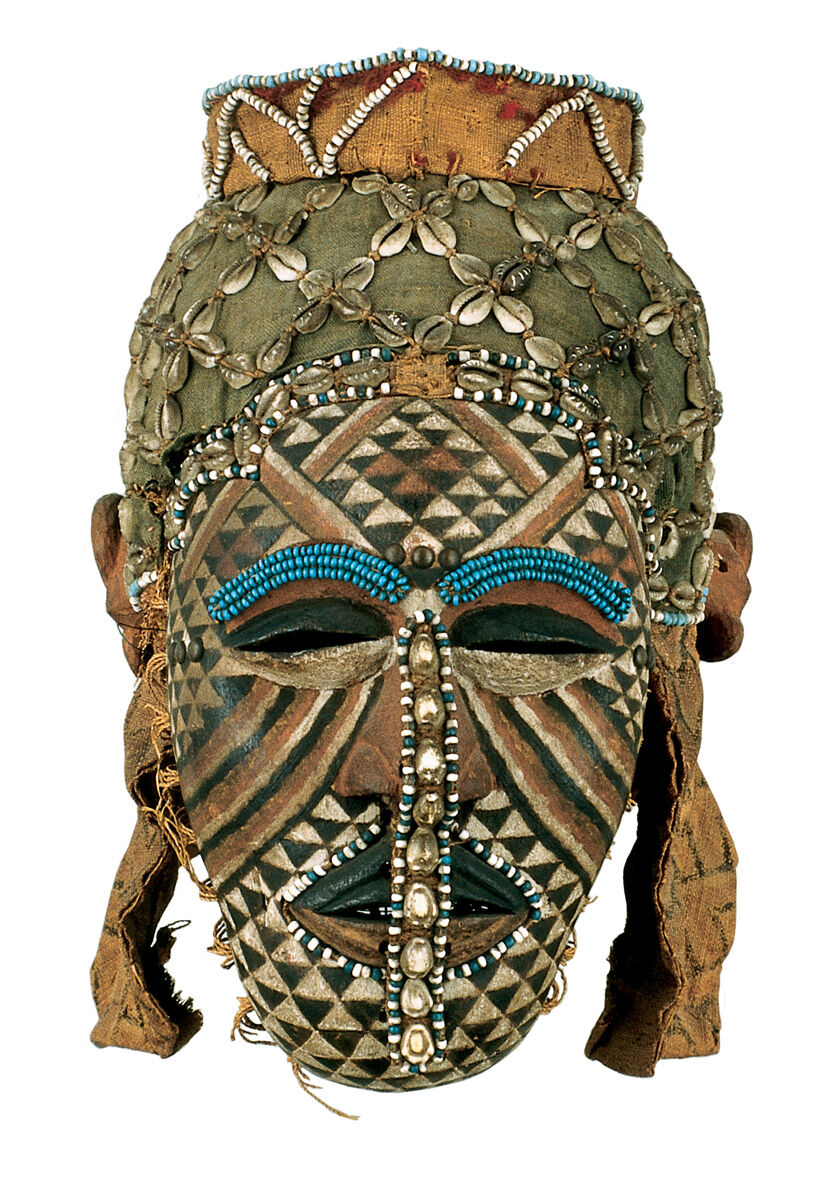 Unidentified artist from the Kongo region, Democratic Republic of the Congo or Angola, Maternity Figure (Phemba), mid-19th century. Courtesy of the Shaikh Family Collection, McLean, Virginia and The Baltimore Museum of Art.

Many of the objects in “A Perfect Power” feature elongated breasts, traditional scarifications (tribal-specific scarring) on faces and wombs, and other characteristics that signify fertility and gendered power. Yet these works offer more than simple tropes: They indicate African women’s leadership, particularly in the face of the transatlantic slave trade. The sculptures’ gendered elements point to what the exhibition’s organizers call “mother power”—a transformational potency rooted in care, which could be used to activate objects that would ultimately help people survive. “Mother power” was integral to the societies that made and revered these objects.
“Women were…absolutely critical for maintaining continuity in the face of massive depopulation and violence,” said Dr. Oghenetoja Okoh, a consultant to the exhibition and an assistant professor of history at Loyola University Maryland. As the transatlantic slave trade ravaged large segments of the African continent for two centuries, communities had to develop new strategies to sustain themselves. Women were already crucial to many social networks, but as men were stolen away, they took on increasingly important roles. The iconography in the exhibition’s sculptural works suggests just how important women were to the health, balance, and power of their communities.
While the exhibition centers on the past, its curatorial team comprises contemporary women who are changing the way we think about indigenous African societies. Female anthropologists, historians, and theoreticians such as Dr. Ifi Amadiume and Dr. Oyěwùmí have explored how these communities embraced fluid formulations of power and gender—before rigid, Western colonial ideas took hold. In many indigenous African societies, feminine and masculine power coexist, and often act in concert. 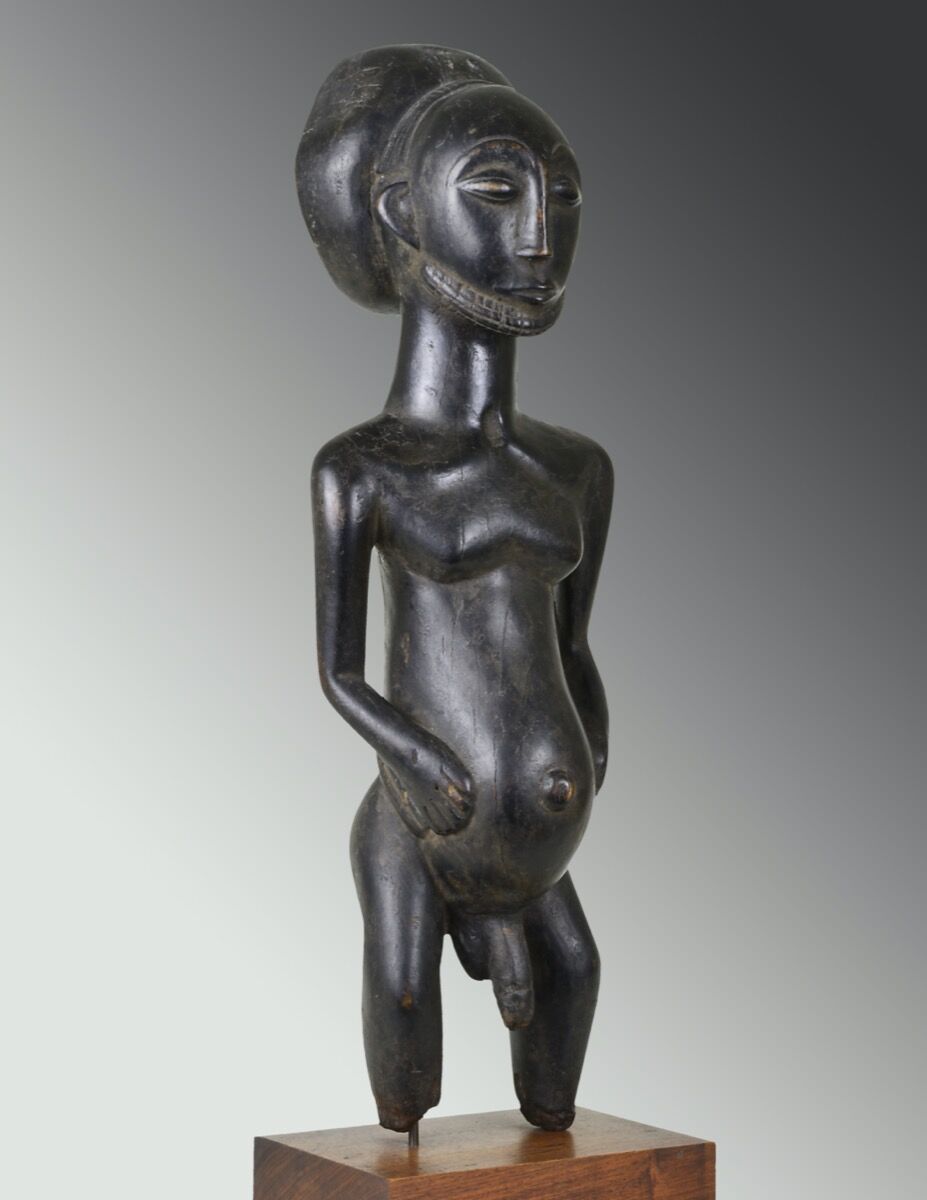 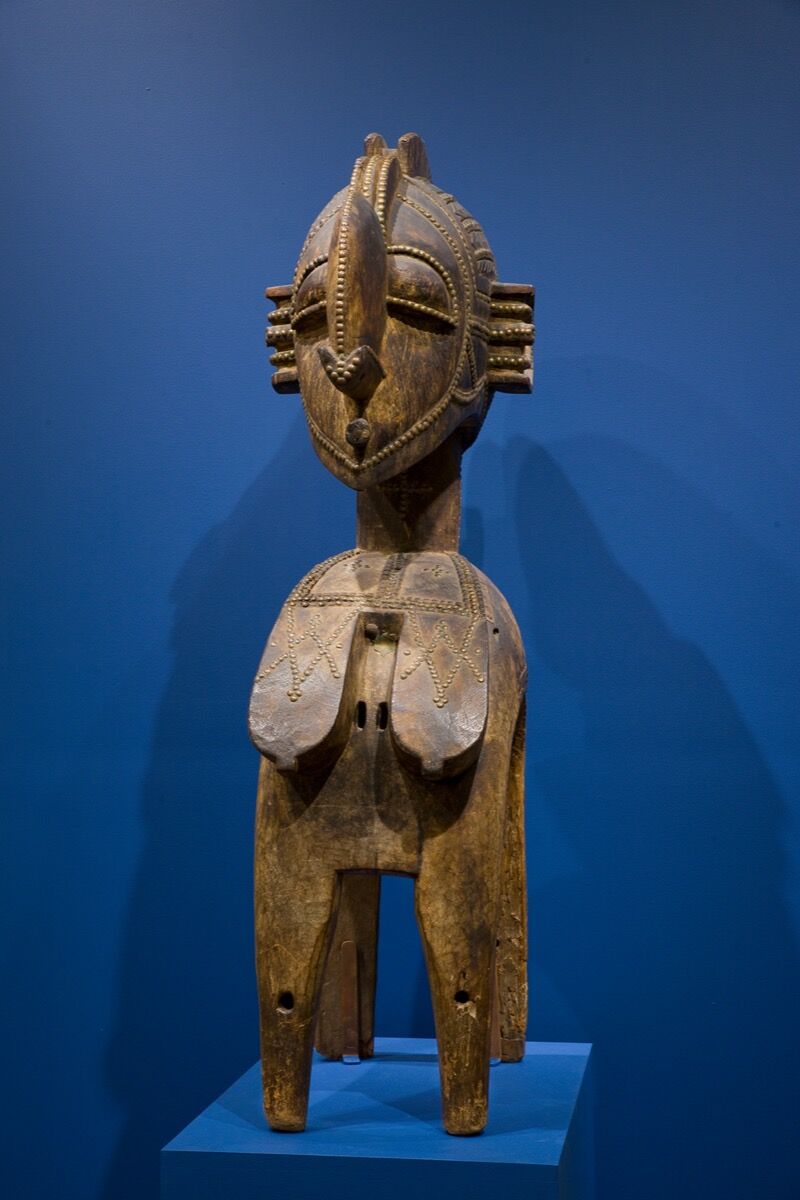 Advertisement
In the exhibition, a late 19th- or early 20th-century Hemba sculpture illustrates this idea. Commemorative Portrait of a Chief (Singiti) depicts a chief with a pregnant belly, a characteristic traditionally assigned to female figures. The detail symbolizes the ability to bring life into the world—physically, metaphorically, and spiritually. The chief’s abundant abdomen suggests a slippage between masculine and feminine forms of power. The chief is able to wield “mother power” to bring his desires, or those of the community he leads, to fruition.
Such iconographic cues in the exhibition’s works suggest much more than meets the eye. Bare, elongated breasts signal an ability to sustain and nourish one’s kin in body, mind, and soul. Bold outward gazes indicate bravery in a world that was often filled with unimaginable peril. These elements in a monumental Baga sculpture, Great Mother Headdress, D’mba (late 19th–early 20th century), suggest an African mother as an outsized symbol of the community: They symbolize her role as a vigilant and unflinching caregiver. The sculpture, Tervala explained, “represents an ideal of femininity, community, and power” and allowed the Baga people to consider their connections to their ancestors. 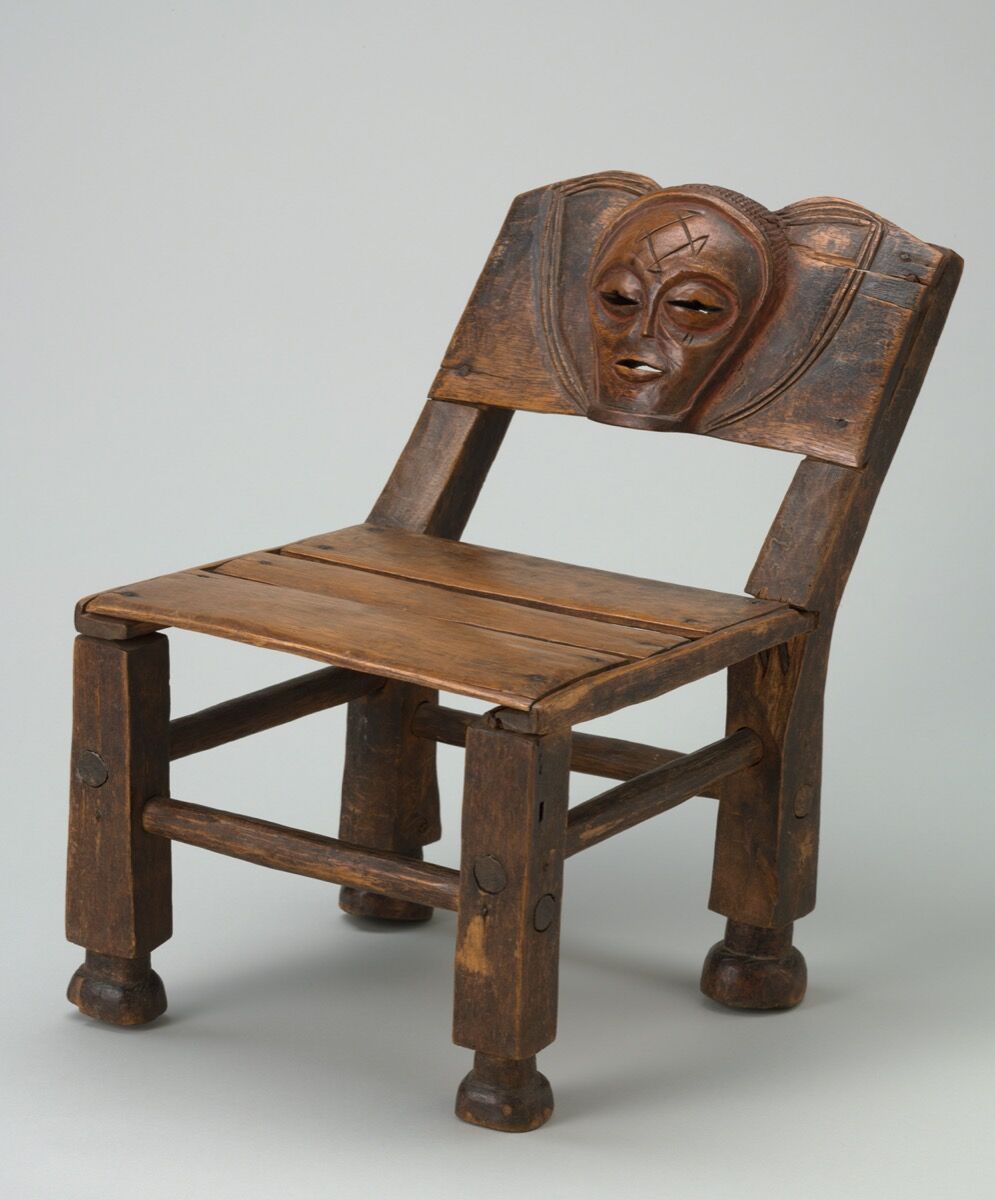 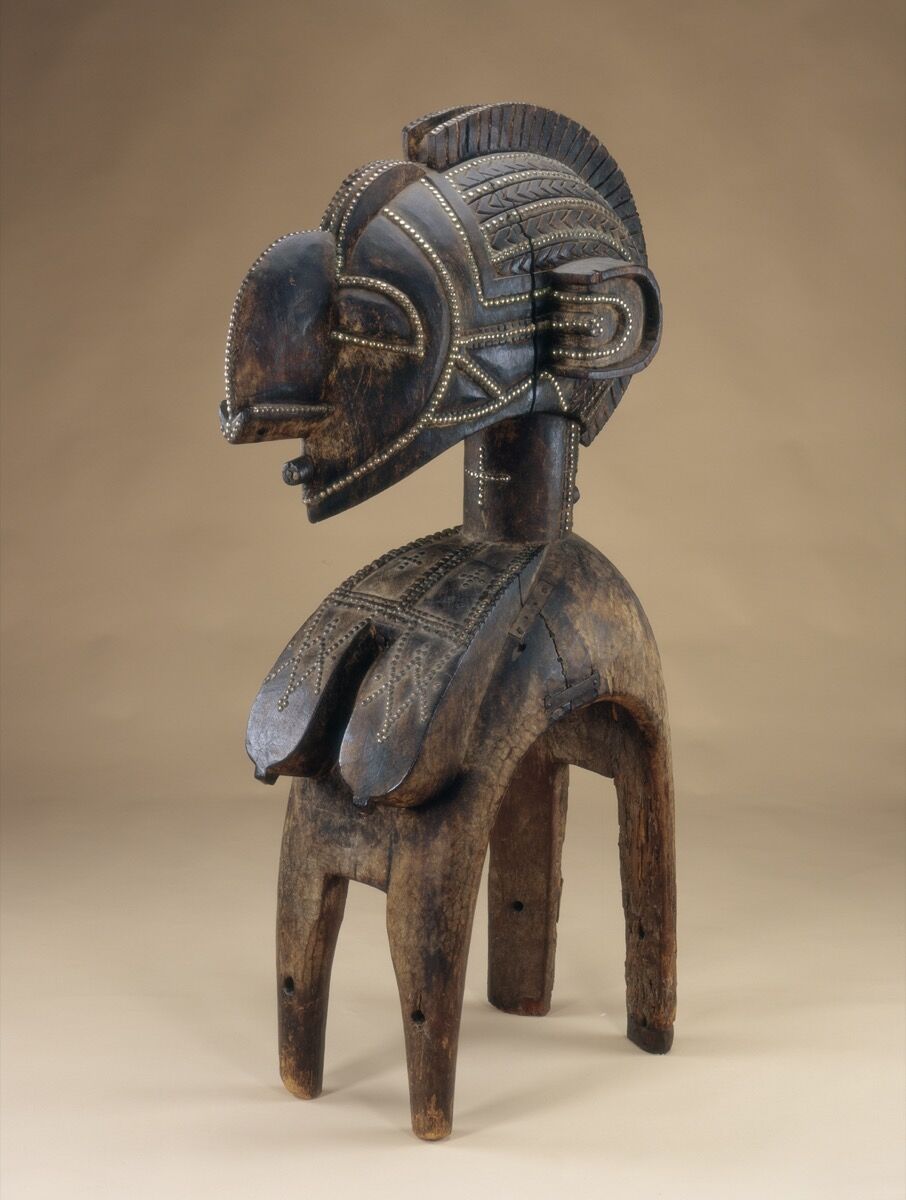 The works in “A Perfect Power” supplied the communities who created them with spaces to reflect and create agency. Nkisi figures, also known as power figures, were powerful, protective spiritual mechanisms for Kongo peoples. Healers in the community filled the sculptures’ cavities with medicines (known as bilongo) composed of secret combinations of animal, plant, and mineral substances, depending on the specific issues they were intended to address.
In the exhibition, an early 20th-century nkisi figure from the Kongo shows a woman with an open womb cavity. When nkisi bilongo was placed inside, the Kongo people believed the figure could dispel illness and protect the community. The womb became a fount of possibility. Such sculptures, with variant genders and sizes, are ubiquitous in African sculpture collections. Their prevalence suggests the popularity and flexibility of their form of “mother power.” Nkisi figures also indicate the role of spirituality in mediating power in everyday life.
The selections and interpretation strategy in “A Perfect Power” address how world history and social conditions have shaped the exhibited objects—and condemn the unwitting ways that they’ve historically been presented. Tervala noted that there has not been a sustained effort to critically examine why their iconography is so prevalent. While the exhibition is by no means exhaustive, the organizers hope it’s a step towards widening the conversation. 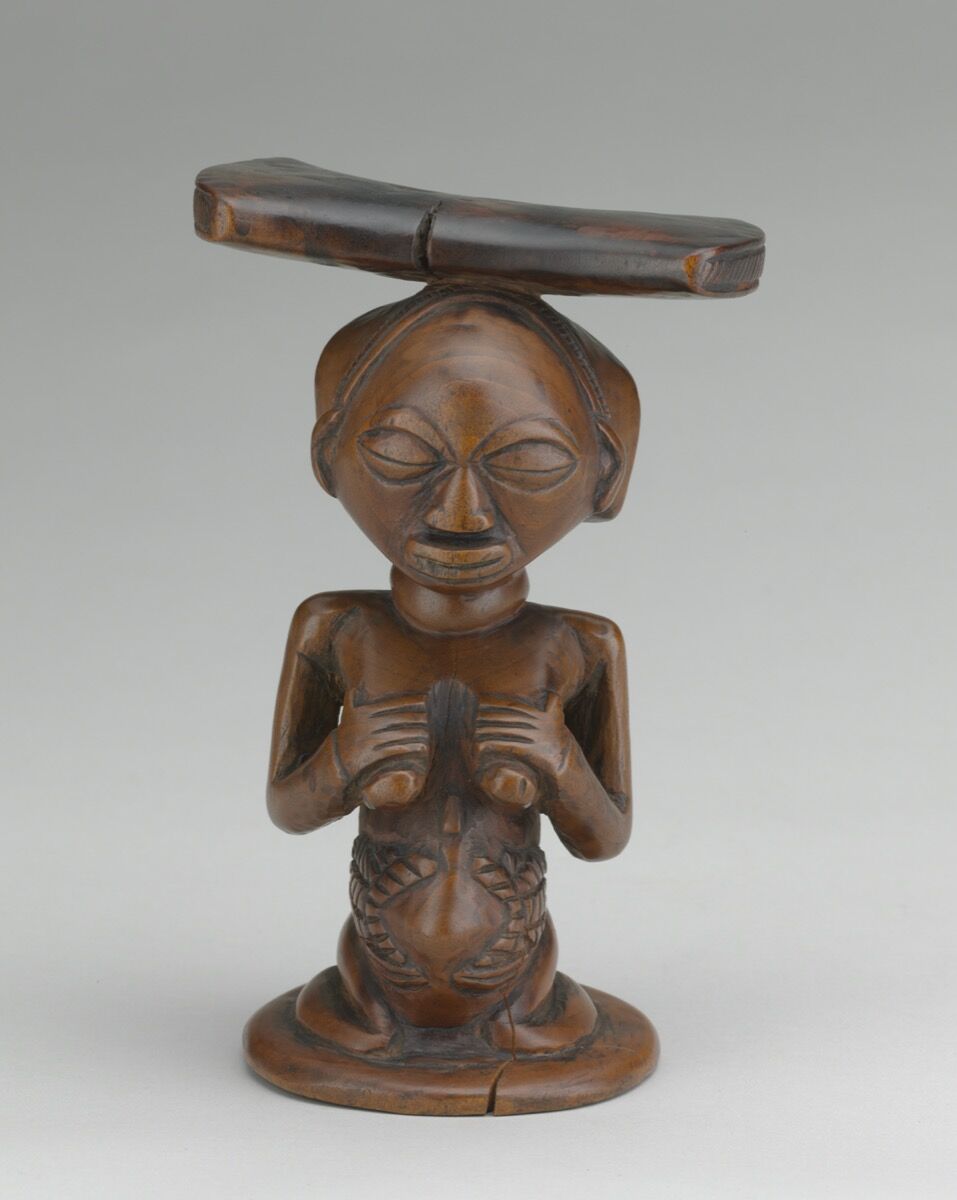 Unidentified artist from the Luba region, Democratic Republic of the Congo, Caryatid Headrest, early 20th century. Courtesy of The Baltimore Museum of Art. 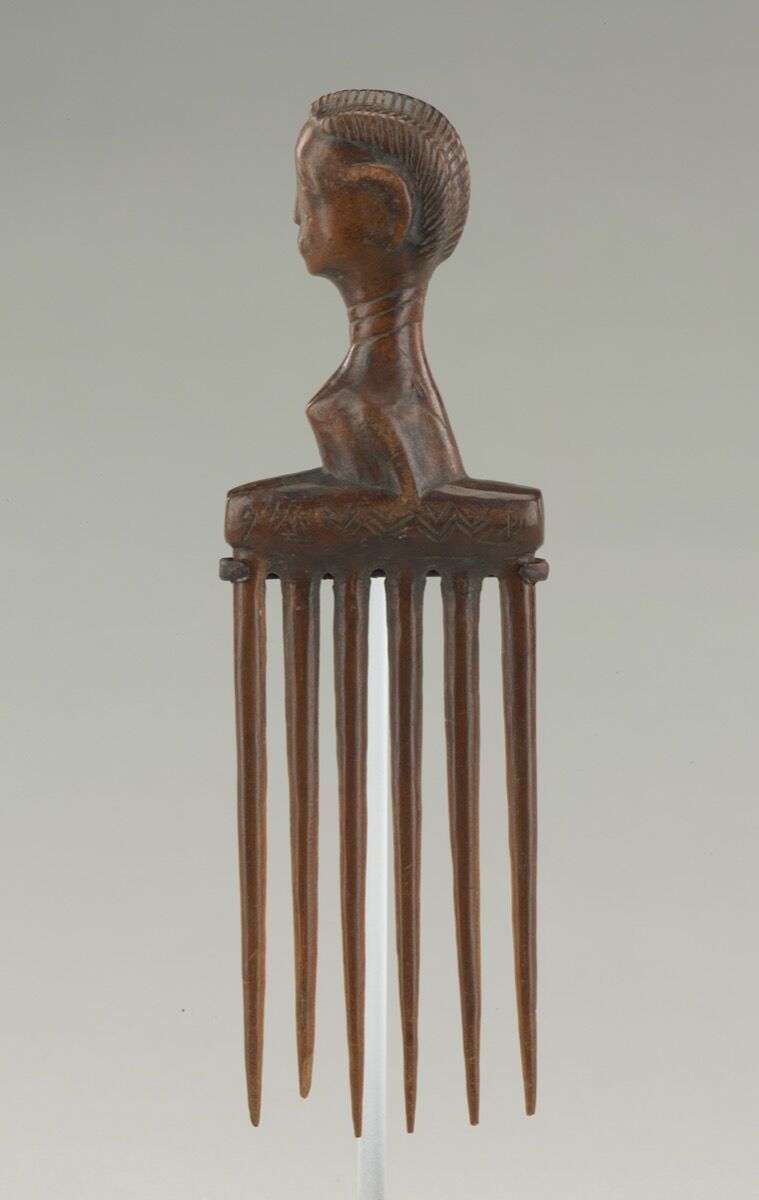 
The curators also address the possibility of viewer bias, engendered by long-standing Western art-historical tropes connected to the naked female body. The exhibition aims to present figures of nude African women in a way that’s totally unencumbered by the problematic gazes of white male artists. Instead, the curators situate the objects within a historical context that celebrates their models’ role in shaping their communities. Viewers can look at these sculptures and consider the bodies they represent—not as symbols of exploitation, but as figures with power and agency.
As we bear the emotional, economic, and political fallout of this global health crisis, “A Perfect Power” offers an opportunity to reconsider our ideas on community and kinship. We can follow the examples set centuries ago by these female African matriarchs to better understand our own personal power and how we can wield it for the greater good. The show asks us to dig deeper so that—as family members, friends, neighbors, citizens, and simply human beings—we can model care and protection for our communities.
Niama Safia Sandy
Related Stories