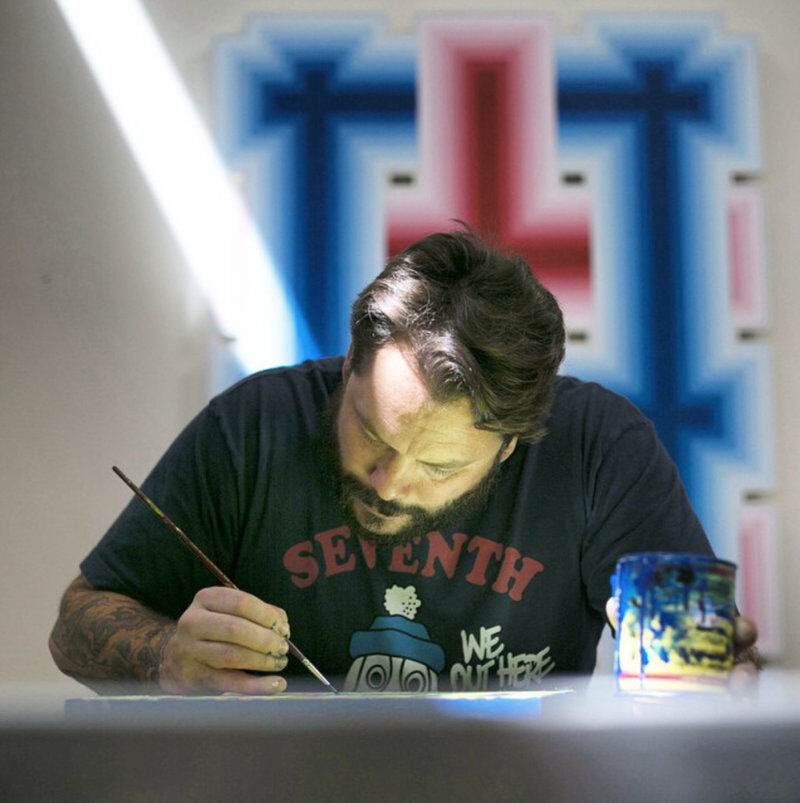 Relocating to the west coast signaled a return to his Californian roots: the contemporary artist and graffiti writer was born as Jason Williams in Riverside in 1977. His work is, at least in part, a product of the place. Revok reportedly found early inspiration in comic books, skateboarding culture, his father’s ’60s and ’70s record collection, and the region’s burgeoning graffiti scene. Later, as one of L.A.’s most prominent street artists, Revok exhibited work at MOCA and the Pasadena Museum of Contemporary Art. He also got caught up in the battle against city officials attempting to regulate graffiti and street art—what could be more downtown L.A. than that? 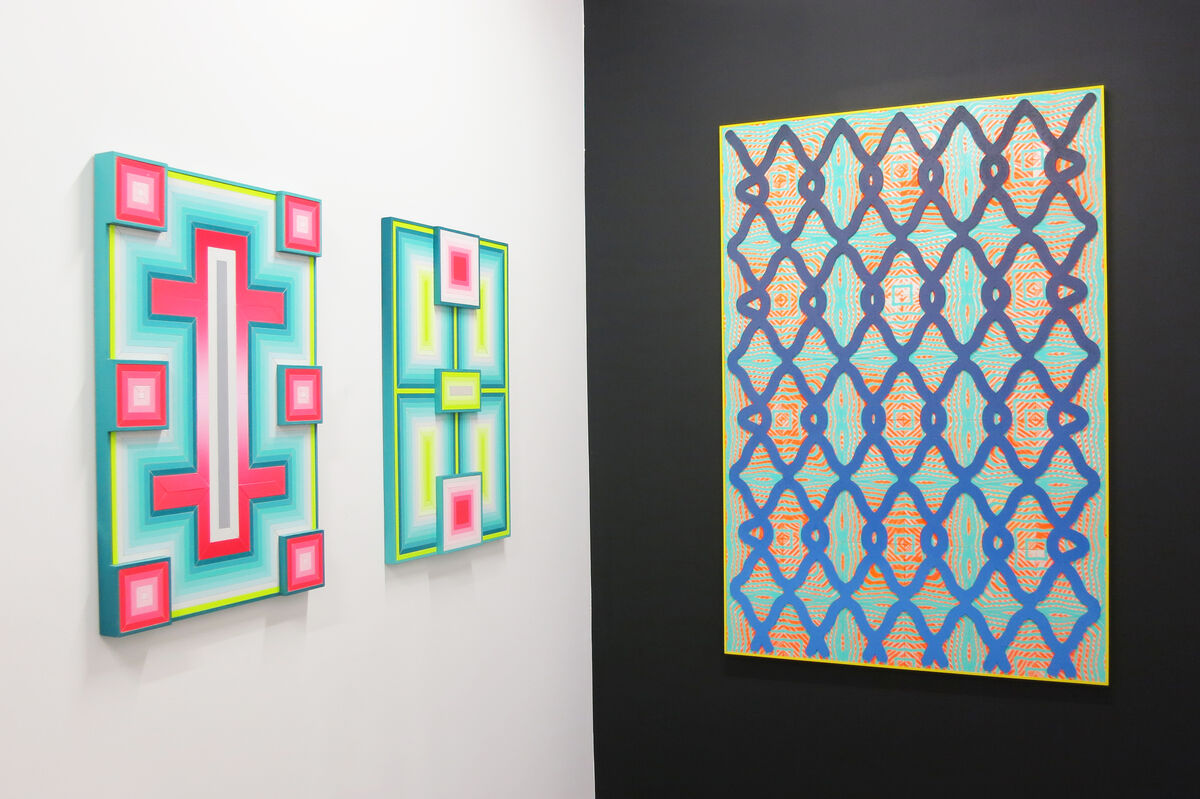 Yet Revok jumped on the opportunity to live and work in another American street art capital for a time. In Detroit, he worked with found materials salvaged from the abandoned houses and buildings of the city’s most down-and-out neighborhoods, crafting imposing 3D sculptures and building a closer professional relationship with Detroit’s pioneering Library Street Collective. Advertisement
It’s unsurprising, then, to know that the artist and gallery remained closely linked even after Revok returned to Los Angeles in 2013 and changed direction with his work, shifting his conceptual focus to the intersection between technology and human life. Library Street Collective is the force behind his new exhibition of large-scale hand-painted wood assemblages. The pieces are covered in vibrant geometric patterns that appear, at first, to be computer-generated. But as the gallery’s director, JJ Curis, points out, “upon close inspection, the artist’s hand is revealed through flaws and imperfections… this is the creation from a man’s hands and consciousness and not that of a machine.”