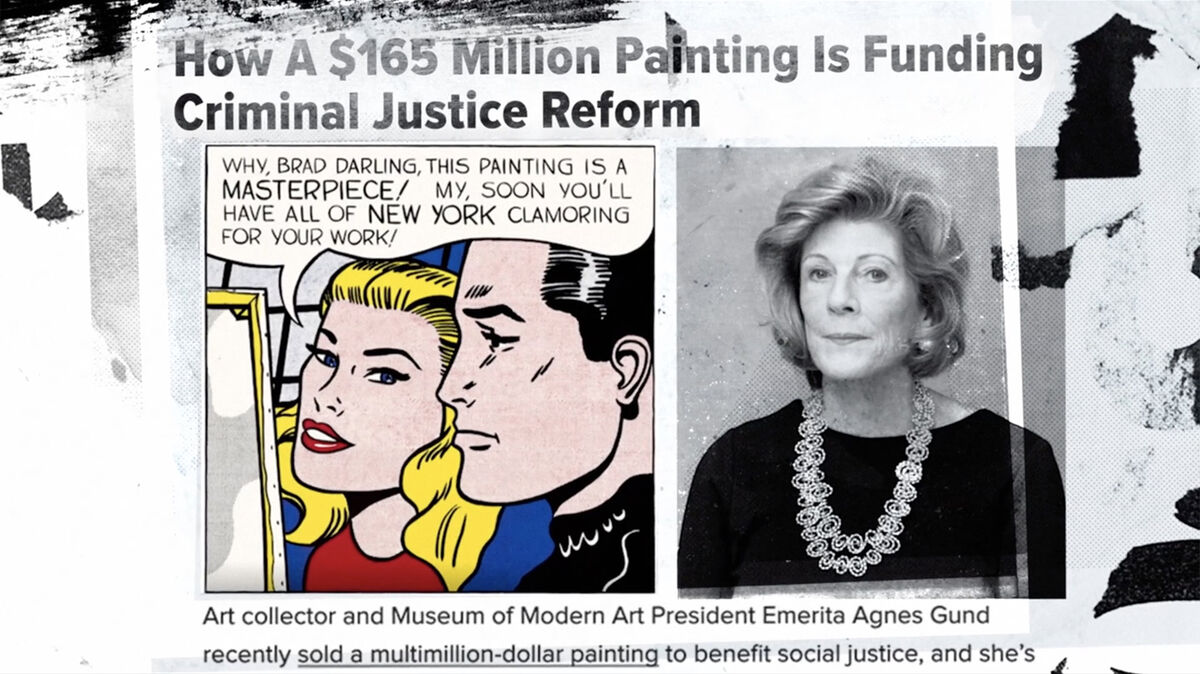 Three years ago, the philanthropist Agnes Gund sold a prized
Roy Lichtenstein
painting for a staggering $165 million, using the proceeds to start the Art for Justice Fund—a nonprofit that aims to end mass incarceration in the United States. To date, the organization has already dispersed more than $58 million in grants to artists and advocates whose work focuses on safely reducing the prison population, promoting justice reinvestment, and creating art that changes the narrative around mass incarceration. The following year, the New York Times ran a profile on the mega-collector with the headline: “Is Agnes Gund the Last Good Rich Person?” The implication is telling; not many collectors of her caliber are particularly beloved. As the art market skews increasingly towards headline-grabbing nine-figure sums, and works of art are seen more and more frequently by the collecting-class as fiscal investments to be placed in storage and resold at a later date, the scene has garnered a bit of a bad reputation.
A new documentary, Aggie, made by Gund’s daughter, the filmmaker Catherine Gund, further illuminates the depth of Agnes Gund’s generosity and commitment to the arts. Upon being asked why she, of the many ostensibly well-to-do art collectors and philanthropists, was held in such high esteem, the 82-year-old Gund offered a plain answer. “If that’s true, and I’m not sure it is, it’s because I give a lot of things away,” she said, with a touch of dry humor. “Most everything I have now has a home some place.” She’s not exaggerating—in addition to serving as its president from 1991 to 2002, Gund has donated over 900 works of art to New York’s Museum of Modern Art alone. 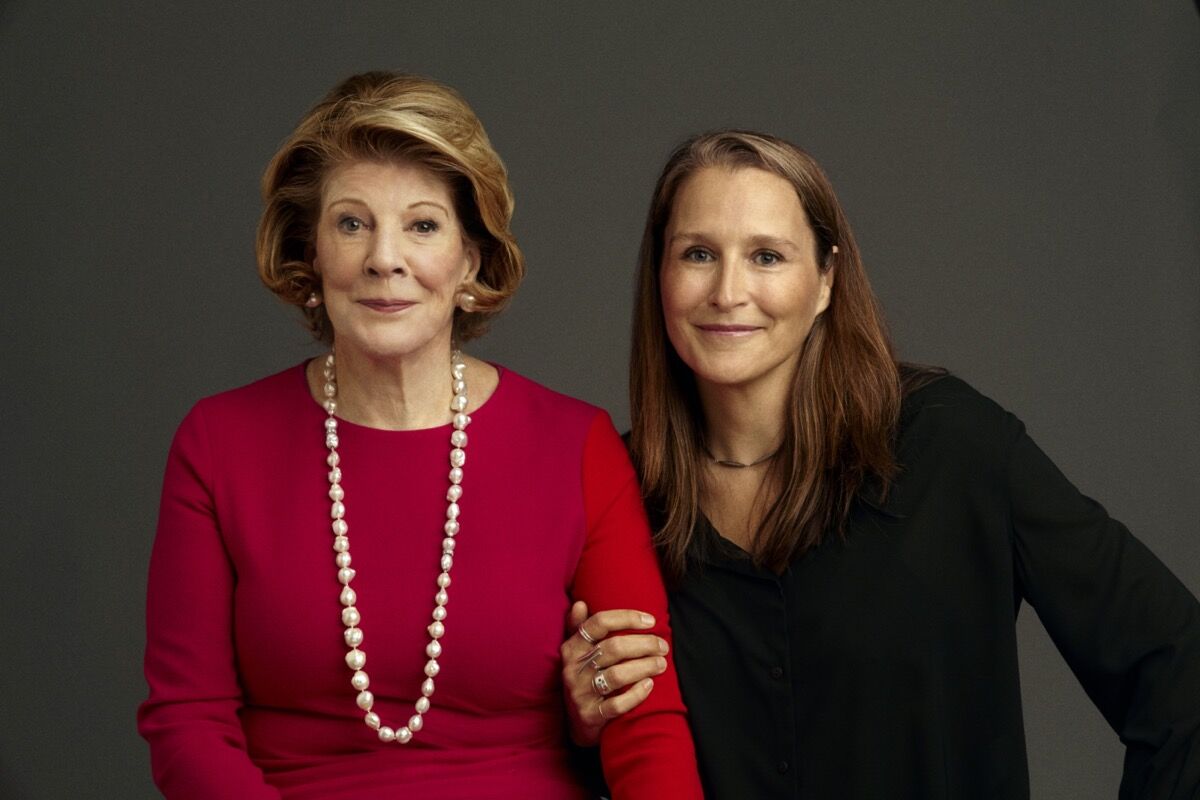 “Clearly it’s true, whether she wants to believe it or not,” said filmmaker Catherine Gund. “I think at the base it is her generosity, but it’s also her friendships.” Aggie is no doubt a testament to such close ties; the film shows dozens of artists fawning over their personal relationships with Agnes, and features the likes of
Glenn Ligon
, Thelma Golden, and
Julie Mehretu
interviewing Gund, revealing deep connections that far surpass a typical collector-artist or donor-curator relationship.
The daughter of a successful Cleveland banker, Gund grew up in Ohio and was the second of six children, with four brothers and one sister. “I was always aware that the boys were favored and the boys were what my father wanted,” she tells artist
Teresita Fernández
in the documentary. “My father wanted the boys to succeed and didn’t really care if the girls did or not.” In 1966, her father died of leukemia; she was surprised to find herself included in his will.
Gund made her first major art purchase in 1969 when she bought a large
Henry Moore
sculpture from
Sidney Janis Gallery
. “When I got it I felt very guilty. It cost a lot of money,” she said. “I felt guilty because I just kept thinking, ‘Why do I have the privilege to get this stuff?’ I decided from then on that most of everything that I bought I would give someplace.” The Moore work has since been donated to the Cleveland Museum of Art. “I think guilt is something that most people have, and it must turn into action in one form or another rather than just sit there. Guilt has all kinds of ramifications,” she said. 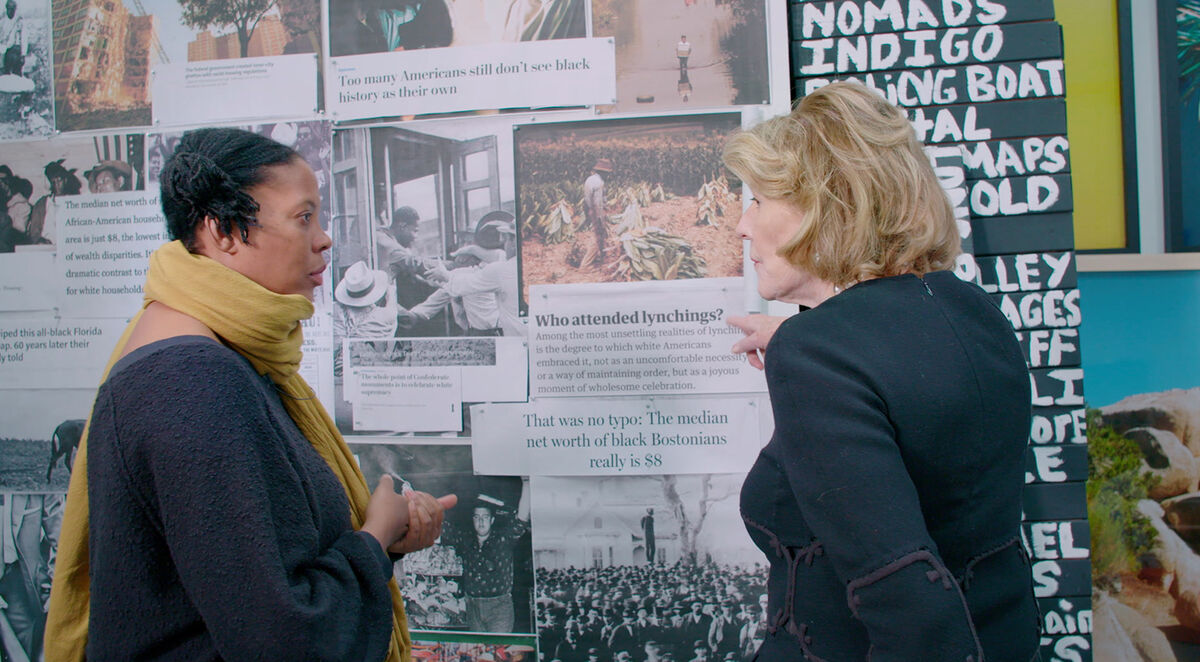 Advertisement
Gund added that she initially wanted all her donations to be anonymous, but one of her brothers advised her against it because, much to her chagrin, having her name attached on wall plaques across the world would have greater resonance and ultimately inspire others to donate art. “As much as I don’t want that to be true,” she said, “it is.”
After attending Connecticut College, she married Albrecht Saalfield, with whom she would have four children. Living in Greenwich, Connecticut, with Saalfield and their children, she joined the board of MoMA in 1976. The following year, she launched Studio in a School, an organization that brings visual arts programing to New York City public schools. More than 40 years since its inception, Studio in a School has brought art classes to more than 800,000 students across New York’s five boroughs, and in 2016, it expanded by opening up a second branch known as the Studio Institute. Gund explained that, of all her massive and notable accomplishments, Studio in a School remains her proudest feat. 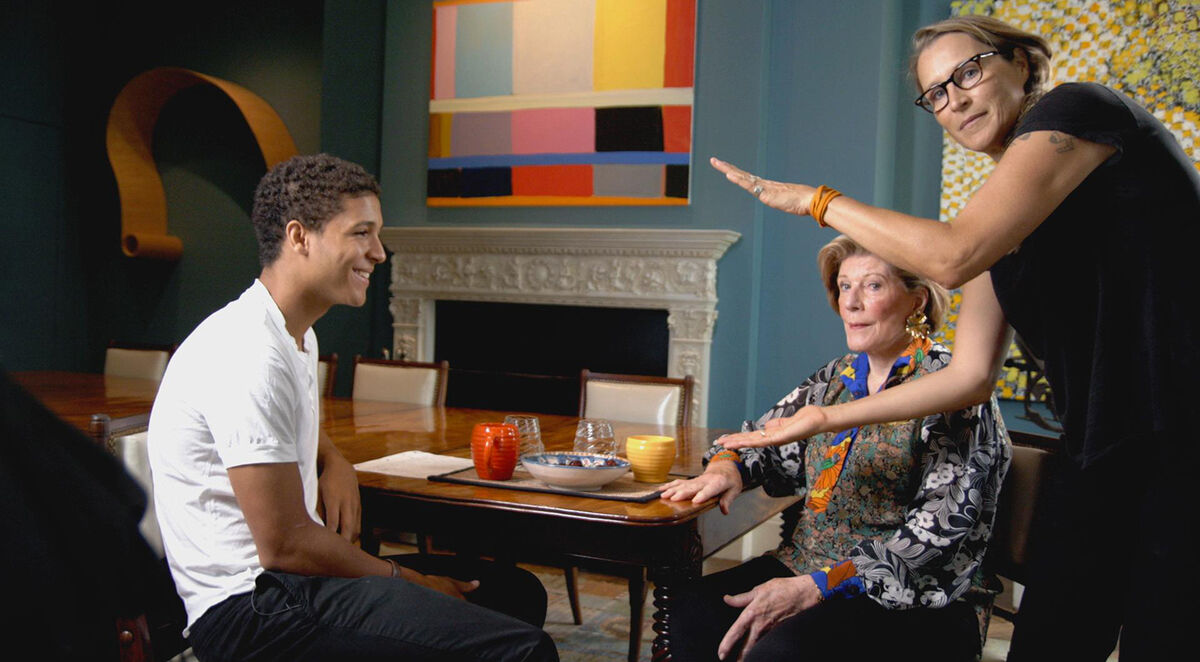 One year after founding the program, Gund went to Harvard’s Fogg Museum for a degree in art history, and by 1980, she had divorced Saalfield and moved to New York City with her four children. In just over a decade in New York, she had become the president of MoMA and a staple of the community, known for championing underrepresented voices. She has sat on a slew of museum boards since, and remains a lifetime appointee to quite a few.
Famously timid, the documentary opens with Agnes and Catherine together in the backseat of a car. “What do you think of this film?” Catherine asks her mother. “I hope that the film will not be seen by too many people,” Agnes replies. “The most challenging and fascinating aspect was trying to make a film about someone who doesn’t want to be in one,” Catherine explained. The project originally stemmed from Catherine’s desire to film a series of interviews between herself and her mother. When the first interview between them felt stale, however, she decided to bring in some interlocutors. First she brought in Agnes’s grandchildren to carry out the interviews, and eventually artists and curators started conducting them. Catherine filmed about 35 interviews in total, and used footage from just over half in the film.
“I never intended to make a film about my mother. I would prefer to just have our relationship be our relationship and not try to parse it on film or in public,” said Catherine. “What propelled me was the incredible act of her selling the [Lichtenstein] with the intention of ending mass incarceration. I thought that model was an important one for others to follow.” It’s notable that, prior to selling the Lichtenstein, the painting had hung on Agnes’s mantle for 40 years, and that Roy and Dorothy Lichtenstein were very close friends of Agnes’s. “I really did have that painting settled into my life,” said Agnes. “I miss it all the time. It was almost always up except when I loaned it twice for exhibitions. But what it has gained as an object is much more than what it was.” In the three years since this momentous sale, Agnes Gund’s Lichtenstein has become the barometer for what can be accomplished when such price tags are achieved. “It’s like you throw a stone in a pool and it creates all kinds of reverberations,” she said. “This painting did that.”
Wallace Ludel
Correction: A previous version of this article mischaracterized the intent behind Gund’s decision to forego anonymous donations. The article has been updated to more accurately reflect her intentions.
Related Stories

Inside My Collection: Rob and Eric Thomas-Suwall