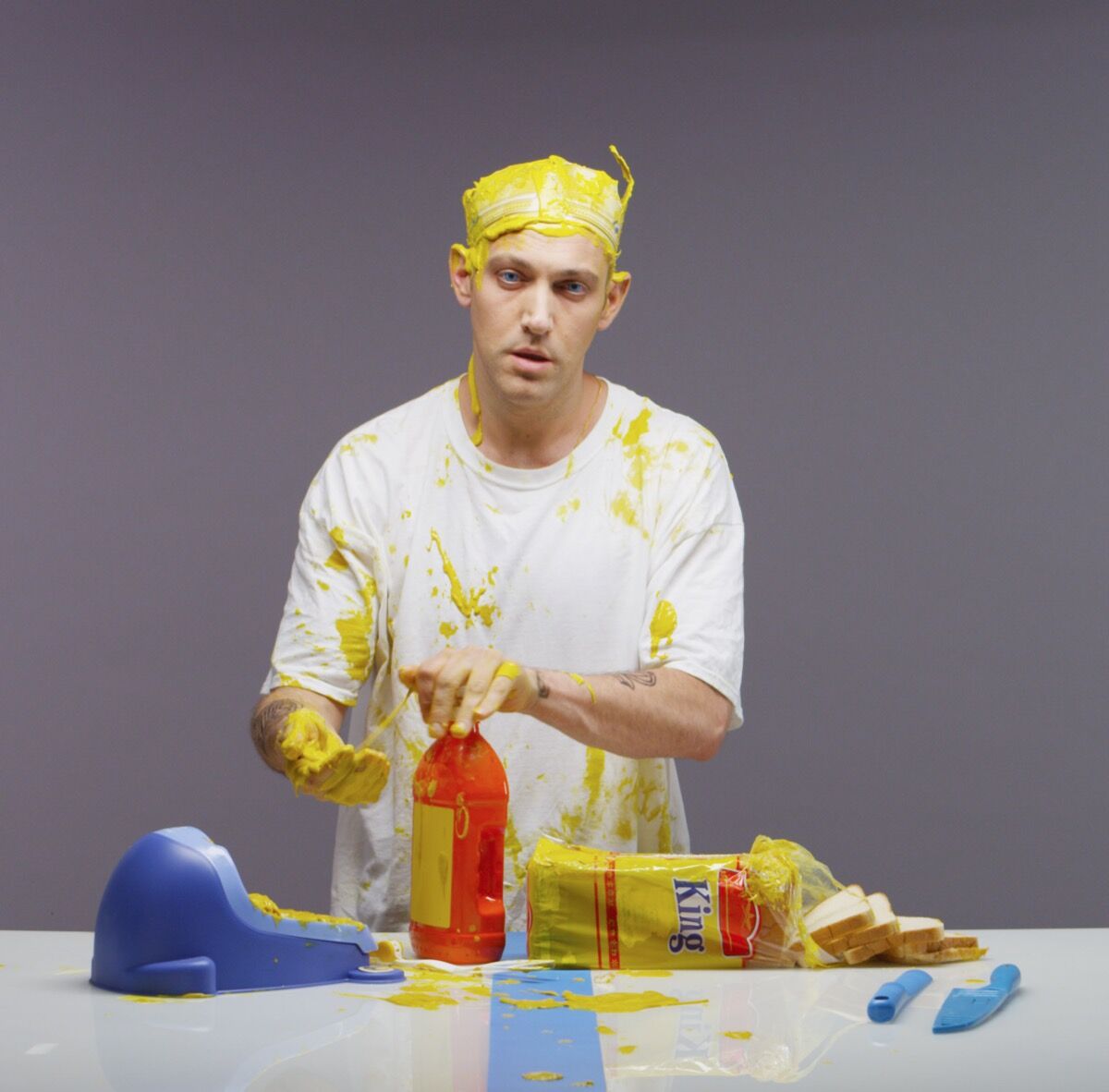 It’s the morning after
Alex Da Corte
unveiled his new exhibition, “Bad Land,” at Josh Lilley, London. There is an amiable but difficult conversation going on about neighbors disturbed by the opening night. But inside the gallery there is no sign of chaos. Like all of Da Corte’s work, “Bad Land” is a display of technical and aesthetic perfection; wisps of odorless, atmospheric smoke fill the air, the colours are popping, the neon glows seductively, ambient sounds embrace you, and thick, plush carpets, smelling like a showhome, take you down the stairs.
The exhibition is a continuation of Da Corte’s fascination with Marshall Bruce Mathers III, a.k.a. Eminem, a.k.a Slim Shady. On opening night, several Eminem-as-Slim impersonators showed up, as part of an anti-performance (inspired by a crowd of faux Slim Shadys that Da Corte saw back in 2000, as they were on their way to swarm Radio City Music Hall for the rapper’s iconic performance at the MTV VMAs). 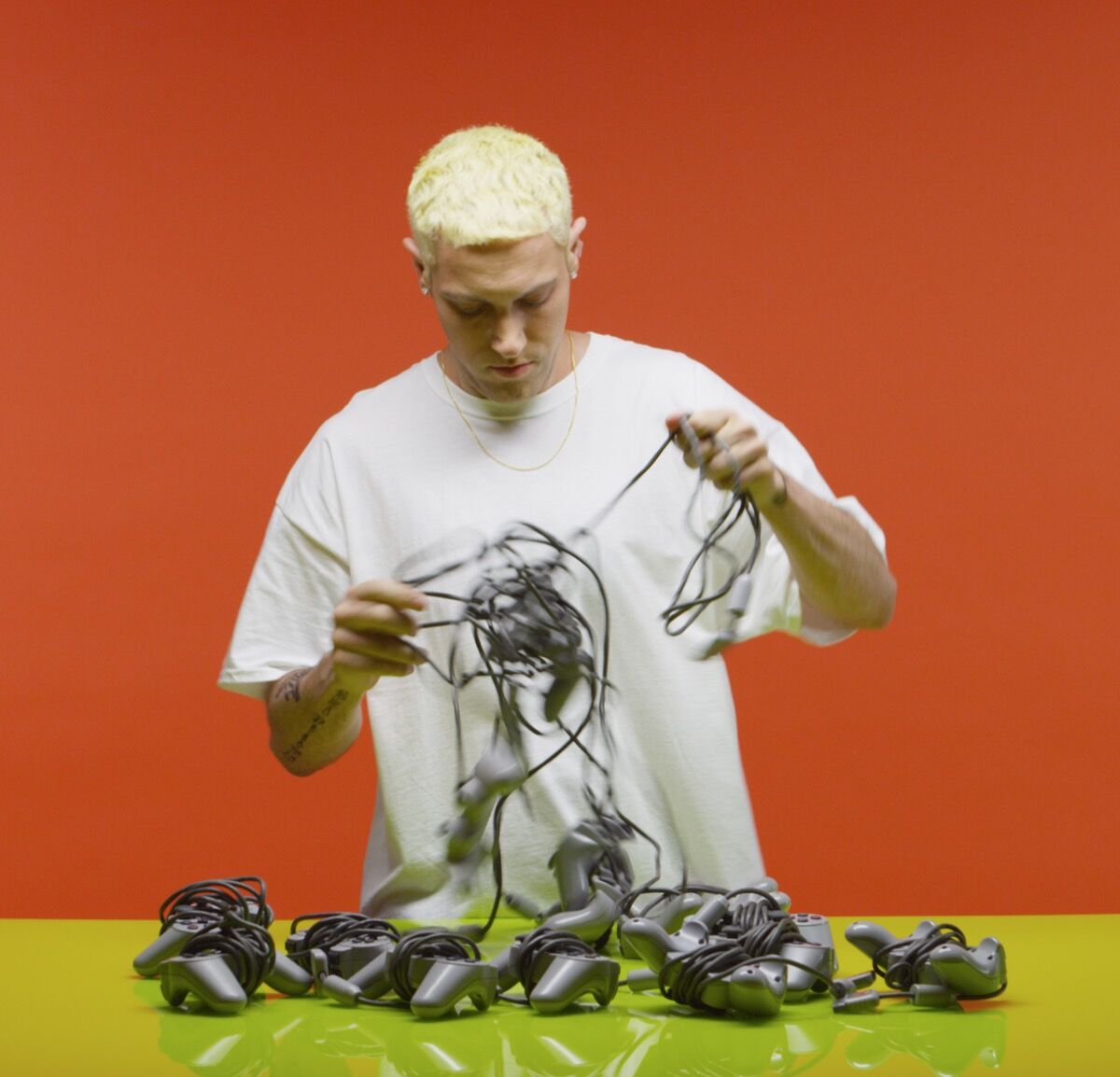 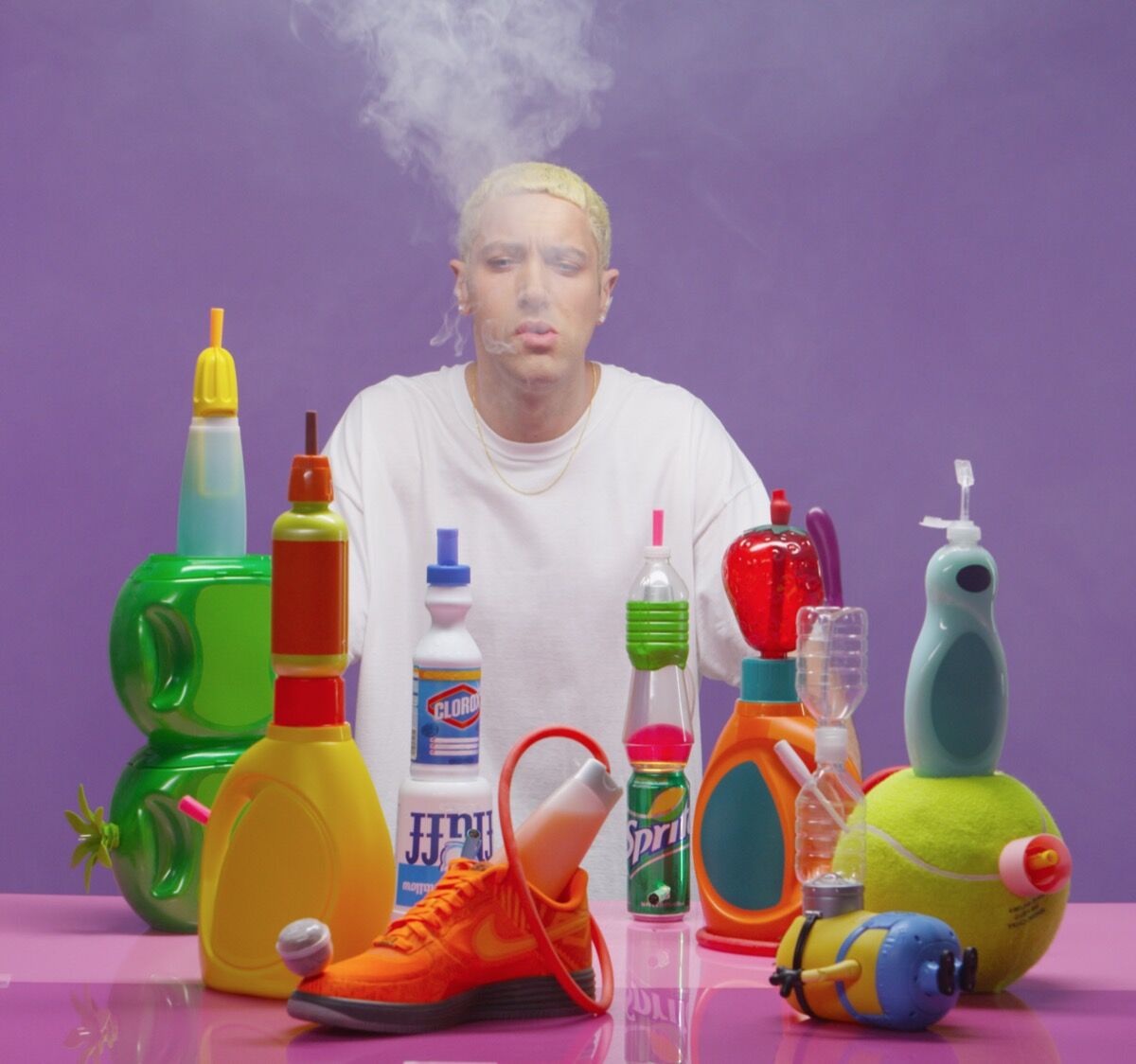 The artist first began impersonating Eminem in his work after another chance encounter: A friend sent him a picture of the rapper at the Louvre, thinking that it was Da Corte. It got him thinking about the human figure beneath the stage character, Eminem’s violent, misogynistic, alter ego Slim Shady, and how he might be able to empathize with a person he felt so totally politically opposed to.
Eager to identify with his lookalike, Da Corte began, as he does in his sculptural works, with the surface: the clothes, hair, and mannerisms. He already closely resembled the rapper, albeit a taller, slighter, brunette version. In previous exhibitions at Wake in Detroit and Joe Sheftel in New York, this exploration manifested as a psychological study of the contemporary American icon, an imagining of Eminem as vulnerable and flawed, outcast and misunderstood.
A key example of this work the 2013 video in which Da Corte, impersonating Eminem, locks eyes with the camera while eating a bowl of cereal. The work is influenced by Jørgen Leth’s video portrait, Andy Warhol Eating a Hamburger, from the 1982 film 66 Scenes from America. As Da Corte explained in a panel talk with Leth at the Louisiana Museum of Modern Art in 2016, “to watch someone eat is to see someone at their most vulnerable and basic state.” 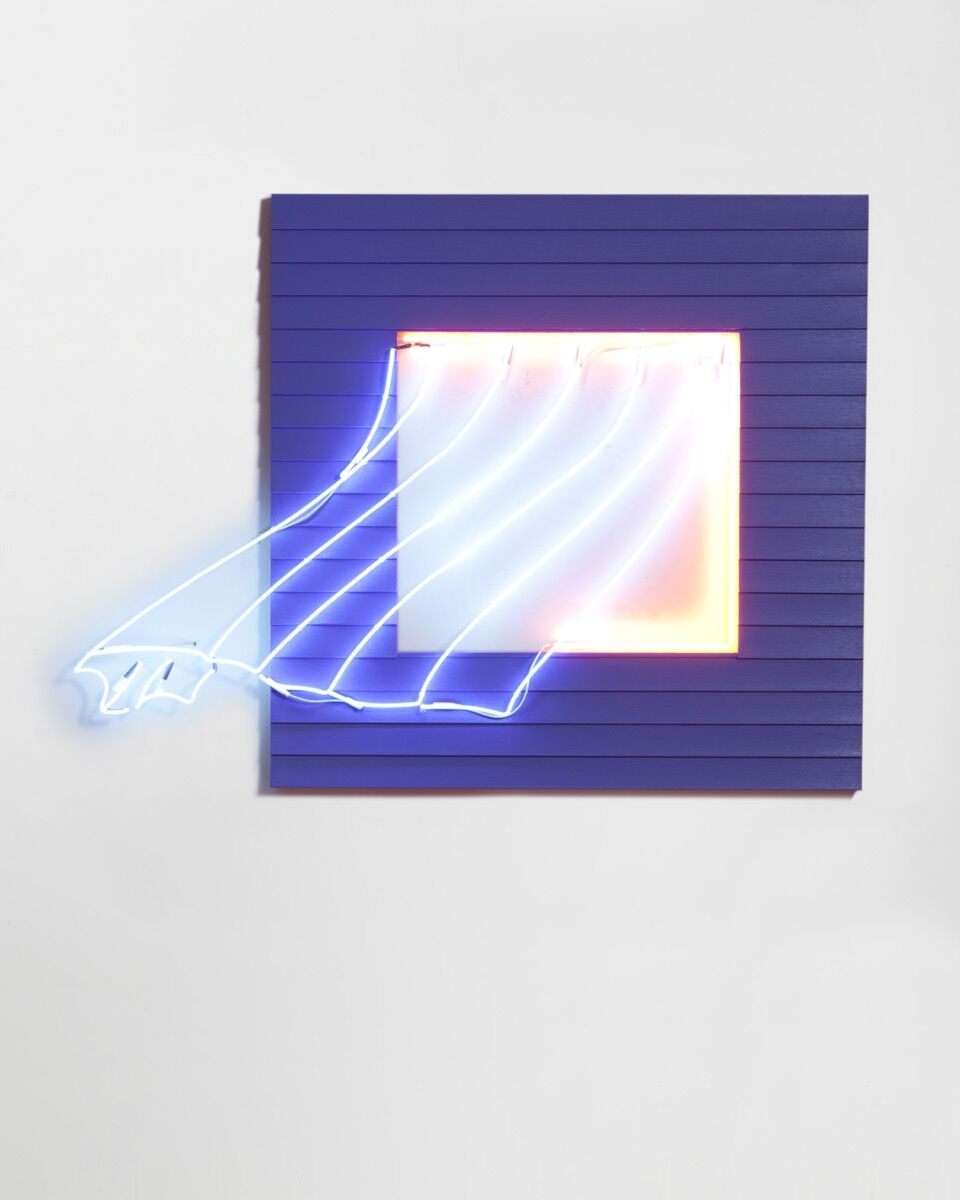 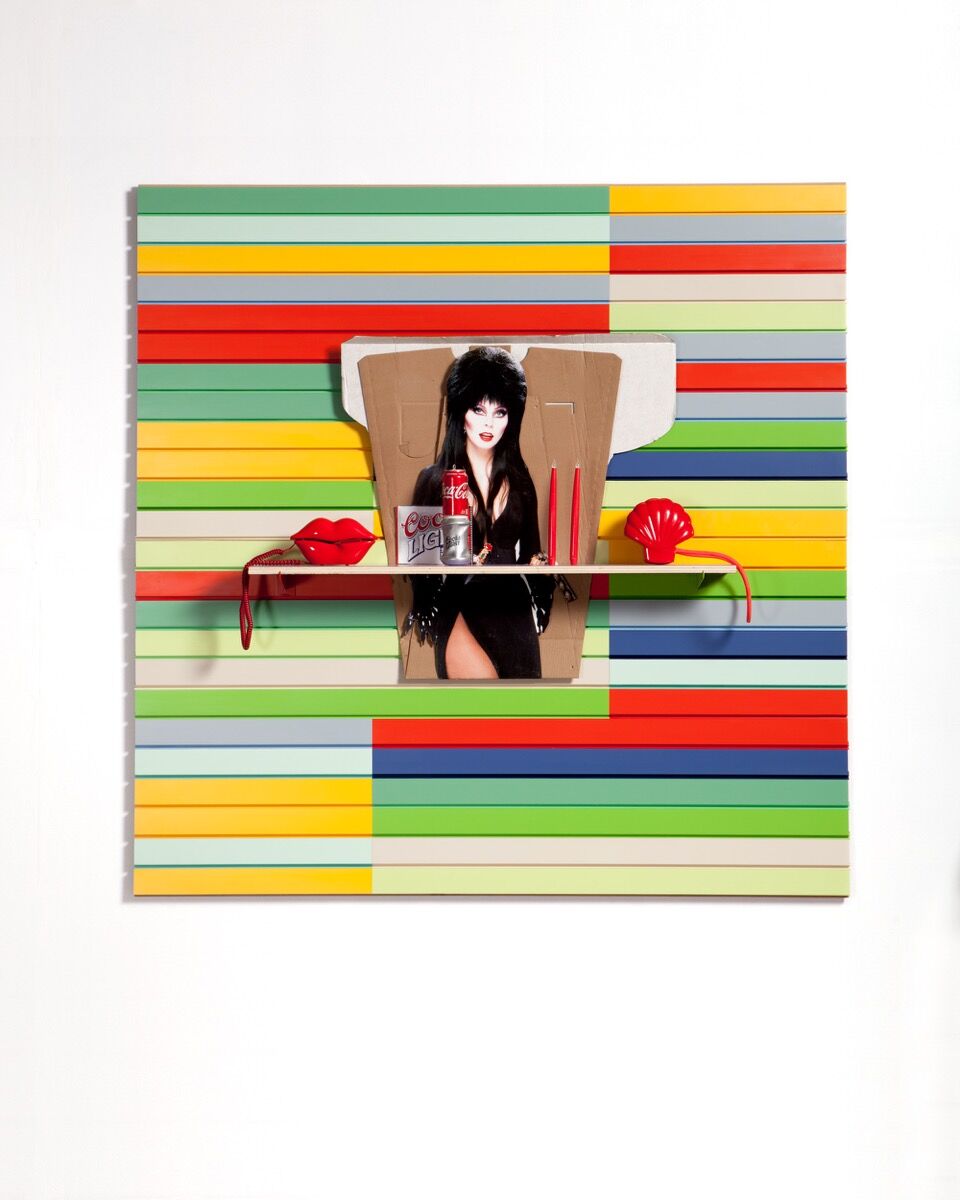 Advertisement
A viewer could easily see Da Corte’s work as cynical, from its delectation in surface and use of familiar objects to pop culture references and kitsch-cool. It’s the kind of Insta-pop that millennials go mad for. But that’s not the artist’s intention. “My work is not cynical at all,” Da Corte tells me when I find him, as it happens, eating pasta in a tiny Italian restaurant near the gallery.
“People think my work is very fast, because the colors are hot, and the images are accessible; it uses the language of advertising,” Da Corte explains. “But it’s really slow; it’s about slowing down.” It is, also, critical: There is a profound criticism of our way of seeing, knee-jerk responses and judgmental attitudes, especially among the privileged classes, to things that are perceived as “bad taste.”
At “Bad Land,” the audience walks through four rooms, arranged as scenes, that the artist conceived as a 3D film, a narrative led by colours and mood. Each room is centered on a series of objects: a giant white Adidas sneaker; a table laden with bong-sculptures fashioned out of Sprite cans; and plastic products we’re used to seeing at the supermarket, like Clorox and marshmallow Fluff, which represent the borders of class and taste. The neon crown that hangs on the wall in the next room is a reference to Pat’s King of Steaks, a famous cheesesteak joint in Philadelphia, which is across the street from a rival establishment that is known for being racist and homophobic. It’s these borders that Da Corte wants to confront. “How can we create empathy when we live in a world of trash?” he asks. 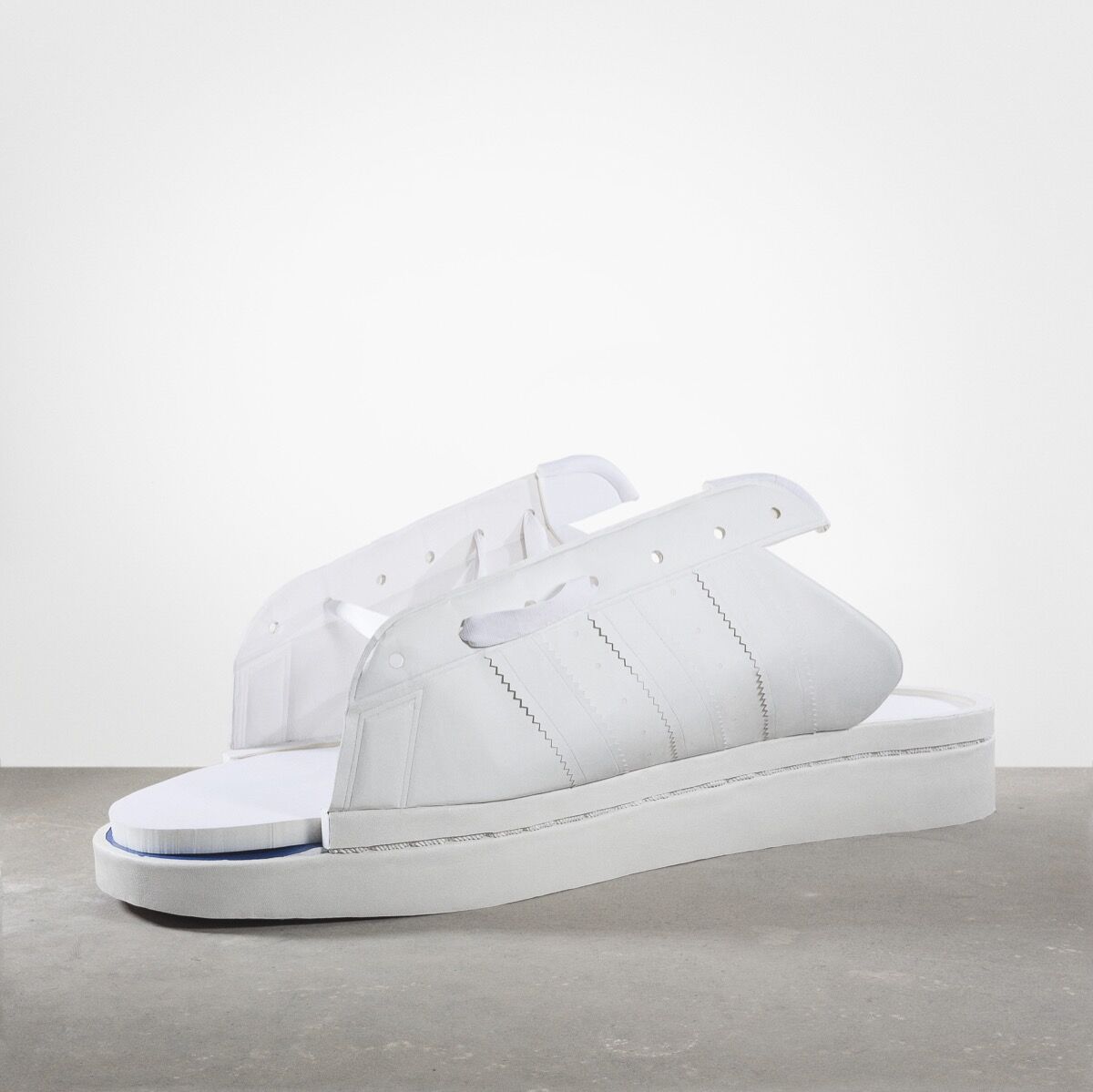 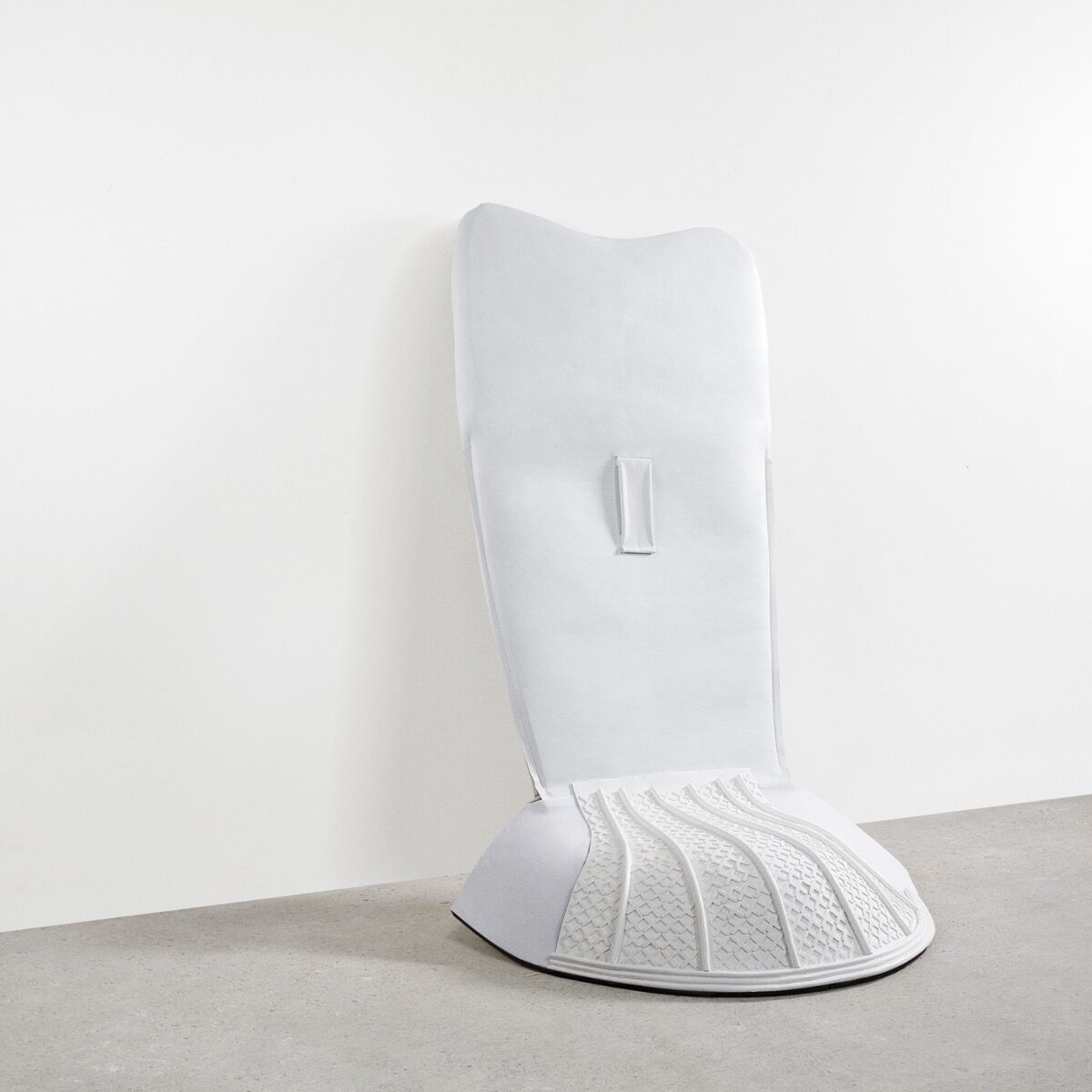 No doubt his own experiences and upbringing have informed this desire to understand difference. Born in New Jersey, Da Corte’s early years were spent in Venezuela, but his family later moved to Pittsburgh (the home of Heinz ketchup) and later the suburbs of Philadelphia. He now lives in the city, which he says is “the best,” but he still has a conflicted relationship with the suburban environment, which is explored in his art. “All of my work is about suburbia,” he offers.
Da Corte’s work is undoubtedly, also, about empathy—about understanding the things that repulse us—but he does it through objects, rather than people. “I’m more comfortable with objects than with people,” he admits. “I’m a loner, not anti-social, but I guess I’m more in my head.”
The only human presence in the exhibition can be seen in the three video works of Da Corte as Eminem. The videos loop on screens installed on the gallery floor, in the corner of each room. In one, Da Corte as Eminem smokes from the bongs that appear on the table, and then convulses with laughter and seems to contort as though being tormented by inner demons—hardly the bravado of a seasoned stoner that usually accompanies the image of a rapstar. 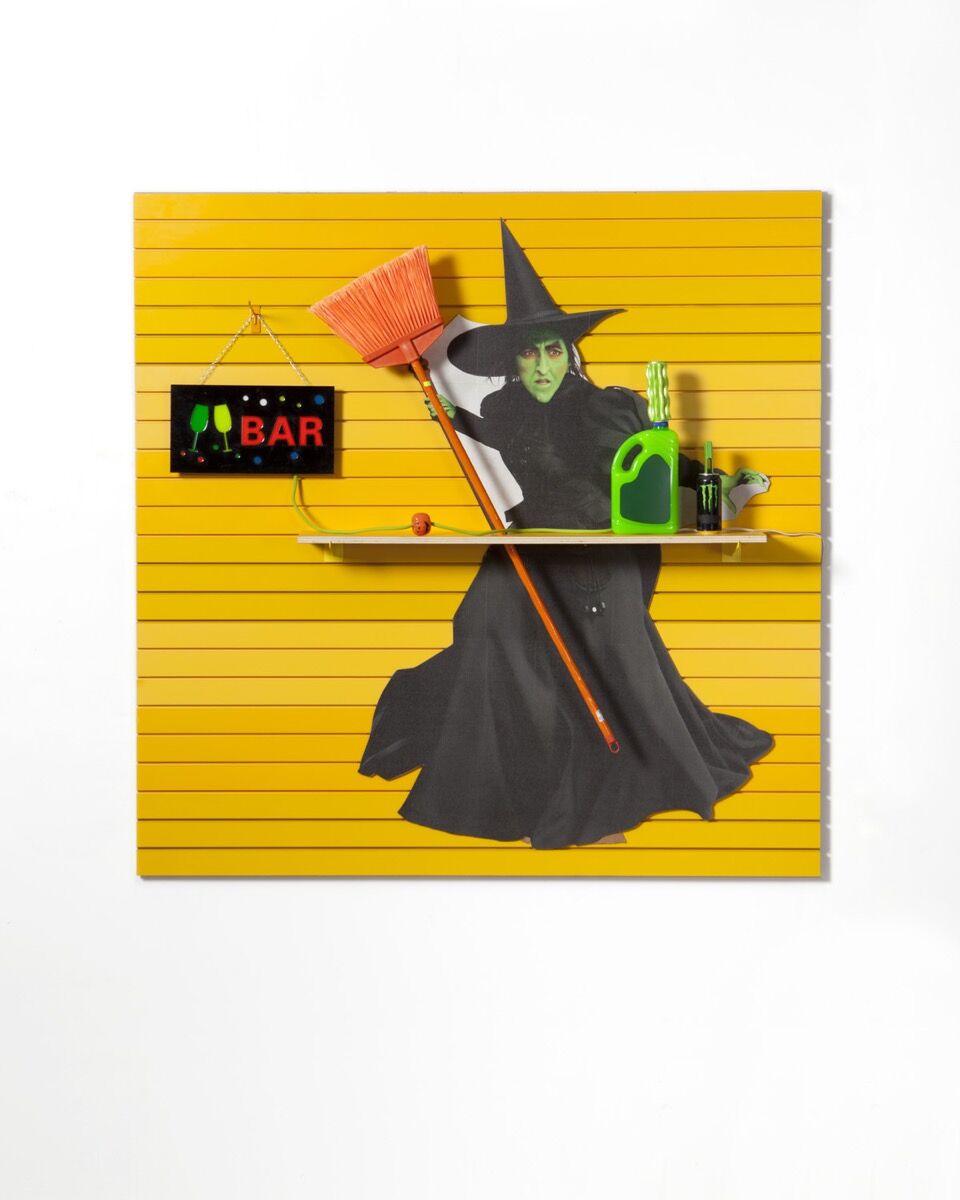 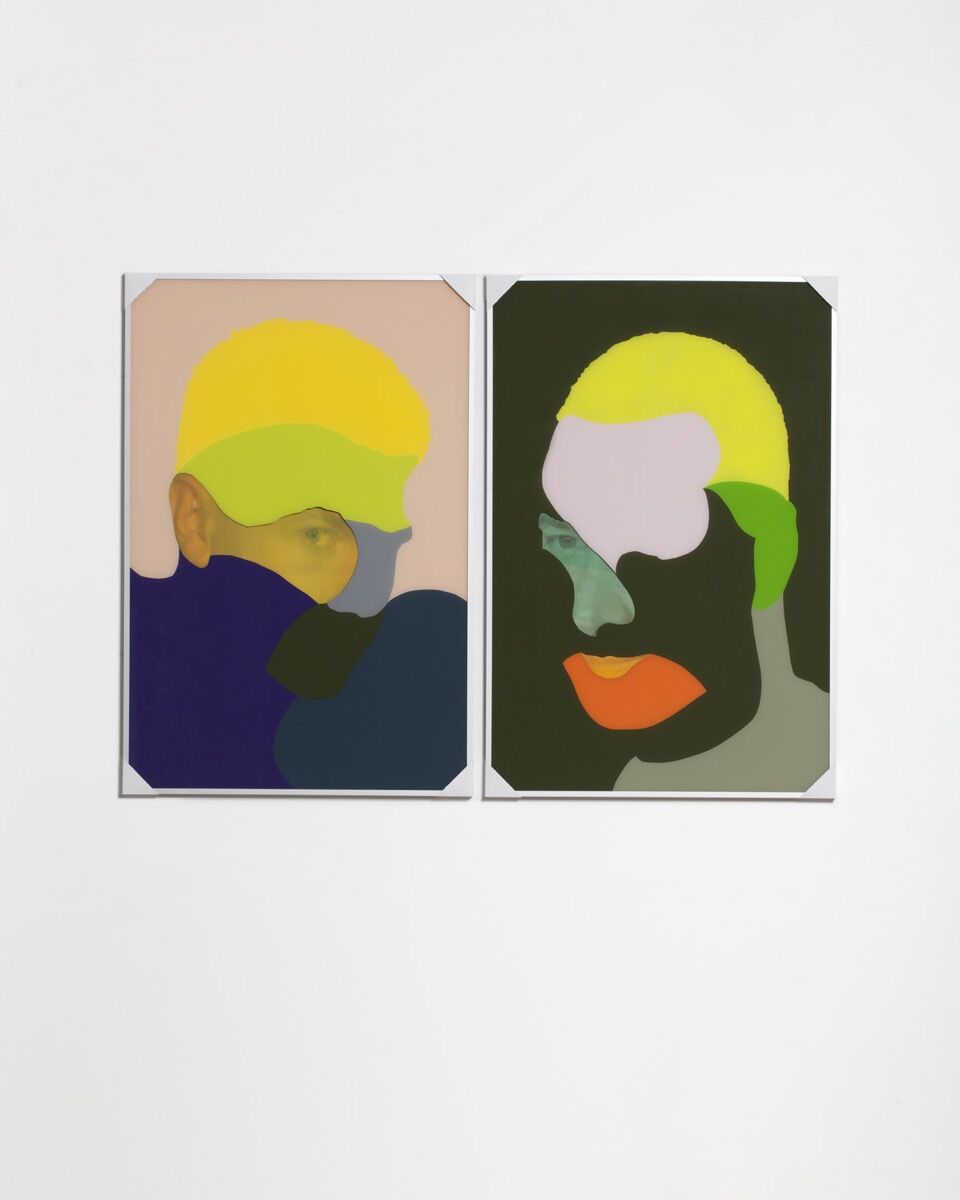 Not typically a weed smoker himself, Da Corte seems slightly traumatized by the experience of making that video. “It was terrifying,” his studio manager agrees. The last video chapter of the trilogy, in which Da Corte covers himself with mustard, was shot an hour later; you can still see the high lingering in his eyes.
We might never find out who the “real” Slim Shady is, but if we shun everything that isn’t the same as us, Da Corte seems to suggest, we end up living in the madness of times like these.
Charlotte Jansen
Related Stories