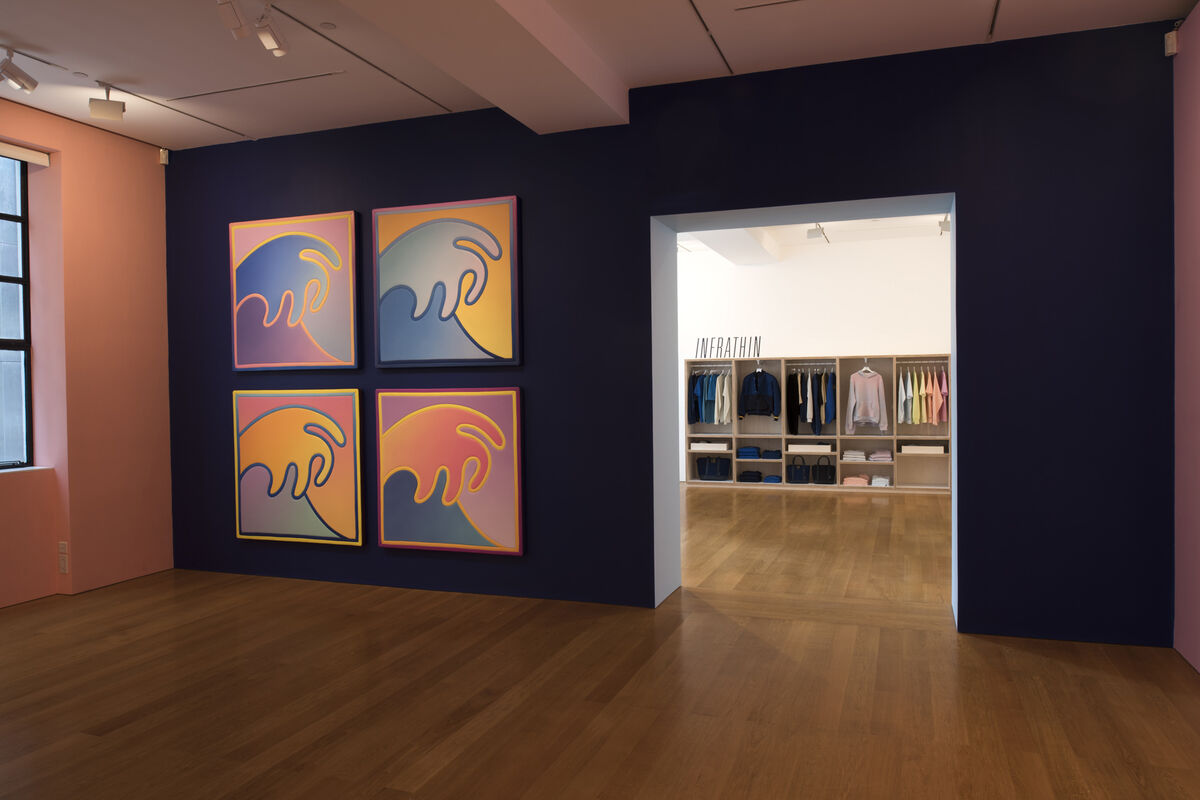 Most people might not get why the artist
Alex Israel
’s new unisex athleisure clothing line has been given the seemingly inscrutable name “Infrathin.”
“It sounds like it could be a weight-loss program, or a technical fabric, or something that, if you wear it, looks very flattering,” Israel said in the early hours on Thursday, calling from the ancient city of Angkor Thom in Cambodia. “And I like all those strange associations because they don’t have anything to do with its meaning.”
The name is actually a reference to the trinkets that
Marcel Duchamp
used to sell while sitting in booths at expos such as the 1935 Concours Lépine inventor’s fair—items that were explicitly designated as not being art, but were made by an artist who sometimes took a shovel and deemed it a ready-made sculpture.
Israel takes a similar approach to his extracurricular activities—his first foray into apparel was his line of sunglasses, Freeway, which debuted in 2010. He dropped Infrathin on May 24th at a pop-up shop within Gagosian’s Hong Kong gallery, which is running concurrently with his show, “New Waves.” There are T-shirts, shorts, pants, swim trunks, sweatshirts, hats, varsity jackets, and bags in two sizes. And while Israel isn’t the first artist to create merch, it’s less a frivolity than a performance integral to the actual show, and to his practice in general. 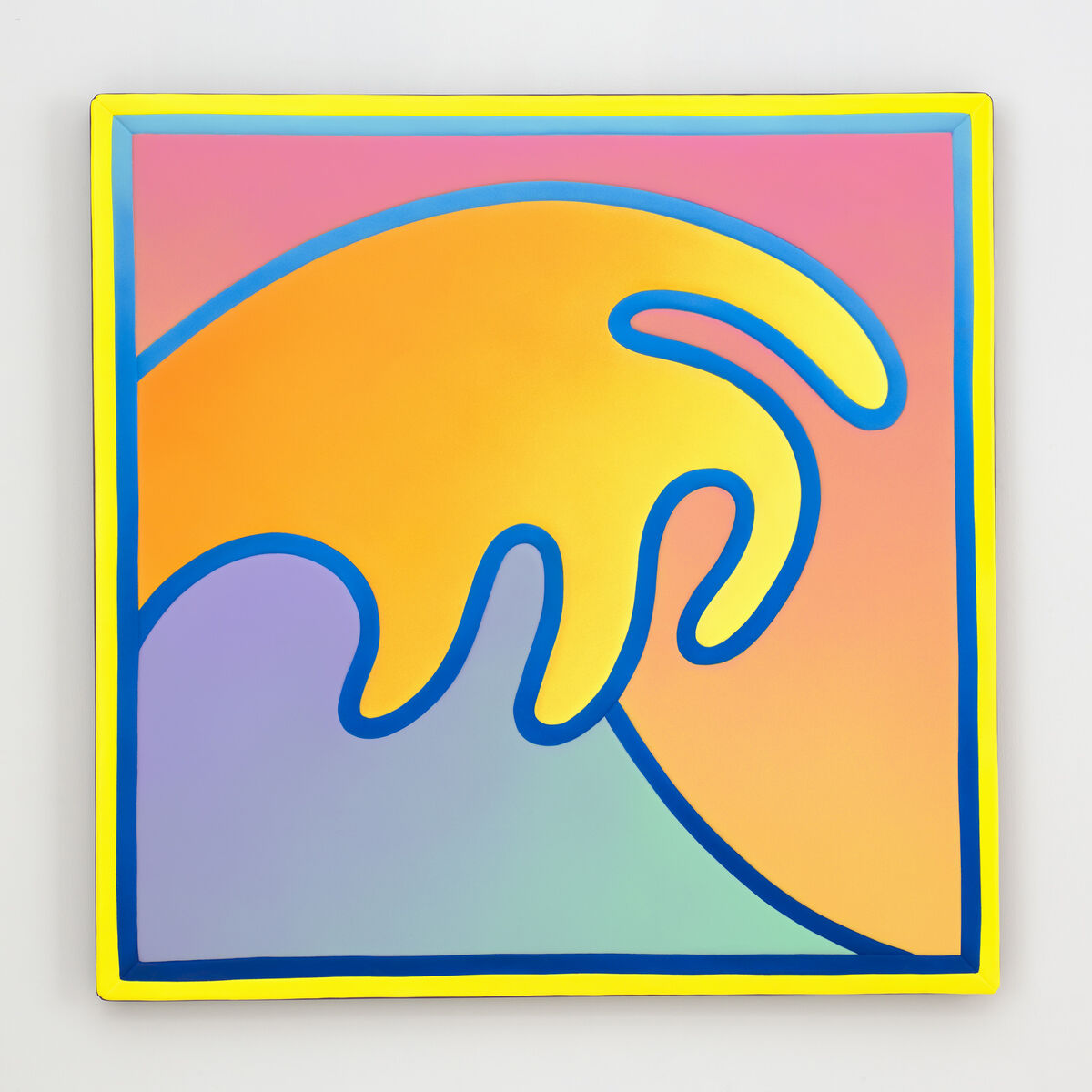 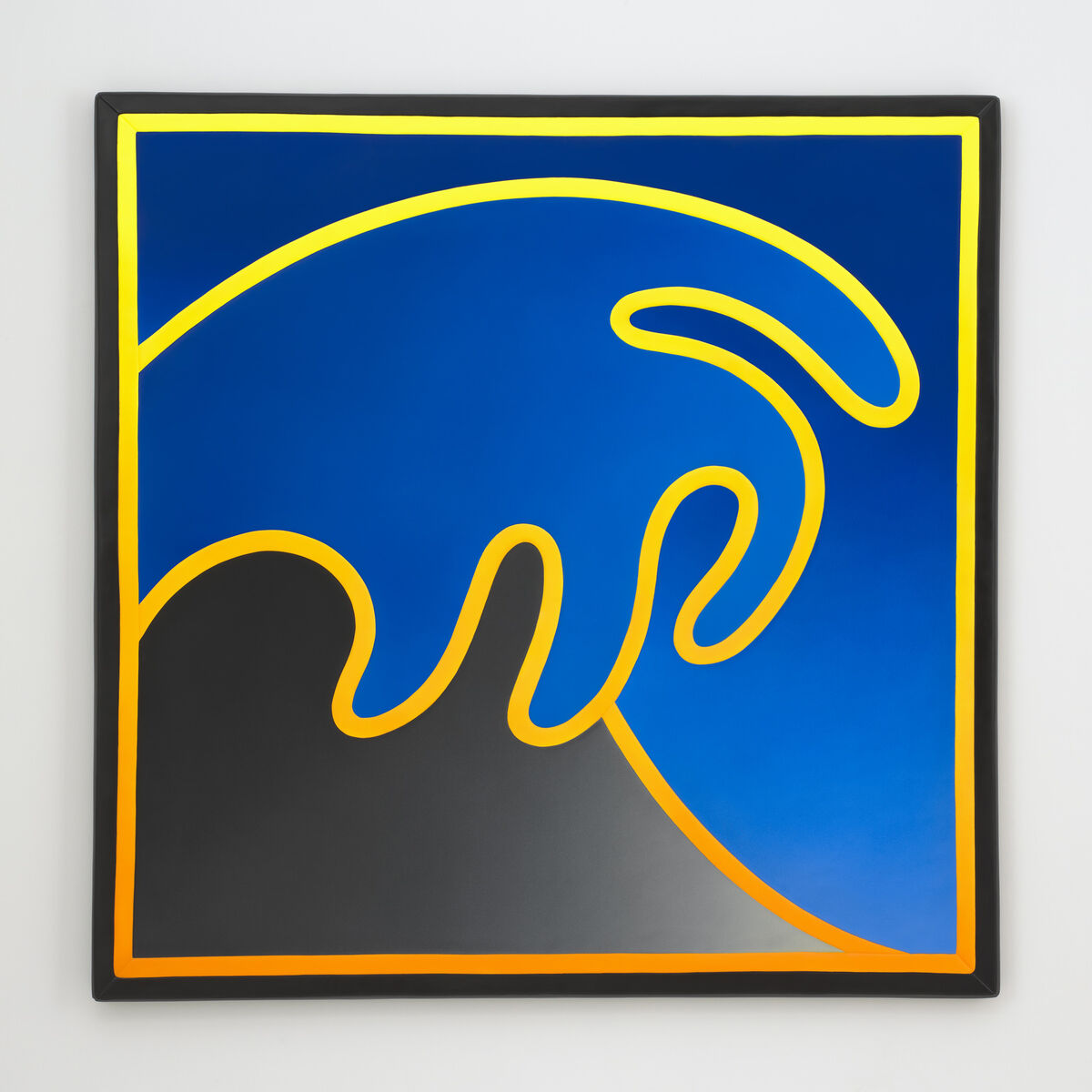 There’s a conceptual rigor to Israel’s
Pop art
exercises, which extends through his whole practice. In 2017 he released SPF-18, a feature-length film about cute surfing teens who luck into staying at Keanu Reeves’s house in Malibu, and over the course of a summer, they fall in love and nurse heartbreak on the beach. It’s a totally faithful contribution to a genre that includes classic high school films such as Can’t Hardly Wait and Clueless, and early-2000s oceanside television masterpieces like The O.C. and Laguna Beach.
Israel wanted SPF-18 to be, more than anything else, accessible. Works by Israel can be hard to come by—only 26 have ever come to auction, and the very first one that did tripled its high estimate, selling for over $1 million—but his film is available to anyone with a Netflix subscription. And after the movie’s premiere, Israel spent more time screening SPF-18 in high schools than at museums like the Whitney Museum of American Art, the Museum of Modern Art, and the Los Angeles County Museum of Art, all of which hold his work.
Items from the clothing line cost as little as $40 for a shirt and top out at $1,000 for an Infrathin bag, Israel said. The latter is not that much less than an editioned artwork of his—Ferris Bueller’s Day Off (2014), a silkscreen edition of 100, is currently available from Artsnap for £1,300. But they’re not artworks. Or at least not fully. 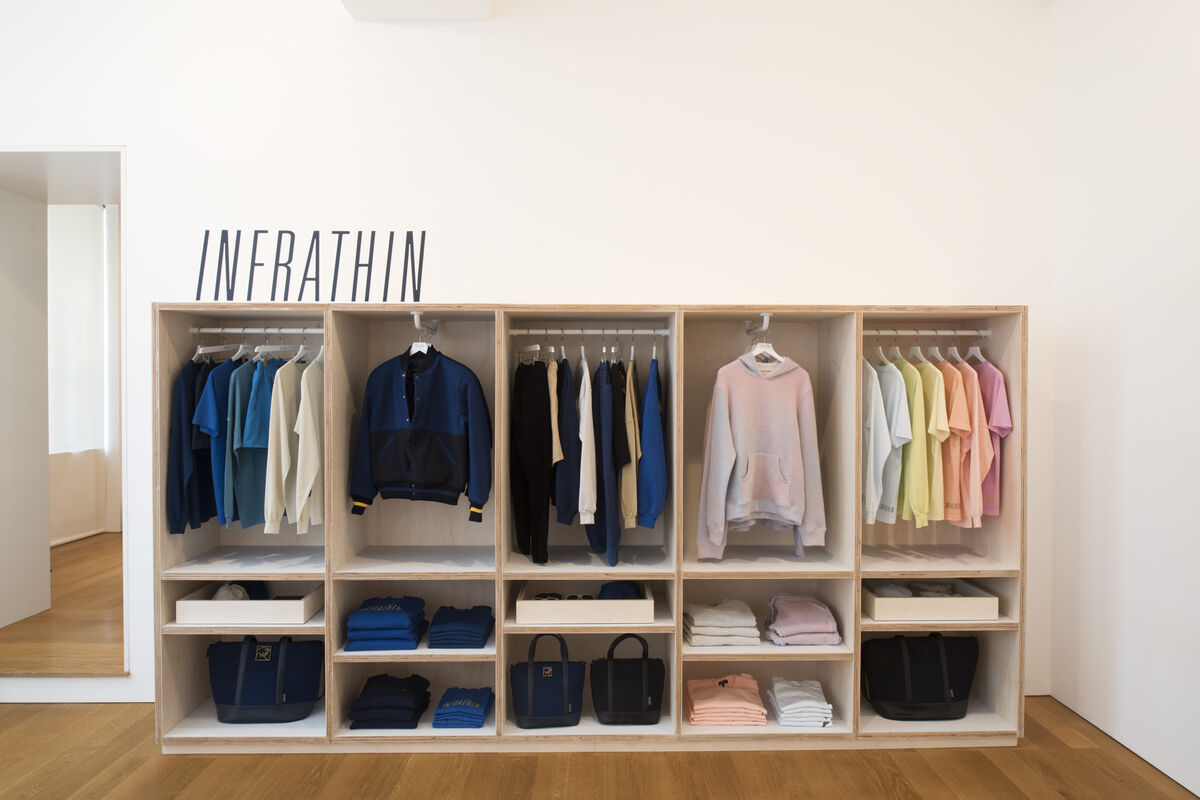 Advertisement
Israel said he doesn’t want Infrathin to be constrained within an art context. “It might just be a T-shirt. Or a hat. They don’t necessarily have to be art—they can exist just outside of that frame, and get touched, and get dispersed in a different way,” he said.
He likened the line to Duchamp’s “rotoreliefs,” one sort of the little tchotchkes the artist used to sell—colored disks that someone could place on the needle of a phonograph and watch spin. They were made by Duchamp, but they were not actual artworks—unusual for an artist known for “saying everything is art, or anything can be,” Israel said.
“For him to say, ‘Oh that isn’t art’—it’s kind of a powerful gesture,” he said.
This distinction—the space between objects that were art and objects that were not art—is one interpretation of what Duchamp meant by “infrathin.” As Israel put it, it’s “the imperceptible difference between two identical things,” such as a T-shirt that is a T-shirt and a T-shirt that’s a ready-made. One has been transformed into art and the other has not.
The works in the clothing line are still untransformed, but that’s not the case with all of Israel’s more accessible output. It’s tempting, for example, to place SPF-18 in the “non-transformed” bucket, as it is an earnestly made, straight-faced entry into the canon of coming-of-age beach cinema. And, when watched with no knowledge of its creator, it’s a hang-ten success by those parameters. But it’s actually a Trojan horse full of Alex Israel artworks—a distillation of his practice, presented to the unknowing as a teen drama on Netflix. 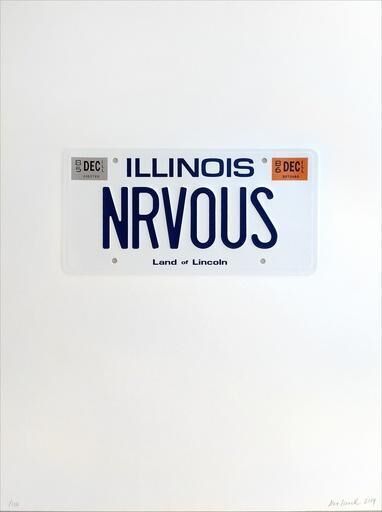 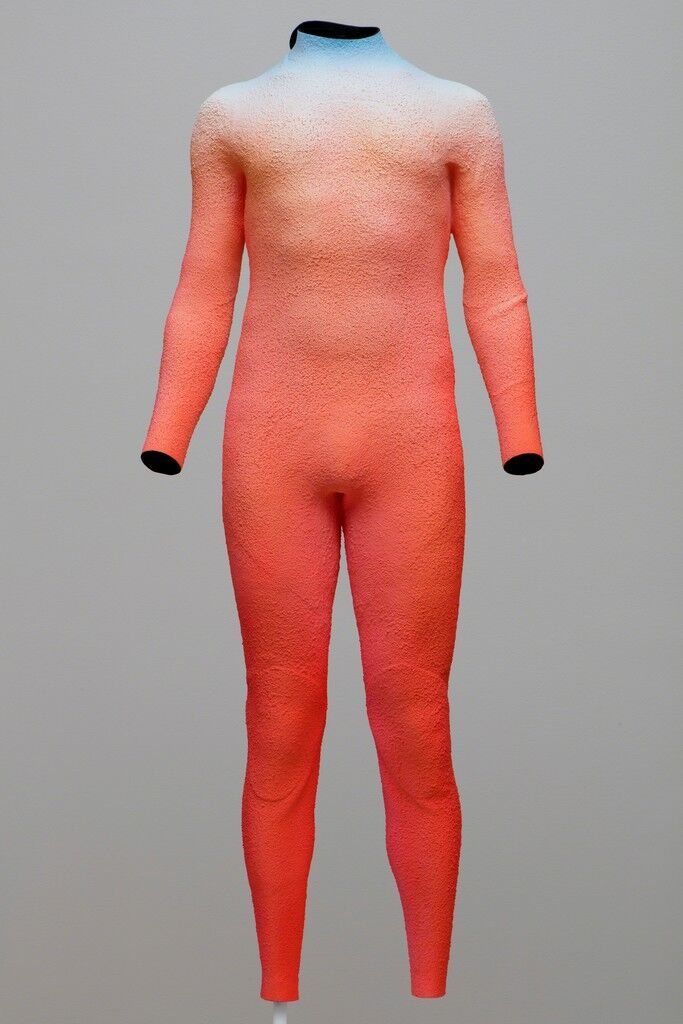 Alex Israel
SELF PORTRAIT (WETSUIT), 2015
KW Institute for Contemporary Art
Israel said that the fashions of the young stars in his film were inspirations for the clothing line. “It’s been the blueprint for the last couple of shows,” he said. “The work is all part of a larger narrative—it’s like one project, or one work, and it takes on different forms as it continues.”
The film is also referenced several times over in “New Waves,” Israel’s show in Hong Kong. There’s a wing-flapping installation of a pelican, which is a replica of one of the real pelicans that swooped into a shot during the making of the film (he called the work a self-portrait). The vibrantly colored waves, made by stretching acrylic over fiberglass, that are installed on the gallery wall were first seen on the album cover that the film’s surfer guy, Johnny, makes for Ash, an aspiring singer-songwriter.
At Art Basel in Basel last year, an Israel work called Self Portrait (Wetsuit) (2015) reprised the wetsuit another character, Camilla, designs after deciding she doesn’t like the all-black “goth” wetsuits at the surf shop in SPF-18. The day-glo numbers prove a hit, and other beachgoers start clamoring for them, asking her: “Where can I get one of those wetsuits?”
“At Almine Rech’s booth for $180,000,” an eagle-eyed member of the art world might have replied.
Infrathin doesn’t include a wetsuit in its line—yet. But the Israel-designed apparel will soon be available for purchase at the hip retailer Dover Street Market, as well as online. At least for a little while: Israel said there’s only a limited run of these not-quite-Alex-Israel-artworks being made, which nonetheless embody the art of Alex Israel.
Nate Freeman
Related Stories