In
Allen Jones
’s current show “Colour Matters” at Marlborough Fine Art, slick sinewy sculptures seamlessly meld line and form. In some works, Perspex heads flower out from curvaceous spray-painted timber blocks. Primary colors dull and glisten according to the material on which they are painted; transparent Perspex contrasts with solid, grounded timber. A series of heads turn the woman’s profile into
cubist
-like configurations that might be read from multiple perspectives—which can be said of the entirety of Jones’s body of work. The works on view display Jones’s self-awareness of the history of fetishism in his art—most prominent is his notorious trio of mannequin-cum-furniture sculptures of 1969, Hatstand, Table, and Chair—and demonstrate a range of meditations on the female form. These new sculptures lack the mannequin-like realism seen in the ’60s, and instead Jones has homed in on ways to manipulate the female form, without losing it altogether; the artist’s use of color, volume, and line begins to overwhelm meaning. 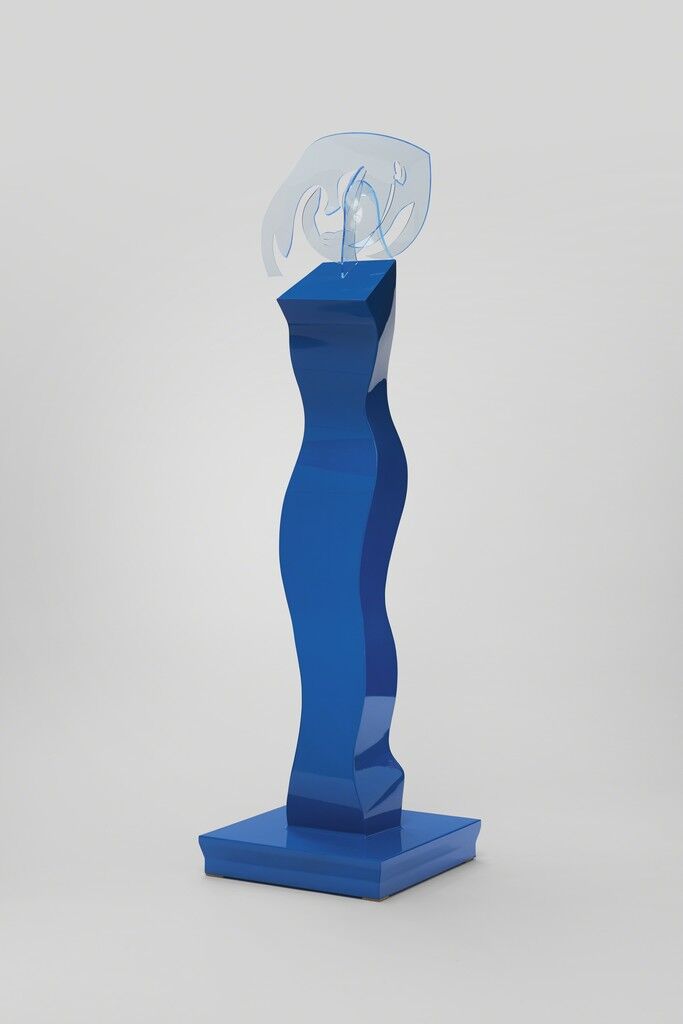 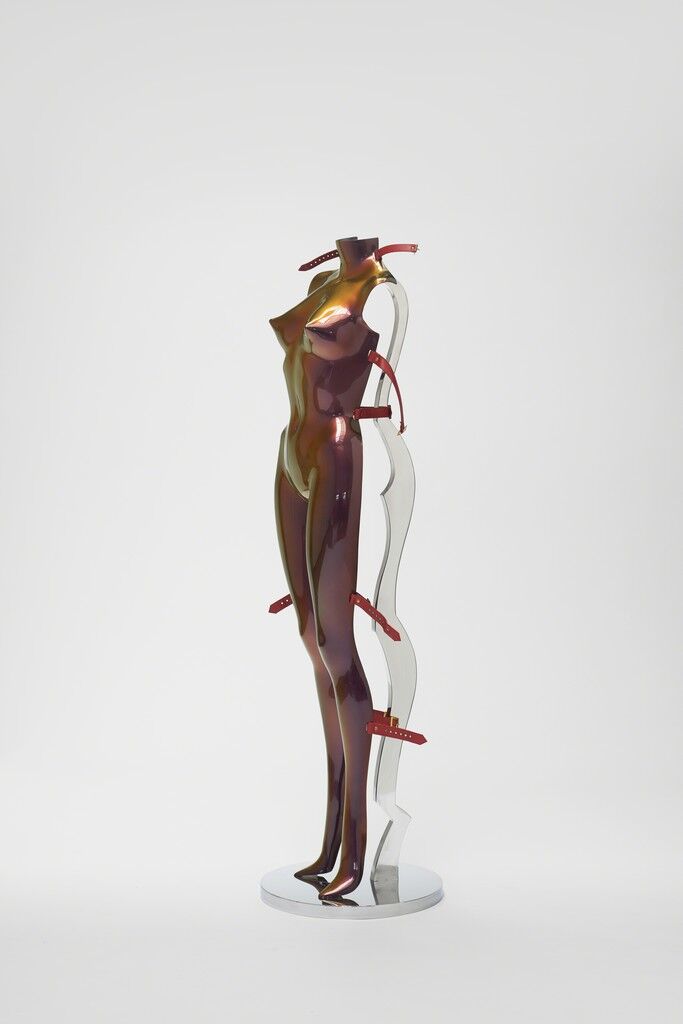 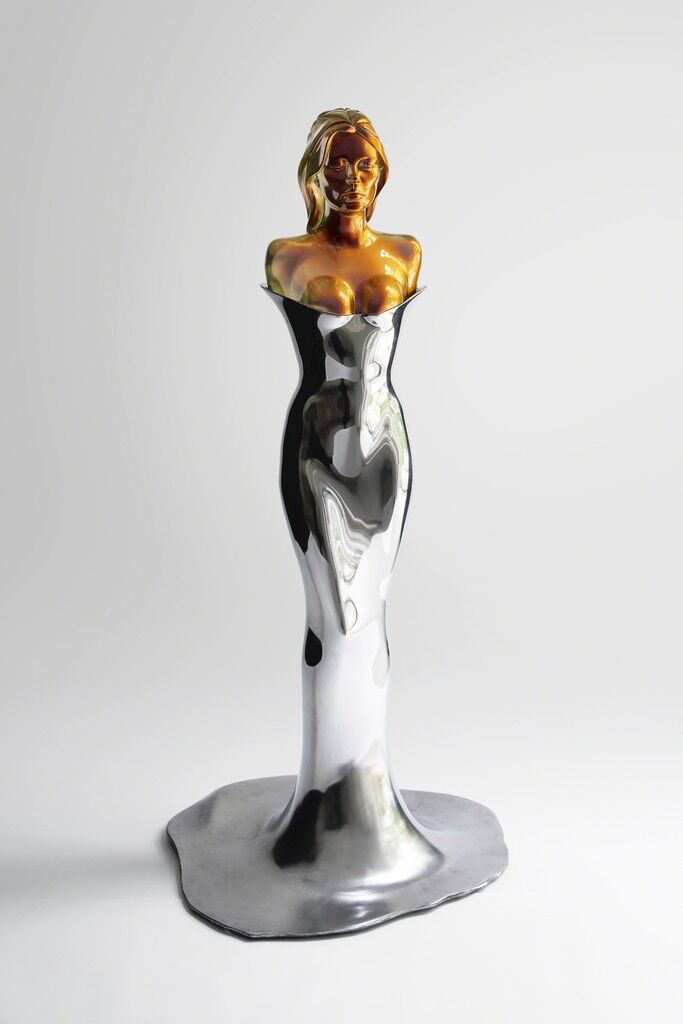 Allen Jones
A Model Model, 2014-2015
Marlborough London
Sharp, vaguely corporeal works like Blue Queen, Red Queen, and Blue Head (all 2015) welcome us into the show, their forms evoking women, but lacking any specific features. The abstraction of these forms is broken by A Model Model (2014–15), the figure of Kate Moss in polished stainless steel. Her dress appears to melt into the ground; her skin, in cast resin, looks like solid, golden-yellow satin. The work—in the way that much of
Pop Art
does—celebrates gloss while critiquing it. Cover Story (2015) works in similar ways. A sort of mask of the body, except for the head, it locks in the curves and elasticity of an idealized female form in fiberglass, stainless steel, leather—and time. The viewer is left to wonder: Is it another case of an older male artist’s wishful gaze, or is it a means of protection? Or is it an object that comments on societal expectations of women? 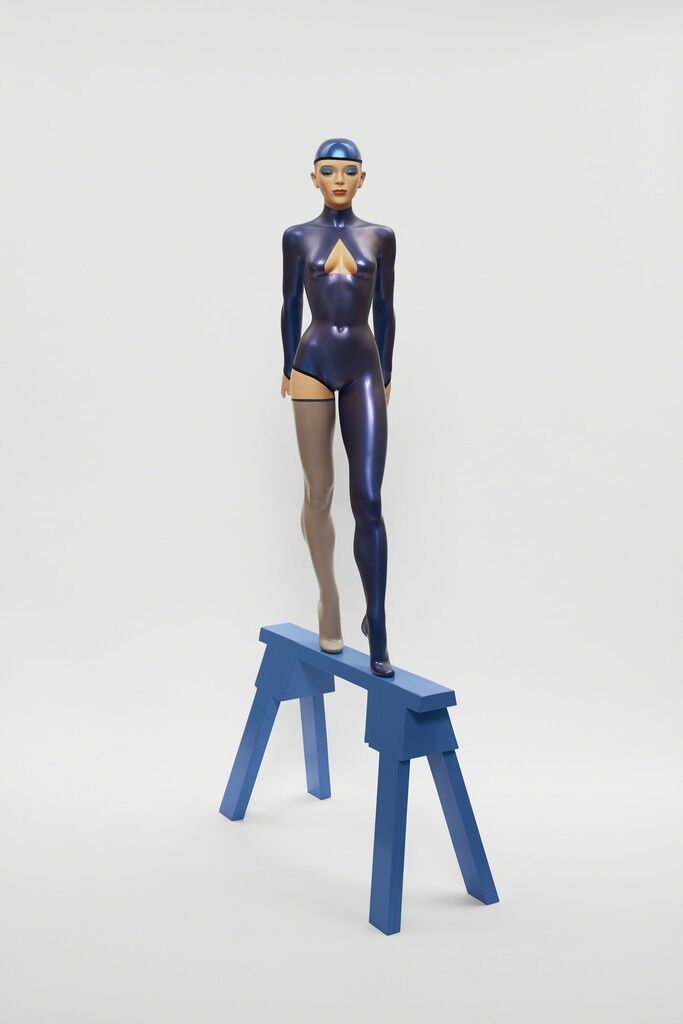 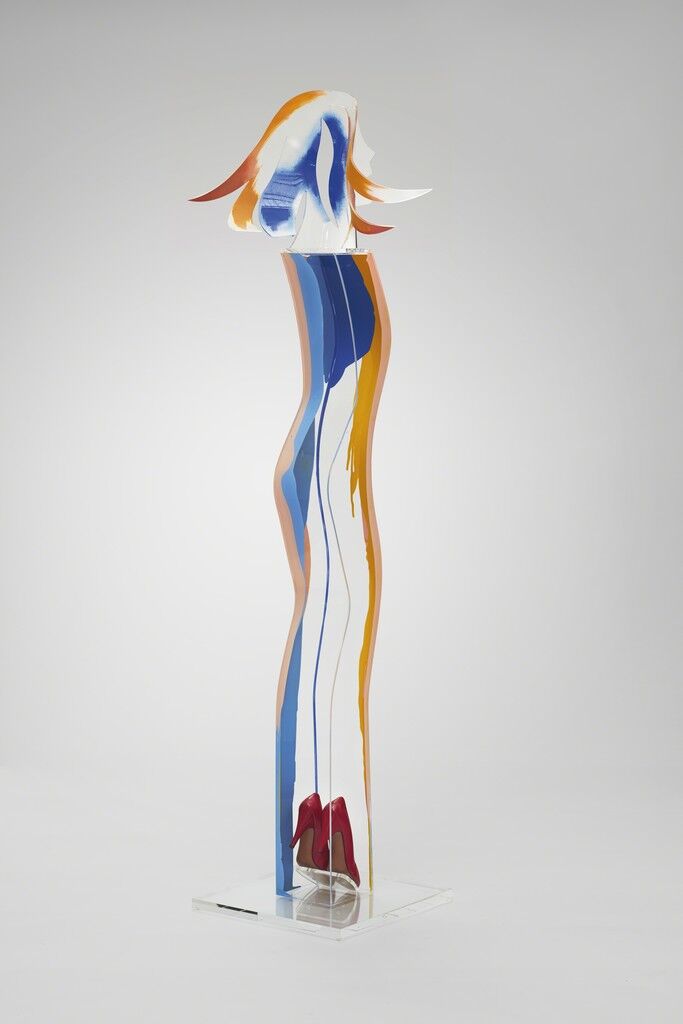 Allen Jones
Red Shoes, 2015
Marlborough London
Advertisement
The tenacity and grace of the feminine is tackled in The Blue Gymnast (2014), a sculpture of a lithe woman captured mid-movement on a blue bench. The piece blurs conventional binaries: she appears young and androgynous, yet on the verge of womanhood; she is painted by hand and cast in fiberglass; she is between dance and sport; and between the ground and flight. The effect is one of an animated, fantastical vision, despite the sculpture’s lack of motion. 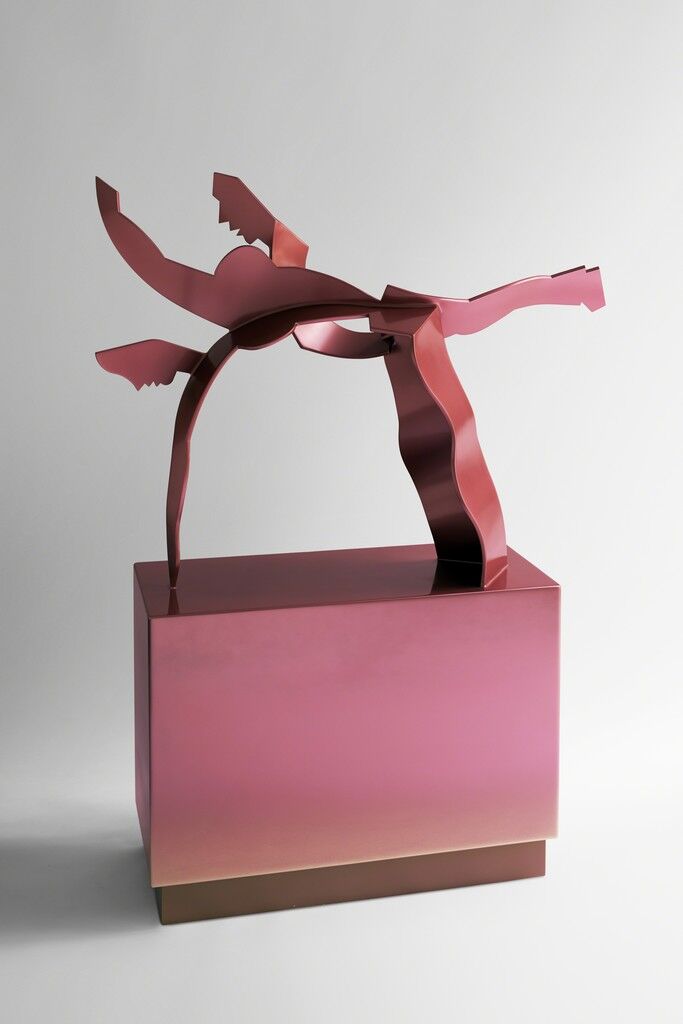 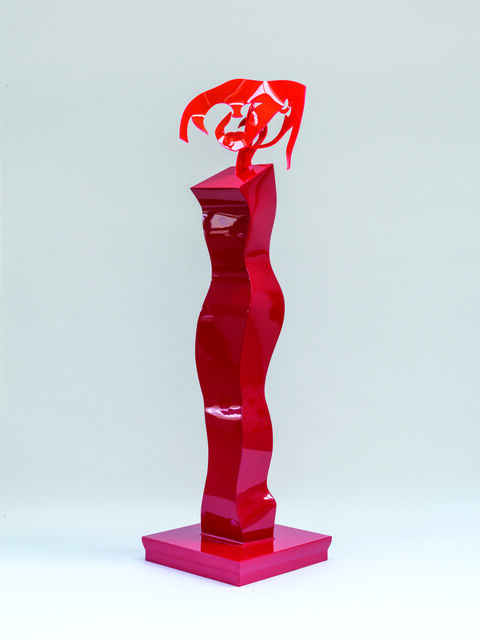 Allen Jones
Red Queen, 2015
Marlborough London
Jones’s works here seem to consider the ways that the female form has been portrayed in the history of European and American art. Throughout his career, the British artist has consistently taken up the female body in an aesthetic exploration of human materiality. In this context then, perhaps most intriguing is Jones’s newest piece, Let’s Dance (2014–15). Nearly unrecognizable in form, sheets of aluminum wind their way around themselves, fold through space, tease light, and, while abstract, remain stoic and reverent to structure.