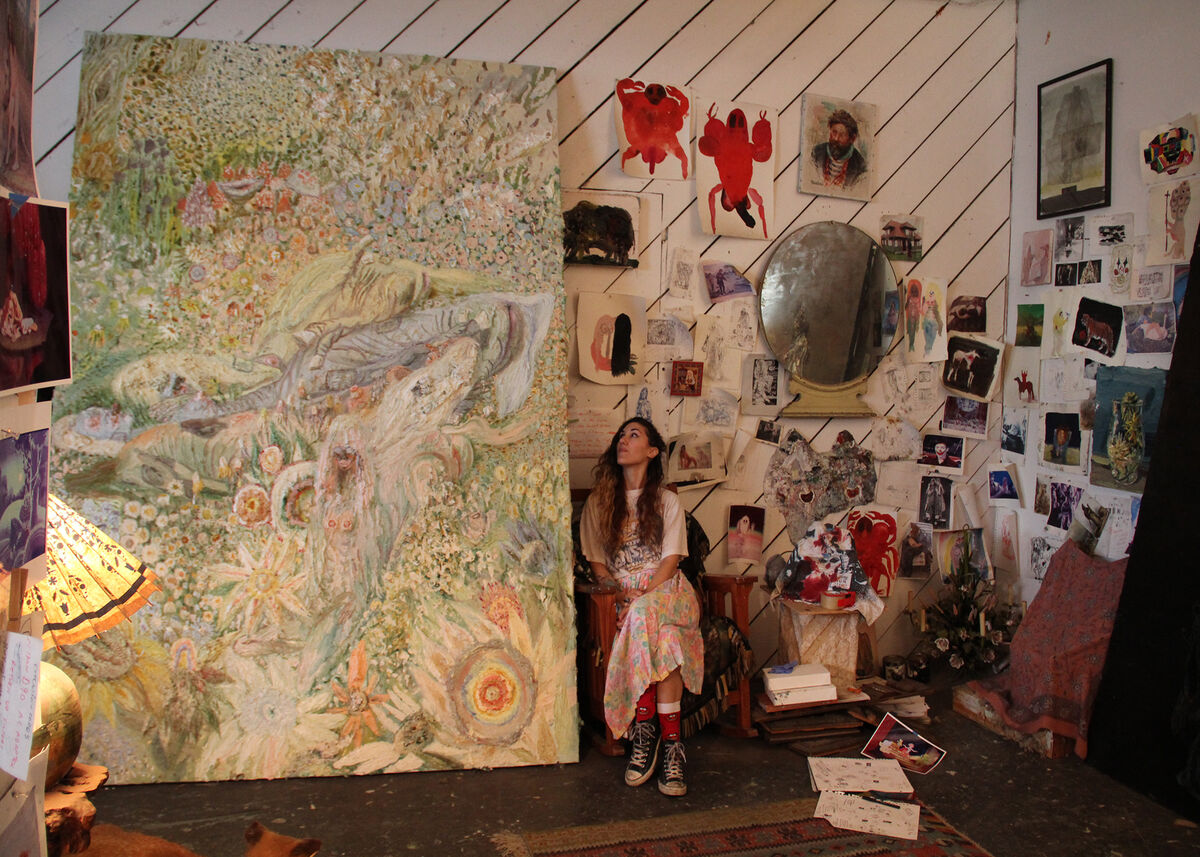 “Oh, I already know it’s the black-and-white cat,” says
Allison Schulnik
, in response to the sounds of meows coming from outside of her Lincoln Heights studio in Los Angeles. Schulnik, 37, a native of San Diego, used to leave her studio windows open to let her thick impasto paintings air dry, until one of the critters broke in and relieved itself on one of the canvases. She’s since installed chicken wire to avoid another accident.

Cats don’t only make appearances at Schulnik’s studio but also in her latest exhibition “Hoof” at Mark Moore Gallery. One of the paintings in the show, Lady with Cat (2015), is derived from a photo of Schulnik holding her own cat, reimagined with haunting eyes and a morose color palette of black, dark browns, and blues, typical of her oeuvre. But beyond cats, her paintings are inhabited by centaurettes, unicorns, and mermaids—not those of Disney films and children’s books but rather of nightmares and fairy tales gone awry. Her work portrays seemingly vulnerable heroines, ensconced in fields of pastel wildflowers, imbued with a quiet grace and strength. Schulnik has also gained acclaim for her claymation films including the 2009 music video for Grizzly Bear’s “Ready, Able” and more recently Eager (2014), an epic eight-minute film which showed at ZieherSmith in New York.
We caught up with Schulnik ahead of her current show to learn about her evolving relationships with painting and animation, the artistic blood that runs in her family, and her latest work. 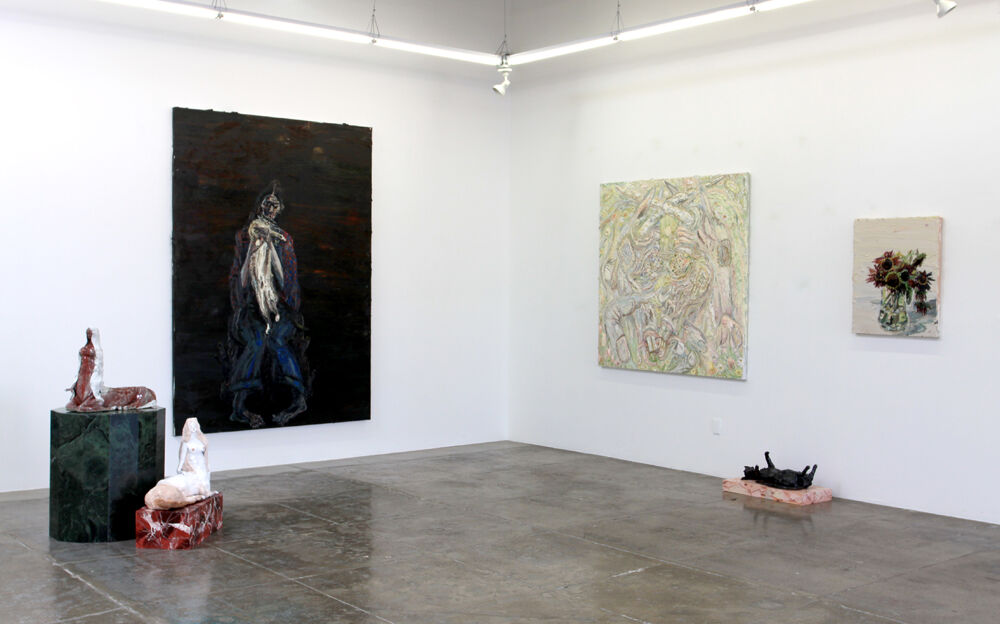 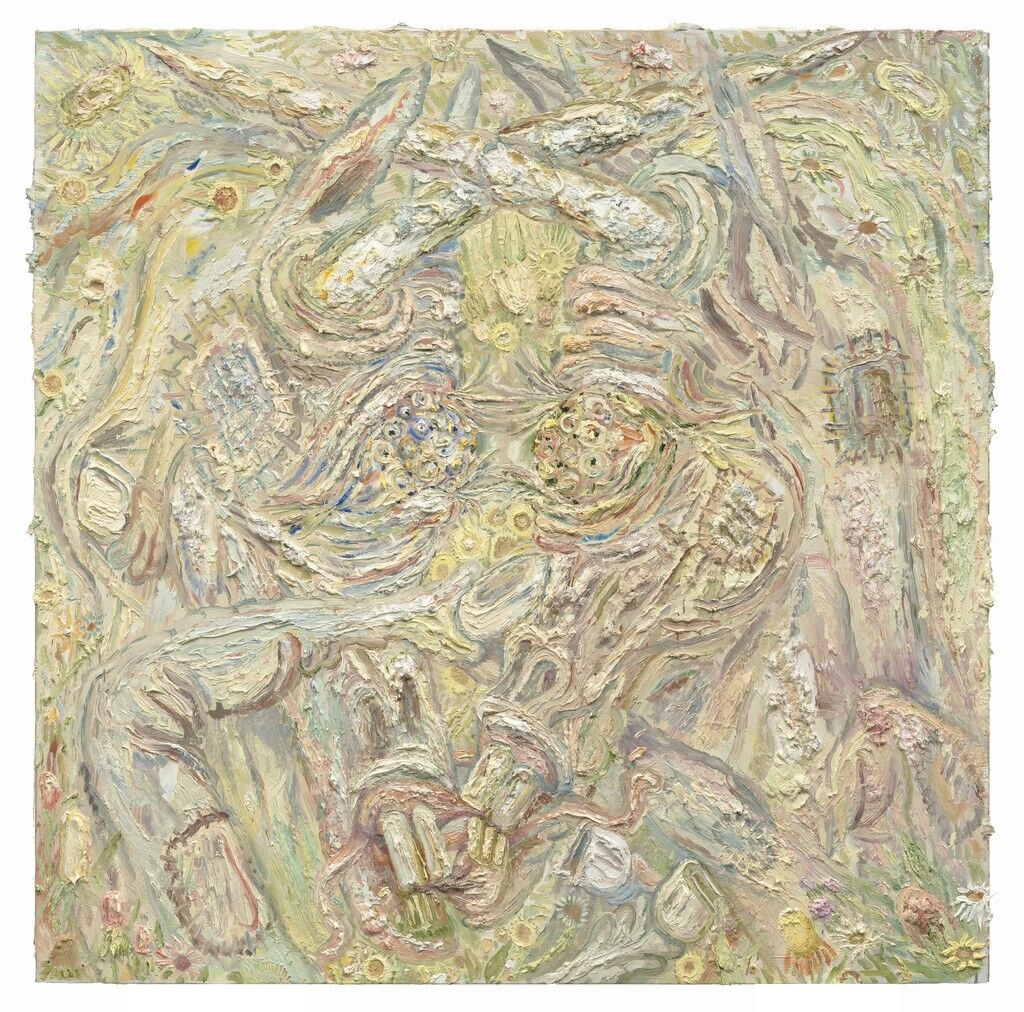 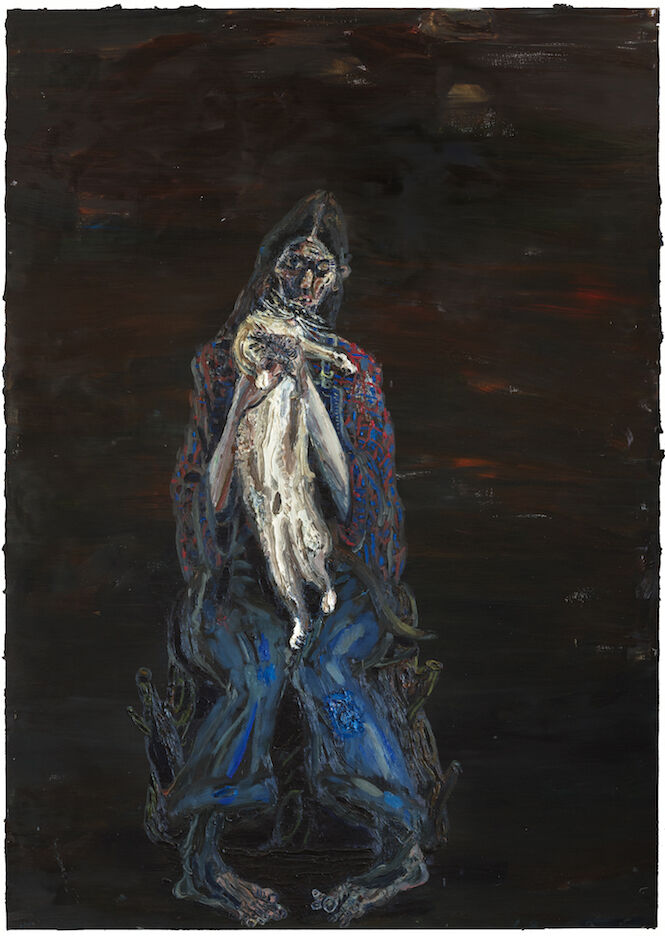 Allison Schulnik: Well, I made the film [Eager] and I’ve been painting, I just haven’t released any paintings. I don’t see any reason to have a million... to be pressured to do a bunch of shows every year. I throw away so many paintings. So many paintings get scraped—that’s what all my little paint blobs over there are [motions to her studio]—and then I recycle the paint. Probably for every 10 paintings, there’s one good one, the rest are scraped. I work a lot—that’s what I do—I just don’t have as many shows. I like quality instead of quantity. 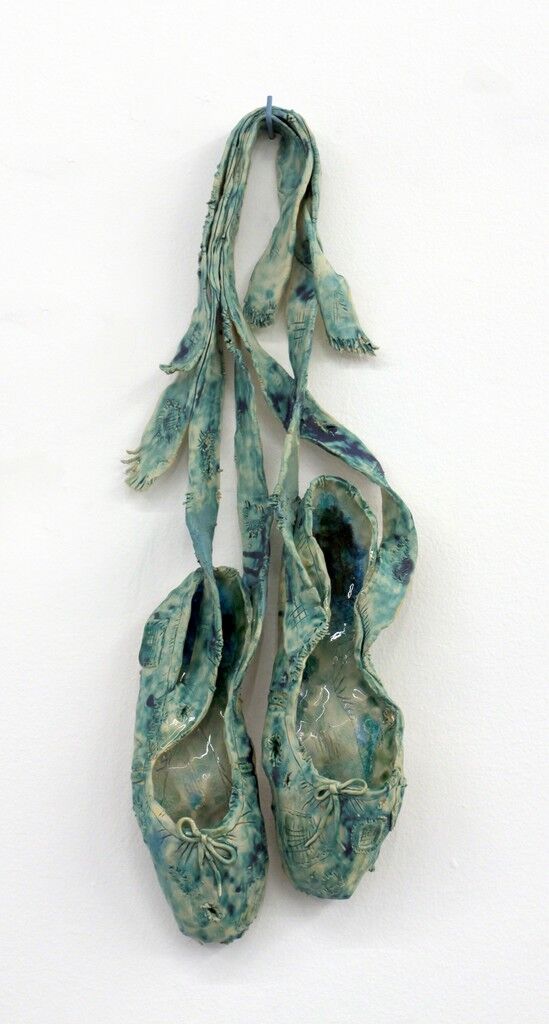 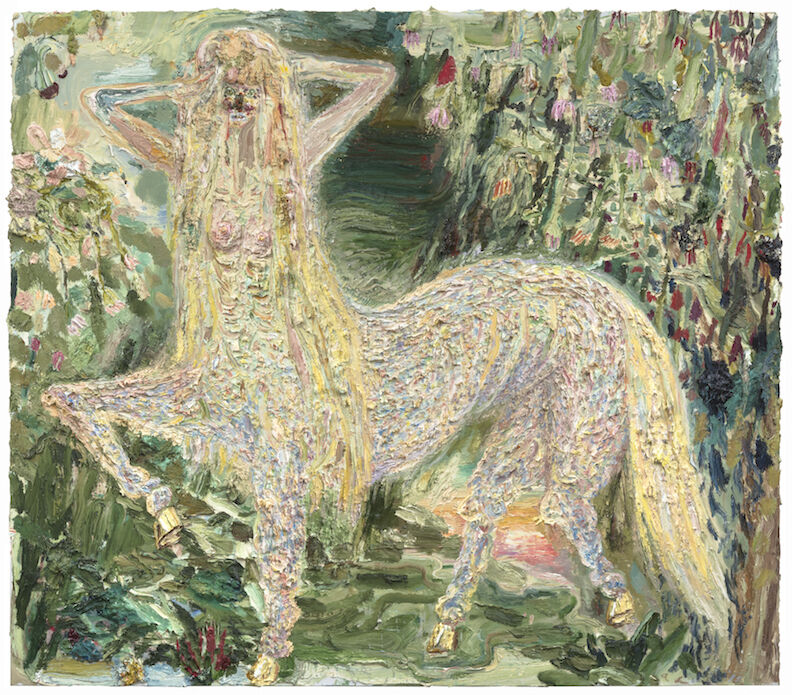 Allison Schulnik
Centaurette in Forest, 2015
Mark Moore Gallery
Advertisement
RW: I read in a previous interview that you said you did the experimental animation BFA program at CalArts because you felt like painting was dead. What’s changed between then and now, and why do you feel that painting is so important to you?

AS: I grew up in a family of artists. My mom was a painter, my aunt was a painter, my uncle was a painter. My dad’s an architect and my cousins are cartoonists. Painting felt like the family business a little bit, it’s what I grew up with. So, I wanted to do something really different. I wanted to learn a skill, and learn how to use a camera, and something very technical. And then of course with dance [Schulnik is a trained dancer], animation felt really natural because it’s this mixture of painting and dance. Animation felt organic and it felt like what I wanted to do.
I studied film and animation, but always painted. I didn’t even realize that people showed in galleries when I was in school. I remember seeing the Laura Owens show at MOCA [in 2003] and I thought, “What? There’s a 30-year-old girl showing in a museum? This is awesome!” I grew up not really knowing that you could show work in a gallery and make a living at it—which is still really hard to do, obviously. I think I got into a gallery and sold some work, and then I was like, “Okay....” 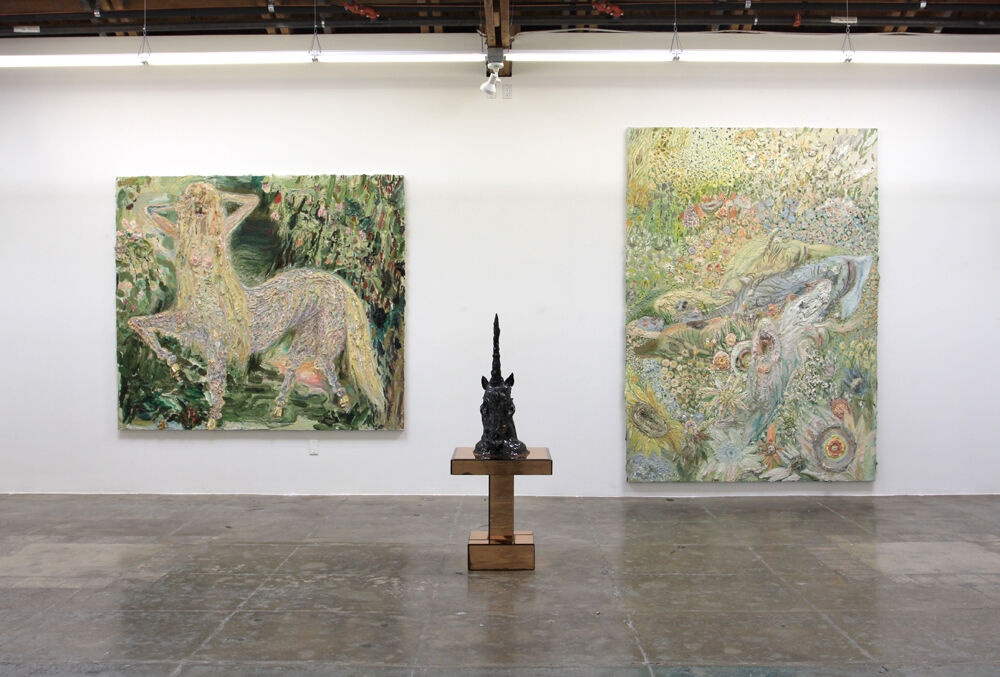 RW: Are drawing on the same characters and narratives for these new paintings as you have in the past?

AS: I guess they’re different characters, but I feel like you’re always just painting yourself, right? Isn’t that what Rembrandt said, “Every painter paints himself”? So that’s probably what I’ve been doing. And that’s how they relate, in that they’re always personal narratives, they’re always either people I love or people I know, or strangers on the street that I would like to know or wouldn’t want to know.


RW: And how is the new work different?

AS: I could probably say this after every show, that this is my best work—everybody says that. But, it is. You’ve got to hope that every time you do a show that it will be your best work. I just feel like I'm putting more care into it now, but being more fearless; not being scared about putting more care into something. I’m just trying to fill every single piece of the canvas. I’m paying more attention and editing myself better. So that’s how it’s probably different: The work is just better. 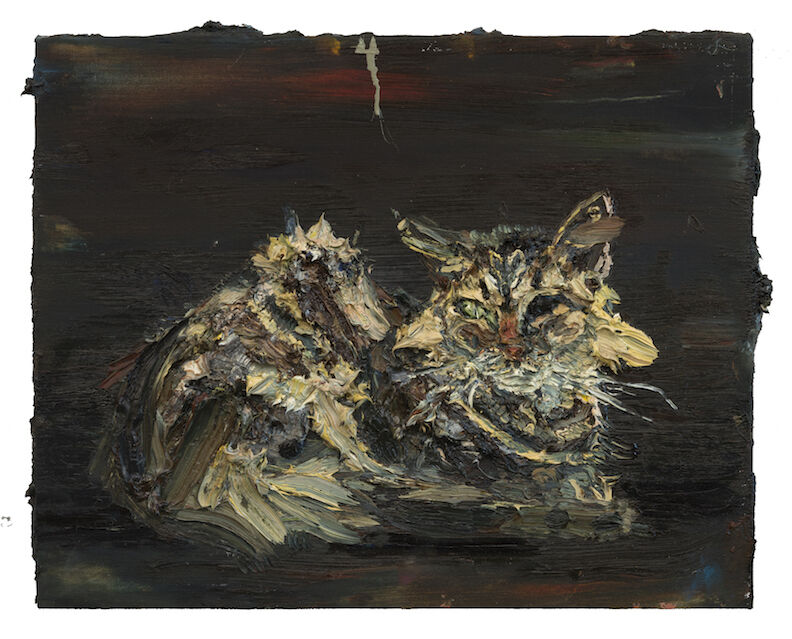 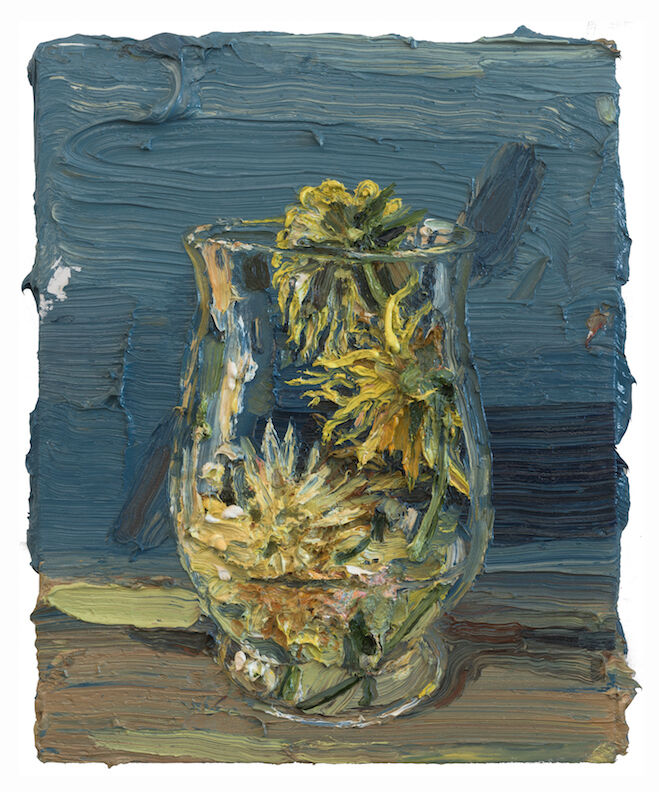 Allison Schulnik
Yellow Flowers on Teal, 2015
Mark Moore Gallery
RW: What are your plans for the future?

AS: Well, this January show. And then continuing this new kind of pace I’ve been going at, where I’m really taking time with work, and really homing in, and really just doing the best work I can do, and not forcing it. The future holds just making work forever. I want to do a feature that takes 10 years, so I’ll probably do that eventually. And painting. And I want to do some dance stuff before my body completely fails me. I’d love to do a ballet one day, but we’ll see.
—Rachel Will
“Hoof” is on view at Mark Moore Gallery, Los Angeles, Jan. 9–Feb. 20, 2016.
Follow Mark Moore Gallery on Artsy.
Related Stories