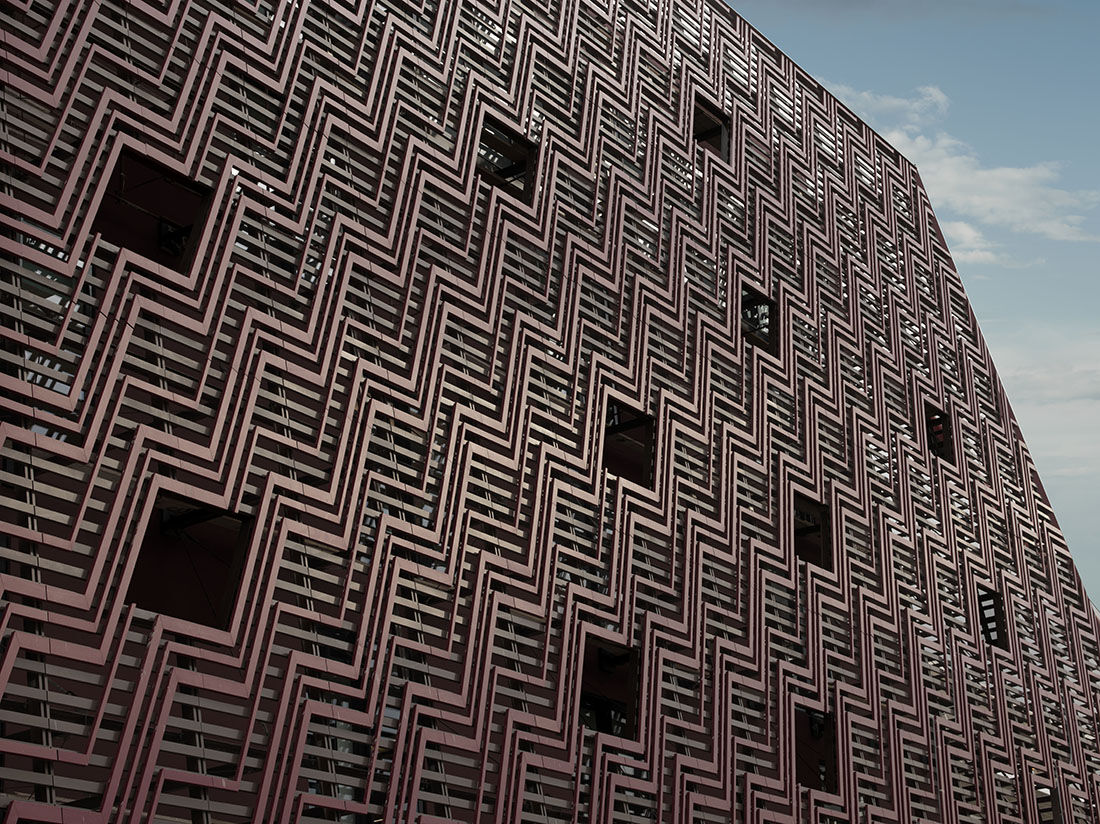 On October 25th, 2015, the day that Lebanese retail magnate and collector extraordinaire Tony Salamé opened his $100 million Aïshti Foundation, the Beirut sky was masked in angry shades of grey and poured heavy rain. With the showers came the vengeance of the country’s neglected garbage crisis—literal streams of waste flowed through streets, leading to growing fears of an outbreak of cholera. Some of these roads were close to Salamé’s David Adjaye-designed structure in the coastal area of Jal el Dib, a 20-minute drive from downtown Beirut.
But in the spirit of Lebanese resilience, the show must go on—and so it did. With a number of the country’s politicians and members of high society in attendance, Salamé welcomed hundreds of guests to his red aluminium edifice containing millions of dollars worth of contemporary art. When asked about his insurance costs, he said, “We pay a higher premium than the U.S. and Europe, because of the political situation. But it’s still liveable.”
Many, fearful of the spillover of conflict from neighbouring Syria, did not attend. Of those who did, dealers from Hauser & Wirth and Sprüth Magers were present, as were Swiss auctioneer Simon de Pury and a significant number of Salamé’s fashion associates from Europe—representatives of the 37 monobrand stores under his Aïshti umbrella, which include Cartier, Céline, Balenciaga, and Gucci. Also in attendance were representatives from Art Basel, Art Dubai, the Delfina Foundation, ArtInternational, and Art16, who were among the guests at a three-day bevy of events surrounding the foundation’s opening. The extravaganza included a Jeffrey Deitch-curated show of works by young artists from Salamé’s collection at the Metropolitan Art Society, trips to Beirut’s National Museum, and the Aïshti store in downtown Beirut where Richard Prince’s Instagram works are on display. Previously, Salamé had hung works from his collection there, “to give a soul to the stores.” 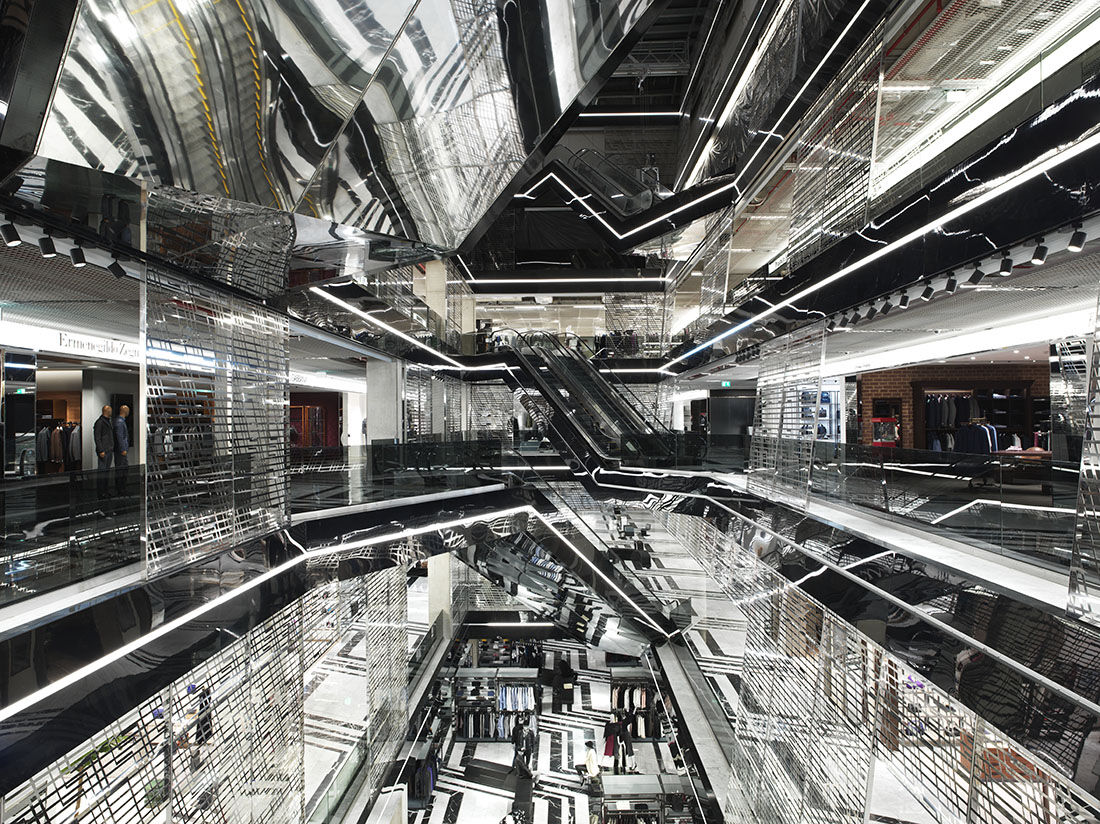 One notable feature on the agenda was the awe-inspiring and typically acerbic Walid Raad installation at Salamé’s collection storage space. Between 1952 and 1974, the Lebanese government had acquired paintings for the establishment of a museum of modern art intended to open in 1975. The museum was never built and the acquisitions, which were stored in the Ministry of Culture’s central depot, have never been found. Over the last three decades, and unknown to the general public, Lebanese politicians and their spouses have taken these paintings for themselves, relatives, and “cronies,” as the wall text reveals. Suha Traboulsi, Chief Registrar of Public Collections in the Lebanese Ministry of Culture from 1956-1981 was unable to intervene in this “gifting fiasco.” Raad had Traboulsi—who was born in Palestine and now works as an artist in Beirut—paint replicas of the gifted paintings onto Salamé’s crates. While the warehouse confirmed the collector’s penchant for painting, Raad and Traboulsi’s site-specific undertaking is bold. This in a country still without a president since its April 2014 election concluded without any candidate reaching a two-thirds majority.
Ghana-born Adjaye lived in Beirut as a child with his diplomat father and met Salamé a few years ago. Some two years after ground was broken, on reclaimed land two stories below sea level, the foundation came into being with a façade inspired by Beirut’s red-roofed villas. The zigzagged epidermis takes it cue from the ocean’s waves in what Adjaye says “creates a relationship with the water, against the acoustics of the street, so when you come through, it’s a gateway to a secret oasis.” The oasis is a 35,000-square-meter shopping complex that is, adds Adjaye, “two-thirds retail and one-third art.” Advertisement
This ratio vexed some, who don’t subscribe to the mix of art and fashion in a structure that also encompasses a spa, restaurants, cafés, and a rooftop bar. Some compared it to Adrien Cheng’s so-called art mall, K11, in Shanghai, which one British journalist said may be, “sadly, the future of museums.” As far as Salamé is concerned: “Criticism is a Lebanese syndrome. I’ll wait for them to create a bigger foundation and I hope they will invite me!”
Those critics also found fault in Massimiliano Gioni’s exhibition “New Skin,” which features works by a majority of American and European artists—57 of 62 artists. The show, which spans over 4,000 square meters and around 200 artworks, is dedicated to Salamé’s late sister, Sophie, who he mentions in the 400-page, Skira-published hardcover produced for this event, and for whom he has named the library. No plans for future exhibitions and programming have been announced, but Salamé, who admits to being “an impulsive buyer,” says he does things “quite quickly and wastes no time.”

He met Gioni a few years ago in Milan, where the New Museum Artistic Director also serves as Artistic Director of the Trussardi Foundation. “Even before Tony had a building, he was buying works in a scale that would require a building, so it’s as though the art produced the building,” says Gioni. “New Skin” focuses on abstraction and takes its name from
Alice Channer
’s work, which, says Gioni, “alludes to the texture of many of the paintings here and the use of digital technologies in contemporary art.”
The show is a who’s who of postwar and contemporary art historical (and art market) stars. There’s a healthy dose of Arte Povera (
Lucio Fontana
and
Piero Manzoni
, Salamé’s first “serious” acquisitions in the early 2000s), blue-chip names (
Gerhard Richter
,
Dan Flavin
,
Daniel Buren
, and
Rudolf Stingel
), and a smattering of five Arab artists (
Mona Hatoum
,
Etel Adnan
,
Ziad Antar
,
Rayyane Tabet
, and
Akram Zaatari
). This was another point of contention that irked some in what seems to be a palpable divide between the country’s glitterati and intelligentsia. Many of the latter were not in attendance having reportedly taken issue with Salamé’s Western-slanted approach: a British architect, American and Italian curators, and predominantly American and European works. 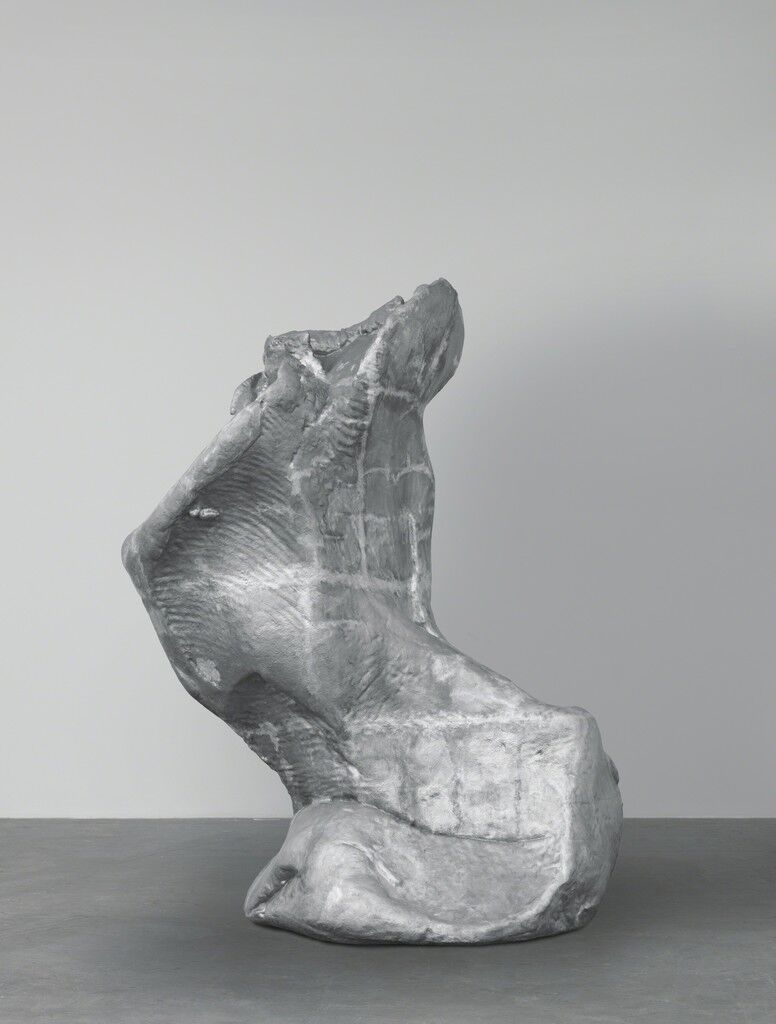 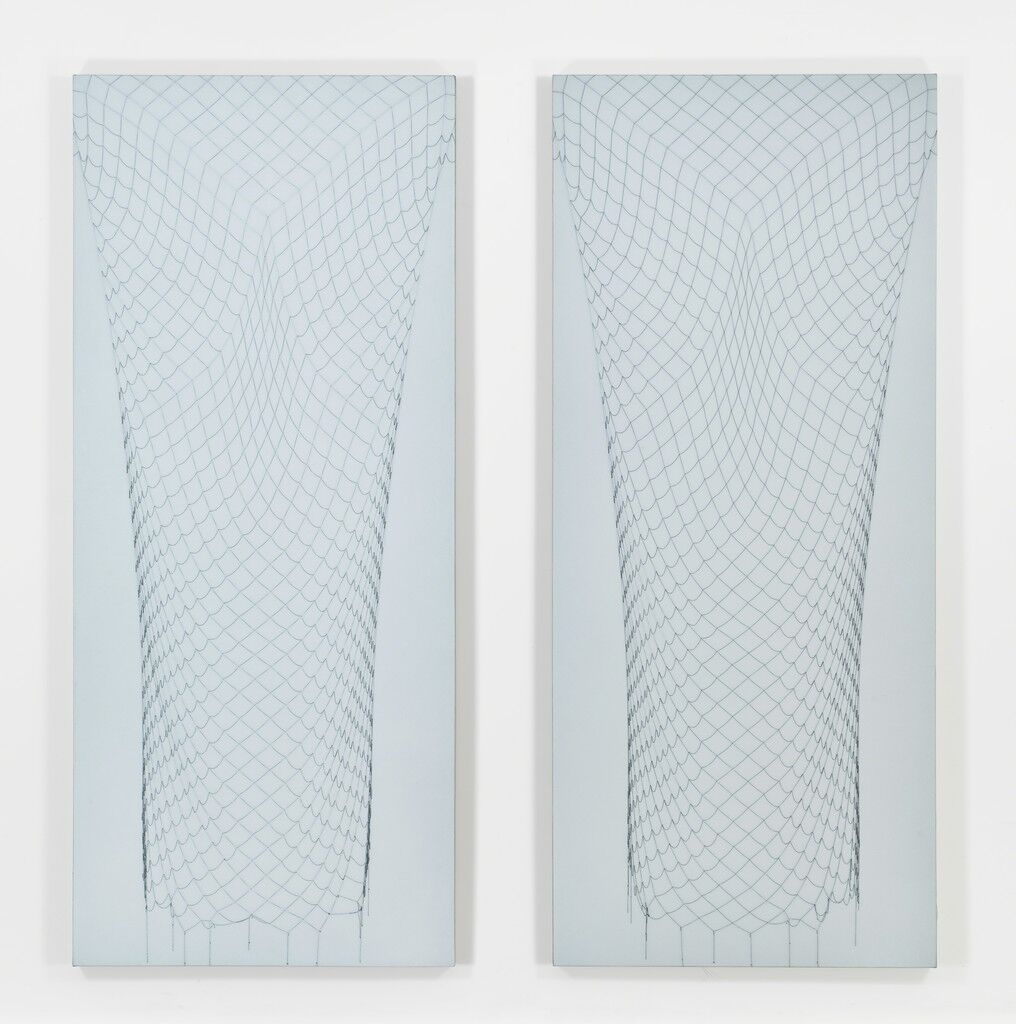 Carol Bove
Influencing Machine, 2012
Aïshti Foundation
“Everyone is showing Middle Eastern artists,” countered Salamé. “What is displayed is my aesthetic.” Whether or not that aesthetic can draw a diverse crowd, especially given the foundation’s exclusive ethos, remains moot. But, the insubstantial inclusion of Arab art and the coupling of fashion and art aside, the Aïshti Foundation is, at the very least, a benevolent gift to Lebanon from a native who chose to spend an enormous amount of money and effort to add a cultural landmark to Beirut.
—Myrna Ayad
“New Skin” is on view at the Aïshti Foundation, Beirut, Oct. 25, 2015–Jan. 4, 2016.
Follow the Aïshti Foundation on Artsy.
Related Stories