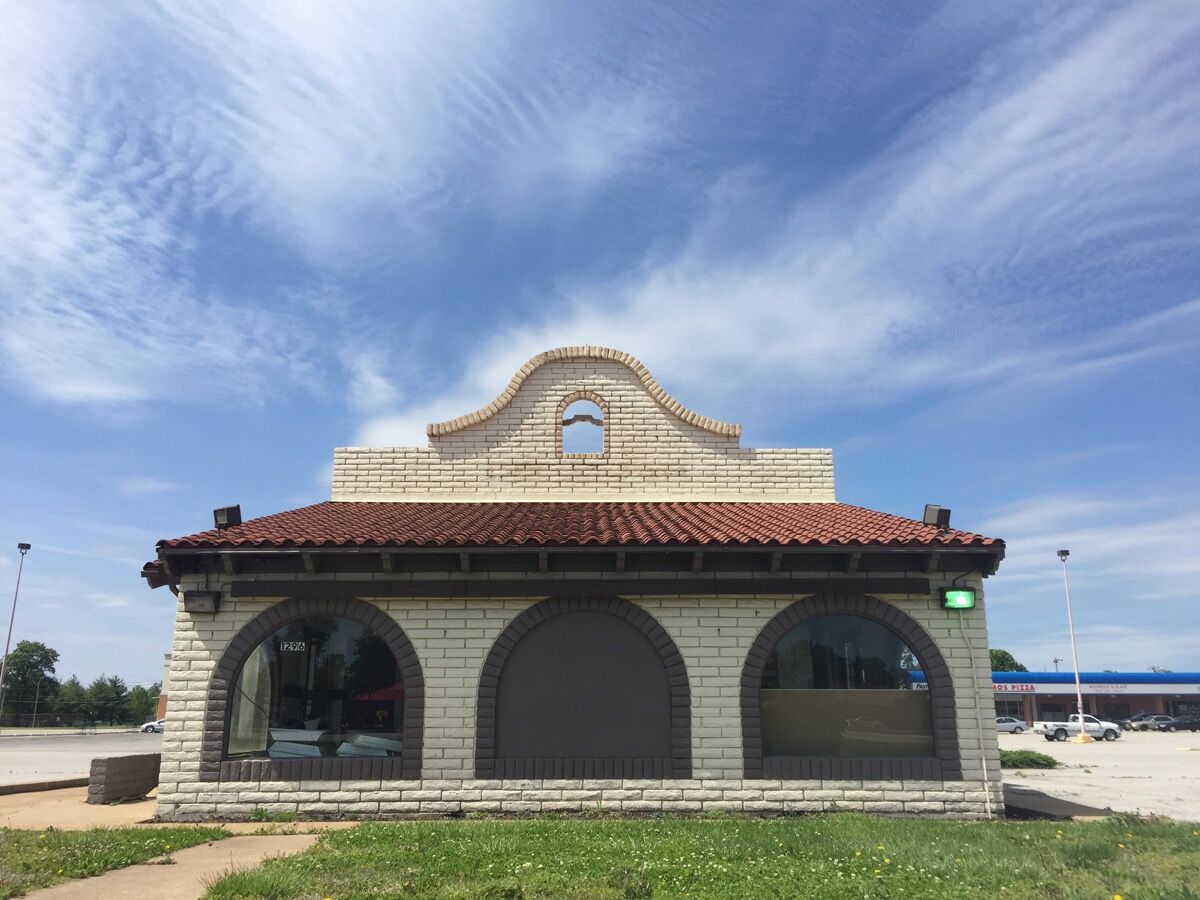 Some three months ago, Los Angeles artist
Eric Wesley
signed a lease on a defunct Taco Bell in Cahokia, Illinois, just across the Mississippi River from St. Louis.
Wesley had been driving back and forth between St. Louis and L.A. with his girlfriend, fellow artist Alika Cooper. After passing by the shell of a fast-food restaurant on a drive from St. Louis to a Walmart in the suburbs, he called the leasing agent, and eventually became its temporary guardian. With the support of his gallery, Bortolami, Wesley spent months overhauling the space and making art in it. Now, it has become a project space-cum-work of art called The Bell.
“Seven years ago or so I was looking for land here,” Wesley recalls over the phone from Cahokia. The artist’s peers and mentors were focused at the time on achieving success in the art world’s heartland, Europe. Wesley, on the other hand, set his sights on middle America, drawn to an area that was untouched and untapped by contemporary art.
“As soon as I discovered this place, I formed a kinship with it,” he says of Cahokia. “I grew up in L.A., in the San Fernando Valley, and Cahokia, Illinois, is quite a bit like it. That had me coming back. It’s what I call the true suburban lifestyle.” Rather than the framing of suburbia in the American consciousness as a place of safety with access to nature, in Cahokia Wesley saw a suburbia “of the Pet Shop Boys’ definition,” he says, nodding to the band’s 1986 hit. The abandoned Taco Bell aligned well with this seedy, decayed version of suburban life. That is, until Wesley began to transform it.
Wesley’s Taco Bell is built in the chain’s typical mission style, with a pitched roof, round arches, and an alcove where a bell once hung. But the structure had sat dormant for years, leaving it in a state of ruin. To create The Bell, Wesley had to bring everything up to code, installing new water and electrical conduits among myriad other renovations. The results are nothing short of transformative. Where customers once chomped on Chalupa Supremes in swivel chairs and vinyl-padded booths now sits a light-filled gallery space with white walls and wood floors. 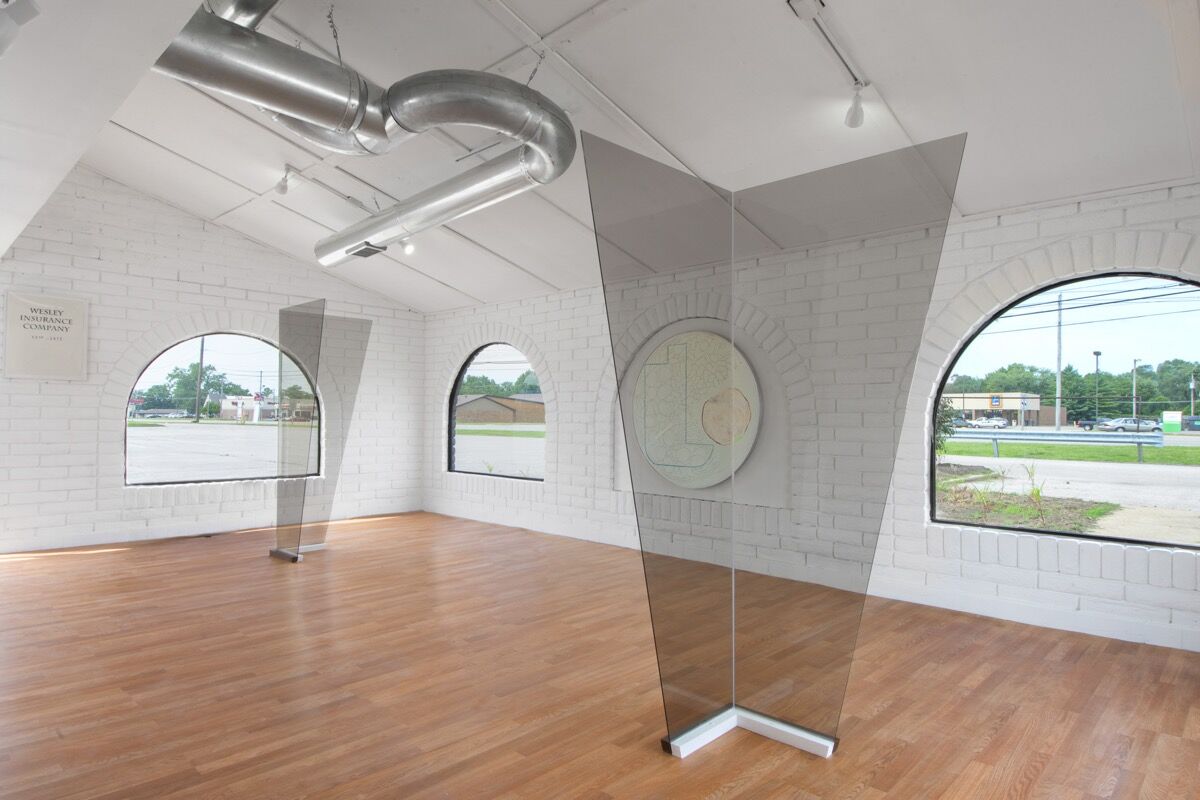 Wesley’s upcoming plans for The Bell are equally exciting—and tongue-in-cheek. (He’s taken to calling the space “La Belle,” fond of the way the name changes to connote the beauty of its many potential outcomes when in French.) For the project’s first phase, he made paintings inspired by the cross-section of a burrito. For the second, opened this month, he’s created glass sculptures inspired by the architecture of the Pizza Hut across the street. A farmer is in the process of planting a corn maze in the former fast food joint’s front yard. And, among other future plans for the project’s run through April 2017, Wesley will install a new bell on the building’s roof and host a series of performances.
The Bell has already succeeded in engaging the local community. Between renovations, inspections, and sourcing materials for his art, Wesley has welcomed a steady stream of individuals into the space. Word has quickly spread: He’s played host to a spectrum of curious visitors—from St. Louis locals and artists to Wash U. students and the mayor’s assistant.
Wesley is the second artist to partake in Bortolami Gallery’s Artist / City initiative, which sees the gallery rent out a space for one of its represented artists, in a city other than New York. It’s a response to the pressing deadlines and quick turnover that art fairs and five- or six-week exhibitions require, the program allows gallery artists to show their work over the course of one year. “The art world has gotten so fast-paced,” says Bortolami associate director Emma Fernberger. “This is our attempt to slow things down.” 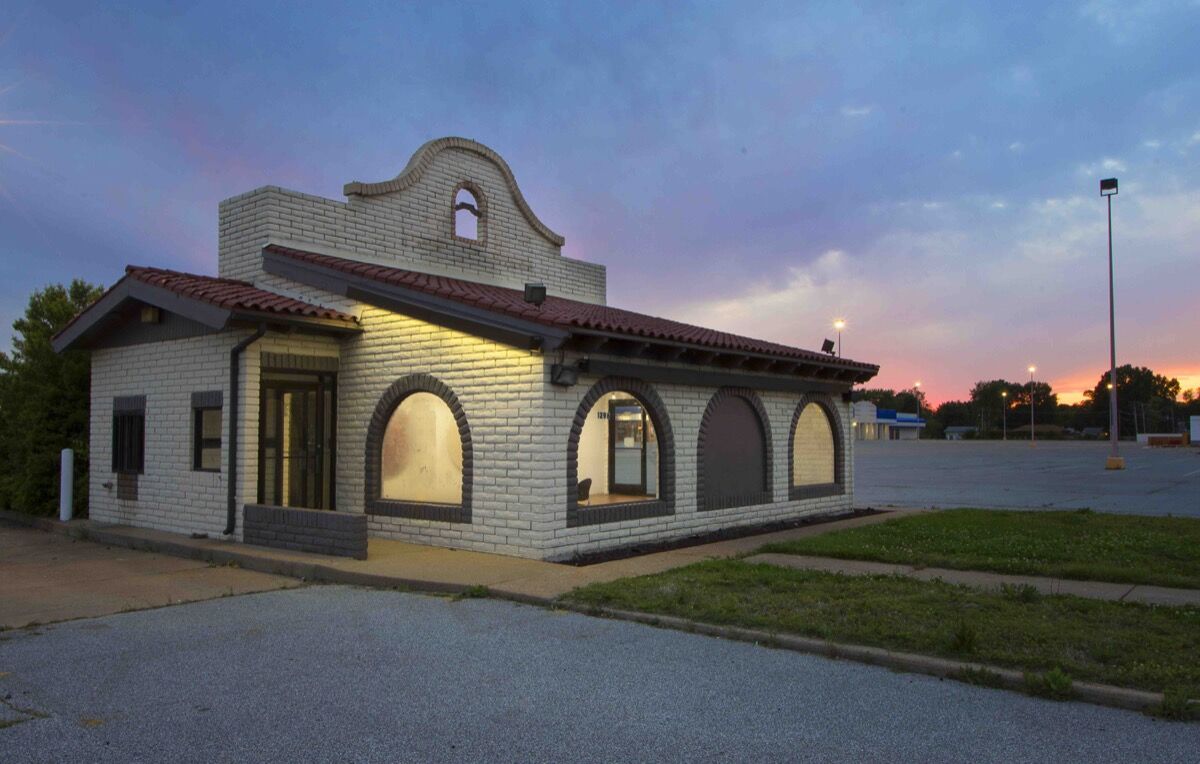 Advertisement
Artist / City sits somewhere between a residency and a gallery show, as artists aren’t required to live in the cities they choose. Bortolami inaugurated the program with
Daniel Buren
in December 2015 at the M Building in Miami, beginning with a retrospective show of his work, and more recently a new sculptural installation. Future iterations of Artist / City will see
Tom Burr
in New Haven,
Nicolás Guagnini
in San Francisco, and
Barbara Kasten
in Chicago. “We’re finding that each artist and their work has different demands and concerns; each of these projects has its own syntax and vernacular,” says Fernberger.
When asked, Wesley agrees that the project has inspired his work in a way that preparing a gallery show would not, but his aims for The Bell are bigger. “I’m trying to reverse that question, if you will,” he says. “I’m more interested in inspiring galleries—locally, nationally, internationally.” Pushing against the conventions of what an art space should be, and where it should be located, Wesley is on the right track.
Casey Lesser is Artsy’s Lead Editor, Contemporary Art and Creativity.
The Bell is on view at 1296 Camp Jackson Road, Cahokia, Illinois, Thurs.–Sat., 12–5 p.m. The space is closed during the month of August.
Related Stories