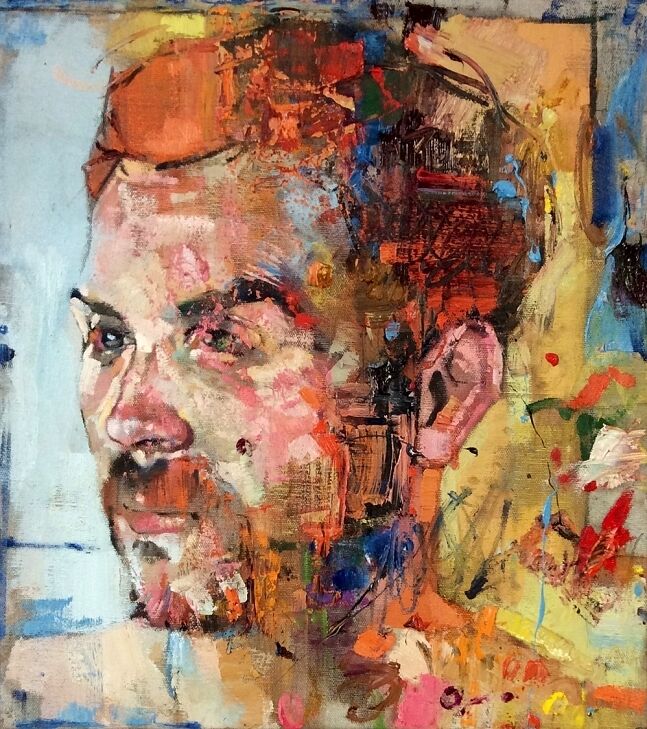 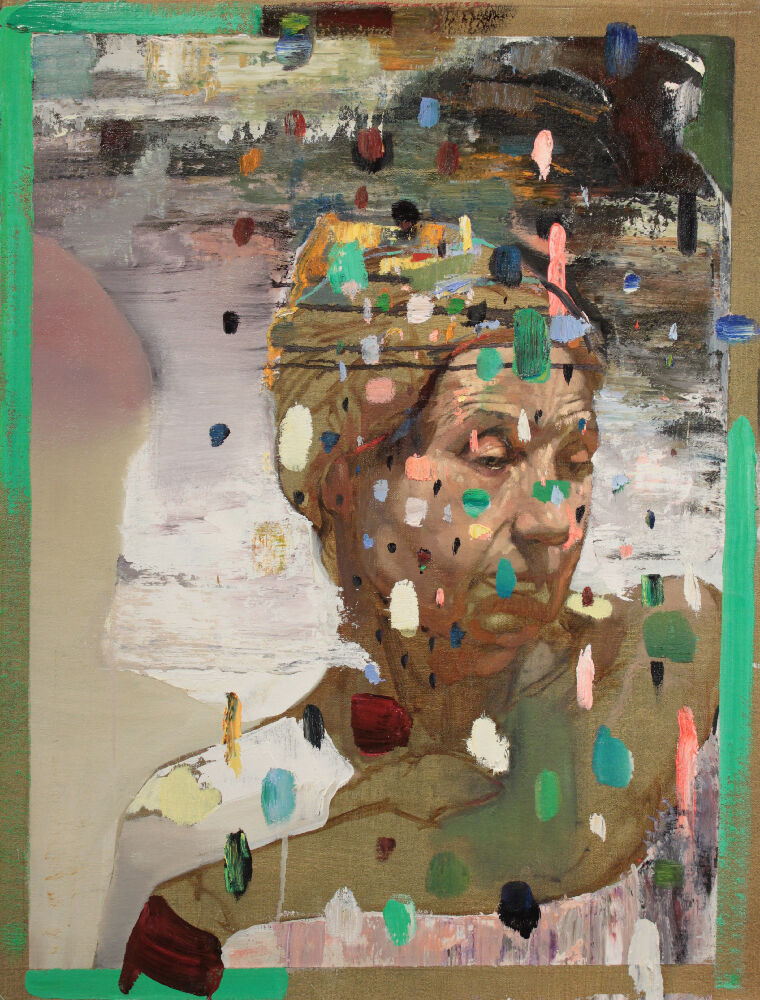 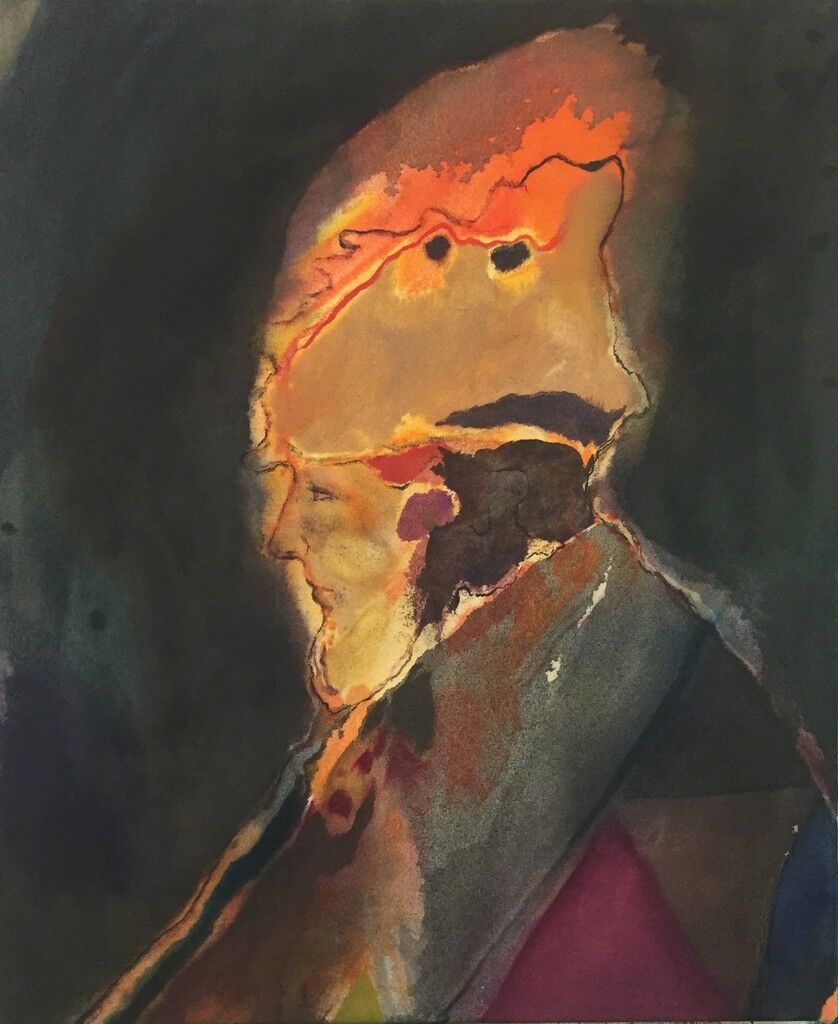 Adam Lee
Hermitage 1 , 2015
Beers London
“Today, it’s quite trendy,” he writes, “to mutter the word ‘representational’ as some pejorative term: that as representational artists, we are somehow less enlightened—clinging on to some banality … like we haven’t quite evolved into the higher realm of pure abstraction.” Yet the works he’s assembled are neither purely abstract nor a direct representation of the eye’s perception; visually diverse and emotive in their renditions of their subjects, the paintings belie how vast (and murky) of a genre “representation” can be. 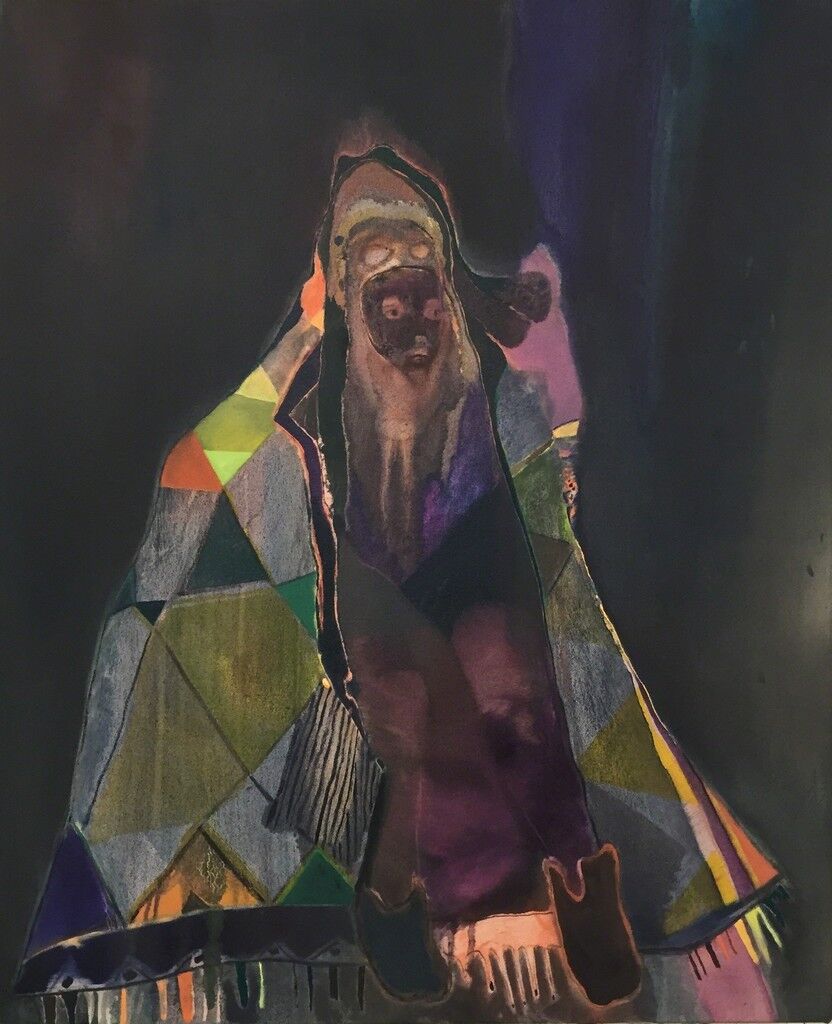 Adam Lee
Hermitage 2, 2015
Beers London
Take Hermitage 2 (2015), for instance, a woozy oil and polymer painting by
Adam Lee
. Like a figure viewed through the refraction of a dream, Lee’s subject is both ethereal and solid. Its cobbled-together geometries come to a point on the ghostly aura of a face. The figures rendered by
Daniel Crews-Chubb
, expressive and far brighter, draw on pornographic imagery and primitive art: raw expressions of humanity far from banal. 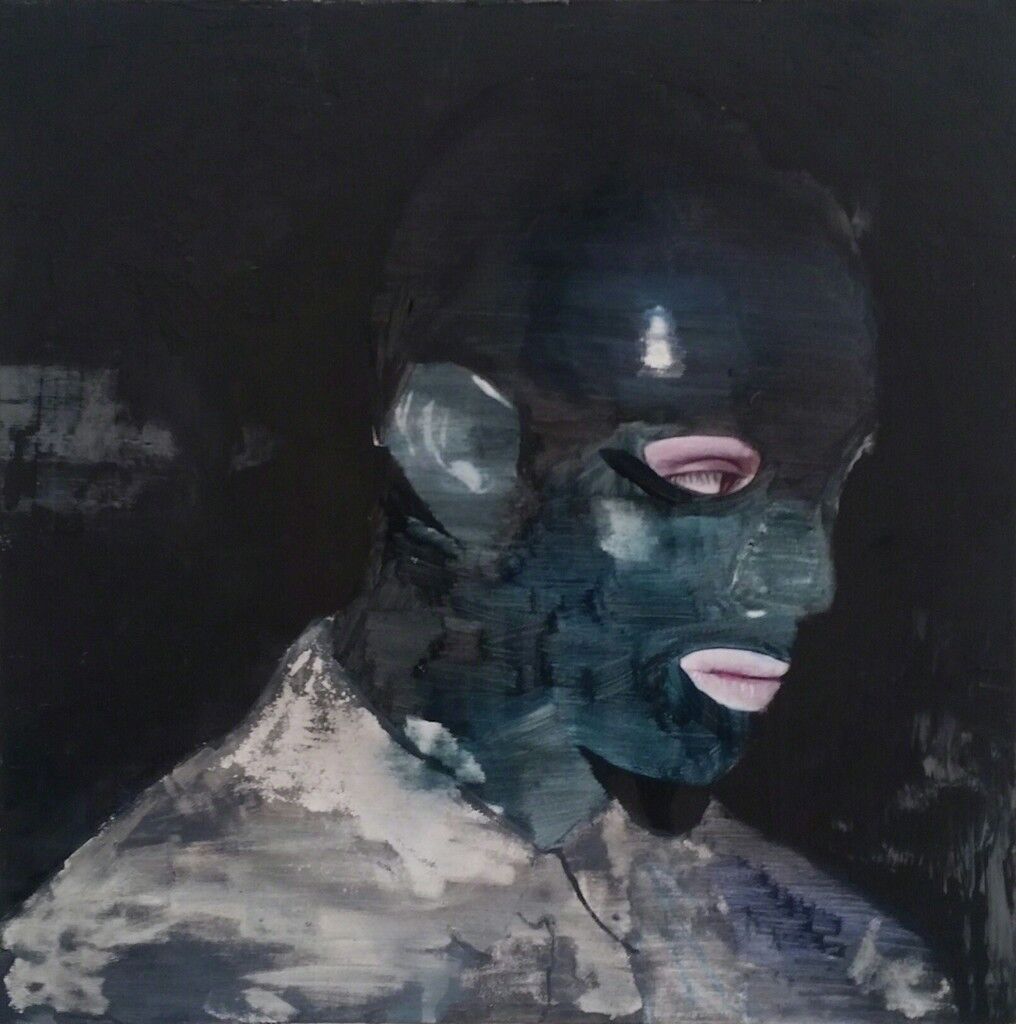 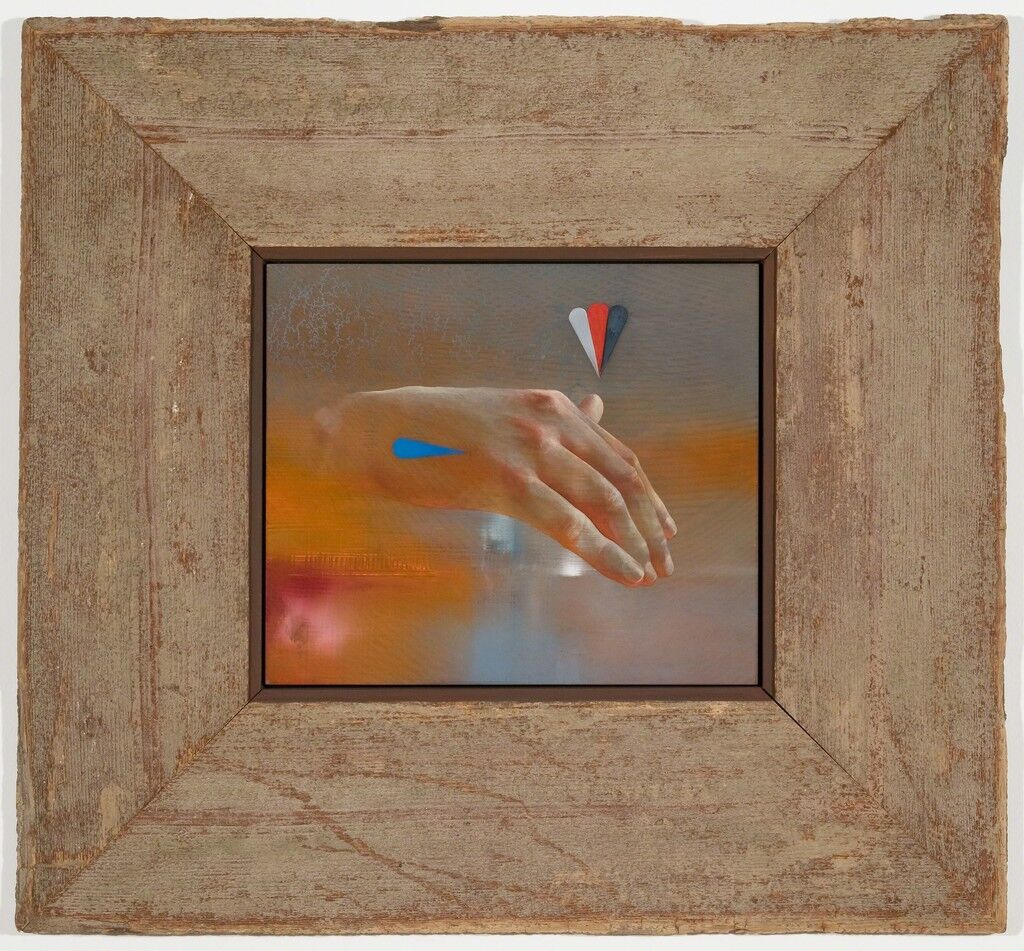 Aaron Holz
Hand for Horace Greeley 1/3, 2013
Beers London
Advertisement
Jenny Morgan
’s unsettling The Flood (2013) takes a slightly more traditional portrait practice as its entry point. Morgan, who creates oil paintings that center around femininity and the body, has washed out her subject in such a way as to feel like a faded photograph, its eyes highlighted and obscured. And
Lou Ros
, a Parisian artist who began creating graffiti as a tenager, brings his signature jittery, textured brand of portraiture in the sinister INC5 (2015). The show is rounded out by works like
Aaron Holz
’s Hand for Horace Greeley (2013) and
Sverre Bjertnæs
’s The New State (2015), where moments of laser focus dip into the surreal.
—Molly Osberg
“The Fantasy of Representation” is on view at Beers London, Jul. 30th–Sep. 19th.
Follow Beers London on Artsy.
Related Stories