Why Andy Warhol Was Enthralled with the Wild West 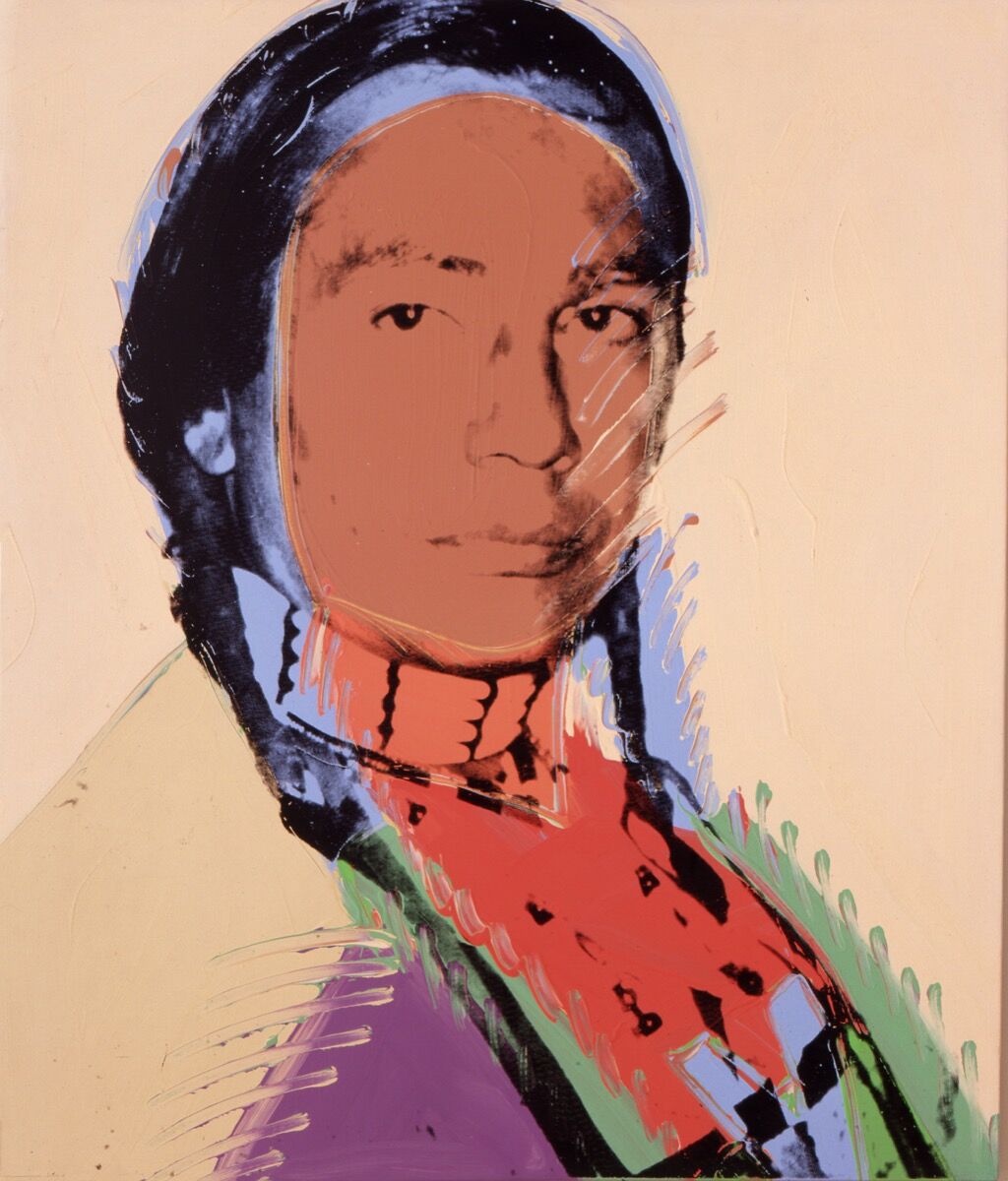 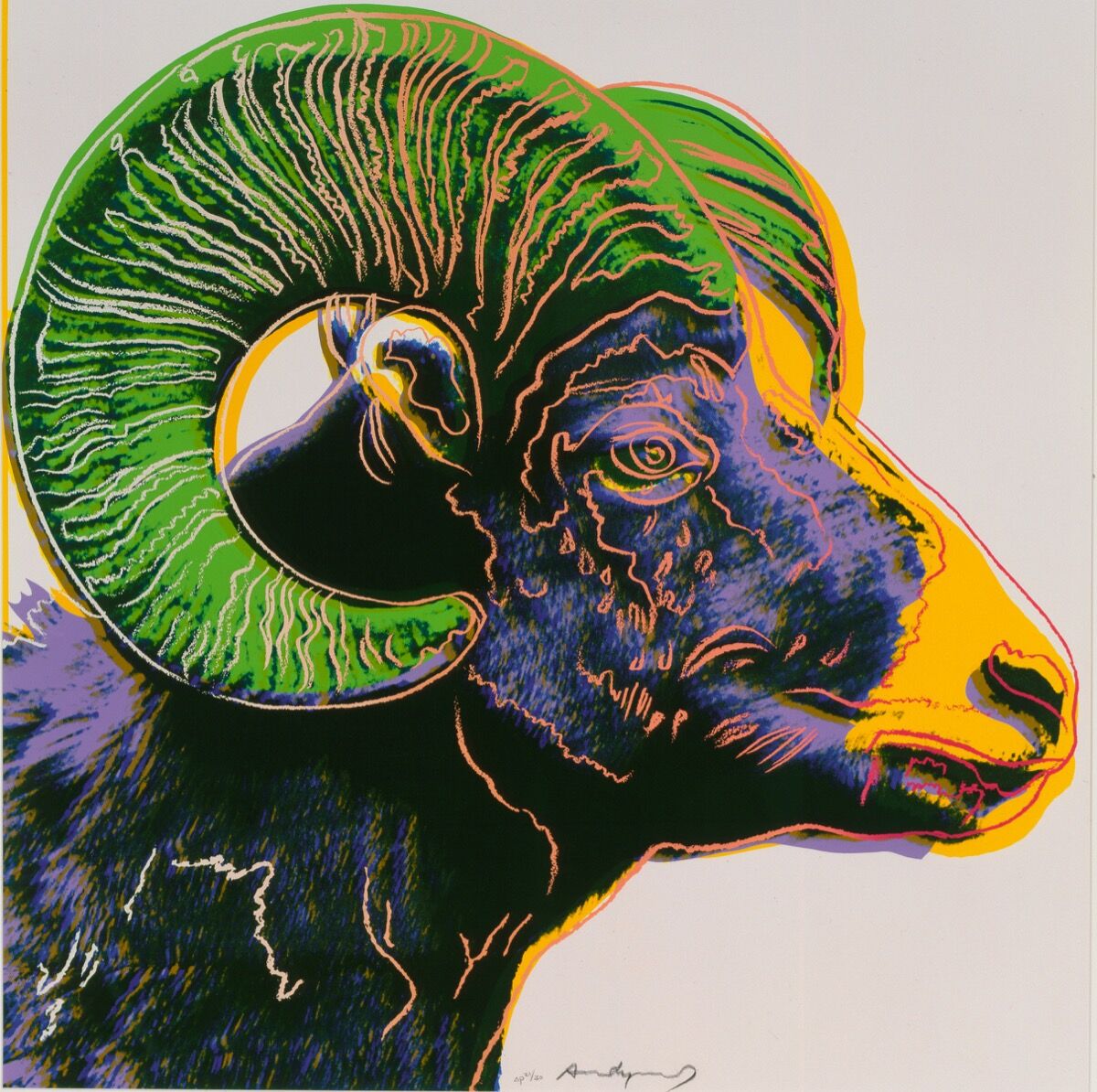 In 1968,
Andy Warhol
carted a band of his Factory regulars—downtown New York cool kids—to the cacti-flecked desert outside Tucson, Arizona. They were there to shoot a Western of Warholian proportions: Strapping, shirtless cowboys wrestled in dust clouds while the mistress of the ghost town ogled them. In an image captured by Bob Broder during filming, Warhol squints into the camera while wearing a 10-gallon cowboy hat, its brim smushing into the machine as he shoots.
Unbeknown to many of Warhol’s admirers, the
Pop art
king had a near-lifelong fascination with the American West and the myths that buoy it. While this obsession surfaced many times in the artist’s work, extensive collections of art and ephemera, and even sartorial choices (his archives contain 27 pairs of cowboy boots), scholarship around it has been scant. That is changing, however, with a new exhibition, “Warhol and the West,” opening later this month at the Booth Museum, in collaboration with Tacoma Art Museum and the National Cowboy & Western Heritage Museum in Oklahoma City. The show, along with its comprehensive, thoughtful catalogue, are unearthing an essential—if controversial—facet of Warhol’s output.
Seth Hopkins, the Booth’s executive director and mastermind behind the exhibition (he’s been researching the subject for over 10 years), traces Warhol’s interest in the West back to the artist’s youth. “Like most kids his age growing up in the ’30s and ’40s, he remembered the best periods of his childhood as the Saturday mornings when his mom gave him 15, 20, 25 cents—whatever it was—to go to the movies,” Hopkins told Artsy. “He would have undoubtedly seen a lot of Westerns. They dominated the film scene at the time.” 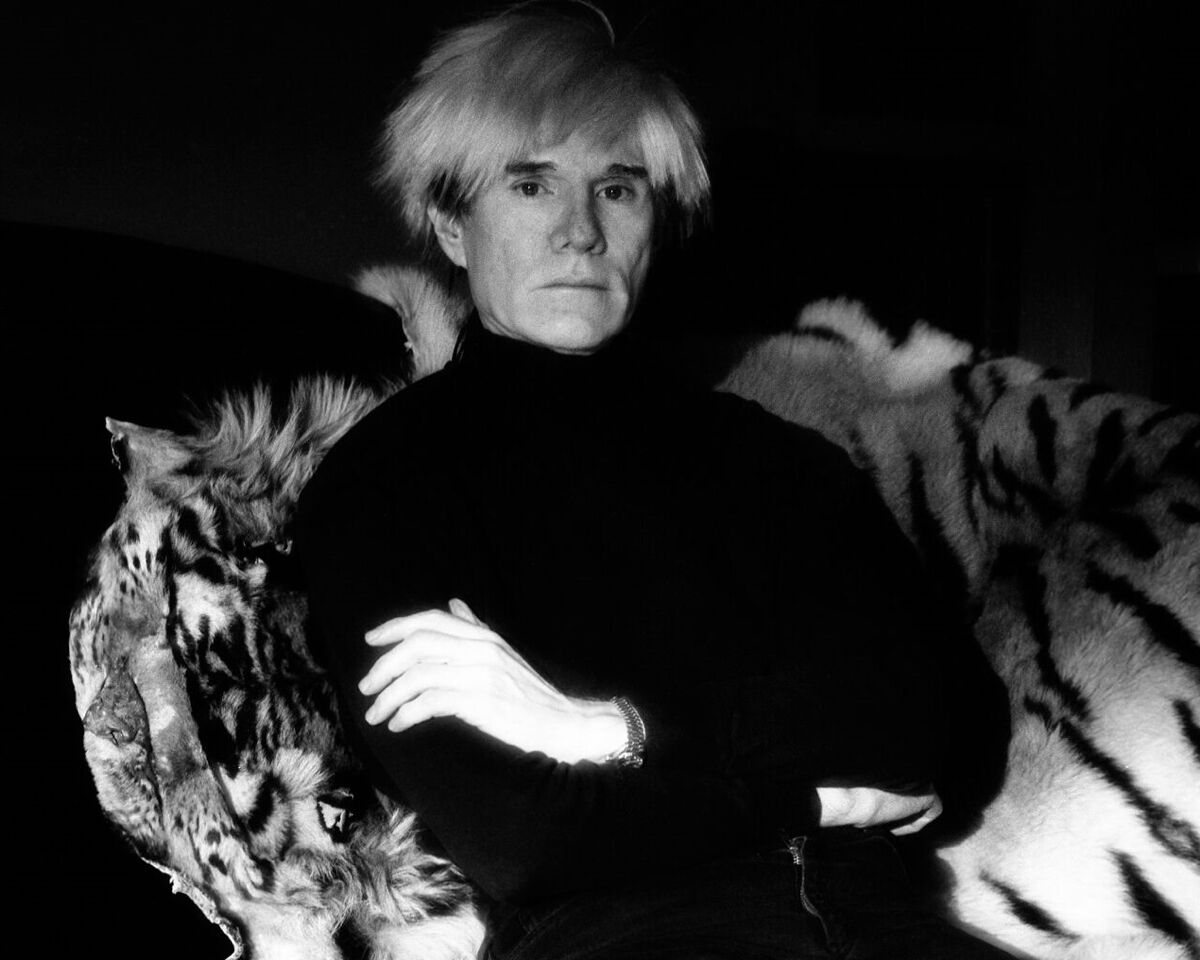 One of the earliest objects in the show, Warhol’s childhood movie star scrapbook, evidences these formative experiences. The yellowed album contains hundreds of film title cards and autographs, including photos of Western stars like Gene Autry and Roy Rogers, who routinely played gun-toting cowboys. The artist’s “Time Capsules,” a series of artworks containing nostalgic objects Warhol collected throughout his life, have unearthed a Roy Rogers alarm clock and picture books with titles like Prairie Bill and the Covered Wagon and Buffalo Bill and Custer’s Last Stand.
Imagery inspired by the mythological American West promoted in the popular and commercial culture of Warhol’s youth began to emerge in his work as early as 1963, five years after critic Lawrence Alloway coined the term “Pop art.” His 1963 silkscreen painting Elvis 11 Times [Studio Type] borrows a publicity shot from the iconic country singer and actor’s 1960 Western flick Flaming Star. In the movie, Elvis plays the son of a Native American mother and white father caught in the middle of a battle between his mother’s tribe and racist white settlers. Warhol repeated the image 95 times over 36 paintings.
Warhol routinely denied that his work contained social commentary or political messaging. “If you want to know all about Andy Warhol, just look at the surface of my paintings and films and me, and there I am. There’s nothing behind it,” he famously said. 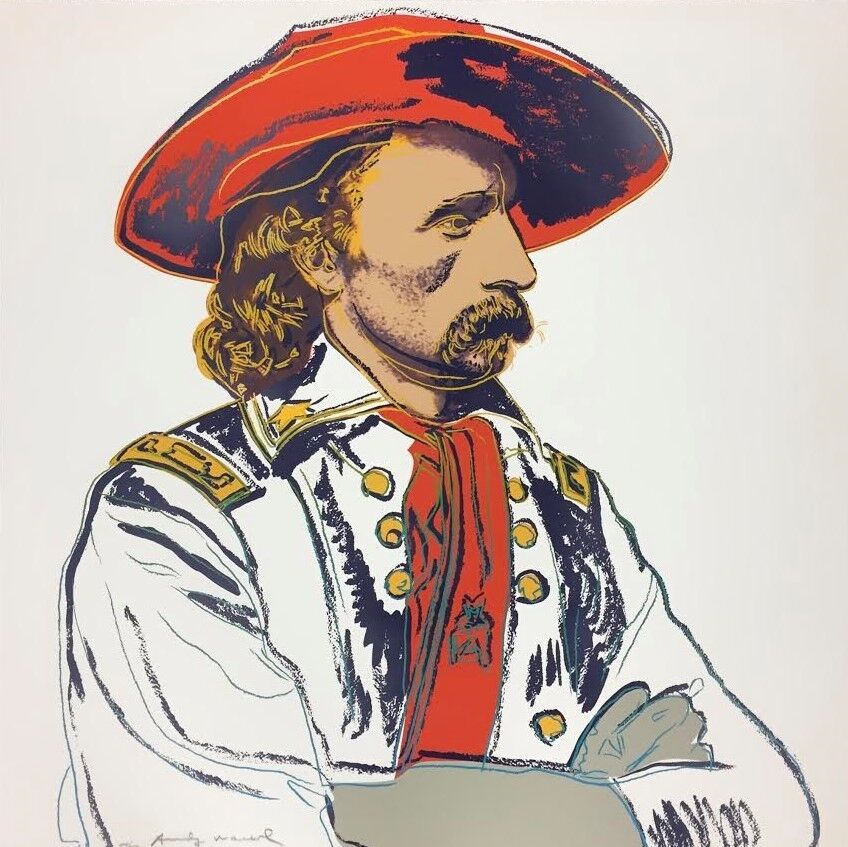 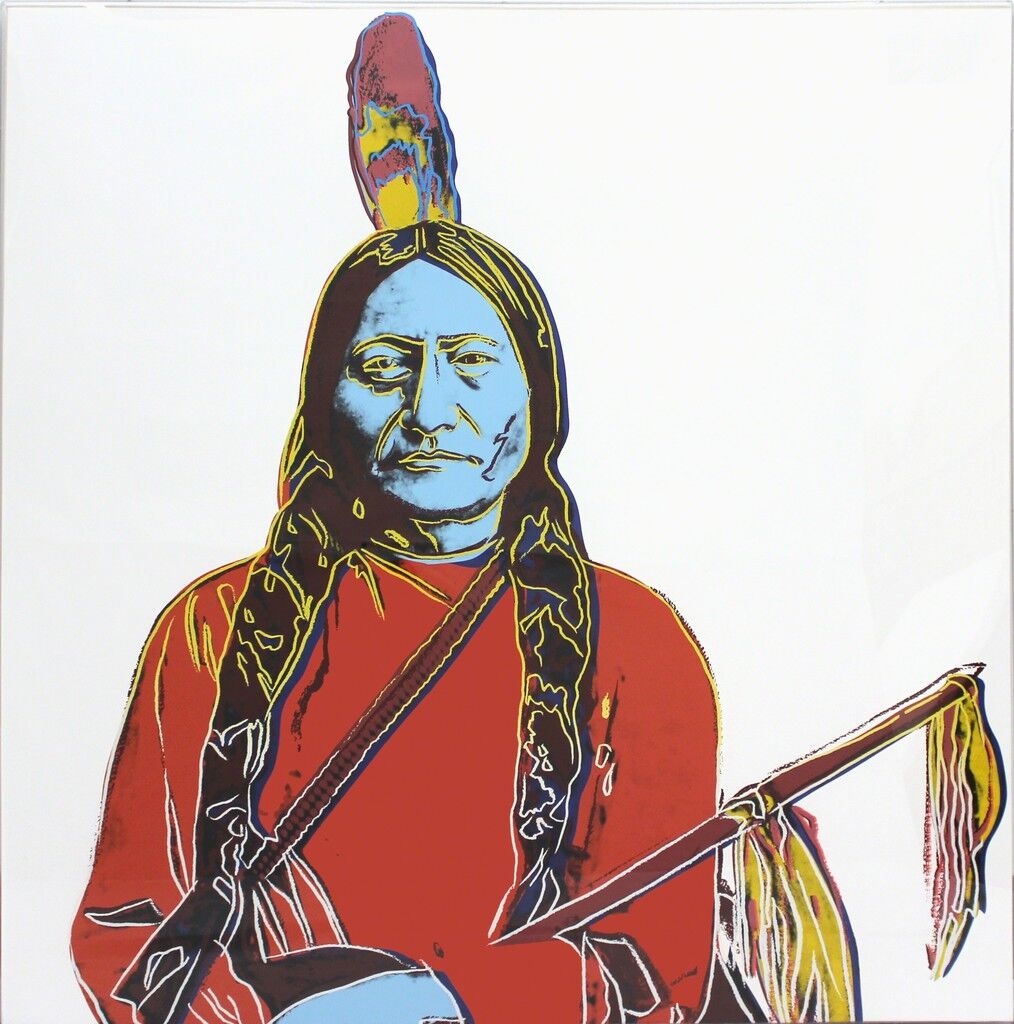 Andy Warhol
Sitting Bull A70 (FS IIIA.70), 1986
Revolver Gallery
Advertisement
But Warhol’s images of fictitious cowboys, and later of Native American activists and cultural artifacts, are undoubtedly weighted with politics and the charged mythology that had so long informed representations of the American West—whether intentional or not. “One of the things that Andy always said was that his work had no social commentary, no political bent, no ax to grind. That there was just the surface, that he was a mirror reflecting back to America who and what we are: ‘We are Campbell’s Soup, we are Brillo, we are Heinz Ketchup, we are Elvis and Marilyn and dollar signs,’” Hopkins explained. “But I think you find enough examples throughout his oeuvre to say B.S. on that—at least occasionally.”
A series of paintings and prints by Warhol in the exhibition, along with corresponding catalogue essays, explore this question in depth. In particular, Hopkins points to one 1976 series, “American Indian (Russell Means),” which portrays Oglala Lakota activist and Native American civil rights leader Russell Means, who sat for the portrait. Warhol made the prints the year of the U.S. bicentennial. As Hopkins pointed out, Warhol chose this moment, amid celebrations parroting national pride and the more savory aspects of American history, to “[come] out with a series of paintings depicting a leader of the American Indian civil rights movement,” he explained. “Now tell me there’s no politics behind that.”
The final body of work Warhol made before his death offers his most in-depth exploration of the American West, and also his most controversial. The 1986 “Cowboys and Indians” portfolio portrays a range of images that represent both the history and constructed lore of the American West, pulled from reality and fiction. Among them are portraits of the performer and sharp-shooter Annie Oakley, silver-screen cowboy John Wayne, and cavalry commander General Custer (who infamously led battles against Native Americans in a bid for their lands). They join representations of Apache leader Geronimo, an anonymous Native American mother and child, and Kachina dolls (photographed by Warhol from the collection of the National Museum of the American Indian). 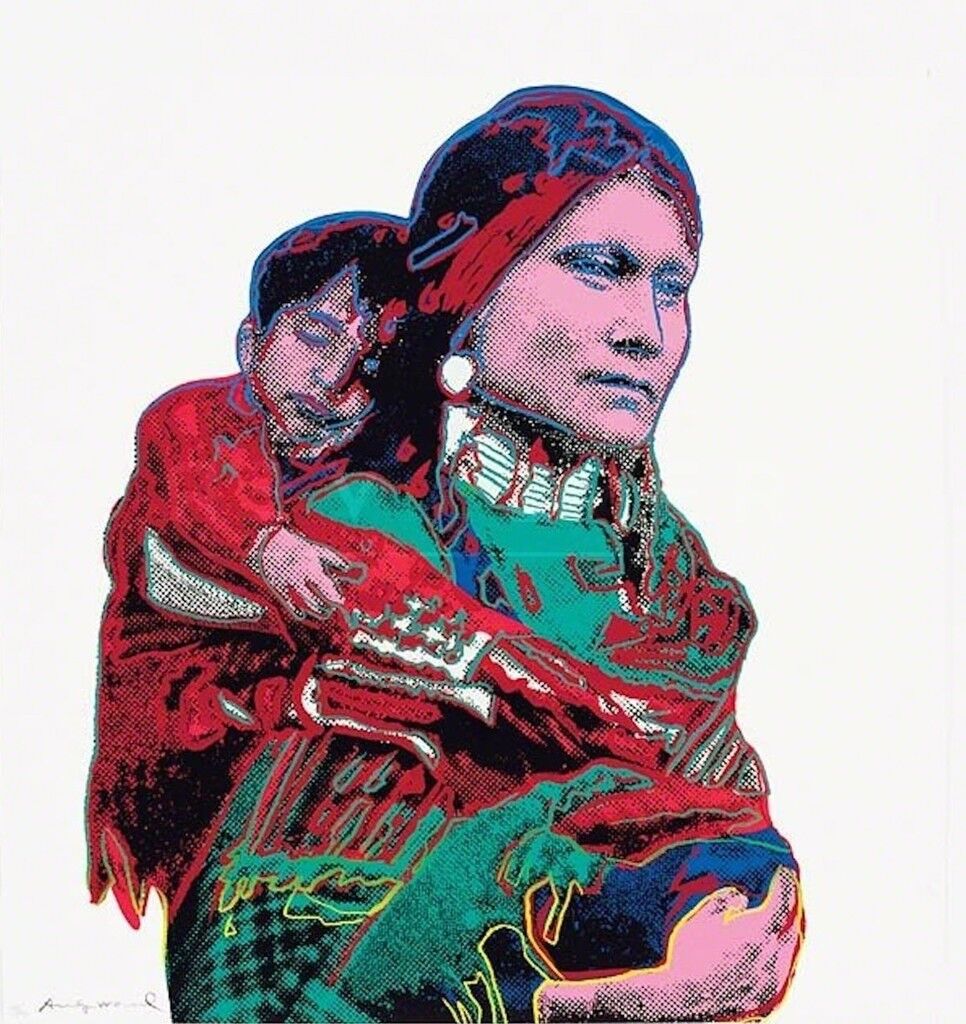 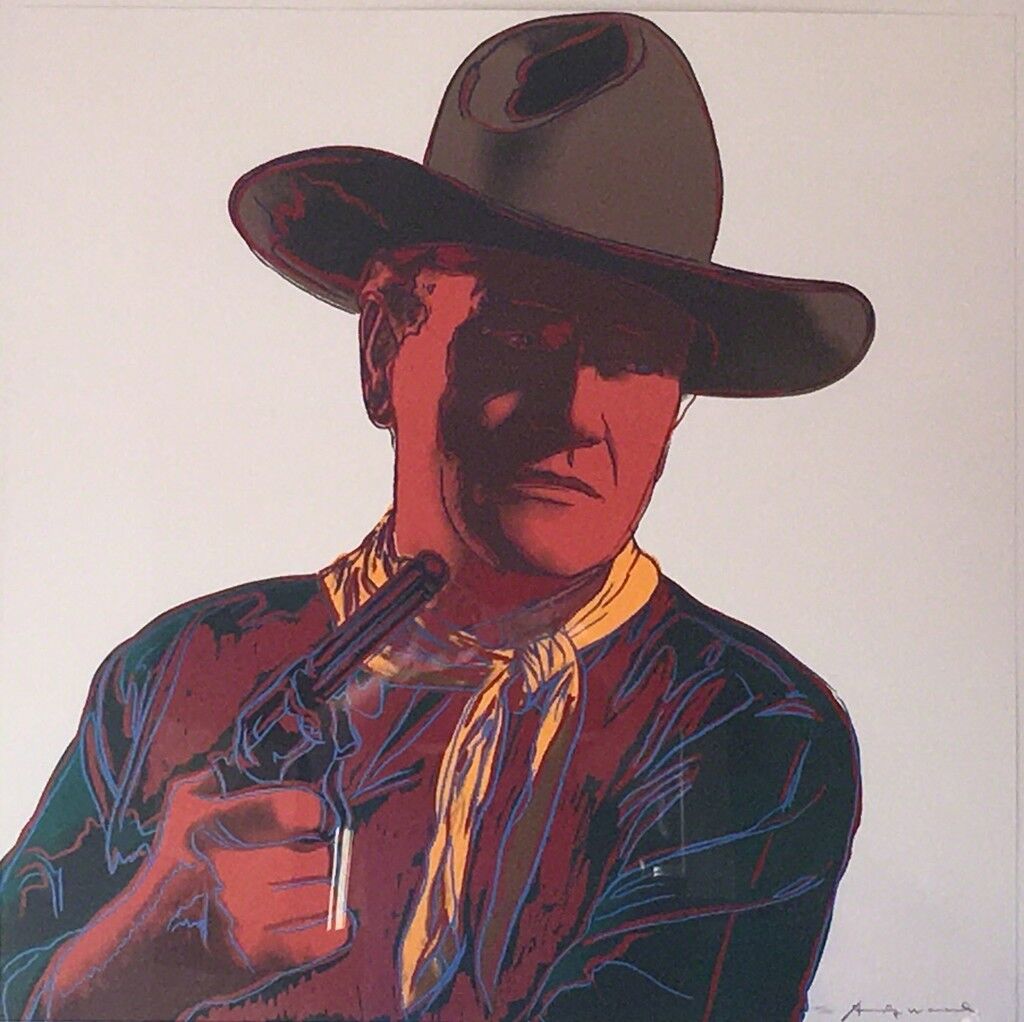 Andy Warhol
John Wayne (FS II.377) , 1986
Revolver Gallery
The catalogue airs numerous responses to the series. On the one hand, scholar Dorothy Joiner describes the works as “calculated juxtapositions” encouraging a reconsideration of “the concept of ‘hero’ in the context of the American West by portraying the significance of the silent heroes, America’s Native Americans.” On the other hand, in her essay “The American Indian and Warhol’s Fantasy of an Indigenous Presence,” heather ahtone, senior curator at the American Indian Cultural Center and Museum, explores the history of cultural appropriation and misrepresentation embedded in Warhol’s images of Native American leaders and artifacts.
In particular, she explores the relationship between
Edward Curtis
’s controversial, highly stylized early 20th-century photographic portraits of Native Americans (of which Warhol owned several) to Warhol’s later depictions. “What is most important to take away,” she explains, “is that the image of the American Indian has for too long been managed, controlled, and constructed by non-Native people who saw the subject as a mythical, even mundane, figure and subject to exploitation as a commodity.”
Indeed, “Warhol and the West” simultaneously introduces the importance of the American West and its attendant fictions on Warhol’s body of work while posing essential, unsettling questions around the myth, commodification, and cultural appropriation that powered the resulting artworks.
Alexxa Gotthardt
Related Stories

The Changing Faces of the American West 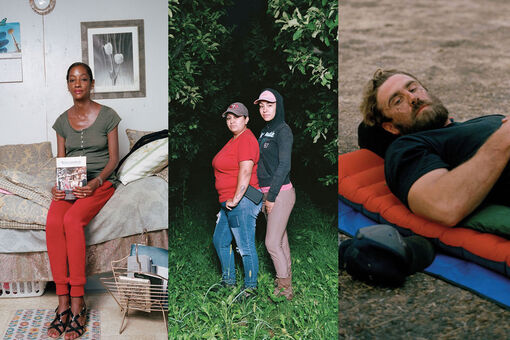 The Changing Faces of the American West
Alina Cohen
Dec 14, 2018 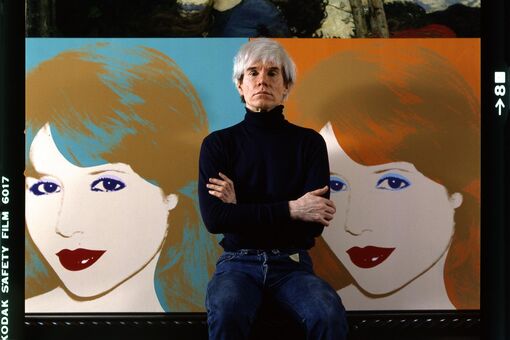 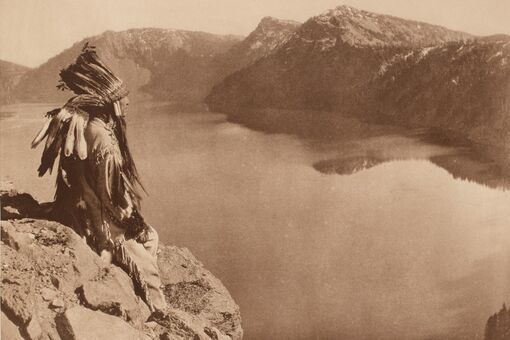