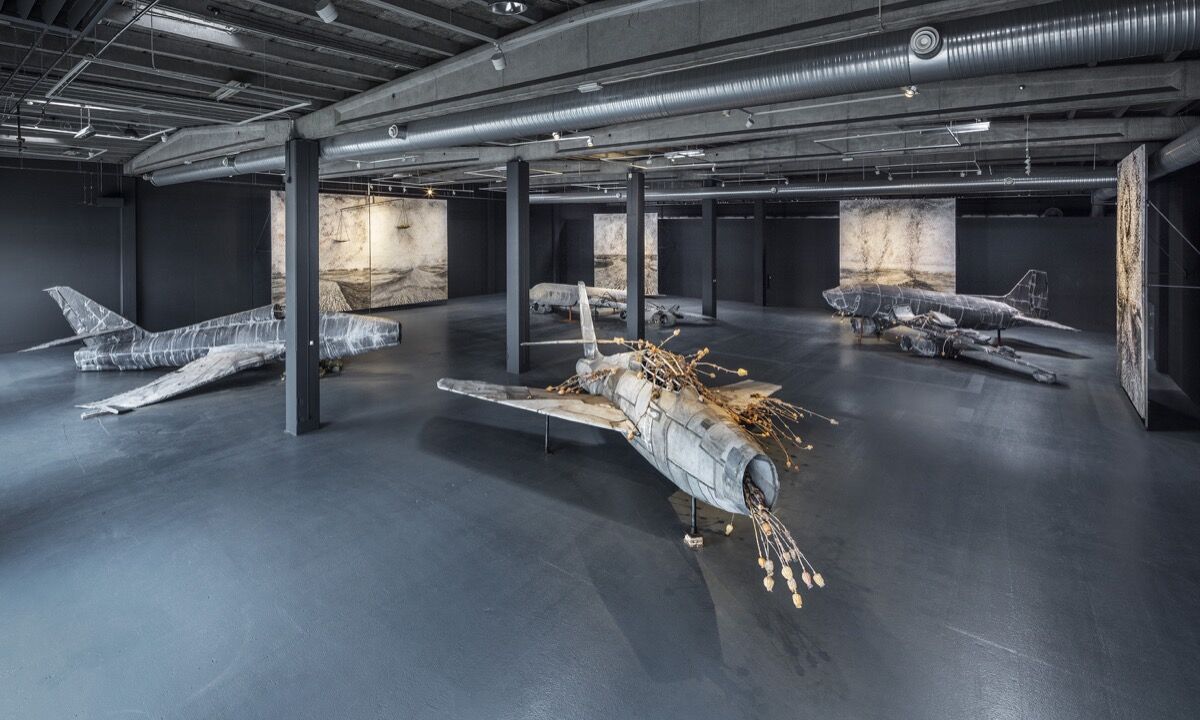 Anselm Kiefer
is emphatically one of the world’s most successful and well-known living artists. His work has been described as “verging on the divine,” no less. But at 72, what does it all mean to Kiefer?
This past weekend, the German artist was in Copenhagen to open a new exhibition at a little-known art center, Copenhagen Contemporary (CC), located on the city’s Paper Island—where, for decades, newsroll was stored in industrial halls. Four of Kiefer’s life-size replicas of 20th-century warplanes inhabit one of CC’s four former paper halls.
Two of these are modeled on the U.S. Army’s F-84F Thunderstreak, a snub-nosed plane used during the Korean War. A larger sculpture is based on the Boeing B-17 Flying Fortress, a heavy American bomber plane used on Germany during World War II. And a fourth sculpture, titled Exodus, is after the twin-engined Martin B-26 Marauder, first flown in 1940 and used by the British, French, U.S., and South African air forces.
The works—three of them built with Kiefer’s trademark material, lead, the other with zinc—have never before left Kiefer’s studio in France. Although planes have been a motif in his work since the 1980s, and the artist also collects decommissioned military jets, this is the first time so many of them have been seen at a single show. 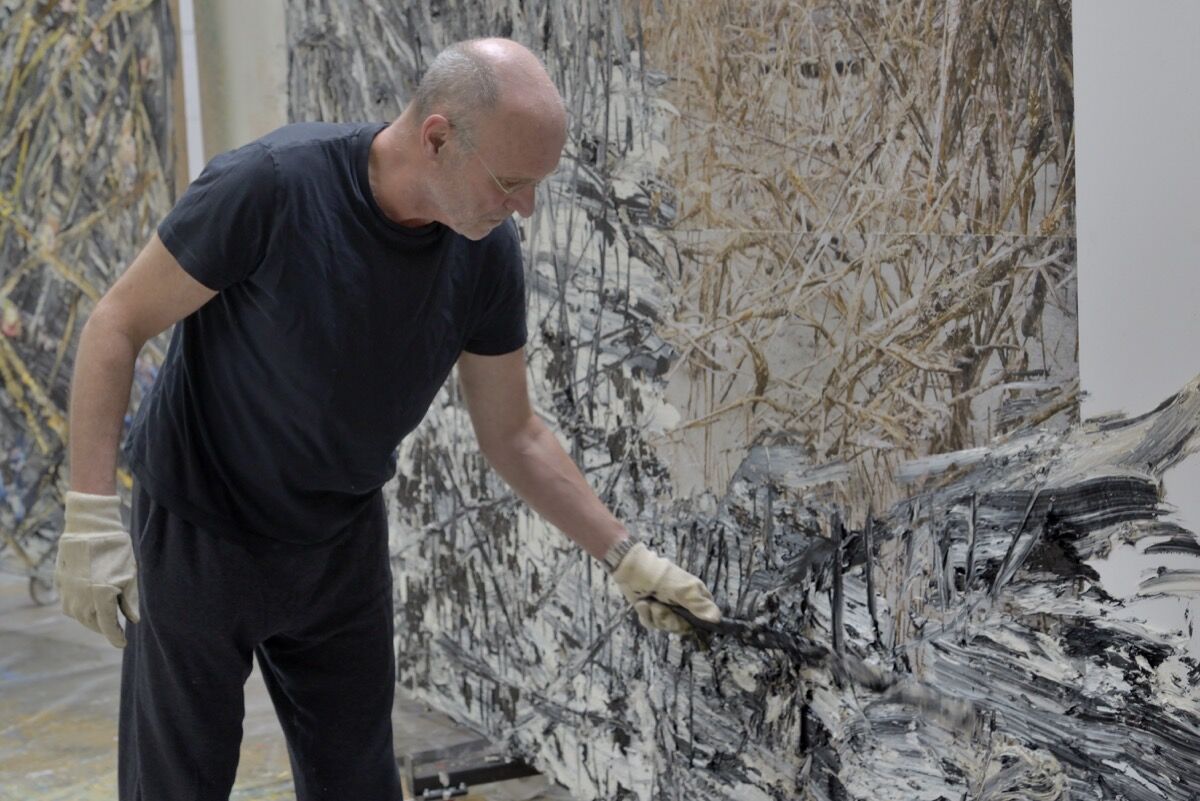 They are framed by a series of “desert paintings,” huge compositions that are based on Kiefer’s photographs of the Gobi desert and loaded with cosmic and alchemical symbolism. Looking at them, you can feel the process of his painting, the slashes of a blade against thick impastoed surfaces.
Though the paintings and sculptures represent two distinct bodies of work, together they form a barren landscape, as if the paintings’ dust and sand had been blown over the corpses of the planes. Piles of closed lead books, rocks, and resin-cast poppies rest on the planes’ wings—imagery of death and destruction so familiar in Kiefer’s work.
The atmosphere is elegiac and somber, a morose memorial to human innovation gone wrong. But for Kiefer, growing up in post-war Germany, such vestiges of conflict were also playgrounds. There is something exploratory in the rubble and wreckage—the possibility of regeneration amid chaos.
It might seem surprising that this little-known Copenhagen space has managed to draw a giant like Kiefer. But CC tends to focus its program on monumental installation works that attract a younger audience, and it was the venue’s founder, Jens Faurschou, that pursued the artist.
“He came to my studio with his family, and then, spontaneously, I said yes,” Kiefer told me at the exhibition’s opening event, where 300 guests gathered for food, drinks, and dancing.
According to Georges Armaos of Gagosian New York, who helped to coordinate the exhibition, the space closely resembles Kiefer’s warehouses in Croissy-Beaubourg. “My studio is a little bit higher and a little bit bigger!” Kiefer laughed. 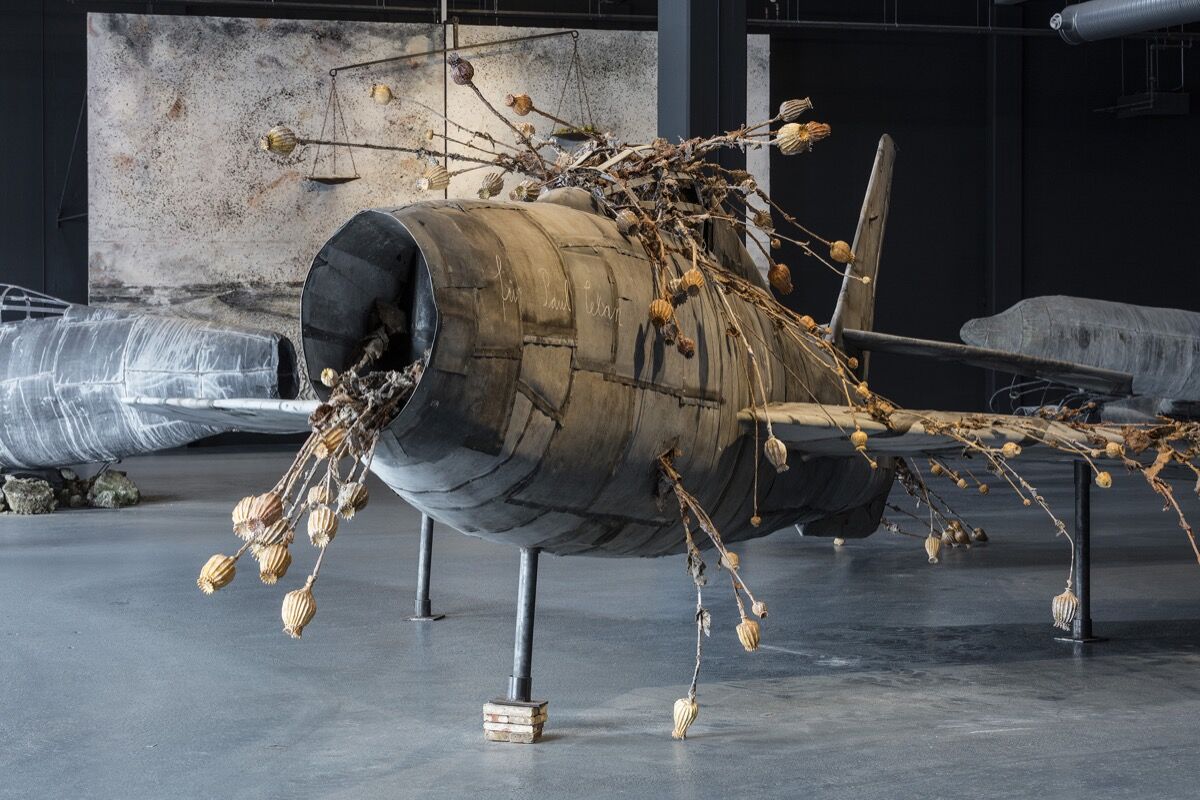 Advertisement
The exhibition takes its title, “Voyage au bout de la nuit,” from the controversial French writer Louis-Ferdinand Céline’s 1932 novel of the same name. The book—which follows its protagonist Bardamu through his personal accounts of World War I, colonialism in Africa, and a Ford factory in Detroit—has influenced many artists, especially the male icons of modernist and existentialist writing, like Beckett, Barthes, and Bukowski.
“It’s one of the most astonishing books of the 20th century, but he was an asshole, yes,” Kiefer said, with trenchant humor that is not always obvious in his work. Indeed Céline’s legacy has been tainted by his anti-Semitic writing and support of the Axis powers during World War II.
After Kiefer’s appearance at the Venice Biennale in 1980, the artist was himself accused of neo-Nazism. So why reference someone like Céline now? “He was a horrible man, but a great writer,” said Kiefer.  “You have to separate, you know. There can be bad characters who are great writers, or good artists, it happens.”
The book is what matters, Kiefer insists. Voyage au bout de la nuit, he said, “was nihilistic, but not in a negative way. He created an anti-world.”
War and humanity’s destitution have been at the center of Kiefer’s work for five decades. One can only imagine the artist has been ruminating on our current world, with mounting tensions in North Korea, talk of a second Cold War, and right-wing populism sweeping through the West.
“When I started to work in the 1960s, I said 1945 is not the beginning of a new time,” he explained. “I said all the morass is still there, it’s covered with a thin layer of democracy, but it’s still there. It can go up anytime. And now we live in a time that’s very dangerous. We have horrible things happening, because mankind is wrongly constructed.” 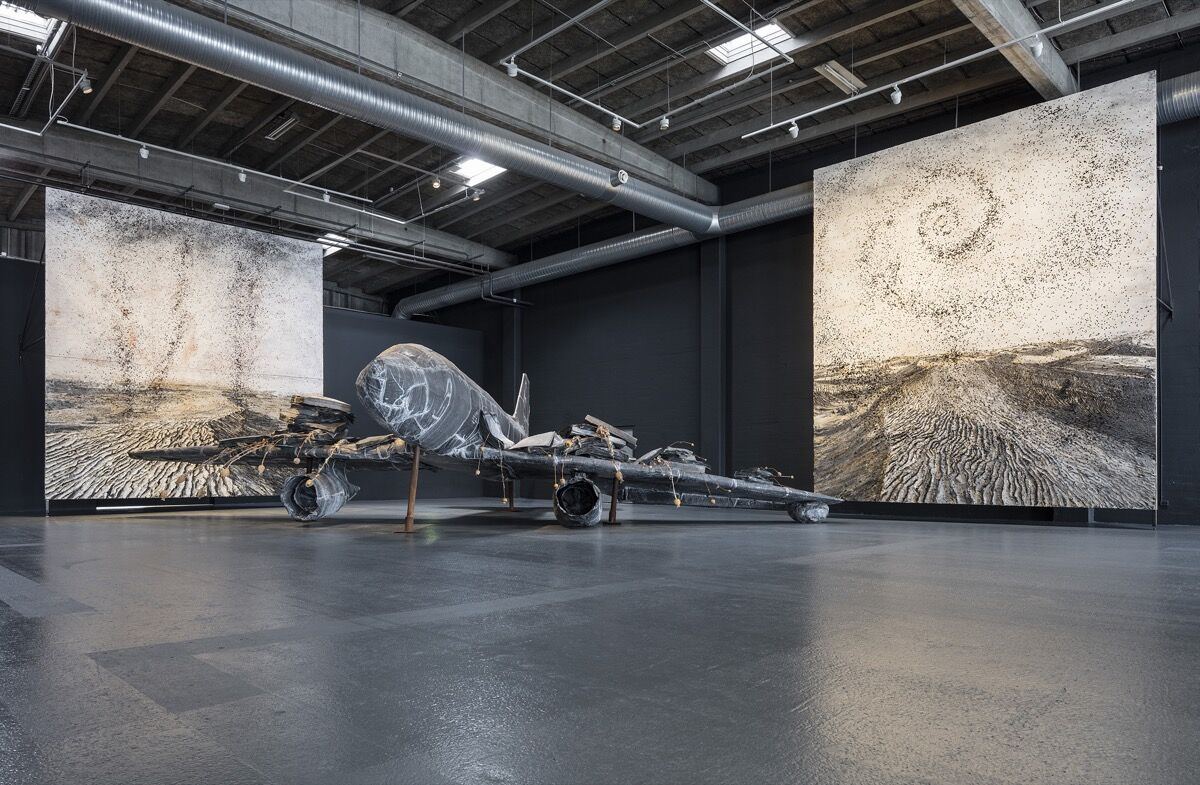 Art certainly can’t redeem the world, but Kiefer believes it has a role to play in helping us find a way to go on. “I don’t think there’s no hope,” Kiefer said. “You have to create hope, otherwise you cannot live.”
In Remembering the Future, a documentary film about the artist and his work, Kiefer says, “We don’t know why we are here, we don’t know where we go... it’s quite desperate. We have an intellect to find out and we cannot.”
It is what the French writer Albert Camus referred to as absurdism: the confrontation with our own inability to discover the true meaning of life, and our impulse to create in the face of it.
And despite having a somewhat diabolical outlook on the world, Kiefer has never stopped creating. “I work because I want to be surprised about myself,” he said. “Every day I do something that I didn’t expect.”
Charlotte Jansen
Related Stories