The Architects Reconstructing Crime Scenes No One Else Can 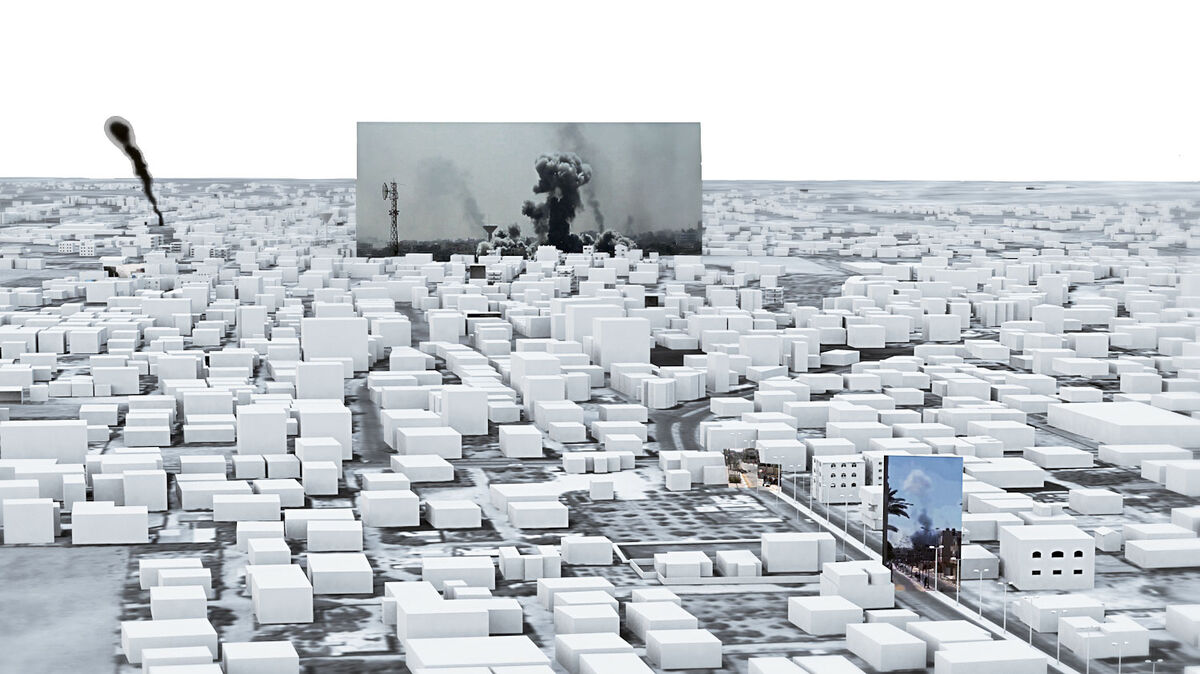 The architectural image complex. The three-dimensional model provided us with a means of composing the relations between multiple images and clips and an optical device to navigate between them. The smoke clouds were used as the anchors that connect the multiple sources. Courtesy of Forensic Architecture.

What is to be done when crimes are committed by the people who are supposed to mete out justice and ensure the security of their population?
This question guides the counterforensics work of Eyal Weizman and his multi-disciplinary team at Forensic Architecture. Their innovative practice is detailed in the book Forensic Architecture: Violence at the Threshold of Detectability. “While forensics is a state tool,” Weizman writes, “counterforensics, as we practice it, is a civil practice that aims to interrogate the built environment to uncover political violence undertaken by states.”
As director of Forensic Architecture, established in 2010, Weizman leads a group of artists, designers, architects, filmmakers, coders, journalists, lawyers, and scientists to investigate this violence. 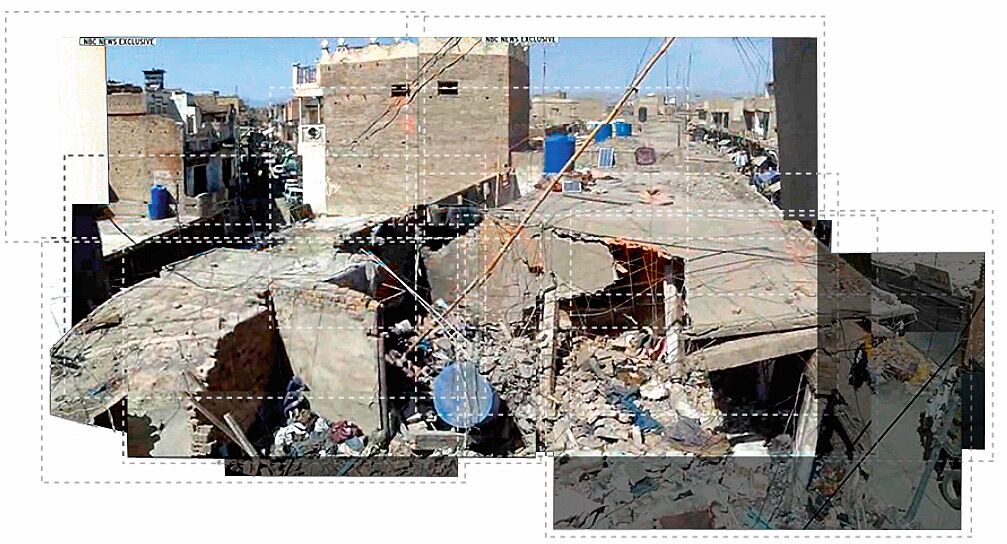 In one of the earliest cases, the team was asked by the United Nations to help investigate the drone strikes that were being carried out against Taliban forces in Waziristan, Pakistan, near the Afghan border. At the time, the CIA was still denying that these strikes were taking place.
“Usually, situations of war are typified now by an enormous flood of visual and data information,” Weizman tells me. “In Waziristan, the CIA could keep on denying the war was taking place precisely because it imposed that restriction on the flow of information.”
In 2012, after the Taliban started to operate in urban areas as a means of escaping these attacks, a drone strike occurred in Miranshah, which reportedly killed four people. A rare piece of video was smuggled out of the country and provided to NBC, and Weizman and his team analyzed it. From the short video, they were able to glean a wealth of information, including the fact that a delay-fuse missile was used—likely the “Romeo” Hellfire II AGM-114R—which was designed to penetrate buildings and detonate at specific points, sometimes after passing through several ceilings.
In order to analyze the footage of the room where the blast occurred, Forensic Architecture combined all the still frames from that video sequence into a single panoramic collage, and marked all the blast traces that could be seen on the walls. In their study of these marks, they found a macabre piece of evidence: Several areas on the wall were devoid of blast marks. Why were these areas missing marks? “There’s always something to find if you have enough patience, enough skill to interpret,” Weizman says. “We were continuously surprised to see how much we could unfold from this video. When we discovered the shadow of the people on the wall, that was quite a chilling moment.” 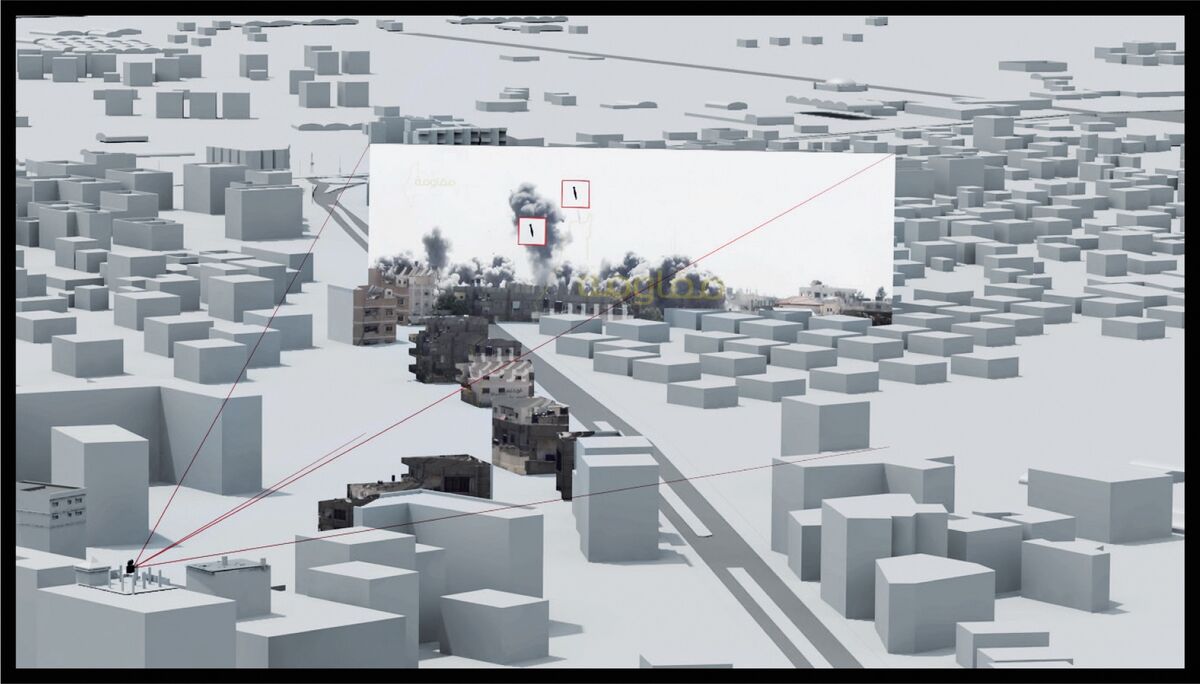 While closely studying the changing morphology of these bomb clouds, Forensic Architecture noticed an important detail. Two single still frames captured bombs in midfall, fractions of a second before impact. In order to identify these bombs, they needed to measure their size. They placed the photographic surface at the location of the bombs into the 3D model. Resistance Press, 2014; analysis by Forensic Architecture, 2015. Courtesy of Forensic Architecture.

Advertisement
A key part of Forensic Architecture’s practice is presenting their work in public forums. For the 2016 Venice Biennale of Architecture, they created a full-scale reconstruction of the room in Miranshah, which enabled a spatial representation of a drone strike and its deadly effect in the face of the U.S.’s denial that such a campaign was being waged. This also highlighted the firm’s ability to draw significant conclusions from limited resources. With other cases of state violence, however, sometimes there is even less to go on.
In 2016, Forensic Architecture was approached by Amnesty International to help investigate reports of a secret prison in Syria, a place known as Saydnaya. Together, they revealed to the world a place of absolute horror, administered by the Bashar al-Assad regime.
Without any images, video, or physical evidence, Weizman and Forensic Architecture had to rely on witness testimony. A group of survivors, many of whom gave testimony in Turkey, wanted to expose what was happening at the secret prison. Located around 25 kilometers north of Damascus, the site had been host to thousands of killings, many by hanging.
The case was complicated even more by the fact that prisoners who are brought to Saydnaya are kept in a state of sensory deprivation. “Witnesses were led into the building blindfolded,” Weizman says. “They were held at the threshold of both vision and sound. They could not see much. While they were in the cell, they could not speak or scream, or they would be beaten or tortured.” 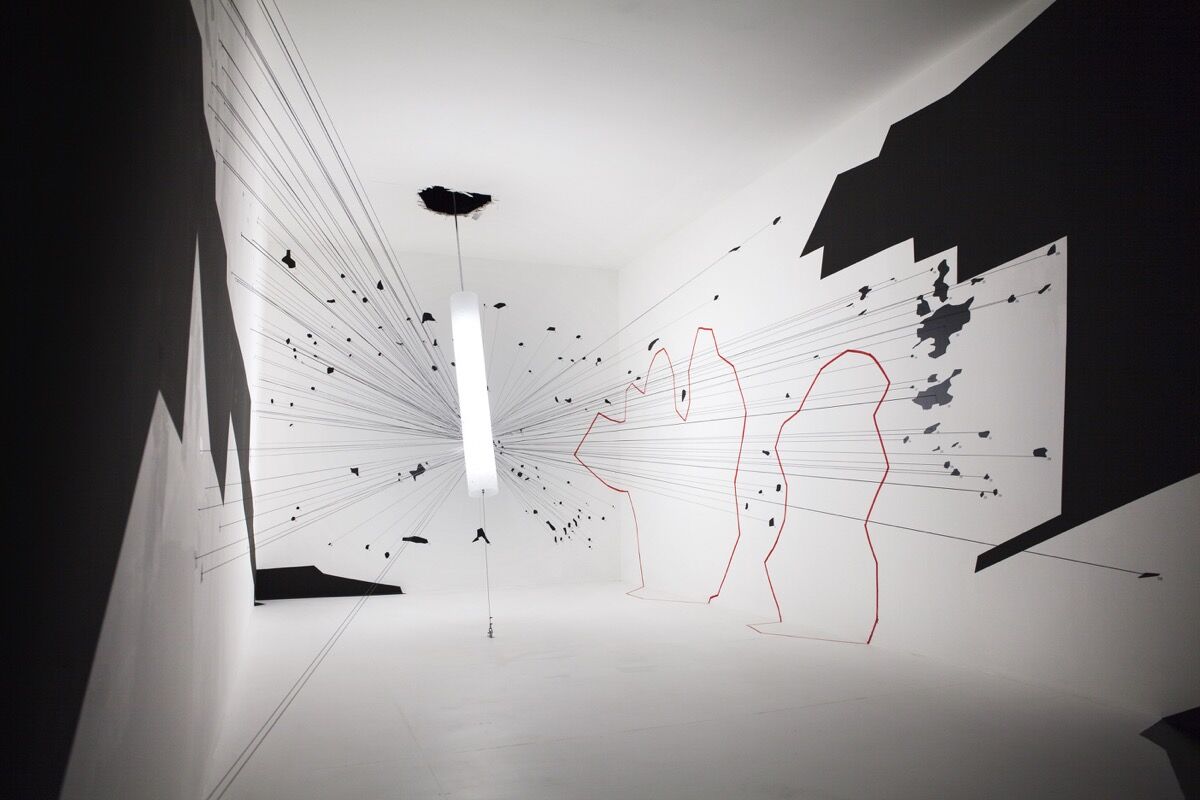 A full-scale reconstruction of the targeted room in which the blast occurred, enabled by the occasion of the 2016 Venice Biennale of Architecture. Photo by Matthias Böttger. Courtesy of Forensic Architecture.

So, in order to develop a virtual recreation of the prison, Forensic Architecture depended on ear-witness testimony. Working with sound artist and audio engineer
Lawrence Abu Hamdan
, the survivors described the acoustic qualities of the space so that designers could develop an architectural model of the prison’s spaces. They also depended on testimony regarding perceptions that couldn’t be controlled by guards, such as temperature, moisture, vibrations, and echoes.
The survivor testimony led to a sobering assertion, one that recalled the scale and industrial nature of the Holocaust and other high-tech genocides. “We realized,” Weizman writes in his book, “that the building functioned not only as a space where incarceration, surveillance, and torture regularly take place, but that it is, itself, an architectural instrument of spatial and acoustic torture, and as such, one of the most extreme manifestations of architecture.” With the recent news that a crematorium has been constructed on the prison grounds, Forensic Architecture’s work has taken on even grislier urgency.
The book documents other cases that Forensic Architecture has worked on, including the human rights abuses that have taken place in Palestine. It seems that this is what led Weizman, who was born in Haifa, Israel, down his path of studying architecture, and the violence that is encoded in it.
“It was a long process of disillusionment,” Weizman says, “of understanding the violence that is saturated in our daily lives in a way that our physical space is organized, the way that politics is spatialized always to favor the Jewish-Israelis over the Palestinians, whether they are citizens or occupied—and how architecture is one of the main tools in that struggle.”
However, Forensic Architecture flips this script, and uses the tools of architecture to study and reveal the abuses that states all over the world commit. In cases of state violence, it is the killer who has better optics, the power over data and information. But when thinkers and artists such as Weizman engage the evidence, no matter how slight, it is incredible what can be unveiled. As Weizman says, “You need to go down to the moment when something happens, and tell the history of a split second.”
Rob Goyanes
Related Stories