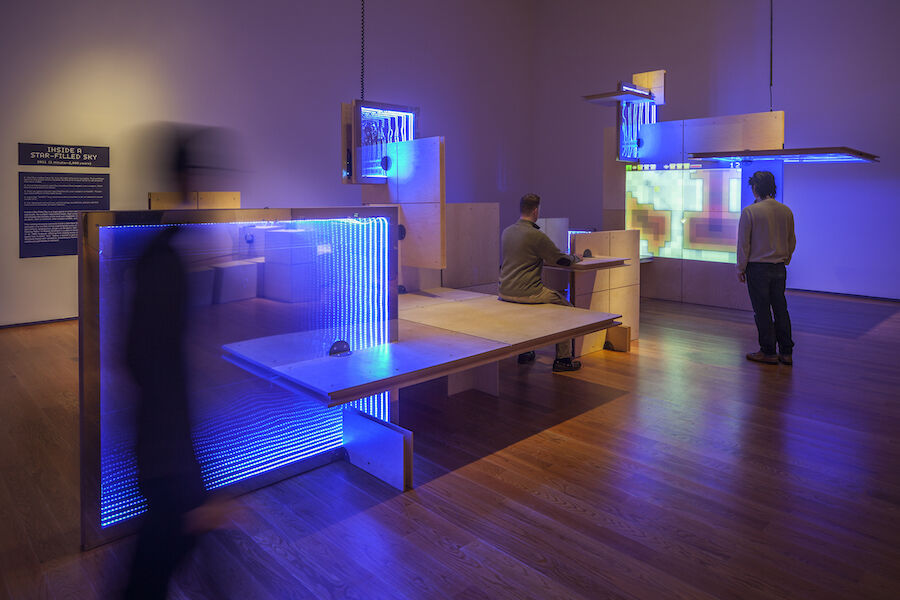 Installation view of “The Game Worlds of Jason Rohrer” courtesy of the Davis Museum. Photo by Benjamin Kou.

It’s a question, that much is certain. Does it have an answer, though, and does that answer matter? That’s a tougher one. Hot dogs could be sandwiches: They’re meat between bread. But calling a hot dog a sandwich feels weird, so maybe they’re not. In 2014, this conundrum produced one of the internet’s finest intellectual dialogues, between The Guardian’s Jeb Lund and Gawker’s Adam Weinstein. Less notably, it also spurred debates between me and my friends at a Korean restaurant, all of us taking essentially arbitrary positions and defending them in mortal combat for no real reason. (I’m in the yes camp, in case you’re wondering.)
Ultimately, how I feel about the hot dog issue is how I feel about the question “are video games art,” except the debate is much less delicious or interesting. It’s actually just annoying, but people have taken sides, so let’s dig in. In a short article for The Guardian titled “Sorry MoMA, video games are not art,” Jonathan Jones lays out his case for why video games aren’t art. Jones’s argument is essentially that he once spent some time at a little place called Oxford (maybe you know it?). Really though, he makes a big paisley-clad claim: A game isn’t art because it’s a game. Would you call a chess player—a woman chess player no less—an artist, he queries in what sounds like the start of a very bad sexist joke. Sure, you might be thinking, I might, why not? But NO, he insists, she’s just a chess player. The person who made the chess pieces, now they may be an artist. Renaissance paragone this ain’t.

Installation view of “The Game Worlds of Jason Rohrer,” and portrait of Jason Rohrer with the exhibition, courtesy of the Davis Museum. Photos by Thomas Willis.

Advertisement
But as I learned from Jason Rohrer, the game designer-cum-artist currently exhibiting his work in a retrospective at Massachusetts’s Davis Museum, it’s actually the game itself that should be considered both the medium of and ultimately the art in video games. In a sense, Jones is on to something (and, incidentally, Rohrer’s work is in MoMA’s collection), but his argument is out of focus. It’s not the player we should be thinking of as the artist, it’s the game designer. And that makes the game—its actual mechanics, not so much what it looks like—the art we should be evaluating. At least, I think so. Rohrer definitely thinks so, and he’s convincing if only because you want to see what he’ll do when motivated by a desire to make games with mechanics no one has seen before.
In this endeavor, Rohrer is grappling with questions of medium-specificity that much of the fine art world buried with Clement Greenberg. Luckily, medium-specificity feels fresh and interesting in the digital realm, especially when you’re actually playing it. “I ask myself, what’s unique to a game?” he told me of his design process, which can take days or months, all while I furiously switched between scribbling notes and trying not to die playing Inside a Star-filled Sky (2011). “Is the experience of the game antithetical to a sublime experience?”
That game touches on the idea of infinity as you shoot 8-bit bad-guys, moving up levels and then down when you die, controlling different characters as you progress and regress. You cannot win (playing time: 30 seconds to 2000 years, the wall text notes). A trippy feature of the game lets you “enter” bad guys, and then they become the level and you become them. You can also “enter” yourself, and then you become the level. After about 15 minutes of playing, going up and down, I suddenly realized I was back in my first body, right where I started. “Hey,” I said, happily, “I’m myself!” This is what Rohrer is looking for. And it’s a moment that’s stuck with me for a while. Yes, yes, I know Inside a Star-filled Sky isn’t the Mona Lisa—but it made me smile.

Stills from Jason Rohrer, Inside a Star-Filled Sky, 2011, courtesy of the Davis Museum.

The exhibition is designed specifically to compliment each game, from the blocky, 8-bit-styled cubes on which gamers (or art viewers?) are invited to sit to the reflective walls surrounding the intensely competitive puzzle game Cordial Minuet (2014). There are plenty of works on display, many on laptops, most of which I was terrible at. (My fault entirely.) One game, Primrose (2009), which is projected onto a gallery wall but that you play from the second floor balcony where you enter, involves you doing something with certain cubes to get rid of other cubes? I don’t know, I sucked at it. There was another game, Police Brutality (2008), where you have to stop police from beating and arresting protesters—I won that one but I’m not sure how.
It takes a long time to get a feel for a game, which is something you might also say about a work of art. One piece I spent some minutes with was a Settlers of Catan-style game played on the Nintendo DS that has you squaring off against an opponent in a quest to illegally buy diamonds in Africa while you both avoid being caught by the UN. Titled Diamond Trust of London (2012), it’s Rohrer’s only game that exists carved physically into a cartridge and is thus (relatively) immune to the passage of time. His other works flirt with obsolescence, and the code for some has ceased to run on the systems for which they were designed—an issue that plagues digital preservation in general.
I asked Patrick Jagoda, a University of Chicago professor who helped author the show’s catalogue, about the message of Diamond Trust. “A game makes you complicit,” he told me, which can make your engagement and critique of a subject more visceral. I’m not entirely sold. Becoming so inculcated in a game often means you cease to be critical of what “winning” and “losing” means. It can all start to feel like, well, a game, something without stakes in the real world. 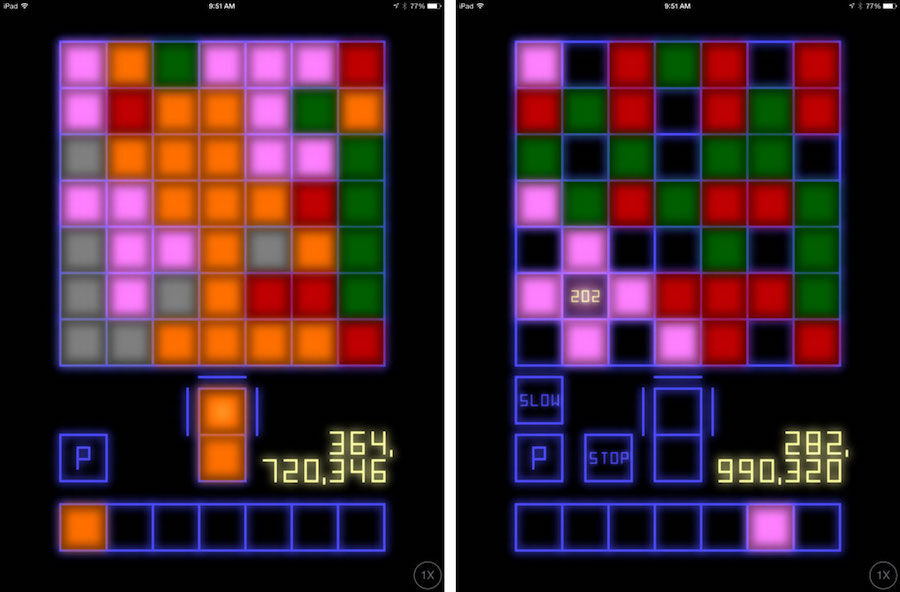 Stills from Jason Rohrer, Primrose, 2009, courtesy of the Davis Museum.

It was more concerning for a show about video games to see no real mention of gender, something curator Michael Maizels admitted he’d received a “dressing down” about. It’s perhaps not been Rohrer’s subject of choice, even though he’s curious about roles played within the family. In the charming Gravitation (2008), playing with your child powers you up, letting you go get “creative ideas” worth certain points. But focus on gathering ideas too much and the game depreciates their value—a parable on child rearing, of sorts. Still, the Davis is located on the campus of Wellesley, an all-women’s college. Video games are a medium notoriously, even violently, dominated by men (see: Gamergate). There will be subsequent programming that explores the gender politics around gaming. But the actual exhibition lacked for not dealing directly with the subject.
So after all this, again we return to the question, like a fly beating against a windowpane: Are video games art? Rohrer doesn’t care. Maizels doesn’t care. I don’t care. We’d all be better off not vetting video games for entry to the cool kids club of fine art and instead talking about their messages and their meaning. What does irk me, however, is when people try and tell me that video games are too base to be included in the white-walled pantheon of the arts, which houses, among other things, massive photographs of Jeff Koons’s literal penis.
On this issue, ladies and gentlemen, the proverbial hot dog is out of the bun.
Isaac Kaplan is an Associate Editor at Artsy.
“The Game Worlds of Jason Rohrer” is on view at the Davis Museum, Wellesley, Massachusetts, Feb. 10–Jun. 26, 2016.
Related Stories