Nicole Berry Takes the Reins at The Armory Show 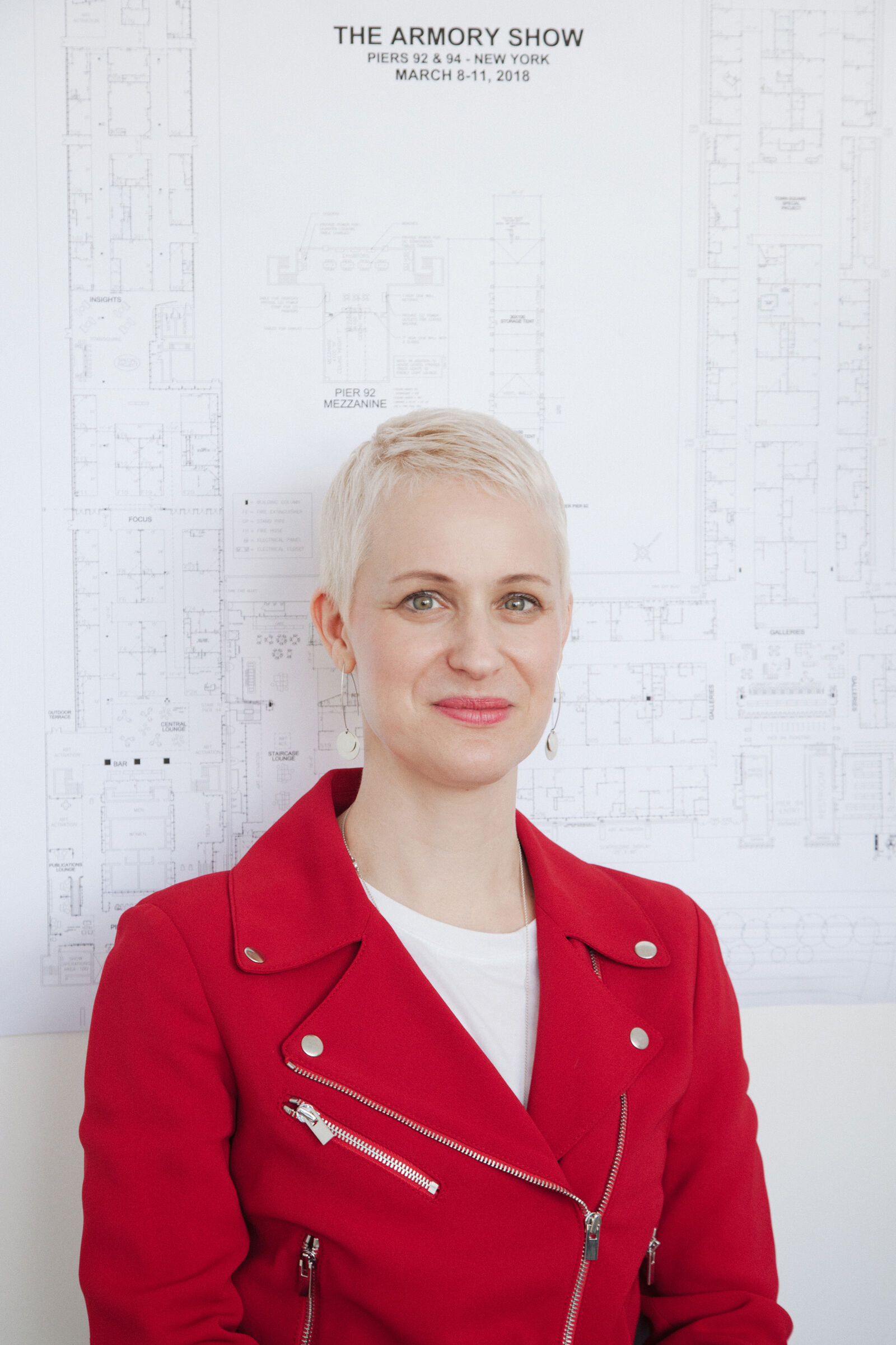 Anna Louie Sussman
Mar 5, 2018 4:14pm
Nicole Berry has a recurring nightmare, in which she is standing alone in the vast, empty halls of The Armory Show, the New York art fair whose leadership she assumed in November and which opens its 24th edition this Wednesday, with none of show’s expected 65,000 visitors in sight.
Fortunately for Berry, any trace of self-doubt vanishes upon waking.
“I feel very well-suited to this role,” she said on a recent morning in her light-filled Midtown office, citing her experience in the commercial gallery world and at EXPO Chicago. As deputy director of EXPO, she and executive director Tony Karman had “created a fair from the ground up,” as she put it, before she became deputy director of The Armory Show in 2016.
“My experience in art fairs, my experience at galleries, my experience in the art world, all has led to this point, and I’m ready for the challenge of it,” she said. “I’m excited about it.”
Her absence of humility is refreshing in an era in which female leaders can still be punished for their ambition, and is complemented by genuine warmth, presence, and an innate capacity to listen, qualities that observers say will serve her well as she guides The Armory Show into its next quarter-century.
“She’s someone who listens very well, who is sensitive, who is attentive, and I think all of those attributes have stood her very well in working with galleries who sometimes can be quite demanding as clients,” said the dealer Sean Kelly, who has participated in The Armory Show since 2001.

Berry assumed the executive directorship of The Armory Show in early November, after Benjamin Genocchio, the previous executive director, was let go following allegations of sexual harassment. After a conversation with the leadership at Vornado Realty Trust, the real estate company that owns The Armory Show, it was decided she would retain the executive director role permanently. (She declined to comment on Genocchio’s tenure at Armory, and referred to him solely as “my predecessor.”)
Since taking over, she has hit the ground running. She’s been on the road nearly every week, building a rapport with collectors and institutions everywhere from Kansas City to Mexico City to Madrid.
“She’s been crisscrossing the country and going to Europe and getting the message across that everything’s okay and things are progressing forward” since Genocchio’s departure, Kelly said.
Tony Karman, who worked with her at EXPO Chicago, said he was “confident that she and [the] Armory team have the experience and drive to keep The Armory Show one of the leading shows in the world.” 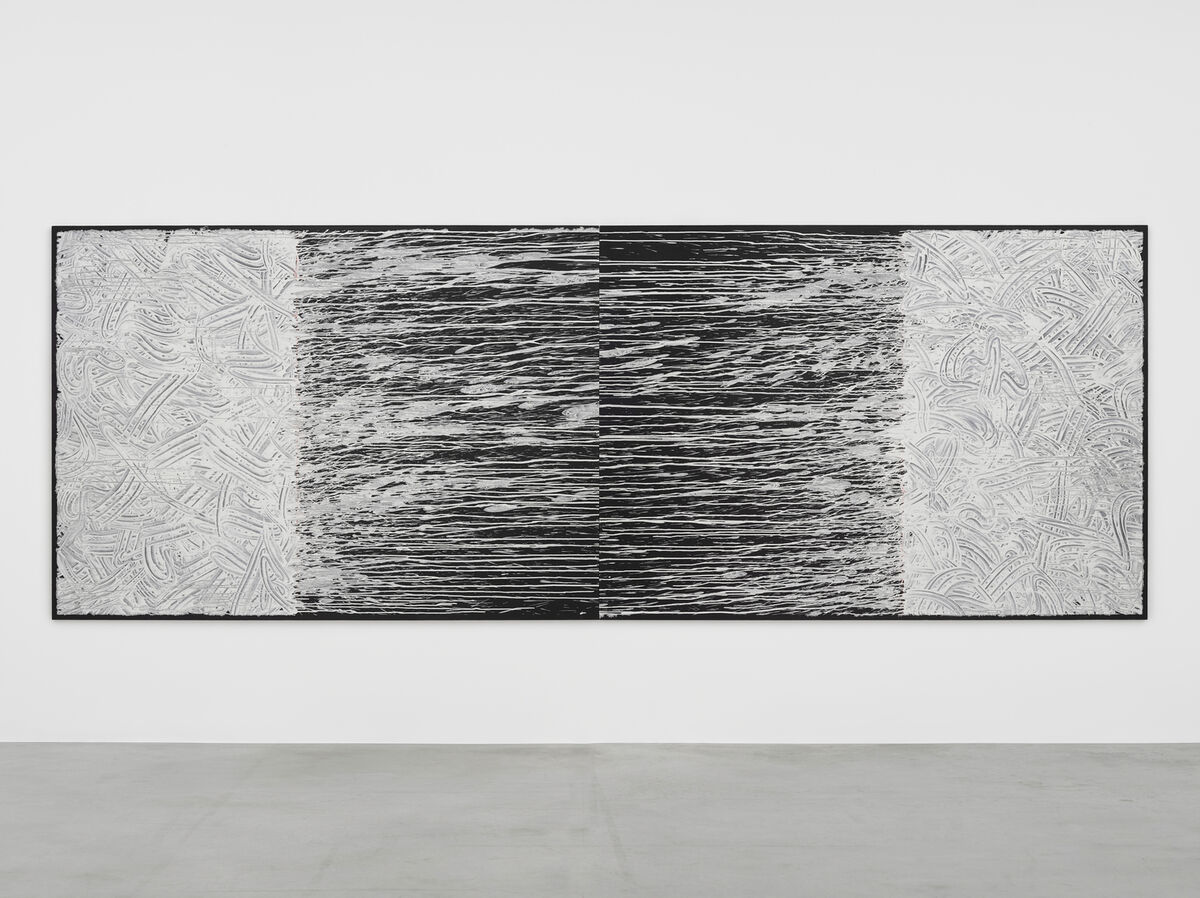 Advertisement
Historically, larger galleries have found Armory a commercially successful fair. It draws in collectors from all over the U.S., the world’s largest art market, and the scale of the venue—two piers along the Hudson River—allows for the installation of large and impressive booths. The fair is trying to improve the exposure of younger galleries this year by expanding the Focus section, where booths are 30 percent cheaper than the main fair, to 28 booths from 12 booths last year, and positioning them near the entrance of Pier 92 rather than in the rear, where they were previously stationed.
Berry called herself “a perfectionist,” and said she wakes up in the middle of the night with ideas on how to improve certain details of the fair. Her tweaks include further widening the aisles on Pier 92, reducing the number of exhibitors to just under 200 (last year’s edition had 210) and making each booth bigger, and adding an additional “Town Square” lounge on Pier 92, like the one that Genocchio instituted last year on Pier 94. But she acknowledges that two factors are utterly out of her control: the weather, which she only hopes is consistent, given that she has 250,000 square feet of space to heat or cool, and how much art the collectors she’s courted to come to the fair actually buy.
“We can only plant all the seeds,” she said.

Due to the timing of Berry’s appointment, most of the exhibitors had already been selected before she became top dog, said Kelly, who also sits on the fair’s eight-man (yes, it’s all men) selection committee. But many of this year’s curatorial decisions bear her stamp. She spearheaded a project with the artist
JR
, which will go on the outside of the piers facing the West Side Highway: large-scale images from Ellis Island of newly arrived immigrants, onto which the faces of contemporary Syrian refugees have been transposed (Artsy is a presenter of the project, along with Jeffrey Deitch).
Berry has also spoken about bringing more “gravitas” to the fair. For the Town Square area on Pier 94, she commissioned a meditative installation of plastic tubes by
Tara Donovan
. (Last year, the space was occupied by a heavily Instagrammed
Yayoi Kusama
“garden made of biomorphic penises,” as her predecessor cheerfully described it.) She also placed couches in front of a massive triptych painting by
Richard Long
on Pier 94, as well as around the Pier 92 Town Square, which will feature a large work by
Mary Sibande
. She hopes those lounge areas will encourage fairgoers to pause, reflect, and rest, before continuing to walk its long halls. 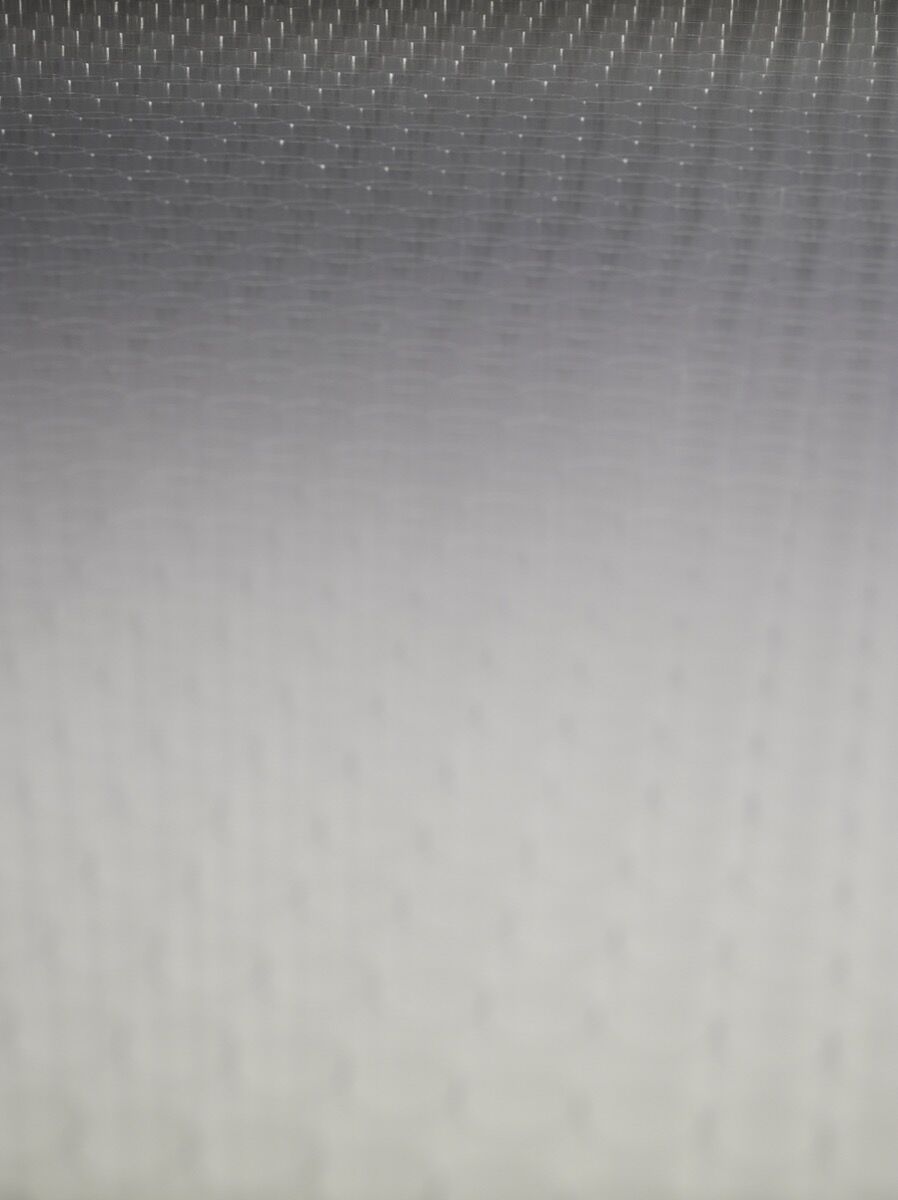 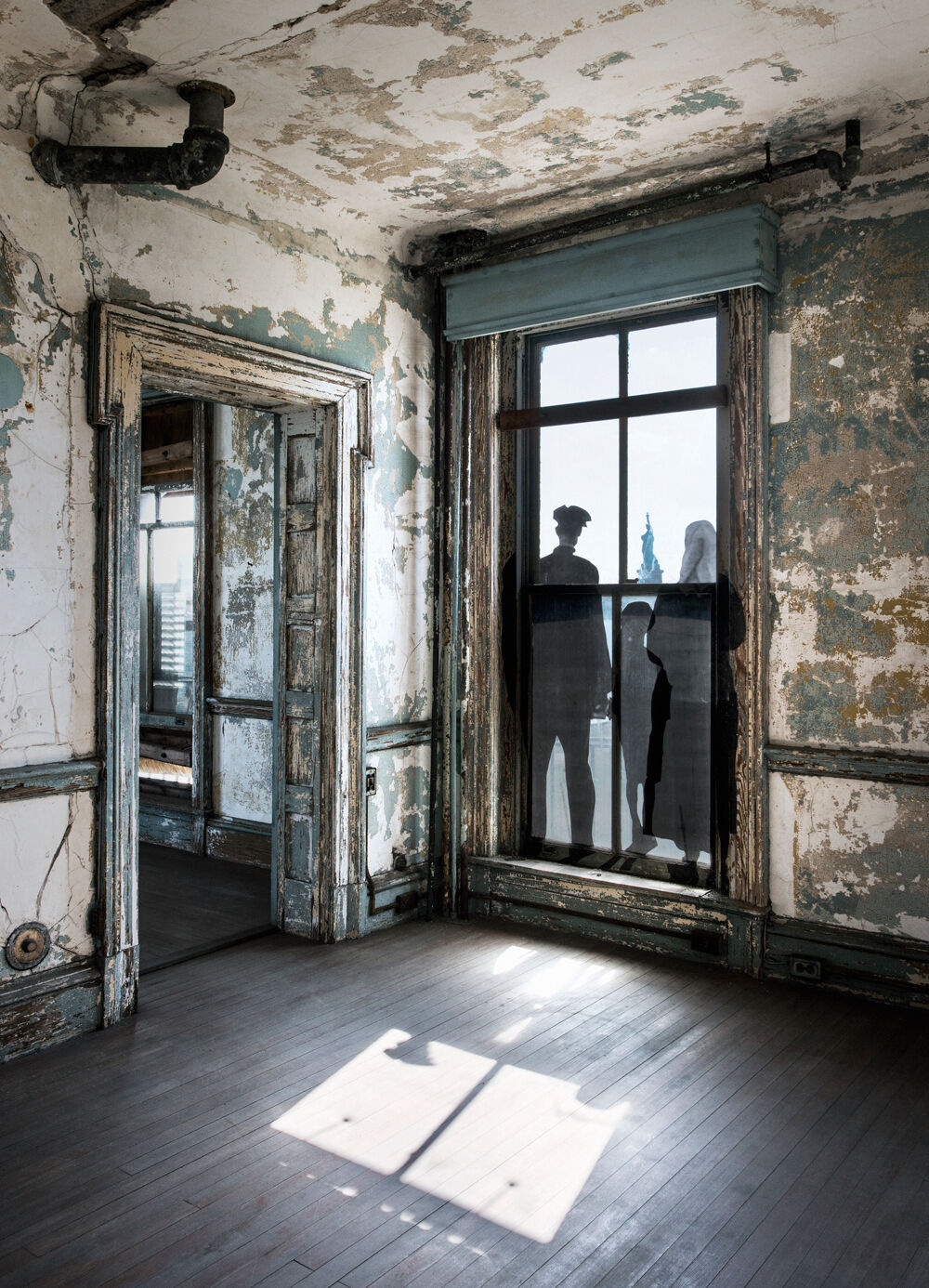 This year’s Armory Show bears another Berry hallmark: a day-long Curatorial Leadership Summit, inspired by a program she and Karman developed at EXPO Chicago. For EXPO, around two dozen curators were flown in and put up by the fair, as well as taken to collectors’ homes and on studio visits. For The Armory Show, Berry notes, such hospitality would be cost-prohibitive, and anyway, many curators already attend. Instead, 80 or so invited curators will get early access to the fair on Friday, and then attend a closed-door session on “The Morals of Representation: Curators, Institutions and the Battle Over Appropriation,” with a keynote by Hans Ulrich Obrist and a discussion with Naomi Beckwith of the Museum of Contemporary Art Chicago; Olga Viso, formerly of the Walker Art Center; and artist and writer
Coco Fusco
.
Curators who attended the Chicago program had told Berry that having time and space to discuss their professional concerns among peers had been “invaluable,” she said, and it’s a boon to dealers, as well. Kelly said he was “amazed by the response of who’s coming into town,” and said he has had “unprecedented” response from curators to invitations for gallery events.
Advertisement

Fair-goers can expect to see even more of Berry’s personal imprint in 2019, which will also be the fair’s 25th anniversary. What does that vision look like? Berry is quick to acknowledge “fair fatigue” and general art-world burnout, of which the proliferation of fairs is just one part. But she sees fairs as uniquely unpretentious spaces within the larger art ecosystem, where new collectors can comfortably browse and gain exposure to a variety of work and styles, minus the intimidating sacrosanctity of a white cube gallery.
“It’s a social event, as opposed to this transactional place,” she said of The Armory Show. “I hope that people [who] are coming to the fair, especially people who aren’t as familiar with the art world, get to see a lot of different types of art and have some discoveries.”
When she first moved from the gallery side to fair production in 2011, she used to joke with friends at galleries that she was “working for the enemy.” Now, she said, she considers herself their ally, given the importance of fairs to their viability at a time when foot traffic to actual galleries has fallen. 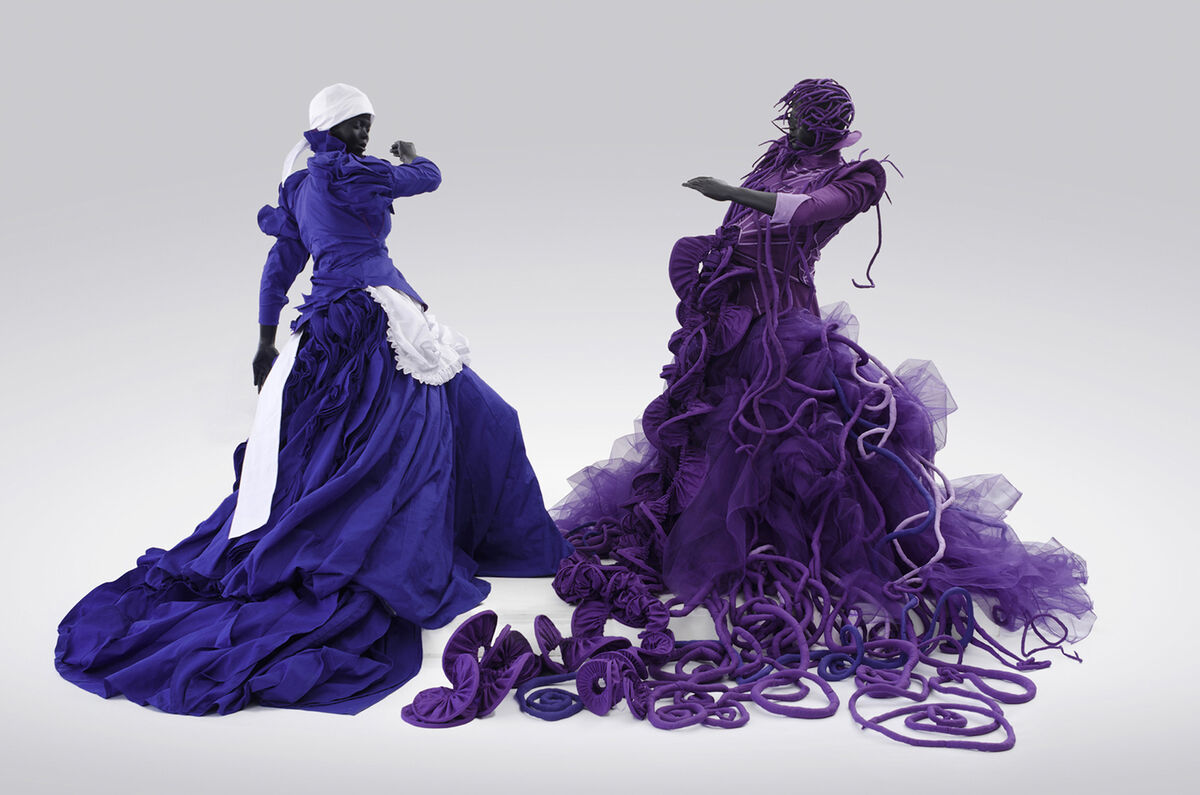 “Back when the fair was created, people were getting out to galleries and seeing the artwork,” she said. Now, “you certainly get more eyes on the work at fairs.…Fairs are a hugely important part of the fabric of the art world.”
She’s also keenly aware that fairs should reflect the wider art world as it, too, evolves. At Armory, that might begin with a reshuffling or expansion of the eight-man selection committee, which Berry diplomatically said has “the potential to change, based on the fact that it is all male.” She also said the discussion is ongoing about whether to drop the requirement that galleries have a brick-and-mortar location, as Frieze New York did for its upcoming edition, and pointed out that Armory selected two design galleries for the first time this year, whose proposals were “very art-forward.”
But before she makes any major decisions about next year, she’ll take her annual vacation, which begins promptly after the fair is taken down. This year, she’s headed to Costa Rica; in previous years, she has unwound in Tulum, Morocco, and Hawaii. Will she take two weeks off to decompress?
“Just a week,” she said. “I can’t afford two weeks. I have to get to Hong Kong!”
Anna Louie Sussman
Correction: This story has been updated to reflect that Nicole Berry is the second woman to hold the executive directorship of The Armory Show. A previous version of this story incorrectly stated in the headline and the body of the text that Berry was the show’s first female director, based on inaccurate information provided by a spokesperson from The Armory Show. Katelijne De Backer served as the fair’s director from 2001 to 2007, and as executive director from 2008 to 2010.
Thumbnail image and header image: Portraits of Nicole Berry by Landon Speers for Artsy.
Further reading in Art Market