At The Armory Show, Modern Dealers Up Their Game 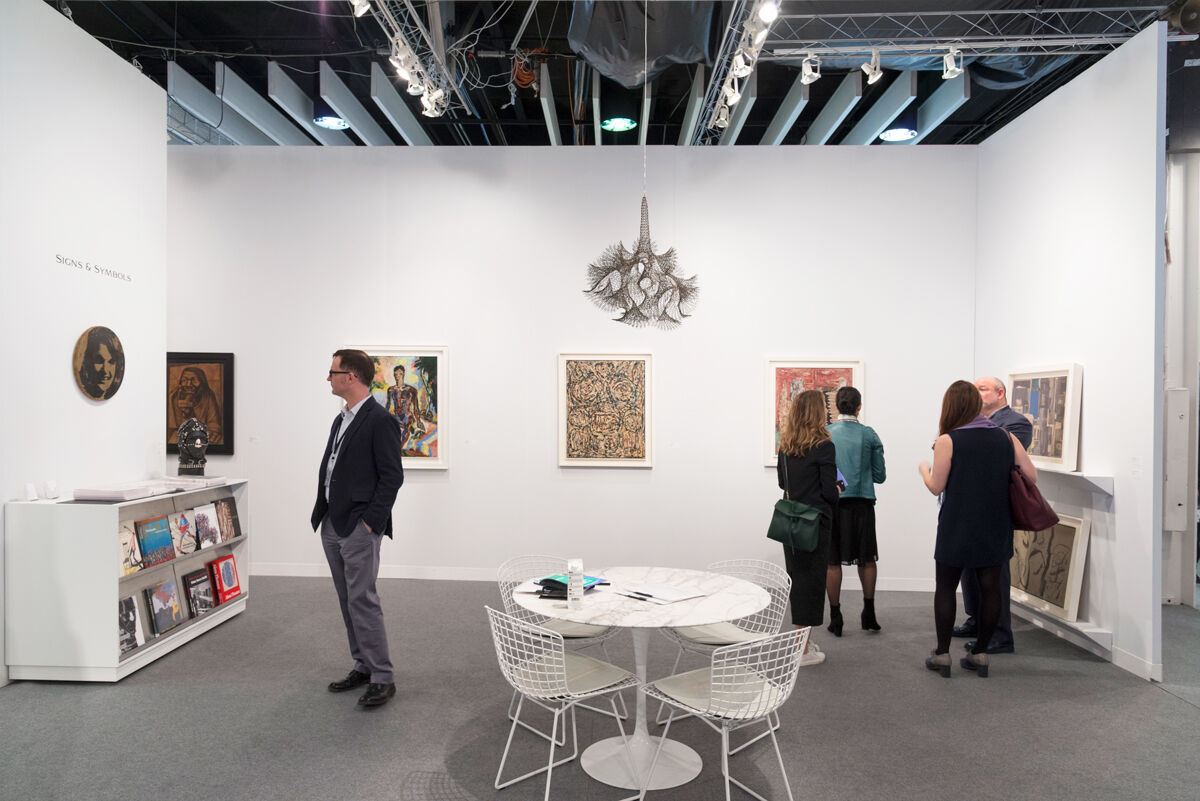 Pier 92 has historically been the quieter of The Armory Show’s two piers on Manhattan’s west side. Devoted to
post-war
and
modern
art from 2009 until last year, it garnered less fervor and foot traffic than its flashier
contemporary
counterpart on Pier 94.
But for the 23rd edition of The Armory Show, director Benjamin Genocchio has changed that. Pier 92 is now not only home to the fair’s Jarrett Gregory-curated Focus section “What Is To Be Done?” and 17 dealers from the Galleries section, but also to Insights, a newly created sector focused on artworks made before 2000.
With 37 exhibitors, Insights has been billed as a collection of solo shows, dual-artist presentations, and thematically curated booths. In practice, this narrative is fairly aspirational—much of this year’s Insights still focuses on the quality, 20th-century inventory that punters have come to expect from Pier 92.
But, scattered throughout the section, there are also a handful of presentations that offer a blueprint for how Insights may evolve over the coming years, ones that take a page from contemporary dealers’ art fair handbooks.
Barcelona’s Mayoral, for example, presents “The Trajectory of Dreams: escaping reality” (titled after an anthology compiled by father of
Surrealism
André Breton
). Paintings and works on paper by the likes of
Salvador Dalí
,
René Magritte
, and
Joan Miró
hang on a midnight blue wall, surrounding a striking sculpture by
Alexander Calder
.
Director Jordi Mayoral said he strove to live up to the gallery’s Armory showing last year, for which it recreated Miró’s Palma de Mallorca studio. “We have to rock the status quo, we have to change the rules of how we exhibit” to stay ahead of the curve in today’s market, he said. 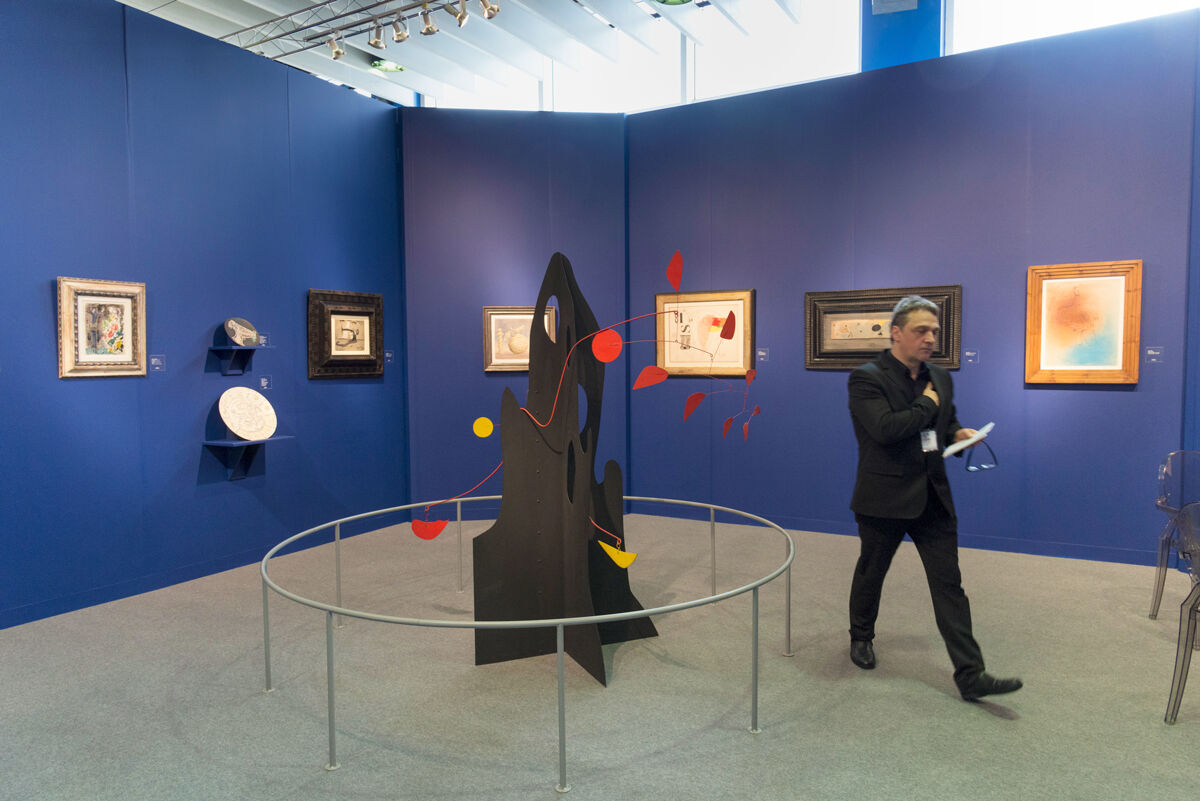 Installation view of Mayoral’s booth at The Armory Show, 2017. Photo by Adam Reich for Artsy.

A traditional booth, he noted, “is not the correct way to present these radical artists. They were revolutionaries, and we should preserve their legacy with the same energy and the same enthusiasm.”
Mayoral also served on the selection committee for Insights. As the art fair landscape has grown increasingly crowded in recent years, he noted, it has required increased effort on the parts of both dealers and the fairs themselves in order to stand out.
“We hope that galleries can propose unusual or different things in order to develop a stronger identity,” he said of the committee’s efforts.
One such standout presentation this year comes courtesy of Jonathan Boos, who mounted a centennial celebration of the renowned African-American painter
Jacob Lawrence
. It’s the eighth time the New York gallery has exhibited at The Armory Show, but the first in which its presentation was focused on a single artist.
Boos also offered a notably less mercantile approach than other galleries, with only three of 17 works for sale. (The rest were on loan from private collections.) For a section of the fair that is traditionally known for its inventory and sales over its curation, this booth may signal a new direction.
Richard Taittinger, celebrating his gallery’s second anniversary, also focused on a single artist: the Greek-American
Nassos Daphnis
. Behind
Robert Rauschenberg
and
Jasper Johns
, the
abstract
painter and sculptor was the most exhibited artist in Leo Castelli’s stable.
Daphnis marks a bit of a departure for Taittinger, whose gallery primarily represents contemporary artists such as the
Recycle Group
(Georgy Kuznetsov and Andrey Blokhin), who will represent Russia at the Venice Biennale this year. But, as he points out, “the whole idea of the gallery is to give exposure to underexposed artists”—and Daphnis, who more or less stopped showing after Castelli’s death in 1999, has become such a figure. 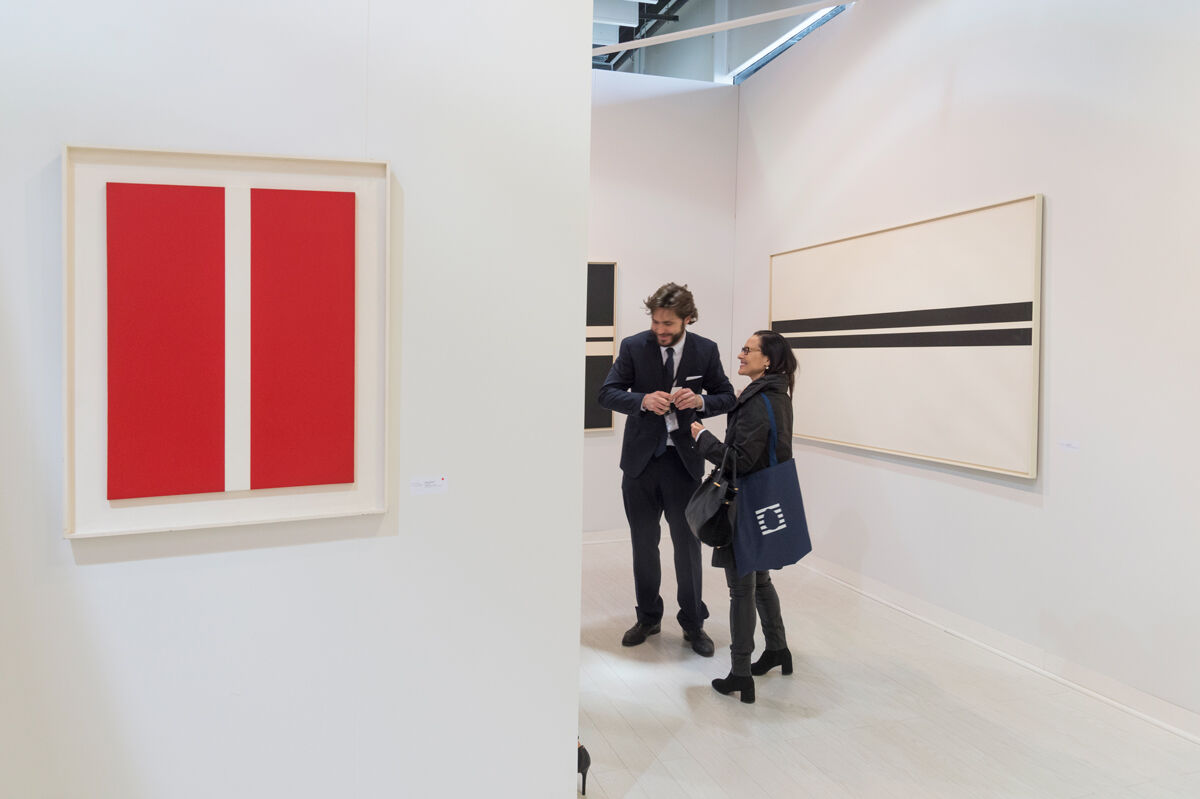 Advertisement
This marks Taittinger’s first time at The Armory Show, and he’s emphatic in his commitment to return next year. But he plans to show in the contemporary section instead, suggesting that the Galleries and Insights sections of the fair are on more equal footing than before.
An increasingly robust Insights section could allow galleries like Taittinger with diverse programs greater ability to alternate between sections from year to year, which has not previously been the case. This further reflects collectors’ renewed interest in artists across historical periods, rather than strict adherence to fresh-from-the-studio contemporary art.
Gallerist Michael Rosenfeld is already mixing modern and contemporary works in a booth, organized around the theme “Signs & Symbols.” A 2007 sculpture by
Barbara Chase-Riboud
with black wool ropes spilling down its sides, for example, is in direct conversation with a similarly-hued 1976 work by
Louise Nevelson
.
“I’m a believer that modern and contemporary art should all be combined, side by side,” he said.
Rosenfeld was enthusiastic about the prospect of new eyes driven by Pier 92’s revised layout, which sends fairgoers through Insights to reach the always-buzzy Focus sector. “I’m very much in favor of them shaking up the fair,” he said.
Rosenfeld said he hopes this shift allows collectors who have previously focused solely on the work of young artists to discover timeless work from the 20th century they might equally enjoy.
“It’s not bad,” he laughed. “It’s actually really cool.”
Abigail Cain
Related Stories