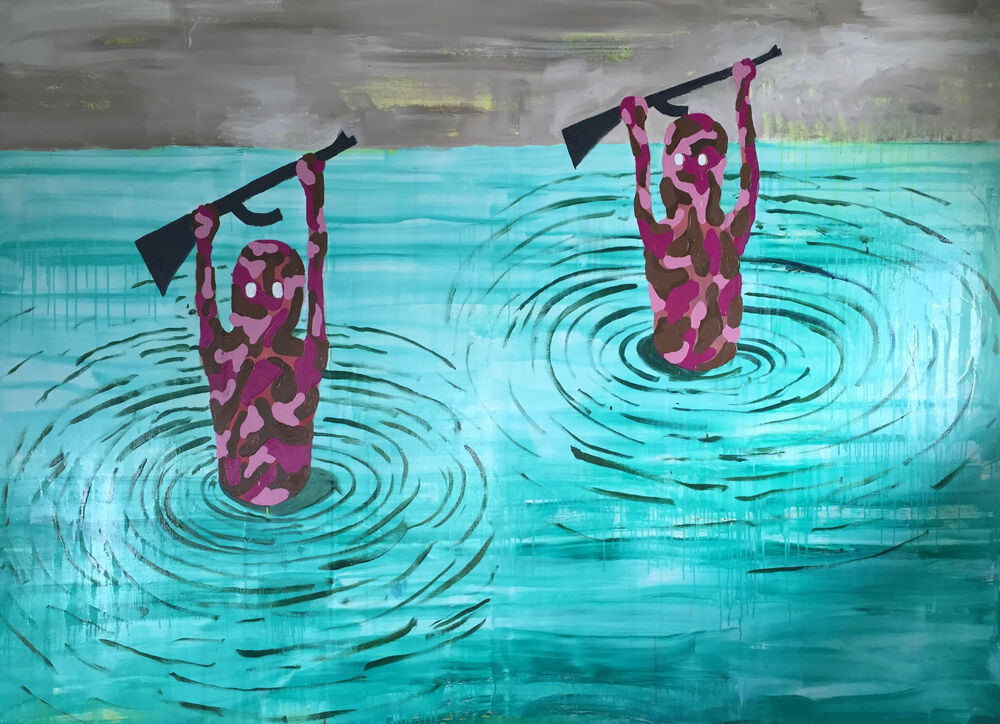 We Come In Peace, 2015
ARNDT
Perhaps the exhibition’s most striking quality is the wide breadth of artistic strategies on display. Though most of the artists paint, each does so in their own unique style—abstraction, photorealism, mixed-media, and everything in-between are on display. In
Pow Martinez
’s paintings, bold, cartoon-inspired aesthetics belie the subject matter’s critical edge. We Come In Peace (2015) finds two mysterious figures emerging from a body of water with guns overhead, their bodies cloaked in pink camouflage. The piece offers a concise critique of any who profess peace while bearing military weapons—a stance that might be seen as a comment on the Philippines’ own recent history, which has seen multiple attempted coups as well as a declared state of emergency in 2006. The work’s dream-like nature is echoed in
Rodel Tapaya
’s The Master and the Apprentice (2015), in which two wizard-esque men gather in a brilliantly hued forest. 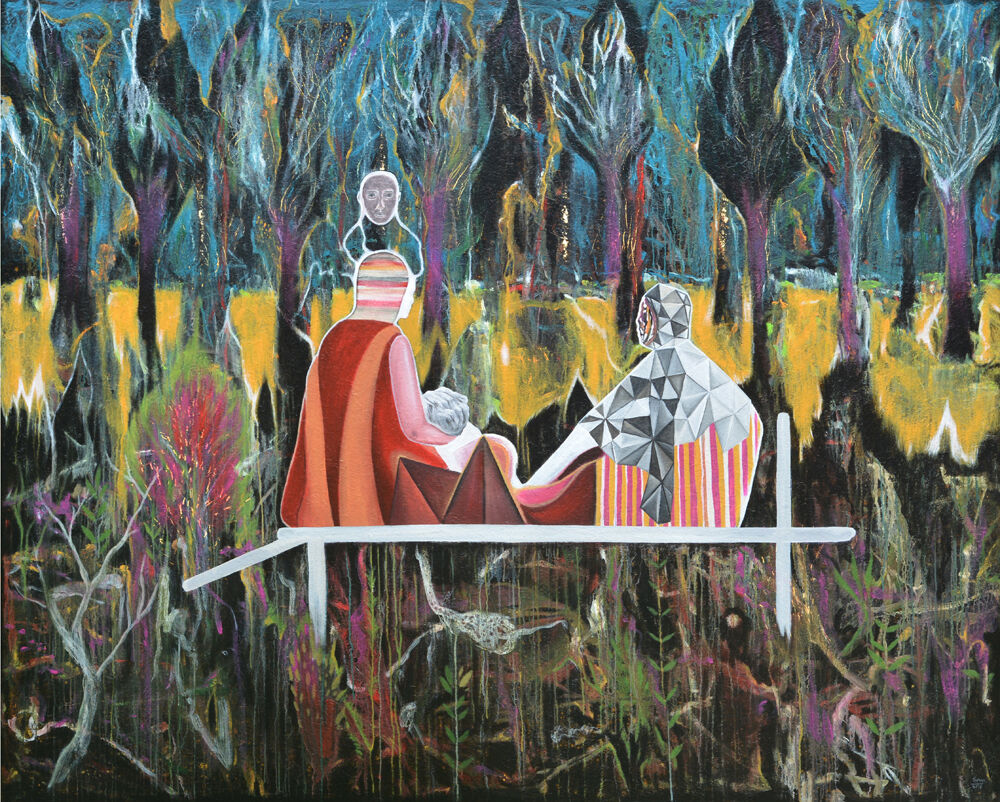 The Master and the Apprentice, 2015
ARNDT
Other artists on view use their technical craft to comment on the everyday world around us.
Marina Cruz
’s canvases magnify patches of stained and well-worn clothing. By painstakingly rendering every wrinkle, crease, and fold, she reveals the wonders hidden within a carelessly tossed-off dress.
Nona Garcia
’s work similarly finds metaphorical potential in the mundane. In Gateway (2015), she depicts a house’s gate—the sort of scene one might pass by every day without noticing. The walls of the gate have been decorated with an idyllic, undisturbed country landscape—a stark contrast from the suburban developments that can be spotted in the distance. 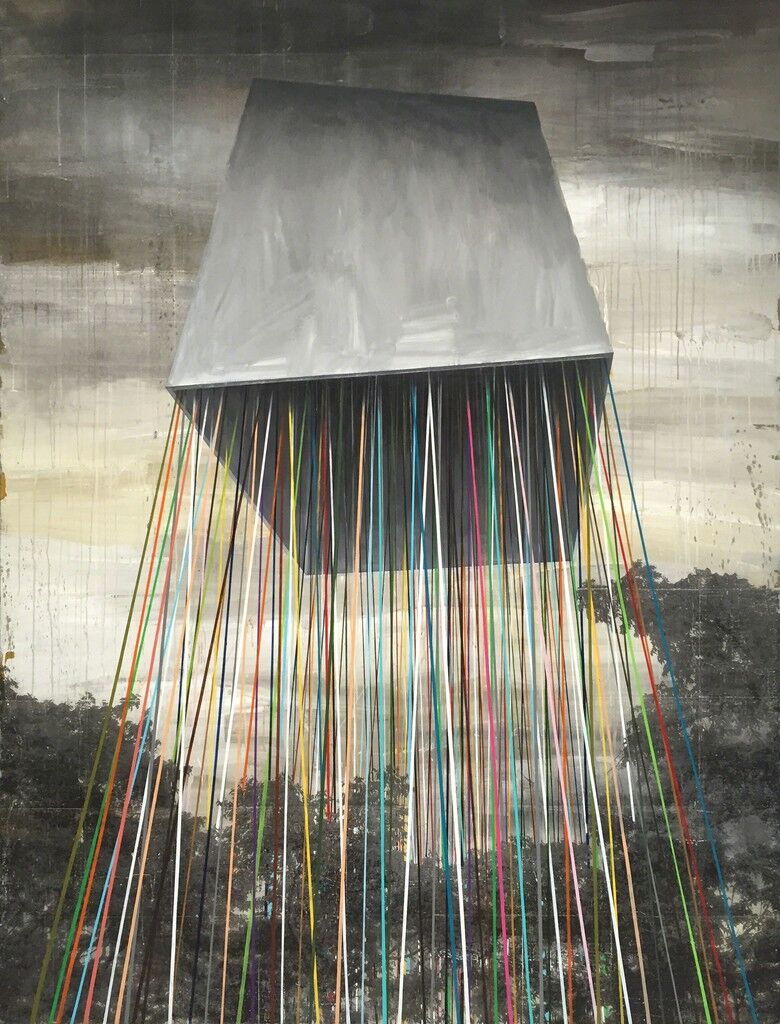 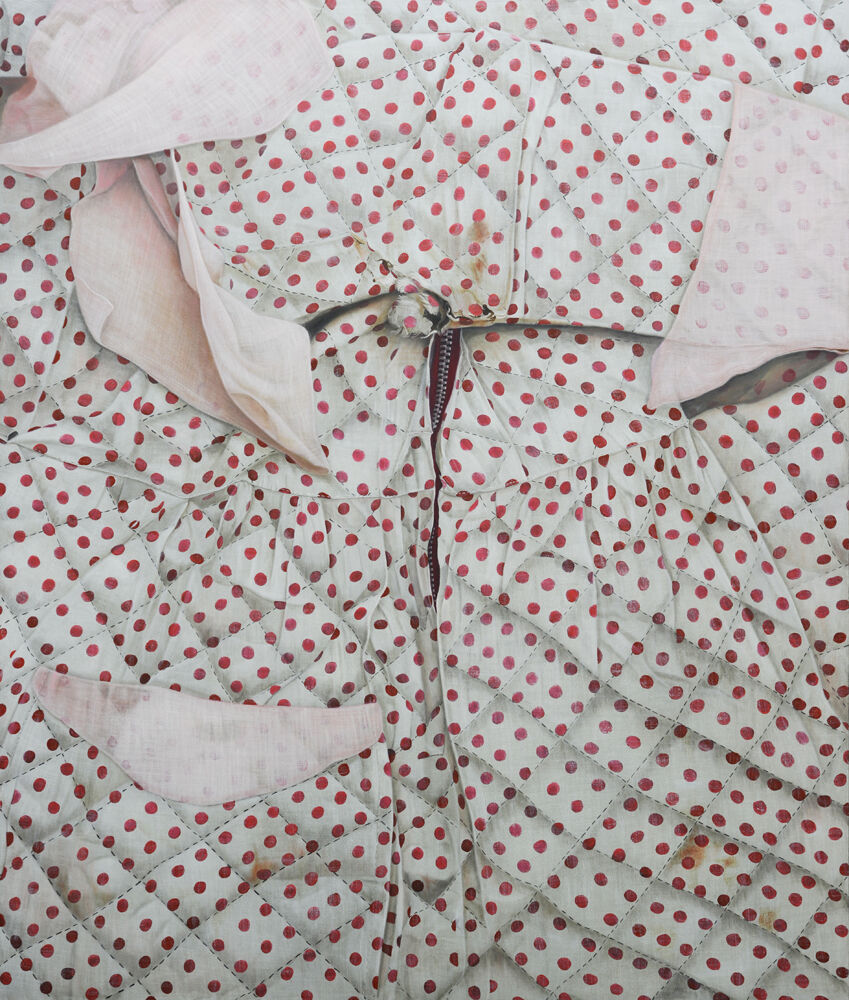 Stains and Spots, 2015
ARNDT
Advertisement
“Wasak,” the show’s press release notes, is a piece of Filipino slang that holds several meanings—”in ruins,” “wrecked,” “going for broke.” The show uses the phrase as a sort of thesis, offering no single view of Filipino art. Instead, the show asserts the diversity of Filipino artists, providing a view into an art scene whose artists are each creating their own distinctive ways of seeing the world.
Andrew Wagner

Why Basquiat’s Heads Are His Most Sought-After Works