When Art Created by Artificial Intelligence Sells, Who Gets Paid?

Sam Gaskin
Sep 17, 2018 11:45am
Christie’s will auction off an artificial intelligence (AI) artwork for the first time this October, hard on the heels of a pioneering all-AI art exhibition held at New Delhi gallery Nature Morte. While the market is eager to move the work, the field raises questions about ownership, obsolescence, and the art world jobs that algorithms can’t do.

What is AI art? 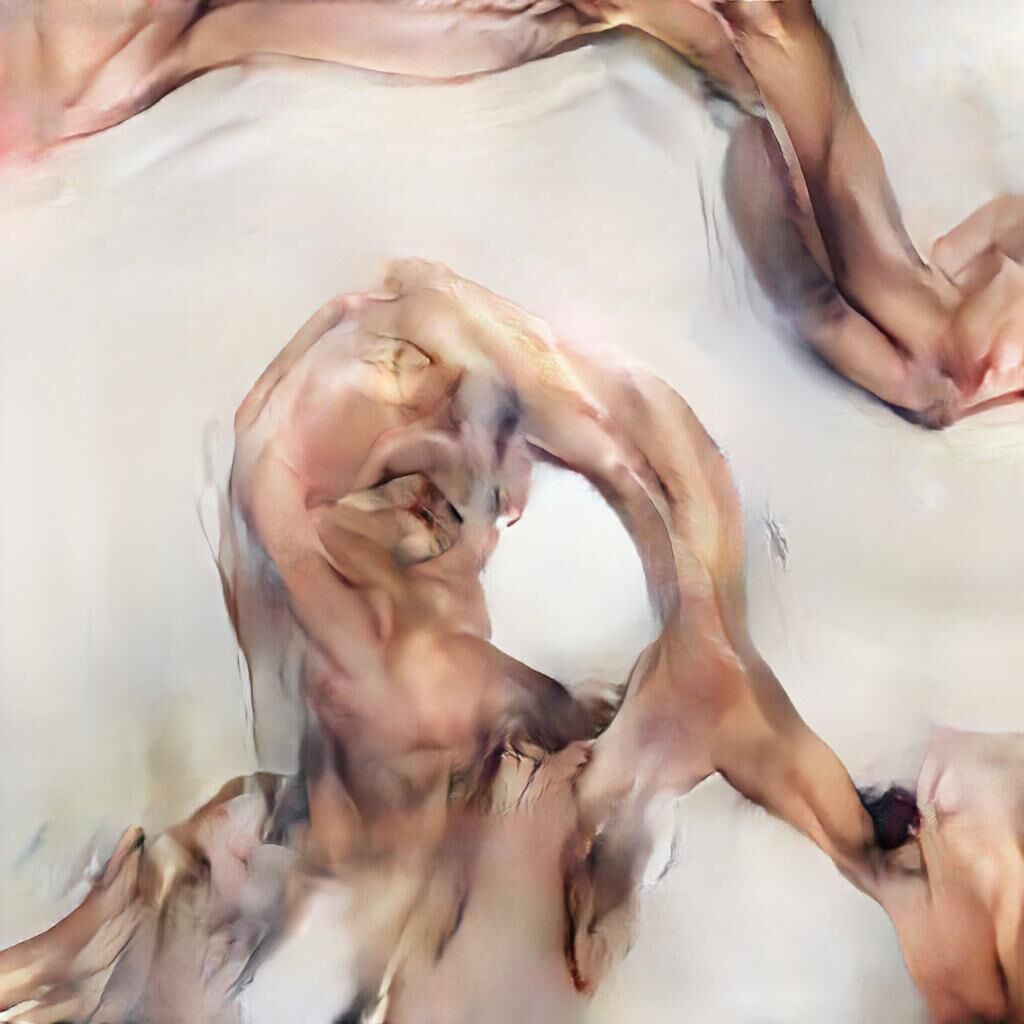 Detail of Mario Klingemann, Chicken or Meat? Series 1, 2018. Courtesy of the artist.

Many makers of AI art use generative adversarial networks (GANs), technology that allows a computer to study a library of images or sounds, make its own content according to what it has learned, test its own success against the original media, and then try again, improving incrementally through trial and error.
The artworks resulting from this back-and-forth between two artificial neural networks—which include prints on paper, videos, and multimedia installations—are often disquietingly lifelike, the flora and fauna of the uncanny valley.
Munich-based Mario Klingemann, for instance, trained an algorithm on portraits of
Old Masters
paintings before exposing it to webcam footage of himself. The process results in a video of melting, many-eyed grotesques that are often compared to the works of
Francis Bacon
. 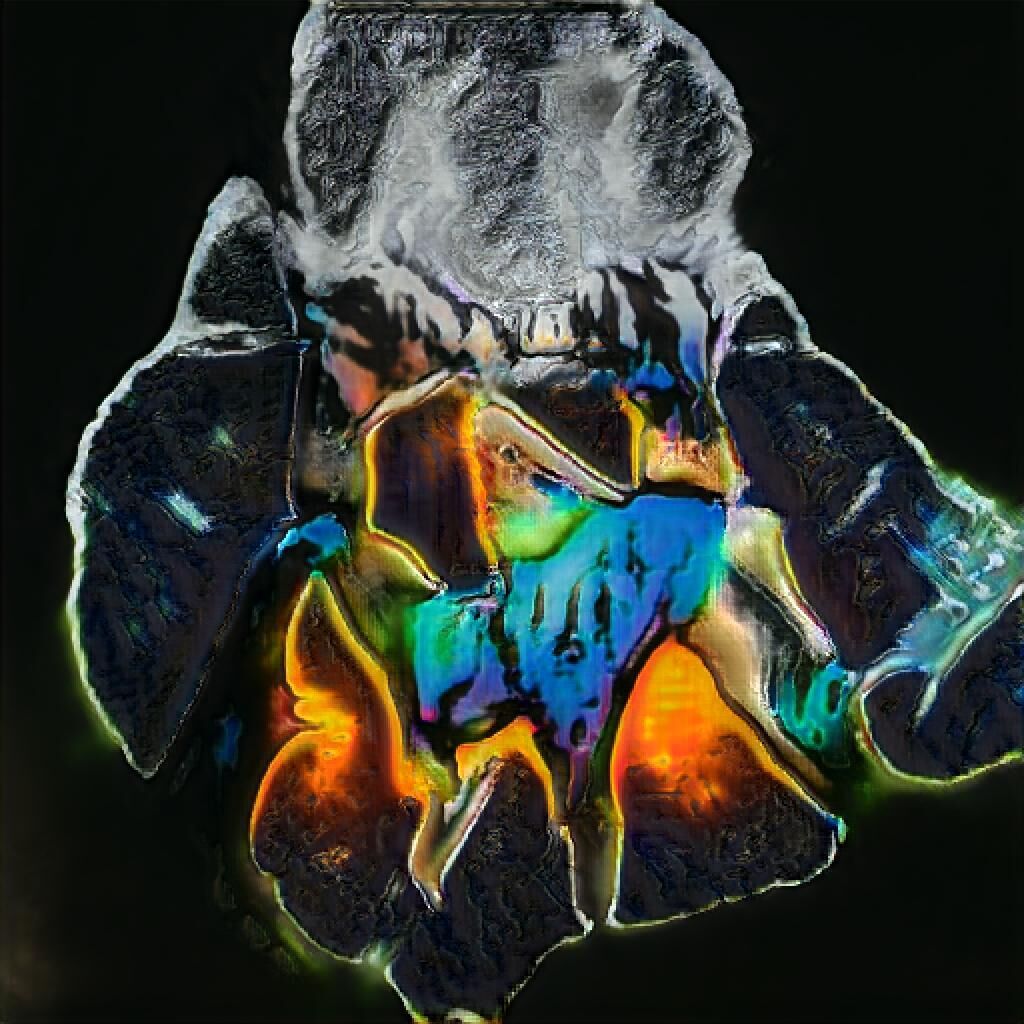 Advertisement
London-based Turkish artist
Memo Akten
was among the first artists to sell an AI artwork, with his GCHQ fetching $8,000 at a charity auction Google hosted in San Francisco in 2016. Two years later, Christie’s is preparing to auction off its first AI artwork: a piece by Paris-based collective Obvious, entitled Portrait of Edmond Belamy (2018), which is expected to go for a figure between $8,000 and $11,500.
In some respects, AI art is like any other nascent form trying to elbow out some space in the art market. Aparajita Jain, the co-director of Nature Morte, says she priced the works in the gallery’s recent “Gradient Descent” exhibition “quite aggressively,” from $500 to $40,000, to help establish AI art as a genre. That’s an entry point markedly lower than the gallery’s usual $10,000 to $100,000 range.
One piece Nature Morte sold was by Wellington artist Tom White, who creates
Kandinsky
-esque abstracts from AI understandings of everyday items such as binoculars and electric fans.
Jain says the show has attracted a new audience, suggesting that AI art could help grow the market with demographics outside of the finance and real estate crowds that dominate the art market.
“I’ve seen many atypical art collectors purchasing my work—including scientists, video game makers, and researchers in computer vision and AI,” White says. 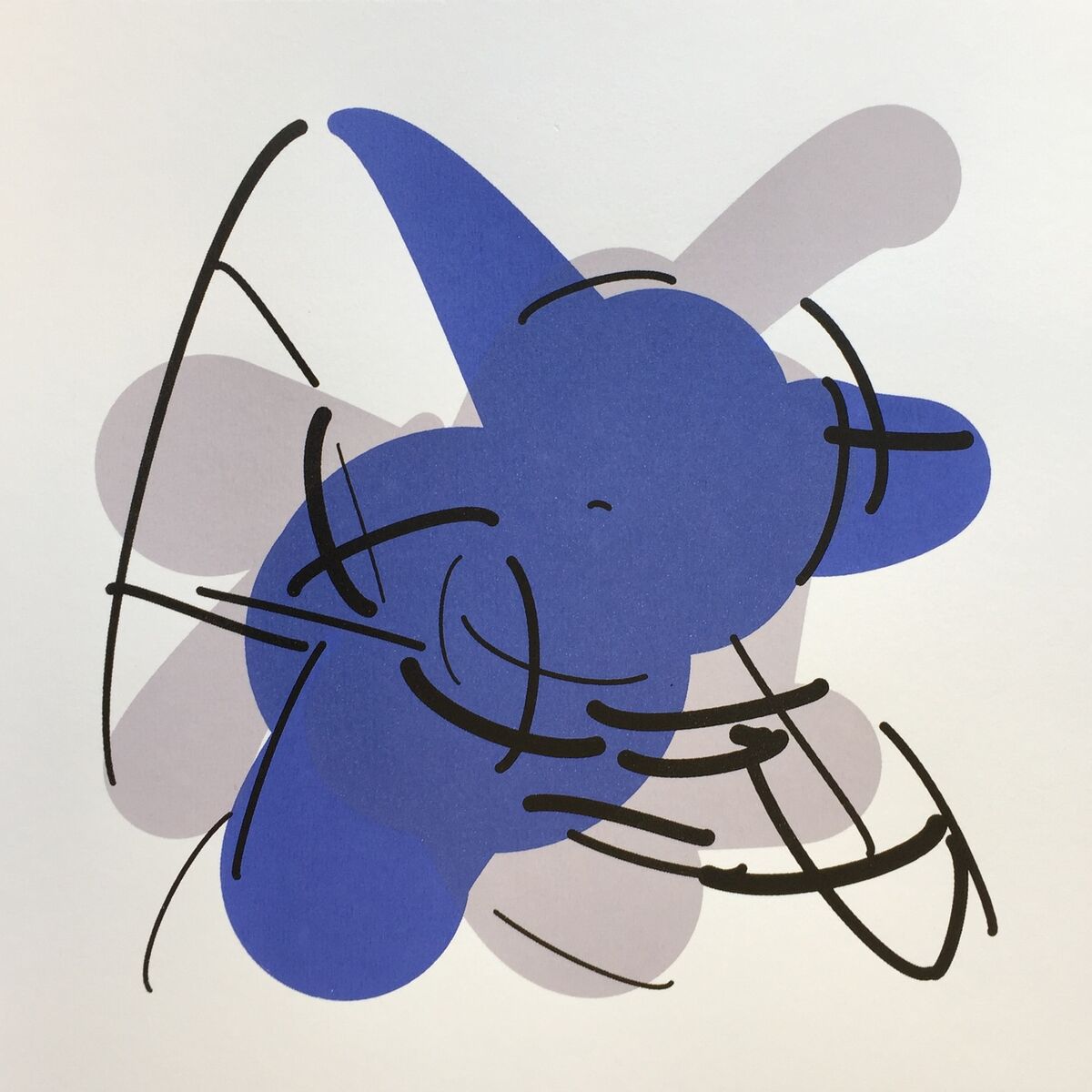 In press materials for “Gradient Descent,” Nature Morte stated that the works are created “entirely by AI in collaboration with artists.” Obvious even signed their work with the mathematical equation for the algorithm they used, rather than the collective’s name. As much as artists and gallerists may enjoy attributing authorship to AI, and emphasize that they cannot anticipate just what an AI algorithm will produce, legally, there is no doubt as to whether it’s the human artist or the AI who owns the finished work.
AI is simply a tool artists use, the way a photographer uses a camera or Adobe Photoshop in the creation of their images, says Jessica Fjeld, assistant director of the Cyberlaw Clinic at Harvard Law School.
“Humans are deeply involved with every aspect of the creation and training of today’s AI technologies, and this will continue to be true tomorrow and for the foreseeable future,” Fjeld says.
“For me, the far more interesting question is who among these people acquire rights in the outputs, not whether the software itself could have any claim of ownership,” she adds.
Fjeld and her research partner Mason Kortz identify four key elements that go into AI art, each of which implicate copyright in various ways. These are: (1) the inputs; (2) the learning algorithm; (3) the trained algorithm; and (4) the outputs themselves.
All of the artworks mentioned in this article are being sold as outputs—prints, videos, and installations. Someone who copied these outputs and attempted to resell them would infringe on the human artist’s copyright, no different than if they’d forged an oil painting or reproduced a photograph without permission. But AI art does throw up some new challenges. 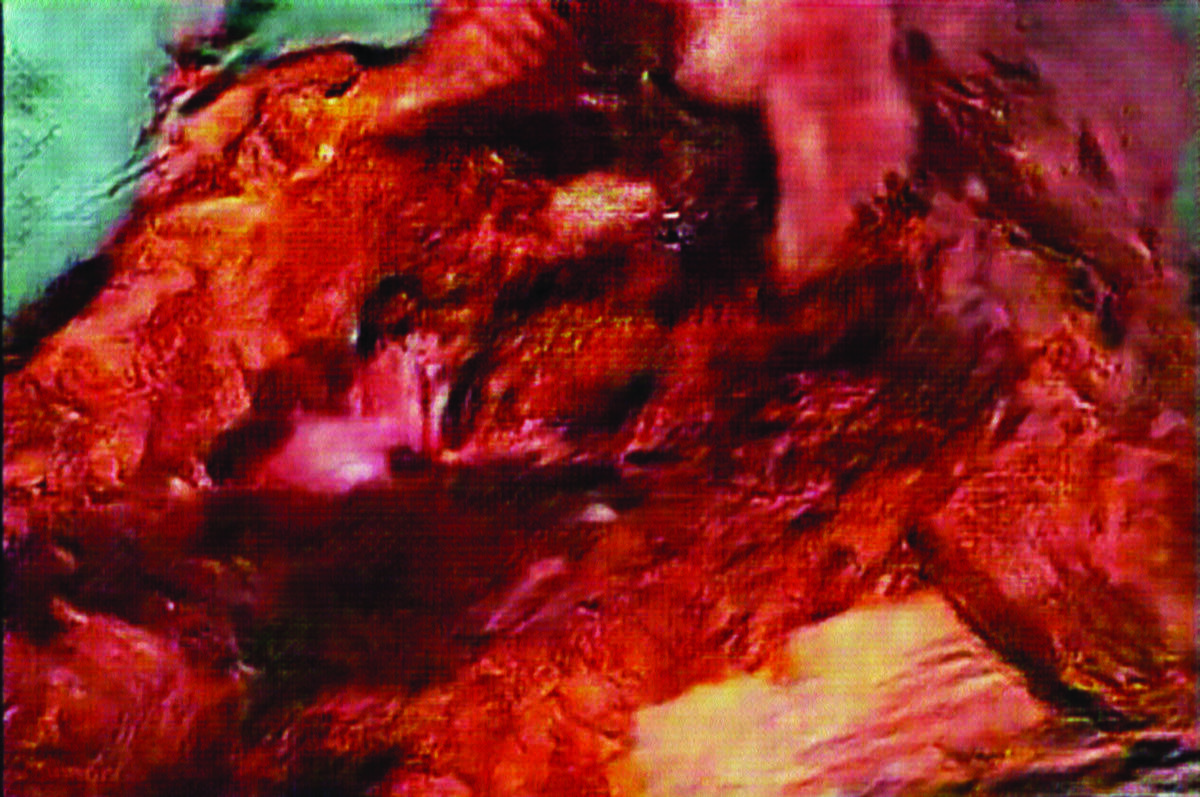 While much AI art is made using open-source resources, such as Google’s TensorFlow and Facebook’s Torch environment, Fjeld says artists who create their own algorithms (elements 2 and 3), as White does, own those, too.
“The artist could sell the code as a work, though I’m not aware of that having happened yet,” she says. It’s an interesting idea, though, and one that may appeal to collectors, who could then use an AI artist to create their own, previously unseen outputs.
Preserving the means to execute code as it was intended—especially where it interacts with proprietary software or hardware—could be challenging, however.
“One of the main maintenance issues is that of software frameworks updating very rapidly, making trained neural network models redundant over time,” says Harshit Agrawal, a participating artist in “Gradient Descent” who lives and works in Bangalore.
Akten especially worries about works that integrate web technologies—“things like Google Translate, or sending a query to Microsoft’s face recognition cloud API, or using Amazon Cloud services, or even works that live in the now-defunct Vine.”
“Already, I know of quite a few works that have ‘died’ because a cloud API changed or was retired,” he says. Conceiving of AI works as performances presents a solution. “They run for as long as the technology allows them to, and then they end. And we’re left with the documentation, and the memories.” 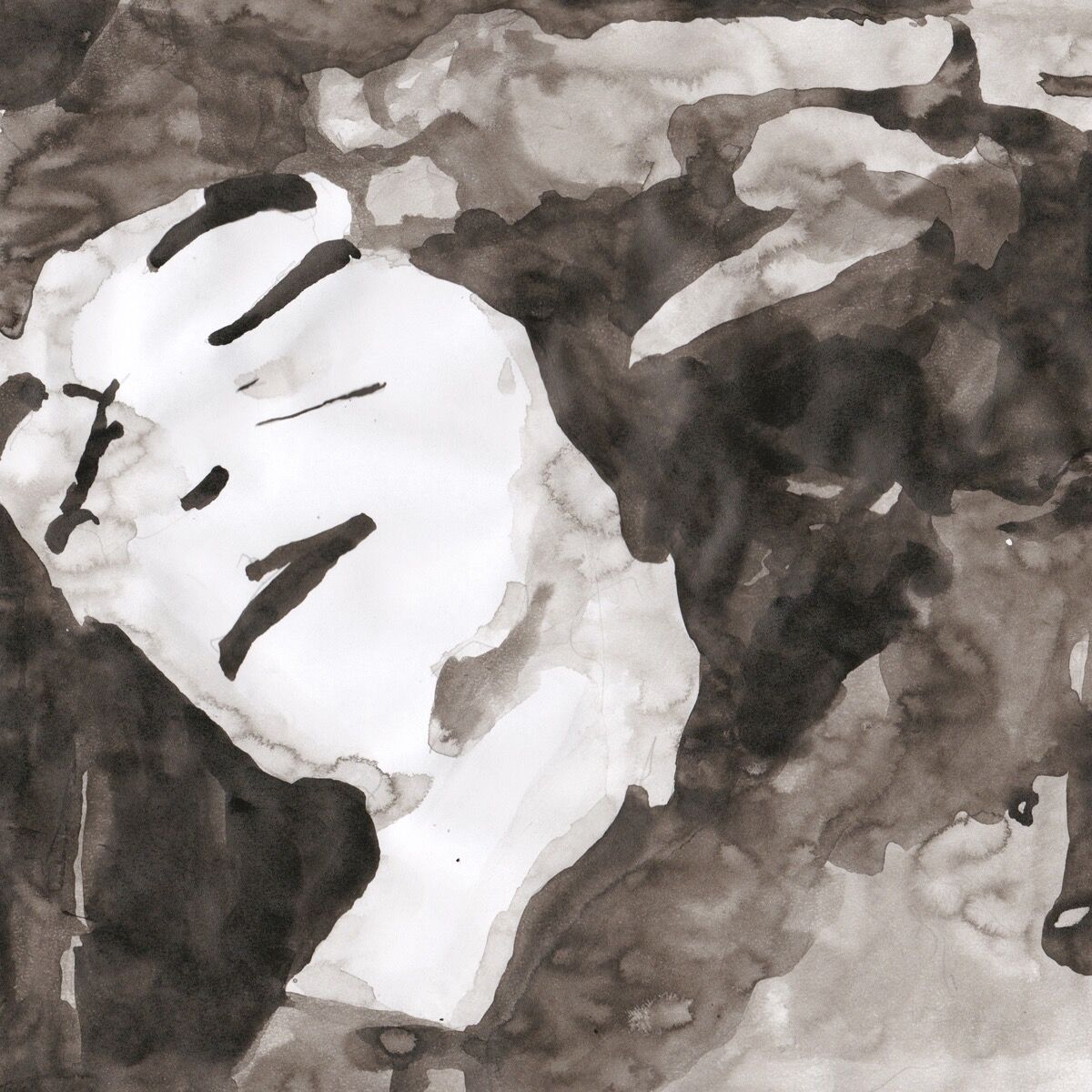 Anna Ridler, Untitled (from the Second training set), from the series “Fall of the House of Usher,” 2018. Courtesy of Nature Morte, New Delhi.

Many artists making AI art rely on public domain image or audio libraries to train their algorithms. ImageNet, SoundNet, and Google Art are popular examples. One reason for this is that using copyrighted images in a training set (element 1) could yield outputs that too closely resemble a certain image.
“I’m not aware of any existing copyright lawsuits on this front, but I think we will start to see them eventually,” Fjeld says.
In theory, “Gradient Descent” curator Karthik Kalyanaraman says the fact that AI artists don’t copy images or audio per se means they should be free to learn from copyrighted images, too, just as art students learn from textbooks and trips to MoMA. Fair use is one legal defense artists could use if their training sets include copyrighted material, but “just to keep it clean, pragmatically, I’ve insisted the images in the training set [for the artworks in the show] not be copyrighted,” he says.
Anna Ridler, another of the artists in “Gradient Descent,” is even more copyright hygienic, using her own sketches and photography in her training sets. “It is this construction of a database—what to include, what not to include, that becomes a creative act and very much part of the piece,” she says.
“Because these databases are, in a way, in themselves artworks (I’ve made them), it will be nearly impossible for someone to replicate my work,” Ridler says.
If an artist wanted to use a proprietary algorithm or training set materials in their work, and the outputs were demonstrably derived from them, they would likely need to negotiate that with the copyright holders. AI art does not pose an immediate threat to the livelihoods of human artists. Human artists using AI own their work—as long as it’s created using open source algorithms and training sets, or those they’ve created themselves. But the rise of AI art has far broader long-term implications for the art market.
Kalyanaraman believes it has the potential to change non–AI art as radically as the invention of photography changed painting, giving rise to
Impressionism
,
Expressionism
, and other schools more interested in the expression of uniquely human perception and emotion. He suggests that human artists using AI could easily create novel forms in painting and even surprising and challenging conceptual art, to the extent that such art is a direct visualization of a description. Artists whose work simply looks new (like
Piet Mondrian
’s did), or can be described rather than felt, may see interest in their practice decline, and collectors of such works may see them lose value, the same way merely realistic images are no longer all that compelling in the age of photography, Photoshop, and digital illustration.
Kalyanaraman offers
Mark Rothko
and
Paul Klee
, painters that, in different ways, emphasize the experience of a work as a relationship between two sentient beings—the former by engulfing the viewer in a tsunami of fire, the latter by tickling his feet—as the sort of artists who will endure.
“All of our perception is bundled in with our emotions,” he says. That sort of thing will be much harder for an algorithm to approximate.
Sam Gaskin
Related Stories

The Surprising Key to Artistic Freedom? Running Your Studio like a Business 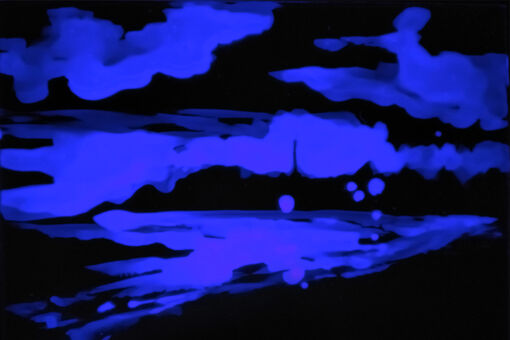 A Look at the Newest Blue Pigment—and How a Color Becomes a Commodity
Benjamin Sutton
Sep 12, 2018 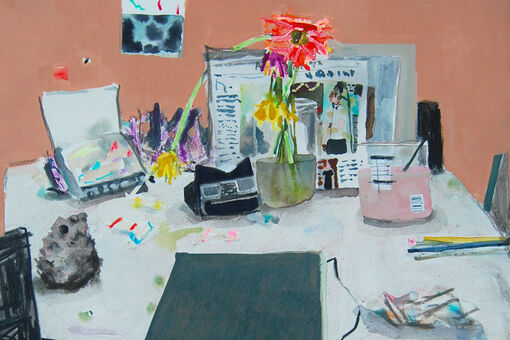 The Surprising Key to Artistic Freedom? Running Your Studio like a Business
Mindy Charski
Sep 6, 2018