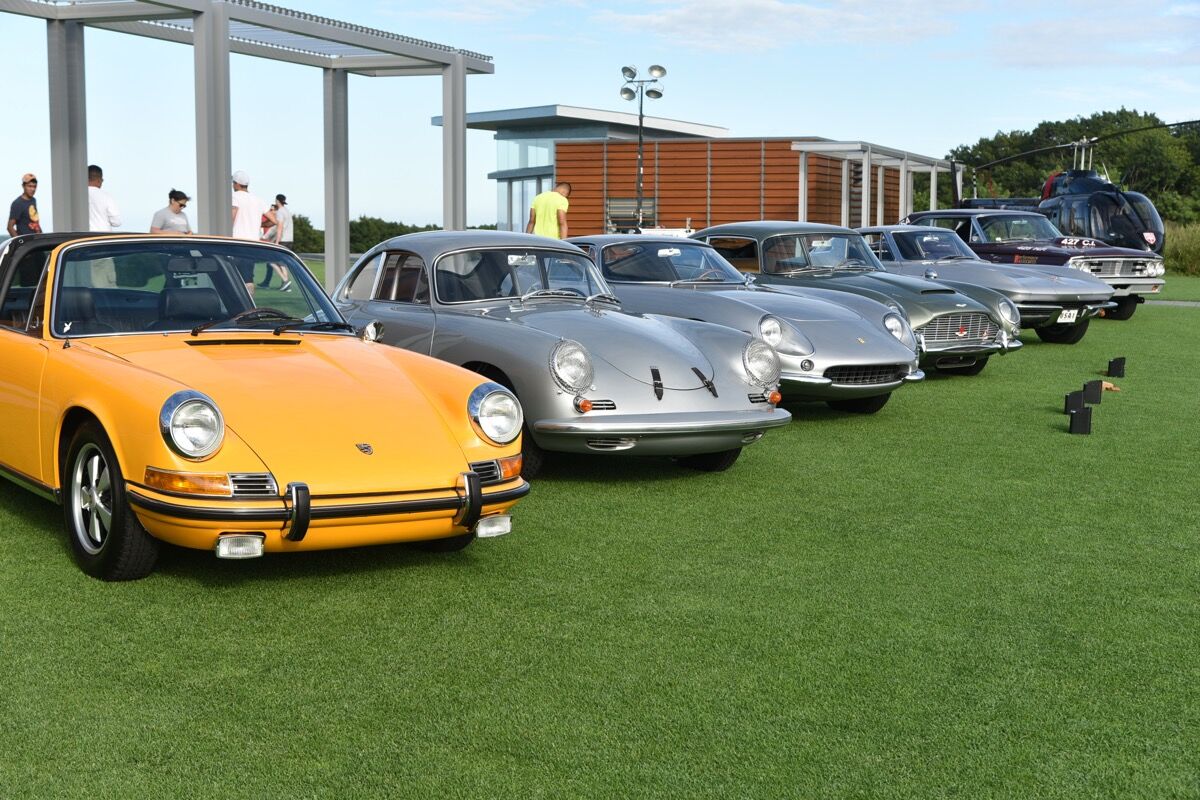 Vintage cars at The Bridge, Bridgehampton, New York, 2018. © Photo by Rob Rich/SocietyAllure.com, 2018. Courtesy of The Bridge.

Among the dozens of contemporary art expos on the global fair circuit, The September Art Fair at The Bridge—which just completed its second edition last weekend—stands out for a number of reasons. To start, it’s an outdoor art fair free from the confines of the exhibition center, with blue-chip galleries hanging works in storage containers, jerry-rigged to provide ample lighting. And it’s not just any outdoor location: It’s held on the sand dunes of a golf course with a one-time $1 million membership fee and annual dues and taxes that top $80,000 per year, a location that makes it impossible to detect from the surrounding roads. And unlike other art fairs, the public cannot buy tickets—attendance is by invitation only.
But the strangest thing about the fair, which is commonly referred to as “The Bridge,” is that art by
Wolfgang Tillmans
and
Alex Katz
plays second banana to the 150 vintage cars spread out on the golf course next to them, many of which are worth millions of dollars each.
The art fair–car fair hybrid comes at a time when the contemporary art world is taking increasing notice of the overlap in clientele between the two luxury goods. Last November, Sotheby’s put the 2001 Ferrari that won Michael Schumacher in that year’s Grand Prix smack dab in the middle of its contemporary art evening sale. The gimmick worked: The car sold for $7.5 million, well ahead of its $5.5 million high estimate.
The fair world also cast a strong vote of confidence in the car market in August 2017, when Art Basel parent company MCH Group announced that it was launching Grand Basel, a car fair that held its inaugural edition this month in Basel, Switzerland, and will also take place in Miami Beach and Hong Kong, though not at the same time as those Art Basel fairs. 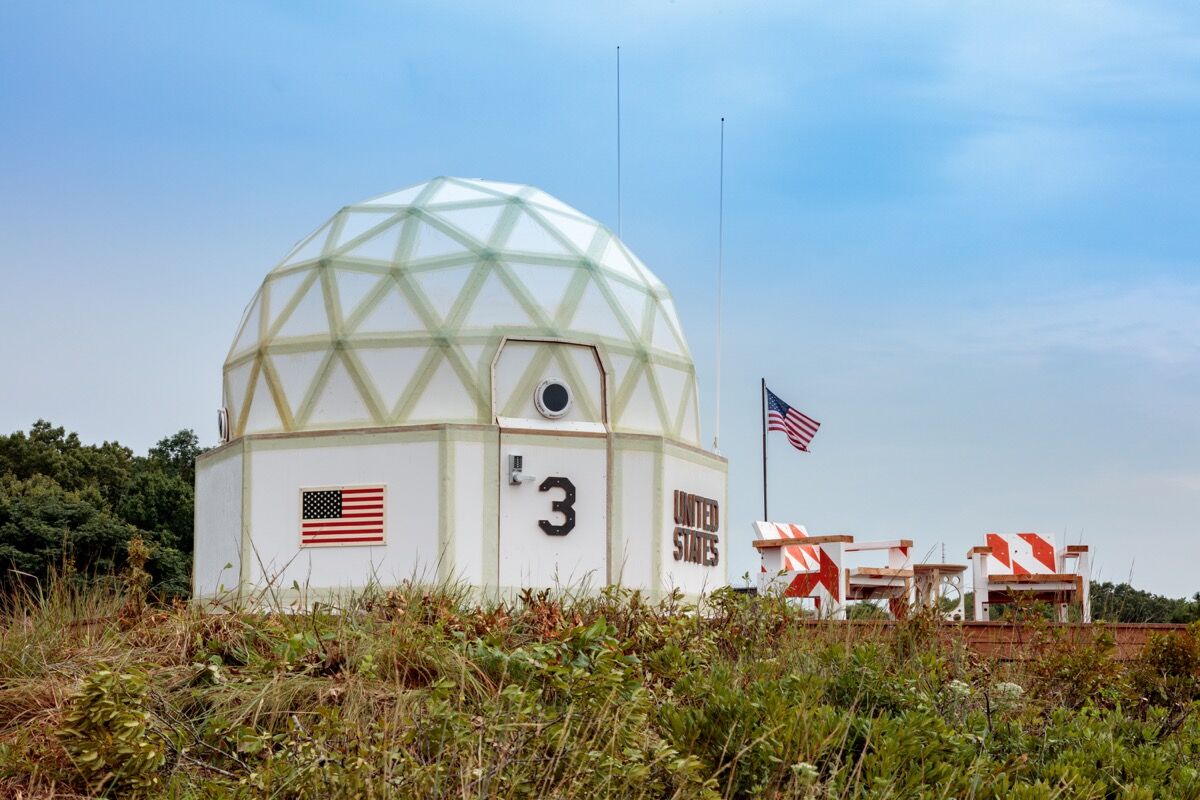 Also last August, RM Sotheby’s—the separate auction house for car sales, created when Sotheby’s bought 25 percent of RM Auctions in 2015—sold a 1962 Ferrari GTO at an RM Sotheby’s auction in Monterey, California, for $48.4 million, the most ever paid at auction for an classic car. Art reporter Judd Tully noted that it had been backed by a financial guarantee, just like marquee lots at a contemporary fair.
The Bridge fair, which ran from Friday through Sunday, was founded by retired commodities trader Robert Rubin, who is uniquely well-equipped to straddle the world of car collecting and art collecting: He buys both luxury items, simultaneously a gearhead and a good pal of the artist
Richard Prince
. He also had the perfect location for it: a golf course on a plot of land southwest of Sag Harbor that he purchased in the 1980s—this despite playing the game for just a few years and pronouncing Jack Nicklaus’s last name “Nick-o-laus.” The golf course, which he opened in 2002, is also called The Bridge, and the fair serves as a bit of promotion for the expensive and exclusive club. When it opened, the original one-time membership fees were $500,000; a source at the fair said that today, they’ve been upped to $1 million.
Rubin first founded The Bridge as car fair in 2016. Sensing an opportunity, he teamed up with Max Levai and Pascal Spengemann of Marlborough Contemporary, along with Suzanne Butler of Canada gallery, to add blue-chip galleries to the mix in 2017, creating what was perhaps the first art fair and car fair combo. In 2018, despite local expos such as Art Hamptons and Art Southampton canceling their editions, Rubin soldiered ahead.
“The addition of the art fair to the car show added a new dimension to the party—with double the galleries, and more cars, it should be even more fun,” Rubin said in a release announcing the 2018 fair. Last year, there were six galleries, and this year, there were 12.
A visitor to the fair checks in and is taken by van down a winding road deep into the 513-acre tract of land, and up a hill where an overpass bears the logo “CHEVRON GASOLINES”—a remnant of the site’s former use as, funnily enough, a racetrack. On the green—beyond a 40,000-square-foot, glass-lined modernist clubhouse designed by Roger Ferris of Roger Ferris & Partners—were hundreds of cars flanked by auto enthusiasts donning white as if the dress codes of Labor Day need not apply. At the front were vintage European makes, a petite Bugatti with bug-eyed headlights next to an Aston Martin seemingly airdropped in from an early Bond movie. There was a line of Porsches with colors that popped against the green grass: ruby, lemondrop, aquamarine. Then the American muscle cars, the Cameros and Stingrays and Corvettes, added even more machismo to a dude-heavy day. 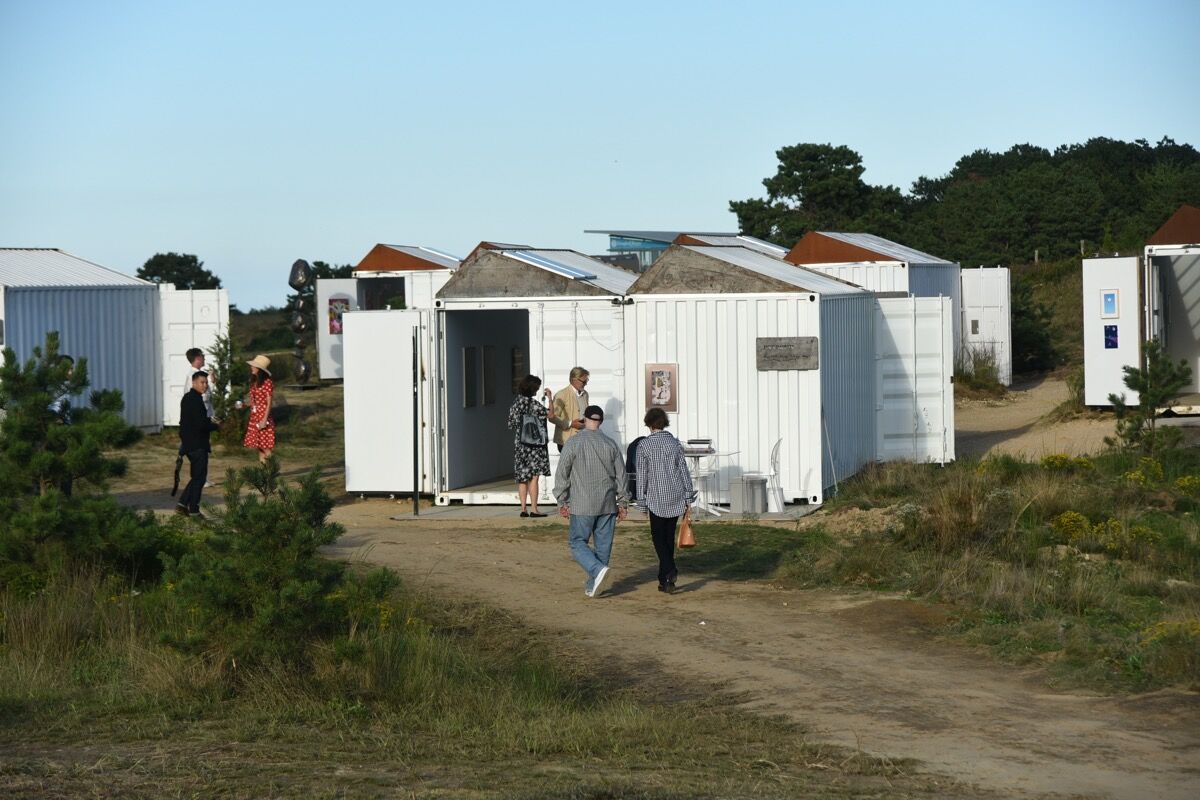 View of exhibition containers at The Bridge, Bridgehampton, New York, 2018. © Photo by Rob Rich/SocietyAllure.com, 2018. Courtesy of The Bridge.

Advertisement
Informational material provided by the fair indicated that a few of these road-ready works of art could be in the price range of prized lots at Monterey or big sellers at Grand Basel. There is a 1957 Maserati 300S, only 26 of which were made, and the 1965 Shelby GT350, a souped-up Ford Mustang originally made strictly for racing, only 36 of which were ever produced. The 1952 Chrysler SWB Ghia Prototype Coupe was a risky experiment, an attempt by Detroit to match the coachwork of the shops in Italy, but despite getting fawned over at Pebble Beach, it was never put into production. The prototype at The Bridge was the only one ever made.
The gallery booths were installed a short jaunt down from the clubhouse and the cars, at the top of a hill and set on the gravel abutting a sand pit. It looked like some strange future shantytown, the storage containers dotting an alien landscape. But inside these containers, the galleries did not disappoint.
With the autumn equinox upon us in not a week, East Village gallery Karma presented a booth where all the work was related to the moon, including artists repped by the gallery—such as
Paul Mogensen
,
Mathew Cerletty
, and Matthew Wong—as well as a
Ralph Albert Blakelock
landscape from the 19th century. A small
Gertrude Abercrombie
not in the excellent show currently up at the gallery shows a cat with especially excited blue eyes, and a full moon in the background; steps away is a Nicolas Party painting of a more coy-faced feline, this time with sapphire-colored fur, again with a full moon looming overhead.
The gallery’s owner, Brendan Dugan, said it had done pretty well as the end of Saturday drew near—cue the moon—and there was a full day of the fair still to come Sunday. Over at the 303 Gallery booth, an
Alicja Kwade
work had sold for $42,000, and at Marlborough Contemporary, fairgoers gawked at a glorious large
Alex Katz
painting, Ada Smiling (1993). Meanwhile, a rock sculpture by Lars Fisk—the artist who designed the storage containers guests stood in—sold by Saturday. David Zwirner brought an extension of the
Wolfgang Tillmans
show that opened at the gallery in Chelsea last Thursday, and successfully sold five of them, at prices between $10,000 and $35,000. Morán Morán, showing at the fair for the first time, lugged out east a massive
Torey Thornton
work that co-owner Mills Morán described as “a museum piece.” It’s called Coagulated Foundation Tucked Into Petri, Night Night (current)(bar code) (2018), and the canvas was taking up the whole wall, featuring pillars upon which Thornton had spray-painted the names of his favorite bands and musicians.
Perhaps the priciest work of art on view was
Tom Sachs
’s Building #3 (2018), a massive installation the artist had created over the course of two-and-a-half weeks over the summer. It’s up a hill, and upon approach, it looks like a NASA science hut in Antarctica, a giant dome atop a flag-spangled base. Inside, there are benches that can seat six and bunk beds that can sleep two. There’s also a mirror where one can retouch their makeup with Chanel products, and a fully stocked bar with bottles of vodka and mezcal, though the mezcal was finished by the time I left the capsule.
The work is being offered by Vito Schnabel Gallery, and I had the idea that some collectors might be put off by the $525,000 price tag—not to mention the fact that any buyer would need the exhibition space to install a 20-foot-wide, 13-foot-tall work. And yet the gallery had fielded a number of interested parties throughout the day, according to one of its dealers.
Despite the success of some galleries at The Bridge, it may be a little early to proclaim that the world of car collectors and art collectors have officially fused. Dealers said that while a few new faces wandered in to look at work and announced themselves as car collectors, the artworks that sold went mostly to established clients of the gallery.
The art and car scene melded just for a second, at the end of the day, when I spotted the one car in the art fair area: a work that
Peter Coffin
made for “LIVING,” a 2014 show of his at Red Bull Art Space. The sculpture is a vintage DeLorean that Coffin covered in sloganeering bumper stickers, giving a new sort of message to the can made iconic by Back to the Future as the strange car that Doc Brown turned into a time machine by installing the flux capacitor. As the storage containers got locked up, Coffin hopped in the driver’s seat, and with the winged doors still high up in the air, revved the engine of the artwork and drove off out of the art fair.
Nate Freeman
Related Stories

The 5 Trends That Will Shape the Art Market This Fall

Jessica Silverman’s Secret to 10 Years of Success as a Gallerist? Hustle Harder 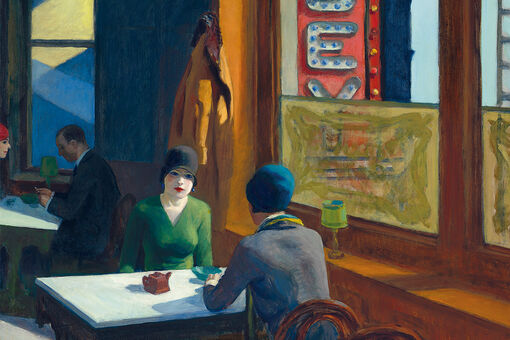 The 5 Trends That Will Shape the Art Market This Fall
Nate Freeman
Sep 14, 2018 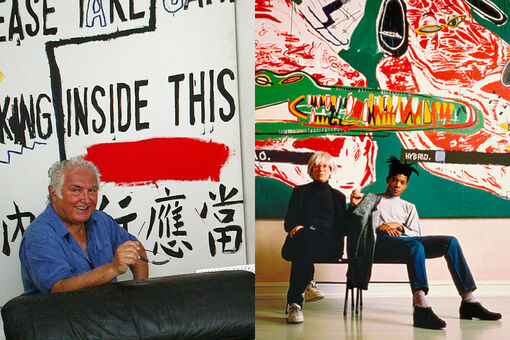