My research into art galleries began almost by accident, after a friend confided in me about her troubles with her boss, a flirtatious gallery director. He routinely put his hands on her hips when passing in a narrow hallway, behavior that made her uncomfortable, but unsure how to proceed. Since this behavior occupies a fraught gray area between explicit groping and benign contact, the onus lay with her—to decide which coworker she could trust to adjudicate the issue or whether she should simply chalk up her unease to being oversensitive. Grappling with this issue left her dreading work.
Coincidentally, my friend shared her dilemma with me at a time when I was reading troves of management theory for my dissertation research on corporate artist residencies. With volumes of workplace protocol swirling in my head, I noticed that typical channels for recourse, such as a code of conduct or a human resources staffer, were absent from my friend’s workplace, and therefore of little use to her. As I subsequently found, they are rare across the gallery sector, leaving me to wonder: In their absence, what norms govern professional conduct in an art gallery? To answer that question, I have spent the past year interviewing dozens of gallery employees and owners, from upstart artist-run operations to blue-chip international powerhouses.
Based on my first round of interviews, I’ve found that art galleries operate in a universe largely untethered from the canon of modern business management theory. This finding will not shock anyone in the art world, where social rapport—not business formality—is the mortar that binds artists, dealers, and collectors. But while it’s often refreshing to see an industry indifferent to the platitudes of “process alignment” and “synergy,” it is clear in this “#MeToo moment” that management strategies can offer structures that help ameliorate difficult situations like that of my friend. Rather than being stifling or conservative, the management practices I have identified can help further what I believe is a widely shared goal in the art industry: an equitable and fair environment for art workers.
The art gallery is a rare bird in the economic landscape. Gallery directors are outspoken that their passion for art far exceeds their motivation for profit. This sentiment evokes the art world at its best: a corner of society inhabited by those pursuing curiosity and meaning, rather than profit and efficiency. But this attitude can bring limitations, among them a tendency to privilege a casual, social intimacy over workplace protocols that—while perceived as stuffy and uncool—are designed to maintain accountability.
The art world, which operates to a large extent on relationships and word-of-mouth, is intrinsically vulnerable to misconduct, amplifying the need for accountability protocols. In clear parallel to Hollywood, where Harvey Weinstein’s ouster revealed unplumbed depths of systemic complicity, powerful individuals in the art world also wield a “gatekeeper” function over the trajectories of aspiring newcomers. These already asymmetrical power relations are made even more unequal by the outsize importance of consensus in conferring social and economic value. When careers can be made or broken on the agreement of critics, curators, and dealers, individuals are disincentivized from speaking out about high-powered or well-connected serial offenders. Research bears out the danger implicit in this kind of environment: misconduct thrives in industries with pronounced inequality between rungs of an organization’s hierarchy. Moreover, when individuals are given power over others, they tend to act with greater impunity and less empathy. As the art world finally reckons with the pervasive abuses of powerful men, a comprehensive survey of New York City’s gallery industry is sorely needed.
The questions I ask gallery workers about harassment and discrimination are no doubt the most urgent, but I deliberately also include mundane questions about staff meetings, performance reviews, and inventory maintenance. Both sets of questions probe the clarity and coherence of a gallery’s expectations for staff conduct. Problems in the workplace are not isolated; they are inextricable and systemic. To illustrate this point, I have highlighted three very different anecdotes relayed to me by friends and interviewees alike.

An employee’s boss routinely discusses inappropriate sexual encounters, but the only superior to whom this employee should report is the same person committing these offenses.

The director of an art gallery makes inappropriate racial comments to an employee of color, but the employee mistrusts the ability of the human resources department to handle the problem without spurring reprisal from the gallery director.

An employee has worked at a gallery for years without performance reviews or formal feedback from superiors, resulting in feelings of frustration and anxiety about job security. Attempts to elicit feedback from superiors are dismissed or met with hostility.
These varied accounts share a common denominator. In each case, employees lacked the necessary support to seek recourse in distressing circumstances. Attempts to find resolution were implicitly or explicitly discouraged. Though they occupy a spectrum of severity and harm, each of the problems above are clear examples of workplace dysfunction.
I am aware that the mere suggestion of “management techniques” can conjure hackneyed staff retreats and co-worker trust-falls. But in the context of my research, management simply refers to a business’s internal organization and operations. This encompasses everything from the steps for carrying out daily tasks to the roles and responsibilities of employees. Why does this tend to elicit distrust or skepticism in the art world? Historically, management techniques, from the 19th-century factory floor to the 21st-century tech startup, aim to maximize productivity and extract the most value out of labor. They are the science of capitalist exploitation. Unsurprisingly, then, international research has documented misgivings amongst art gallery workers around the notion of “management,” and I have observed similar attitudes in New York.
Despite these valid concerns, I remain optimistic that management research can yield valuable insights for galleries. Simply put, good management creates better workplaces. With patient help from Professor Florian Ederer at Yale School of Management, I devised interview questions based on the World Management Survey (WMS), an international study comprising over 20,000 interviews across 35 countries and four sectors: manufacturing, healthcare, education, and retail. The WMS shows a strong correlation between good management practices and the very survival of an organization. Research has also demonstrated meaningful employee preference for working in well-managed companies across a range of sectors—so why not galleries?
The long-term goal of my research project is to establish a set of “best practices” encouraging workplace standards that remain sensitive to the idiosyncrasies and priorities of art galleries. Unique as they are, galleries deserve the same transparency and accountability expected of any other industry. Installing protocols to protect workers does not mean reducing the art world to a profit-centric, widget-factory business model. For example, these simple steps could be a start:

Interviewees say they are confused about where to report misconduct. In lieu of a dedicated HR person, staff issues are often nebulously parsed between finance managers and gallery managers. Clearly defined reporting procedures—preferably with an option for anonymous reporting—are an important feature of equitable work environments. In small businesses without HR personnel, the Equal Employment Opportunity Commission recommends that complaints go directly to the business owner, who is responsible for ensuring an impartial investigation. In a very small company, this may mean turning to an outside lawyer or HR consultant who lies outside of the chain of command.

Studies show that employees are less likely to report harassment or discrimination in companies where previous complaints have been addressed slowly or ignored altogether.
These steps may seem like common-sense, but it’s only through research that their prevalence in galleries, or lack thereof, can be brought to light. Clear, substantive data on the experiences of gallery workers remains desperately under-researched.
Lucy Hunter

Lucy Hunter is an independent curator and fourth-year graduate student at Yale University. She is preparing her research for publication this spring in Art Handler, an outlet devoted to the material conditions of art workers. Lucy is currently looking for more gallery workers to interview. If you or someone you know works full-time in a New York City art gallery, she would like to hear from you. Participation entails an hourlong conversation by phone or in-person. To get started, please contact Lucy's email address: [email protected]

Unpacking the Allegations of Sexual Harassment in the Art World 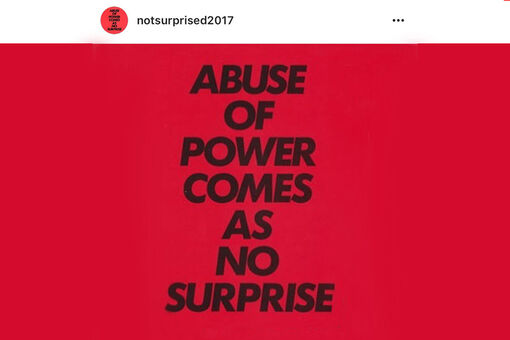 Unpacking the Allegations of Sexual Harassment in the Art World
Artsy Editors
Nov 16, 2017 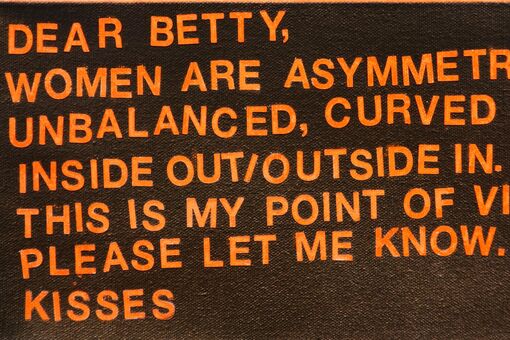 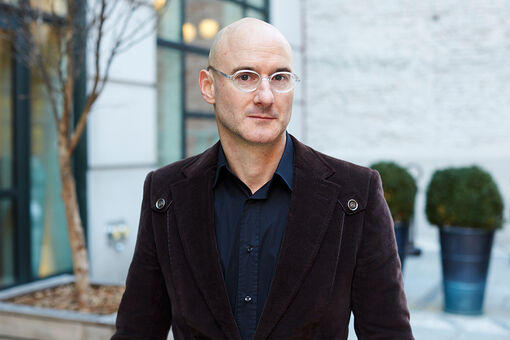 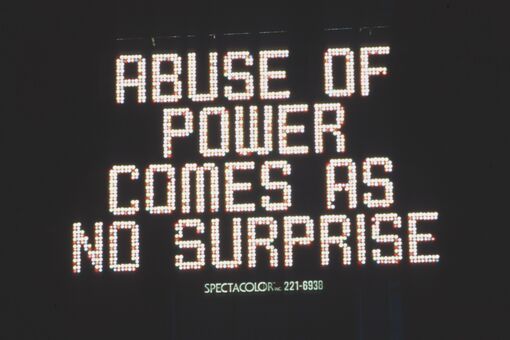