Artsy Editors
Oct 22, 2015 6:04pm
International recognition is important for many artists. But there’s nothing quite like exhibiting in your native country—as
Emmanuele De Ruvo
is for his new exhibition, “Degrees of Freedom,” the artist’s second solo show at Montoro12 Contemporary Art in Rome. 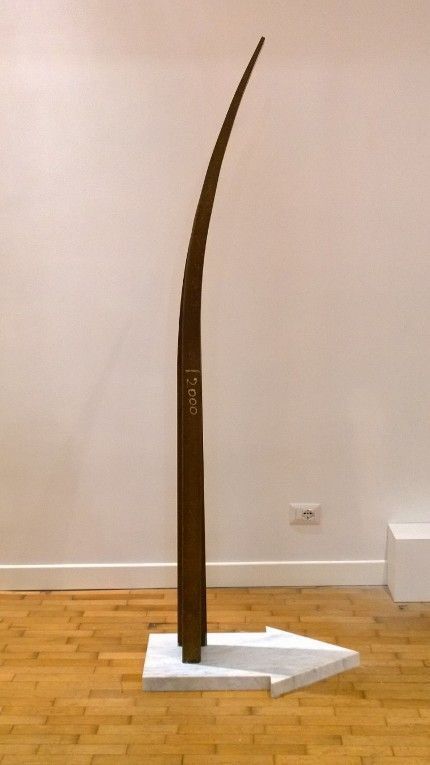 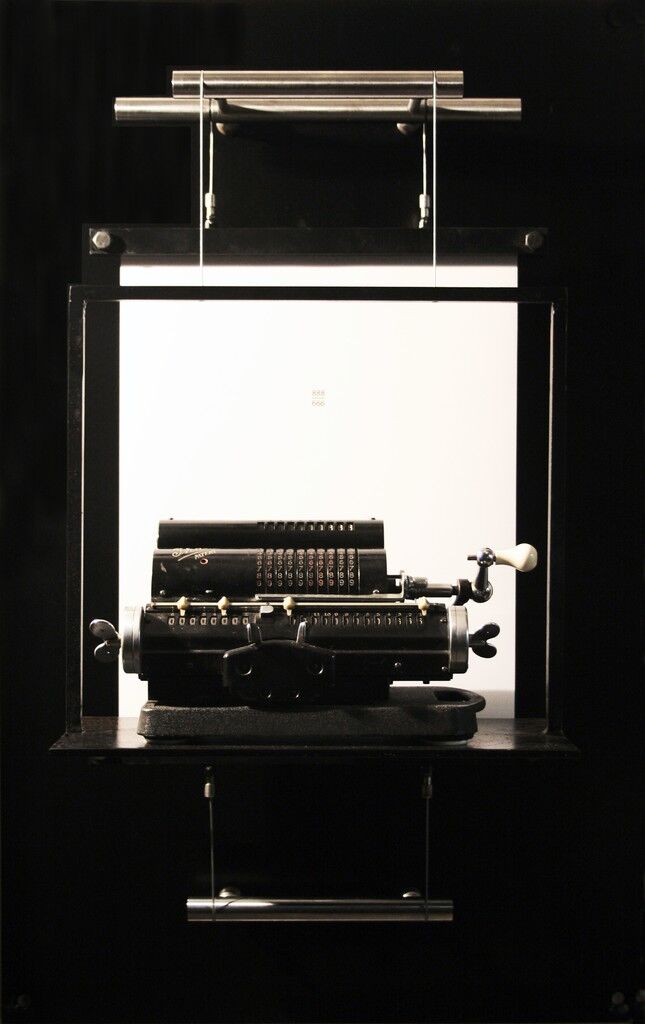 Emmanuele De Ruvo
888/666, 2015
Montoro12 Contemporary Art
Born in Naples, the 32-year-old artist already has a reputation abroad: his first solo exhibition was held at London’s Milk and Lead Gallery in 2010. The same year, De Ruvo also showed work at White Box in New York and won the Prize for Italian Art in Stockholm.
His new show in Rome consists of eleven works. They run the range from sculpture and installation to wall-hung mixed-media compositions. But they all have something in common: De Ruvo’s predilection for a hard-edged, everyday materials. Call them industrial or mechanical, tactile, workaday, even cold—the artist likes to work with glass, slate, paper, and magnets, not to mention found objects. The striking sculpture Out of Track (2015) consists of twisting piece of real train track attached to marble base in the shape of an arrow.  Positioned vertically, the track heads toward the ceiling while the arrow points in a different direction. Another sculpture, 888/666 (2015), is made of iron, steel, paper, and a calculator. And the other elements listed alongside the artist’s chosen materials? Forces like compression, traction, and gravity, according to the exhibition’s press release. 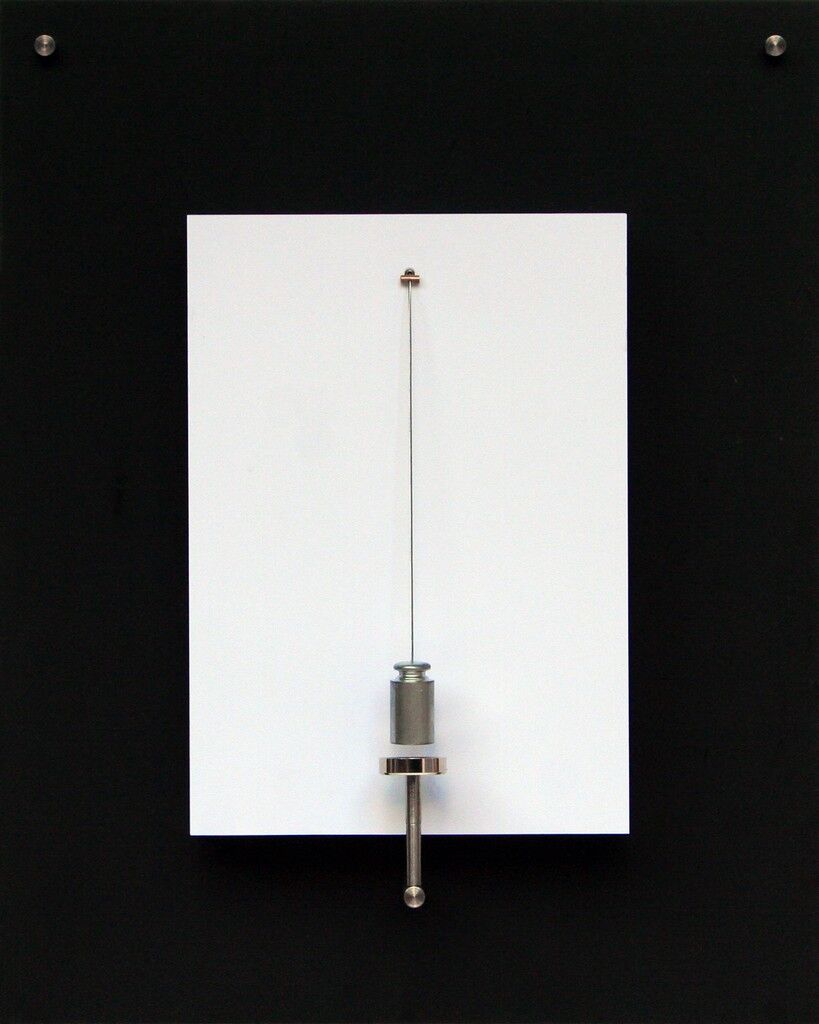 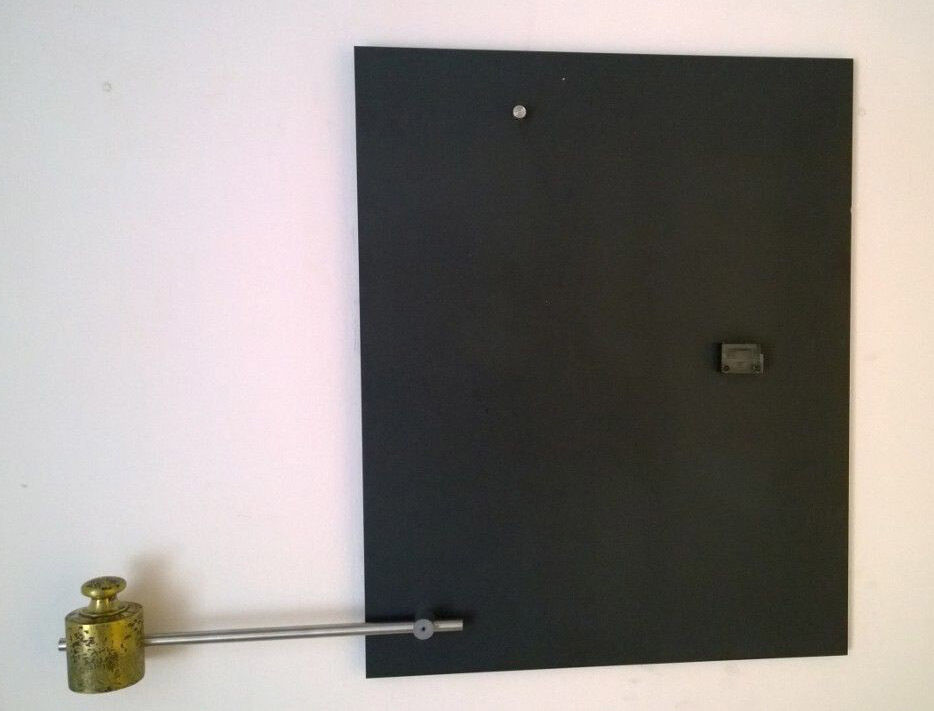 Emmanuele De Ruvo
To Balance, 2015
Montoro12 Contemporary Art
Advertisement
This process of taking materials with a variety of different weights, than applying pressure to them to create particular effects, is the crux of De Ruvo’s work. In this way, he explores the potential of materials to behave differently under a range of circumstances. The show’s title, “Degrees of Freedom,” refers to that spectrum of possibilities. The intriguing interplay of opposing forces is on display in ungravity (2015)—slate, steel, brass, and paper under the force of gravity—and To Balance (2015), a starkly asymmetrical piece that creates a sensation that’s just the opposite of what the title suggests.
All told, the show is a fascinating exploration of the intersection between art and physics—and, on a broader note, a reminder that certain forces, like gravity, are working on everything around us, whether or not we choose to recognize them. De Ruvo presents these eleven works at a gallery in his native Italy, but the theme is so universal that the show would be of interest to viewers at any art gallery in the world.
—Bridget Gleeson
“Degrees of Freedom” is on view at Montoro12 Contemporary Art, Rome, Sep. 16 – Oct. 31, 2015.
Follow Montoro12 Contemporary Art on Artsy.
Related Stories