How Art Survives under Authoritarianism 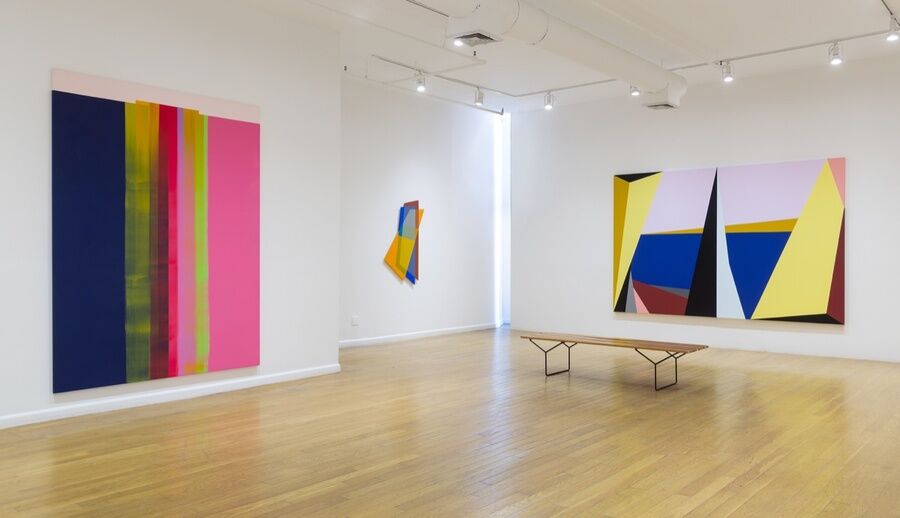 Installation view of “With the Eyes of Others.” Photo by Etienne Frossard. Courtesy of Elizabeth Dee.

Throughout the one-upmanship of the Cold War, the United States touted its freedoms by arguing that the authoritarian governments under the thrall of the Soviet Union stifled the arts to the point of insignificance. Nearly three decades since the fall of the Berlin wall, we should—but often don’t—raise our eyes at this rhetorical “West is best” agitprop. One obvious flaw is that some of the most important American artworks created during the eras of mutually assured destruction were by marginalized artists repressed by an ostensibly free society.
But the ability to see that the Soviet years resulted in work of cultural value comes only through unearthing, and actually looking at, the output of artists of Eastern Bloc nations. Despite some progress—like the 2015 show of Hungarian artist
Dóra Maurer
at
MoMA
—much is left to be done to correct the misconceptions and preconceptions about art outside the West, and to champion artists who today deserve the broad recognition they were denied by their own repressive governments. 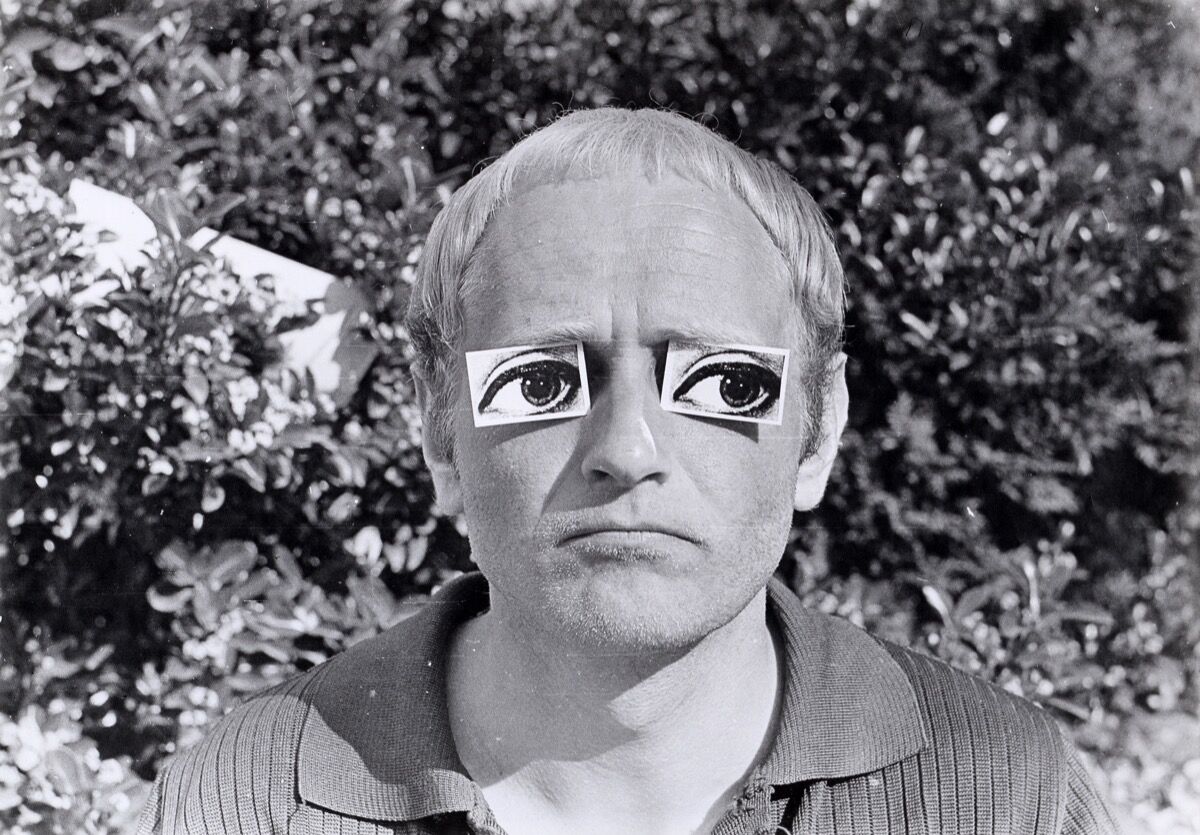 Károly Kismányoky, With the Eyes of Others, 1973. Courtesy of the artist, Elizabeth Dee New York, and acb Gallery Budapest.

Somewhat ironically, it was that very repression that fermented outstanding
conceptual art
. This is particularly true of socialist Hungary, even as artists there looked longingly to the U.S. Exploring the relationship between art and authoritarianism in the country is but one avenue of the current exhibition “With the Eyes of Others: Hungarian Artists of the Sixties and Seventies,” curated by András Szántó, and now on view at New York gallery Elizabeth Dee.
From daring political
performances
to large
minimalist
paintings, many of the over 100 works on view would feel at home, and yet also strangely alien, in a smoke-filled SoHo lounge in the 1960s. While Hungarian artists became aware of the art being created in the U.S. in the years prior, they needed to tread lightly in order to engage in similar discourses. Artists in Hungary in the the ’60s and ’70s worked in a society where symbols and gestures were carefully parsed by censors and the public alike, for meaning and intent. (In other words, even the subtlest hint of transgressive content in an artwork in Hungary could carry the weight of a much more brazen piece created in America.)
This hyper-attenuation resulted in the “ideal conditions for conceptual art, because so much was created between the lines,” says Szántó. A work by Károly Kismányoky, which gives the exhibition its name, shows four photographs of the artist’s face with cutouts of eyes covering his real ones. Clued into the reality of Hungary at the time, the piece’s symbology takes on a new heft. It is at once disguising its own meaning, and commenting on art in a country of surveillance, where appearances overshadowed realities. 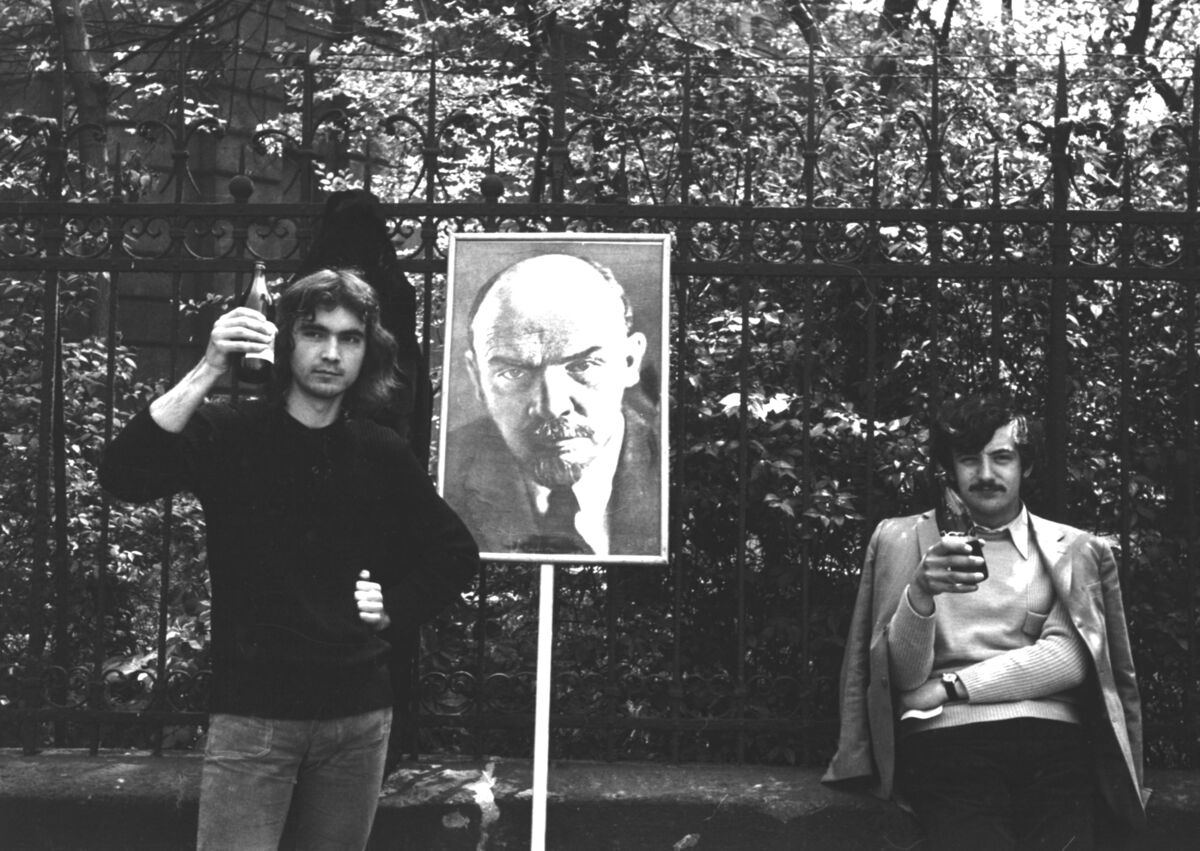 Advertisement
This is but one way that artists crafted messages that were subversive enough to escape censorship, but not obscure to the point of unintelligibility, what Szántó calls “strategies of evasion.”
Take for instance the photograph Five Cobblestones (1976), in which artist
Sándor Pinczehelyi
can be seen holding a tall column of cobblestones. Is this the lifting a mundane object into high art aesthetics? Or a wink to uprisings of years past, when cobblestones would be thrown at tanks? “That’s exactly the space where these people were operating,” says Szántó. “You didn’t know.” And you still don’t know today.
Even if the times let art be political but not propagandistic, Szántó (who grew up in Hungary) is quick to note that “nobody would want to wish on anyone the fate of being an artist in that time, in that place.” And the country’s artists certainly looked beyond their own borders for inspiration and meaning. While the flow of information from west to east was restricted and limited (less so in Hungary), it existed even to the point of direct contact.
Károly Halász
enjoyed corresponding with famed American
land artist
Robert Smithson
, and in 1973, when Smithson died suddenly, Halász created a symbolic eulogy. In For Robert Smithson (1973), he documented a performance in which he and friends created a miniature Spiral Jetty and set it aflame. Bálint Szombathy also communicated a connection to the western art world through photographs of himself holding up signs that say “Bau-Haus.” The works, at once humorous and meaningful, picture the artist in front of ramshackle spaces that are clearly not comparable to the buttoned-up German aesthetic of the
Bauhaus
.
More subtly, artists projected their affinity with a Western artistic avant garde through the use of formal strategies: Minimalism and Conceptualism. Employing these strategies, artists like
Imre Bak
,
István Nádler
, and Pinczehelyi sent soft signals declaring a connection with Americans working in similar styles. If not overtly critical in content, Minimalism was subversive in context, as a statement of desire to exist in a different world.
Still, the artists made references to their own context. Ilona Keserü Ilona, for example, created a colorful textile work titled Wall-Hanging with Tombstone Forms (Tapestry) (1969). As its title makes clear, the piece resembles Hungarian cemeteries—but this iconography is far from clear for Americans today. While a few artists did test the authorities to the point of persecution—Tamás Szentjóby had his passport revoked and was told to leave—many managed to exist in Hungary (which was relatively lax when compared to other Soviet Bloc countries). Some artists were able to show their work in exhibitions occasionally, and they found other jobs to help make ends meet. A group of artists in the city of Pécs enjoyed even greater autonomy.
Artists who chose to work within this context were making a statement; it provided them with a form of sustenance that wasn’t financial. The market for their art simply didn’t exist. “Their motives were not ‘I’m making the next six works for Frieze because my dealer is calling and I have to get it done,’” Szántó explains. “It was because they were part of this dialogue that gave their lives meaning.” 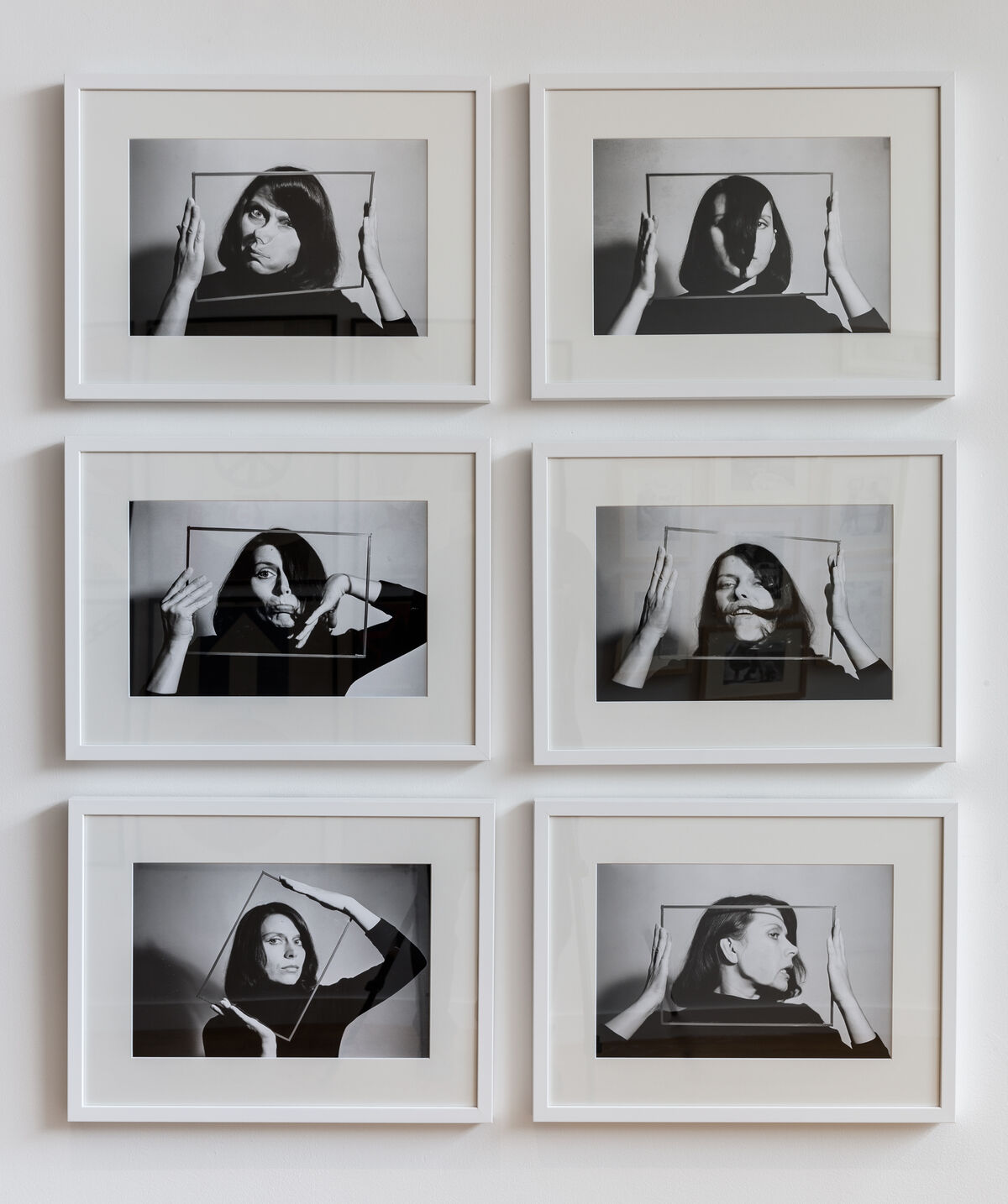 Within this authoritarian context, performance work flourished—as ephemeral works proved difficult to censor and commercial viability wasn’t a concern—and particularly so among women artists. In some of her performance works, poet and artist
Katalin Ladik
would appear completely naked, barely clothed, or costumed, challenging normative gender roles. “The freedom to use your body in a dictatorial state is the last freedom,” Szántó says. Beyond formal strategies, it’s also possible to trace connections between East and West at points of oppression. Ladik in Hungary and artists like
Carolee Schneemann
in the United States used their bodies to transgress and challenge systems that marginalized their gender.
The exhibition at Elizabeth Dee opened on May 1st, May Day, the same day Szombathy daringly carried signs of Lenin around Budapest. Much has changed in the intervening 45 years, but the slow march of history lent these Hungarian artists mixed results. In 1989, when Hungary became independent, the linear tradition of the avant garde “was really over,” Szanto says, “and their scene was over too.” Many found themselves in the difficult position of being yet another struggling artist in a commercial society. “I think there was a let down,” Szanto adds. Still, with many now yearning for a form of political art that doesn’t sacrifice power for subtlety, these artists are all the more relevant today.
Isaac Kaplan is an Associate Editor at Artsy.
Related Stories