The Art Treasures Found in a 1200-Year-Old Arab Shipwreck 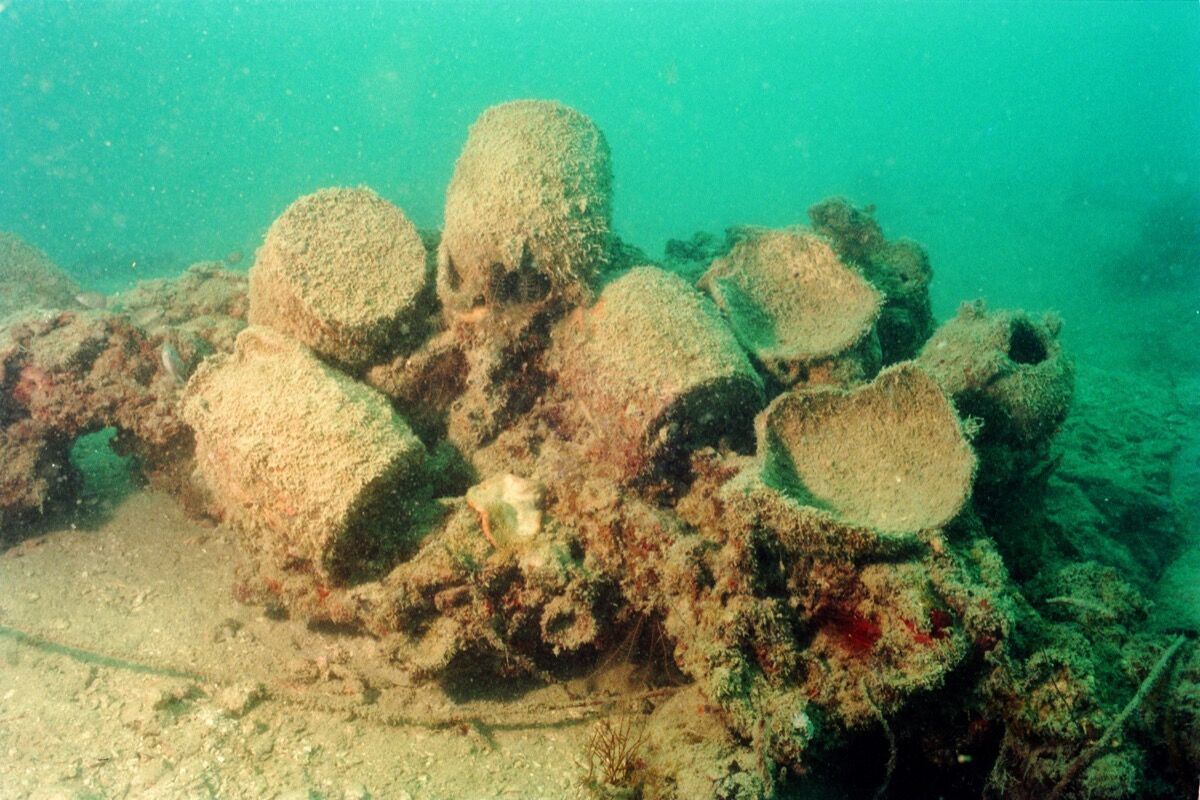 Changsha ewers trapped in a coral concretion on the top of the wreck mound. Photo by Michael Flecker. Courtesy of Asia Society Museum.

When Marco Polo first brought porcelain from China to Europe, in the 14th century, the Venetian merchant was around five centuries behind Middle Eastern traders. As early as the 9th century, Arab cities had developed a taste for Chinese porcelain wares, commissioning all kinds of vessels from Tang Dynasty China, which even at that early date had developed techniques for the full-scale mass production of ceramics.
While it’s ancient history, we’ve only learned relatively recently of the extent of trade between the two civilizations, thanks to an Arab cargo ship packed with porcelain that sank en route from China to the Persian Gulf in the 9th century. Discovered by commercial sea cucumber divers in 1998 off the coast of Indonesia, the shipwreck was full of well-preserved contents, a selection of which go on view in the U.S. for the first time ever in “Secrets of the Sea: A Tang Shipwreck and Early Trade in Asia” at the Asia Society in New York from March 7th.
It’s not entirely surprising that trade flourished between the two areas during this time. China’s Tang Dynasty and the Abbasid Caliphate in the Middle East were two notoriously vibrant and open cultures with cosmopolitan populations and vigorous trade networks. “What this entire enterprise proves is that while Europe was almost in the dark ages, so to speak, within Asia you had these two great empires and cultures having this kind of renaissance, and trade was part of that,” says Asia Society Museum director Boon Hui Tan. “This term globalization is actually a very old concept in Asia.” 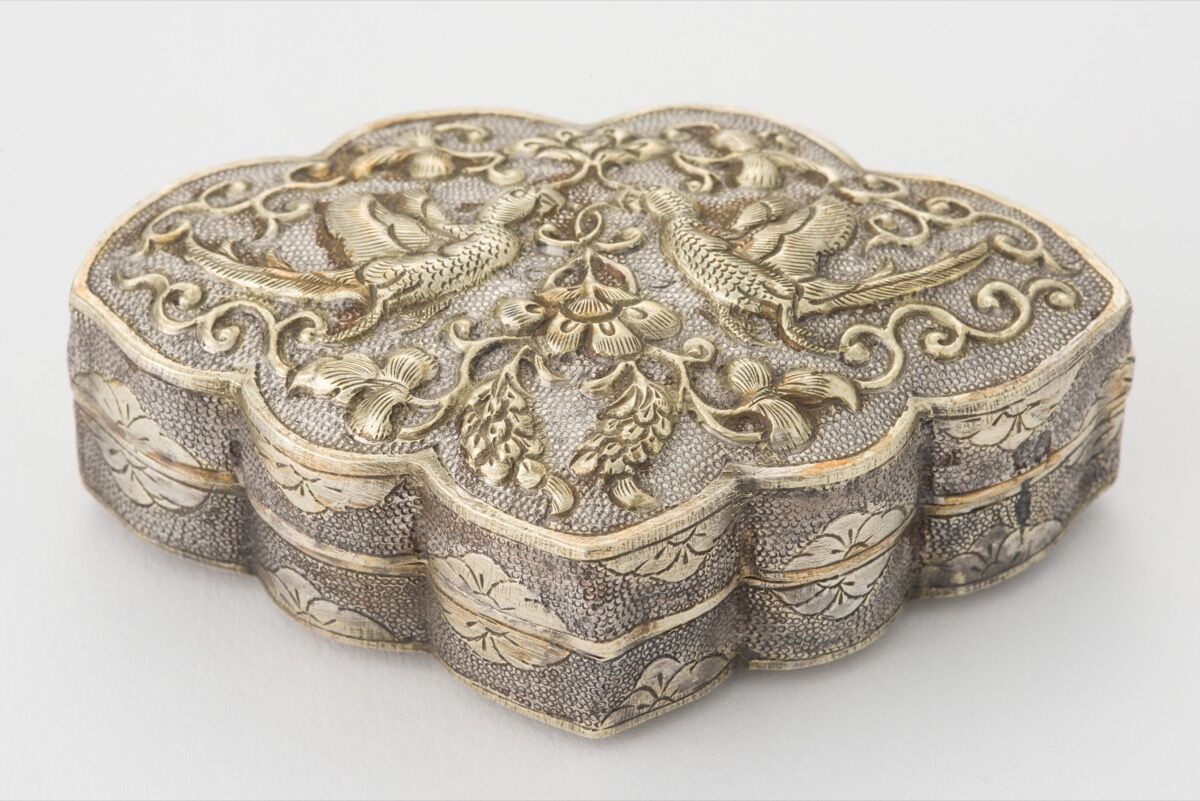 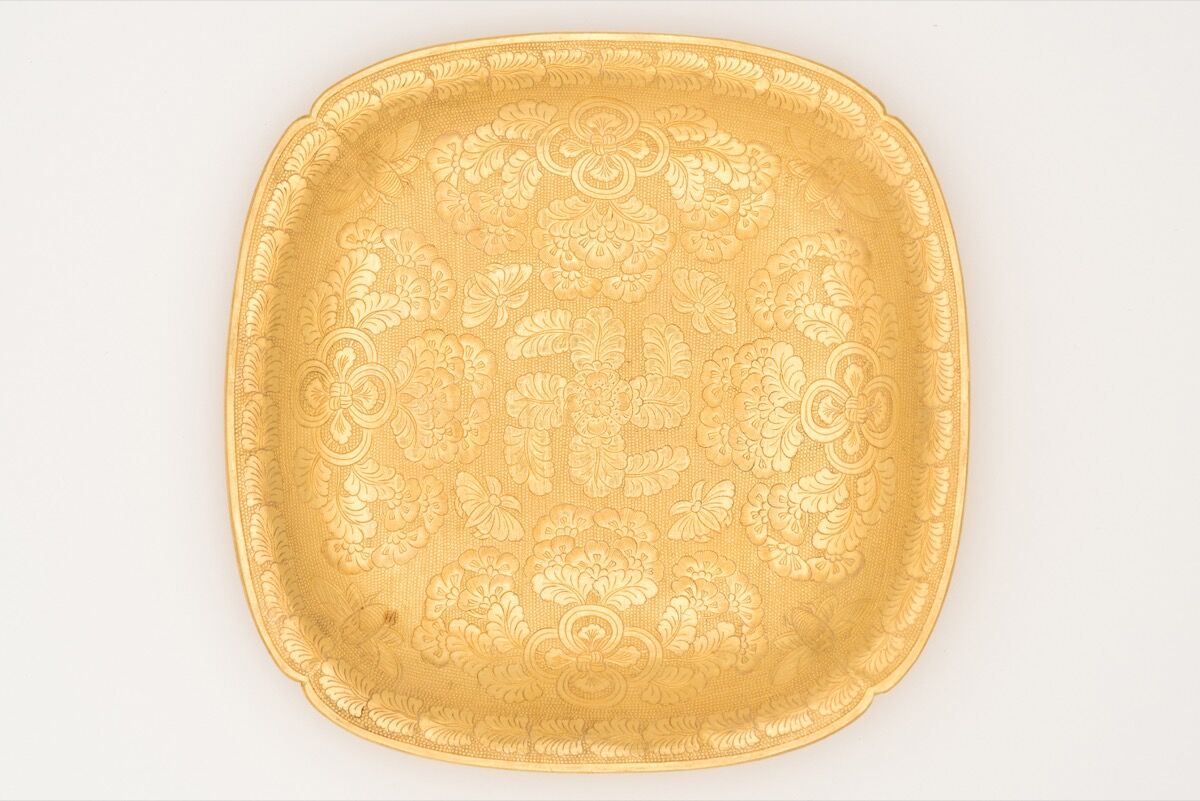 For a long time, the Silk Road across the continent was believed to have been the primary connection between eastern and western Asia. But we now know—thanks in part to the Belitung, as the shipwreck is known—that the maritime route through the Strait of Malacca, the narrow strip of sea snaking around the Indonesian island of Sumatra, linking the Pacific and Indian Oceans, was equally as important.
It was treacherous, however, full of shallow waters and reefs. It’s believed that the ship hit one of these reefs, lost its hull, and dropped its heavy contents, which sank to the shallow ocean floor rather than scattering through the sea. Carefully packed and able to settle into the sand, the 60,000-some items were relatively intact when a commercial German excavation team, hired by the Indonesian government, pulled them from the water in the late ’90s.
First exhibited in 2005 in Singapore, which purchased the contents from the excavation company, the artifacts were destined for display at the Smithsonian’s Sackler Gallery in 2011. That is, until archeologists and scientists demanded that the institution cancel the show, claiming that it would sully the Smithsonian’s reputation because the commercial excavation was conducted too hastily and not in accordance with academic standards—and hence could have led to the destruction of valuable information.
But some information is better than none, and the Asia Society is embracing the opportunity to show the public the archaeological finds, while remaining sensitive to the problems with for-profit excavations. “The Belitung is one of the most significant archaeological finds in recent history,” says Tan. “We believe that American audiences should have the opportunity to see this material, which has transformed our understanding of intra-Asian trade and the scale and nature of globalization in Asia over a thousand years ago. The exhibition and programming also provide an opportunity to discuss these issues.” 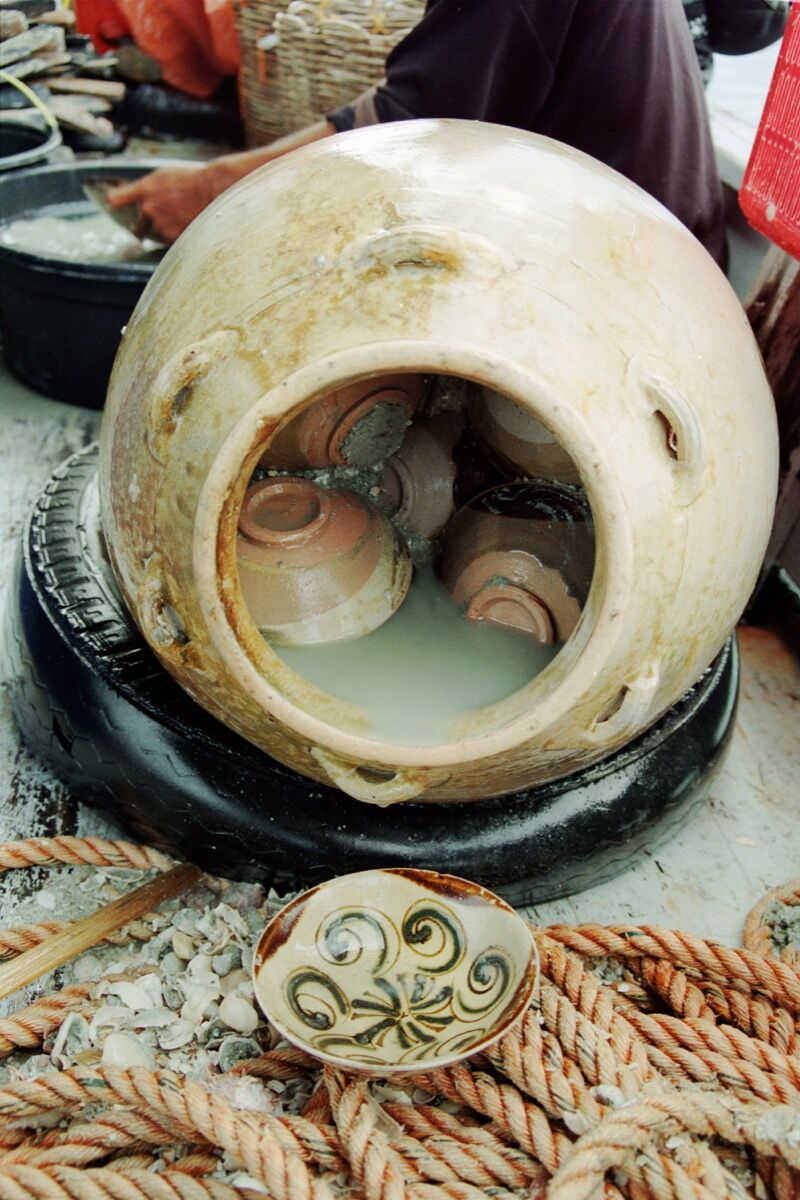 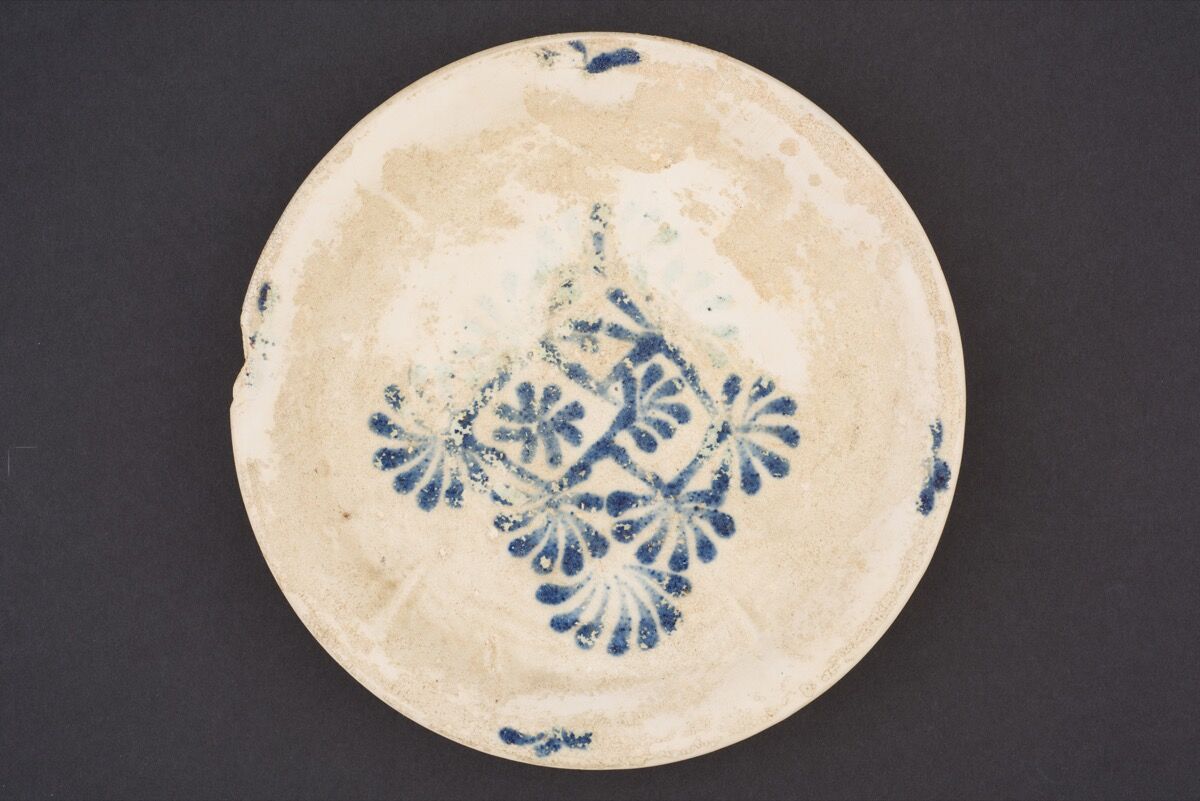 Advertisement
One of the more striking revelations from the ship is that trade between the two cultures was a two-way street. The cobalt that appears in the three blue-and-white porcelain chargers, for instance, was brought to China from the Middle East as a raw material, used by Chinese artisans, and then sent back to Arab consumers. It’s clear, says Tan, that the wares were not just purchased from China, but ordered by Arab consumers. The objects reflect West Asian taste rather than Chinese, although they are undoubtedly hybrids of the cultures, combining Chinese techniques with Islamic patterns and forms.
“There is a lot of customization in the products we found,” says Tan. “While they wanted Chinese greenware or whiteware, they wanted it to their taste.” The animal head on a large glazed stoneware ewer (ca. 825–850), for instance, is typical of Islamic metalwork, he says, as are some of the foliate patterns on the plates. Curiously, the gold objects are the most Chinese in terms of style, indicating, says Tan, that they were likely not made for export.
While a more elite consumer would likely have commissioned items like the rare large ewer, the majority of the items, says Tan, were probably destined for a more middle class customer. Among those more common items are the many examples of Changsha ceramics, a type of Tang Dynasty earthenware with an iron-brown underglaze, made in mass quantities in Hunan Province.
“But all of these items would only have been for a certain strata of society,” Tan points out. “You had to have the means to order them and then wait a year to receive them, since the ship had to go there and come back. And it was also accepted that not everything would make it back.”
—Meredith Mendelsohn
Related Stories