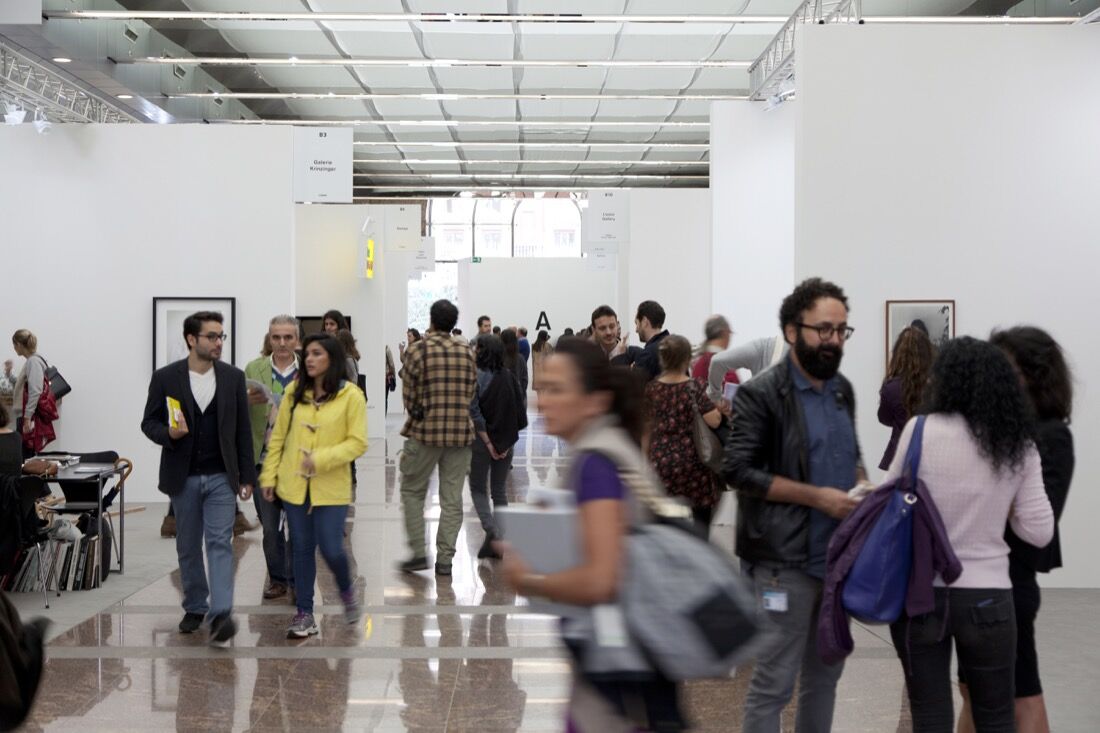 The third edition of Istanbul’s ARTINTERNATIONAL (AI) opened the day the world was horrified by yet another consequence of the Syrian migrant catastrophe: the image of three-year-old Aylan Kurdi’s corpse washed up on the Bodrum shore. He was to join the one million Syrian refugees in Turkey, some of whom can be found in the Taksim Gezi Park area. The art world isn’t immune to such tragedies: Lisson Gallery’s Nayrouz Tatanaki quickly set up a campaign to raise funds for Médecins Sans Frontières and addressed it to the “art world in Istanbul.” This came during a week when art is also making headlines, with Carolyn Christov-Bakargiev’s biennial launching and the city’s galleries pulling out all the stops. 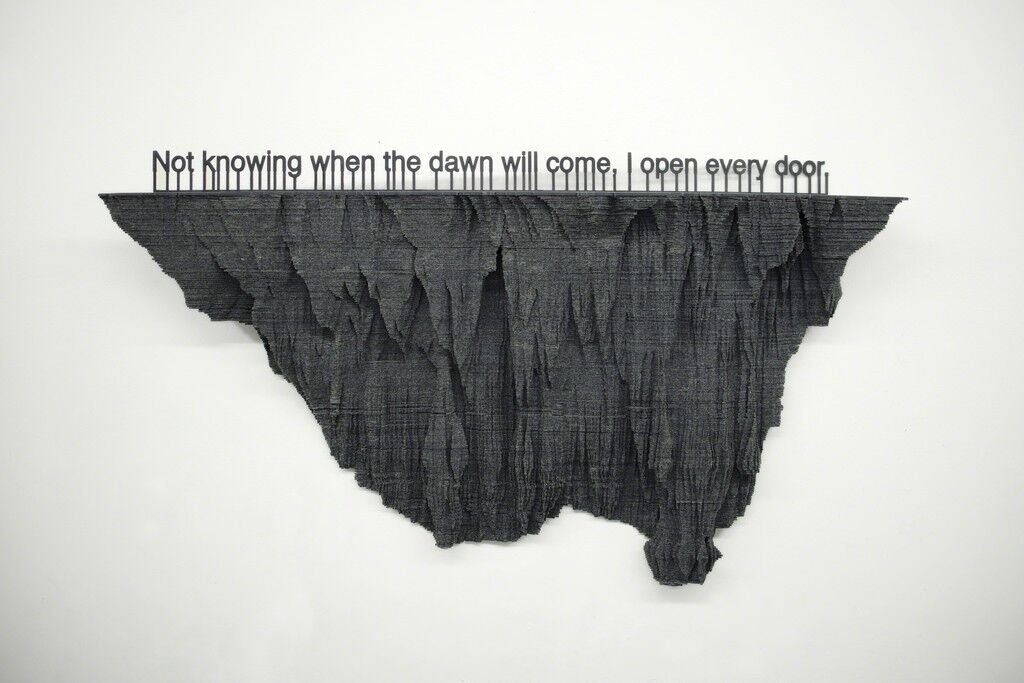 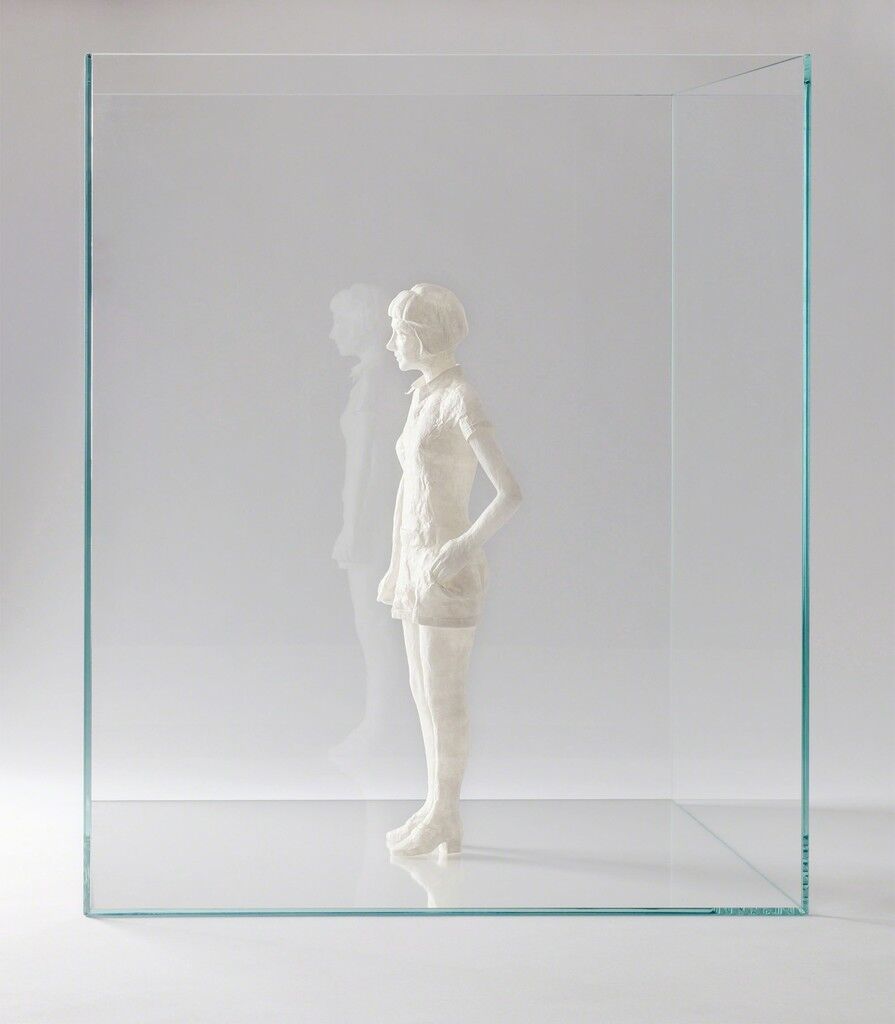 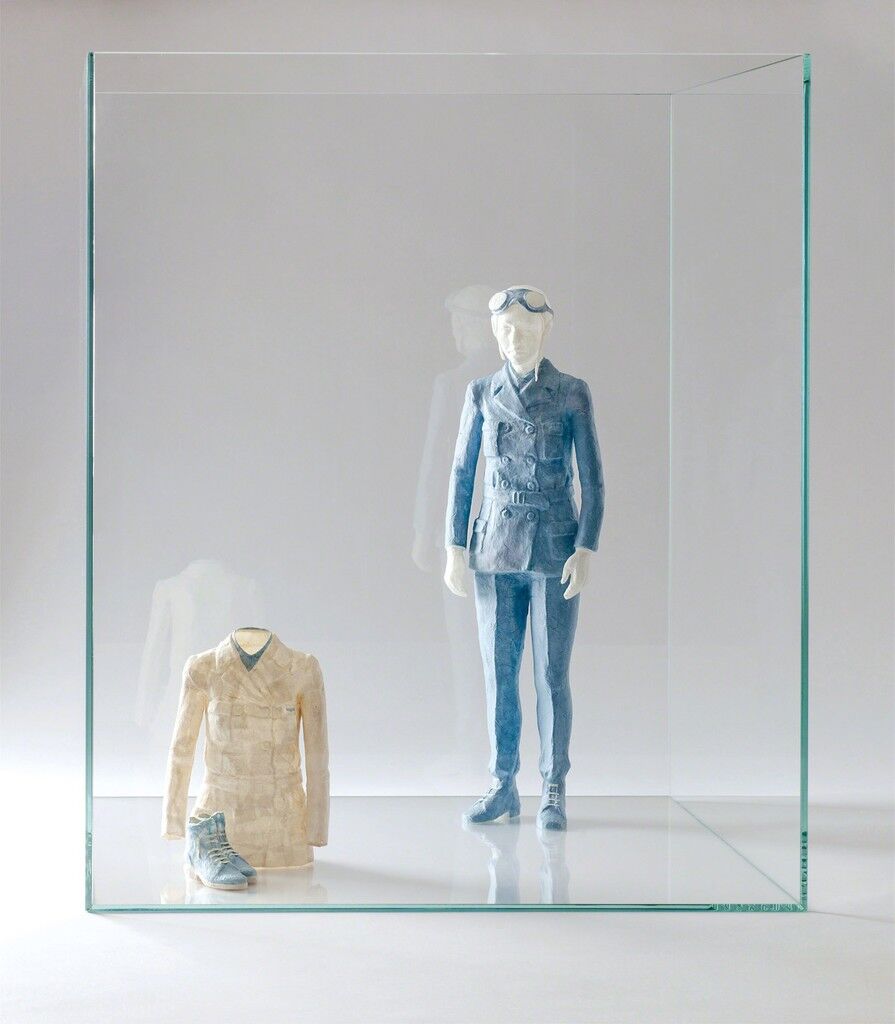 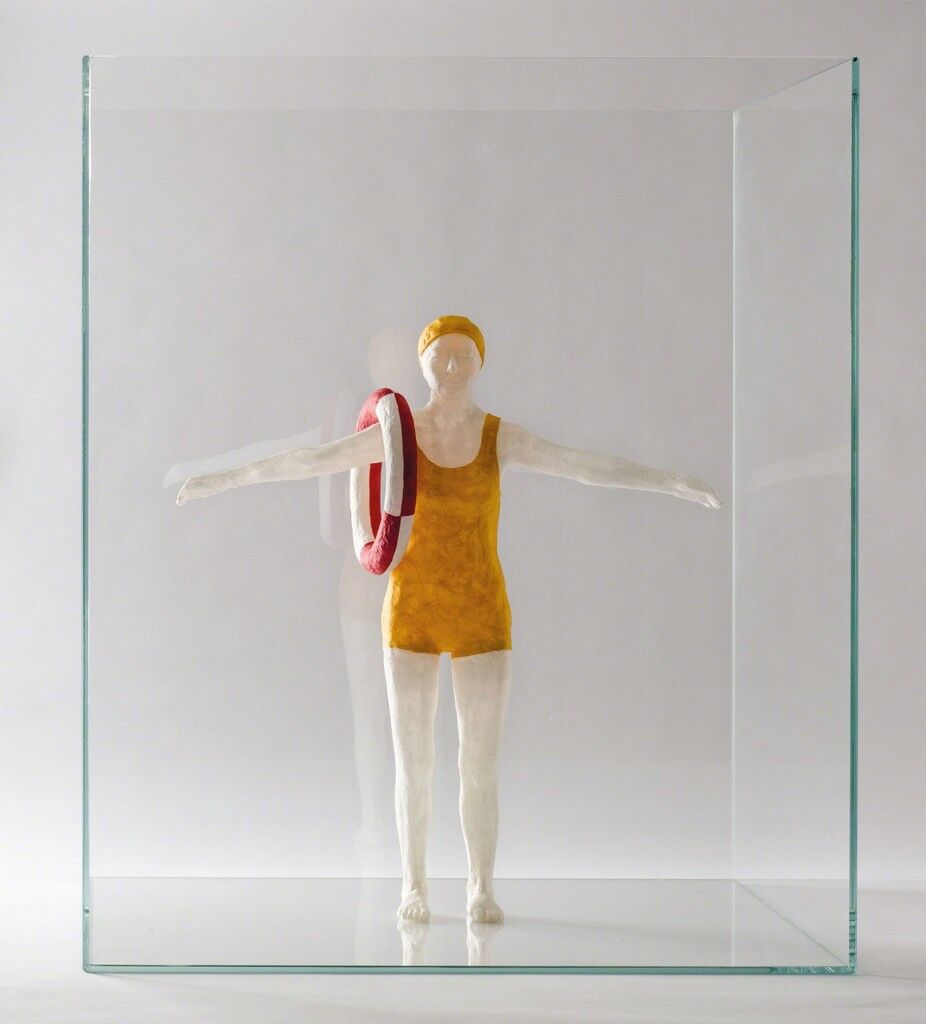 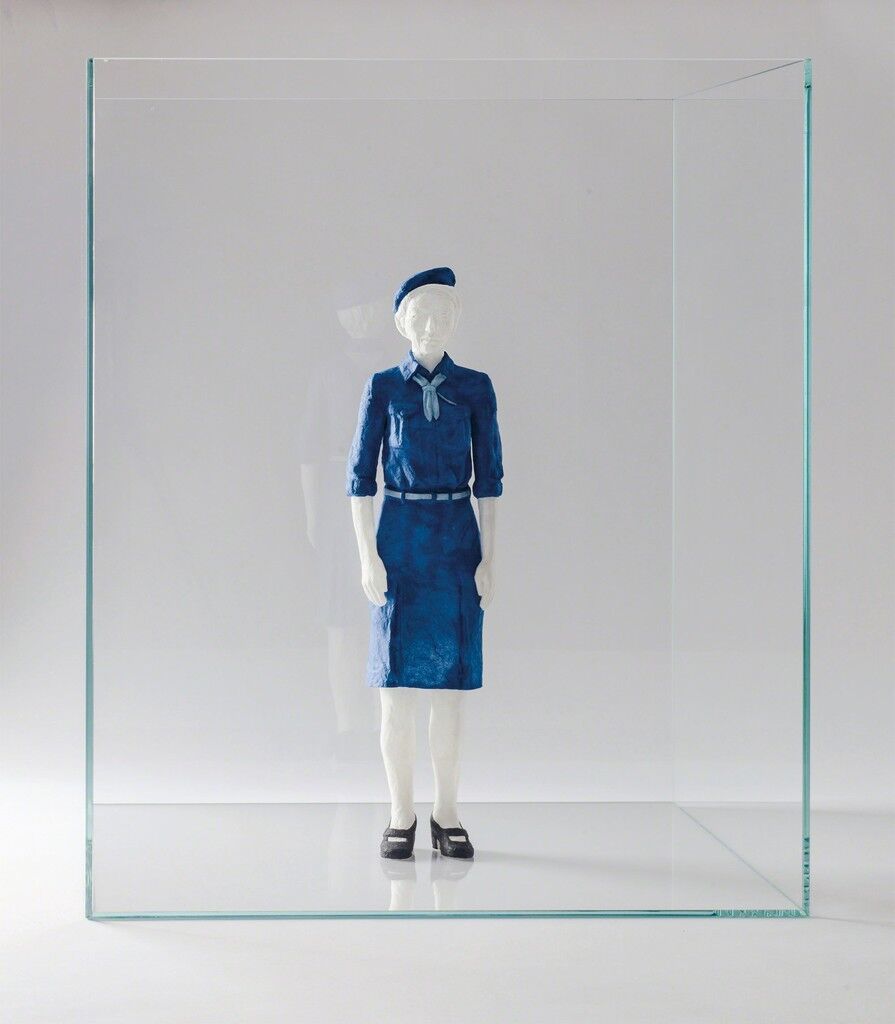 Mehtap Baydu
Untitled, Women of the Republic Series , 2015
Galeri Nev
“Last year there was Gezi Park, this year there is Syria,” noted Leila Heller, representing her eponymous New York space. The Iranian dealer, who sits on AI’s four-woman selection committee, presented a solo booth of works by
Loris Cecchini
, priced between €20,000 and 45,000. Heller’s booth was elegant and minimalist, as was Ankara’s Galeri Nev, which included Turkish artist
Mehtap Baydu
’s fragile paper sculptures priced between €4,000 and 7,000 and based on “female ideals of the Turkish republic,” as the gallery’s Deniz Artun explained. The dealer reported being satisfied with sales, all of which had been made to familiar collectors. A handful of spaces presented solo booths, while many of the rest contained work by an overambitious number of artists. Painting was predominant. As a medium, says AI’s fair director Dyala Nusseibeh, “[it] is especially appreciated in Istanbul and galleries are aware of this.” 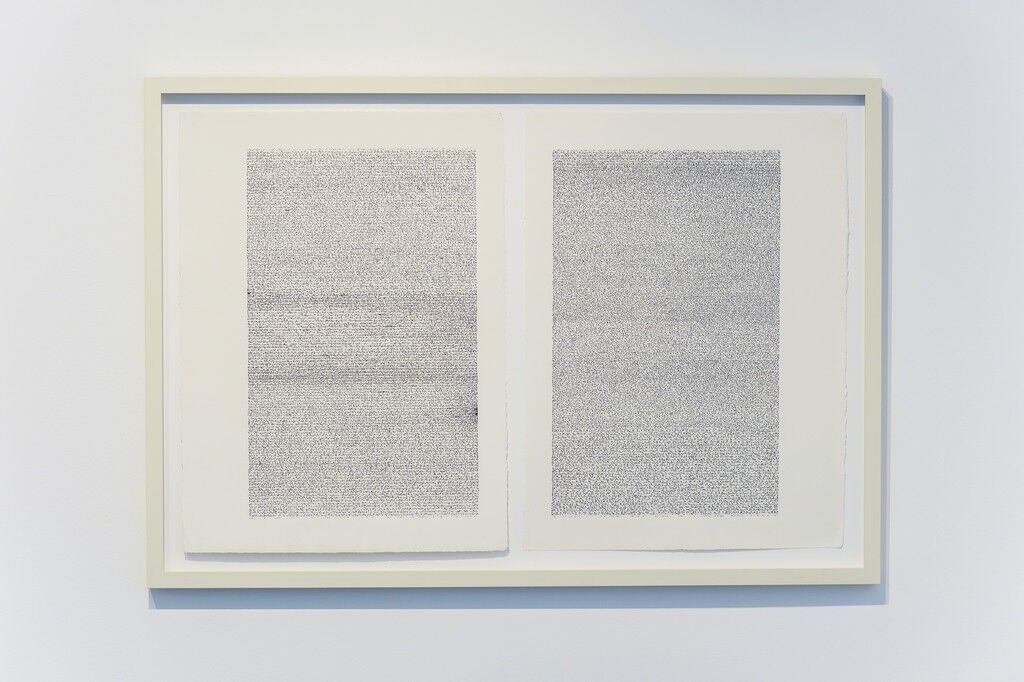 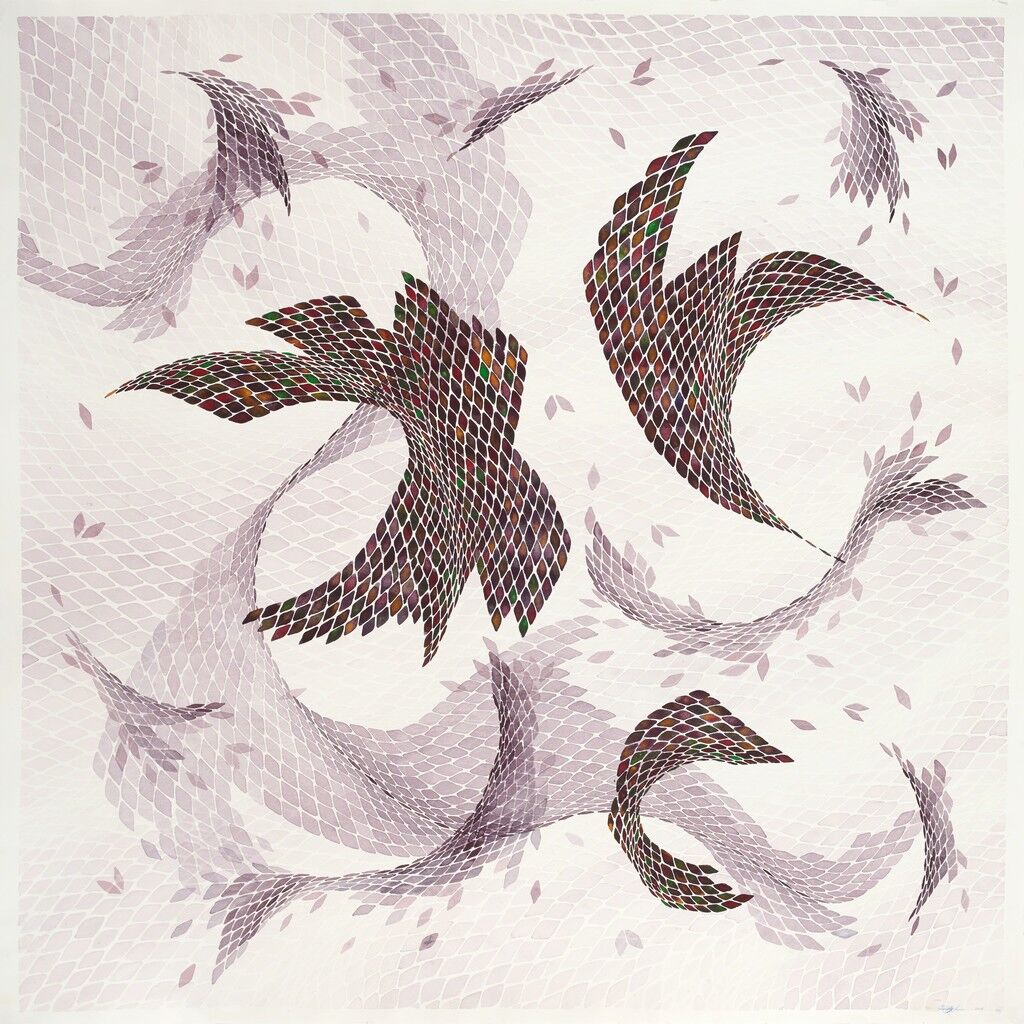 Timothy Hyunsoo Lee
Composition III, 2014
Sabrina Amrani
Advertisement
Galeri Nev was among 13 participating Turkish galleries (out of 87 in total) and this is one area where AI differs from its counterpart, the decade-old Contemporary Istanbul (CI), held in November and heavy on traditional and modern Turkish art. “The Turks like CI; it’s all glitz, glamour, see-and-be-seen, and a bit of ‘she bought that? I’ll buy one too,’” commented one Turkish dealer. Still, 34,328 visitors made their way to the three-day AI—a figure up from 22,000 last year, perhaps largely attributed to the biennial, for which the fair cut its run short. While the majority of visitors and collectors at the fair were Turks, the fair brought in a reported $30.2 million in sales.
Among the partaking freshmen was Madrid’s Sabrina Amrani, which, in its short history of fair participation, has maintained a high level of curatorial oversight. For AI, its dominating theme was signs and language across a roster of artists from the Middle East and North Africa. The gallery sold a work by
Nicène Kossentini
to a Turkish buyer and an edition by the Tunisian artist was on reserve by a British institution. Parts of the fair did give rise to the feeling that one had arrived in Spain thanks to a large, somewhat overlooked smattering of galleries from the country. (The Catalan government had apparently supported their participation.) 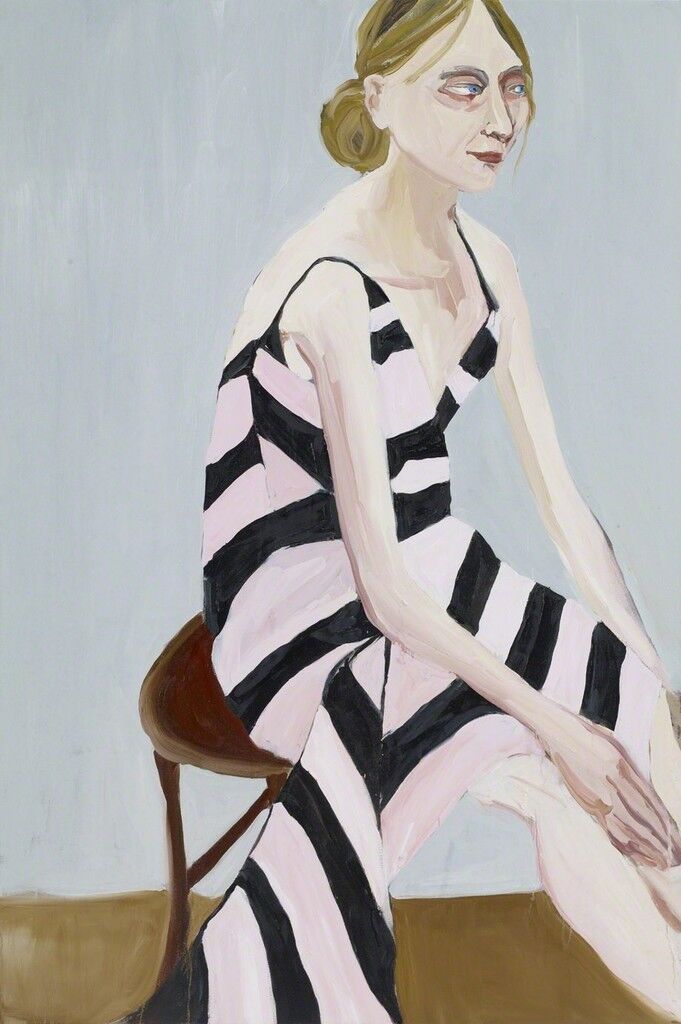 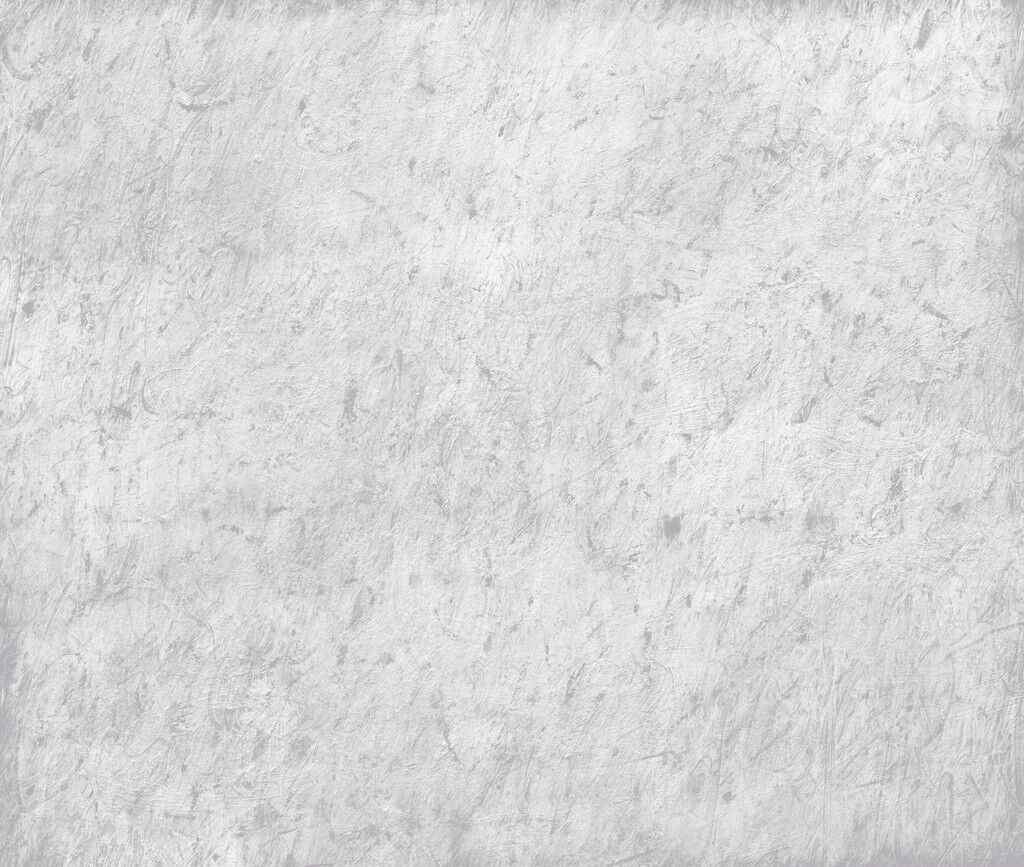 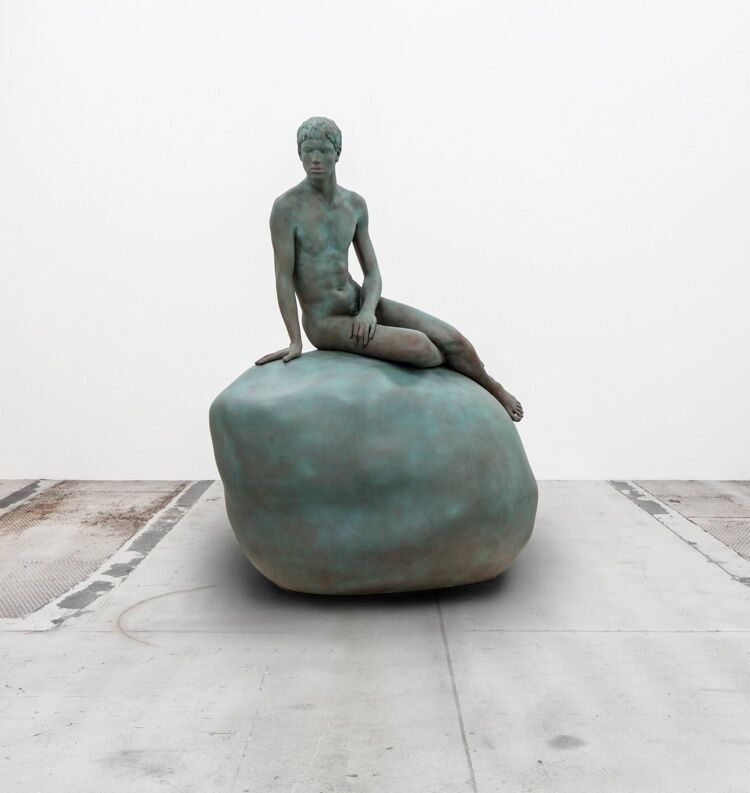 Elmgreen & Dragset
He (Copper Green), 2013
Victoria Miro
Another first-time participant was the blue-chip space Victoria Miro, which showed work by
Idris Khan
,
Yayoi Kusama
,
Chantal Joffe
, and Turner Prize nominees
Isaac Julien
and
Grayson Perry
. The large booth comprised a hodgepodge of works priced from as low as £10,000 to undisclosed six-figure sums. “We were trying to show work which illustrated the breadth of the gallery’s program,” said Victoria Miro’s co-director Glenn Scott Wright. “We would happily have shown this stand at Art Basel.” The London space did well with sales. “Day One was excellent,” said Scott Wright. 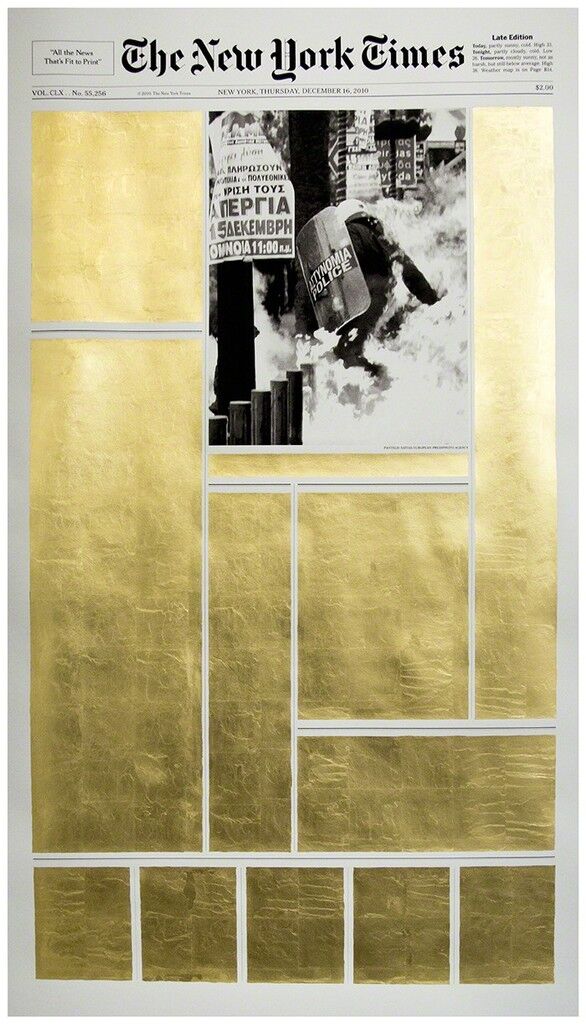 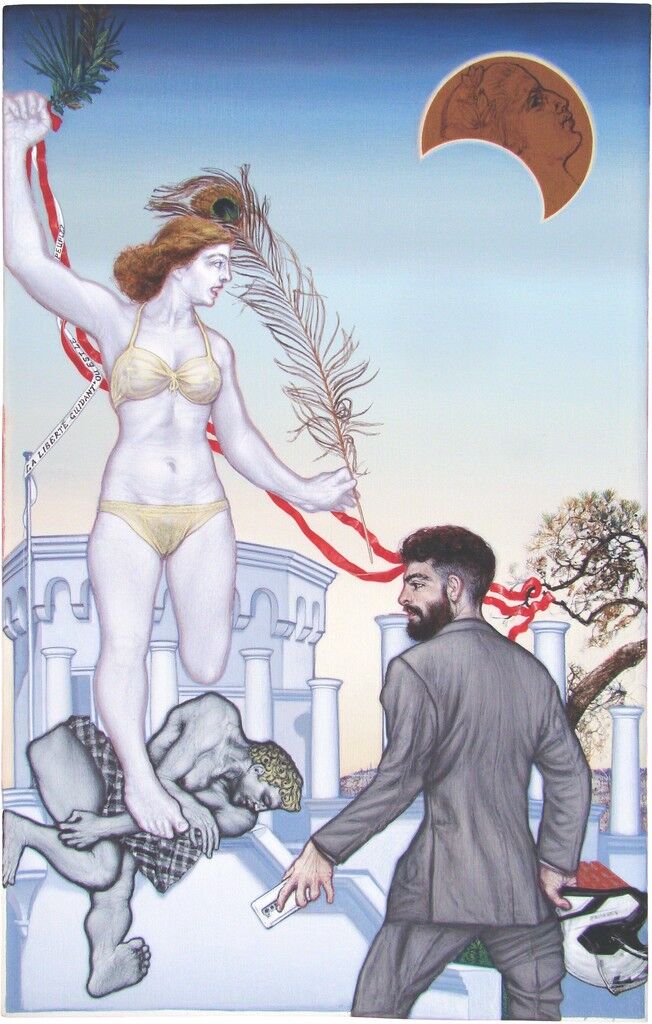 Emmanouil Bitsakis
La Liberte Guidant le Peuple, 2015
Kalfayan Galleries
Edouard Malingue Gallery was happy too. The Hong Kong space’s sophomore participation was perhaps more lucrative than its first last year. It sold works to Turkish collectors new to the gallery and one stunning
Eric Baudart
piece, Concav (2015)—spray-painted posters, priced at €36,000—to a Chinese institution. “The mood is upbeat and relaxed,” said the gallery’s Jennifer Caroline Ellis, a sentiment echoed by founder of Greece’s Kalfayan Galleries Roupen Kalfayan, who sold several works by his predominantly Greek roster of artists, despite some challenges with customs processes in Turkey. “It’s a logistical nightmare,” he says. London’s Margherita Berloni, who had not sold anything by the fair’s second day, felt the same. She boasted an attractive booth, which led many, including a prominent London collector, to assume that works by
Kamal Boullata
and
Carl Randall
were those of
Bridget Riley
and
Marlene Dumas
, respectively.
Though the Contemporary Turkish art scene has witnessed an upsurge in recent years, the general perception is that Turks buy Turkish art or blue-chip names. This edition of AI began to prove this theory wrong. “In the last few years, we have noticed increasing numbers of local collectors collecting international art, often from emergent rather than established artists,” said Nusseibeh. Fostering that nascent interest will take time, an augmented program, and, most importantly, an increased focus by both the fair and its galleries on promoting the discovery of new artists.
—Myrna Ayad
Explore Art International on Artsy.
Related Stories