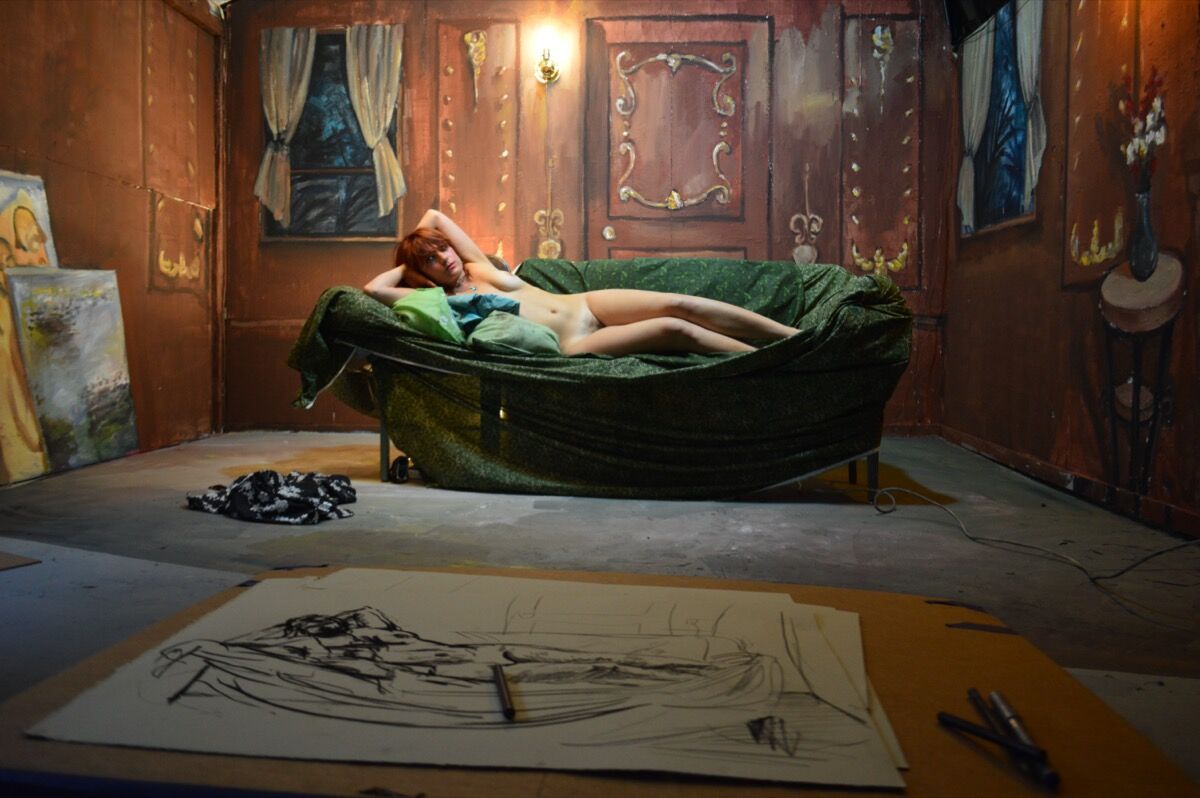 Chilean-American artist
Claudia Bitran
was still fresh out of grad school when she embarked on her magnum opus—a shot-for-shot remake of James Cameron’s classic 1997 film Titanic. Relative to the sisyphean task at hand, her total lack of filmmaking experience was practically incidental. “When you have an idea like that, that’s so trapped, it explodes everywhere when you have the chance to do it,” she said.
After spending a year waiting tables in New York City, Bitran’s chance to finally pursue her Titanic remake came when she was accepted to a residency program at the Skowhegan School of Painting and Sculpture in Maine. There, residency life offered her ample grounds to implement her outsized vision, which has only expanded since. Today, Bitran’s film continues to doggedly take shape—most recently at Brooklyn’s Pioneer Works, where Bitran was briefly a 2020 artist in residence before COVID-19 cut the program short; the residency is expected to resume in 2021. 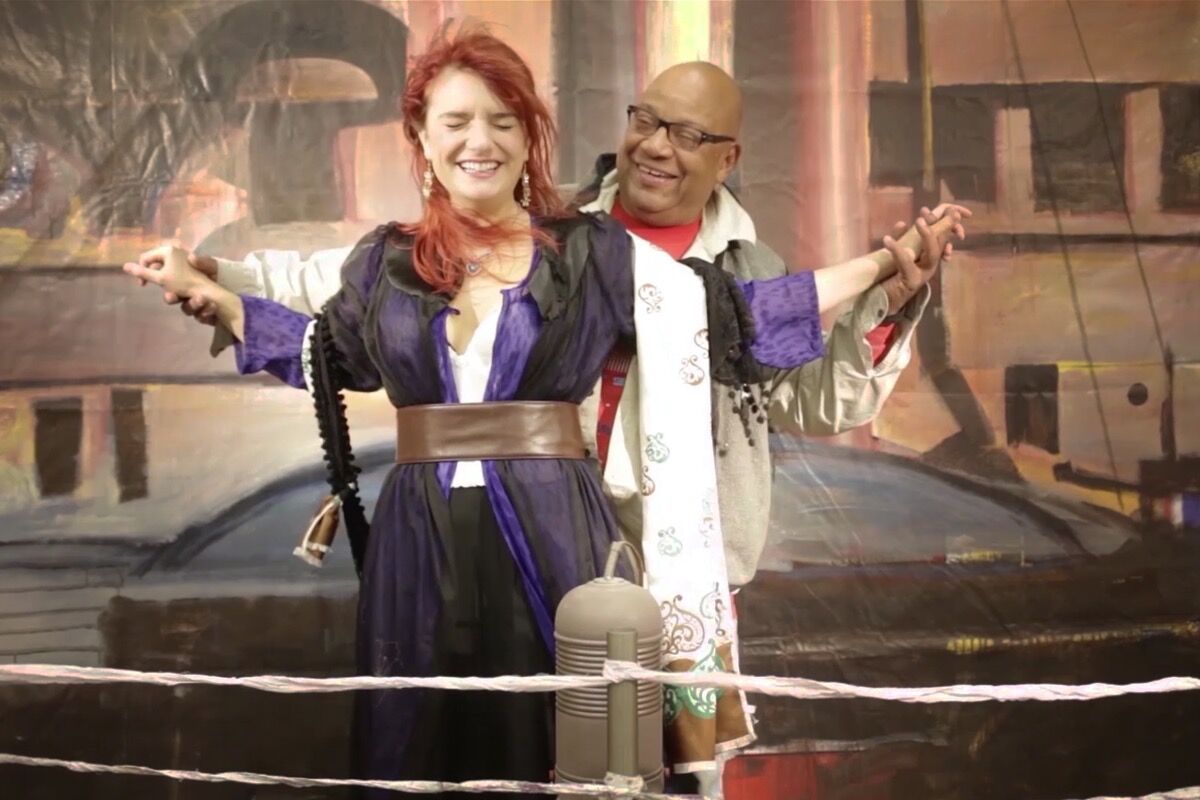 The seeds of inspiration for this project were planted long ago and on a distant shore: Bitran originally came up with the idea when she watched Titanic for the first time in the late ’90s in Chile. To date, she estimates that she’s watched Cameron’s juggernaut melodrama over 800 times. By 2014, when her remake officially got underway, what began as a genuine childhood thrall had evolved into a more critical stance. “I think that remaking something like Titanic is not innocent,” Bitran said. “It imitates how industries work: the art industry, the film industry, the economy [as a whole]. And how fast they [all] want to evolve.”
For Bitran, the DIY production of her remake is entirely part of the piece—its exuberant juggling act subverts the glossy innovation of a blockbuster hit like Titanic. “I’ve always been obsessed with capitalism and Fordism—line production,” said Bitran. “I wanted to emulate, and criticize, in a way, the quickness and ambitiousness of the economy in general.” While the budget for the original Titanic was a whopping $200 million, Bitran’s version, by contrast, stays afloat largely thanks to sporadic grants and personal favors: “I don’t have any money, so I just have to adapt to whatever is around me.” Advertisement
The challenges of such ad hoc methods are apparent in the film’s ever-evolving visuals. Set pieces like an Olympic-sized pool—furnished by the University of Michigan, where Bitran was a visiting artist for a time—are juxtaposed by claymation or sound-only sequences. Most characters are gender- and age-fluid: 35 people have played Jack, while the titular ship has been represented 15 different ways, from drawing to sculpture to public installation. Rose, on the other hand, is always portrayed by Bitran, while first-class passengers (e.g., the grandiloquent Molly Brown, originally played by Kathy Bates) are a semi-constant, usually appearing in 2D. Despite their provisional nature, the materials used in each scene are still wholly intentional and in correspondence with what Bitran wants to say about each shot. “These are material decisions that fuel the message, even subliminally,” she said.
Bitran’s pop-cultural obsessions are not limited to Titanic. Having relocated to Santiago, Chile, from Boston at the age of eight, she possesses a kind of lurid, innate fascination with all aspects of American pop culture. By the time Titanic was released in Chile in 1998, American pop was at its shiniest and in full force. Along with Jack and Rose’s tragic saga, Bitran was also deeply entranced by the bubblegum pop of Britney Spears. “I was starting puberty and was bursting with hormones when these two things came,” she said. “They kind of traumatized me…not in a bad way, but they struck me so much, because I was so open [to them]. I was a Britney fan from day one, but there was a strange, fucked-up security [in that feeling of] growing up with her.” 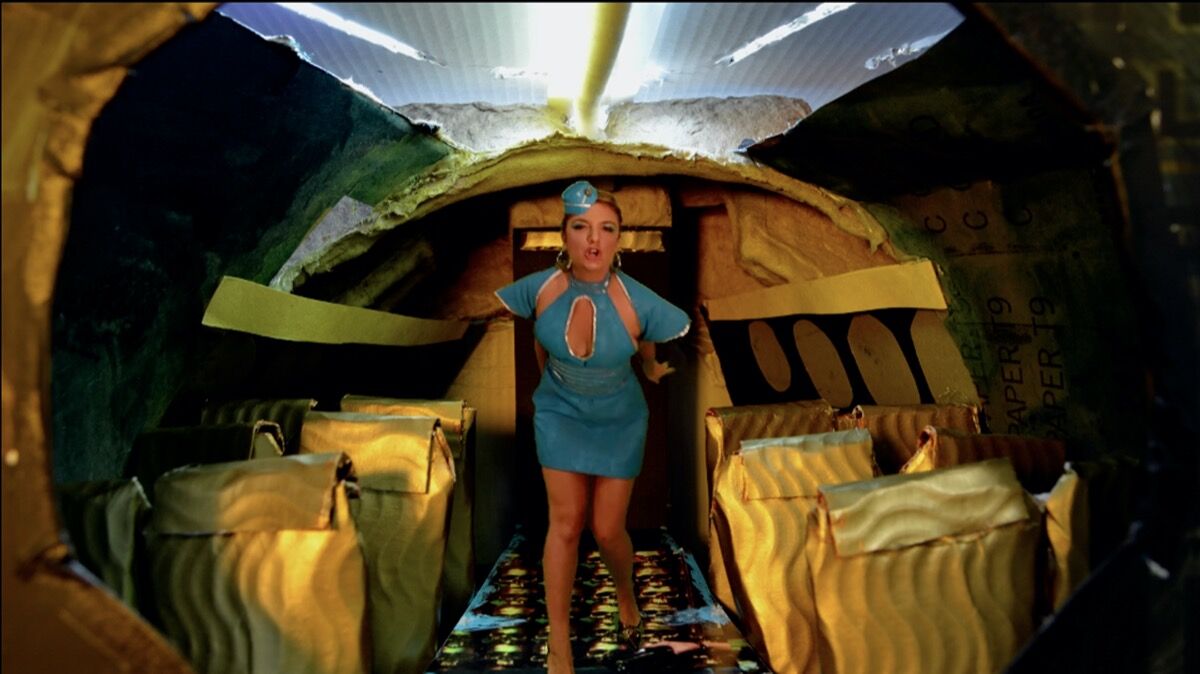 Indeed, before the Titanic remake, Bitran’s first act of larger-than-life pop-cultural appropriation hinged on Spears. In 2011, before heading off to the Rhode Island School of Design, Bitran competed as the pop star on Mi Nombre Es, a Chilean reality competition show. “There was a Michael Jackson, a Justin Bieber, an Amy Winehouse, a Ricky Martin, and a Britney—that was me,” she recalled. “[It was] live TV, and the audience would vote, like American Idol. I was kicked out by the Beatles.”
Having already impersonated Spears on TV, Bitran went on to remake some of the singer’s best-known music videos, which she looped together as a long-form video installation in 2012. “That was my first piece that I think was self-aware and critical, but also celebratory,” Bitran said. 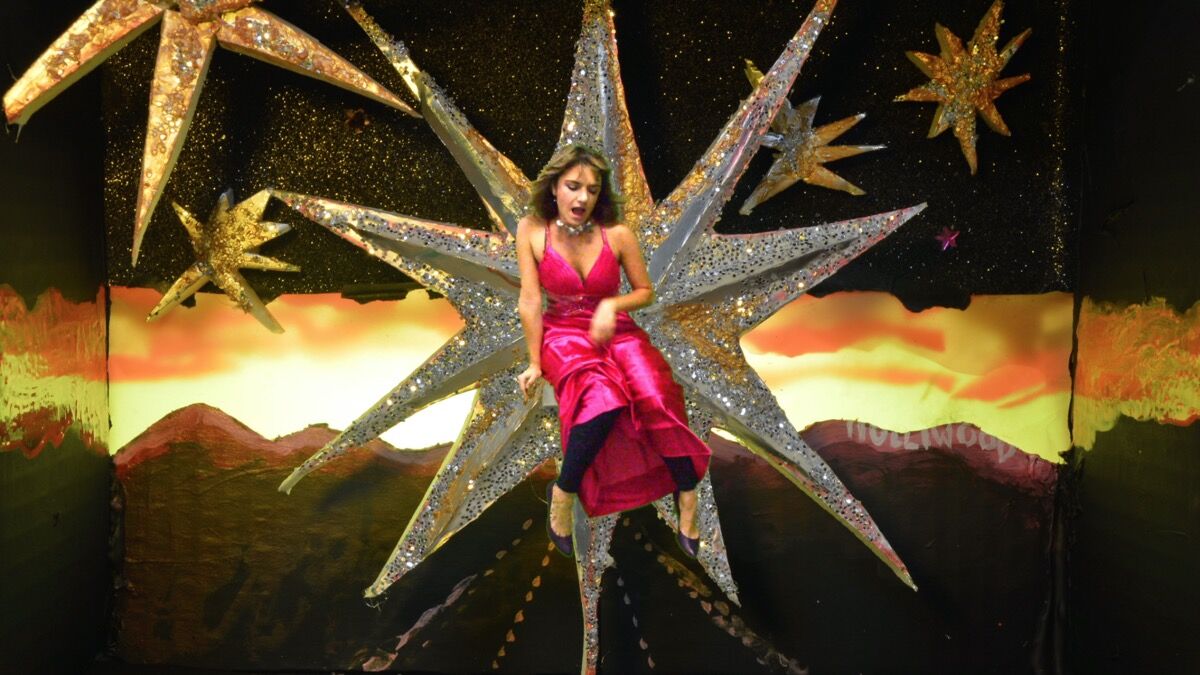 Though her performances are the more attention-grabbing part of her unique practice, Bitran insists that drawing and painting are still at the core of her artmaking. In addition to tentative plans to exhibit Titanic (2014–present) at Pioneer Works, Bitran has an upcoming painting-focused show solo at Munich’s Walter Storms Galerie, centering on her “Fallen” series. The paintings in this series, as well as the stop-motion-like animations that Bitran creates from them, center on the drunk-teen subgenre of online videos. “I obsess over these videos.…They’re on all the platforms—TikTok, Instagram, Vine,” she said. “It’s terrible; you can see that [the teens] are actually getting really hurt.”
However unsavory the source material, the paintings and accompanying animations are merciful: Bitran, part voyeur, part good samaritan, recasts the drunken teens’ pratfalls as solemn choreographies. As with any Bitran production, the layers in these works are multiple. “It’s people that are falling, so it’s not too far off from Britney or Titanic [in terms of] things that are big that fail,” said Bitran. Though it may be too late for Britney or Titanic to rise up to their former glory, one can’t help but imagine the young indisposed muses in Bitran’s paintings sleeping off the day’s indiscretions and rising once again. By placing herself within these pop-cultural moments, Bitran manages to ground these Icarus-like objects of fascination, exposing their flaws, their absurdity, and ultimately, their humanity.
Samuel Anderson
Related Stories