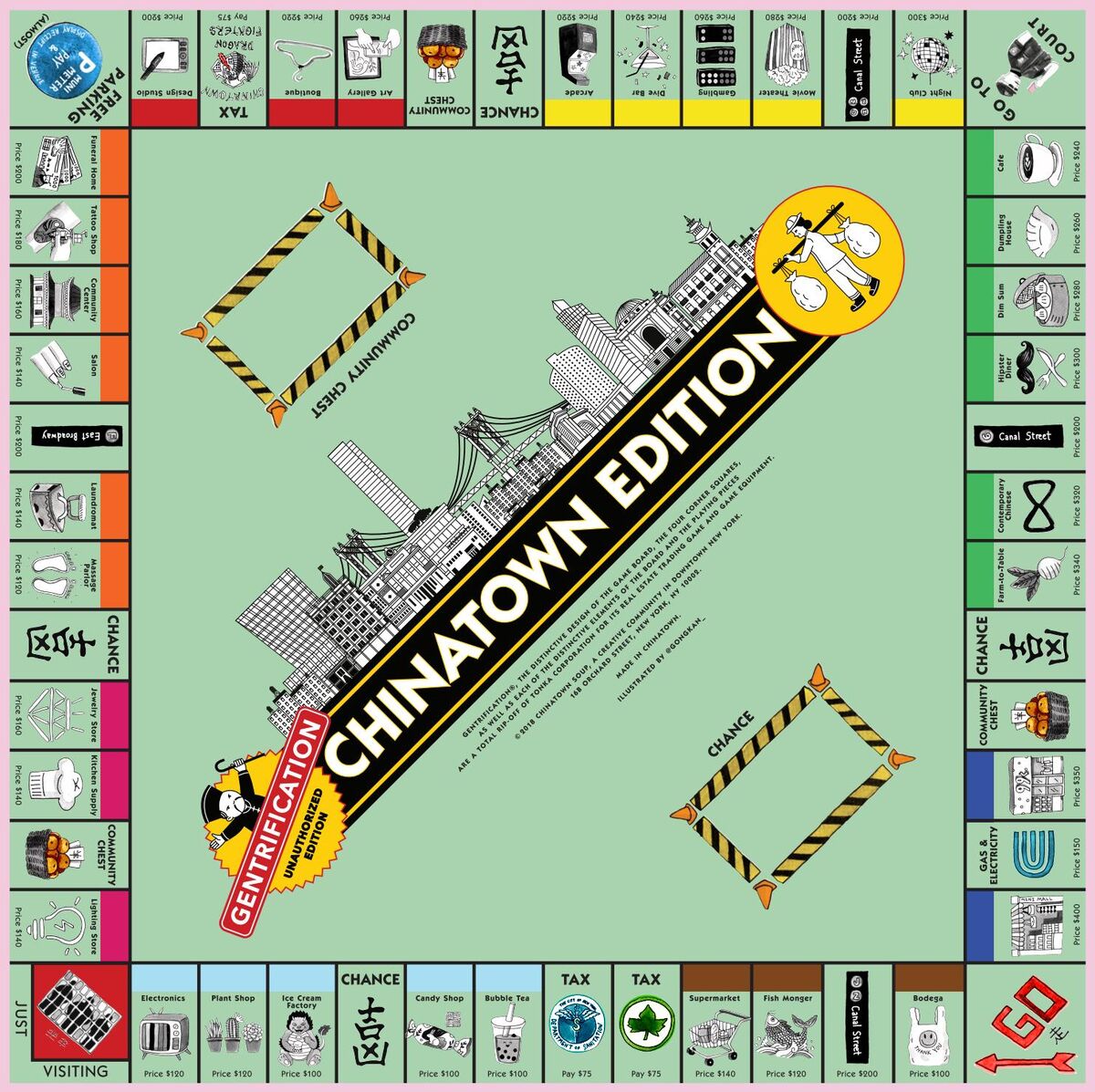 New York City is commonly referred to as a melting pot of cultures, but in actuality, its residents are frequently divided. Despite culturally diverse communities existing in close proximity, tensions between tenants and landlords, and communities and developers, are ever-growing. As rent in one area of the city increases, residents are forced to move into other cheaper areas of the city––until rent goes up there, too. This process—in which rent hikes, development, and zoning dramatically alter a neighborhood—is commonly referred to as “gentrification.”
So why do people choose to stay in a city full of tense residents, uncomfortable living conditions, and outrageous rent hikes? That answer could be found through a surprising source, an artist collective’s new version of a classic board game: Monopoly.
Since New York City native Michelle Marie Esteva founded the collective Chinatown Soup in 2014, its Chinatown space has been a hub for artistry, activism, and community-building. The collective operates with wide-ranging missions, but recently, Esteva decided to focus on one in particular: “Respond to gentrification.” This statement may seem daunting, but for Esteva, one of the most pertinent ways to tackle gentrification is to educate others on what the process actually looks like. That’s why she, along with fellow Chinatown Soup members, set out to create Monopoly: Chinatown Edition. “Money helps you move around [New York], but the Monopoly men don’t define New York,” Esteva told Artsy. “No matter how expensive rent gets, there’s a reason people want to struggle in this city. Soup’s Monopoly asks why.” 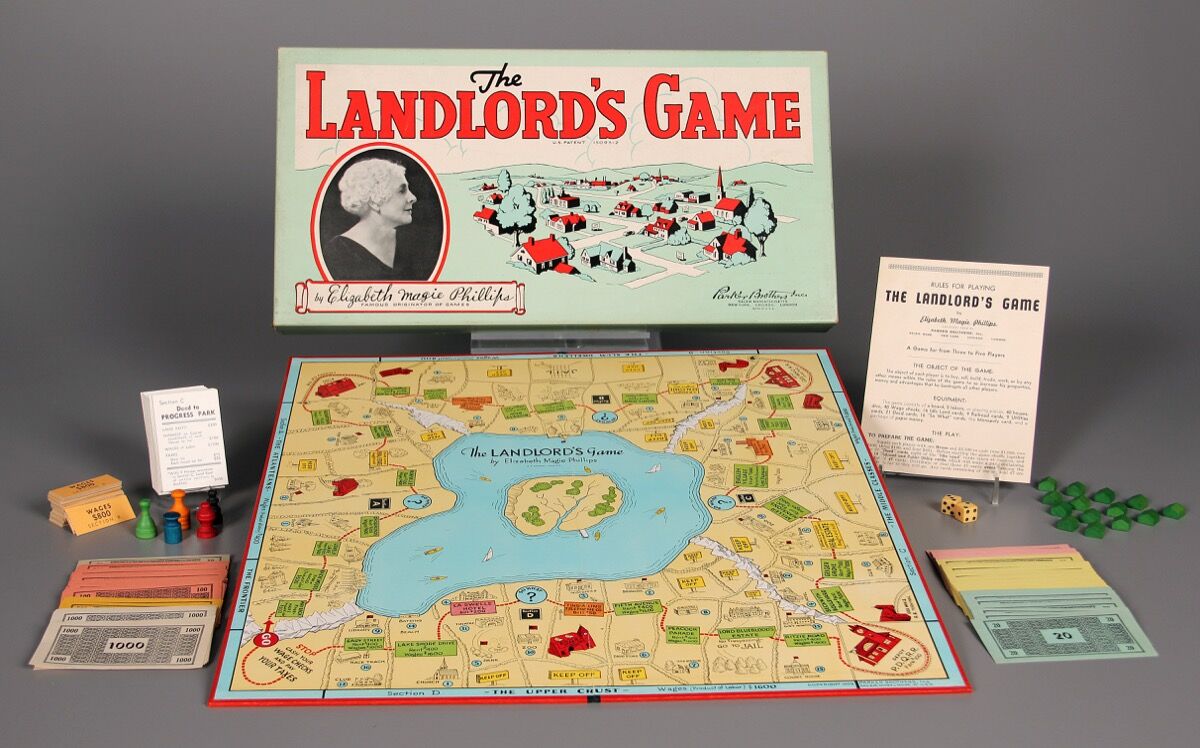 Elizabeth Magie Phillips, The Landlord’s Game, 1904. Manufactured by the Parker Brothers. © The Strong. Courtesy of The Strong, Rochester, New York.

On the surface, Monopoly is a classic pastime for children and adults, but beyond the colorful board, rainbow-hued bills, and shiny tokens, is an educational tool for learning the ins and outs of property trading. The original version, titled “The Landlord’s Game,” was created by inventor Elizabeth Magie soon after the turn of the 20th century. She was a strong believer in the idea of single tax––that the rent of land should be shared among society––and thought “a game touching the principles of the single tax” would be a laudable entertainment. Shortly after Magie finished fabricating the rules and board––which featured the first continuous playing design––she applied for a patent in 1903. When her request was accepted, she became the first person in American history to patent a board game.
But for the next 30 years, Magie’s versions of the game failed to take off with the general public. As the Great Depression neared, families did not want to play a game that focused on landlords, tax, and property when those were the stressors they wanted to escape from in the first place. Instead of gaining widespread fandom, Magie’s game became a cult favorite among academics and Quakers, until one player, Charles Darrow, a former heater salesman from Pennsylvania, fell in love with the game.

6 Images
View Slideshow
Advertisement
After Darrow lost his job following the stock market crash in 1929, he dedicated his time to designing an updated version. In the beginning, he and his family made copies out of oilcloth and paint, but in 1934, he had the game printed on cardboard and began selling copies to department stores. When Parker Brothers noticed Darrow’s growing success, they decided to take a chance on the rather intellectual board game and buy it from Darrow in 1935; within 18 months, over 2 million copies were sold, making the company a fortune and Monopoly a cornerstone of American board games.
Since the game burst into the mainstream, all kinds of Monopoly boards have been published; there’s a “national parks” edition for nature aficionados; an “electronic banking edition,” where each player receives a debit card instead of cash; and tons of pop culture–themed boards have popped up, like Monopoly: Game of Thrones and Monopoly: Bob’s Burgers. Even McDonalds has its own version: For a few months every year, Monopoly graphics grace the fast food chain’s products, giving customers an opportunity to win real-life prizes. As one April 1935 advertisement for Monopoly states: “Excitement runs high when such familiar problems are encountered.” This is the magic behind every version of Monopoly: When people play the game, they are given space to encounter everyday problems in a new way that doesn’t affect their actual lives. 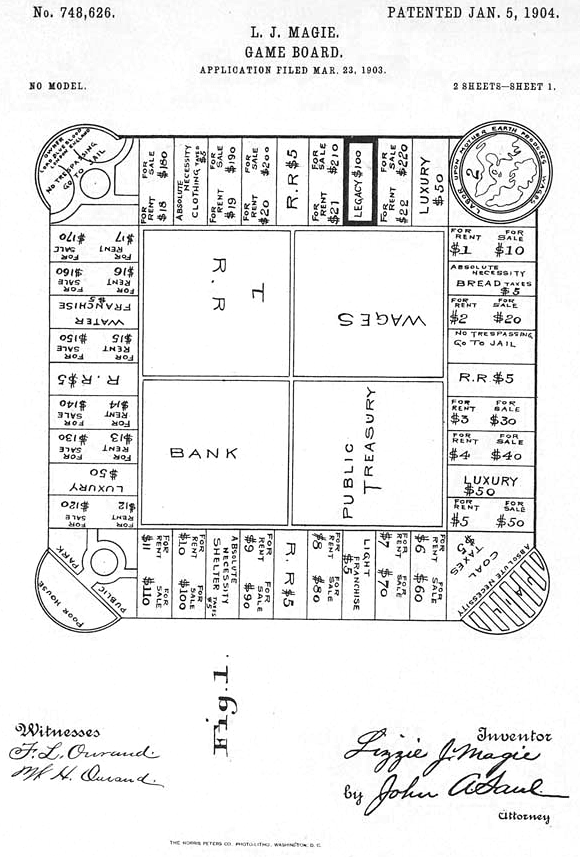 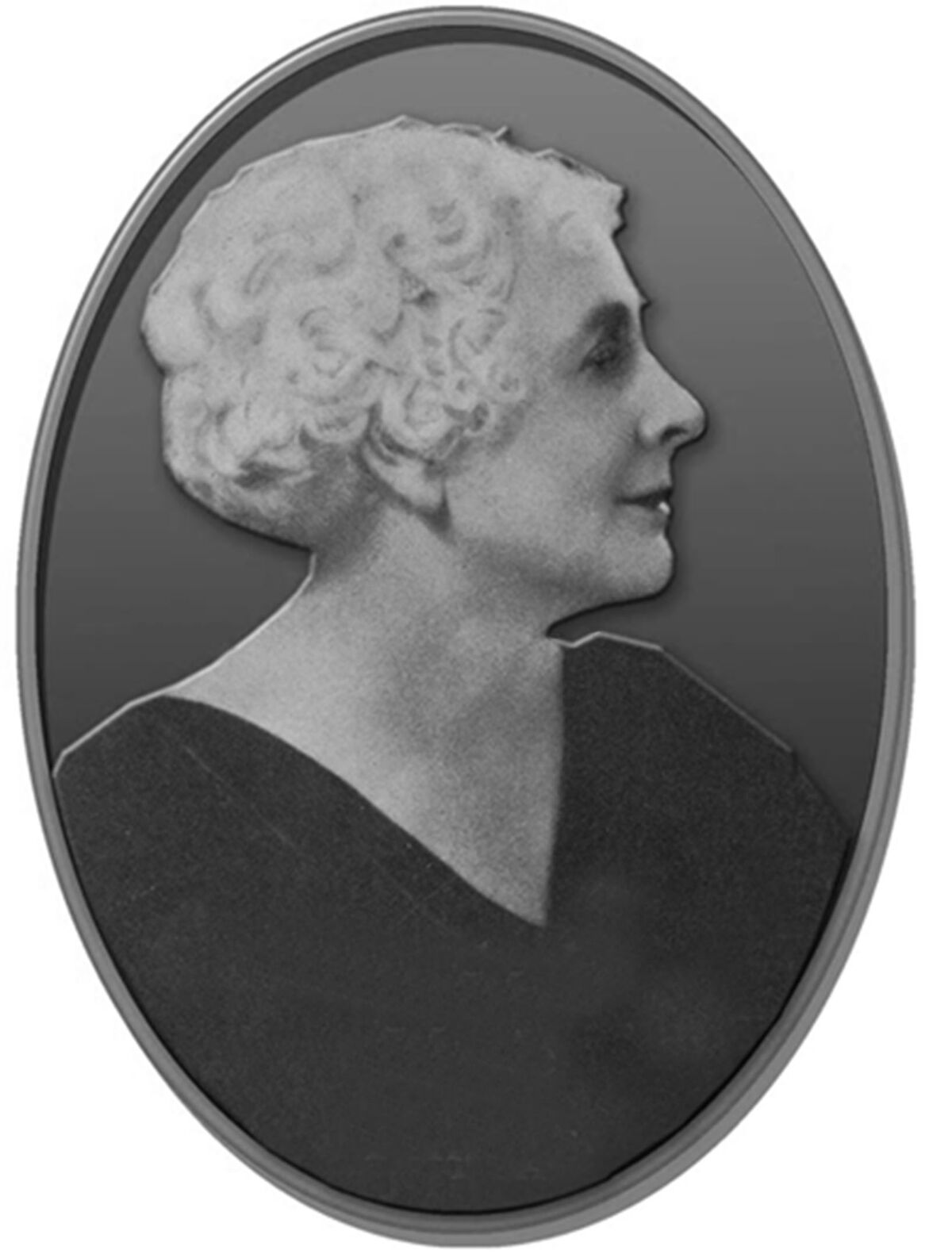 But it was the game’s ability to educate players on the highlights and pitfalls of capitalism that appealed to Chinatown Soup, and inspired the new version, where the game’s themes are especially familiar to residents of the neighborhood from which the collective takes its name. Instead of Monopoly’s classic “Chance” cards such as “Get out of jail free,” Soup’s version features updated cards based on contemporary, real-life experiences. One “Community Chest” card reads: “Convert a tenement building into a condo, donate $200 to the Community Center for displacing the elderly.” Another Chance card states: “Yelp review spread rumors of rat poison contamination at local establishments; all restaurant owners cannot accept money for two rounds.”
One of the most radical alterations the collective made was to the game’s ending. In the classic version of Monopoly, there are typically two ways to end the game: It continues until everyone except one player has gone bankrupt, or a timer is set, and whoever has the most money and real estate at the end wins. In Chinatown Soup’s version, they propose an alternate ending: “Before starting, agree upon a definite hour of termination. Review all players’ portfolios when time is called, and vote on whether or not you would elect to live in the neighborhood you have created.” Soup’s ending doesn’t award the player with the most monetary capital; instead, it prizes the player that purposefully develops an area while keeping its residents in mind.
Chinatown Soup’s new ending presents a powerful education on the wealth of community—a sentiment Esteva and the collective believe is at the core of many struggling New Yorkers’ decision to stay in the city. As Esteva explained: “‘Cities are for people’ is the most simple truth I’ve accepted about living in one.”
Eli Hill
Related Stories