Why the Artist behind Disney’s “Bambi” Still Influences Animators Today 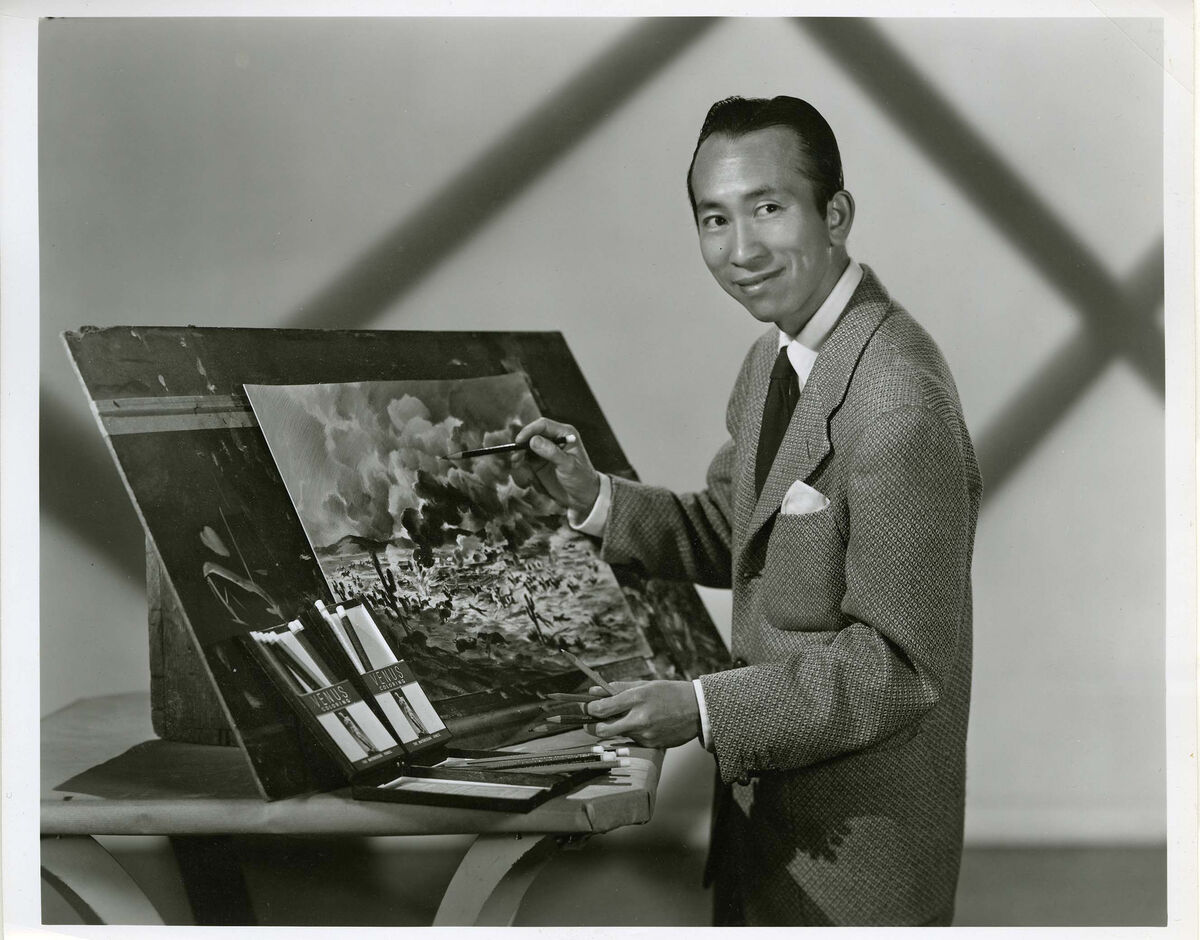 Portrait of Tyrus Wong. Courtesy of the Tyrus Wong family and PBS.

Critics were skeptical of Bambi when it was first released in 1942—what was the point, they wondered, of a cartoon that ignored fantasy in favor of naturalistic forest landscapes?
Yet they were certainly enchanted by its artful scenery. “In colors that would surprise even the spectrum itself,” the New York Times opined, “Disney's cartoon craftsmen have re-created a woodland that shimmers and glows and darkens altogether magically.” Variety praised the film as “gem-like,” noting that the “glow and texture of the Disney brush reach new heights, especially in the treatment of a summer thunderstorm and a raging snowstorm.”
The man behind that brush was Chinese-American artist Tyrus Wong, who died last year at the age of 106. For years, his key role in the look of this enduring film was underplayed, even forgotten, by those outside the Disney animation studios. 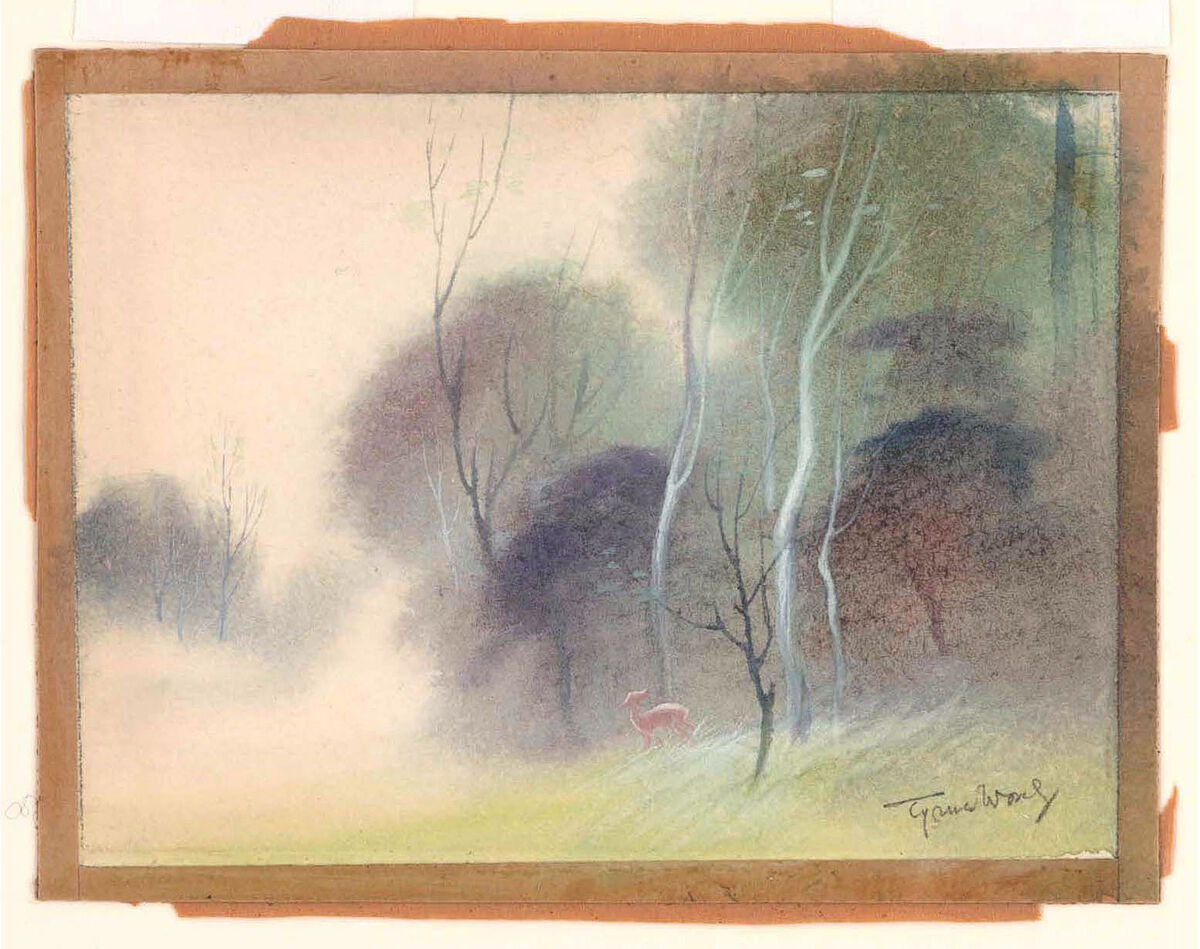 Filmmaker Pamela Tom, whose 2015 documentary Tyrus airs this Friday on PBS’s “American Masters,” said she first heard Wong’s name mentioned in the 1990s. Chinese herself, Tom was immediately intrigued. She soon discovered that the artist, born in a farming village in Guangdong Province, had immigrated to California with his father at age nine. Schoolwork never came easily to the young Wong, who ignored arithmetic in favor of inventive sketches and collages of family snapshots. Unsurprisingly, he left junior high to enroll at Los Angeles’s Otis Art Institute where he studied for at least five years.
Wong graduated in the 1930s, at the height of the Depression. He struggled to get steady work, painting murals for the Works Progress Administration and waiting tables at a Los Angeles Chinatown restaurant. His fine art did receive a measure of renown alongside several other  Asian-American artists, a group that critics labeled the “California Orientalists.” Their works combined influences from their home countries with elements of Western modernism they’d gleaned from their American art school educations—a hybrid style that would be reflected in Wong’s aesthetic throughout the years.
But the advent of World War II tore the likeminded group apart, as members with Japanese ancestry were forced into internment camps. And Wong himself married in 1937. “He loved making fine art, but it was so hard to make a living,” says Tom. “He said he was always hungry, always wondering where the next meal would come from.” 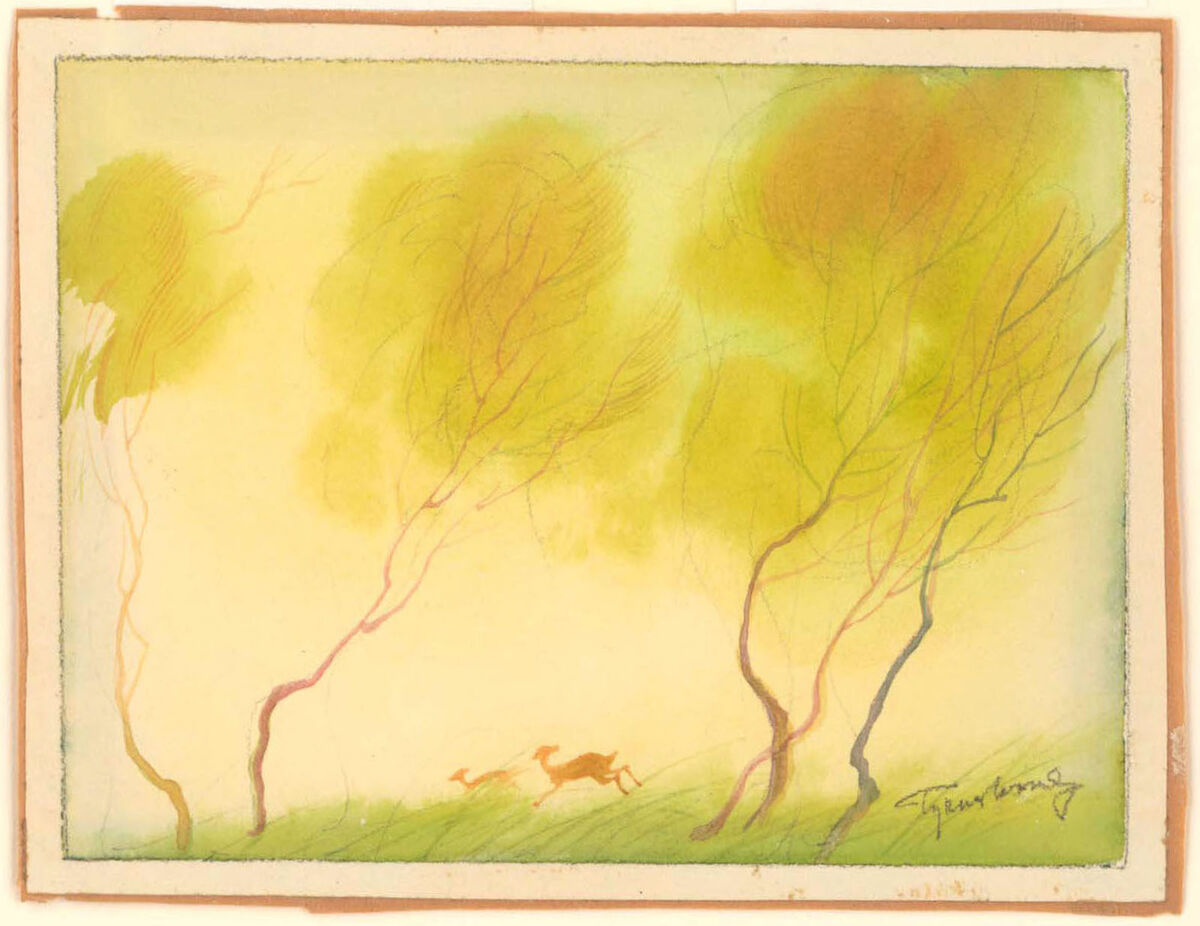 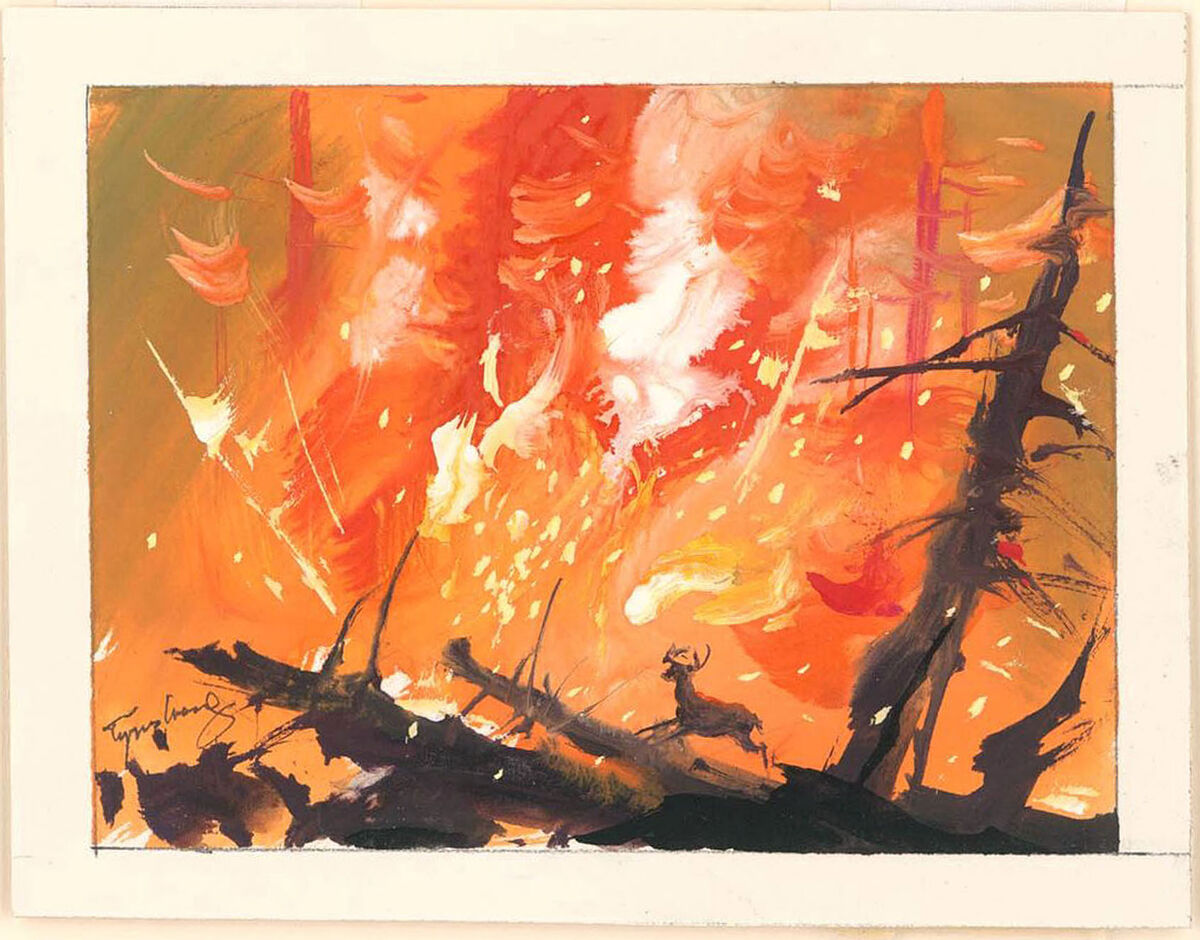 Advertisement
Financial relief came in the form of a gig at Walt Disney Studios. For a few months in 1938, Wong worked as an “in-betweener,” drawing the series of sketches that would take a character from one pose to the next. It was boring, tedious work, and he was soon exhausted. When he heard that the studio was working on a story about the deer, Bambi, and that it would involve landscapes, his ears perked up. “I said: ‘Gee, this is all outdoor scenery [and] I’m a landscape painter. This will be great,’” he later recalled.
So he produced a series of drawings and watercolors, which he presented first to the film’s art director, then to Walt Disney himself. The boss was immediately taken by Wong’s atmospheric, impressionistic style. Unlike Snow White, where the backgrounds were complicated and detail-laden, Wong’s style was characterized by simplicity, saying more with less. That was necessary to foreground the animal characters of Bambi and his bunny sidekick Thumper.
Wong's concept art was adopted wholesale into the finished film, a rarity among Disney's animated features. “There were very few films where the entire look was keyed so singularly by one artist,” says Tom, noting one of a handful of other cases:
Eyvind Earle
’s work on Sleeping Beauty. 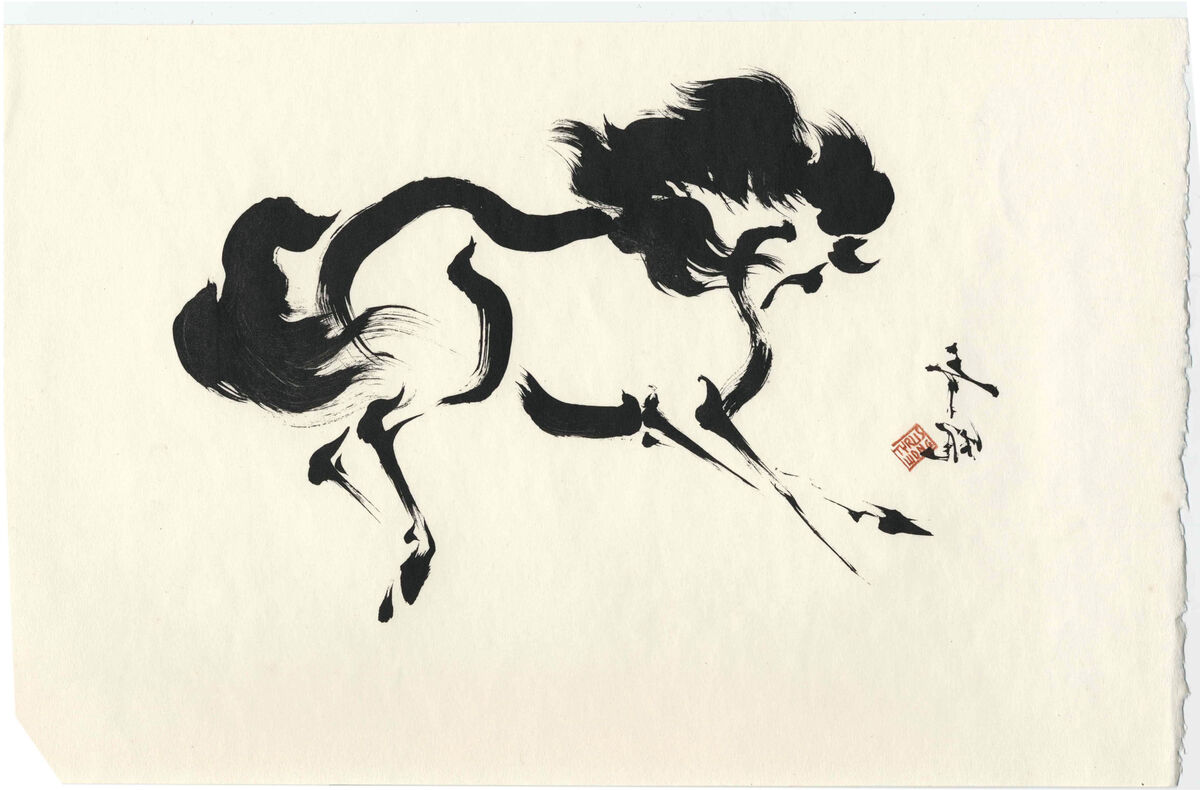 Although Wong had moved quickly up the ranks, the path wasn’t smooth. Being an artist was a rare job for a Chinese-American person in California at the time—Wong’s peers would more commonly be found operating laundries or serving as houseboys. And the animation rooms at Disney were notoriously discriminatory (women were bluntly refused jobs, Tom notes). Wong was the first and only Asian-American artist in the animator’s room during his tenure, says Tom.
And then, on the heels of a massive Disney strike in 1941, Wong was let go. It’s not clear precisely why, says Tom—although Wong didn’t walk out, downsizing was also the result of a series of box-office failures and the resulting financial difficulties. He managed to find another job with Warner Bros., where he worked in the studio’s art department for over two decades. He made concept sketches and storyboards for films including The Music Man (1962), Rebel Without a Cause (1955), Sands of Iwo Jima (1949), and The Wild Bunch (1969). He even sketched out scenes from an unrealized musical influenced by
Salvador Dalí
, compositions that feature mannequins suspended in a moonlit desert landscape.
Throughout, Wong continued to make fine art and show intermittently. But by the time he retired in 1968, Wong later recalled, he was “painted out.” 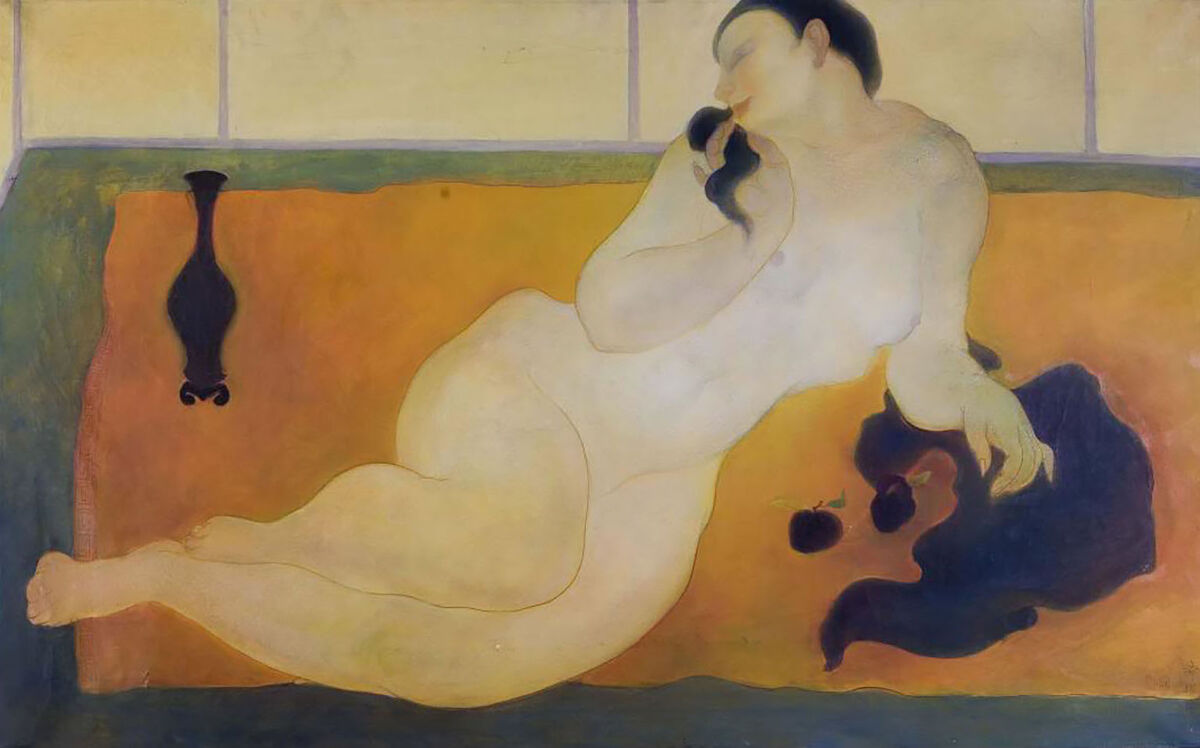 Today, a small selection of Wong’s prodigious output hangs on the walls of the Disney studios. Ralph Eggleston, production designer for Finding Nemo (2003), recalls lining his cubicle with the older artist’s sketches and paintings for inspiration. Artists who have worked on other classics, including Aladdin (1992) and The Little Mermaid (1989), have named Wong as a significant influence—despite his relatively brief time at the studio.
“For that one contribution,” said Lilo & Stitch (2002) production designer Paul Felix, “he is legendary.”
—Abigail Cain

A previous version of this article stated that only a single person at Disney was willing to get lunch with Wong when he was an employee there. This actually occurred early in his career at Warner Bros.
Related Stories