The Artist Duo Whose Land Art Is Rejuvenating the Environment 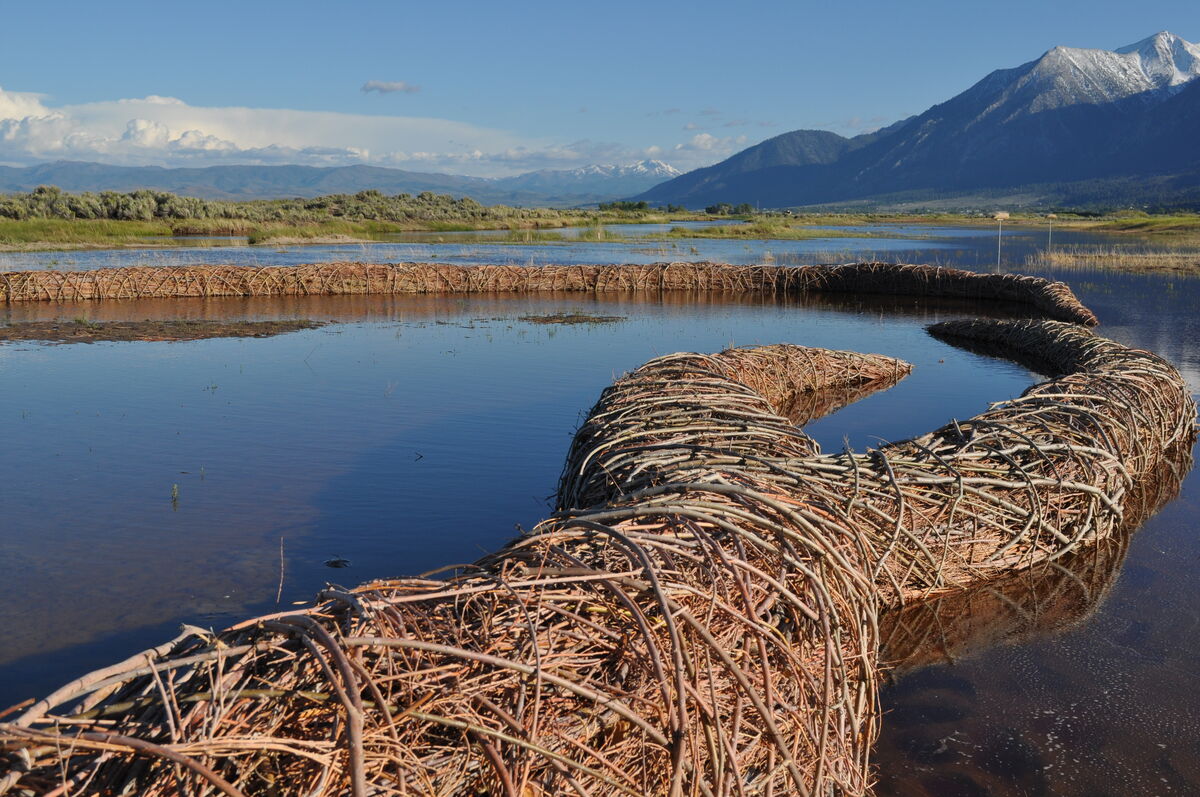 A turtle basks in the sun atop a braid of willow branches winding through a watershed in Nevada––all thanks to an artwork. Just months before this moment, that same floodplain was deplete of a diverse wildlife and healthy ecosystem, until two environmental artists took up the area as the site for their next installation.
Artists Mary O’Brien and Daniel McCormick––a duo who have been partners in life as well as artistic collaborators for the last 30 years—create living sculptures that not only draw inspiration from landscapes, but use their natural materials to rejuvenate the environment.
To create River Fork Ranch Flood Plain (2014), the artists teamed up with hundreds of volunteers to harvest willow branches from the site, tie them into “willow wattles,” and place them inside of a 360-foot-long armature made of stakes. The result is a sinuous and majestic sculpture that anchors soil, prevents erosion, enhances water quality, and introduces a home for the aforementioned turtle (incidentally, the first animal the pair saw using the sculpture). The work is one of five created by O’Brien and McCormick for their “Nevada Rivers Project,” which is entirely crafted out of materials found on-site in three Nevada watersheds. This mix of art and science is a fundamental aspect of their projects, which blend aesthetic pleasures for the viewer with tangible remedies for the environment. “We look at these works as activating the site,” O’Brien says. “Rather than something that is just placed on the land, it’s working to give advantage to systems in nature.”
“The combination of art and science is really the salvation of the environment. I don’t think you can do it without both, everything has to work together,” she adds.
Around 200 miles west of the snaking willow installation is the site of the artists’ current project: the San Francisco Bay. Here, the artists are working with the San Francisco Bay Native Oyster Working Group to create sculptures that serve as a home for native oysters and help to re-establish reefs in the bay. As with the willow-branch project, the artists are only using materials that can be found on-site. In this case, it’s the silt and clay mixture that has been flowing through (and clogging up) the bay since it was created by the hydraulic mining of the California Gold Rush some 150 years ago. Now, the artists are transforming the material into a remedial tool by sculpting and firing the clay into roughly two-foot-tall cones, which provide a stimulus for oyster production.
“Oysters are prestigious bed makers,” O’Brien explains. “Larvae take our reef sculptures and attach to them to make oysters. Then when they die, more oysters are made, and then more oysters.”
As more oysters populate the sculpture, they knit together a large oyster bed, which acts as a bumper for the waves and surf. “They sort of break everything up and dissipate the energy before it hits the shore,” says McCormick, “and too much force on the shore wears the shore away and wipes out the wetlands.” 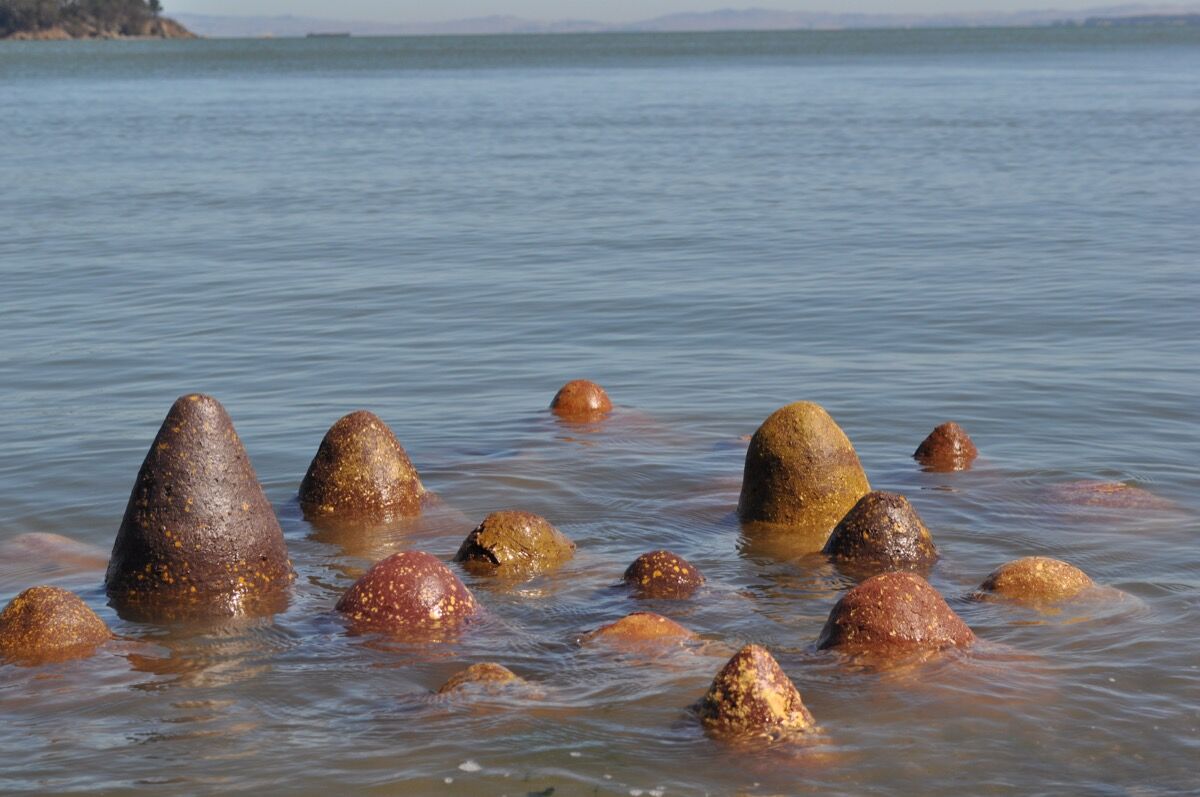 Advertisement
While commercial clay has many additives to promote elasticity and strength, natural clay is made of comparatively flimsy materials. But it is of utmost importance to the artists that they work only with what is found in nature, despite the challenges. “What we take out of the bay, we put back in the bay,” as O’Brien puts it. Over time, this project, like many of the artists’ works, will gradually change, merging with its site. But even as nature takes over and alters some the work’s human-made visual qualities, the art’s impact on its ecosystem, wildlife, and habitat will endure.
The complex installations could only be produced through collaborations that stretch across disciplines. For each project, the artists work with scientists, schools, volunteers, and local experts to make their visions come to life. “It’s not like engineers just come in and drop off a boat-load of rocks or concrete,” says O’Brien. “We work with a big community effort on all of these.”
“The aesthetics represent community. We’re making projects that are inclusionary, rather than exclusionary,” she continues. Despite their immense effort and impact, McCormick and O’Brien remain humble about their work. “We’re not trying to save the world. We’re just putting a drop in the bucket,” McCormick says.
For the duo, the ultimate goal is that their art shifts how humans think about coexisting with natural systems. And that’s a huge project to undertake. “For such a great effort, it deserves a great art,” says McCormick.
Eli Hill
Related Stories