The Artist Duo Transforming the Elderly into Natural Wonders 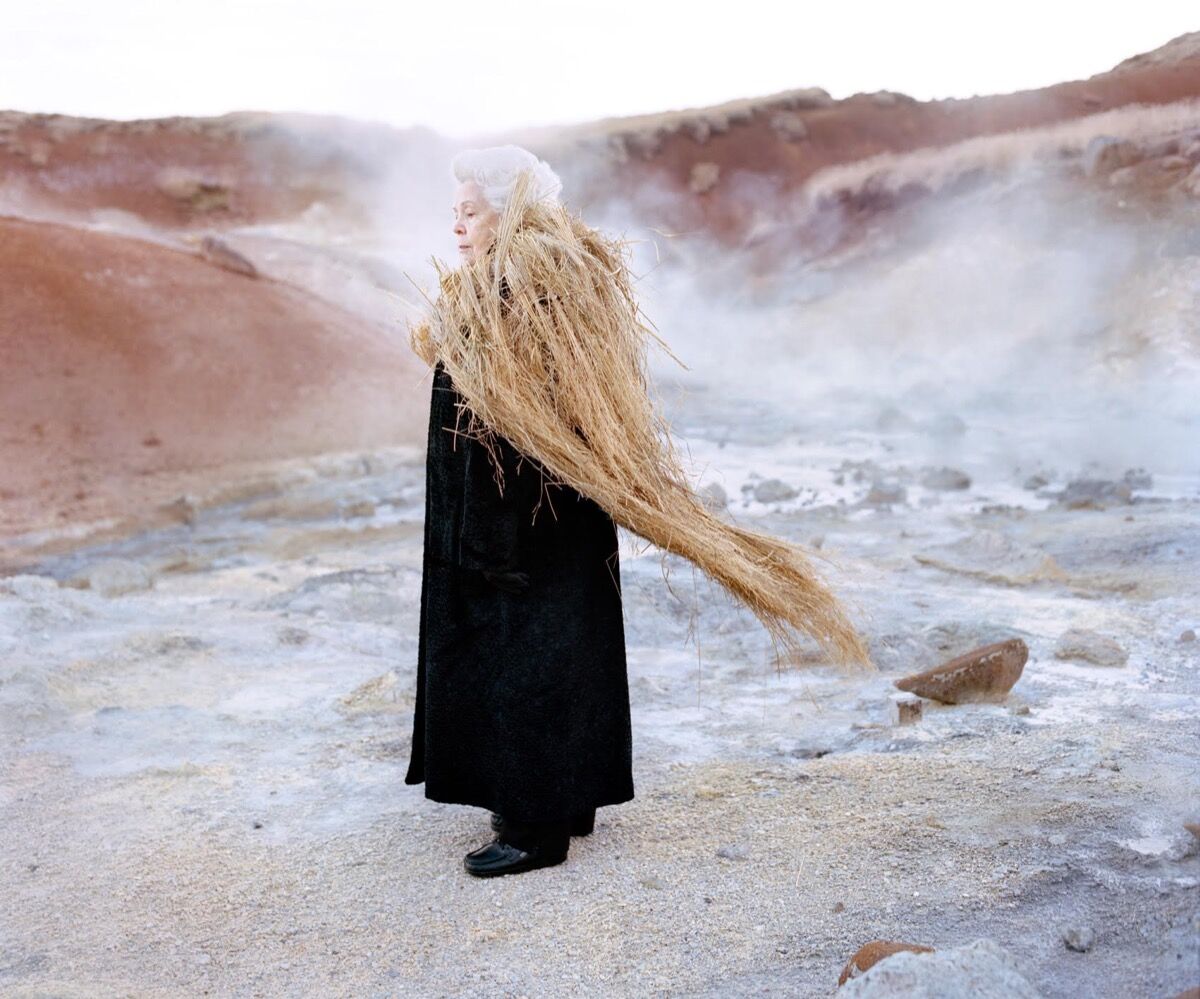 This is the story of an art project that began with three words, typed into Google: grannies, Norway, photographer.
It was 2011, and the Finnish artist
Riitta Ikonen
was dreaming up a new proposal related to Nordic folk tales. While studying at school in Brighton, England, Ikonen had developed a friendship with a Norwegian student who had a particularly animated relationship with the natural world. “I would go and visit her in Norway, and she would talk to the rocks and the mountains,” says Ikonen, who speaks in a melodic accent. “I thought, hold on a minute, I’m from Finland, so I obviously appreciate my lakes and bogs and mountains. But I don’t really talk to my mushrooms and blueberries. So what’s happening here?”
Imagining that this intimacy had roots in Nordic lore, and that the country’s elderly population would be closest to those traditions, Ikonen began to conceive of a project involving Norwegian senior citizens. She would need a collaborator to take photos, so she dropped the appropriate search terms into her browser, and discovered the work of Karoline Hjorth, a photographer whose book of portraits, Mormormonologene (2011), is a celebration of Norwegian grandmothers. 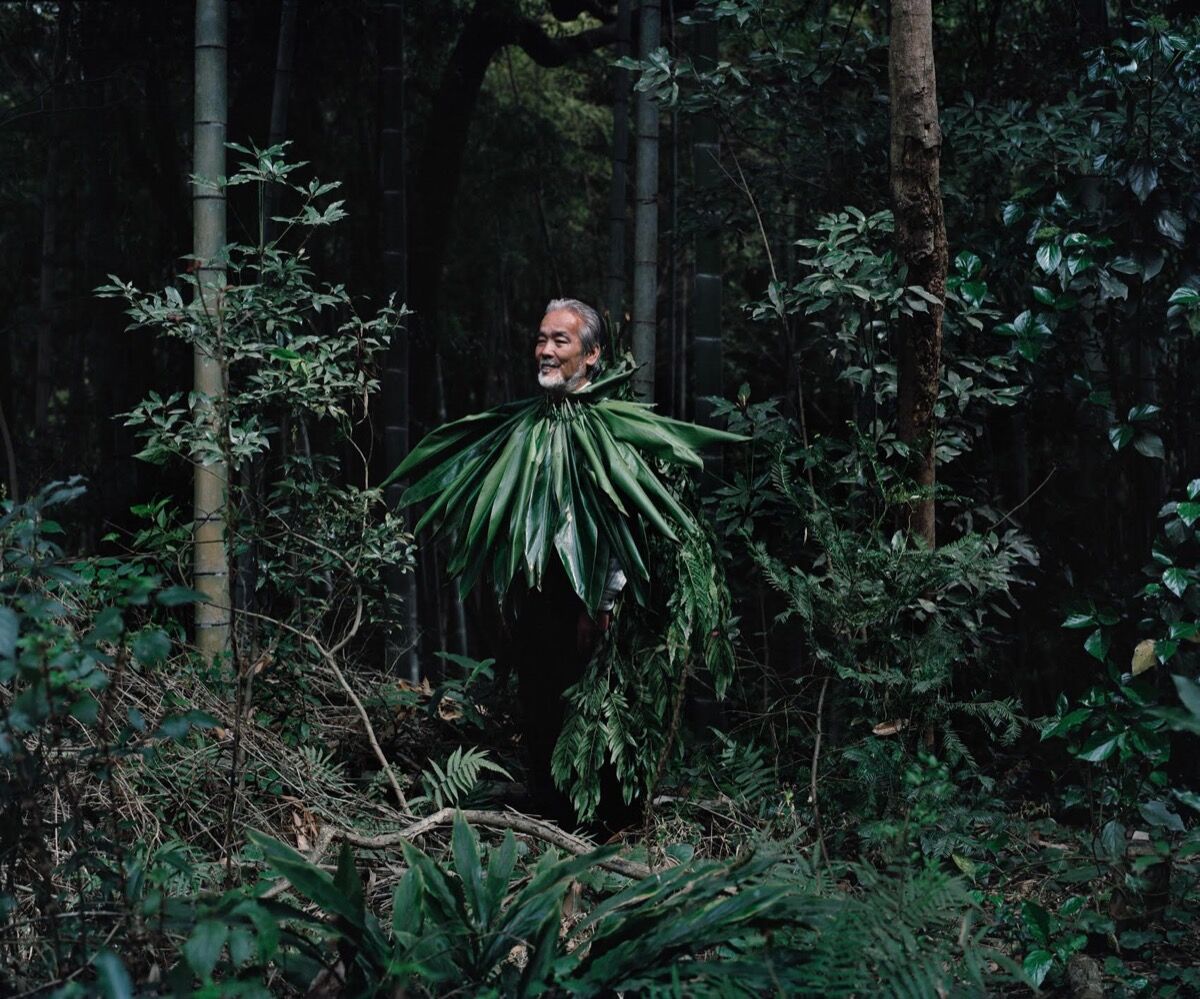 The meeting between
Ikonen and Hjorth
that followed would evolve into a seven-year (and ongoing) collaboration known as “Eyes as Big as Plates,” featuring excursions to several different countries—including Greenland, Japan, and the U.S., with hopes of future travel to Africa and South America—and a roster of local grannies and grandpas, whom the pair have artfully transformed into mythical gods and organic creatures. The resulting works are gorgeous, richly imaginative photographs, recently published in a book of the same name; a selection from the series is currently on display at the Chimney, in Bushwick, Brooklyn. The duo’s photos from a Korean edition of the project, conducted in partnership with the upcoming Winter Olympics, are also on view in Seoul, South Korea.
The 60 or so portraits range from the folkloric to the whimsical, poetic, and fantastical. In one image, we see Salme, a friend of Ikonen’s late grandmother. The artist duo pictured her wearing a baroque headdress composed of decadent puffs of small white flora. Ikonen and Hjorth consider their subjects collaborators, and in their book, each of them receives a short text to accompany their image. In this case, we are informed that “Salme is placid yet tough, just like the cottongrass growing in the many bogs around her.”
Agnes, who according to the book is the oldest Norwegian woman to have ever completed a parachute jump (twice, in fact, at the age of 85 and then again, at 90), is pictured standing on a stark black rock face at the edge of the sea; she wears an armature on her head made of sinuous, tendril-like twigs, dramatically swept to one side. “She’s personifying the North Wind,” says Ikonen. 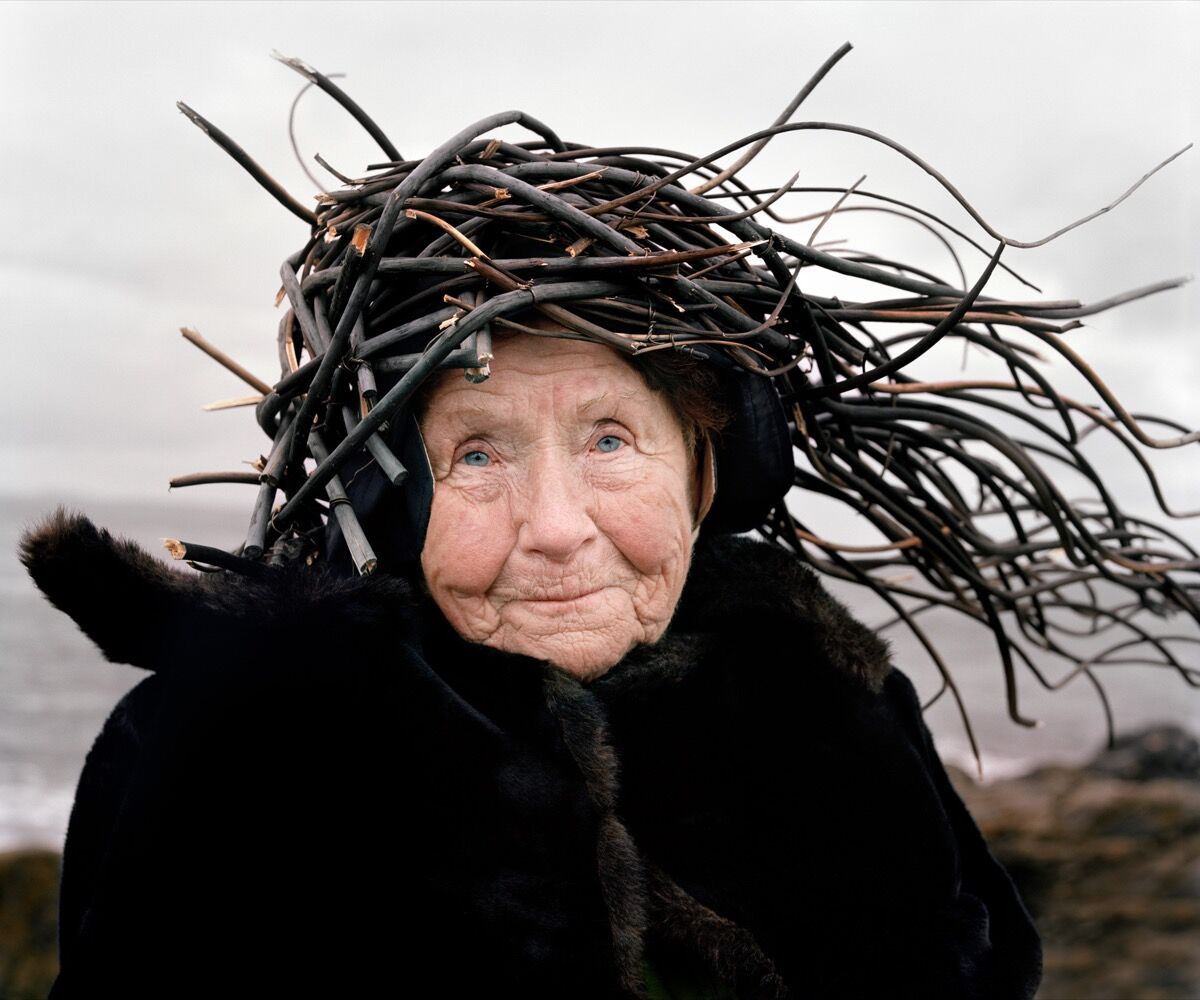 Advertisement
Astrid, an enthusiastic bridge player from Norway, is reimagined as the “semi-menacing forest maiden” Huldra, from Nordic folk tales, who is distinguished by her long locks of hair. Ikonen and Hjorth accomplished her transformation into the seductive creature by giving her a thick mane composed of giant arms of rhubarb taken from Astrid’s arboretum. (She was eager to get rid of the bushels of rhubarb; during the shoot Ikonen offered them to passing joggers, who gratefully ran off with the jumbo fronds.)
The project is not limited to women; the book and exhibition also feature portraits of elderly men, like Velkkari, who is shown sporting proud blooms of cow parsley from his chest, and Mr. Maruyama, an ikebana flower arranger from Japan who wears a halo of fukinoto, an edible spring vegetable that grows in abundance near his home in Sanjō, in the Niigata Prefecture.
For Ikonen and Hjorth, recruiting their collaborator-performers can take a certain amount of moxie, and sometimes even requires a covert reconnaissance mission of sorts. “We might be in Paris, and you might be at an opera soiree evening and there might be an old lady dancing, the last person on the dance floor,” says Ikonen. “And you just think: Who is this fascinating person I have to meet? You approach them and ask them, ‘Who are you and what are you doing tomorrow?’” Ikonen isn’t speaking hypothetically. A similarly auspicious encounter with an opera singer named Marie-Ange led to a shoot the following day, in which she is pictured at the edge of a lake, wearing a theatrical bustle made of weeping willow branches. 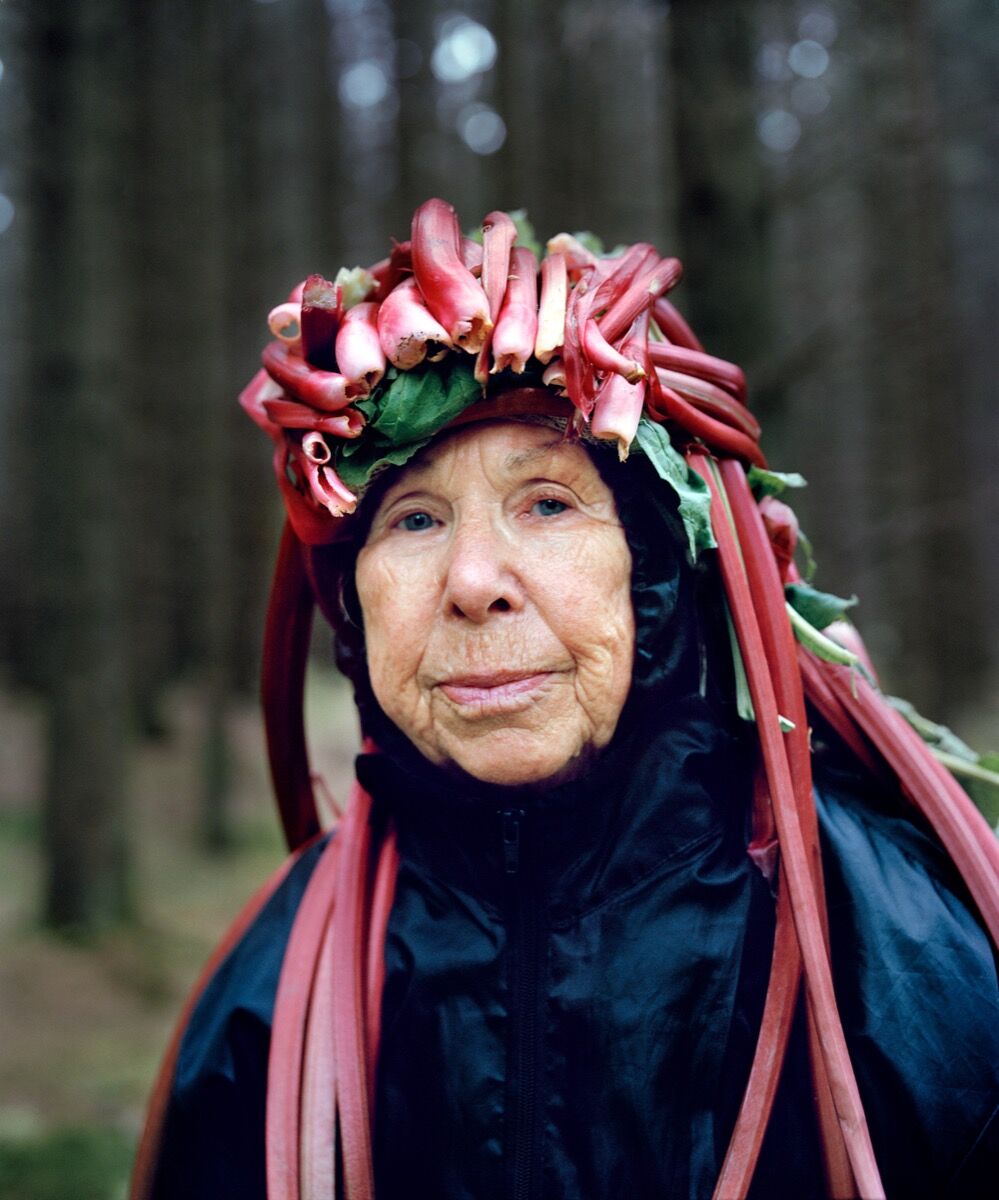 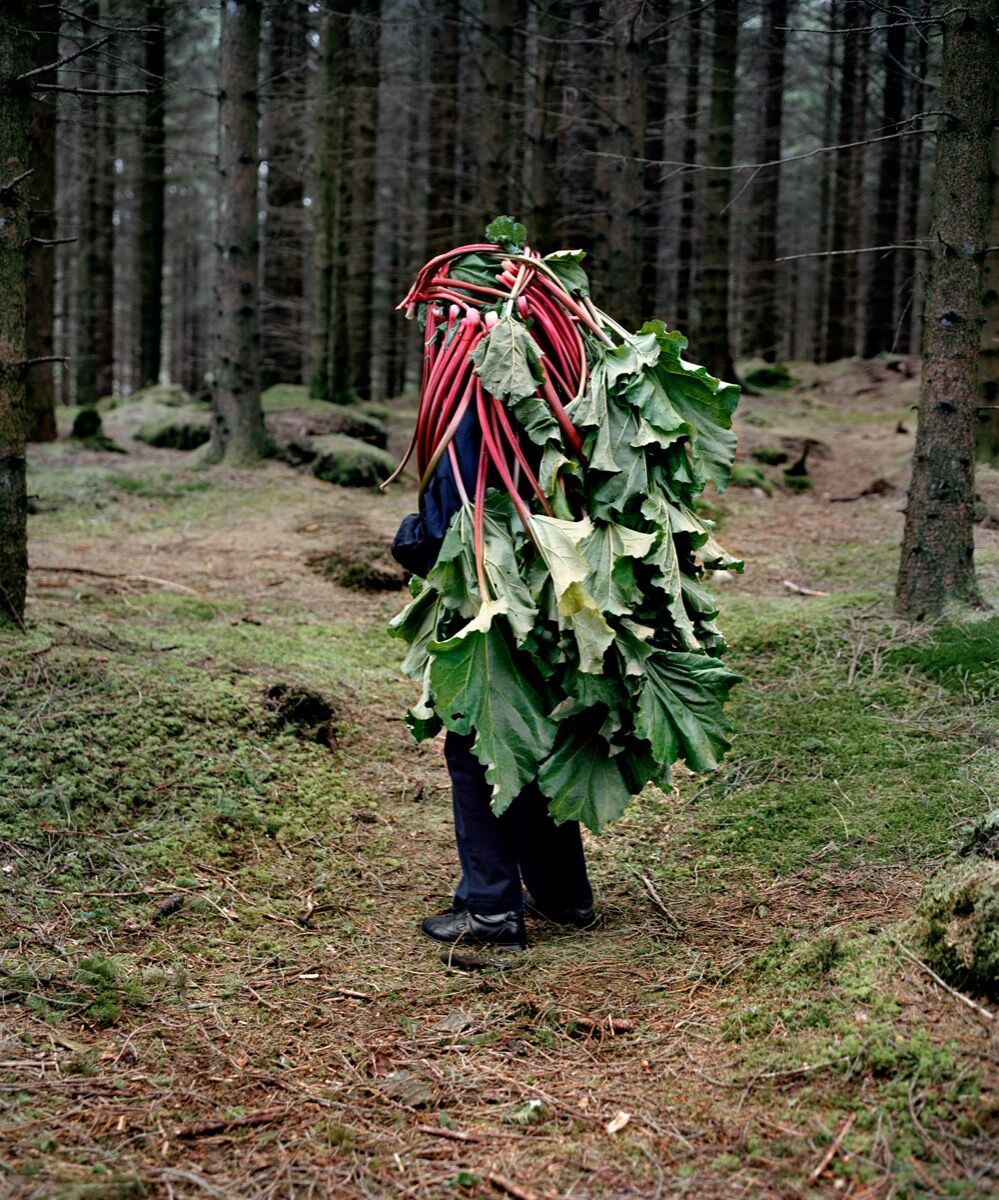 The name of the project—taken from a folk tale about a dog that lives beneath a bridge and has eyes as big as plates—is something of an emblem of the curiosity that guides these interactions. “We ask them, ‘What has happened in your life and how do you make sense of your surroundings?’ ” says Ikonen. “We enter with open eyes. They dictate what happens in the shoot. It’s kind of like an adventure club.”
Often, subjects are photographed in places that hold special significance for them—at a favorite rock or beach. Other times, Ikonen and Hjorth pick the place for its natural beauty or mystical quality. Asked whether the photographs are more about the humans or the environment, Ikonen pauses to consider. “I think they might be, interestingly, about how there might not be a difference between the two,” she says. “It’s very nice when after the shoot you ask, ‘How do you feel?’ Sometimes the answer is just: heavy or wet or cold. But occasionally it is: ‘I’ve never looked at my surroundings like this. I really feel part of where I am right now.’”
The duo shoots with an analog camera, which means the process can be slow and physically challenging. It often entails something of a bonding experience with the elements. “The person might be sitting in a bog, dressed as a bog, for three or four hours,” says Ikonen. “It’s quite rare that we would go to a bog or field and spend that amount of time being quiet and focusing just on being.” 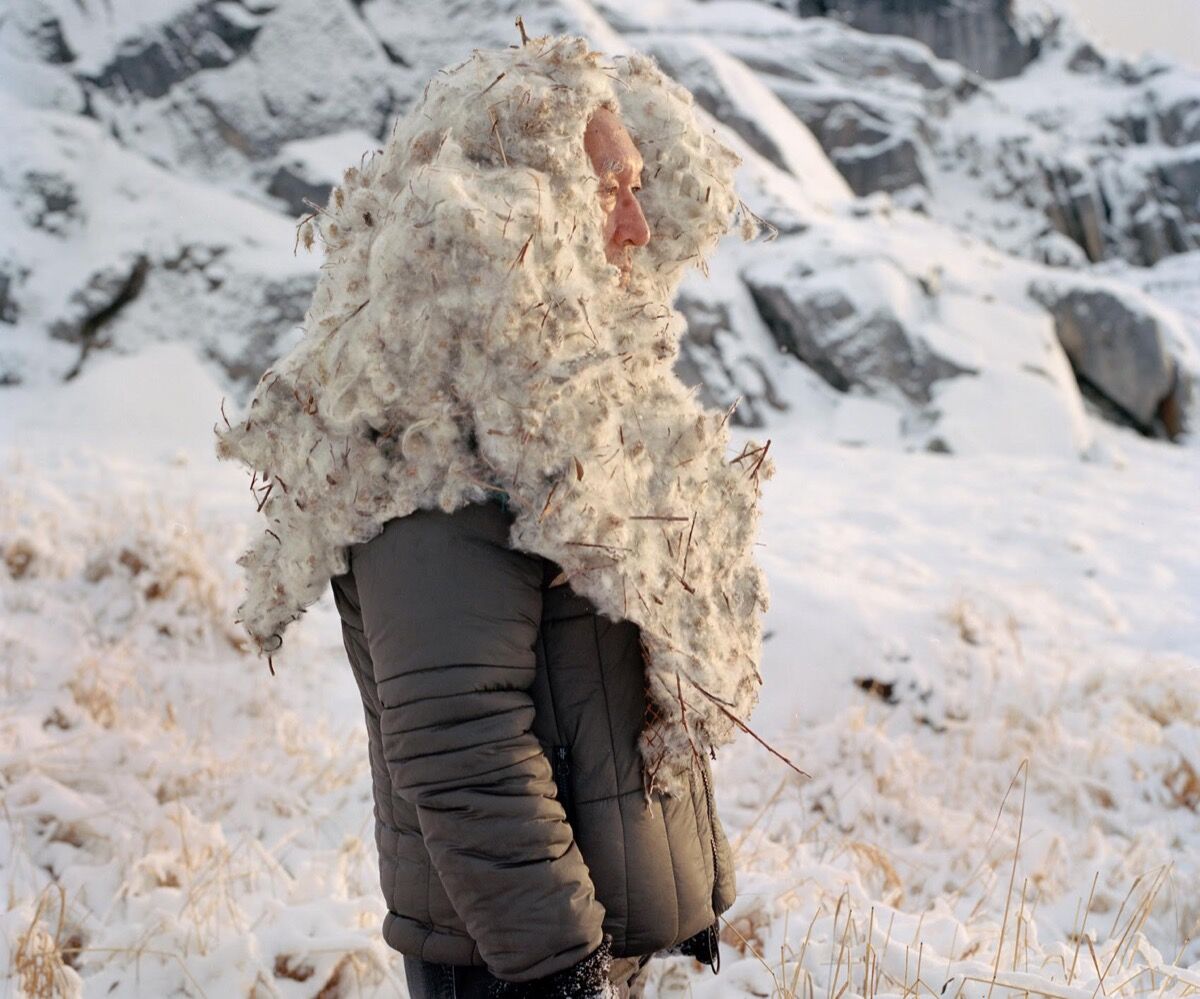 Indeed, even when their faces are semi-hidden (or entirely obscured by a sprouting costume of moss or branches), the elderly subjects convey a certain stillness, peace of mind, or vulnerability.
Edda, for instance, is pictured amid steaming Icelandic hot springs that bubble up between two tectonic plates. She is dressed like an ethereal oracle in an aerodynamic cloak of hay. There’s a national myth about a breed of hot spring birds that dive into the bubbles, Ikonen says. According to folklore, they represent souls of the dead. And during her shoot, Edda described having seen relatives at these hot springs that were not quite from this world.
Ikonen acknowledges that the photographs suggest a poetic allusion to the afterlife, of a return to nature. “Maybe it’s the fantasy of being in nature, some fleeting moment in the idealistic brain of the human where you could be one with nature,” she says. Yet at its heart, the project is one that’s profoundly life-affirming, both in its portrayal of the elderly and of our environment. 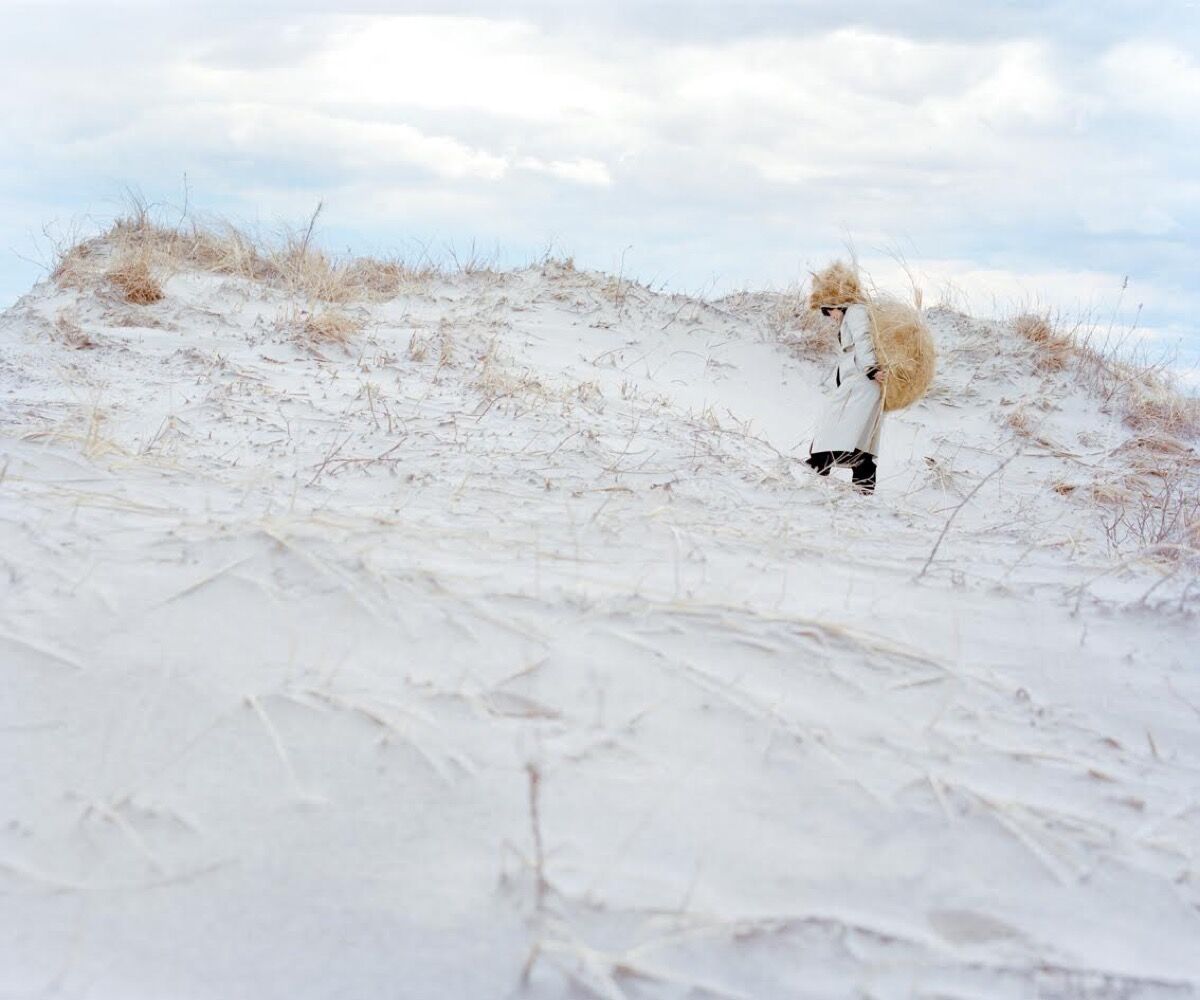 In a 2015 photo from the series, Jakob, a fisherman from the southwest coast of Greenland, is pictured wrapped head to toe in ice, lying on his side and embedded among a bank of snow-capped stones as though ready to drift out to sea. Jakob has spent his whole life surrounded by and observing the conditions of ice. But in recent years he has witnessed it melting at greater speed, tides rising higher, and reindeer migrating in larger numbers.
“We are not the masters of the weather,” Jakob reflected during his portrait session. “You have to live life to the max because of the conditions in our land—this is life, so we enjoy it.”
Tess Thackara
Related Stories 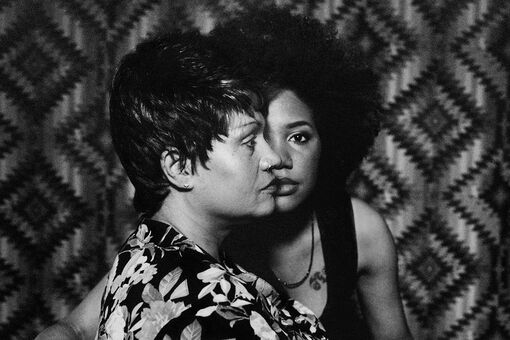 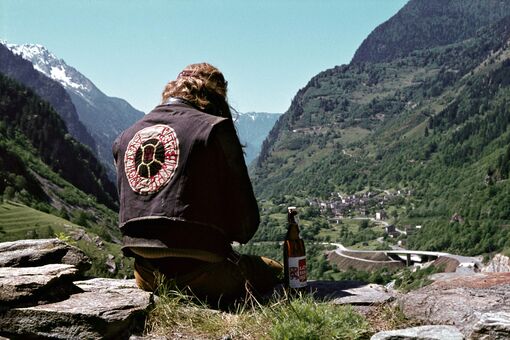 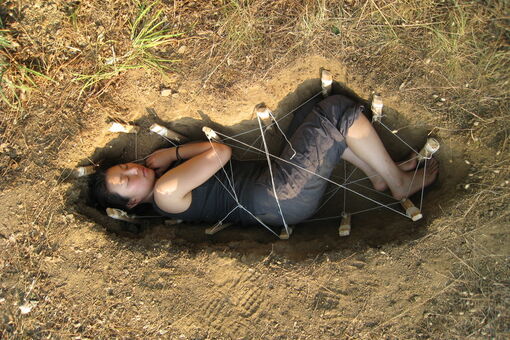 How Artists Are Reimagining the Way We Bury the Dead
Ariela Gittlen
Oct 3, 2017