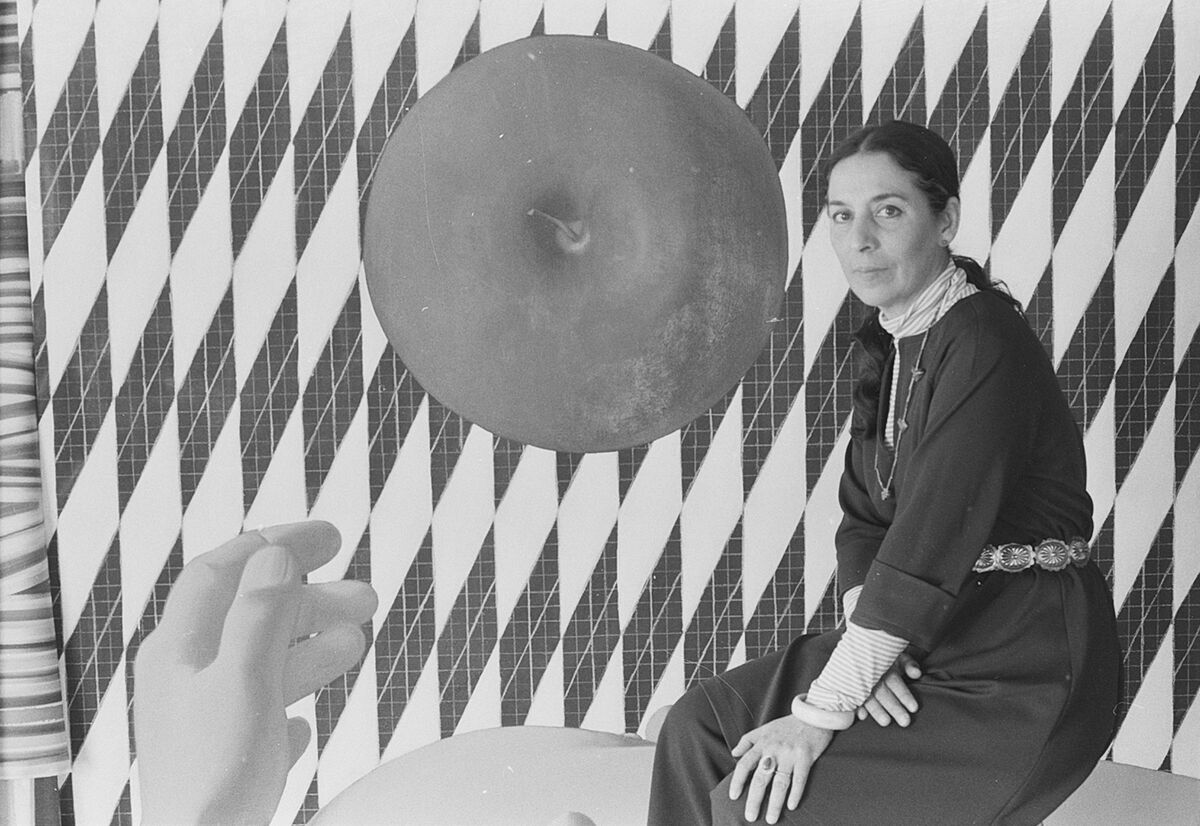 Luchita Hurtado
, the Venezuelan-born painter who lived most of her life in the United States and gained global recognition late in life, died on Thursday evening at her home in Santa Monica, California, at age 99.
In the past five years, Hurtado had become a fixture in the art world, following a 2016 solo exhibition at Park View Gallery in Los Angeles. Then, in quick succession, she was featured in the 2018 edition of the Hammer Museum’s “Made in L.A.” biennial, and group shows at Matthew Marks Gallery and Hannah Hoffman Gallery the same year. In 2019, that momentum was turbocharged thanks to a solo show at Hauser & Wirth in New York, and a major retrospective at the Serpentine Galleries in London (which then traveled to LACMA). She was included in last year’s edition of Time magazine’s “Time 100,” wherein Hans Ulrich Obrist (the artistic director of the Serpentine Galleries) praised her “her visionary artistic practice and her ever amazing energy.” 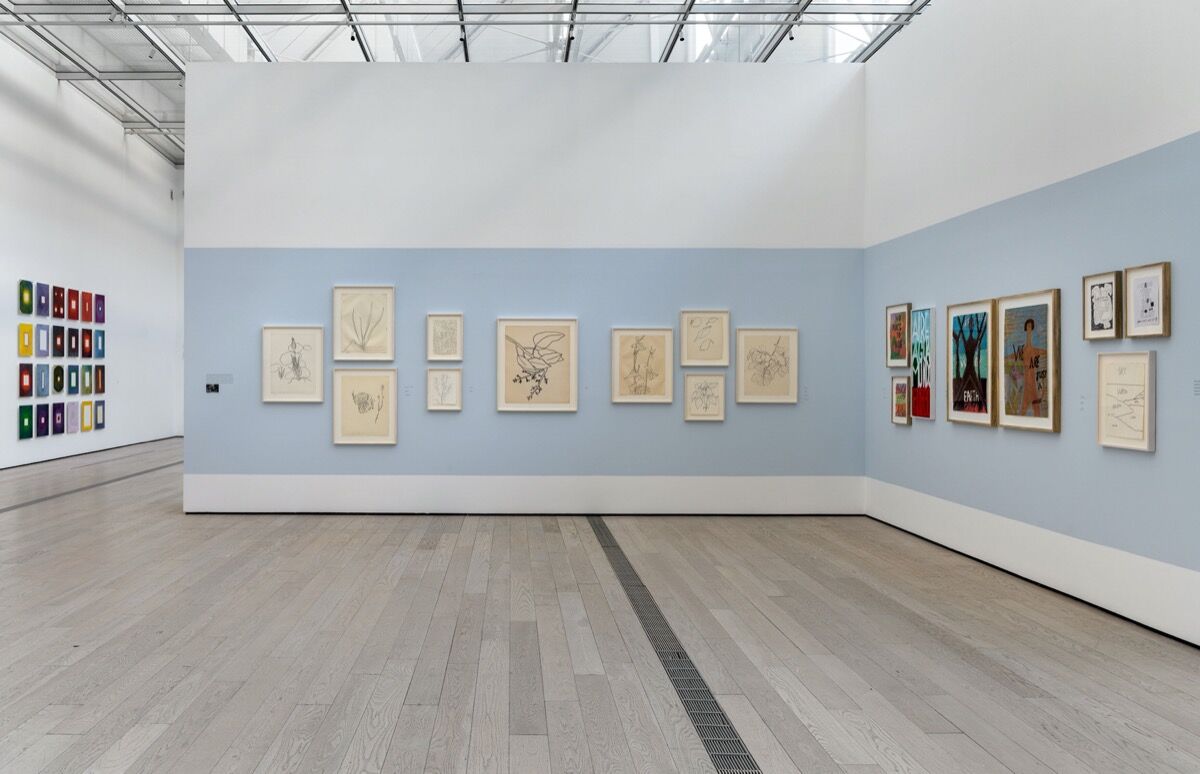 Hurtado’s journey to global fame and recognition was a very long one, and involved periods when she was largely relegated to a supporting role for her artist husbands, only pursuing her own practice at night after the rest of her family’s needs were tended to. She was born in Maiquetía, a city north of Caracas, Venezuela in 1920 and, when she was eight years old, moved to live with her mother, sister, and two aunts in New York. There, she studied art in high school and eventually worked at the Spanish-language newspaper La Prensa, where she met her first husband, the journalist Daniel del Solar, who in turn introduced her to many members of the city’s artistic scene—including
Isamu Noguchi
, the Mexican modernist
Rufino Tamayo
, and
Roberto Matta
, the Chilean Surrealist. After Del Solar abandoned her and their children, Hurtado supported herself in part by freelancing as a fashion illustrator for Condé Nast.
“I really haven’t ever resented any time I’ve given, because I don’t think it’s time lost,” Hurtado told the Smithsonian’s Archives of American Art in the mid-1990s, reflecting on the years when her practice was largely a private pursuit. “I think it’s bigger than any of it. I think it’s important that I paint. It’s important for me to read. It’s important for me to write. It’s important for me to hear music, It’s important for me to have children. 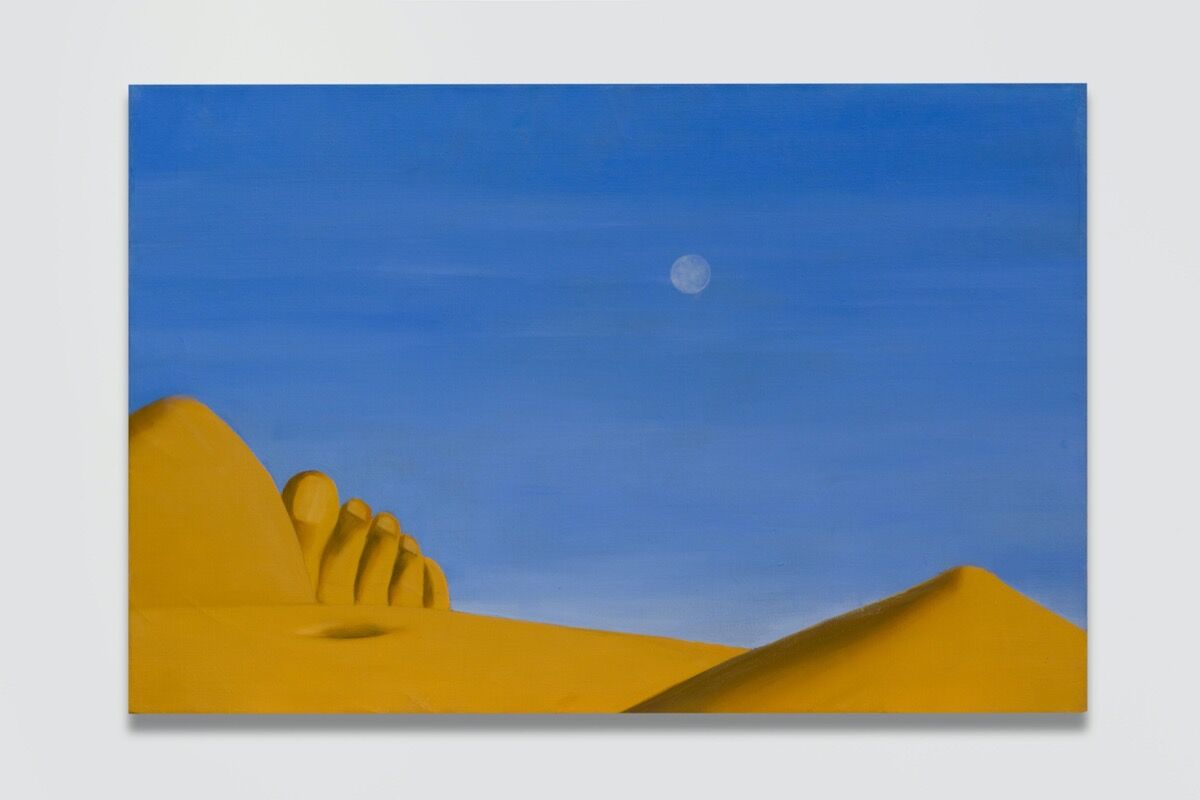 Advertisement
Through Noguchi she met her second husband,
Wolfgang Paalen
, an Austrian-Mexican Surrealist. Moving to Mexico City, Hurtado became immersed in another thriving art scene, living near
Frida Kahlo
and
Diego Rivera
, and spending time with
Leonora Carrington
. Following the death of one of her sons, Hurtado moved with Paalen to California in 1948. There, she met her third husband, the painter
Lee Mullican
—who, like Paalen, was a proponent of the Dynaton movement, which espoused Surrealist and Automatist techniques. It was her third husband’s former studio director, Ryan Good, who discovered a trove of Hurtado’s works in the studio (Mullican died in 1998) and set in motion events that would lead to the sold-out Park View Gallery show in 2016. It was Hurtado’s first solo show in more than 40 years, and led to a groundswell of interest in her work.
“When I think about my painting and the political and the planet, it’s about the hope that it’s not too late and that people can still get together and in whatever small way make a difference that adds up,” Hurtado told artist
Andrea Bowers
in an interview for Hauser & Wirth’s in-house publication, Ursula. “As far as physical strength and ability goes, I’m very weak, of course, because of my age, but I still can paint, I can still draw. And so that’s my contribution.” 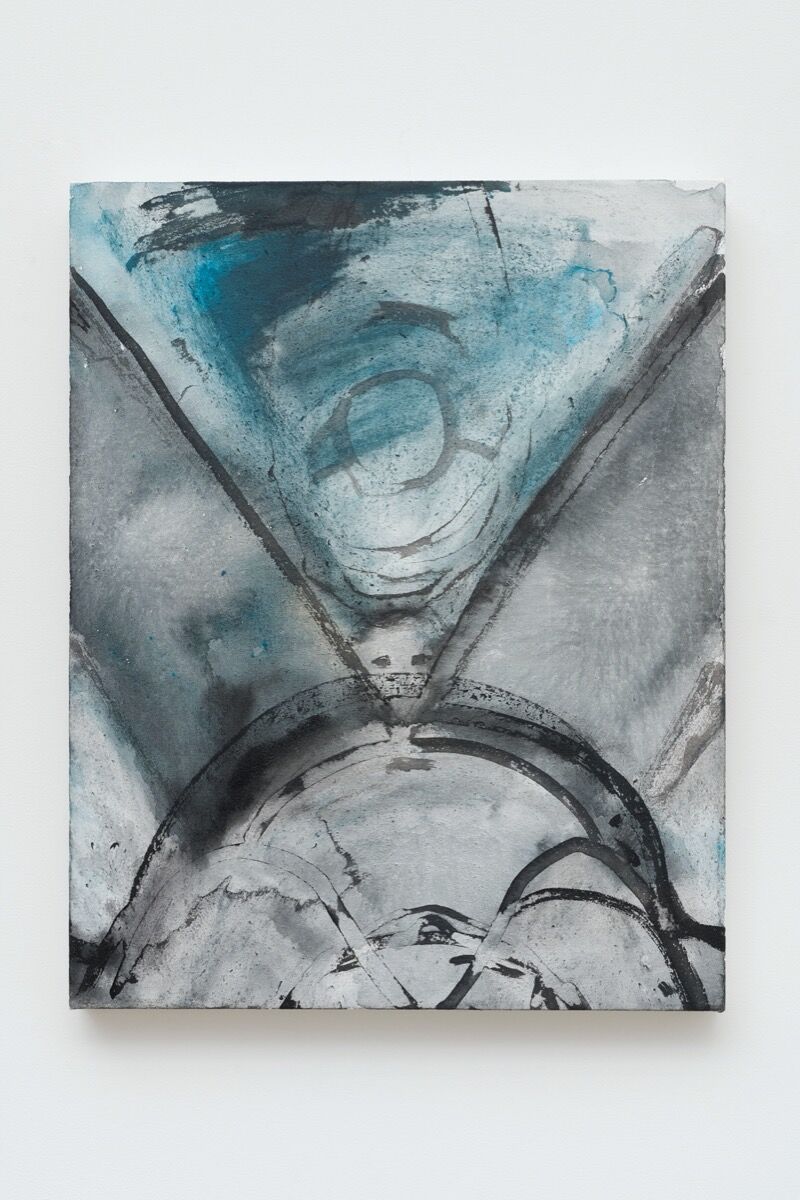 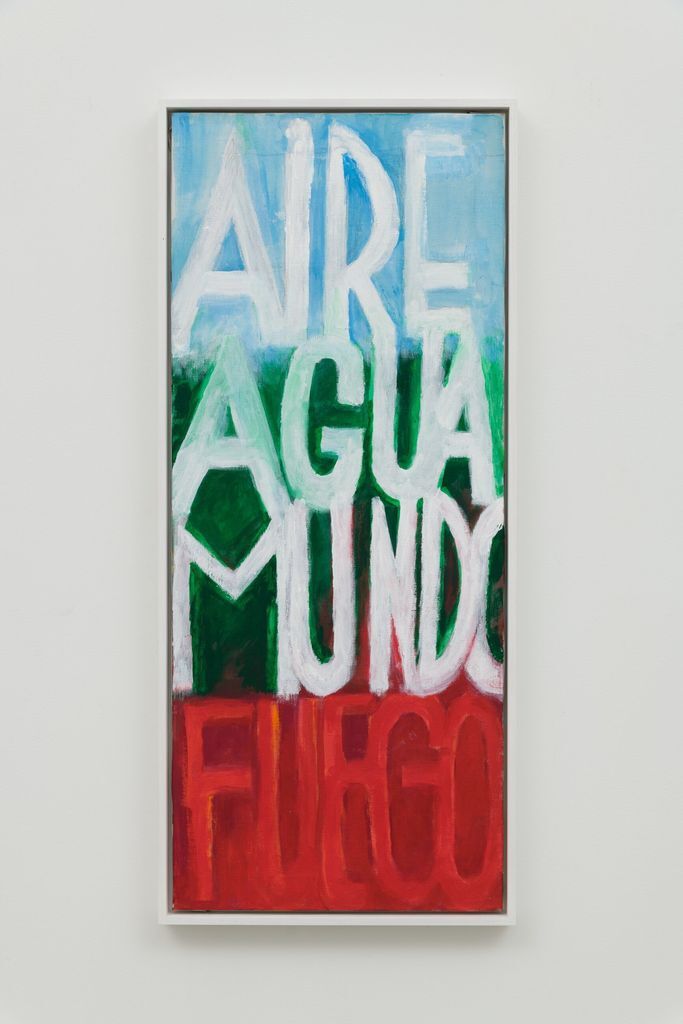 Luchita Hurtado
Untitled, 2018
Hauser & Wirth
Hurtado’s practice included a broad range of styles and subject matter, dealing with issues related to feminism, environmentalism, and mysticism, and engaging with styles ranging from modernist abstraction to decorative arts and indigenous crafts. Her most famous series of works may be the “I Am” series, which position the viewer in the artist’s head, looking down at her own body in a manner that often evokes landscape painting. She returned to this formal conceit in the final years of her life with her “Birthing” series, which took a similar perspective on women’s bodies that were either heavily pregnant or in the process of giving birth.
Hurtado finished the “Birthing” series just in time for it to be included in the Serpentine Galleries retrospective, which was titled “I Live I Die I Will Be Reborn.” At the time of its opening, she told the Financial Times: “Life and death is just a matter of a border, I think we have levels. I guess I am going to have to die to find out.”
Benjamin Sutton is Artsy’s Lead Editor, Art Market and News.
Related Stories 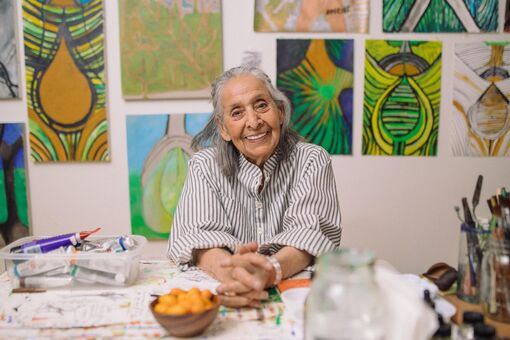