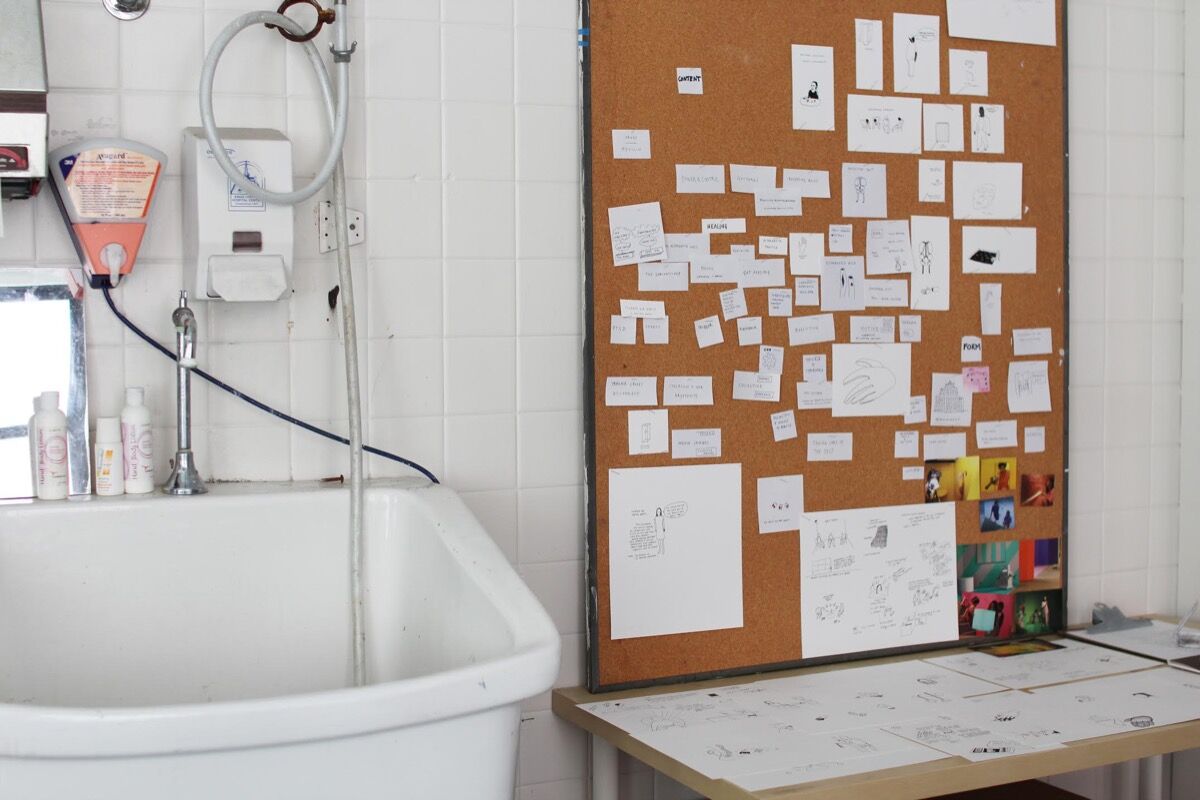 Dutch artist Marijn Ottenhof wasn’t expecting to spend her summer in a mental health hospital. But when Fleur Kuypers invited her to participate in Beautiful Distress, a residency located within the Behavioral Health Center at Brooklyn’s Kings County Hospital, she immediately accepted.
Just weeks after Kuypers extended the invitation, Ottenhof quit her job in Amsterdam and settled into a room located in a mostly empty tower on the hospital’s campus in the Prospect Lefferts Gardens neighborhood of Brooklyn. Her spare quarters were just a short walk from the R-Building, where patients are treated for mental illnesses ranging from depression to schizophrenia to substance addiction. There, she would spend three months living, working, and interacting with the hospital’s mental health patients.
Ottenhof doesn’t have a background in psychiatry, but she is interested in human behavior—“what we perceive as normal behavior, as abnormal, or what is unsettling to us,” she told me over coffee in her temporary Kings County studio last month. Her performance-based practice often explores how humans relate to each other and their surroundings. She hoped an extended stay at Kings County would deepen her understanding of the social barriers that can make us feel alienated or powerless.
Ottenhof is one of eight artists to have undertaken the Beautiful Distress residency since its launch in 2014, when Kuypers and Wilco Tuinebreijer, a psychiatrist, founded it on the basis that “there is a great deal of mental suffering, that not enough people are aware of this, and that too little is done to offer relief,” as its mission statement reads.
The duo sees art as a tool that can tackle these issues by raising awareness and cultivating empathy around a subject that’s heavily stigmatized. According to a recent report from the World Health Organization, depression is now the most prevalent illness worldwide, affecting more people than either cancer or heart disease. What’s more, one in four people will face psychiatric illness at least once in their life. Despite the ubiquity of mental illness, however, “it’s not surrounded by the same kind of acceptance and solidarity as other widespread diseases like cancer are,” Kuypers explains over Skype, sitting next to Tuinebreijer in Amsterdam.
“Mental health patients are often discriminated against, and excluded from society,” Tuinebreijer adds. “We believe artists have the ability, through their work, to communicate the difficulties that patients face in a different, more positive light.”
Tuinebreijer’s interest in the intersection of art and mental health goes back many years, to when he was a child dreaming about a future as either a psychiatrist or an artist. “I decided to become a psychiatrist because it pays the bills,” he chuckles. But his interest in art never waned, and he baked it into his psychiatric practice. “As Fleur says, one image can say more than 1,000 words,” he notes. “Sometimes I send patients to an exhibition or give them a DVD, because the therapy is not reaching them in the way that art can.”
It wasn’t until some 20 years ago, however, that he became involved with what is believed to be the world’s first art residency program within a psychiatric hospital. Called Fifth Season, it was introduced at the Altrecht Mental Health Institute, a clinic located in the region of Utrecht in the Netherlands in 1998.
Three years ago, Tuinebreijer and Kuypers took it upon themselves to expand the concept internationally after Tuinebreijer gave a lecture at Kings County. The visit jump-started a conversation with Dr. Joseph Merlino, formerly Director of Psychiatry and Deputy Executive Director at the hospital, about setting up a similar residency program there. While Merlino was supportive (“he is also very interested in the arts and psychiatry, and the emancipation of patients,” says Tuinebreijer), the hospital’s board of directors wasn’t so easily convinced.
“It was very difficult to convince them that the project was interesting, positive, and not risky for the hospital,” Tuinebreijer explains. Among the board’s initial concerns were that the program could disrupt daily procedures, breach rules around patient privacy, and damage the hospital legally in some way. 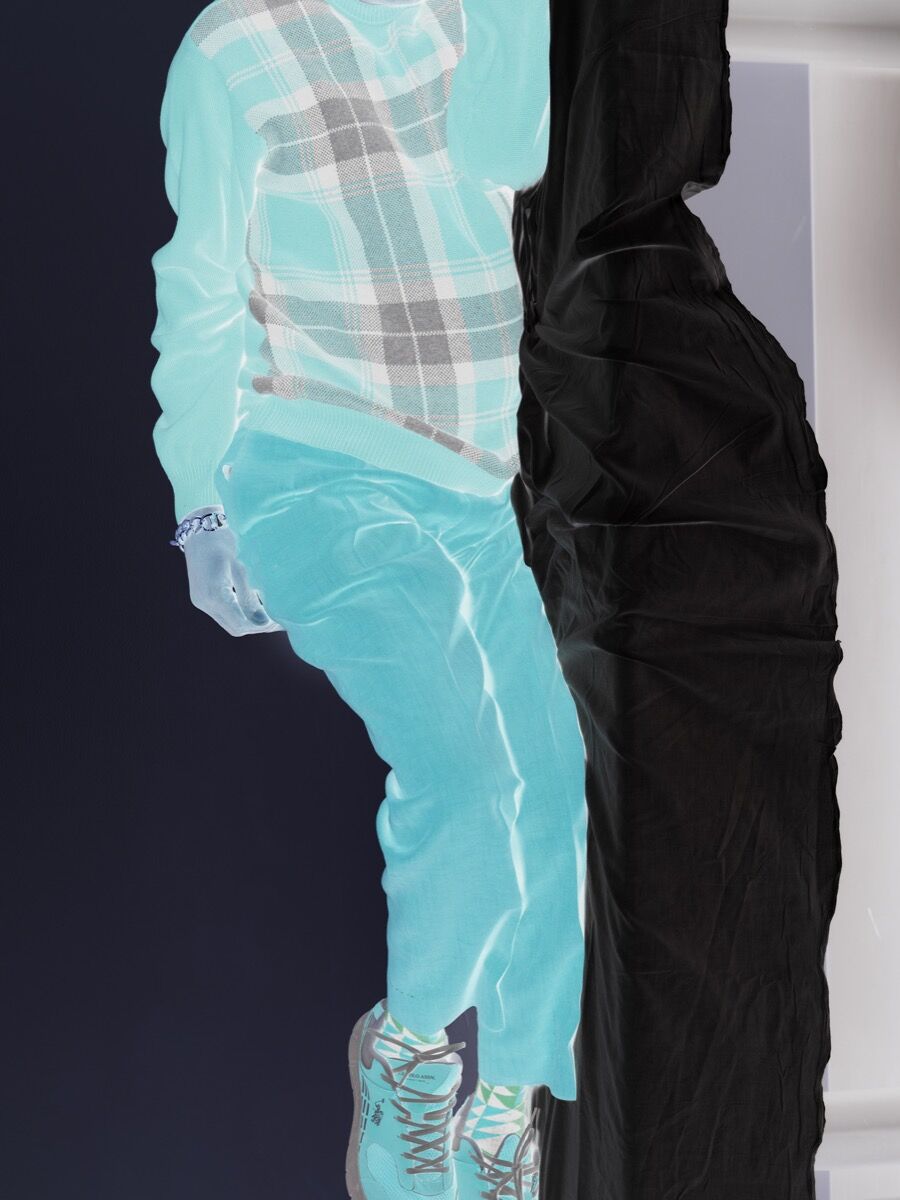 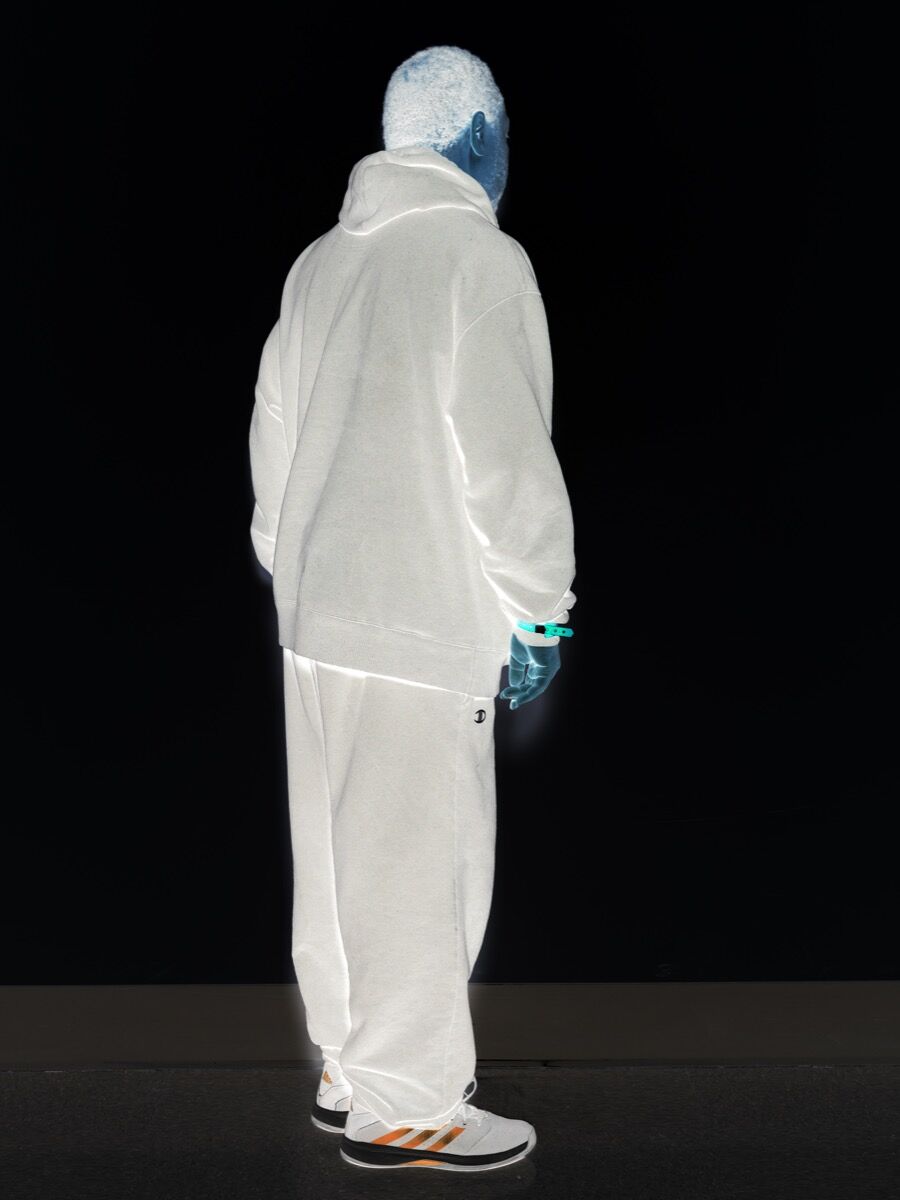 Advertisement
This cautiousness wasn’t surprising: When the discussions began, the hospital was still battling negative press related to the 2008 death of a patient in the psychiatric emergency waiting room. The hospital, one of few mental health providers for Brooklyn’s poor population, was promptly investigated for neglect. The tragedy stimulated sweeping reforms—and greater discretion—across the hospital, especially in its Behavioral Health Center.
Beyond logistical and legal concerns, however, Tuinebreijer notes that the hospital also wanted to safeguard against patient exploitation by outsiders: in this case, artists. “The staff is protective of patients, because they are also sensitive to how excluded and discriminated against they are,” he explains.
Tuinebreijer and Kuypers had already designed the Beautiful Distress program to ensure that residents would be respectful of patients—both in interactions within the hospital, and in artistic responses to those experiences. They proposed that artists be selected for the quality of their work and its sensitivity to social issues. Artists would also be required to sign a document agreeing to respect patients’ privacy.
By 2015, Tuinebreijer and Kuypers, with support from Merlino, convinced the board to bring Beautiful Distress to the hospital. Annaleen Louwes, a well-known photographer, would kick off the residency. During the time she spent at Kings County, she observed group therapy sessions—or at least, those in which all patients felt comfortable with her presence—and took portraits of those who offered to sit for her.
The resulting series, “Black and white and (some) kind of blue or I only want to be happy,” coalesces images of patients—some staring straight at the camera, others lying in bed—with shots of hospital details like houseplants, blue plastic chairs, and doctor’s gloves.
Kuypers remembers the hospital staff recounting a particularly memorable experience from Louwes’s stay. “No one had been able to reach one patient: not the doctors, not the nurses, not the art therapist…nobody,” she recalls. “But Annaleen had been able to open him up. It impressed them.” When I ask what it was about Louwes and her work that the patient connected with, Kuypers speculated: “She asked him if she could take his photo. I think the fact that someone was interested enough to take his photo was a factor,” she says. “Also the fact that she is not part of the system—just another person—probably helped, too.”
After the hospital’s positive reaction to Louwes, Beautiful Distress invited more residents. The program is now three years old, and Ottenhof is its eighth resident.
Like all Beautiful Distress artists, Ottenhof was provided an apartment and studio in the hospital, and access to group therapy sessions attended by mental health patients for a span of three months. Artists are not required to engage with patients directly while there—Ottenhof recalls hearing about one resident who spent his time shooting the abandoned nether regions of the hospital at night for a film project—but Ottenhof, like Louwes, chose to interact.
She spent most of her days observing the group sessions, which ranged in focus from drama therapy and journaling to discussing coping mechanisms and medication management. Over time, her focus became issues surrounding anxiety. “I thought it would be an interesting emotion to focus on, in light of what’s going on in the world,” she says. “Anxiety affects so many of us, but it’s such an intangible emotion—so I thought, ‘How can I make it more visible?’”
Ottenhof interviewed several patients about their anxieties, and gave them a ball of blue clay to play with or use like a stress ball while speaking to her. The resulting bits of matter bear deep fingerprints and dents where palms pressed hard into the soft clay. One patient rolled the material into a long strand, then twisted it into a looping, tightly wound knot. These vestiges of the conversations are an “imprint of that intangible feeling,” says Ottenhof, “a clot of condensed emotion.”
These clots, and the many issues that mental health patients face, are what Kuypers and Tuinebreijer hope to bring to light, and simultaneously destigmatize, through Beautiful Distress and its participating artists. Right now, they are in the process of establishing two additional Beautiful Distress residencies at hospitals in Belgium and Japan. 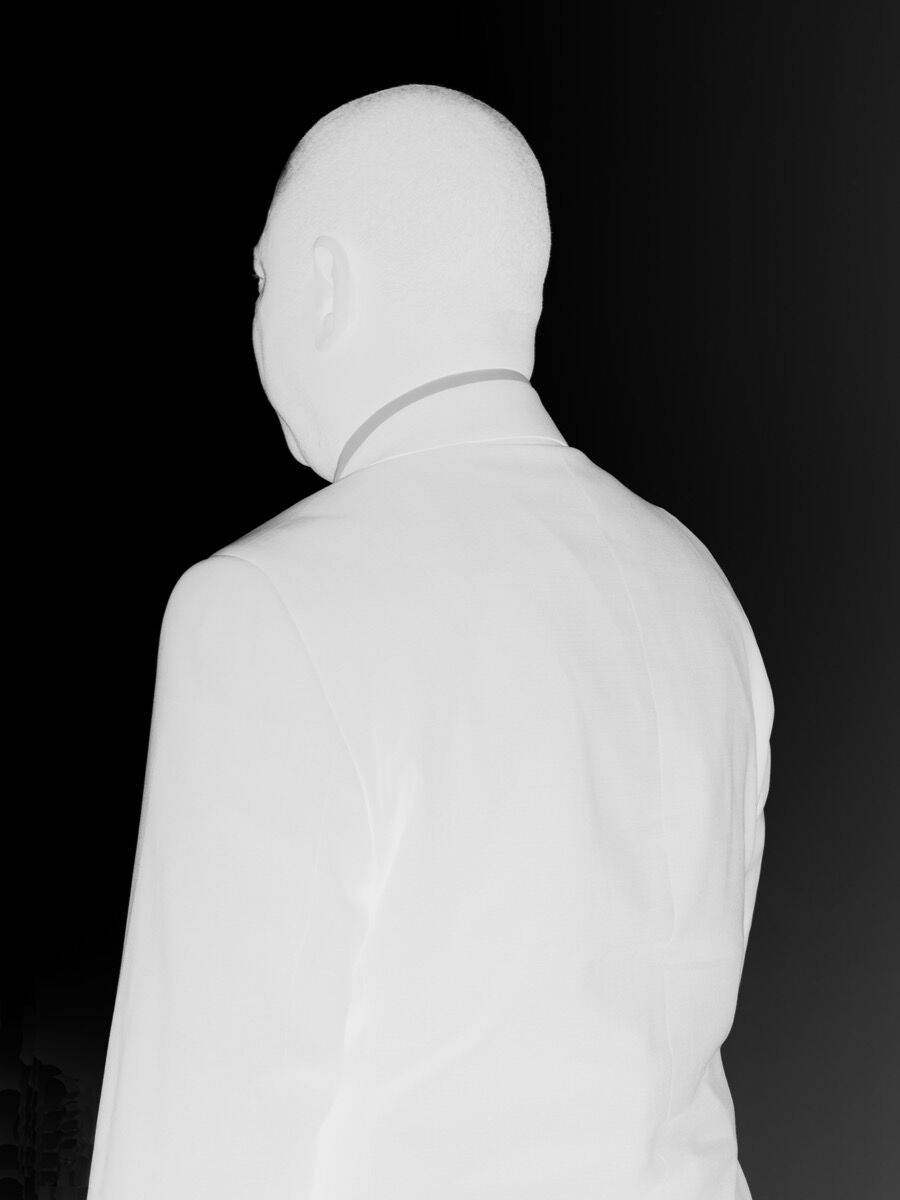 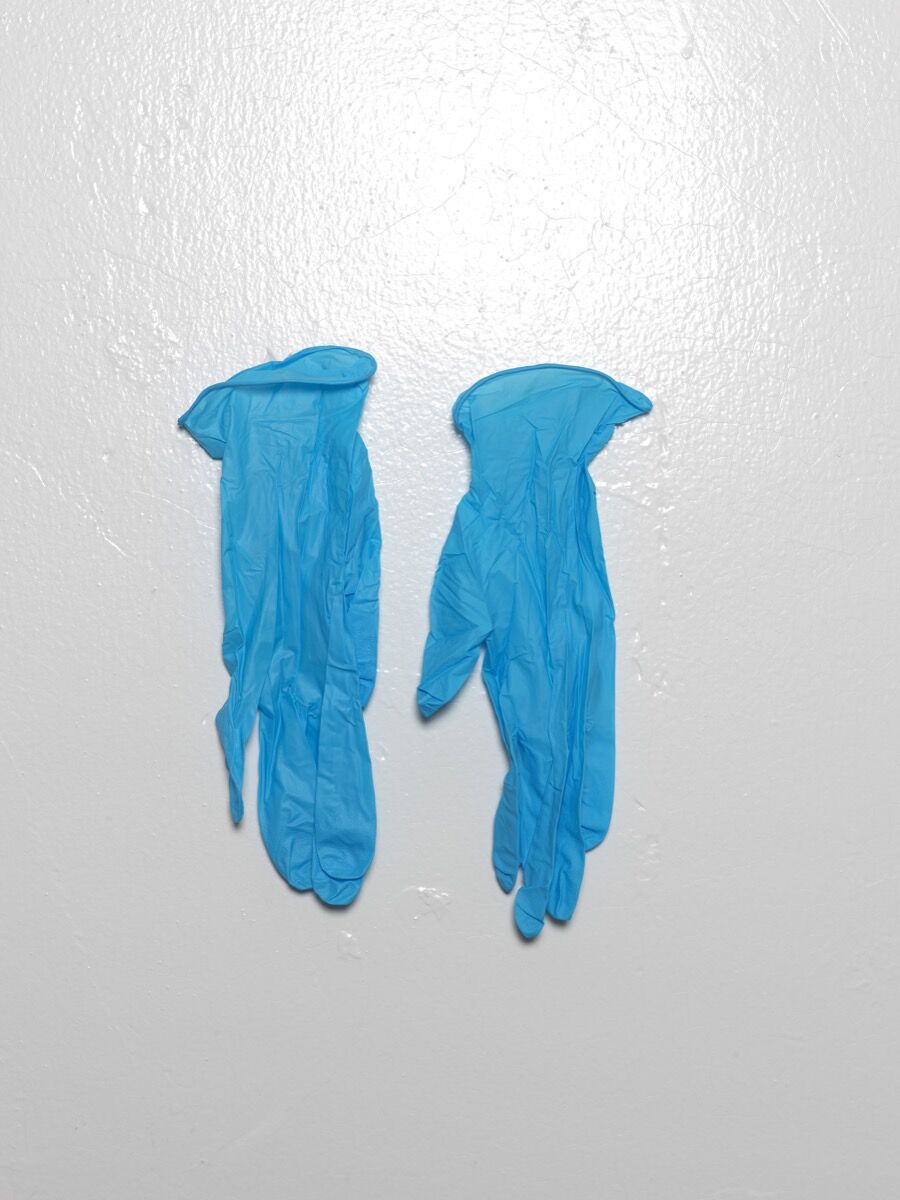 This December, they will hold a large-scale conference in Amsterdam, titled “Beautiful Distress Conference on art, mental health and stigma,” where psychiatrists, doctors, policy-makers, artists, and patients from around the world will discuss “how we can open up society to fight stigma around mental illness—and how we can find new solutions in how we can work with each other, live together, and make a better world,” says Kuypers.
While Kuypers and Tuinebreijer’s objectives are lofty, their passionate belief in art’s power to heal continually drives them toward their goals. “We’ve been working for years now with this question: Why art and psychiatry?” she continues. “And a quote from
Gerhard Richter
—‘Art is the highest form of hope’—always comes to mind when I consider it. Art, after all, has the power to make mental suffering visible and visceral.”
—Alexxa Gotthardt
Correction:
A previous version of this article incorrectly stated that Fleur Kuypers and Wilco Tuinebreijer are married. They are not, they are friends and colleagues.
Related Stories