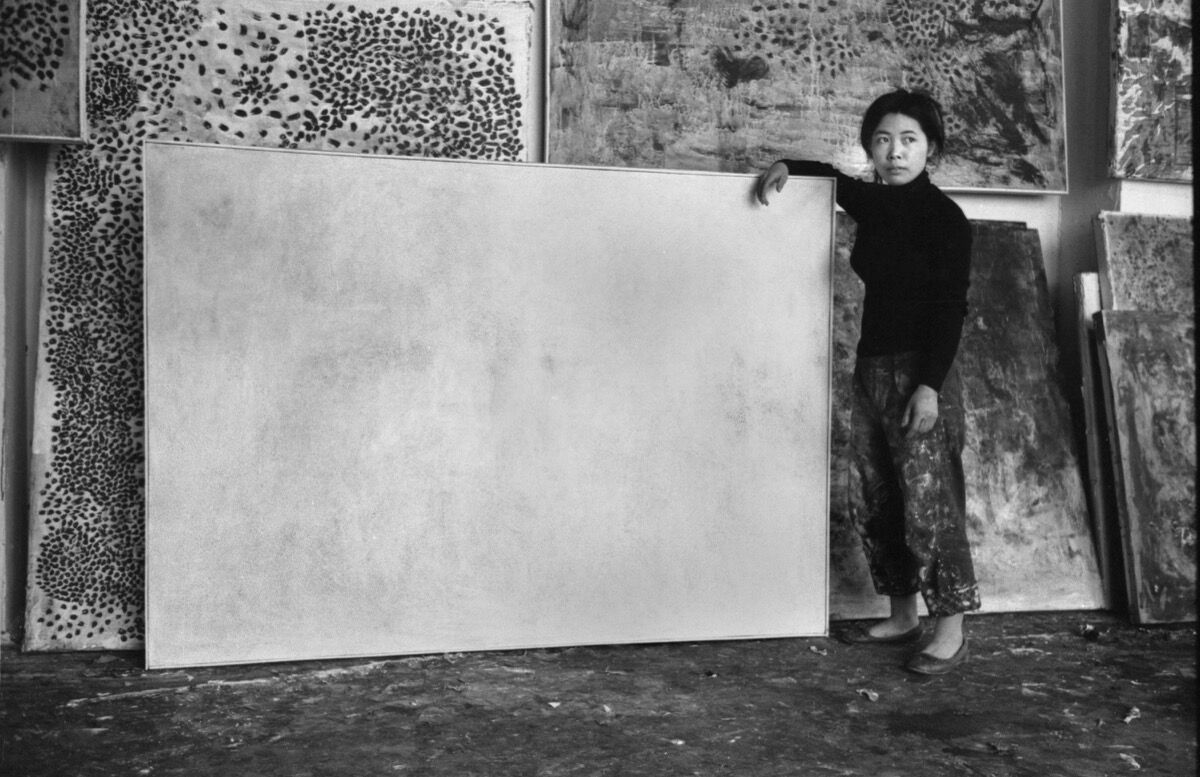 It was October 1959 when
Yayoi Kusama
made her New York solo debut, at the esteemed, artist-run Brata Gallery on 10th Street in the East Village. The five giant paintings of flowing webs of line—later known as her “Infinity Nets”—earned her great acclaim. Critics,
Donald Judd
among them, lauded her singular approach to line and scale. (Judd even purchased a work, which he would pay for in four $200 installments.) But while the exhibition was a pivotal moment for the Japanese ingenue, then 30 years old, it’s just one example of the fervent, innovative spirit that characterized artist-run galleries at the time, and contributed to a rich discourse that would shape the New York art scene indefinitely.
“It wasn’t like oh, now she’s famous—that’s not the conversation people were having,” says Melissa Rachleff, a professor at NYU’s Steinhardt School, of the dialogue Kusama’s show incited among the downtown New York scene. “They were talking about the implications of what she did in the Brata Gallery, using the canvas to create an environment that we walk in, feel, and sense; that we have to walk up close, but then we back away. They were thinking, ‘What does that mean?’ And ‘What do I now do when I go back to my studio now that I saw this?’ That’s what was happening downtown.”
The Brata Gallery is one of 14 artist-run spaces that Rachleff is surfacing in the exhibition she’s curated at NYU’s Grey Art Gallery, “Inventing Downtown: Artist-Run Galleries in New York City, 1952–1965,” which is accompanied by a publication of the same name. Some seven years in the making, the show brings together artworks that were originally displayed in these artist-run spaces, but also features archival images and documents, as well as personal accounts from the artists behind these endeavors. As the exhibition reveals, each one was unique in its program, mission, and operations—some commercially minded, others stridently opposed, for example—though together, Rachleff argues, these 14 paint a crucial picture. 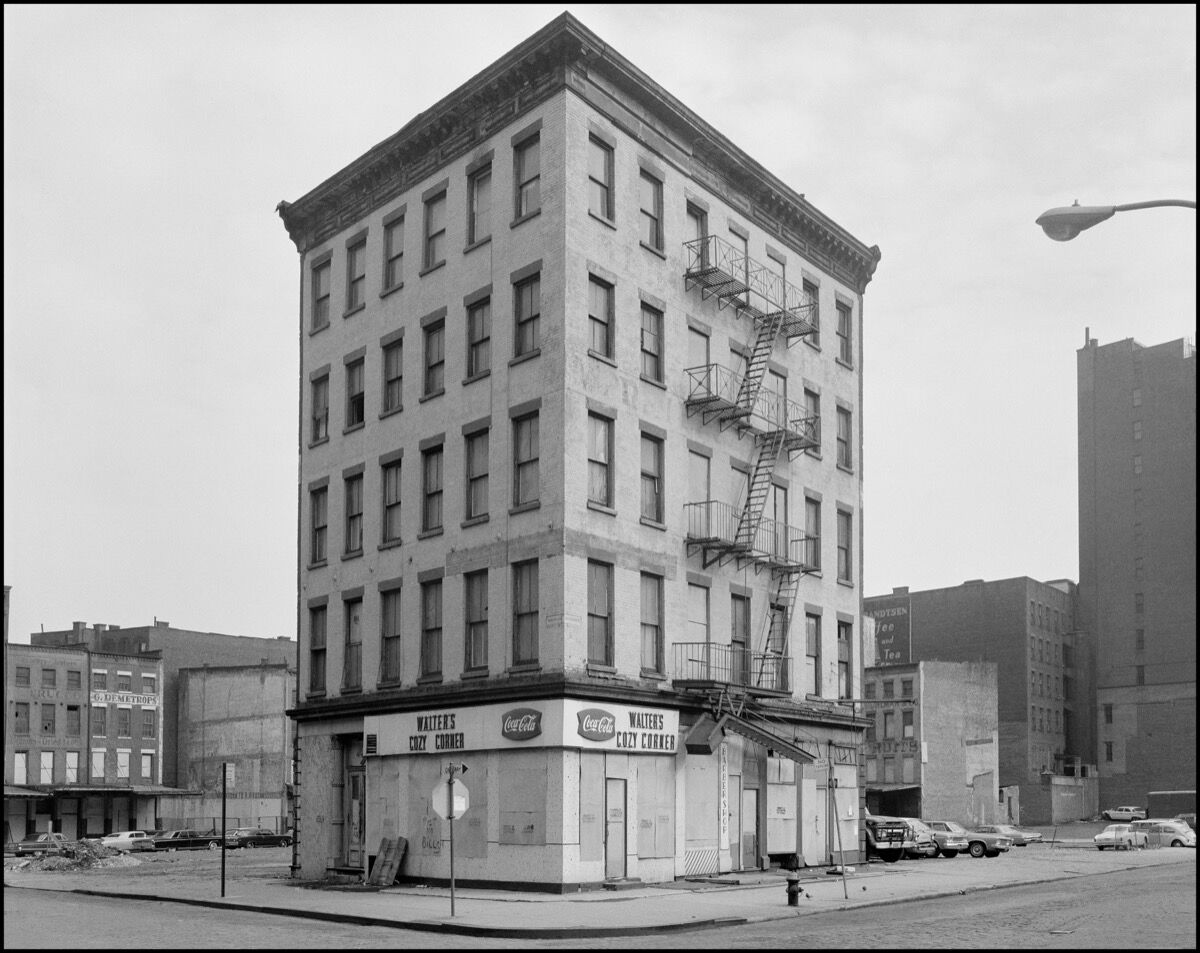 “The show tries to capture what it was like to look at art in the 1950s and ’60s, and I do it by removing the art-historical frame, the formal lineage that you’re used to—
Abstract Expressionism
,
Neo-Dada
,
Pop
,
Minimalism
. If you take that away and you [frame it with] the artist-run spaces instead you start to see how a variety of visual strategies coexisted,” Rachleff explains. “You can look at this moment far more broadly, in terms of the aesthetics that the artists established—not art historians, not critics—and so you’re seeing it on the artists’ terms. It’s really what downtown looked like, when you re-include women and non-white artists,” she says. “We also take seriously the artists who were working in a way that is more social-political,” she adds, in reference to the post-World War II, Cold War climate of the time.
Although it’s a selection drawn from some 20 to 30 artist-run spaces that ran downtown during this time, Rachleff presents a more complete picture of the area during this period, which is often solely remembered by the 10th Street co-op galleries. Those galleries are nonetheless given their due attention, and it’s the opening of the first two prominent galleries of this type, Tanager Gallery and Hansa Gallery, that led Rachleff to begin the time period the show covers with 1952.
In addition, Rachleff gives a view into how artists outside of the exclusive circles of dominant uptown dealers like Leo Castelli, Sidney Janis, and Julien Levy were staying afloat, forging their own platforms and paths in order to create new work and share it with the public. The show ends in 1965, at which point Pop art dominated the New York art market and distinctions between downtown and uptown attitudes and approaches to art were solidified. 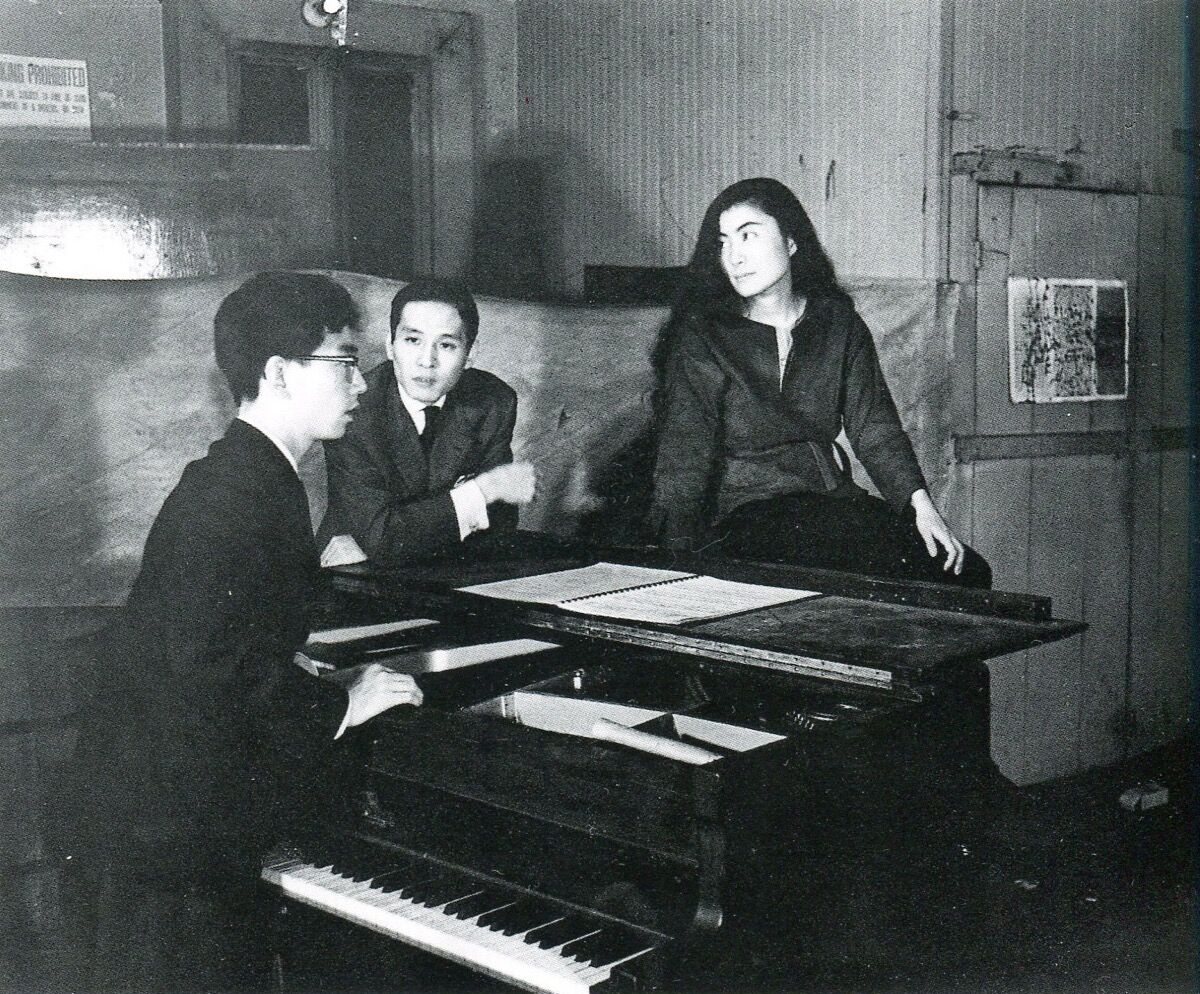 Advertisement
Rachleff happened on this subject while preparing to teach a course at NYU that would explore the history of artist-gallery relationships in New York. She found a gaping hole in her syllabus between the pioneering Peggy Guggenheim’s Art of This Century gallery, which closed in ’47, and the legendary Virginia Dwan’s eponymous New York gallery that opened in 1965. This led her dig into the storied “9th Street Art Exhibition,” led by Castelli in 1951, the great influence of which she would trace to the co-op galleries that would take root the following year—Tanager Gallery and Hansa Gallery. “The 9th Street show was an abstract art show. It had a work by
Rauschenberg
, but also work by
Pollock
,
de Kooning
, and
Franz Kline
; a mix of older artists and younger artists together, and that show catalyzed the formation of a number of galleries,” Rachleff explains. “The artists began realizing that this was amazing to see all of this work together, work that you couldn’t go to a museum to see, and the only other way to see it was if you knew the artist and could go to their studio.”
And while the show begins with co-op galleries—collective artist-run spaces in storefronts run like co-op apartments where members pay monthly dues to cover expenses—Rachleff was intent on representing the variety of distinct models from that time.
Red Grooms
and
Jay Milder
opened City Gallery in Grooms’s Flatiron loft, and Grooms would later set up Delancey Street Museum in a studio in a former boxing gym;
Yoko Ono
ran a performance program out of her studio at 112 Chambers Street; Aldo Tambellini began his space, The Center, when he set up a makeshift sculpture park in a lot near his backyard in the Lower East Side; the
Spiral Group
, a collective of 15 African-American artists which formed just before the March on Washington, kept a storefront for discussion on Christopher Street, where they held a show in 1965.
That Spiral Group show, “First Group Showing: Works in Black and White,” would be the only one they put on there, though the discourse developed during that time, in the thick of the Civil Rights Movement, was critical. “The crux of the issue they were discussing was ‘Should we be doing an all-black artists show? Isn’t Civil Rights about integration? Do we risk being identified as black first, artists second by exhibiting this way? How do we define culture and what role do we ascribe to race?’” Rachleff explains. The March Gallery similarly championed political motives, particularly when it was helmed by
Boris Lurie
, who moved to New York with his father after surviving four Nazi concentration camps. 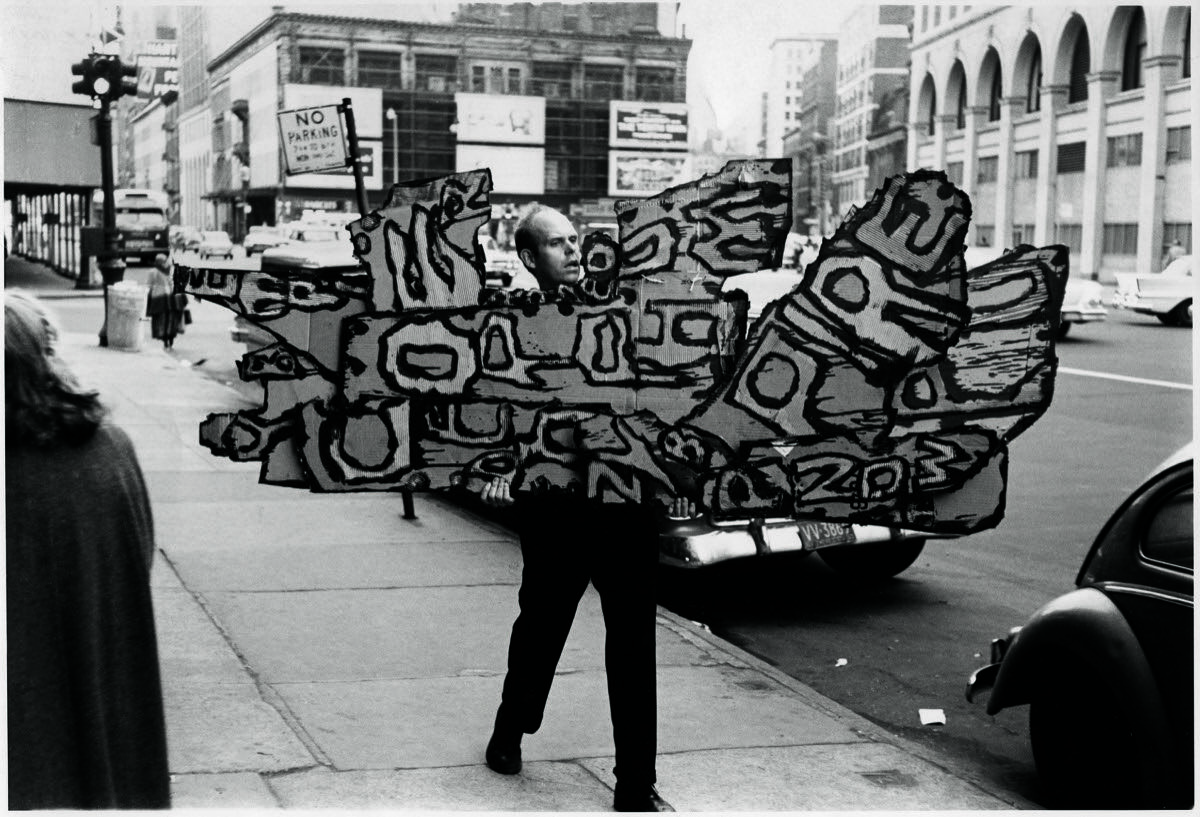 “Inventing Downtown” makes it expressly clear that these artist-run galleries were hotbeds of experimentation, producers of iconic exhibitions that sent ripples through the art world. It was at Reuben that
Allan Kaprow
put on his first “Happenings,” and also hosted iconic shows of now-famous artists like
Claes Oldenburg
’s “The Street” (1960). Though more important than individual shows were the overarching trends that disseminated through artist-run spaces and into artists’ studios.
“It wasn’t like the person working in a geometric way wasn’t looking at somebody who did a portrait. They’re all drawing from one another,” says Rachleff. “
Richard Stankiewicz
was one of the first people to really think of using the gallery space environmentally in the way he installed sculptures, and that catalyzed Allan Kaprow to really think of an exhibit more as a staging, and that led him to move off the canvas and into the literal space.” In addition, she points to the figuration that could be seen at Hansa and Tanager, like portraits by
Alex Katz
, which would contribute to the beginnings of Pop. She also describes the multifarious approaches to abstraction, from the expressionist works of
Perle Fine
to the sweeping colors of
Ed Clark
, one of few black artists working with the 10th Street galleries, who made paintings with a brush used to sweep the floor.
“The idea of this show is to complicate, not to simplify,” Rachleff explains. And indeed it does. It’s an in-depth look into a small slice of New York’s art history, where artists called the shots. At artist-run spaces they made decisions and started conversations that would reach far beyond the confines of downtown.
Casey Lesser is Artsy’s Lead Editor, Contemporary Art and Creativity.
Related Stories