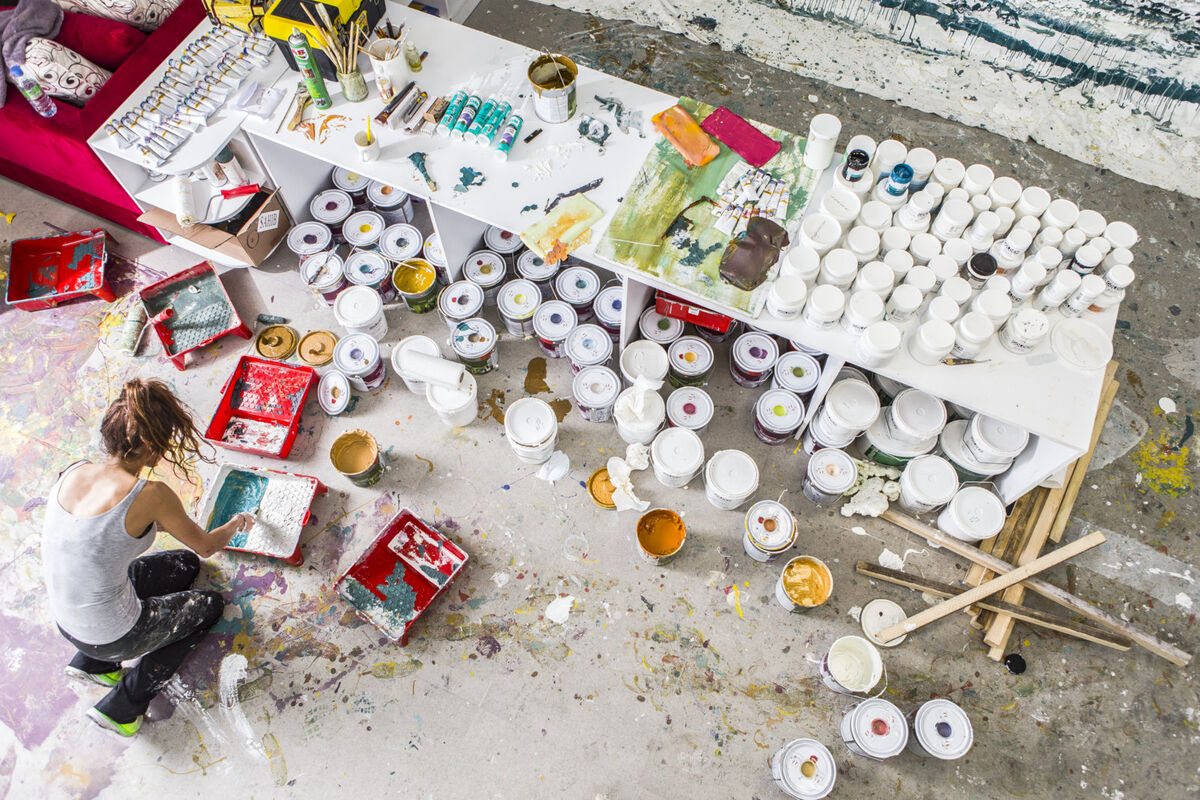 Azerbaijani art schools, says artist
Aida Mahmudova
, are still firmly rooted in the past. As in many of the post-Soviet states, she notes, there are no courses that teach modern mediums such as photography or video.
Instead, “they teach artists how to paint well or how to make sculptures well,” she says. “They very much concentrate on academic teaching rather than a contemporary way of thinking.”
So when she founded YARAT, a non-profit arts organization in Baku, one of her priorities was to develop an educational program that would allow young artists to experiment outside the bounds of the Azerbaijani school system. This goal was realized in 2016, when the YARAT Academy debuted with a mixture of classes, workshops, and lectures from both local and international instructors.
But the school is just one branch of Mahmudova’s multifaceted organization. Founded in 2011, YARAT unveiled a commercial gallery in 2012 and several studios for its artist-in-residence program in 2014. In 2015, the YARAT Contemporary Art Space opened in an abandoned naval headquarters dating back to the Soviet era.
The 22,000-square-foot exhibition space was the latest addition to Baku’s rapidly-developing institutional landscape, catalyzed by a 2007 presidential decree calling for the “improvement of museum affairs in Azerbaijan.” The city has seen a string of museum openings in recent years: the music-centric International Mugham Center of Azerbaijan in 2008, the Baku Modern Art Museum in 2009, the Zaha Hadid-designed Heydar Aliyev Center in 2013, and the Azerbaijan Carpet Museum in 2014. 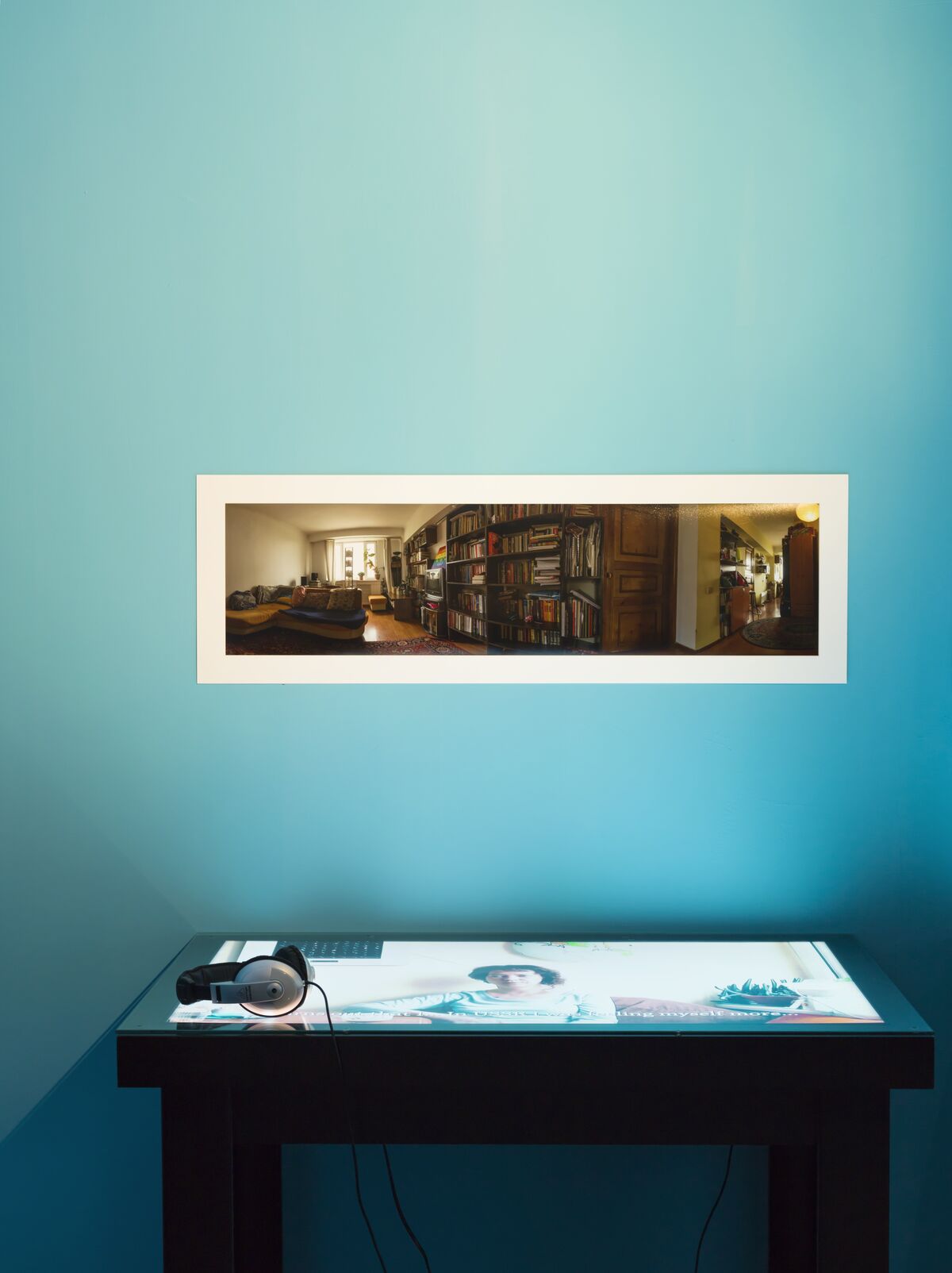 Of these newly-constructed institutions, YARAT is the only one to focus exclusively on contemporary art—an emphasis that appears to resonate with the public. Visitors to the YARAT Contemporary Art Space jumped by 88 percent between 2015 and 2016; Mahmudova says the space currently sees over 30,000 visitors per month.
On view through October is an exhibition titled “Suns and Neon Above Kazakhstan.” It’s the first in an annual series focusing on post-Soviet countries, with the intent to facilitate global access and understanding of artmaking in under-recognized geographies. As artistic director Bjorn Geldhof notes, there’s a long history of art in Kazakhstan—but most international attention centered on a brief period in the mid-2000s.
“The younger generation, for example, never got the attention that the generations from the early 2000s got,” he says. “And that’s just because at that time, the country opened up and international curators were very interested in what was going on. They picked up on some of these practices and put them into the foreground. That doesn’t happen now, even though the scene has only become more powerful.”
Geldhof says this is the first show that brings together various phases of the Kazakhstan art scene—from an older generation indebted to Moscow conceptualism to a younger group critiquing the “nationalistic euphoria” of the ’90s. By doing so, he offers a broader and more nuanced look at both the artistic and sociopolitical development in the country. Advertisement
“It shows a shift,” he says, “Not just a generational shift, but also a shift within the society.”
Each of these shows, says Mahmudova, will also be accompanied by in-depth research into the country’s culture—from art to literature to music—that will be published online, in English.
“We try to translate a lot of works we have developed and put it on the internet so people have access to this information,” she explains. “Because if you go online, you can’t find any information in English about Azerbaijan or Kazakhstan or Uzbekistan art—not contemporary art, but 20th-century art. There’s nothing there.”
In fact, much of YARAT’s work is about building awareness. “Before, people didn’t even know there were artists in Azerbaijan,” Mahmudova says. “People would think there’s no contemporary art, but art is everywhere.”
Even locally, she says, people have become increasingly conscious of Baku’s artistic community. “Five years ago it was different,” she notes. “Only artists and people who had previous interest in art were part of the artistic scene. Now we have other types of people from different career paths that are interested.”
Mahmudova tells the story of two women, both bankers, who attended several art courses at YARAT. “They wanted to become curators, so they came to our academy. One of them left to London after she applied to a curatorial course,” she says. “It changes people’s lives.”
Abigail Cain
Related Stories