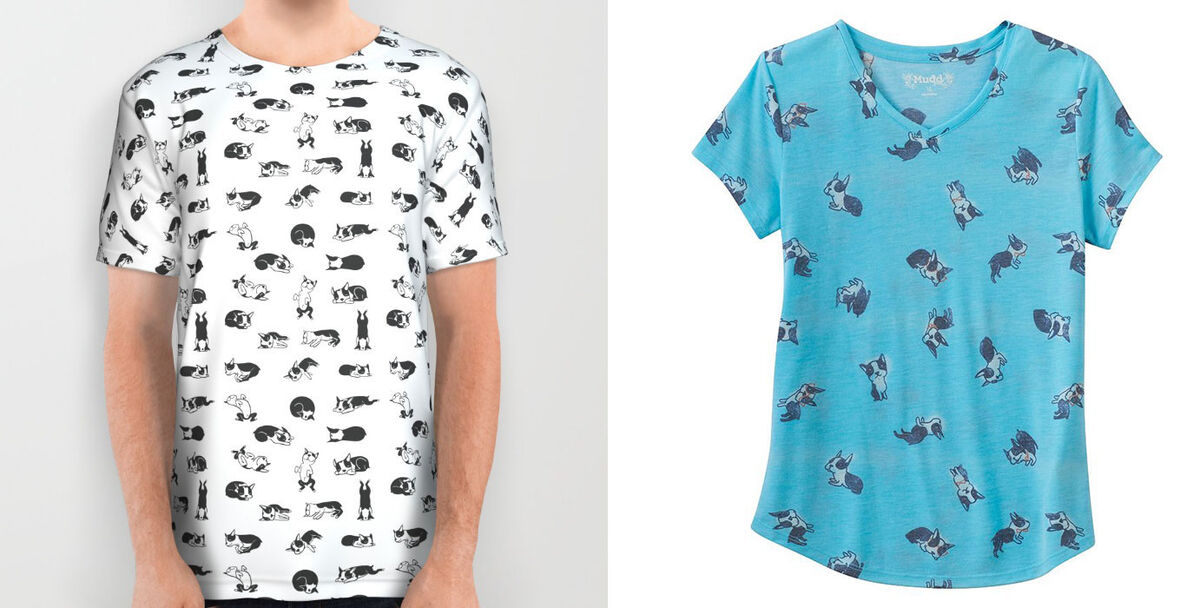 Yet another major clothing company is facing allegations that it stole the work of an independent artist without permission or payment. In court documents filed late last week, L.A.-based illustrator Lili Chin has sued mega-retailer Kohl’s and two clothing manufacturers for what her complaint calls “flagrant” and “willful” copyright infringement, along with other allegations. Chin claims that Kohl’s sold t-shirts and socks that ripped off her drawings, thus disregarding her rights and profiting from her illustrations. The document asserts that despite several requests to cease sale of the allegedly infringing clothing, Kohl’s continues to stock them on store shelves. Along with damages and other relief, Chin is seeking an immediate injunction halting sales.
The works at the heart of the dispute come from an “infocomic” poster titled Doggie Language that Chin created in 2011. The series featured numerous endearing drawings of dogs—modeled off of Chin’s own Boston Terrier—and quickly went viral. Chin’s work has appeared across the internet and social media platforms, and even in a World Health Organization outreach campaign. In 2013, Chin registered the copyright for Doggie Language with the federal government—an act that strengthened pre-existing copyright protections she already held by default. Broadly, such copyright laws afford visual artists a bundle of rights that allow them to economically benefit from their creations. Chin also signed her work and included a clear copyright notice.
According to the complaint, filed by the law firm Kushnirsky Gerber PLLC, Chin was first made aware of the alleged infringement in April of 2016. A friend reached out after seeing a t-shirt for sale at Kohl’s, the nation’s second-largest department store, with drawings of dogs very similar to those created by Chin. The friend was actually congratulating Chin, for what was assumed to be a successful collaboration. But according to a press release issued by the artist at the time she filed her lawsuit, Chin was “blindsided” by the company’s sale of clothing with her drawings. There had been no attempt by Kohl’s or the t-shirt manufacturers to contact her about using the work.
Then in August, an individual alerted Chin that Kohl’s was selling another article of clothing with designs resembling Doggie Language, this time a pair of socks created by a company named K. Bell, which is also a defendant in the lawsuit. “It was upsetting to see these crappy tracings of my work,” Chin wrote in an email to Artsy. The t-shirt and the socks were produced by Kohl’s house brands Mudd and Sonoma, respectively. And on both products it appears that Chin’s drawings had been slightly changed or rotated. (Chin’s complaint includes side-by-side comparisons and overlays of the illustrations, which highlight the similarities.) 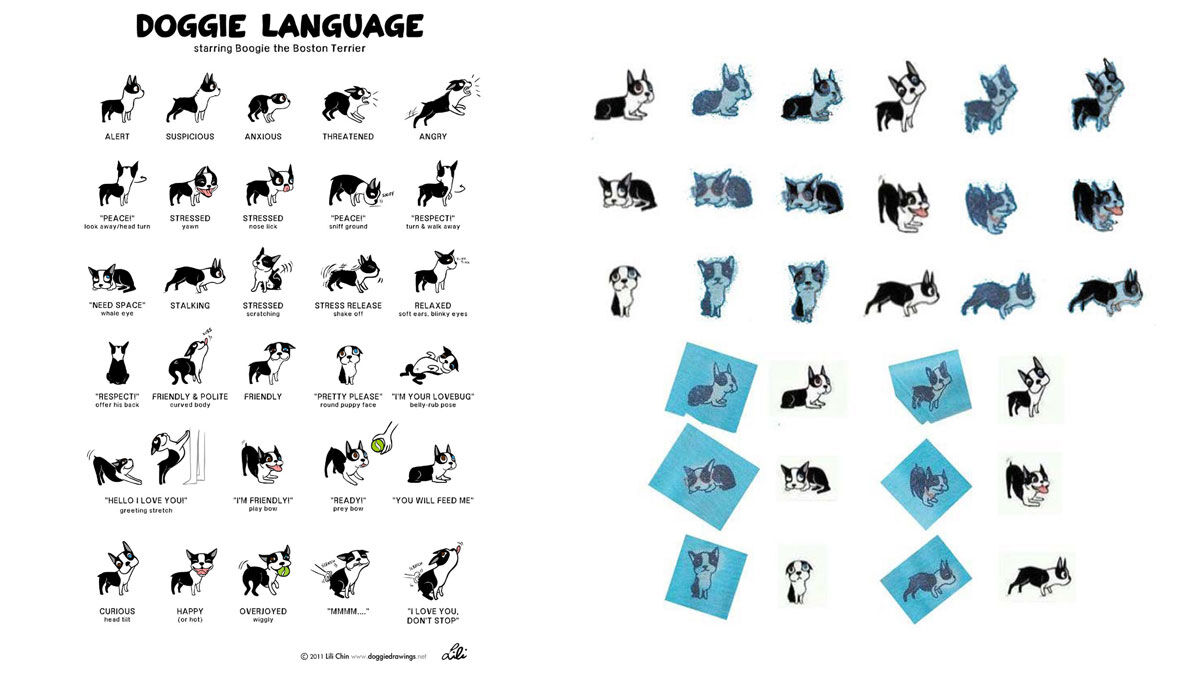 The complaint further asserts that despite receiving several letters, starting in July, demanding that sales of the clothes in question be halted, Kohl’s continues to sell these items. As is often the case when an independent artist feels his or her work has been infringed by a more powerful corporation, before litigation Chin initially took to social media, detailing her case and asking for a boycott. “My friends and fans have been amazing and supporting in bringing awareness to this rip-off,” Chin said, pointing to an online petition that garnered some 3,200 signatures. In a Tumblr post, she highlighted the immense disparity of resources between a major company like Kohl’s—which reports annual sales in excess of $19 billion—and herself, writing that she believed a lawsuit would be “ridiculously expensive for a solo artist like me.” That Chin did end up suing is indicative that there are ways for artists to pursue litigation, even if it seems like they lack the necessary means at the outset.
Along with copyright infringement, Chin is also accusing the company of unfair competition. Such laws are meant to protect both companies and consumers from deceptive business practices. In laying out her case, the complaint argues that Kohl’s removed both Chin’s name and the copyright information clearly included with Doggie Language. This improperly associated Chin’s work with the fashion retailer in a way that would mislead buyers to “mistakenly believe that Ms. Chin is somehow affiliated with or associated with these goods when in fact she is not.”
The lawsuit is seeking an injunction halting sales, along with punitive damages and actual damages of $25,000 per infringement violation. Because Chin submitted her drawings to the government for copyright protection prior to the alleged infringement, Kohl’s will be forced to pay her attorney fees should she win. That same filing also means that Chin can elect to receive statutory damages, which can reach as high as $150,000 per infringement. Statutory damages allow a plaintiff to receive a set amount of money, rather than just damages calculated by the degree of actual economic harm, a figure that can be much lower. Still, it remains to be seen if this case actually makes it into a courtroom. Most infringement lawsuits are settled prior to any actual verdict. That Chin filed her work with the U.S. copyright office provides her additional leverage should she look to settle.
Instances of independent artists charging major fashion companies with copyright infringement have received growing attention recently. Such allegations have ensnared numerous prominent brands, from Zara to Topshop. Neither is this the first instance in which Kohl’s has been charged with copyright infringement by an independent illustrator. In 2010, an artist named Heidi Panelli hit the company with a lawsuit arguing that it used her design of a stick-figure playing the guitar on a t-shirt it sold. The outcome of that case is unknown. In a coincidence, Chin brought her infringement case against Kohl’s just a few days days before the store announced a 1.5 million dollar donation to the Milwaukee Art Museum.
As Chin’s claim moves through court, a solution to the broader problem remains elusive. In her same Tumblr post from last month, Chin asked that consumers be vigilant and refrain from purchasing clothing from brands accused by artists of infringement. Though lawyers can provide help, the seeming increase in these types of cases is cause for concern. Copyright infringement lawsuits can be emotionally draining, and it is impossible to know how many artists choose not to speak up. And the theft of artists’ work denies them not only their livelihoods, but the creative recognition that is so important to those who pursue art as a profession.
Indeed, when asked what she hopes to receive from her lawsuit, Chin offered only one word: “Justice.”
Isaac Kaplan is an Associate Editor at Artsy.
Cover image: Photo by Matt Mozart, via Flickr.
Related Stories 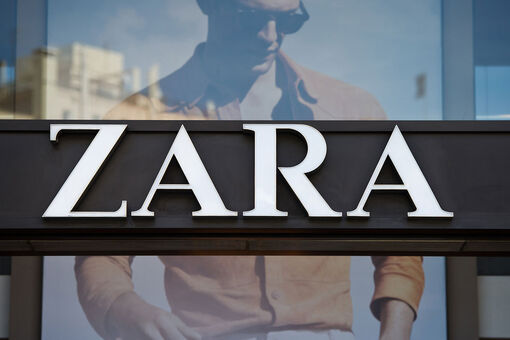 How Artists Are Fighting Back against the Fashion Industry’s Plagiarism Problem
Isaac Kaplan
Sep 19, 2016