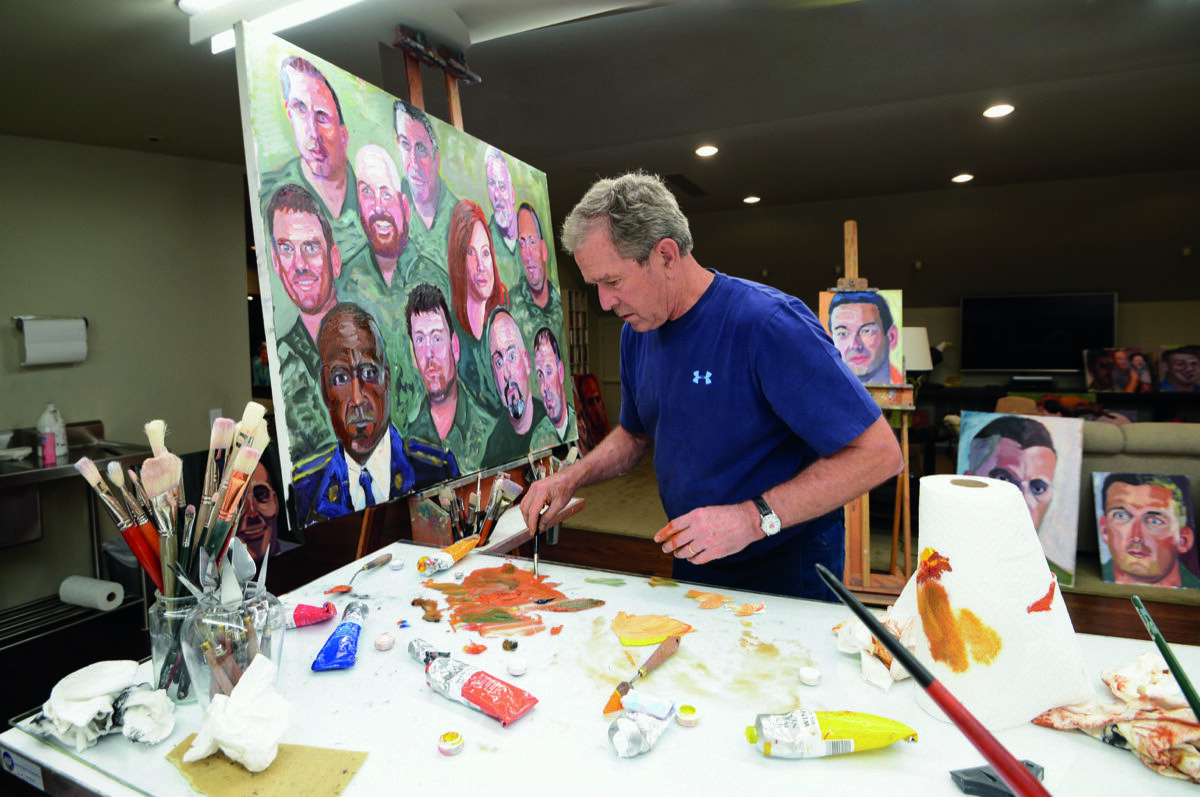 One day in early 2012, Dallas-based artist
Gail Norfleet
got an unexpected phone call from her friend, fellow artist Pamela Nelson. “She said ‘Gail, I have a student for you!’” Norfleet remembers.
Norfleet had been teaching on and off for years, ever since earning her MFA from Southern Methodist University in 1972. Usually these were courses at a local community college or, occasionally, private classes for small groups. But these would need to be one-on-one lessons, Nelson explained, because this was no ordinary student. Former president George W. Bush wanted to learn how to paint.
“I was speechless,” Norfleet says.
Nelson, a close friend of both Bush and his wife, made the introduction. Norfleet soon met the Bushes in person at their Dallas home, kicking off her two-year stint as an art teacher for the former political leader. The pair met for three hours each Monday, in a home office that had been transformed into a studio. “Laura Bush called it a man cave,” Norfleet says with a laugh.
In 2013, when Bush’s initial forays into painting were revealed via an email hack, his practice was suddenly thrust into the spotlight. These early works, including bizarre self-portraits of Bush in the bathtub and shower, spawned countless articles questioning the former president’s new hobby. Now, four years later, he’s again stirring up press with his portraits of veterans who were active in the wars in Iraq and Afghanistan—conflicts that Bush himself began during his presidency. 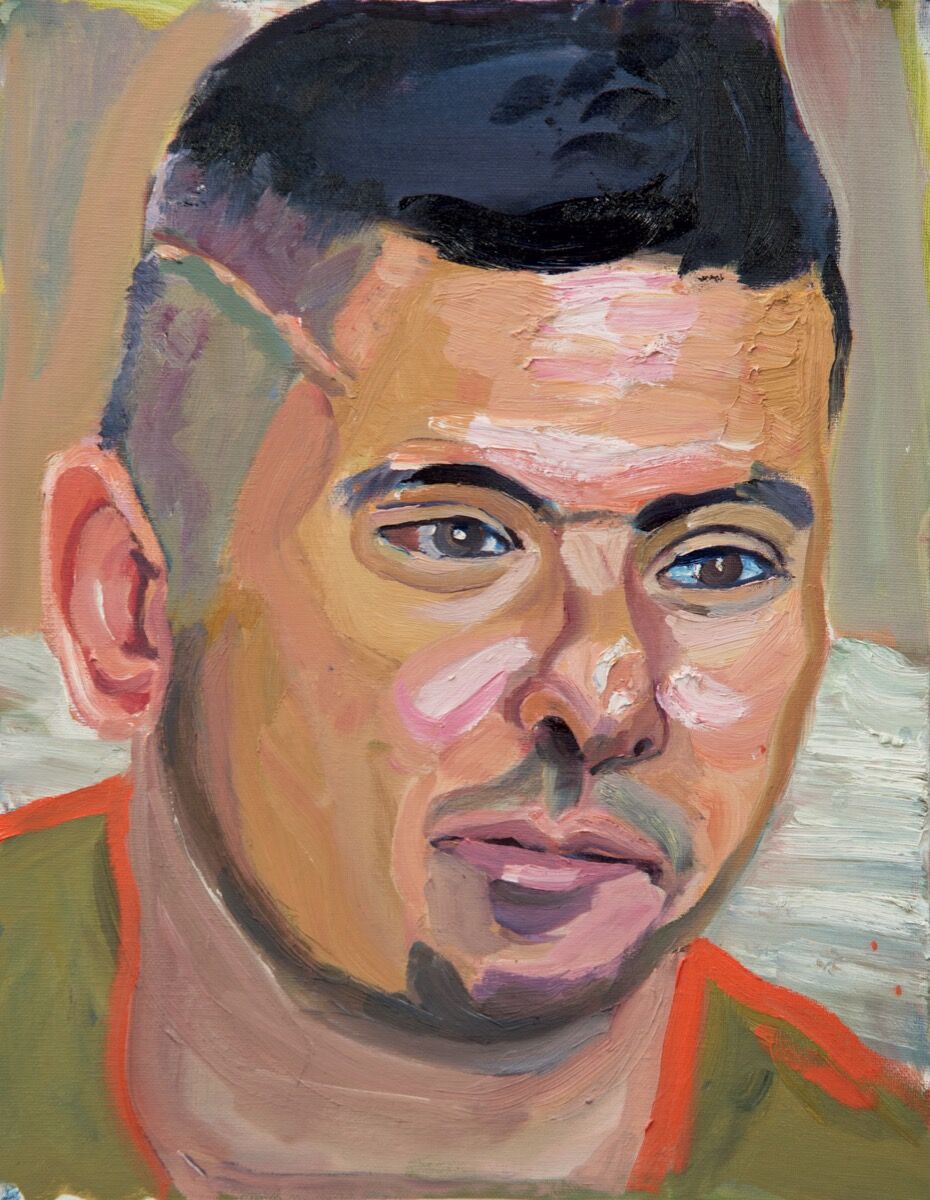 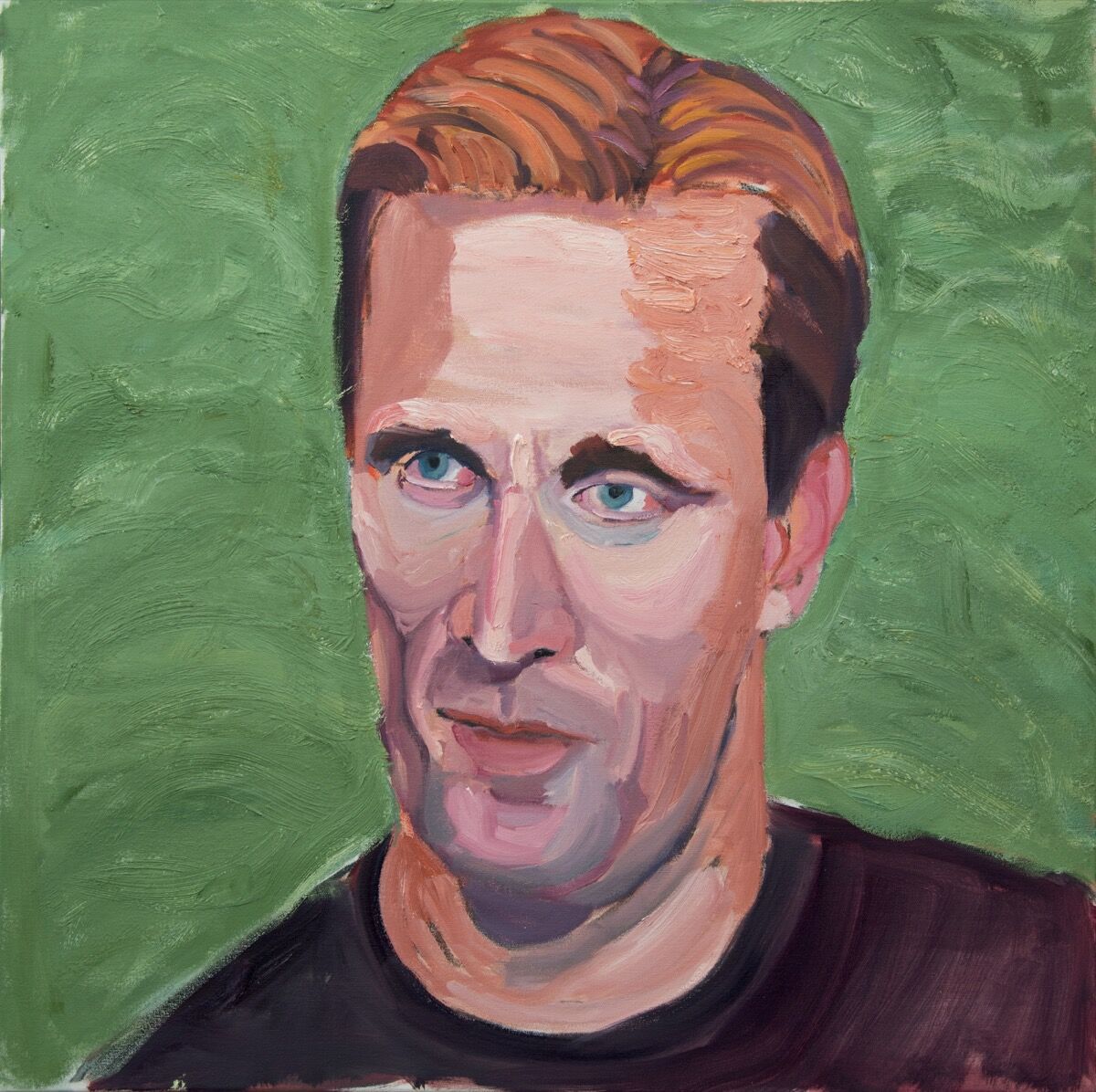 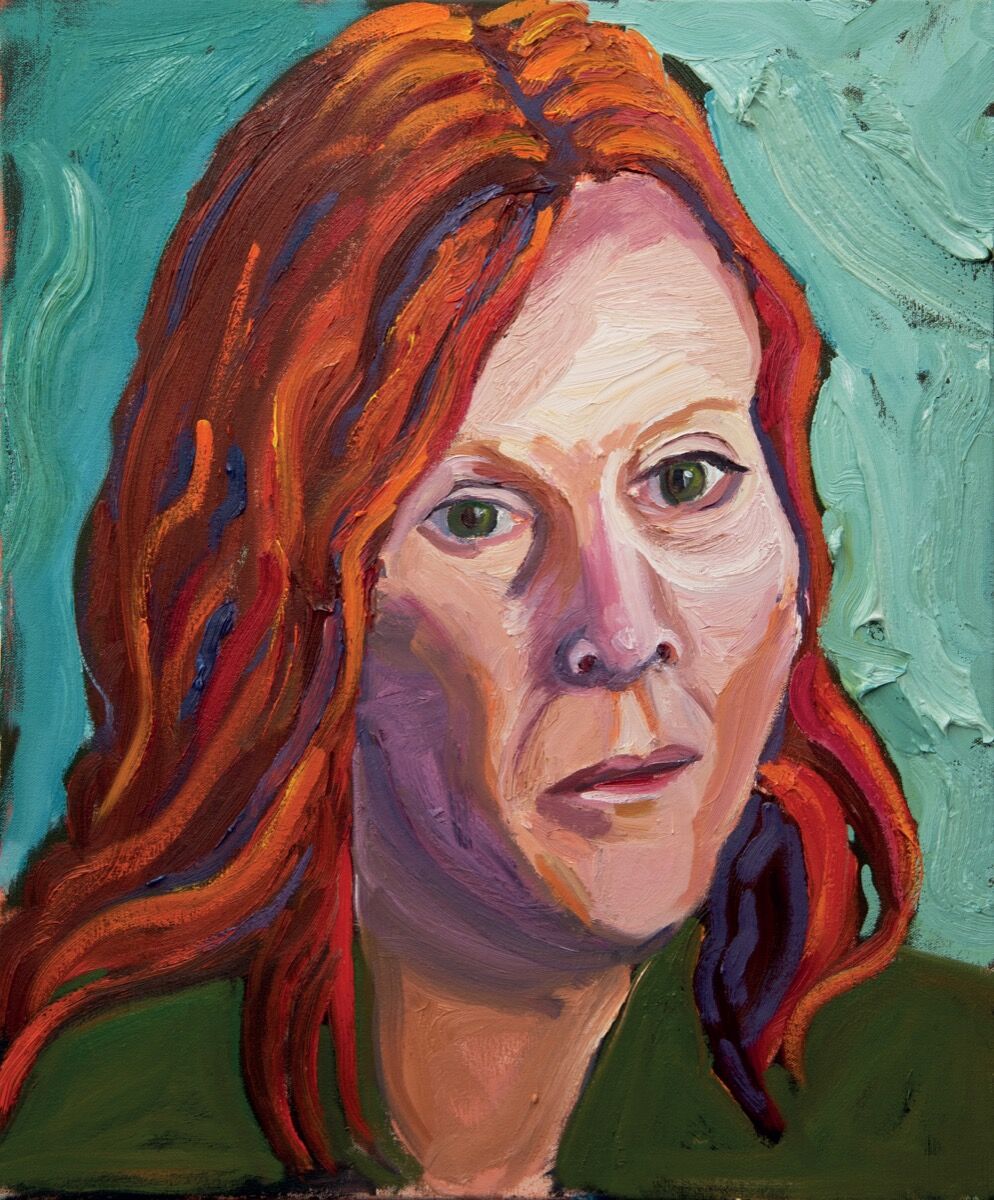 In February, he embarked on a tour to promote Portraits of Courage: A Commander in Chief’s Tribute to America’s Warriors, an anthology of these veteran paintings. Along the way, Bush charmed audiences and joked with TV personalities on talk shows, waxing poetic about embracing his “inner
Rembrandt
.”
Journalists from various publications duly issued warnings about “normalizing” the former president. They reminded audiences that Bush’s current, painterly persona does nothing to redeem the actions he took while in office—something, they noted, that can feel particularly tempting in light of the current administration.
Within the art community, many have warily admitted that Bush has a way with paint. He’s developed his style over the years, working with a string of artist teachers including
Jim Woodson
,
Sedrick Huckaby
,
Roger Winter
, and Bonnie Flood.
It was Norfleet, however, who first introduced him to painting half a decade ago. “He was looking for a new project,” she recalls. Already an avid golfer and bike rider, as well as an active participant in the programming of the George W. Bush Presidential Library and Museum, Norfleet notes that “he needed a new challenge.”
She started him off just as she would any novice in a beginner painting class. “I am fairly traditional,” she says of her teaching style. Her classes begin with exercises to explore oil paint and brushes, before moving on to work with colors, transitions from light to shadow, and, finally, to painting still lifes.
Without fellow students, she worried that the former world leader might be irked by her hovering over his shoulder and critiquing his technique. On the contrary, he reminded her, “I’m used to scrutiny.” 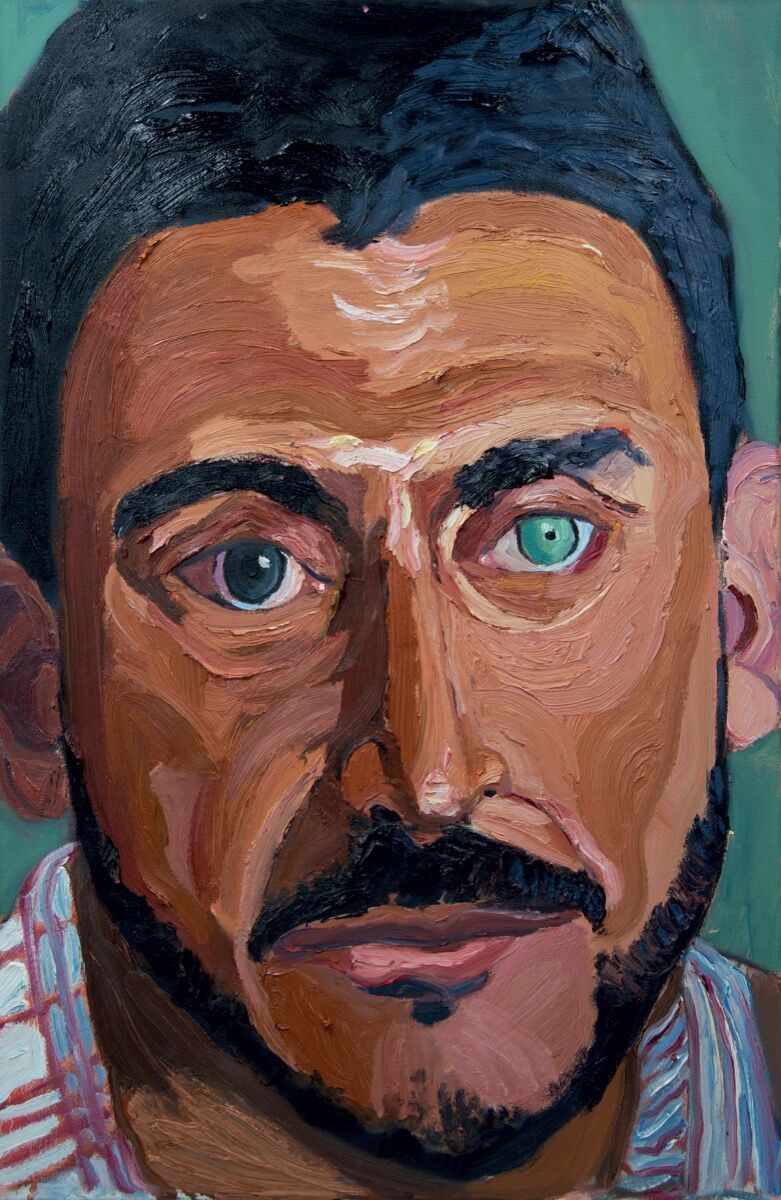 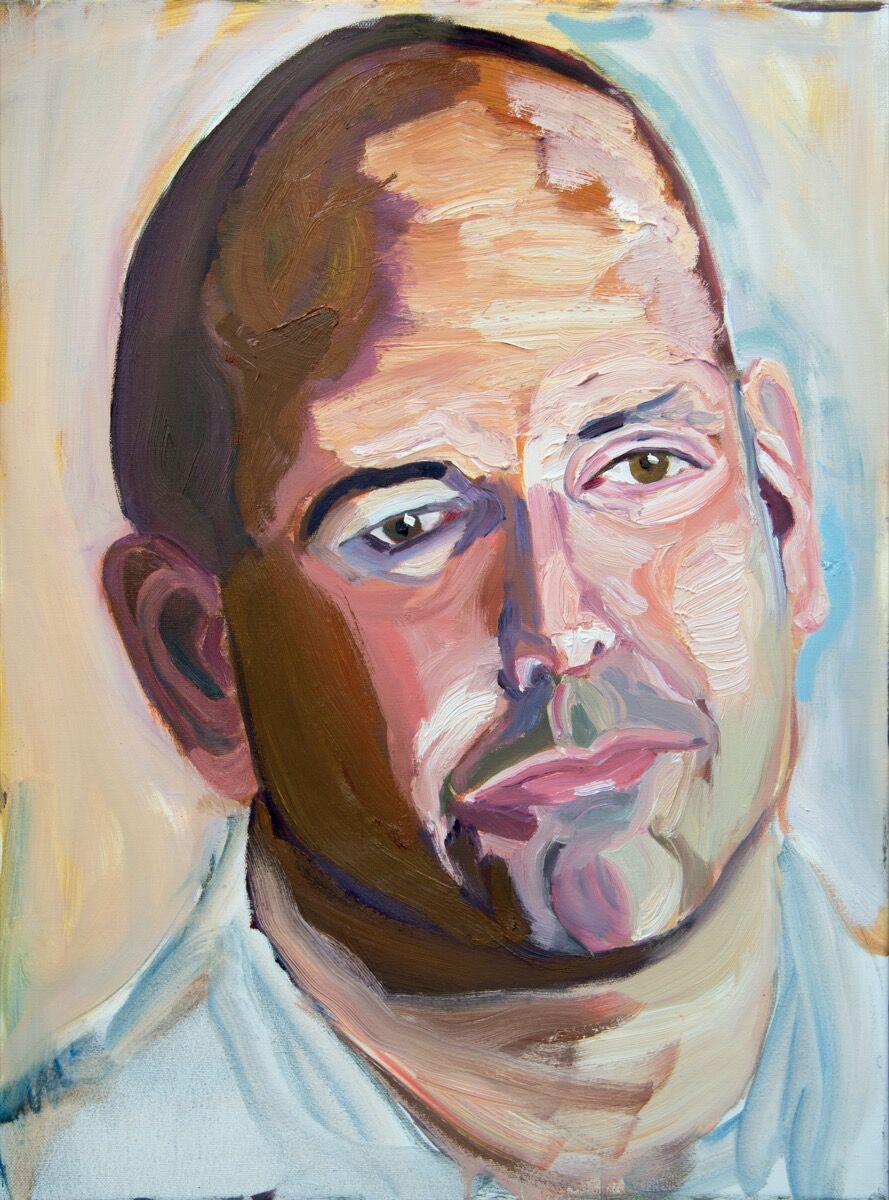 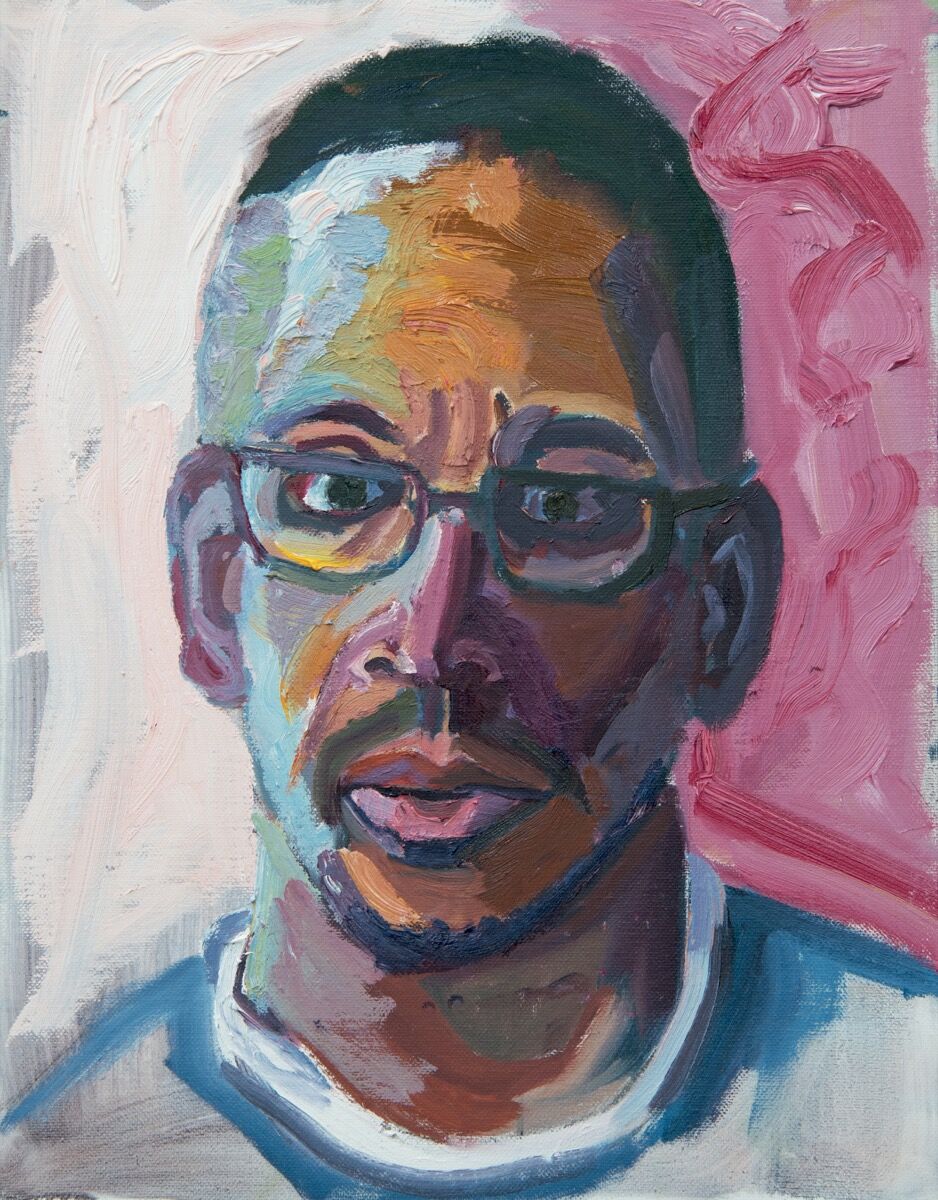 Advertisement
Bush asked Norfleet how to improve, and she told him to keep painting—particularly the things around him that he found interesting. He did so, creating the paintings leaked in 2013; along with his feet poking out of the bathtub, these included several canine portraits and a bucolic church scene. “It kind of took off; he was very prolific right from the beginning.”
Interwoven in their lessons was art-historical context. “It's important for an artist to know where they fit,” Norfleet explains. “At first he was a little bit reluctant to think about art history,” she adds, noting that it took a few months of lessons before he agreed to take an online course through the Museum of Modern Art exploring the development of painting from the 1800s through 1945. She introduced him to the work of
Lucian Freud
, who was at that time the subject of a retrospective at the Modern Art Museum of Fort Worth.
Bush’s competitive nature and confidence worked in his favor. “He was quick, he had a good memory,” Norfleet says. “Oil paint moves; you can put it down and then take it away, and he was not afraid to make marks that were wrong.”
At the time, Norfleet herself was creating figurative work, painting her students in the classroom, as well as people looking at art. “A figurative thing was going on in my head at the time; I was looking at so many different people, which made it fitting when we started the world figures series,” she explains.
Under Norfleet’s tutelage, Bush completed a series of more than 24 world leaders, from his father, George H.W. Bush, to the Dalai Lama. These works went on display at his presidential library in 2014. Since then, other teachers have inspired Bush to delve into new subject matter—most recently the controversial portraits of veterans. 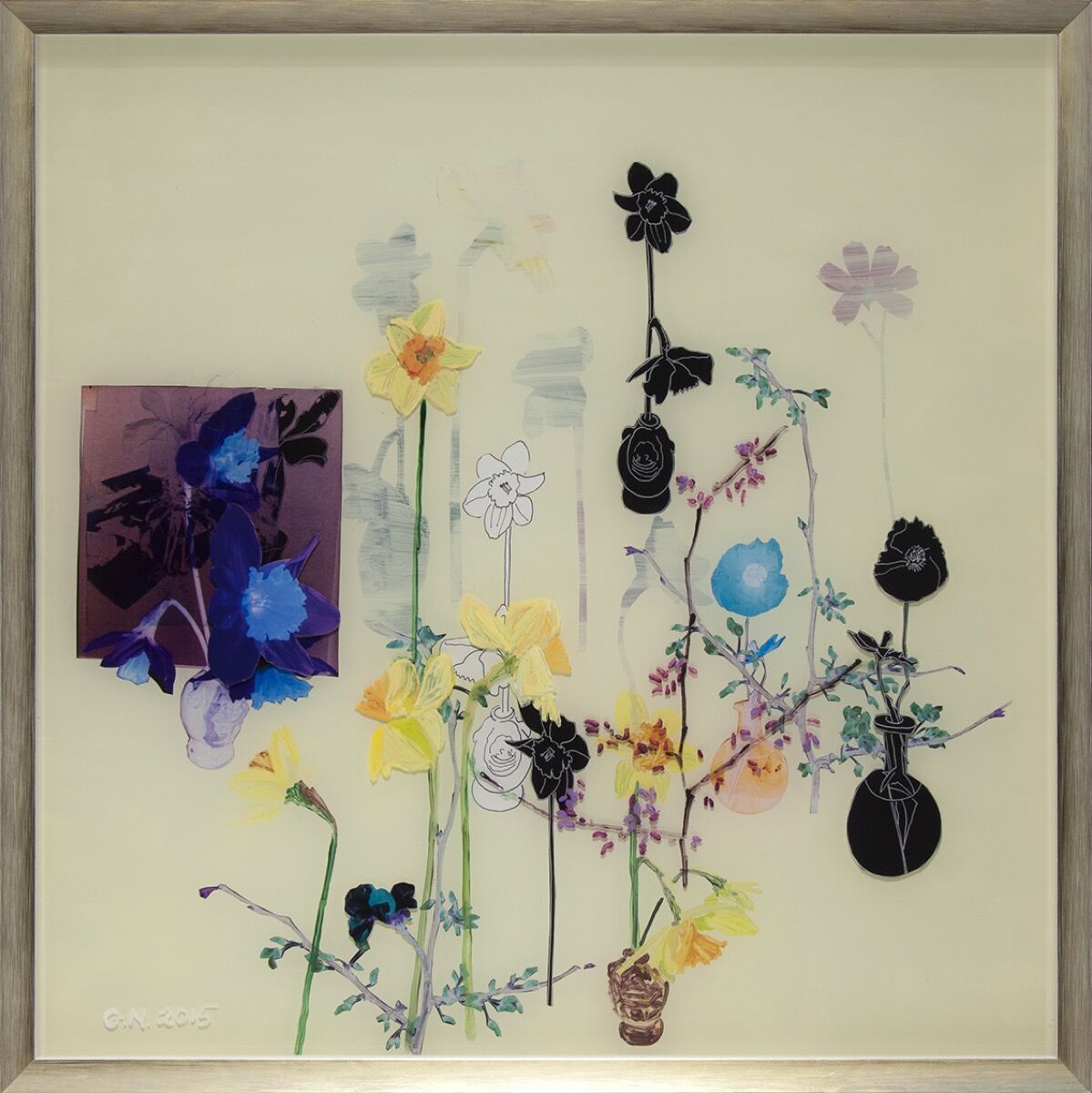 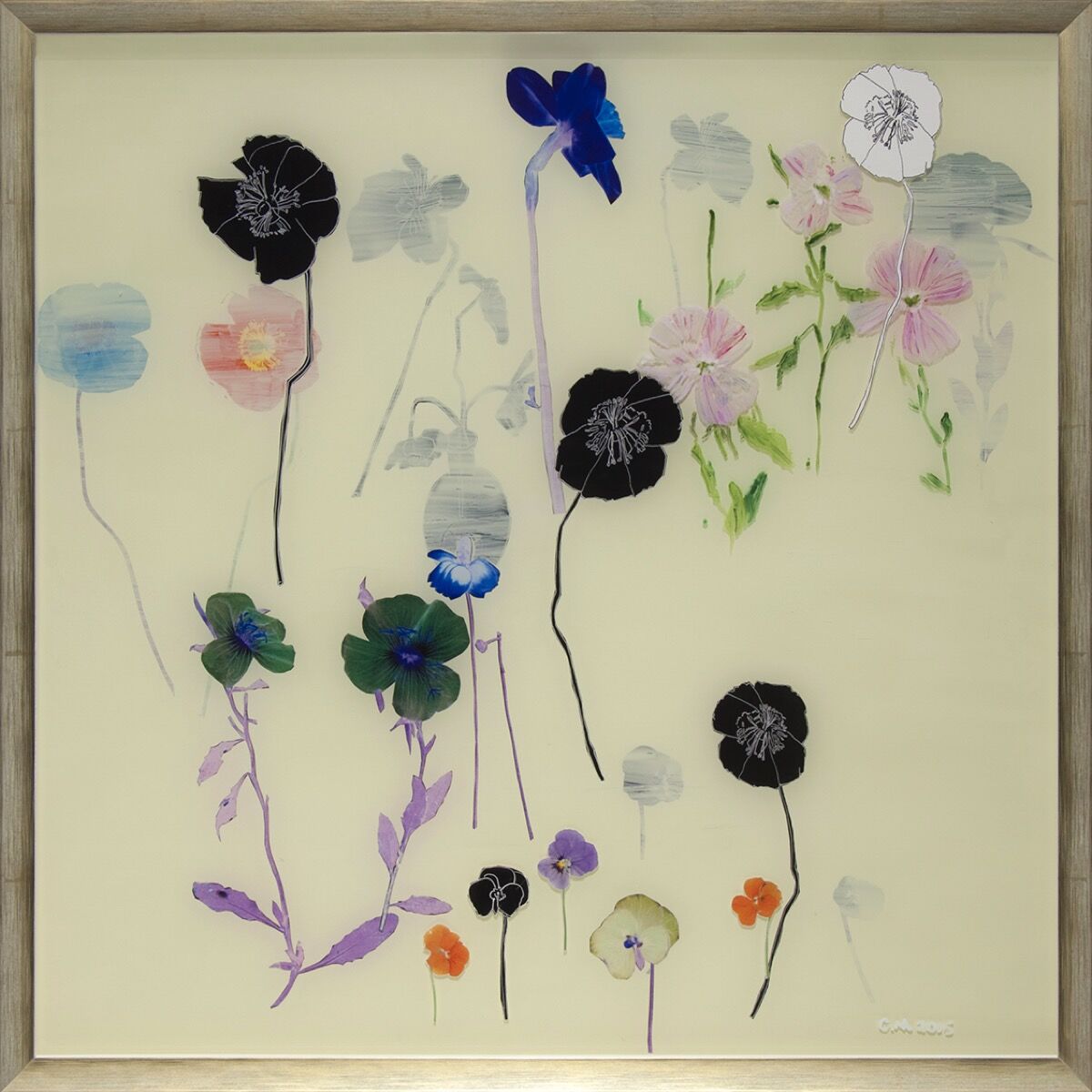 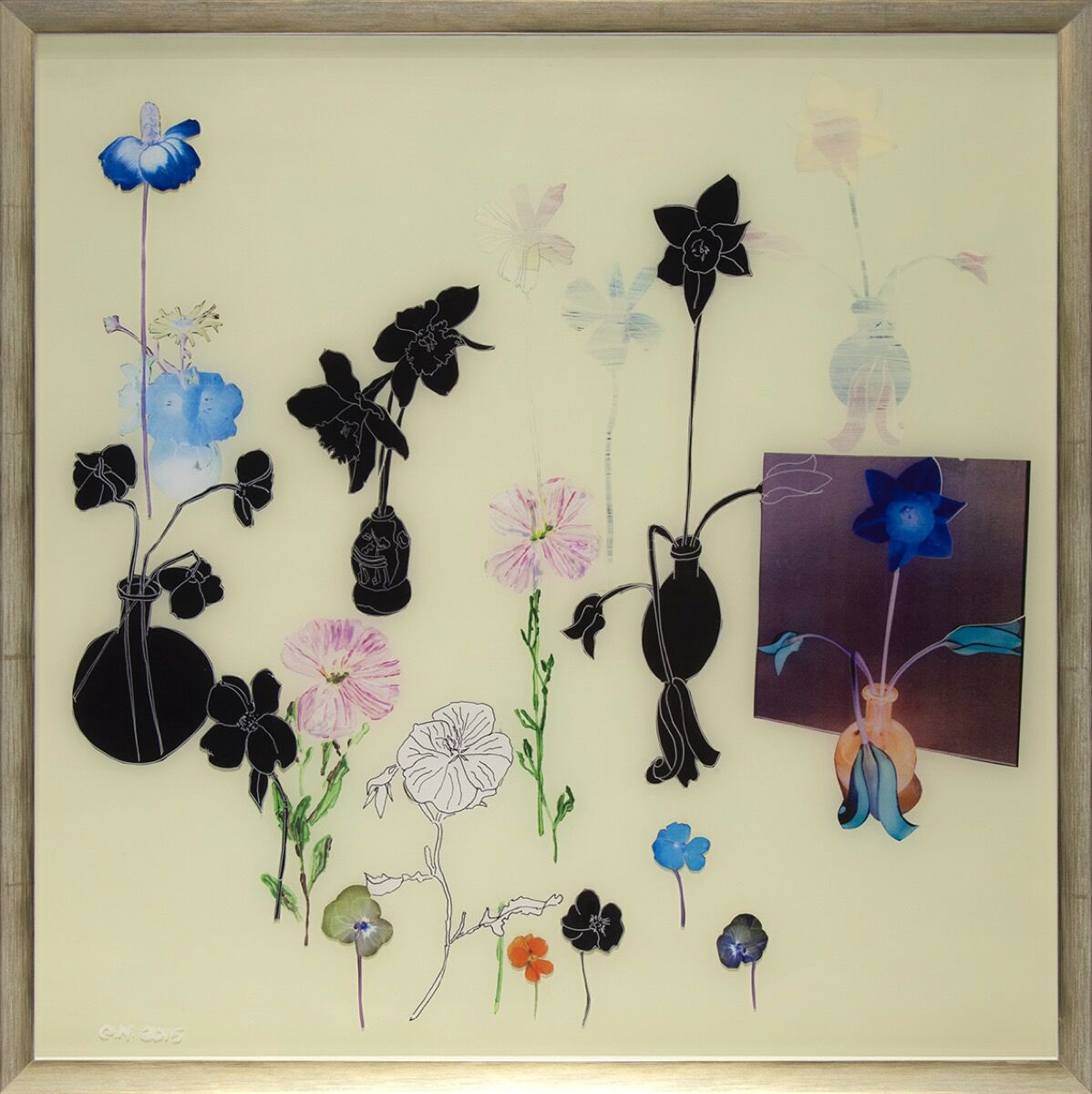 Norfleet’s practice, too, has shifted since her time as Bush’s instructor. Rather than figurative paintings, Norfleet’s most recent works (which will be on view this week at Dallas Art Fair with Valley House Gallery), are collages made with cut paper, photographs, and acrylic paint, which are applied to layers of lucite. These works are inspired by the wildflowers she’s seen while summering in Santa Fe. “I love to go out early in the morning and see what’s bloomed overnight,” she says, adding that her works often deal with the passage of time.
She has also continued to teach. Asked how Bush compared to her other pupils, Norfleet pauses for a moment. He wasn’t her most gifted student, she admits. But he was the most persistent.
Casey Lesser is Artsy’s Lead Editor, Contemporary Art and Creativity.
Related Stories