This Artist Traveled 203,207 Miles to Photograph All of Her Facebook Friends 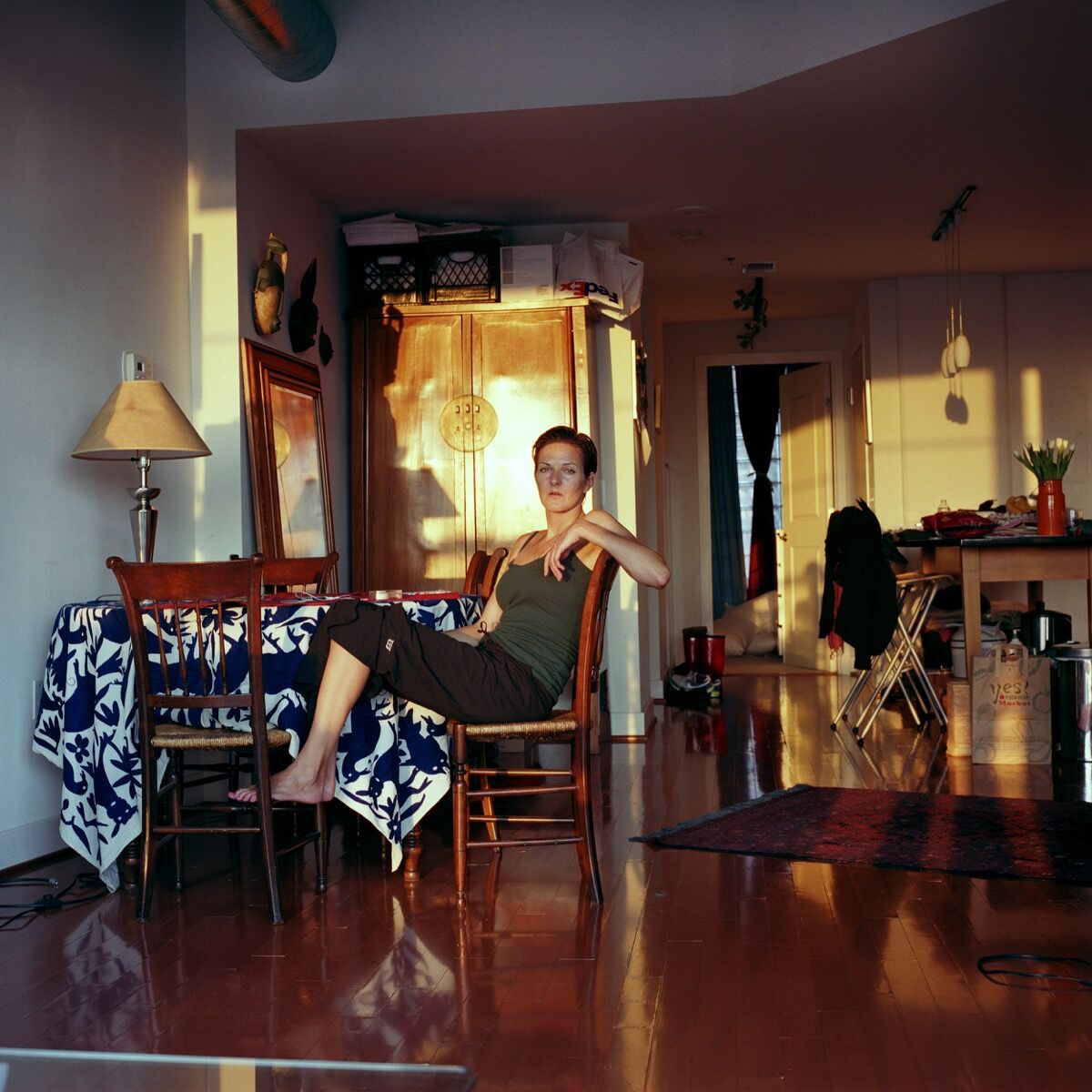 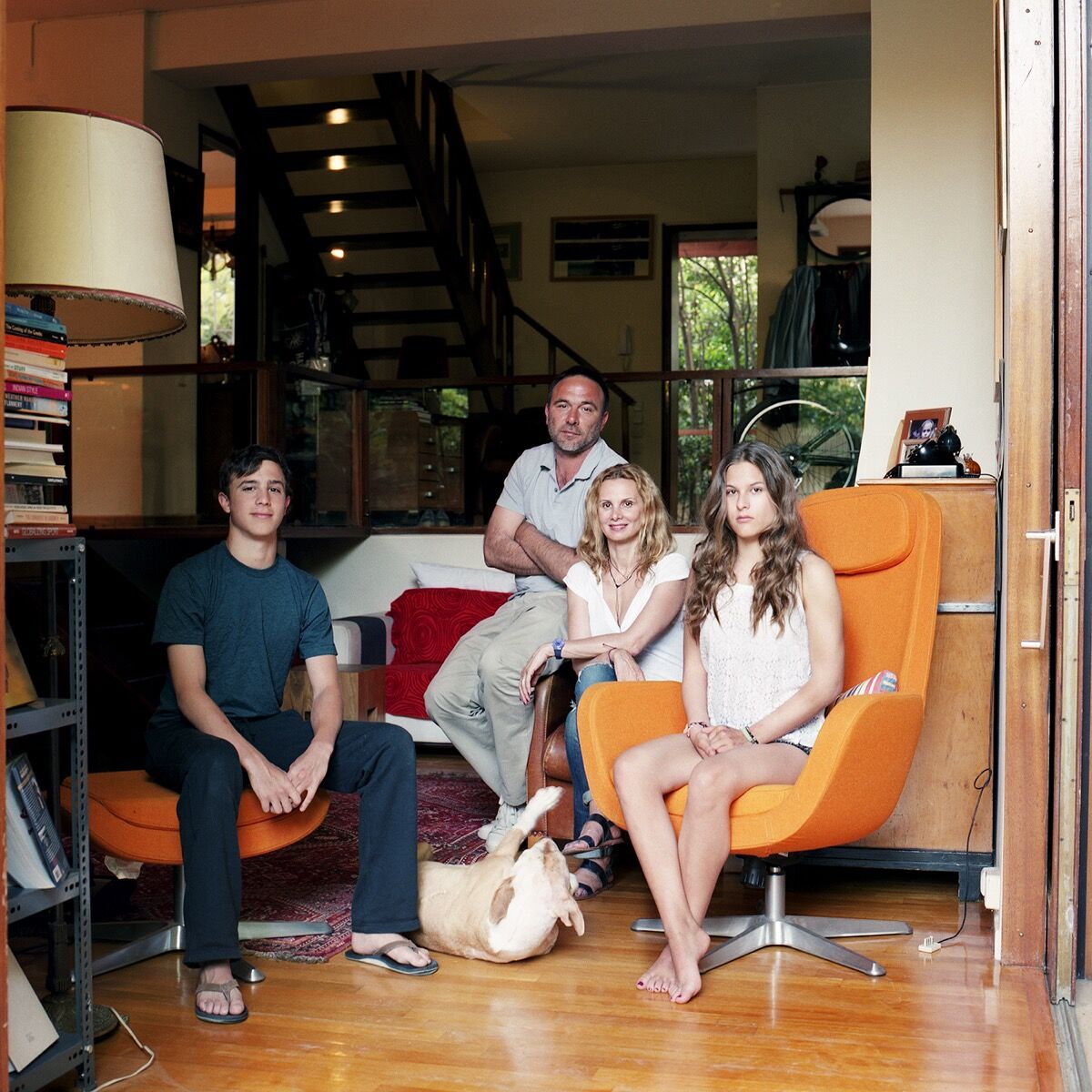 What would you do if your former high school lab partner and now far-flung Facebook friend showed up at your doorstep? And what if she wanted to take your picture?
On New Year’s Eve in 2010,
Tanja Hollander
found herself sitting home alone, perusing Facebook and her throngs of 626 contacts from around the world. That night, naturally questioning the meaning of friendship, she conceived of a unique project to meet and photograph every last one of them. And over the next six years, she did.
In retrospect, Hollander often pinpoints a particular set of circumstances that led to her mission. She recalls chatting online with a Facebook friend who was working on a film in Jakarta; meanwhile, she was writing a letter to a friend who was deployed in the military in Afghanistan. “I started thinking about the nature of friendship and how that’s changed because of technology and social media,” she says. Were her disparate friendships, across time zones and epochs, photographable? And more importantly, were these people even her friends?
From there, with a massive Excel spreadsheet that itemized friends living in a wide variety of places—from a traveling linen truck stopped in Brooklyn, to the outskirts of Kuala Lumpur—Hollander sought to find out. 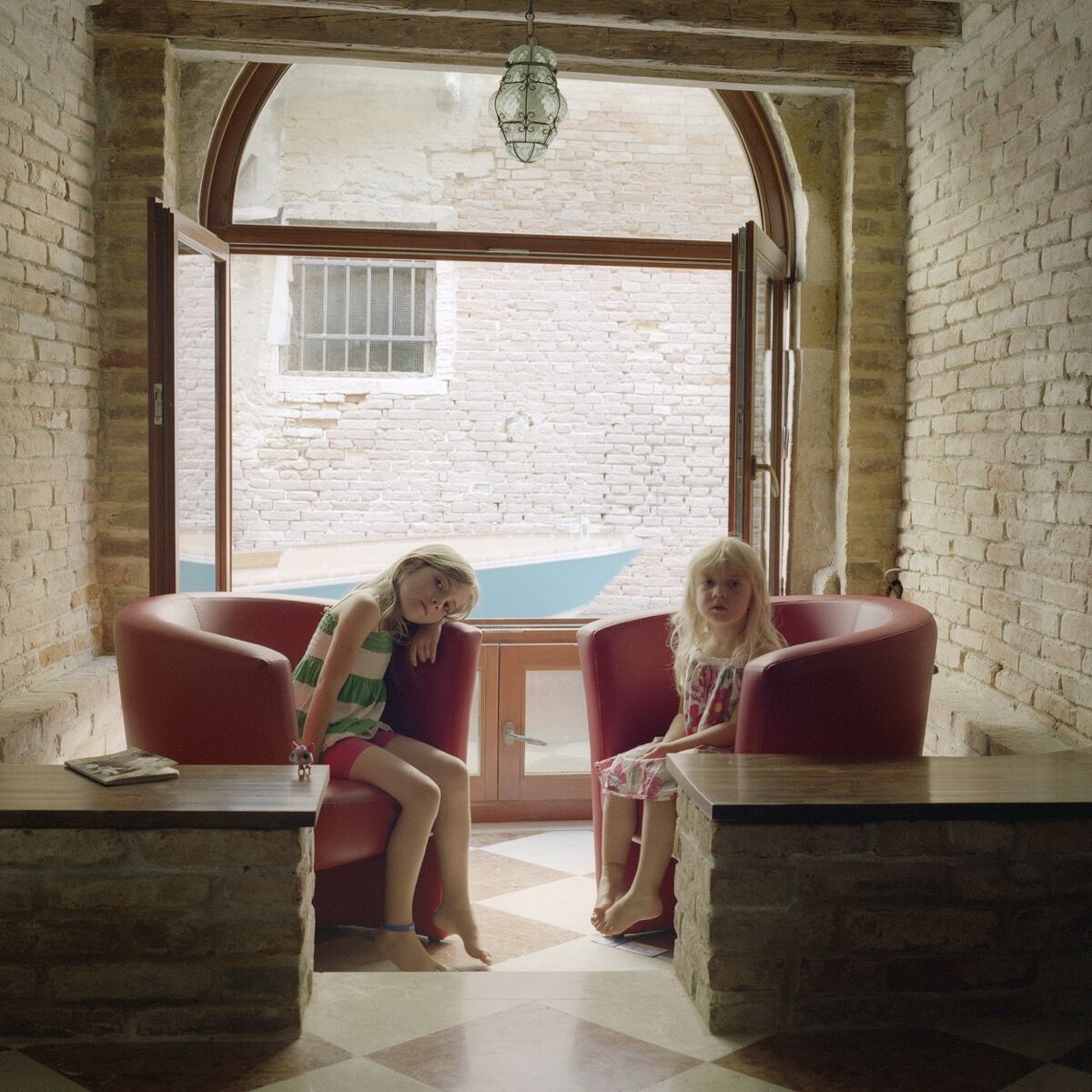 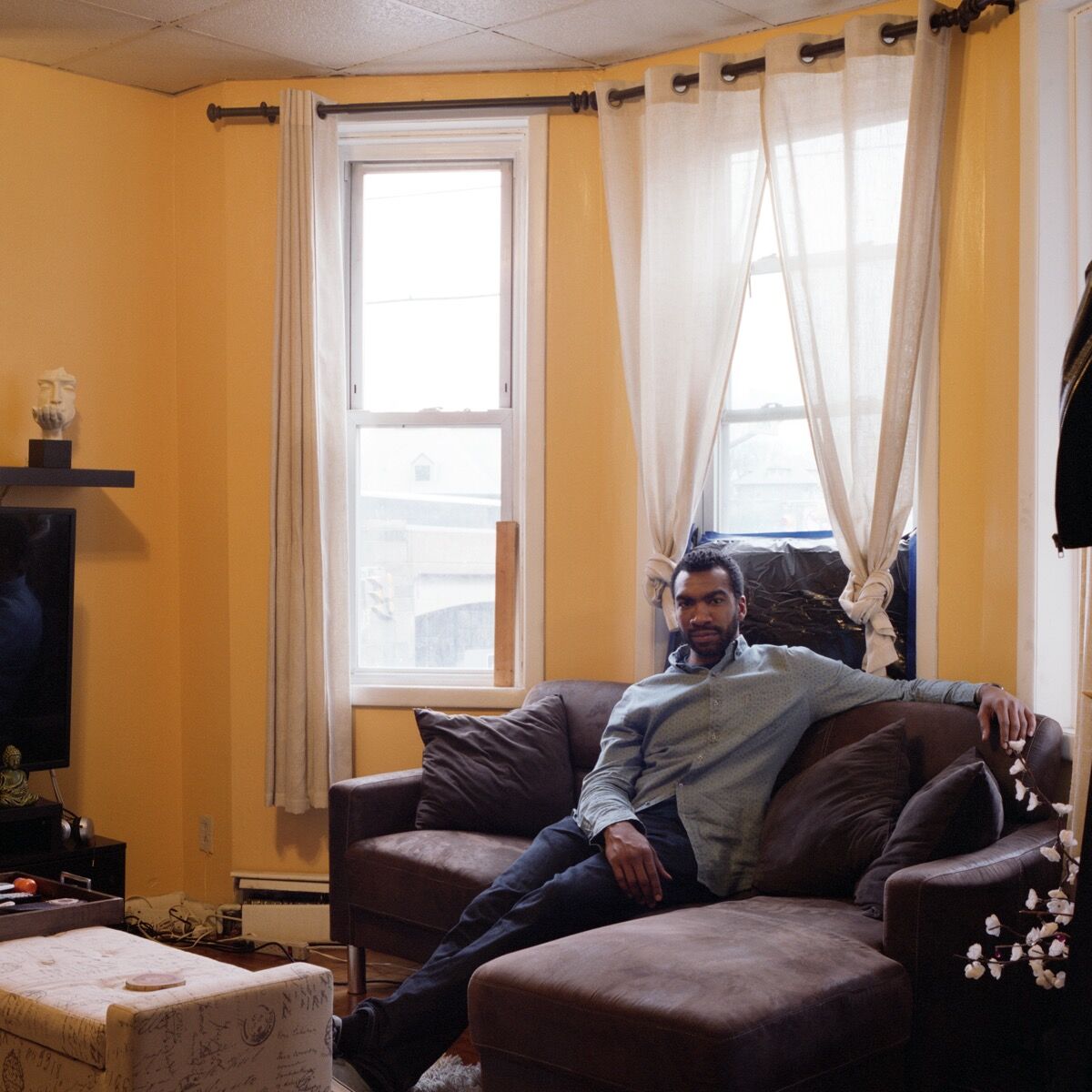 Over the course of the next half-decade, she captured 430 portraits across four continents, 12 countries, and 203,207 miles. She traveled by car, bus, boat, bike, subway, plane, and train, with funds acquired through grants and tireless fundraising. Some of these individuals she’d never met; others she hadn’t seen in decades, like her sister’s sixth-grade best friend, who now lived in Herzliya, Israel, with a newborn baby.
Hollander isn’t alone, of course, in having plenty of Facebook “friends” in name only. On the site, it’s a catch-all term for all manner of relationships: estranged ex-lovers, short-lived colleagues, and people you’ve never met. They all mingle neatly in your news feed, with fewer than 4 percent generally considered close friends.
Determined to experience those fringe friendships in a tangible way, Hollander traveled to visit her first portrait subject in spring of 2011: a friend’s ex-girlfriend, from a relationship in the late ’90s, who was then working as one of President Obama’s official photographers in Washington, D.C. Like all of Hollander’s subjects, she was photographed in her home via Hasselblad film camera for a single, square portrait. In it, she gazes serenely into the camera from a kitchen table, her feet bare and hair wet, as if catching up with a dear friend on a sleepy Saturday afternoon.
“That first shoot was remarkable,” says Hollander. And not only because this loose connection landed her a trip to the White House. “I stayed with her for the week. She gave me a tour of the West Wing and the keys to her car,” she says. “She went above and beyond what the ex-girlfriend of a friend of yours would do.” 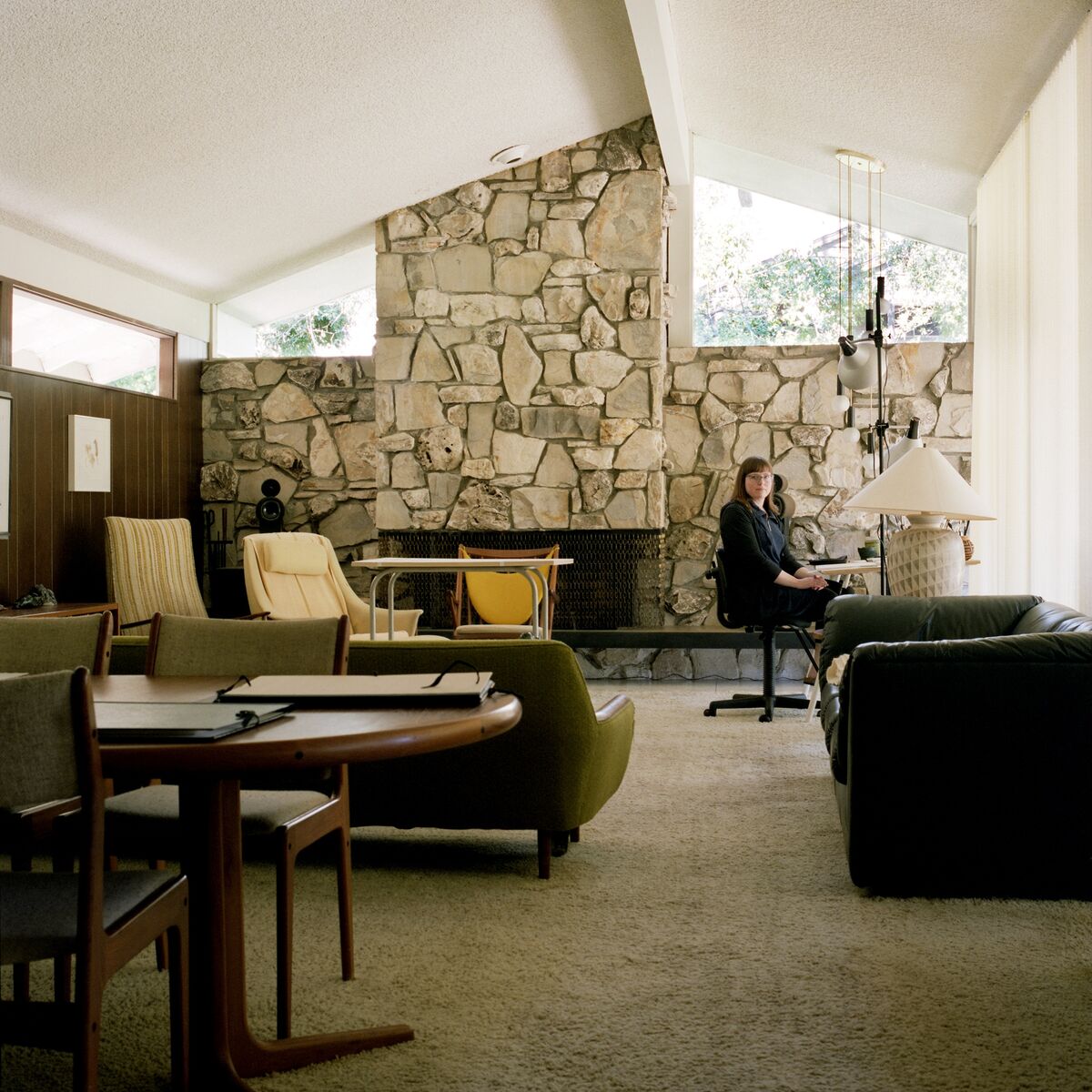 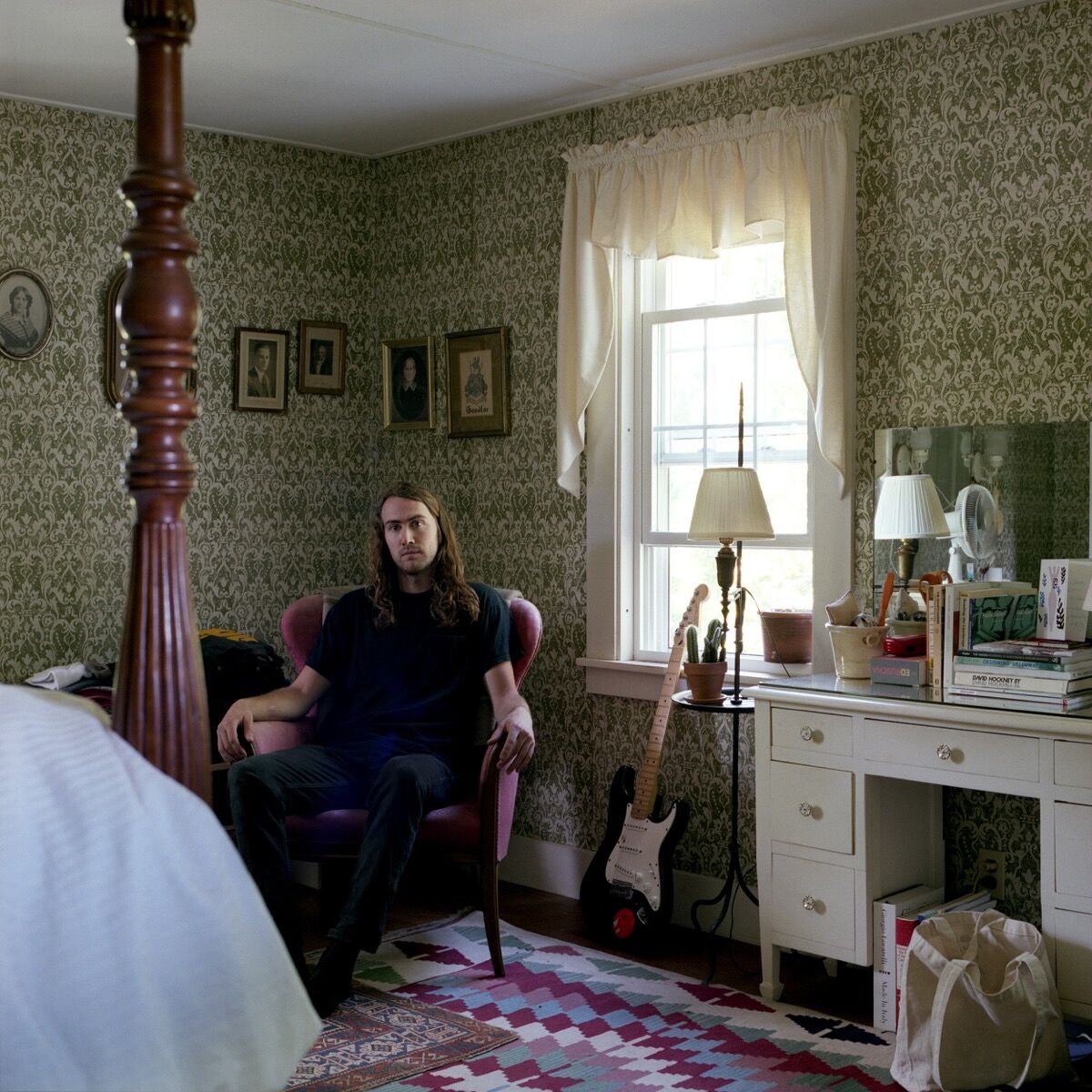 Advertisement
This wouldn’t be the last time a so-called fringe friendship would yield a meaningful, real-life connection. In Greece it was no different. A few hundred shoots later, arriving in Psychiko to photograph Petros Kokkalis, a friend she’d met at Hampshire College and hadn’t seen in roughly two decades. Sure, she was served his Facebook updates from time to time, but Hollander’s visit sparked an unexpected warmth from what was otherwise just a digital acquaintance—and a connection that also included Kokkalis’s family, and a group of locals. “I just got wrapped up in this incredible community of people,” she says, so much so that she’s made two consequent visits to Greece.
Some experiences, of course, weren’t so smooth. In what Hollander thought would be a quick stop in Israel—she planned to travel from Athens to Tel Aviv, take a picture, and go back to see her new pals in Greece—she was detained by security. Israeli security is really strict under the best of circumstances, she says, so try explaining a one-day trip carrying nothing more than a tote bag, three cameras, and a couple of phones.
Other friends, she says, were near-impossible to pin down. That first friend in Jakarta? He had since traveled on to Singapore, then Amsterdam, and on to Bali. As if coming full circle on her project, Hollander finally caught up with him in Oshkosh, Wisconsin, where he’d landed a teaching job. 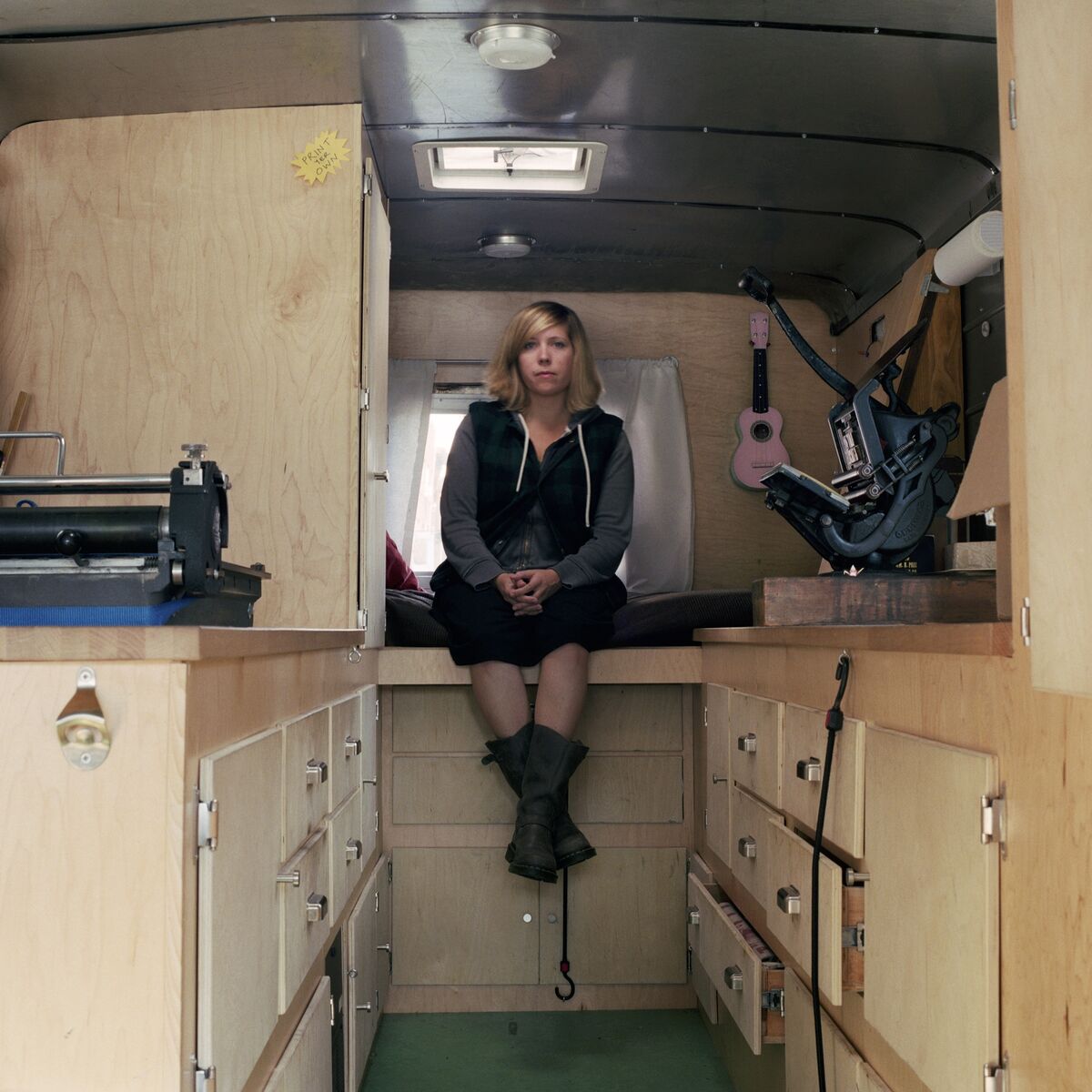 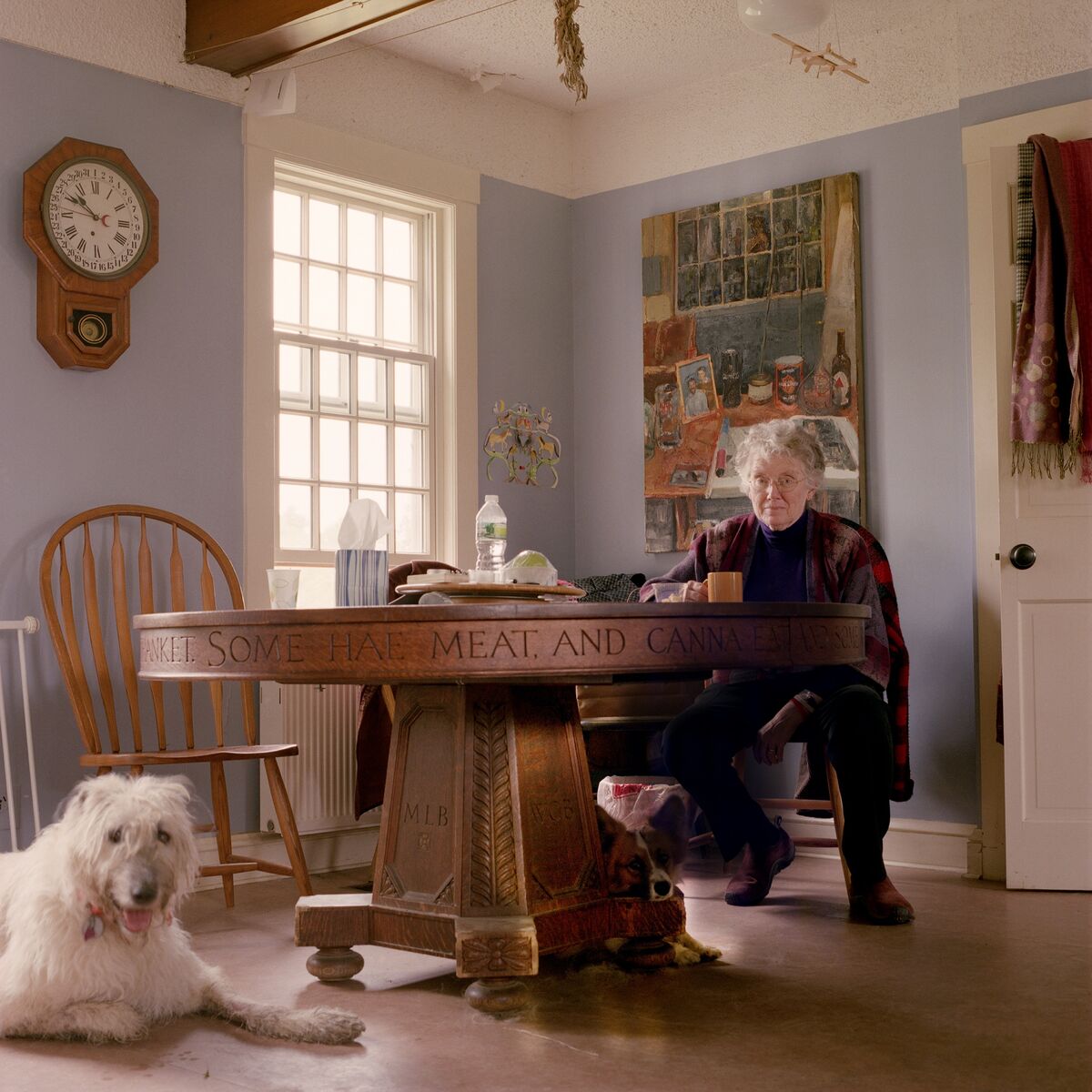 “This was my life 24 hours a day, for six years: constantly hustling,” she recalls. While jetsetting across the globe might admittedly sound indulgent, the reality on limited funds isn’t quite so romantic. “There’s so much uncertainty involved in getting from point A to point B,” Hollander says. “You have to be prepared for any situation to go wrong.”
She reached a breaking point near the project’s five-year mark. While driving between shoots in Dallas and Houston, she wound up in the eye of Patricia, a category five hurricane—at the time, the strongest hurricane ever recorded. She had to pull over to the side of the road and sleep in her car in the midst of the storm. “I thought, Is this what art is? Because if this is what art is, I give up.”
But she didn’t. A couple of weeks later, after photographing a friend from Maine who’d fallen in love with a Scotsman, Hollander stopped over in Paris where, while she sat outside at a cafe, the November 2015 terrorist attacks took place elsewhere in the city.
Throughout all of this, she persevered, and a wild idea sparked on a New Year’s Eve spent by her lonesome is now the subject of a solo exhibition at MASS MoCA (on view through January 2018), a TED Talk, a documentary, and a forthcoming book due in December. 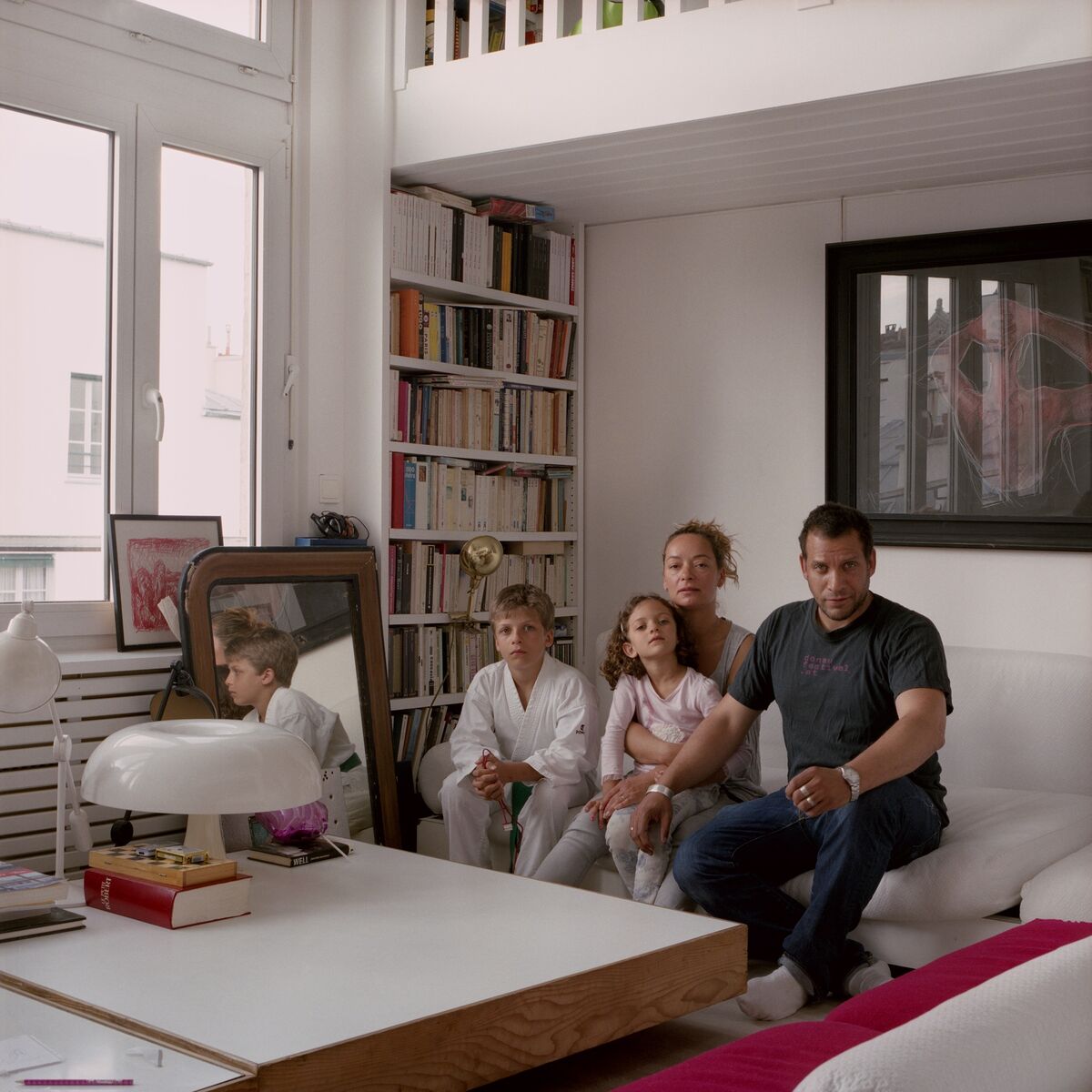 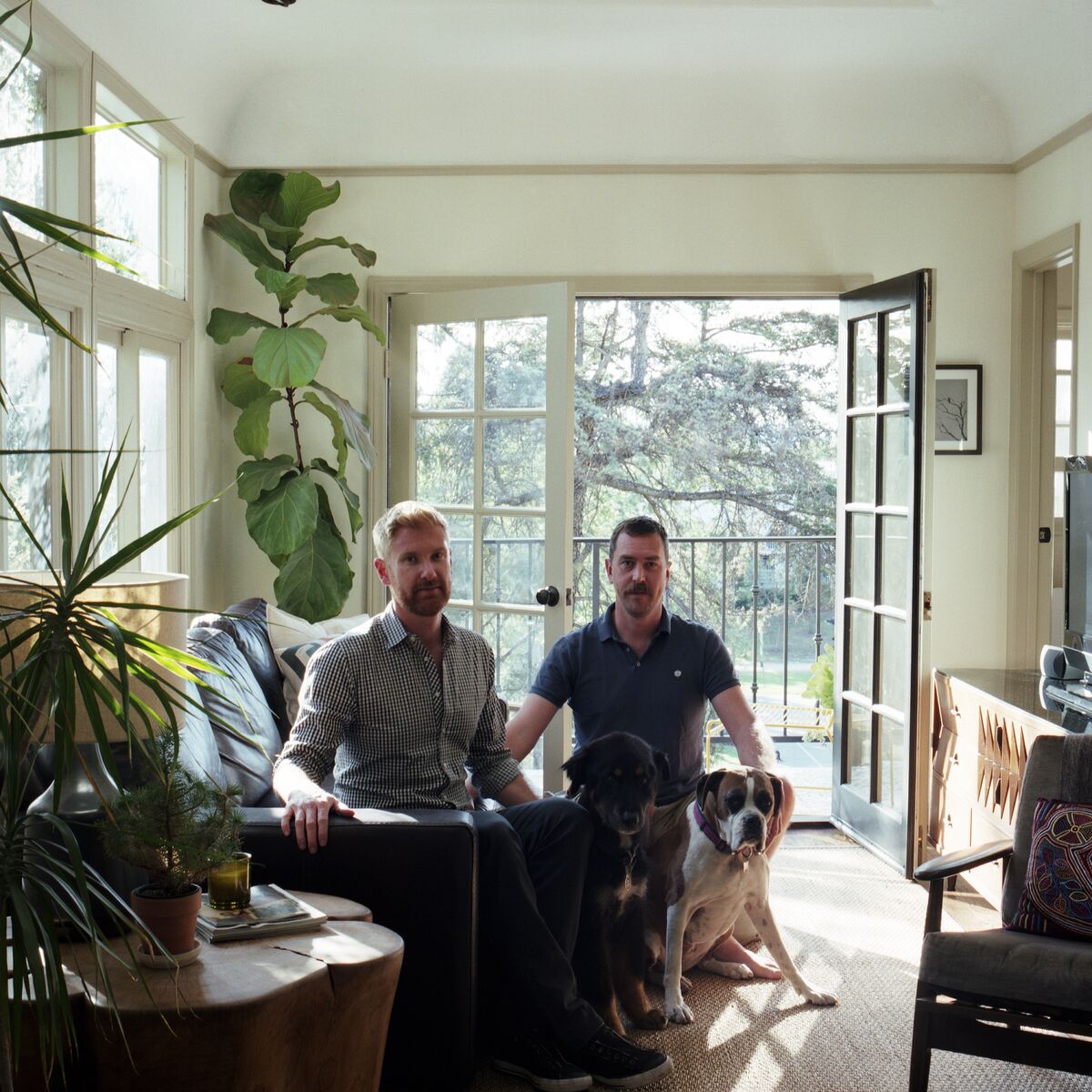 But perhaps most importantly, with each zip code she traversed, Hollander expanded what she admits was once a cynical understanding of friendship. “I really thought there was a difference between online friendship and offline friendship,” she says, and within that, a hierarchy that favors a more traditional understanding of core friends. Knocking on the doors of 626 Facebook friends, she realized this hierarchy falls flat.
In the same way that
Robert Frank
(one of her noted influences) distilled the landscape of the post-war United States in The Americans (1958) from some 767 rolls of film, Hollander made tangible the distinctly contemporary phenomenon of virtual friendship that knows no borders.
“People weave in and out of your life at different times for different reasons,” she says. “I don’t know if ‘real friends’ exist, but real friendship does.”
Molly Gottschalk is Artsy’s Lead Visuals Editor.
Related Stories