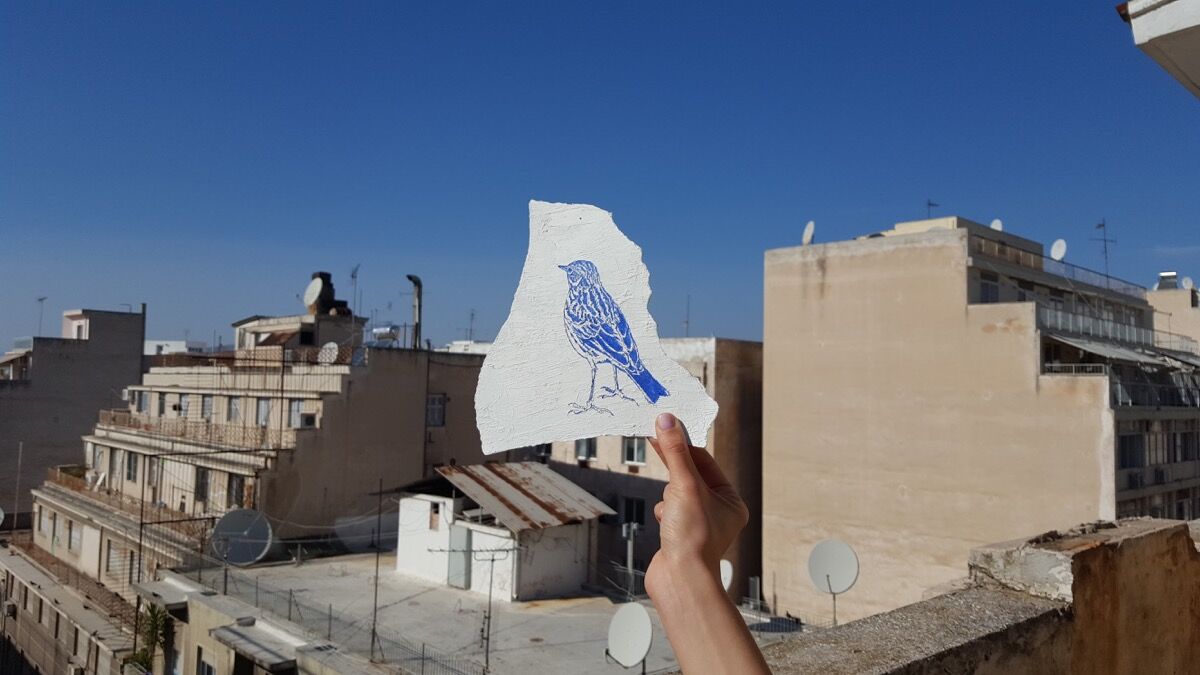 It’s not easy staging an art exhibition in a country with a 23 percent unemployment rate and possible bankruptcy on the horizon. So when British artist
Michael Landy
arrived in Athens to show work—as a first-time visitor to Greece who did not speak the language—he smartly reckoned that listening to the locals would be his best option.
Landy is best known for large-scale, often over-the-top projects, like 2001’s Break Down (for which he pulverized every last one of his personal possessions) or Art Bin (2010), which invited others to toss unwanted or unsuccessful works of art into a big dumpster.
But for this exhibition, “Breaking News—Athens,” commissioned by the arts organization NEON and staged at the Diplarios School—nothing is getting destroyed or thrown into the garbage. Landy put out an open call for everyday citizens to submit imagery that reflected the Greek experience. New works are made and added on a regular basis; anyone can contribute to the process through May 26th. 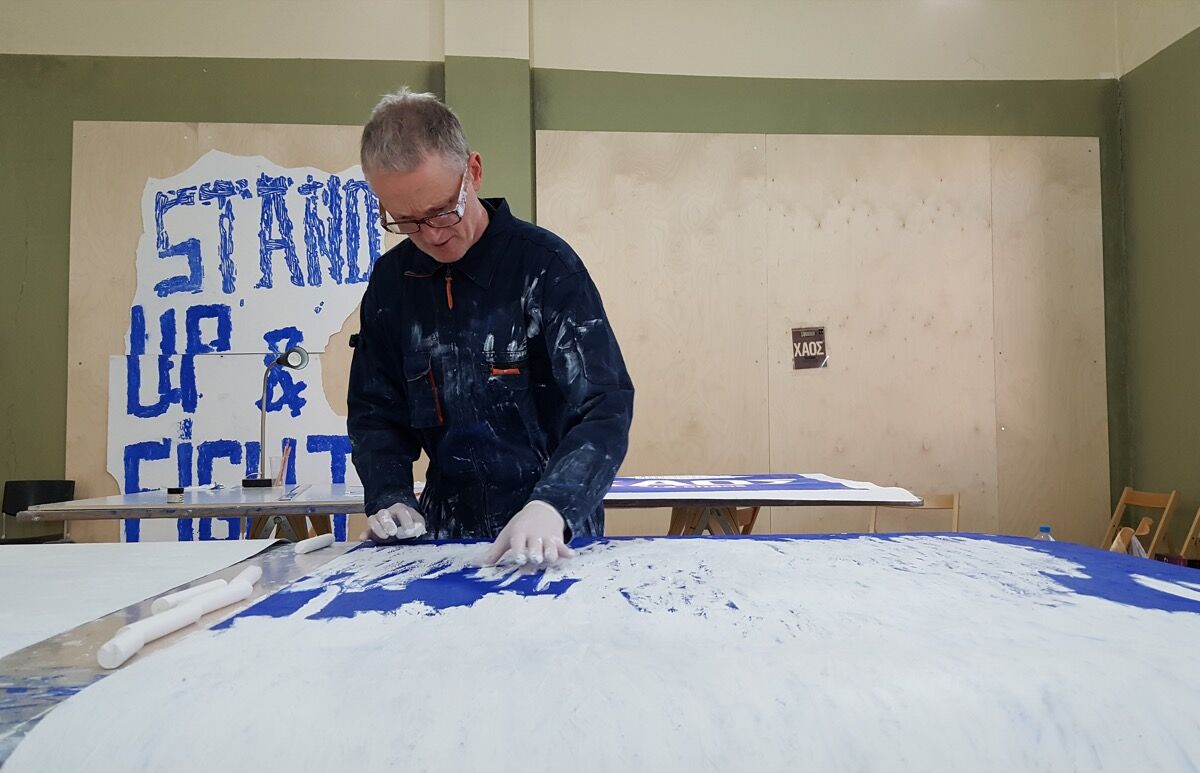 The result is a multi-room installation of starkly graphic blue-and-white Oilbar drawings—their colors mirroring those of the Greek flag—which are all derived from a curated selection of those submissions. And there’s an added bonus: Anyone whose original image was translated into a drawing is entitled to pick up the finished work at the close of the exhibition.
Landy has staged iterations of “Breaking News” before, creating collage-style installations reflecting topical events. In November, he’ll unveil a similar drawing project at Sperone Westwater in New York, focused on images from the anti-Trump resistance movement. But this outing in Athens is the first time he’s added an interactive, public component to the concept.
“I’m an outsider, and I only ever scratched the surface [of Athens],” Landy admits. While the artist says that he typically does not work with assistants, he
hired a team
of eight Greek artists to help with this project—drawing, but also acting as on-the-fly cultural interpreters. “They contextualized everything,” he says. “Without them, it would be a hopeless task, a completely different artwork.” 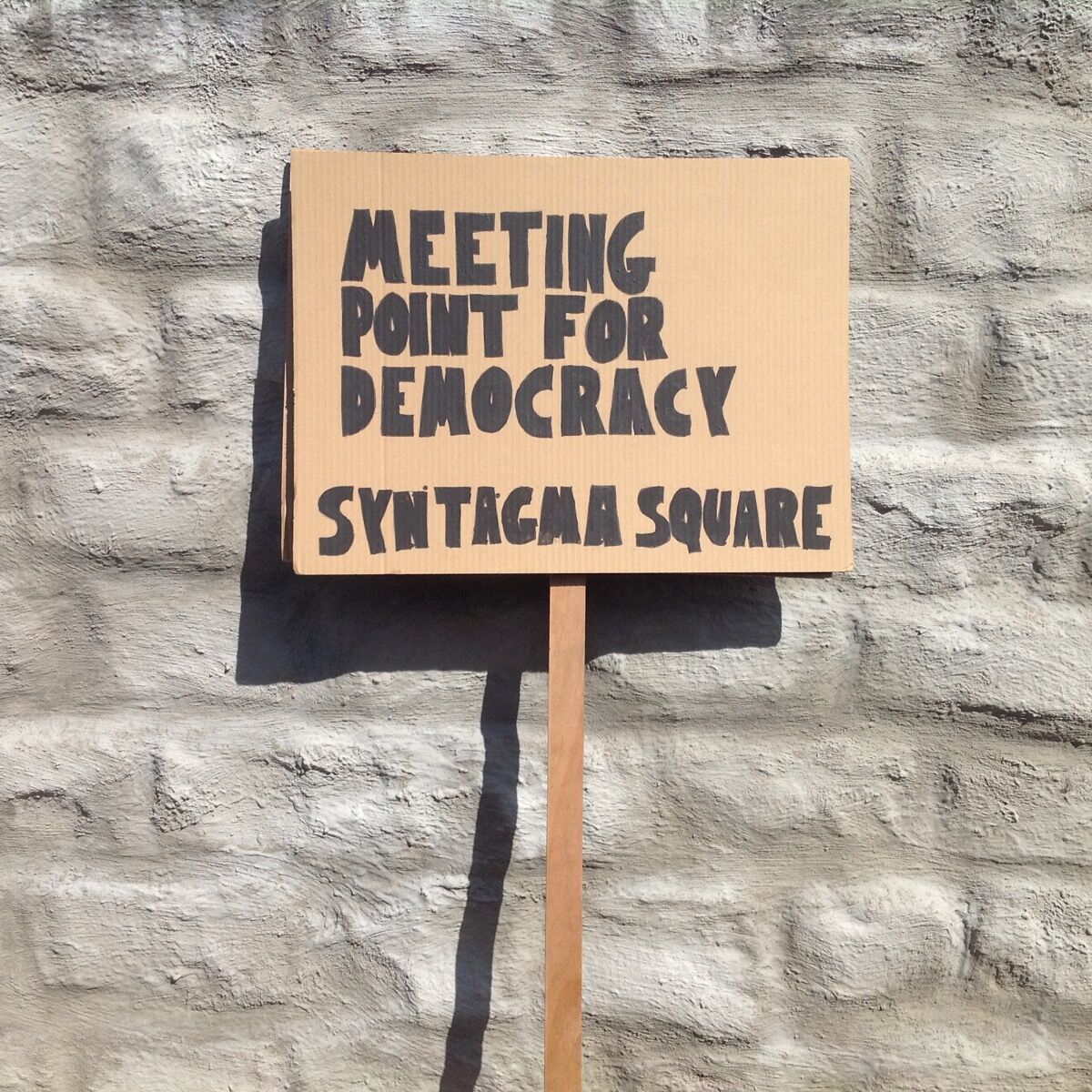 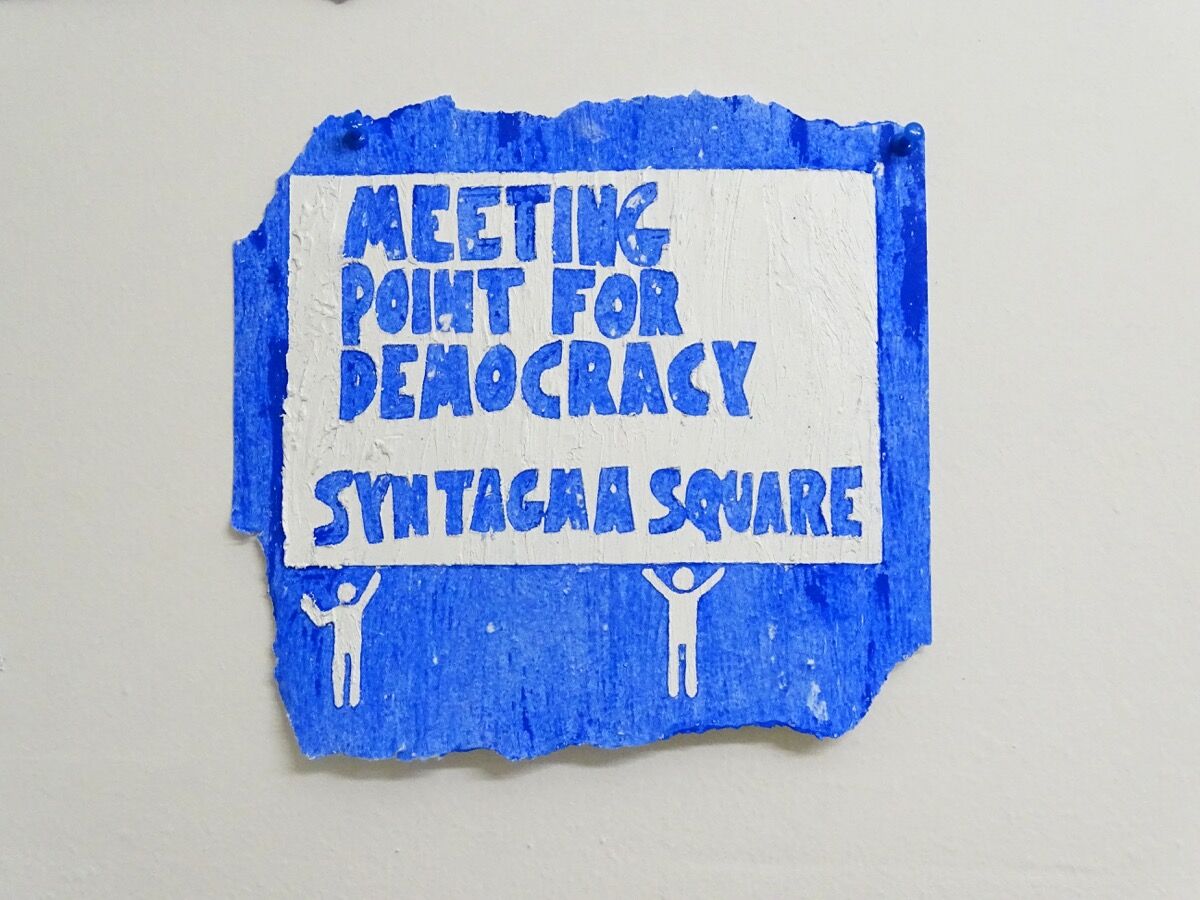 Advertisement
The exhibition is broken into thematic rooms. There’s a graffiti room, Landy says, evoking the glut of sentiment sprayed across Athens’s walls. (A solid percentage of the graffiti, he notes, directs bile at Angela Merkel and the German establishment seen as responsible for austerity demands.) Another room focuses on money, or the lack thereof. One drawing here replicates portions of a suicide note left by a 77-year-old man who, after having his pension slashed, shot himself in a public square.
“I’ve always been in charge of content,” Landy reflects. “But this time, that’s what different—to open up some communication. I’m not Greek, so I’ll never completely get it—I’m not in control. This show is for the left, the middle, the right; it’s for everybody, and everybody can take part. I tried to make it as inclusive as I could.”
Still, Landy did exercise a discriminating eye. Not every submission was worth turning into a completed drawing. “People were sending pictures of rooftops, their pussycats, things we weren’t really interested in,” he says, before clarifying: “It’s not that I don’t like cats, but there’s only so much one can take.” 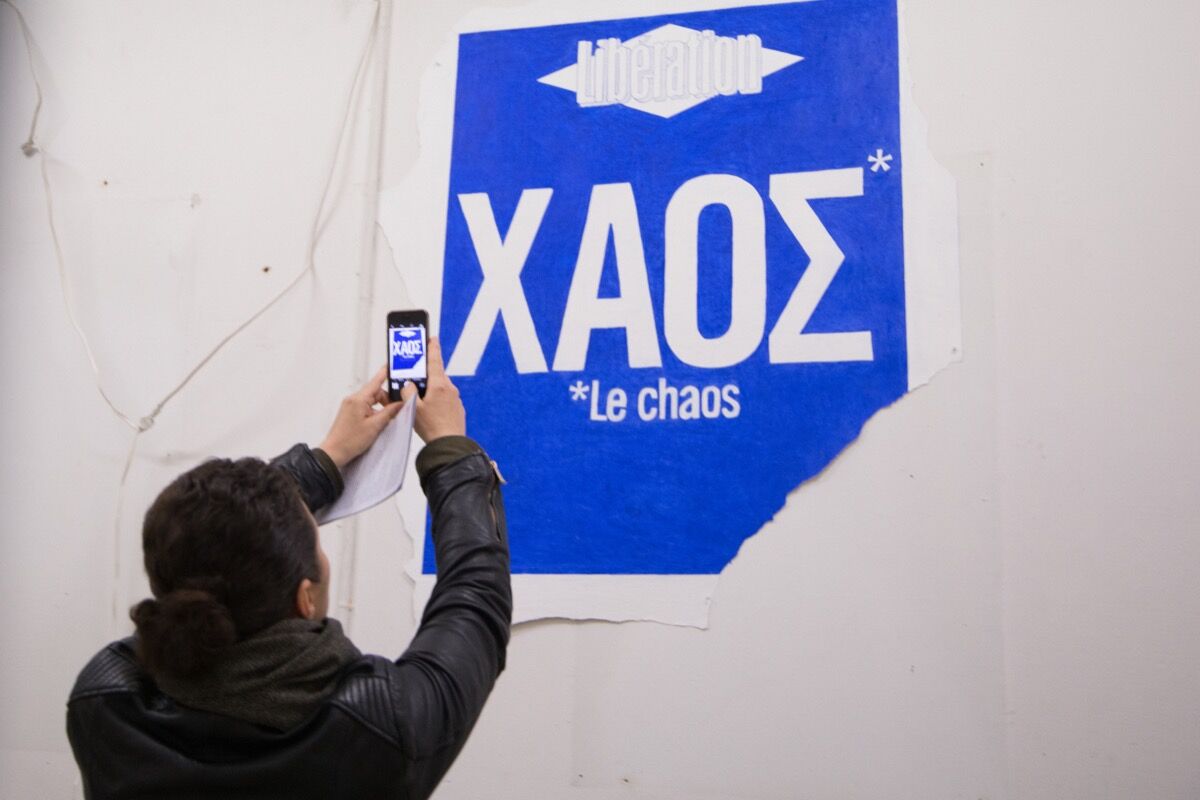 Landy views his role with “Breaking News—Athens” as that of a facilitator. “It’s about the Greeks—about mirroring their past and present back to them,” he says, “narrating different stories by putting images and text together.”
And, of course, the artist has acquired his own stories throughout the ongoing project. He’s been in the city through a Communist protest and a train driver’s strike; and while dining in the anarchist-rich neighborhood of Exarcheia, he found himself in a cloud of tear gas, caught in an impromptu street brawl between protesters and the police.
Greece, Landy is well aware, is in precarious shape. He envisions his in-progress exhibition as a kind of “jigsaw puzzle” that continues to grow. “How do you reboot a society?” Landy wonders, without the presumption of any easy answers. “It’s really about sucking everything from the city into this old school, and then allowing the Greek public to look—and also think that they could add to it.”
Scott Indrisek
Related Stories