Artists Have Been Celebrating the Medical Profession since the Renaissance 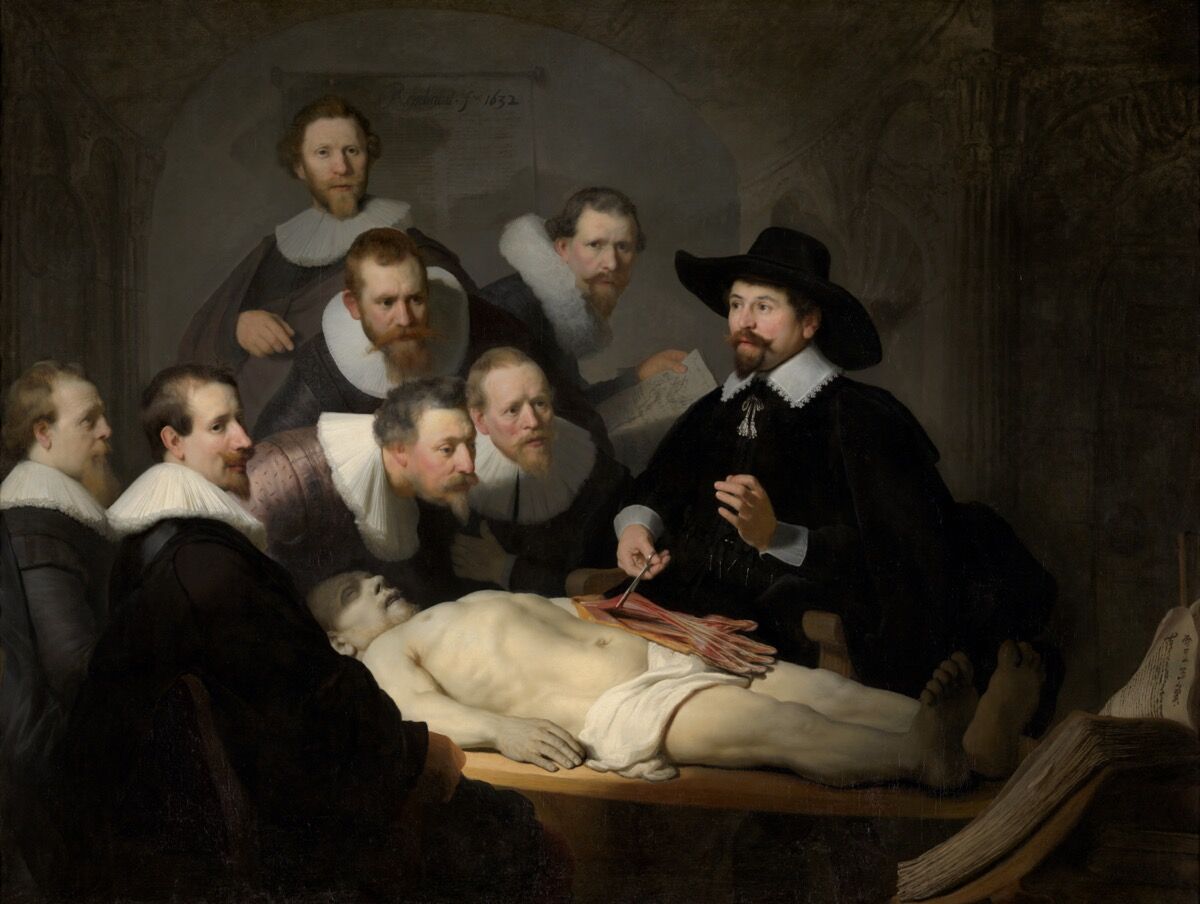 Ever since the Renaissance, when rigorous scientific exploration spurred advancements in all areas of thought, a mutual interest in human anatomy has united the worlds of art and medicine. Today, as the COVID-19 pandemic continues to grip the world, contemporary artists have found even more reason to celebrate and show gratitude for the medical industry. In doing so, they follow a long tradition of painters, from
Rembrandt
to
John Singer Sargent
, in honoring the doctors and scientists whose dedication and expertise vastly improved the lives of all those around them.
Rembrandt’s The Anatomy Lesson of Dr. Nicolaes Tulp (1632) is likely the most famous depiction of doctors at work in art history. The viewer’s attention is focused on Tulp, then head lecturer of Amsterdam’s Guild of Surgeons, who gestures towards the exposed muscles of the arm in the corpse before him. It is thought that Tulp is using his left hand to demonstrate how the tendons would move the arm. 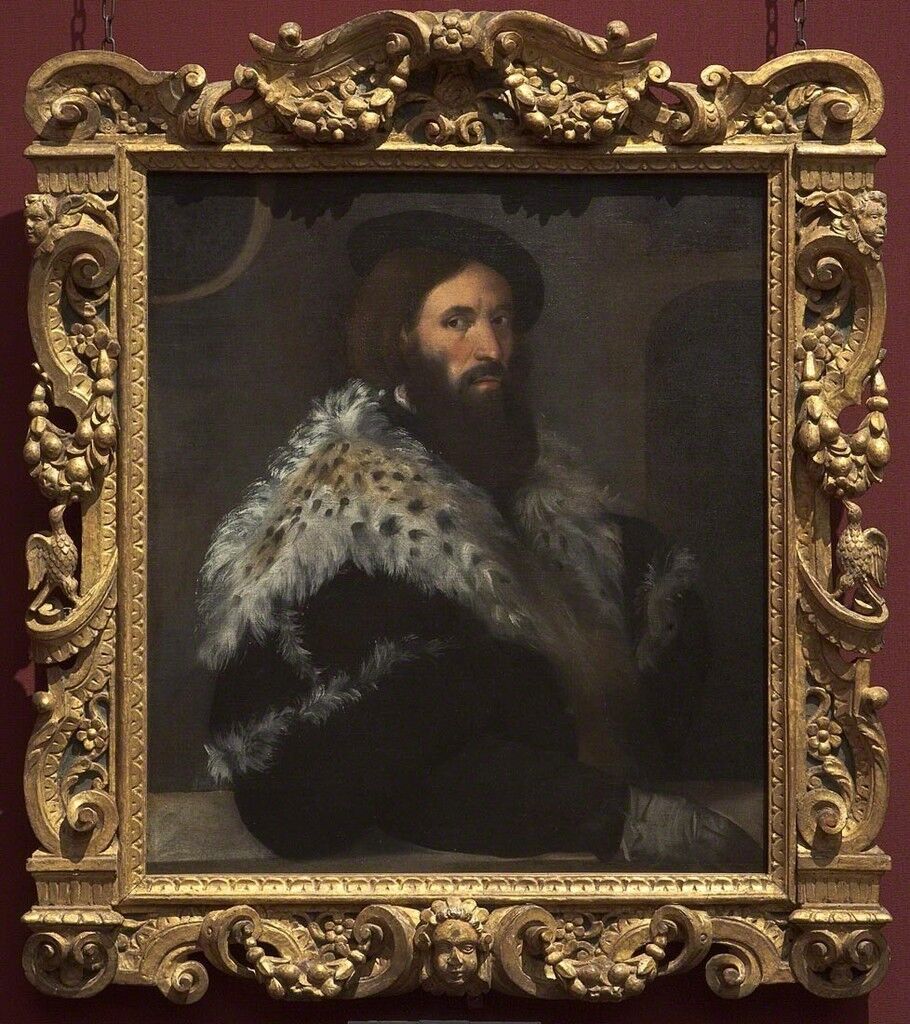 John Singer Sargent
Dr. Pozzi at Home, 1881
Hammer Museum
Although there has been much debate regarding how accurate Rembrandt’s depiction of the muscles are—there is no evidence that the artist was present at the autopsy he depicted—the painting is indicative of the greater freedom both doctors and artists had to study the body in the Protestant North.
The painting is also notable for Rembrandt’s inclusion of a dead body, which in Western art was typically reserved to represent the figure of Christ. Here, science has replaced religion—a reminder that the 17th century was a turning point where enlightened thought increasingly came to the fore.
While Rembrandt’s piece is certainly among the best-known representations of the medical field in art,
Titian
was celebrating the scientific pioneers of his time over a century before. Around 1528, the Italian Renaissance artist painted the physician, poet, astronomer, and geologist Girolamo Fracastoro, who pioneered a field all too familiar to us today—that of epidemic disease. In his book De Contagione (On Contagion), published in 1546, he detailed how diseases were caused by rapidly multiplying “minute bodies” which could be transferred in three different ways: direct contact, through carriers such as dirty clothing, and through air. 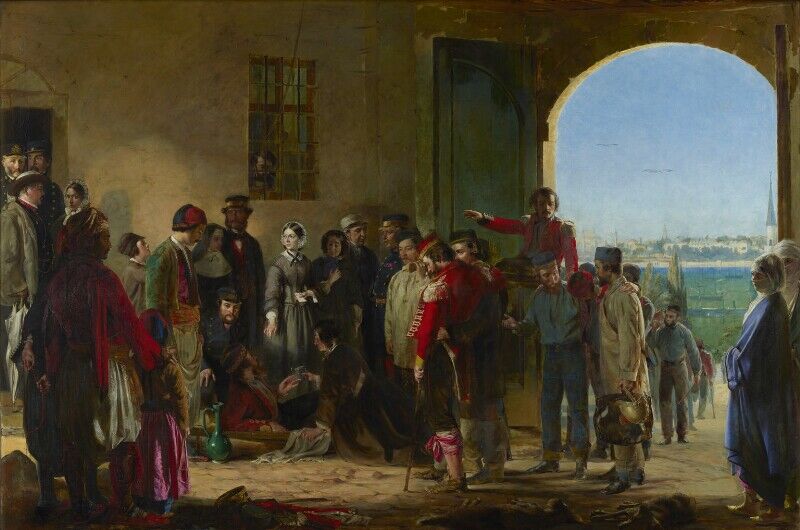 Advertisement
Portrayed in his elaborate, magnificently collared lynx-lined coat, Fracastoro has an air of confidence about him, as he well should. His ideas were widely praised in his lifetime, though they later fell into disrepute until German physician Robert Koch and French chemist Louis Pasteur revived his work in the late 19th century.
Despite medical advancements, hygiene was still not a priority for 19th-century Europeans. The subject of Jerry Barrett’s monumental canvas The Mission of Mercy: Florence Nightingale Receiving the Wounded at Scutari (1857) was so appalled by the filthy conditions she found at military hospitals in Crimea that the legendary nurse instigated rigorous sanitary procedures that no doubt saved countless lives. Barret painted Nightingale dressed in a demure grey dress and white cap which, intentionally or not, possesses a halo-like quality, ensuring that she stands out against the vibrant local color. 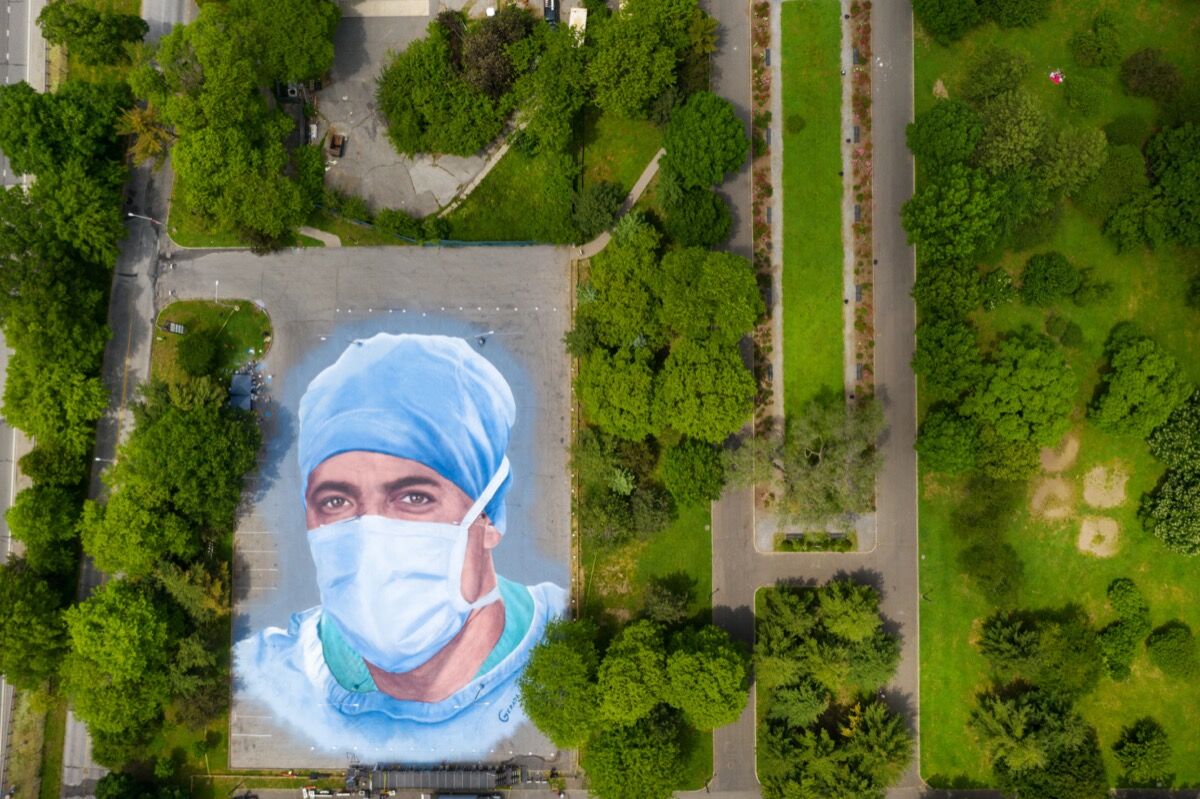 Nightingale’s spartan attire is also in marked contrast to the striking red robe worn by French society gynaecologist Samuel-Jean Pozzi in John Singer Sargent’s Dr. Pozzi at Home (1881). The dashing doctor was friends with many of the Parisian beau monde, including Marcel Proust, whose brother Robert was Pozzi’s assistant. But he is far more notable for transforming gynaecology into a discipline in its own right, improving the lives of countless women in the process. His Treatise of Gynaecology (1890) was a groundbreaking publication, not least for its sense of humanity towards women’s health, and remained the standard text in France until the 1930s.
As medicine advanced in the 20th century,
Barbara Hepworth
was given the rare opportunity to witness medical professionals at work by the surgeon Norman Capener. The two had developed a friendship when Capener treated Hepworth’s daughter Sarah, and he later invited the artist to witness surgical procedures first hand. The invitation resulted in a series of nearly 80 drawings created between 1947 and 1949. There is something profoundly moving about these masked and gowned figures; they are drawn with the same reverence Renaissance artists reserved for saints. Bodies and faces erased, the focus is on hands and eyes—as vital in the practice of art as in medicine. In a lecture she gave to surgeons in the early 1950s, Hepworth told them she saw a close affinity between their work and approach to that of painters and sculptors. “In both professions,” she said, “we have a vocation and we cannot escape the consequences of it.” 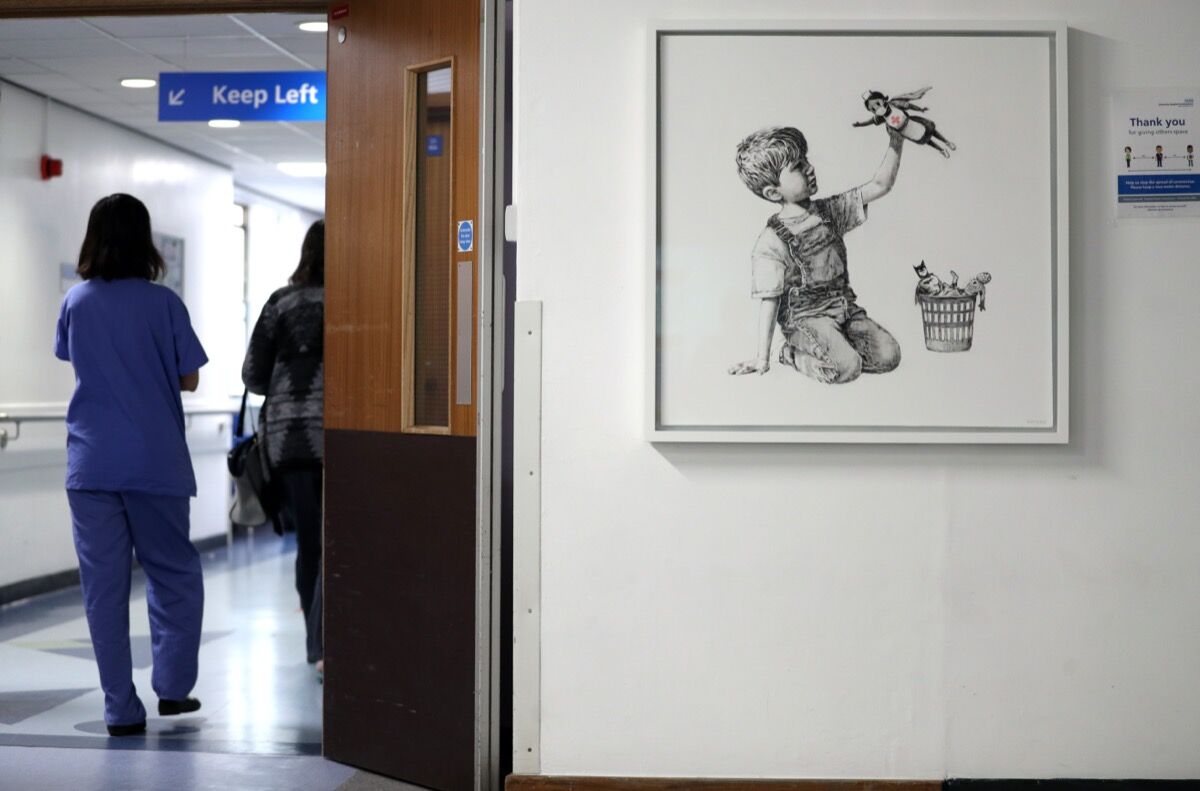 Installation view of Banksy’s Game Changer, the new artwork painted during lockdown, which has gone on display to staff and patients on Level C of Southampton General Hospital. Photo by Andrew Matthews/PA Images. Image via Getty Images.

Those consequences have been made starkly clear for the medical profession in recent months. And artists around the world have been at the ready to honor their commitment. In New York, Cuban-American artist
Jorge Rodriguez-Gerada
has created a 20,000-square-foot mural titled Somos la Luz (We are the Light), which shows the masked face of Dr. Ydelfonso Decoo, a pediatrician and one of the first minority doctors to die in the U.S. due to COVID-19. Situated in a parking lot between the Queens Museum and the New York State Pavilion, Rodriguez-Gerada has said he hopes the mural will help people understand that a disproportionate amount of Latinos and African Americans are dying from the virus.
Meanwhile, in the U.K., street artist
Banksy
left a painting titled Game Changer (2020) at Southampton General Hospital, which poignantly illustrates the heroism of our frontline workers. In it, a little boy is playing with a doll dressed as a nurse, her cape fluttering behind her and her right forearm stretched out in classic superhero pose.
Batman and Spiderman figures lay discarded in a bin next to him, their powers marked inept at battling COVID-19. The boy, like us, knows that the doctors, nurses, and support staff who keep on doing their jobs despite the tremendous risks are the real heroes now.
Cath Pound
Related Stories