These Artists Draw Inspiration from Vampires, Zombies, and the Supernatural 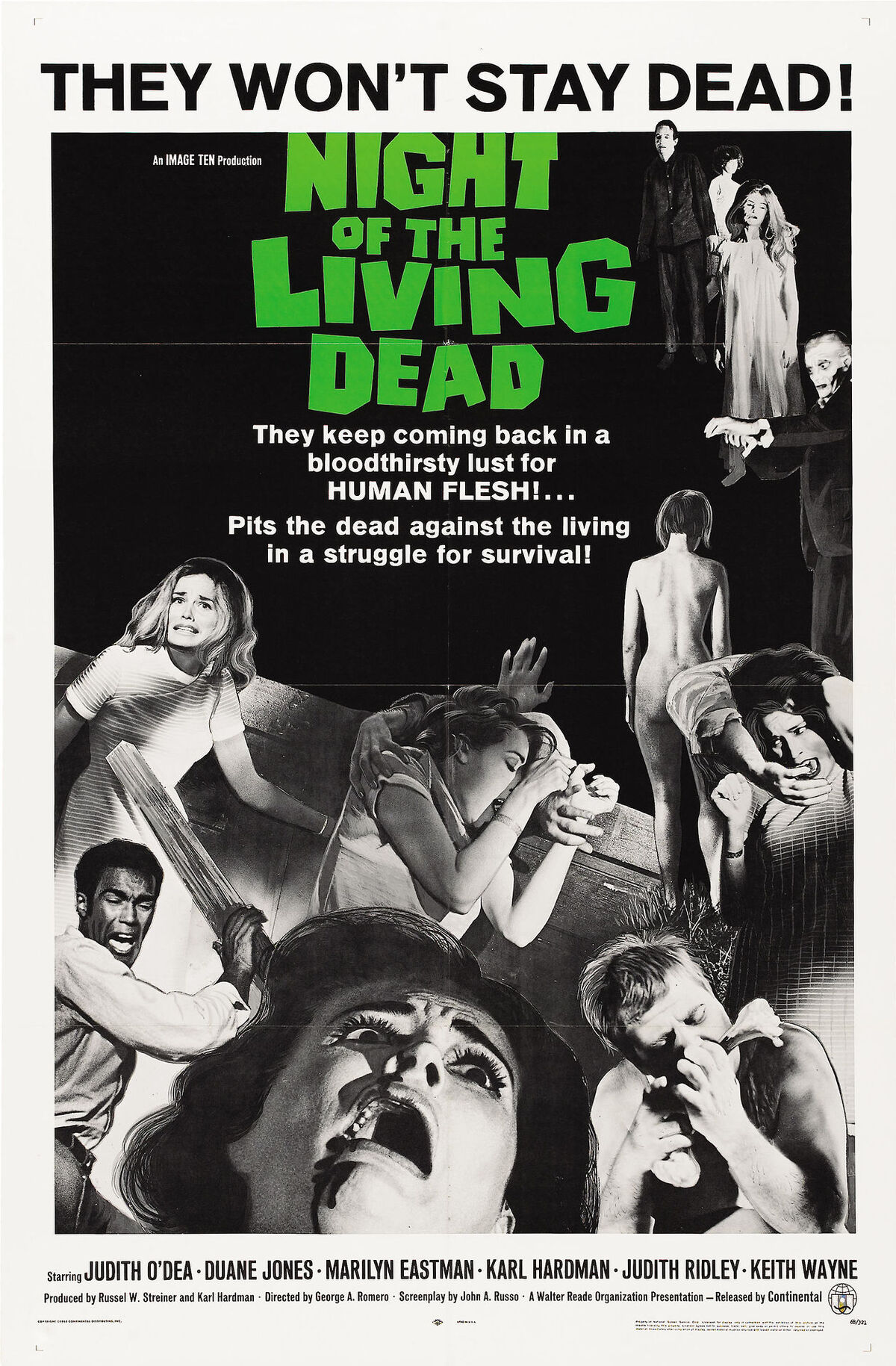 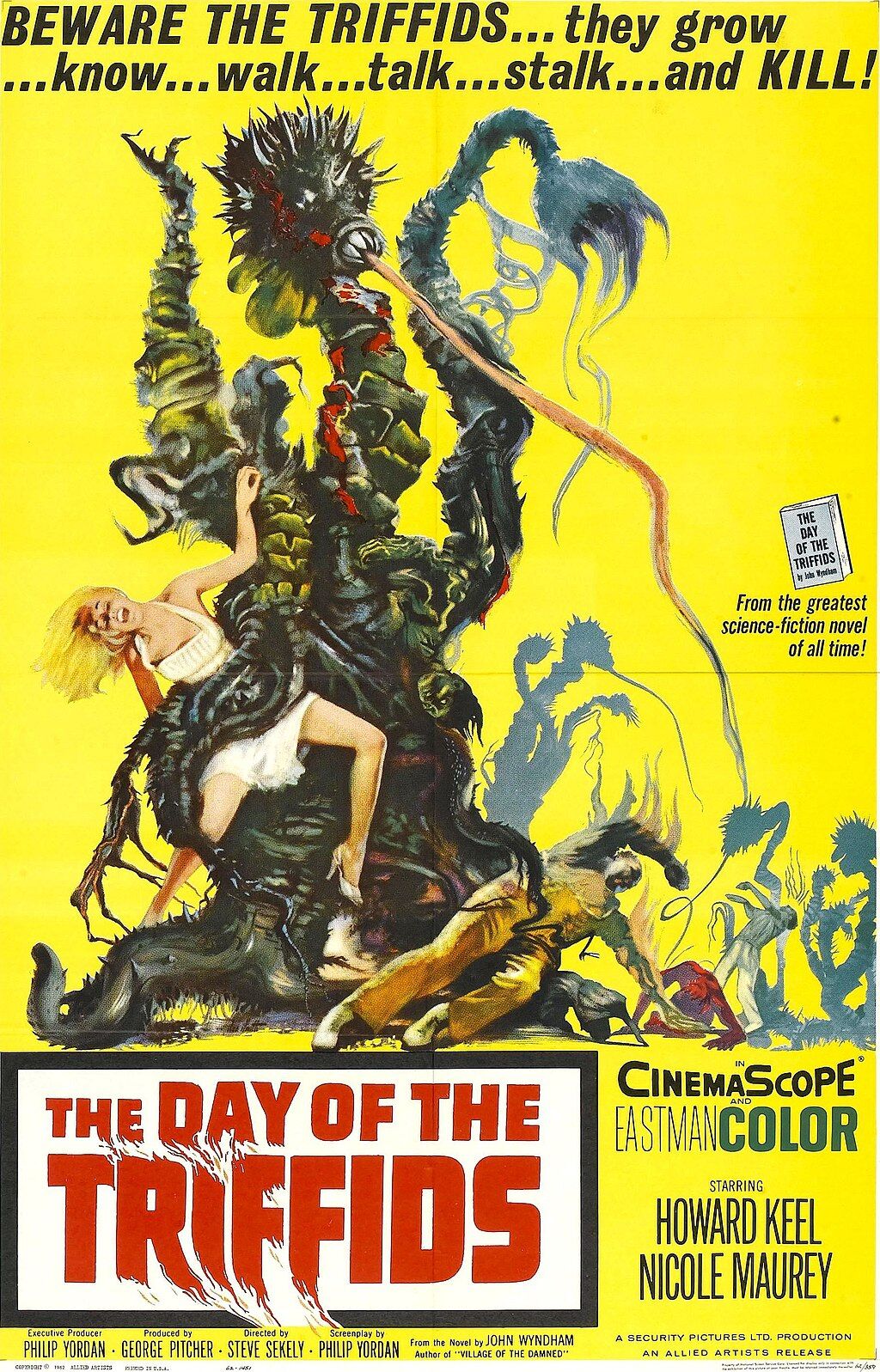 The Day of the Triffids theatrical poster, 1962. Image via Wikimedia Commons.

You can tell how happy a society is based on which supernatural monsters are most prevalent on television, according to Heidi Zuckerman, director of the Aspen Art Museum (AAM). “When people are comfortable and things are going well, then you see a lot of vampires, because they’re sexy,” she recently told Artsy. “In times of cultural agita or angst, you see a lot of zombies.”
Case in point: The Walking Dead is the most pirated show on television, and Drew Barrymore now stars in a production about the undead (Santa Clarita Diet). With their infected brains and addled gaits, zombies warn us to be vigilant and take control of our circumstances—before we, too, become contaminated grotesques.
Zuckerman is so enthralled with the metaphor that she recently opened an exhibition entitled “Zombies: Pay Attention!” at AAM, on view through May 5th. While some of the included artworks directly reference the brain-hungry beings, many simply relate to Zuckerman’s primary source material for the show: the tongue-in-cheek 2003 book The Zombie Survival Guide by Max Brooks (heir to Mel).
Below, three of the show’s exhibiting artists discuss their personal experiences with the supernatural, their favorite monster stories, and their openness to vampire seduction. 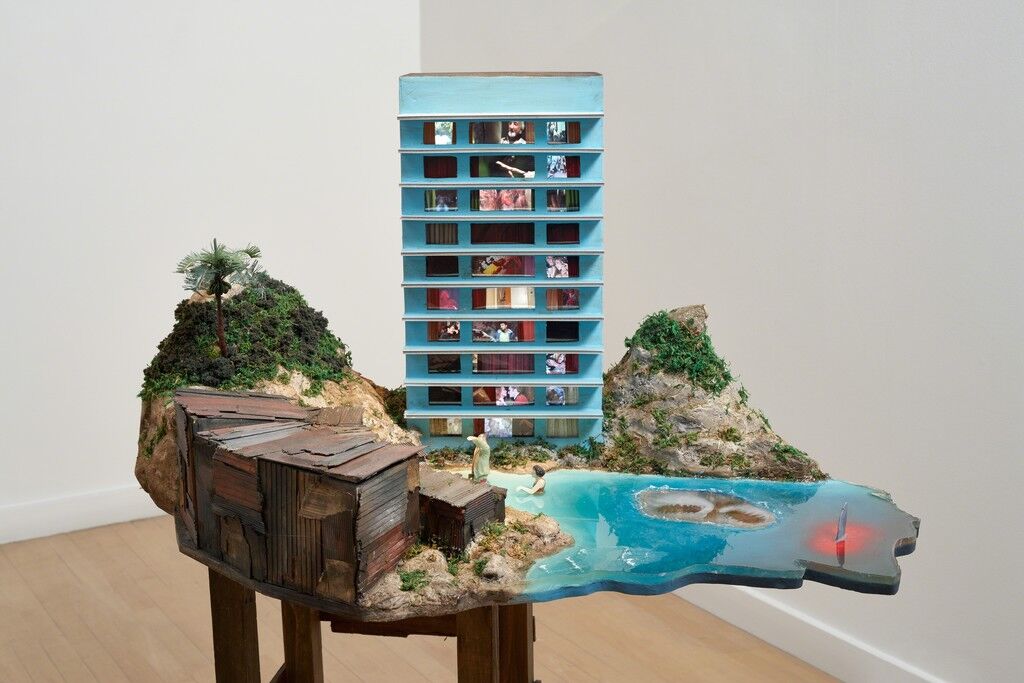 Tracey Snelling
Zombie Island, 2013
Rena Bransten Gallery
“Growing up, I saw Night of the Living Dead; Dawn of the Dead; I Walked with a Zombie; old Hammer Film Productions films [known for its distinctly British brand of horror classics]; Count Yorga, Vampire; TheDay of the Triffids.…My dad and I used to watch a Saturday night horror show called Creature Feature, which showed horror/supernatural/sci-fi films on television. I prefer the older version of zombies, which were slower and had greenish skin. The newer ones are fast and extremely scary. 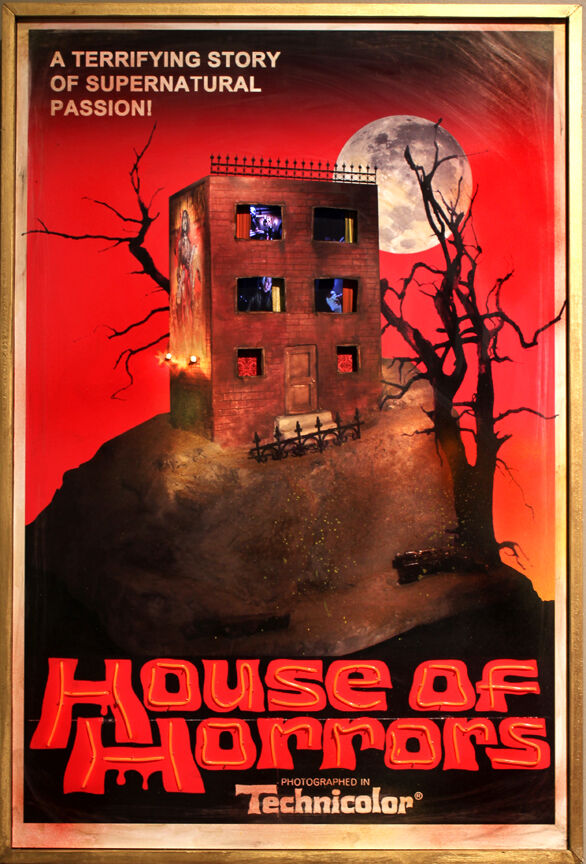 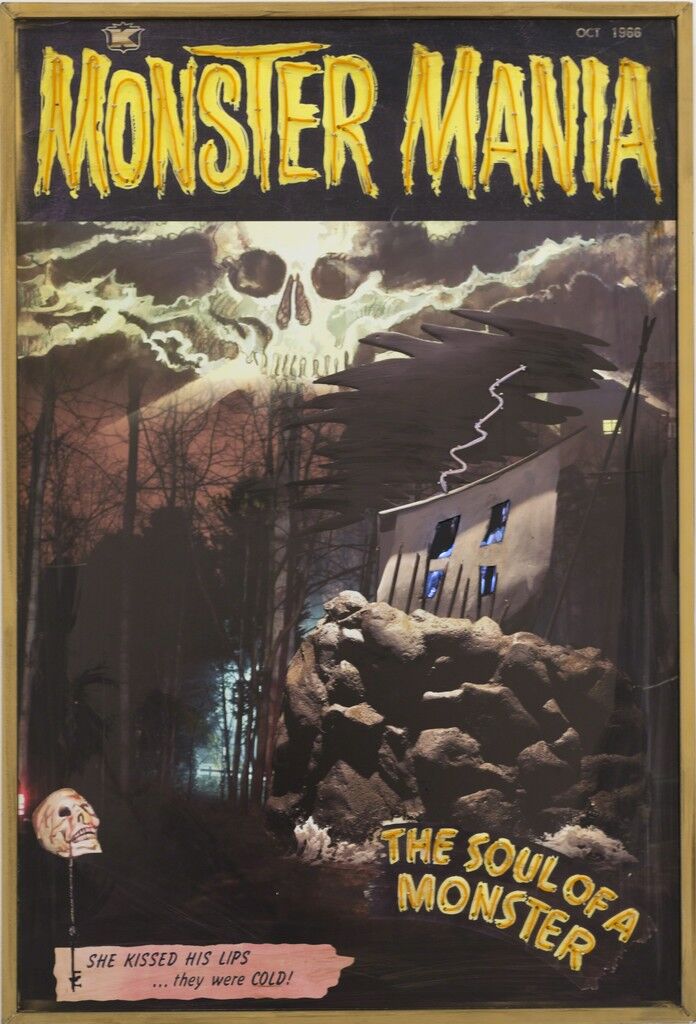 Tracey Snelling
Monster Mania, 2013
Jules Maeght Gallery
Advertisement
“But vampires are my favorite monsters. I loved the Anne Rice novels about them. They’re often handsome, seductive, and dangerous. When I was young, I would leave my window open, wishing a vampire would come turn me into a vampire and we could fly away and live by night.
“I’ve made quite a bit of work about horror films. One installation, Last House On the Left (2007), is a neighborhood of small-scale houses from the films Halloween, The Birds, A Nightmare on Elm Street, and The Amityville Horror. The piece shows that things can look calm and peaceful on the outside, but beneath the surface lies violence and horror. I’ve made a Silence of the Lambs sculpture (Somewhere in Ohio, 2007); the Tom Petty song ‘American Girl,’ which is in the film, plays on a loop inside a replica of the serial killer’s home. I also madeManoir Frenetique (2013), which mixes a haunted house and sex scenes. It illustrates how female sexuality is still considered dangerous in most of the world—it scares the men in power. The piece is even more pertinent today, given the control our conservative government wants to have over women’s bodies and access to healthcare. Presently I’m working on a video combining zombies and swamp footage that I shot in New Orleans.” “I can’t say that zombies have influenced my work, but the supernatural has in an indirect way. I once burned a finished artwork in the fireplace because I feared it would put a curse on a family member. Another time, I destroyed several hundred announcement cards which contained the word ‘blackat.’ I felt their presence in the world was bringing me bad luck, so I dumped them in a metal garbage can, doused them with gasoline, and burned them. It took hours.
“My superstitiousness regarding art came from the death many years ago of a friend of mine, Chris Millon. She used roadkill in her art, and early one morning, she was hit and killed by a truck as she was jogging. It was as eerie as it was tragic.” “One of my heroes is the musician Roky Erickson, who was the singer of the psychedelic group the 13th Floor Elevators. He created rock ‘n’ roll music about monsters, love, and religion. I listen to his album The Evil One constantly. He once wrote a group of songs about Jesus and God, then went back and changed them to be about demons. He has songs with titles like ‘I Walked with a Zombie’ and ‘Night of the Vampire’—and my personal favorite, ‘Two Headed Dog.’
“Monsters are interesting because they are archetypal, whether it’s Freddy Krueger or the Minotaur. They’re a part of how we understand evil and how we process fear and death.
“The Texas Chainsaw Massacre is one of my favorite [stories about the supernatural]. I like it because there is so much information and energy around it. There are lots of stories about its production, and people make fanzines about it. There is a whole subculture. It was a pretty bootleg operation: They had very little time and money, so the movie feels direct and raw. It’s punk. I think they shot the whole thing in less than a month, they collected roadkill off the side of the road to use for props on set.”
Alina Cohen
Related Stories