The Artists London Was Talking about This Winter 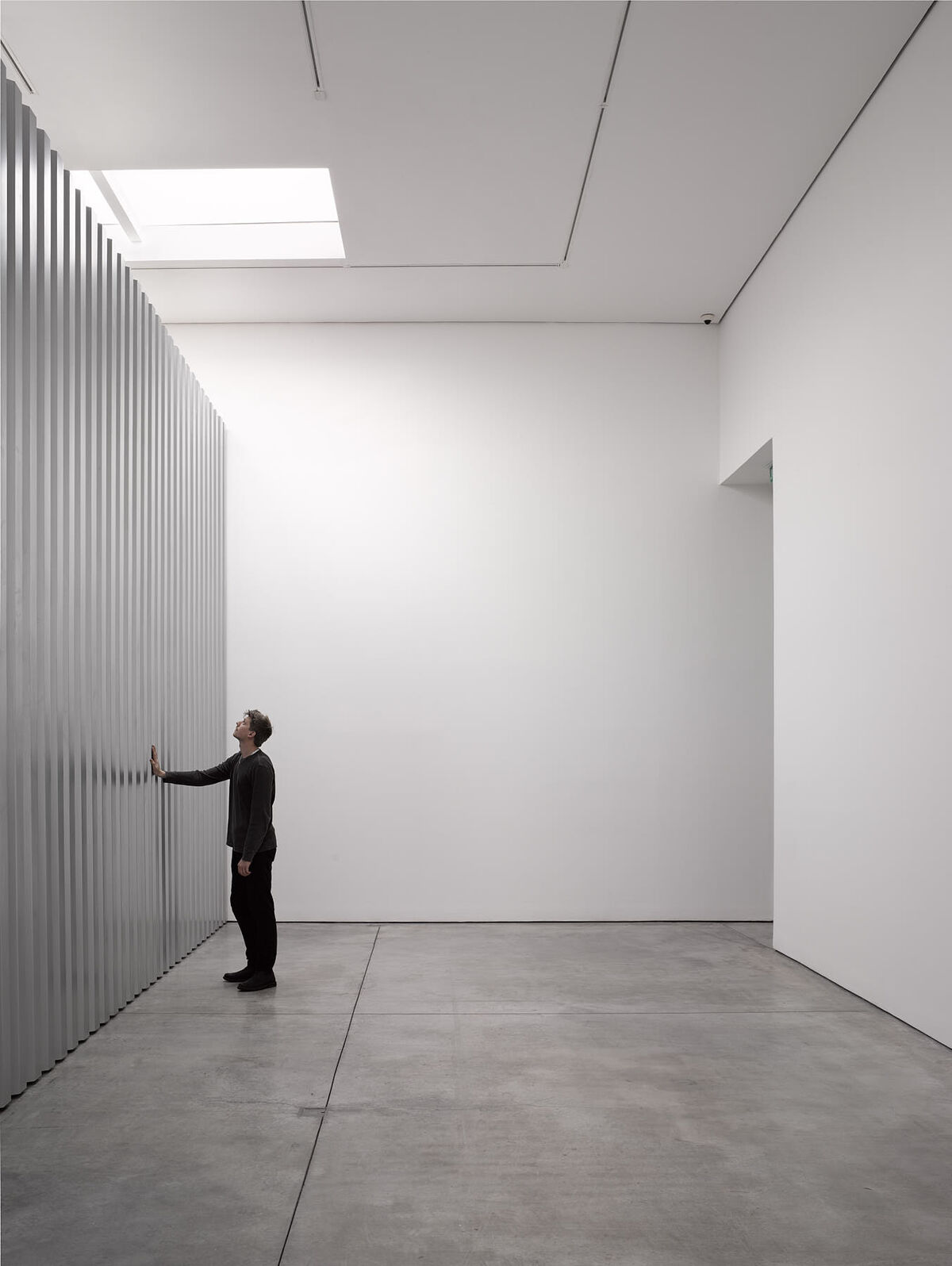 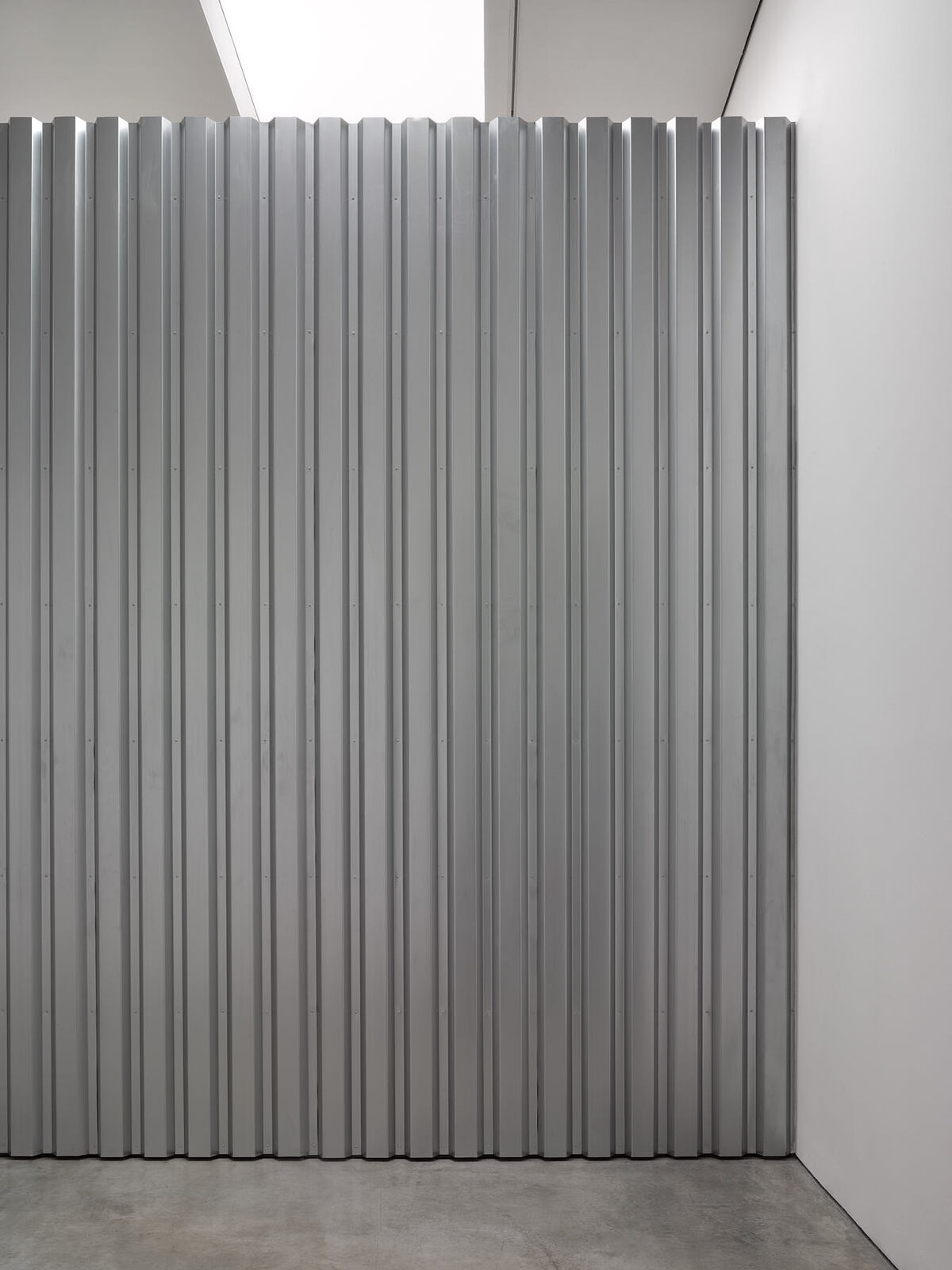 It has been a milder winter than normal here in London, yet the city’s psychological climate has been nothing if not bleak in the past few months. Brexit is a concern that hangs heavy over everyone here, and the city’s art world seems fixated on the global atmosphere of uncertainty that dominates both the headlines and the imagination. In step, the artists and exhibitions that garnered the city’s attention over the past few months have largely spoken directly to the present moment.
5 Images
View Slideshow 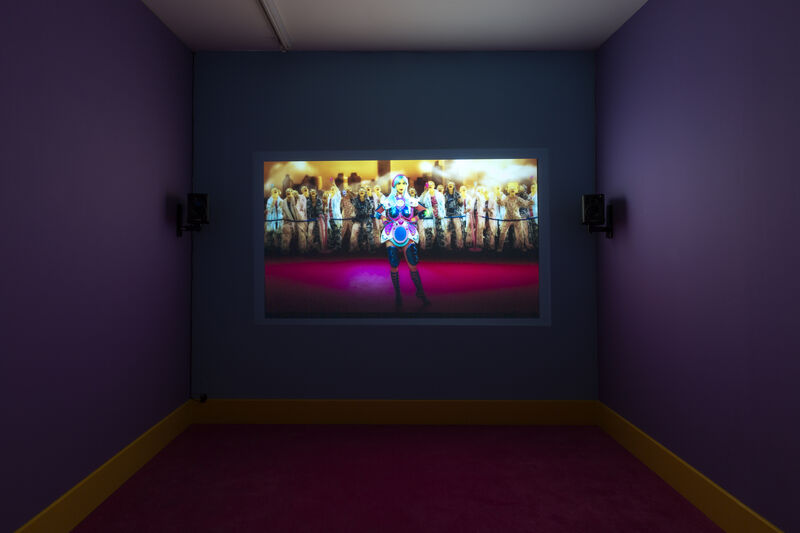 A case in point is “Random Access Memories,” Polish sculptor
Miroslaw Balka
’s recent exhibition at White Cube in Mason’s Yard. Consisting of a series of corrugated steel walls in a room heated to a sweat-inducing 45 degrees Celsius, it created an uncomfortably warm environment within claustrophobic confines. While the show may be a more direct reference to Hungary’s (extant) border barrier with Serbia and Croatia and the U.S.’s (proposed) border wall with Mexico, it’s hard not to make associations with the anti-immigrant sentiment that is believed to have driven the Brexit vote. The main impetus behind the work remains ambiguous; as Balka put it to The Guardian back in January: “Maybe it’s the promised land behind the wall, utopia.” Yet, on the other hand, “maybe it’s nothing.” Quite what the Daft Punk–quoting title is meant to suggest, however, is anyone’s guess.
Edel Assanti’s group show “We Are The People. Who Are You?” was much more successful at articulating the paranoid spirit of the age. The show featured a bewildering cast of international artists responding to the crisis of democracy on both a local and global scale. A particular highlight was a selection of images from Victoria Lomasko’s graphic novel Other Russias.The series of expressive illustrations articulated the voices from that country that are rarely given a platform abroad: LGBT activists, sex workers, and (less sympathetically) crypto-fascist skinheads. Elsewhere, Belgium’s
Emmanuel Van der Auwera
repurposed Wikileaks footage of drone warfare, and Turkish artist
Funda Gül Özcan
provided a baffling multi-screen installation that imagined President Erdoğan apologizing to his ally-turned-bogeyman Fethullah Gülen.
3 Images
View Slideshow Advertisement
Yet the show’s centerpiece was the much-touted Scottish filmmaker
Rachel Maclean
’s contribution: the 2016 video It’s What’s Inside that Counts. Probably best known for representing Scotland at the 2017 Venice Biennale, Maclean has become a genuine art star in the U.K. in recent years. This winter, her films were all over London. At the none-more-venerable National Gallery, her video The Lion and the Unicorn (2012) was screened as a response to that most trite signifier of Scottish identity,
Edwin Landseer
’s Monarch of the Glen (ca. 1851); and the Zabludowicz Collection premiered a new work, titled Make Me Up (2018), a wild, unnerving acid trip of a movie that touches upon female insecurity, social-media addiction, and feminism as a commodity.
It’s hard to miss the appeal of Maclean’s work to public and private institutions alike. At a moment when much new art could be considered alienating and heavy on theory, Maclean’s videos have clear, fairytale narratives and an aesthetic that has more in common with the productions of Pixar Studios than it does any avant-garde cinema I’ve seen. Were it not for the gross-out, borderline-unwatchable body horror and knowing political commentary she adds to the mix, you could almost imagine her videos showing on Nickelodeon or the BBC’s CBeebies network. There’s something deeply uncomfortable and just a little annoying about the mix of gore, millennial snark, and whimsy that characterises Maclean’s films. Like them or loathe them, one thing is for sure: They are guaranteed to make you squirm.
4 Images
View Slideshow 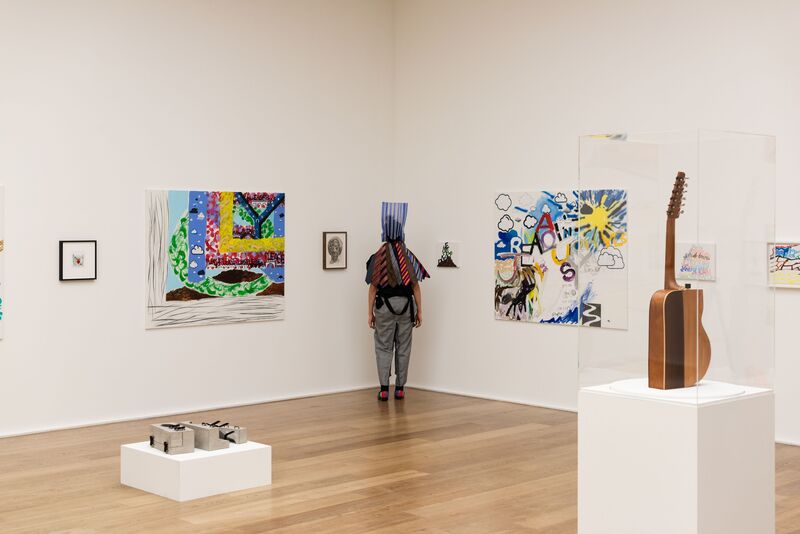 Speaking of whimsy, there’s been no shortage of kitschy wackiness in London’s galleries of late. At Victoria Miro in East London, Danish artist
John Kørner
converted the space’s top floor into a sort of gymnasium–cum–social club: On one side of the room, the floor was redecorated as a racetrack; at the other, an exercise bike tows a mobile platform stacked with chairs from one end of the space to the other. Perhaps more eye-catching still was an enormous wooden bar that incorporated a climbing structure. Kørner—an improbably tall man—designed the structure to match his own proportions, meaning that on certain nights throughout the exhibition’s run, visitors of average height must clamber up the rungs to retrieve a shot of titanium-strength Aquavit. (The climb, I might add, is not to be attempted after three or four of these.)
More peculiar still was
Martin Creed
’s winter exhibition, “Toast,” at Hauser & Wirth. Naif paintings, drawings, and nonsensical bits of text covered the walls, forming an arena for a set of bizarre, quasi-Surrealistic sculptures—a piece of toast smeared with gold, a kinetic number that jiggled a sock in the air—that had the strange air of seeming like punchlines to non-existent jokes. Meanwhile, gallery attendants entered at what appeared to be random intervals to bring objects in and out of the space, and now and again, a singer entered and began warbling the lyrics to one of Creed’s winsomely weird folk songs. I made multiple visits: The first time around, I wrote it off as twee nonsense, but on a return prompted by a sudden downpour, I found myself completely taken aback. What struck me was that in the space of a single room, Creed has created an environment in which the deadpan absurdity of his work comes to feel like the norm. This exhibition was that rarest of things: a bona fide Gesamtkunstwerk.
4 Images
View Slideshow 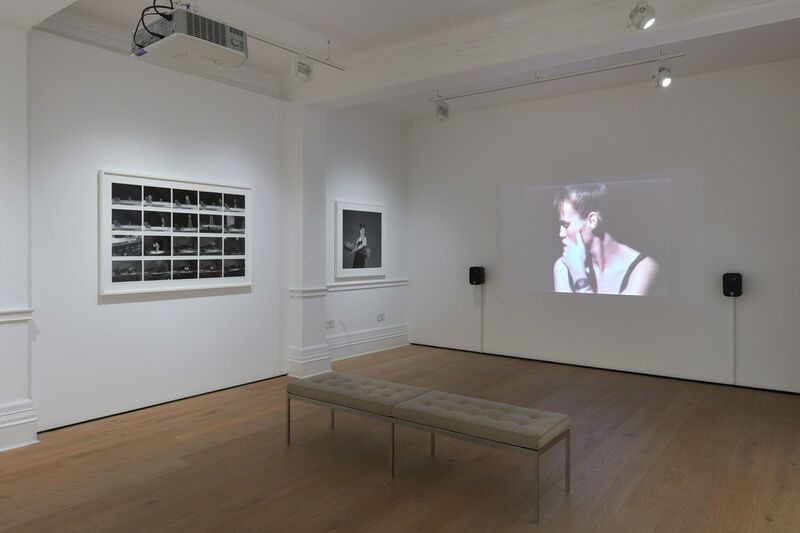 The same could well be said of Richard Saltoun’s current exhibition, a timely and fascinating look at the early work of British artist
Rose English
. English, who came to prominence in the 1970s, was one of the more exciting figures associated with the feminist side of the era’s visual arts, creating work across various media that was by turns furious, sinister, and oddly beautiful. The centerpiece of this show is her 1983 performance film Plato’s Chair—a video that was considered radical in its day, but now looks slightly dated. English’s more conventional work—if that’s the right word—is fantastic, though. Highlights include eerie little porcelain sculptures that resemble cultish, voodoo figures and ballet shoes; photo collages in which images of putti-like babies are inserted into spreads from 1970s interiors magazines; and a series of performance-to-camera photographs depicting English and another performer sleeping peacefully in a field, partially buried beneath a bed of soil.
The exhibition comes as part of “100% Women,” the gallery’s program that devotes a 12-month period to exclusively showing the work of female artists. Call it tokenism if you like, but the relative lack of exposure women artists receive in the gallery world can be a key factor in pushing down prices for their work; you only need to glance at the figures for gender disparity in the art world to see that initiatives like these are not only worthy, but entirely necessary. Notable for exhibiting brilliant but overlooked European and American conceptual and performance artists, Saltoun has, in recent years, staged some wonderful exhibitions by the likes of
Eleanor Antin
,
VALIE EXPORT
, and the late
Jo Spence
—and if the rest of the gallery’s line-up for 2019 is as strong as its English exhibition, London is in for a treat.
Digby Warde-Aldam
Related Stories 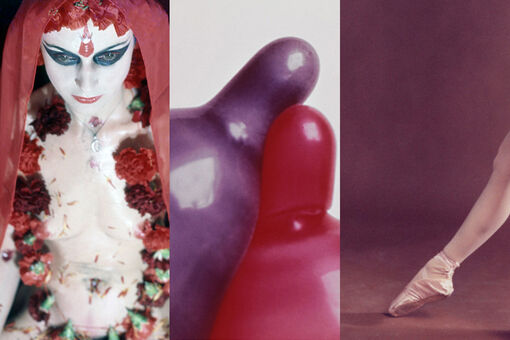 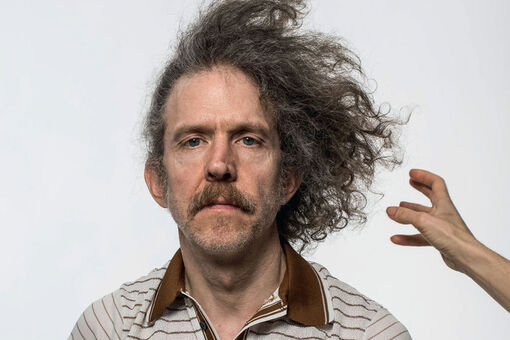 Martin Creed on Why Art Can’t Ignore the World around It
Philomena Epps
May 24, 2016