The Artists Everyone Talked about during Art Basel in Miami Beach 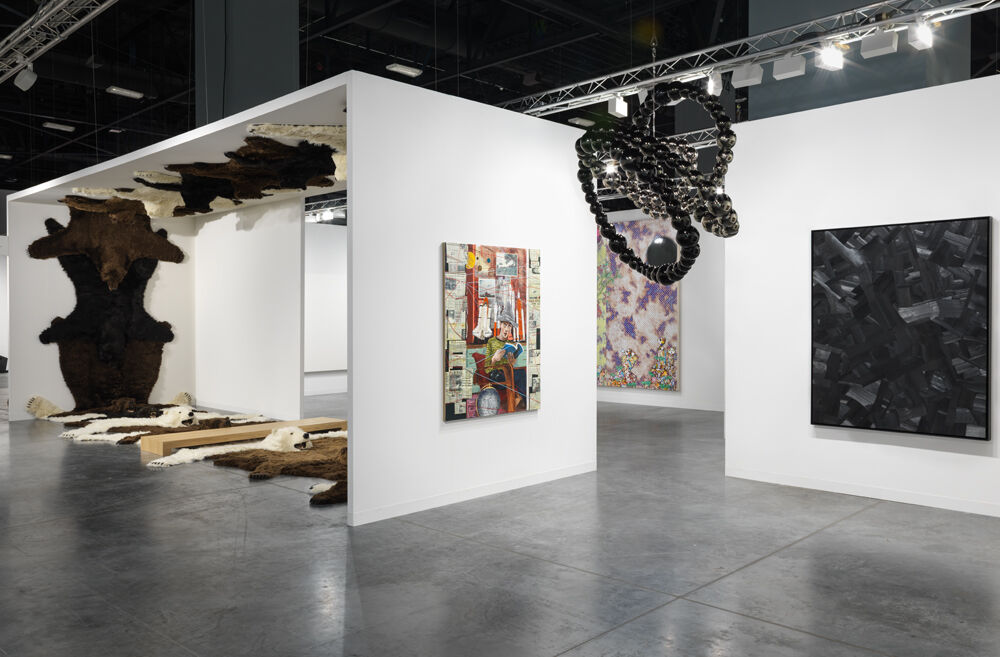 Art Basel week always boasts a heady mix of frivolity and seriousness—intense schedules, hefty price tags, free drinks, and spectacle. This year’s edition was no different. Miami’s art museums, galleries, and fairs mounted their Basel best, introducing an international audience to emerging artists and offering significant exhibition space to established figures.
Italian artist
Paola Pivi
’s bright, playful aesthetic is a natural fit for the week. The Bass is hosting an exhibition of her work, curated by Creative Time director Justine Ludwig. It begins with Pivi’s trademark: Day-Glo-hued, feather-coated, stuffed bears. The next gallery features a giant, interactive sculpture, Mattresses Installation (2018). Visitors can climb onto a platform composed of 40 mattresses. Above them, another 40 mattresses hang overhead. During Tuesday morning’s preview, Ludwig sat on the piece, along with Pivi and her children, beckoning more tentative viewers to join them.
It’s no surprise, then, to also see so much Pivi work mounted on the walls (and floor, and ceiling) at Art Basel. Massimo De Carlo presents 20 of Pivi’s monochromatic “paintings,” made with strings of pearls. The glossy gems turn the works into luxe, glitzy artworks. But Perrotin wins for the most eye-catching Pivi presentation: The gallery has erected a giant sculpture comprised of over a dozen fake bear fur pelts (white, brown, and black) that circle the walls, ceiling, and floor of the booth’s entrance. Pivi titled the work, unsubtly, What goes round – art comes round (2010). The entire installation is priced at €220,000 ($250,000). The gallery erected a small wooden bridge that allows viewers to walk over the pelts. “It’s nice because you have a different perspective,” said gallery director Donald Ryan. “You can get inside the work.” 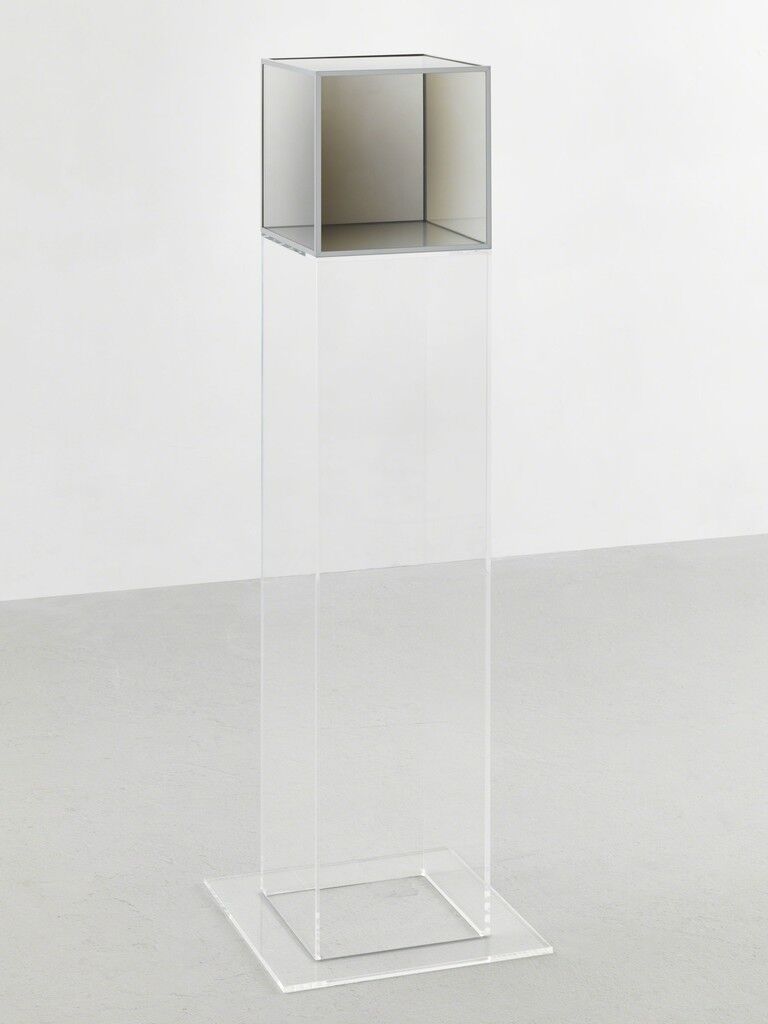 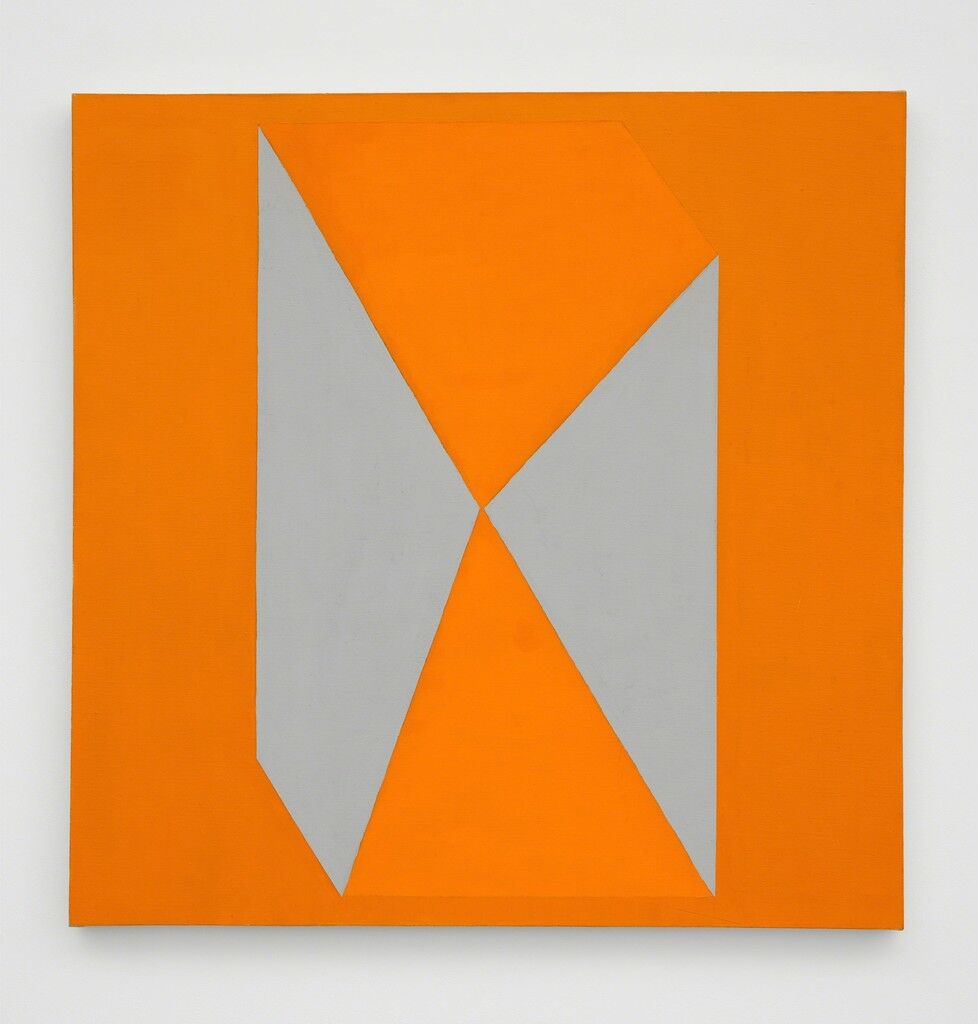 Larry Bell
Untitled, 1960
Hauser & Wirth
While Art Basel certainly boasts the best-known artists exhibiting in Miami fairs this week, the convention center is also bolstering the careers of a few select emerging artists.
Issy Wood
is showing large-scale, oil-on-velvet paintings of car interiors with the majorly influential London gallery Carlos Ishikawa. The recipient of a 2018 Studio Museum in Harlem residency,
Tschabalala Self
also mounted one of Art Basel’s most impressive presentations, turning Thierry Goldberg Gallery’s booth into a faux-bodega with printed wallpaper depicting shelves, a checkerboard floor, and a rearview mirror. Her work sold out within an hour.
On the other side of the spectrum are the minimalist sculptures of California
Light and Space
artist
Larry Bell
. The ICA Miami is hosting a survey of his artwork, filled with lightly adorned glass cubes mounted on plinths. Again, Art Basel galleries bet on Bell—and won. On the first day of the fair, Hauser & Wirth sold four works by the artist, for prices ranging from $100,000 to $2 million. Pace Gallery devoted its entire booth to Light and Space artists, selling a Bell sculpture for $250,000.
Another artist with a survey at the ICA, Judy Chicago, cropped up everywhere this week. The gallery Nina Johnson in Little Haiti is exhibiting photographs and video from Chicago’s “Atmospheres” series from the late 1960s and early ’70s (restaged beginning in 2012). Using fireworks and dry ice, Chicago created plumes of colored, smoky vapor in the deserts and forests of the American West. Nude, painted women often appear in the pictures, which exude a sense of New Age spirituality. 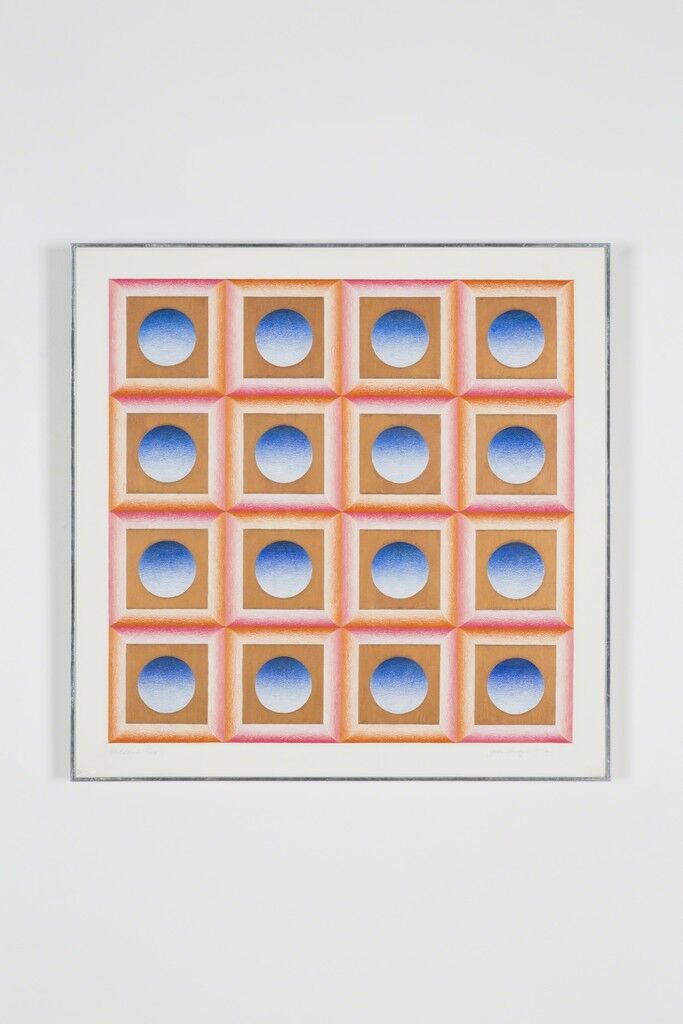 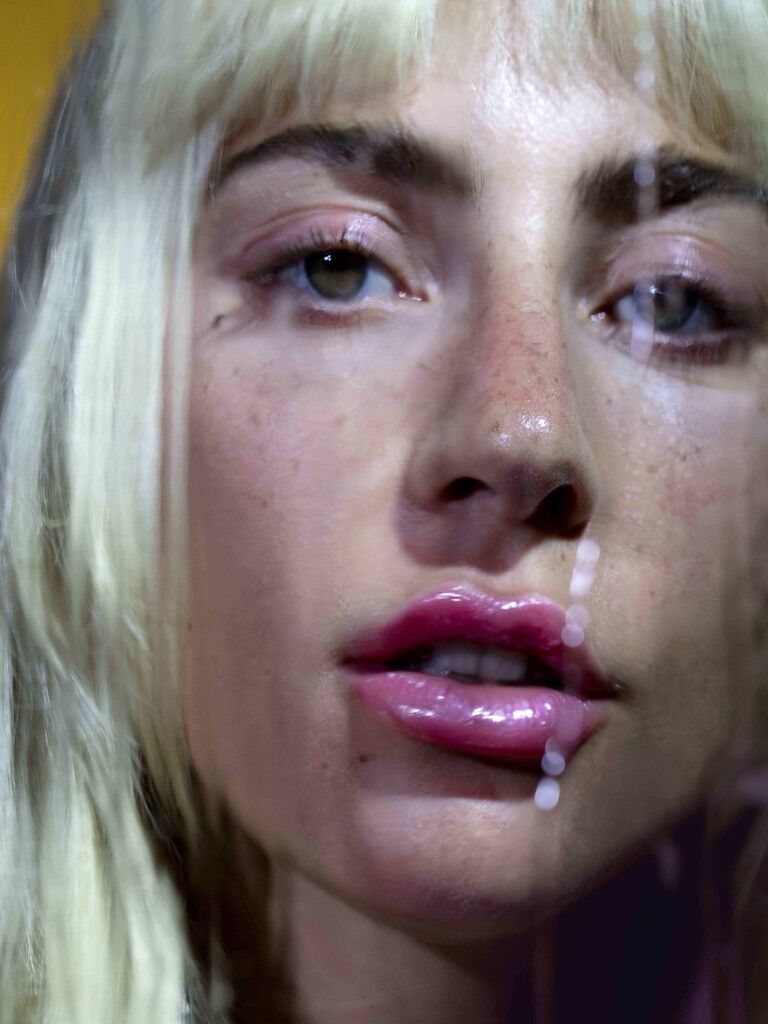 Marilyn Minter
Gaga Oh La La, 2018
Salon 94
Advertisement
Salon 94’s Art Basel booth sold Evening Fan (1971), one of Chicago’s major geometric abstract paintings, for $650,000. The gallery, in fact, elected to show work by mostly female artists—painter
Marina Adams
, photographer
Marilyn Minter
, and ceramicists
Ruby Neri
and
Betty Woodman
. “We’ve sold all of our artists,” gallery director Alissa Friedman told Artsy. “It’s been very active and encouraging.”
Salon 94 also exhibited work by self-taught artist
Purvis Young
, who began painting in the 1970s (he passed away in 2010). His brushy canvases feature squiggly brushstrokes and African-American figures in cityscapes or against ambiguous landscapes. Friedman told me that by Friday morning, the gallery had sold about eight pieces by Young. “I think that there’s a general thirst for authenticity,” she explained. “People are much less doctrinaire about what they consider high art. I see these as genuinely beautiful, expressive strong works.”
Young’s popularity crossed Biscayne Bay, as well. Most importantly, the Rubell Family Collection is mounting a solo presentation of his work, up through June. And over at NADA Miami, viewers swarmed around James Fuentes’s presentation of Young’s works—over a dozen canvases. Nearby,
Tyree Guyton
’s faux clocks and portraits (square-filled smiles, sharp angles) at Martos proved another crowd pleaser. At the moment, the Museum of Contemporary Art Detroit is devoting two shows to the artist in his hometown. At a Half Gallery dinner held for
Vaughn Spann
on Thursday night at the Miami Beach Edition Hotel, collector and New Museum trustee John Friedman flipped through images of Guyton’s work on his phone and approvingly compared the artist to
Jean-Michel Basquiat
. (With pieces up at NADA and the Rubell Collection, Spann himself is one to watch.) 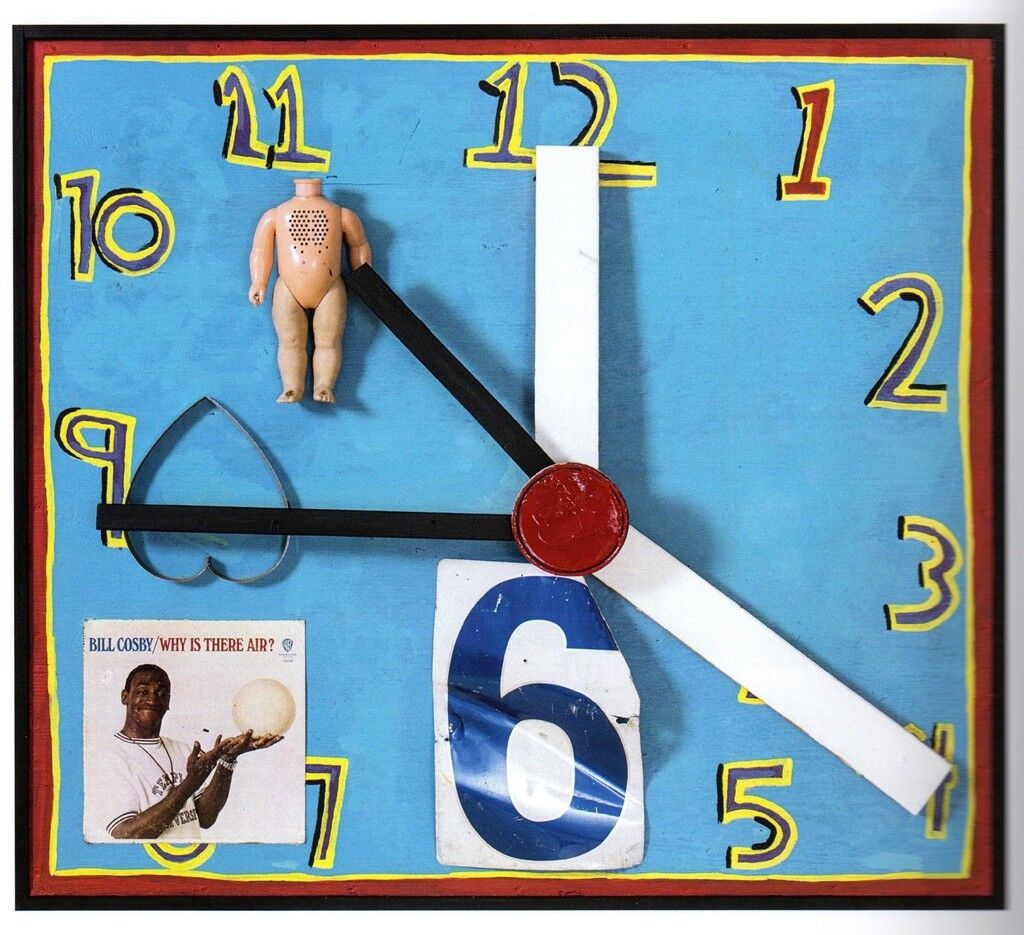 Tyree Guyton
Bad Timing, 2015
MARTOS GALLERY
On Thursday, artist
Nikita Gale
’s conceptual sculpture AN ABUNDANT LOSS (2018), at Reyes Projects, became the second-annual NADA acquisition gift for the Pérez Art Museum Miami (PAMM). (The institution gives two curators funds with which to choose and purchase work for the permanent collection.) The piece is a bright juxtaposition of yellow metal armature, gray foam, concrete, and a microphone; Gale has long engaged with ideas about noise and protest. This is the artist’s first year in Miami for the winter festivities. “It’s like being inside of Instagram,” she said over the phone. “It feels like everything’s compressed in a bizarre way. Art, commerce, capitalism, celebrity culture, beach culture, party culture. It’s pretty surreal.” Gale hadn’t yet ventured much beyond NADA, where she had purchased a work by artist
Amanda Ross-Ho
from the LAND booth and enjoyed seeing Lonnie Holley sculptures, also at James Fuentes.
In general, Ice Palace Studios (which hosts NADA) offers a more relaxed environment than the convention center that hosts Art Basel. Prices, too, were more accessible. Elizabeth Dee, gallerist and director of the Independent Art Fair, purchased two shaped canvases by young artist
Linnea Kniaz
over at the Magenta Plains booth. (The gallery’s director at large, Chris Dorland, told Artsy that he was looking forward to seeing
Arthur Jafa
’s work at PAMM later that day.) Independent Art Fair director Alix Dana was scoping out
Danielle Orchard
paintings—bright, blocky,
Cubist
-informed portraits of women—at Jack Hanley’s booth: “I’m obsessed,” she said. Nearby, Manhattan gallery Larrie was participating in the fair for the first time.
Ashley Teamer
, one of the exhibiting artists, was standing near her paintings, all three of which depicted female basketball stars. “I’m solidifying their position as legends,” she told Artsy. “I’m talking about black femininity.” 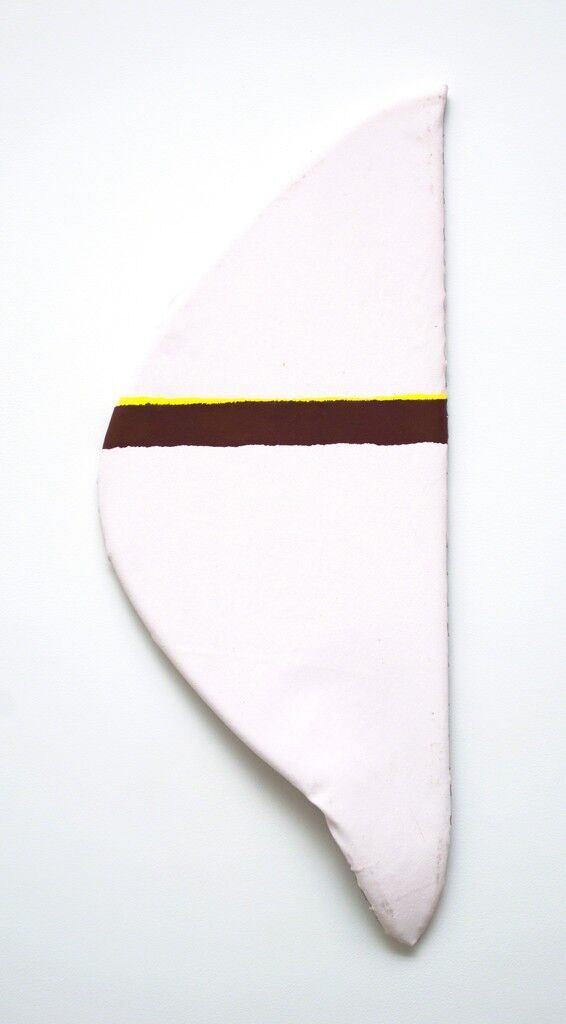 Linnea Kniaz
Orange, Staying Down, 2018
Magenta Plains
Back on the beach, UNTITLED featured a relatively breezy scene. Denny Dimin Gallery, however, was blissfully busy. The gallery reported selling around 30 works by artist
Erin O’Keefe
by Friday morning—all close-up photographs of brightly painted objects that resemble paintings at first glance. At the booth, Elizabeth Denny and Robert Dimin attempted to count exactly how many pieces they’d sold: one to the Mead Art Museum at Amherst College, one to the Cleveland Clinic, and two to trustees at the Hirshhorn Museum and Sculpture Garden and the Wadsworth Atheneum. The pair flipped through the sales book, counting and recounting red stickered dots. “When we tell people they’re looking at abstract photography and not painting, they have this kind of aha moment,” Dimin said—the optical trick can seal the deal.
For his part, gallerist David DeBuck sold over eight glittering artworks by
Devan Shimoyama
within UNTITLED’s first hour, from around $20,000 to $50,000. Shimoyama currently has an exhibition up at the Warhol Museum in Pittsburgh—bright and graphic, his eye-catching canvases harken back to the prints of the
Pop
maestro himself.
Theaster Gates
offered entertainment both at Art Basel—he showed pieces at Regen Projects and Richard Gray Gallery (which will have a solo exhibition of his work this spring)—and off-site. As each long day came to an end, crowds headed to Prada’s pop-up installation at the Freehand hotel. There, Gates had mounted black-and-white photographs from back issues of Jet and Ebony magazines. On Thursday—the club’s final evening—the artist gave a jazz performance with his band Black Monks. While he and the musicians offered new interpretations of quintessential American songs (“My Country Tis of Thee” and “The Star-Spangled Banner”), an increasingly rowdy crowd watched—with both genuine interest and an eye toward how the whole thing would look on Instagram.
Alina Cohen is a Staff Writer at Artsy.

Correction: A previous version of this article stated that Paola Pivi’s work “What goes round – art comes round” costs $180,000. It costs €220,000. The text has been updated to reflect this change.

The Imperfect but Invaluable Experience of Virtual Figure-Drawing Classes