Welcome to Artsy Insider. This week, in observance of Asian American and Pacific Islander (AAPI) Heritage Month, I’m taking a close look at growing collector interest in two artists of the Asian diaspora—one an established art market force, the other an emerging talent—and talking with my colleague Shannon Lee about a collection of works by AAPI artists, which she curated on Artsy, that all reflect on the theme of belonging.
If you’d like to have Artsy Insider sent directly to your inbox, you can subscribe by signing up to Artsy here.

A Steady Riser and a Skyrocket 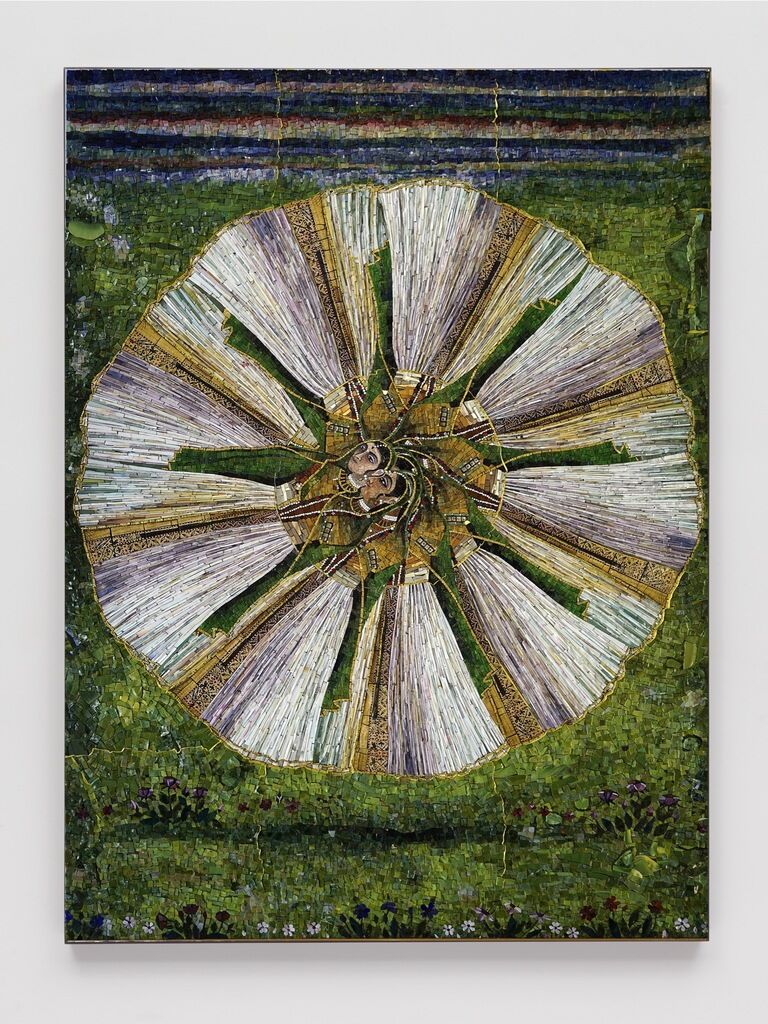 Shahzia Sikander
Arose, 2020
Sean Kelly Gallery
Earlier this month at Frieze New York, the first in-person fair to open in New York City in more than a year, one of the most prominent booths was that of local dealer Sean Kelly. Holding pride of place within the booth was Mirrored (2019), an ink and gouache composition by Pakistani American artist
Shahzia Sikander
in which the outline of a figure formed from intricate symbols and patterns appears right side up and inverted, as if partially submerged. By the end of the fair’s second day, it had sold for $125,000. That purchase price was consistent with another dazzling work by Sikander, the glass mosaic Arose (2020), an edition of which Sean Kelly had offered a year prior at the virtual edition of Frieze New York with an asking price of $135,000. Both works exemplify the artist’s practice of reinvigorating historic media and artmaking practices, including mosaic and classical miniature painting traditions.
While primary-market prices for her larger works seem firmly established in the lower six figures, Sikander’s auction market is more complicated. Her record was set back in April 2008, when her engrossing 1997 triptych Veil ’n Trail sold for $325,000—more than 16 times its high estimate—at a Christie’s “First Open” sale in New York. Like many younger artists, the auction momentum behind Sikander came to a halt when the Great Recession struck later that year. It’s taken the better part of a decade, but her secondary-market stats are now on a measured ascent, with her work exceeding estimates to hit the $100,000 mark twice in the last three years, at Sotheby’s sales in 2018 and 2019. On Artsy, demand for Sikander’s work surged in 2017 when she had five solo exhibitions across the U.S. and Canada, made a standout showing in her native Pakistan at that year’s Karachi Biennale, and joined Sean Kelly’s artist roster. After stagnating for two years, the number of collectors inquiring about her work reached a new high last year, possibly fueled in part by her first solo show with Sean Kelly.
Monica Kim Garza
also had a breakout year in 2020, with solo shows with her dealers in Copenhagen and Los Angeles—V1 Gallery and New Image Art Gallery, respectively. Being selected by
Nina Chanel Abney
for “Punch,” a group exhibition she curated at Jeffrey Deitch’s L.A. space in 2019, probably didn’t hurt, either. Garza, an Atlanta-based painter of Mexican and Korean descent, has built a devoted following with her distinctively colorful and angular renderings of partially or entirely nude bodies in a mix of classical and contemporary scenes, from quasi-
Impressionist
picnics to figures examining fruit in a bodega.
On Artsy, Garza’s paintings range between $2,500 and $5,000 for a work on paper, or between $9,000 and $17,000 for larger works on canvas. Demand for her work on the platform increased nearly tenfold between 2017 and 2020, which was her biggest year to date in terms of the number of collectors inquiring about her work—though at the current pace, 2021 could well surpass that benchmark. All that primary-market demand has yet to translate to the secondary market. But given the level of collector interest, it seems probable Garza’s work will make its auction debut before the year is out.

Artists of the Asian Diaspora to Watch 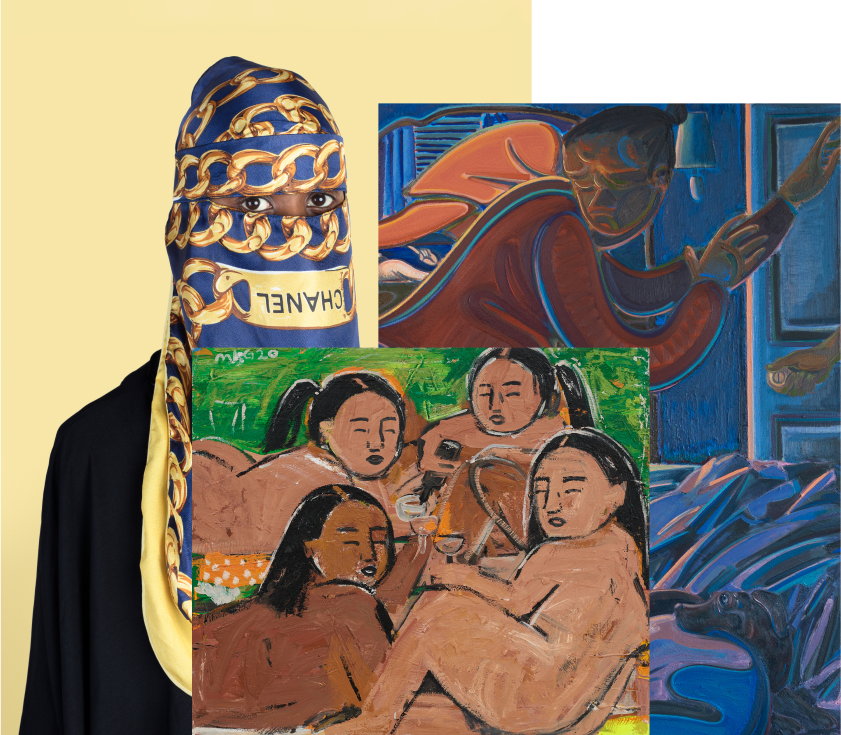 Advertisement
These rising artists represent the continuum of the Asian diasporic experience. Some have honed their craft and bypassed educational barriers, exhibiting in solo shows at leading galleries without an MFA. Others have been experiencing substantial career momentum in recent months, exhibiting internationally in institutions or biennials one after the other.
Explore the full collection on Artsy.

How did the themes of home and belonging in your collection, “Already Home: AAPI Artists on Belonging,” emerge?
The theme of belonging and home was something that was percolating in the back of my mind from the beginning as something that felt intuitive and personal to my own experiences as an Asian American. That nascent concept was affirmed by the works I encountered in my research. In some form or another, almost all of the artworks I came across seemed to speak to this broader, inclusive exploration of how diasporic peoples define home.
As you were curating the collection, were you struck by any unexpected motifs or formal resonances among the works?
Two motifs stood out as I was curating this collection. The first is an impulse to bring histories to light; one of the hallmark AAPI experiences is the feeling of invisibilization and not seeing oneself in this country’s historical narratives. A number of artists in this collection work directly to correct those omissions. The second subtheme I noticed is a penchant for an absurdist sense of humor, which I think speaks to the often surreal realities of being AAPI—sometimes, you can’t help but laugh.
To receive Artsy Insider in your inbox, sign up to Artsy here.
Benjamin Sutton is Artsy’s Lead Editor, Art Market and News.
Related Stories

16 Rising Artists of the Asian Diaspora 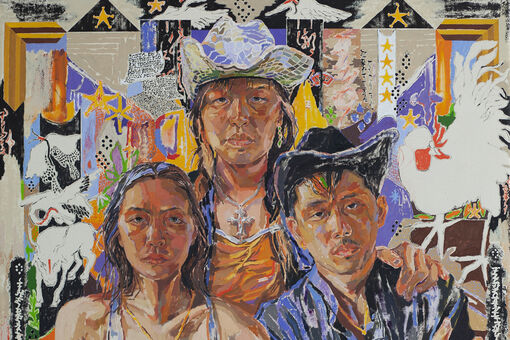