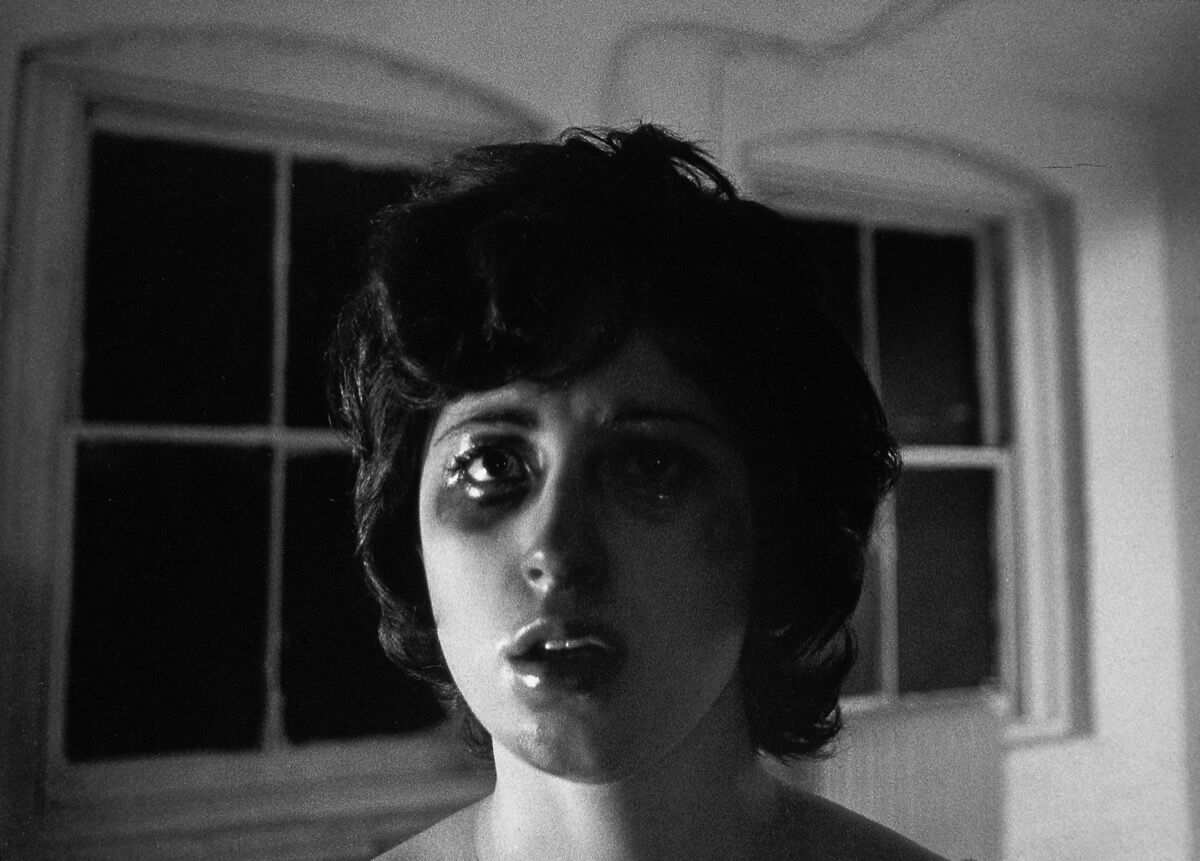 Elephant and Artsy have come together to present This Artwork Changed My Life, a creative collaboration that shares the stories of life-changing encounters with art. A new piece will be published every two weeks on both Elephant and Artsy. Together, our publications want to celebrate the personal and transformative power of art.
Out today on Elephant is Holly Black on Piero della Francesca’s Pregnant Mary.
Cindy Sherman
’s “Untitled Film Stills” (1977–80) unlocked contemporary art for me. I encountered her breakout photo series in full for the first time in a 2006 retrospective at Paris’s Jeu de Paume museum. The images helped me understand how the art being made today could be as much about ideas and pop culture iconographies as it is concerned with the material and formal qualities of an individual image or object. The “Untitled Film Stills” were my bridge from the European modernism of my childhood to the art that has largely dominated my life for the past 15 years.
Growing up in the South of France, in
Paul Cézanne
’s hometown of Aix-en-Provence, the weight of the European art movements that shook the world from the late 19th century and into the 20th was ever-present. Seeing Cézanne’s Sainte Victoire mountain looming in the distance every day, and passing his estate, Jas de Bouffan, every week on the way to basketball practice, it was difficult to look beyond his innovations and the countless modern artists they inspired—many of whom, including
Pablo Picasso
and
Henri Matisse
, created their own iconic takes on the local landscape. Art became, for me, a thing that was very much about being in dialogue with other art, and more specifically rooted in the history of painting in Europe as it proceeded from figuration toward abstraction. The idea that art could be in dialogue with something beyond itself, let alone one of my favorite movies, was inconceivable. 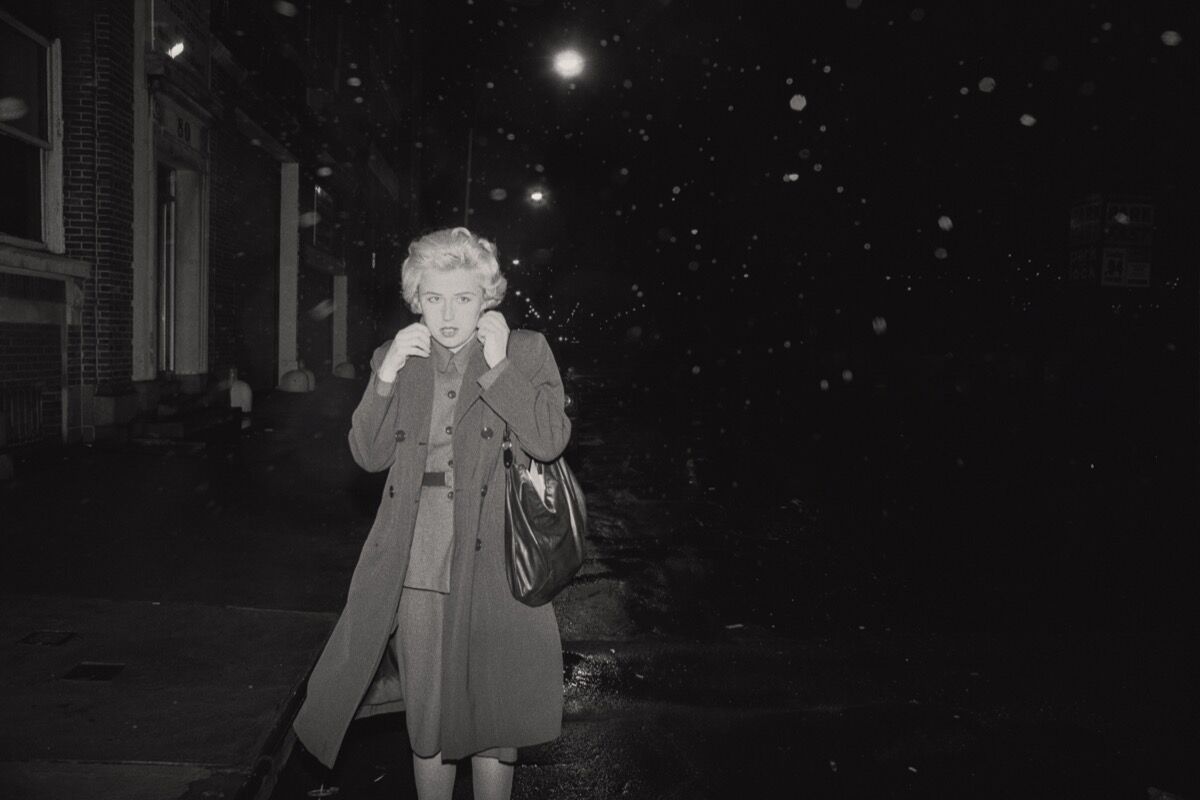 Years later, as an undergraduate student, I devoted a lot of my time and energy to the history and theory of film, fields in which Alfred Hitchcock looms large. The summer after taking a class devoted solely to the master of suspense, I happened to visit the Jeu de Paume, where I’d seen a fascinating exhibition about Charlie Chaplin’s enormous impact on visual culture the previous summer. This time, the main galleries were devoted to Sherman, an artist I knew by name but had never properly studied.
The moment I saw the “Untitled Film Stills” in the exhibition’s opening gallery, I was riveted. Here was someone taking the ideas I’d spent months mulling over in lectures, screenings, and essays, and using them to create new images that were neither fawning hommages nor all-out critiques. Sherman was using a visual language I understood, and doing so in a way that prodded me to question the meanings and values embedded in that language. I was hooked.
Sherman began the “Untitled Film Stills” in 1977, shortly after she graduated from the State University College at Buffalo and moved to New York City. The first six photos in the series, which are among its most intimate, were shot in the apartment she shared with
Robert Longo
, another artist who would go on to become indelibly associated with the
Pictures Generation
. Over the next three years, the series grew to include 70 photographs. 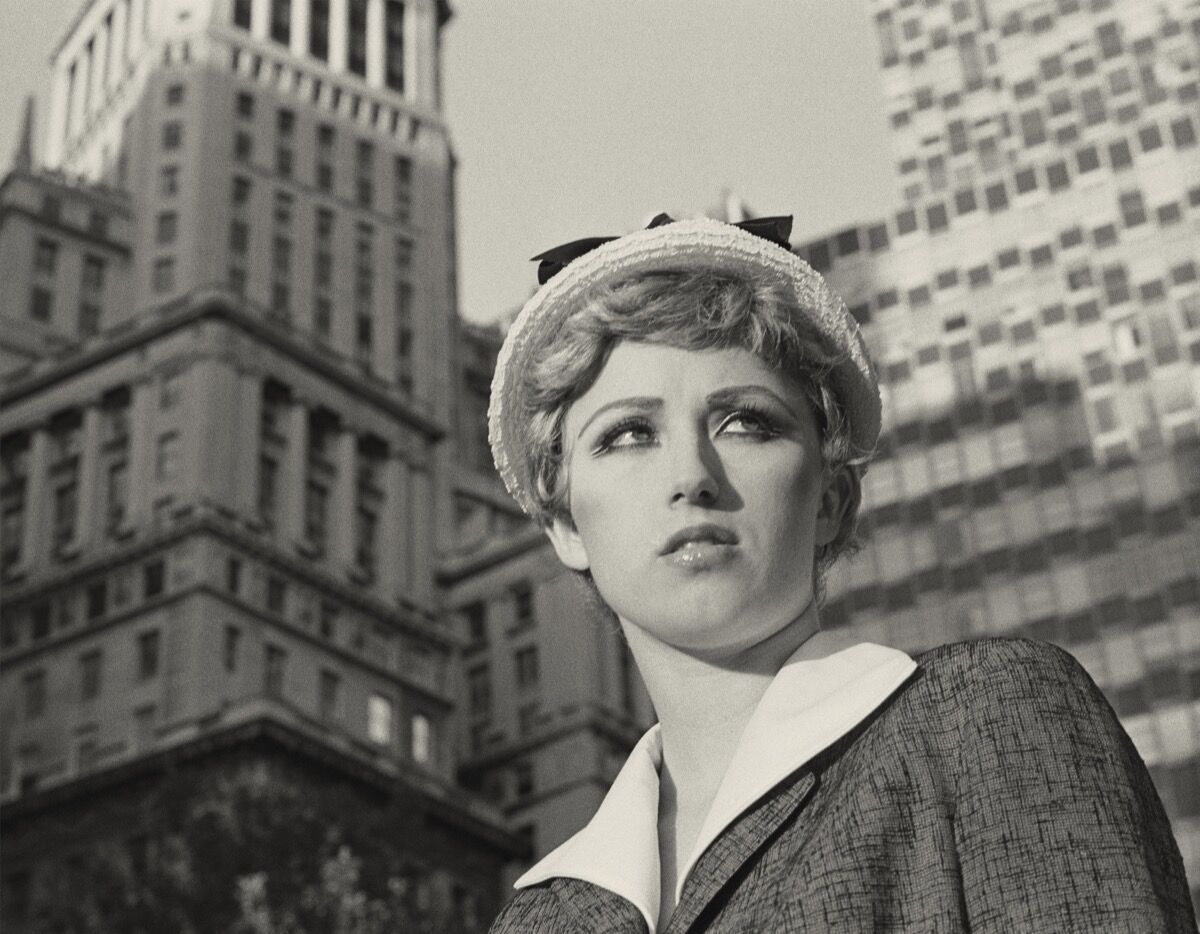 Advertisement
The black-and-white images, which Sherman originally printed in an 8-by-10-inch format, were intended to mimic the glossy publicity photographs shot on film sets and then used to promote movies. “I wanted them to seem cheap and trashy, something you’d find in a novelty store and buy for a quarter,” she said in a 2000 New Yorker profile. “I didn’t want them to look like art.” They were priced accordingly, at $50 per photograph. In 2014, a set of 21 “Untitled Film Stills” sold at Christie’s for $6.7 million—or more than $320,000 per photo—smashing the auction record for Sherman’s work.
Each image in the series features Sherman donning the costume, accessories, and portentous pose of a different archetypal female character in a familiar yet impossible-to-place Hollywood film of the 1950s or ’60s. In some, like Untitled Film Still #54 (1980), she’s a classic Hitchcock blonde in the vein of Tippi Hedren or Kim Novak; in another, such as Untitled Film Still #3 (1977), she channels a more mod-ish vibe à la Brigitte Bardot. Sherman makes an impressive chameleon throughout the series, both in terms of her looks and costumes and in the range of emotions and scenarios she manages to evoke.
The photos challenge us to dream up what might be happening in the imagined film from which they’re taken, but there is no correct answer. Even in the most melodramatic examples, like Untitled Film Still #30 (1979), where she appears in close-up, tearful and puffy-eyed, the image’s meaning remains open to interpretation. The longer I looked at the series during that first encounter in 2006, the clearer it became that what was really coming into focus were the biases and tensions of my own way of seeing. The images are precision-engineered to implicate the viewer in acts of voyeurism and even violence. 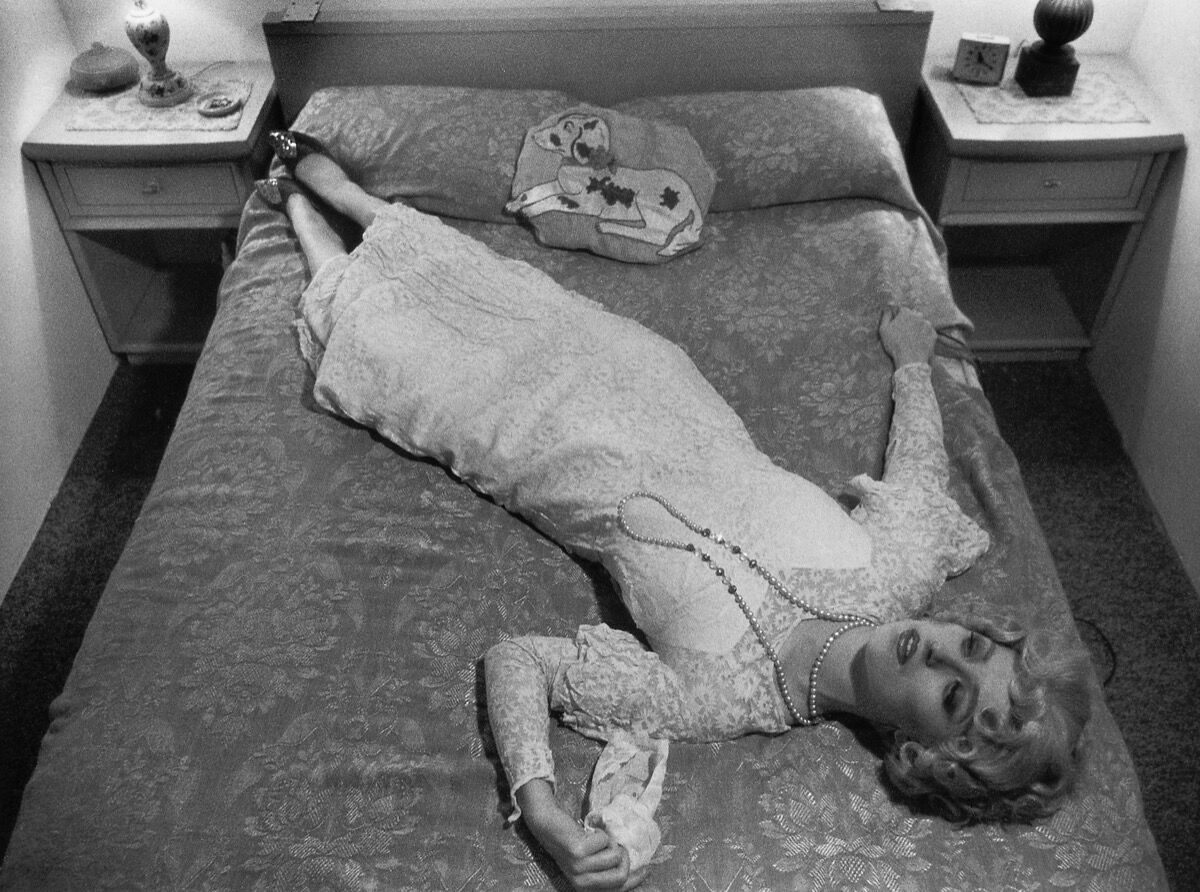 Sherman has grown “a little sick of” the “Untitled Film Stills,” she told art historian Simon Schama in a 2012 interview. She may be alone in that. The series has been thoroughly absorbed by the market and into the contemporary art canon. It is considered the seminal project that set Sherman on her path to becoming one of the most famous photo-based artists working today. It also stands as a textbook example of the Pictures Generation’s postmodernist approach.
The “Untitled Film Stills,” ironically, are now even more recognizable than the once-ubiquitous “glossies” Sherman was trying to evoke: Her generic B-movie heroines have become celebrities. Some, like the triumphant figure in Untitled Film Still #21 (1978), even have their own nicknames—in that case, “City Girl.” Unsurprisingly, the series has proven popular among celebrities with a knack for self-representation and transformation. In 1997, Madonna sponsored an exhibition of the complete series at the Museum of Modern Art. In 2014, Pace Gallery devoted a solo exhibition to
James Franco
’s “New Film Stills,” an ill-conceived tribute featuring photos in which Franco cast himself in Sherman’s place.
But there is no replacing Sherman’s famous series, in my eyes—or, it seems, anyone else’s. The power dynamics embedded in the photographs have only gotten more fraught and complex in the 40 years since she completed the series, and there are still valuable lessons to be gleaned from the “Untitled Film Stills.” With a great economy of means and tireless inventiveness, she managed to create a group of images that are seductive but end up revealing more about the viewer than any of the photographer’s disguised doppelgängers. Well over a decade after my first encounter with them, I’m still parsing their revelations.
Head to Elephant to read its latest story in the series, Holly Black on Piero della Francesca’s Pregnant Mary.

Artsy and Elephant are looking for new and experienced writers alike to share their own essays about one specific work of art that had a personal impact. If you’d like to contribute, send a 100-word synopsis of your story to [email protected] with the subject line “This Artwork Changed My Life.”
Benjamin Sutton
Related Stories

Frida Kahlo’s “Self-Portrait with Monkey,” Helped Me Embrace My Flaws 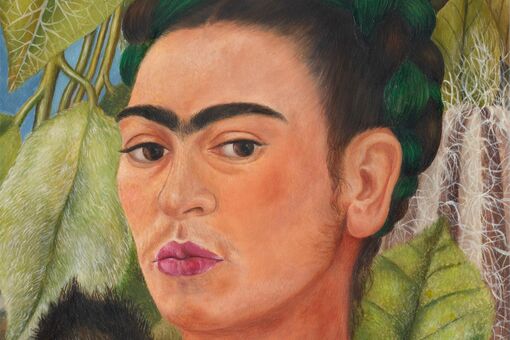 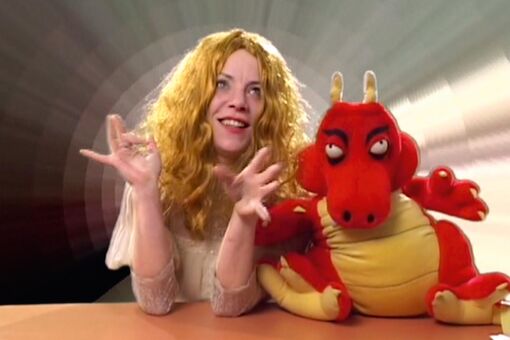 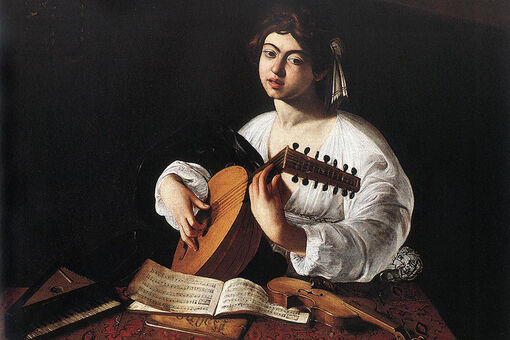 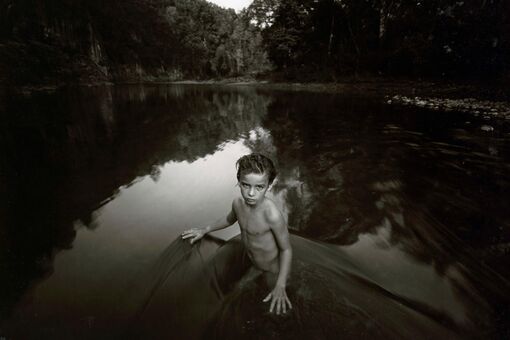