01  A French soldier shot a man armed with a knife near Paris’s Louvre Museum on Friday morning.

(via the New York Times)
The man, who police said attempted to assault four soldiers with a knife while shouting “God is Great” in Arabic, was shot five times during the attack. One soldier suffered a minor scalp injury. The attacker was taken into custody and is being treated in for “life-threatening injuries,” according to a separate report in the Wall Street Journal. The attack took place in the Carrousel du Louvre, a shopping center that connects to an entrance to the world-famous museum. Some 250 visitors to the museum were moved to secure areas. Those who were visiting the shopping area and the museum who were taken to blocked-off areas were let out by midday. The museum closed for the rest of Friday but is expected to open again on Saturday, according to the Times. Recent terror attacks in Paris have been linked to a decline in attendance to the institution.

02  President Trump’s visa ban has had an immediate impact on artists and institutions.

(via the New York Times)
On Friday, Trump signed an executive order on immigration that restricts entry to the U.S. by citizens of seven majority-Muslim countries (Iran, Iraq, Libya, Somalia, Sudan, Syria, and Yemen) for 90 days, as well as prohibiting refugee entry for 120 days, with Syrian refugees indefinitely banned. The order has prompted protest and confusion across the world, as well as worry from artists and institutions. New York’s Metropolitan Museum of Art has expressed fears related to loans and travel, as well as an archaeological project the museum is working toward in partnership with Iraq and Iran. The Los Angeles County Museum of Art believes the new travel restrictions will affect an upcoming exhibition of art primarily from Iran. Many artists, some of whom hail from the countries affected by the ban, will forfeit international travel in protest of or due to the restrictions. Among them are Asghar Farhadi, the Iranian director of the Academy Award-nominated film “The Salesman,” who will not be attending the Oscars ceremony. (The director told the New York Times on Sunday that he’d skip the ceremony even if a travel exception were granted, in opposition.) Meanwhile, a green card-holding Iranian artist,
Shahpour Pouyan
, is unable to leave his home base in New York to travel to upcoming exhibitions in Toronto and Paris. The Museum of Modern Art in New York even went so far as to re-hang several of its galleries to highlight artists from the countries impacted by the travel ban.

03  The trial of the so-called “spider-man” burglar, who stole €100 million in artworks from the Musée d’Art Moderne, is underway in Paris.

(Artsy)
Vjeran Tomic is charged with stealing cultural property and, given he has a prior record, faces 20 years in prison if convicted. His two alleged accomplices face 10-year sentences if convicted on charges receiving stolen goods. In 2010, five works of art—valued at €100 million and often described as priceless—were stolen from Paris’s Musée d’Art Moderne. The thief eluded security systems and dozing security guards. Works by Picasso, Léger, Braque, Matisse, and Modigliani were carefully removed from their frames and vanished into the night. At the time, the city’s mayor Bertrand Delanoë called it an “an intolerable attack on the  universal cultural heritage of Paris.” Now, six years later, the burglar, nicknamed “the spider-man,” and two accomplices are on trial. One of those accomplices says he panicked after the robbery and threw the works of art into the trash—though the presiding judge and his co-defendants don’t believe the claim. A verdict is expected on February 20th.

04  Sotheby’s has appointed Lord Harry Dalmeny as its U.K. Chairman.

(via Sotheby’s)
The 26-year veteran of the auction house fills the post, which has been vacant since James Stourton left Sotheby’s in 2012. He will now helm all of the house’s activities and strategy in the U.K. and Ireland. CEO Tad Smith called Lord Dalmeny “one of those remarkable forces of nature” and “a master on the rostrum” in announcing the 49-year-old’s promotion. Sotheby’s commended Lord Dalmeny’s skill in securing single-owner sales, connecting this acumen to his earliest experience at Sotheby’s in 1977, when the house sold his family possessions after the death of his grandmother. The move is somewhat of a departure from Smith’s recent hiring strategy for the U.S. arm of Sotheby’s, which has seen focus shift from the traditionally aristocratic business of auctioneering to recruiting individuals from the business and finance sectors, amidst moves for the house to increase its service offering to its clients, alongside its role as an auctioneer.

(via The Art Newspaper)
The world-famous museum, known for its collection of works by Italian artists such as
Botticelli
,
Michelangelo
, and
Leonardo da Vinci
, is also home to “arguably the largest collection of [works by] female artists before the 19th century,” Eike Schmidt, the museum’s German-born director, told The Art Newspaper. The effort to exhibit more women stemmed from a 2015 conversation between Schmidt and the feminist collective
The Guerrilla Girls
, who have been waging a decades-long battle against the underrepresentation of women in the art world. Schmidt said the museum plans to make women artists more prominent, both in its permanent displays and through regular exhibitions at the Uffizi and the nearby Pitti Palace, of which Schmidt is also director. “This is not just a special initiative to do for three or five years. I don’t know if I’m still going to be director, but I think we could easily go on for 20 years,” he said. The effort kicks off with a show of paintings by
Renaissance
nun Suor Plautilla Nelli, scheduled to open on March 8th, International Women’s Day.

06  In a last-minute reversal, Israel will not join the EU’s culture program Creative Europe, which would have boycotted funding artists outside the country’s 1967 borders.

(via Haaretz)
Miri Regev, Israel’s controversial right-wing Minister of Culture and Sport, announced that she would be withdrawing her support for joining Creative Europe after it was revealed that the program would implement a boycott on funding for artists living in the Israeli occupied West Bank, East Jerusalem, and Golan Heights. Instead, funding would only be distributed within the country’s 1967 borders. Prime Minister Benjamin Netanyahu was to present the Creative Europe proposal to a cabinet meeting on Sunday but that plan has since been dropped by Regev. “I do not have to pursue anything that I do not agree with. Any international agreement with Israel must include the West Bank,” she said. The position is broadly in line with the conservative Israeli government, which has announced further settlements in the West Bank following the election of Donald Trump. But the move is a blow to Israel’s cultural sector, as Creative Europe would have allowed artists from within the country to apply for EU arts grants

07  Public funding for the arts will continue in Mississippi after bills aiming to dissolve the state’s arts commission died on Tuesday.

(via The Oxford Eagle/The Associated Press)
Republican lawmakers had sought to dissolve the commission as a stand-alone agency and merge its functions with the Mississippi Development Authority, in a stated effort to increase efficiency. Officials at the MAC were surprised at the news, Hyperallergic reported, not least because the agency already works closely with the MDA. The pair of proposed bills in the state’s legislature failed to be debated by House and Senate committees before Tuesday’s deadline for consideration. After the bills failed, Democratic state representative Jay Hughes said, “It was a terrible idea to put politicians in charge of one of the few things that Mississippi does right.” The attempt came amidst a broader national discussion around arts funding, following a report that President Donald Trump is considering eliminating the National Endowment for the Arts. As Artsy has reported, curbing the NEA’s small budget could have outsized repercussions for the institutions across the country that rely on it, and could in fact dampen economic growth.

08  Amid fears a Madrid museum could lose over 400 works from a major collection, a temporary loan agreement has been reached.

(via The Art Newspaper & artnet News)
Earlier this week it was reported that the works, by artists including
Monet
,
Rodin
,
Matisse
, and
Picasso
, could enter limbo after the Museo Thyssen-Bornemisza museum failed to reach a new loan agreement with its owner, Baroness Carmen Cervera. The widow of an industrial tycoon, Cervera wanted a new contract that would allow her to loan works from the collection—valued at €750 million—to other museums within Spain and internationally. Cervera previously attempted to sell the collection to the Spanish state, though was ultimately unsuccessful. A six-month loan extension was signed in 2016, and expired on Monday; officials have drafted another extension for three months, during which time a longer lasting agreement will hopefully be negotiated. The dispute even attracted the involvement of Spanish government, with the Minister of Education, Sport, and Culture helping to negotiate the settlement.

09  A key player in the $80 million Knoedler forgery scandal will face no jail time, a judge ruled Tuesday.

(via Reuters)
Glafira Rosales, a Long Island art dealer implicated in the massive forgery ring that rocked the art world and brought down New York gallery Knoedler & Company in 2011, will not be sent to prison. Instead, she was sentenced to nine months of house arrest by U.S. District Judge Katherine Polk Failla. This follows a 2013 confession from Rosales to, among other charges, conspiracy, wire fraud, money laundering, and filing false tax returns in relation to her role in helping two Manhattan galleries buy dozens of fake paintings, which they then sold for tens of millions of dollars. In letting Rosales off without prison time, Failla cited Rosales’s contention that she attempted to back out of the illegal scheme several times, only to be forced to continue by an abusive former boyfriend, Jose Diaz. Thus far, Rosales is the only one of the four defendants in the case to have been sentenced. The actual artist behind the forgeries, Pei-Shen Qian, is currently a fugitive believed to be in China. Diaz and his brother were both arrested in Spain in 2014 in relation to the case, but an extradition request by the U.S. government was denied.

10  New York’s Vilcek Foundation has named the winners of the 2017 Vilcek Prizes, which honor the contributions of immigrant artists.

(via Vilcek Foundation)
Jamaica-born
Nari Ward
, who moved to the U.S. at the age of 12, was named as the recipient of the Vilcek Prize for the Arts. He was selected for the sizeable award of $100,000 by a jury including Prospect New Orleans executive director Brooke Davis Anderson, the New Museum’s Massimiliano Gioni, and the Guggenheim’s Sara Raza. Three younger artists—
Iman Issa
,
Meleko Mokgosi
, and
Carlos Motta
—were each selected to receive Vilcek Prizes for Creative Promise in the Fine Arts. Each will receive $50,000 in cash in recognition of their selection. The foundation and awards are endowed by Jan and Marica Vilcek, immigrants to New York from the former Czechoslovakia. Coming less than one week after President Donald Trump’s executive order temporarily barring immigration from seven predominantly Muslim countries, the Vilcek Prizes command particular resonance this year, in their mission to honor the cultural contributions of those who have come from abroad and chosen to make America their home.
Artsy Editors
Cover image: Photo by Wally Gobetz, via Flickr.
Related Stories 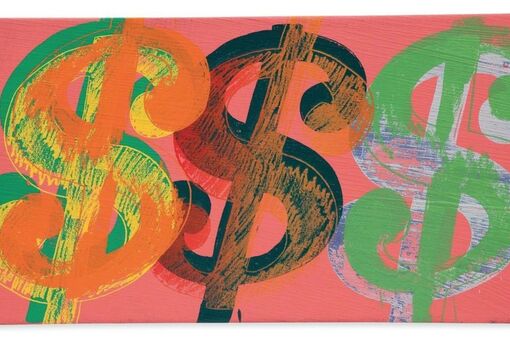 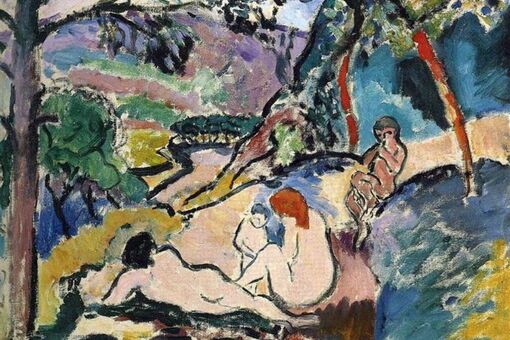 How $100 Million in Stolen Paintings by Picasso and Matisse May Have Ended Up at the Dump
Isaac Kaplan
Feb 1, 2017