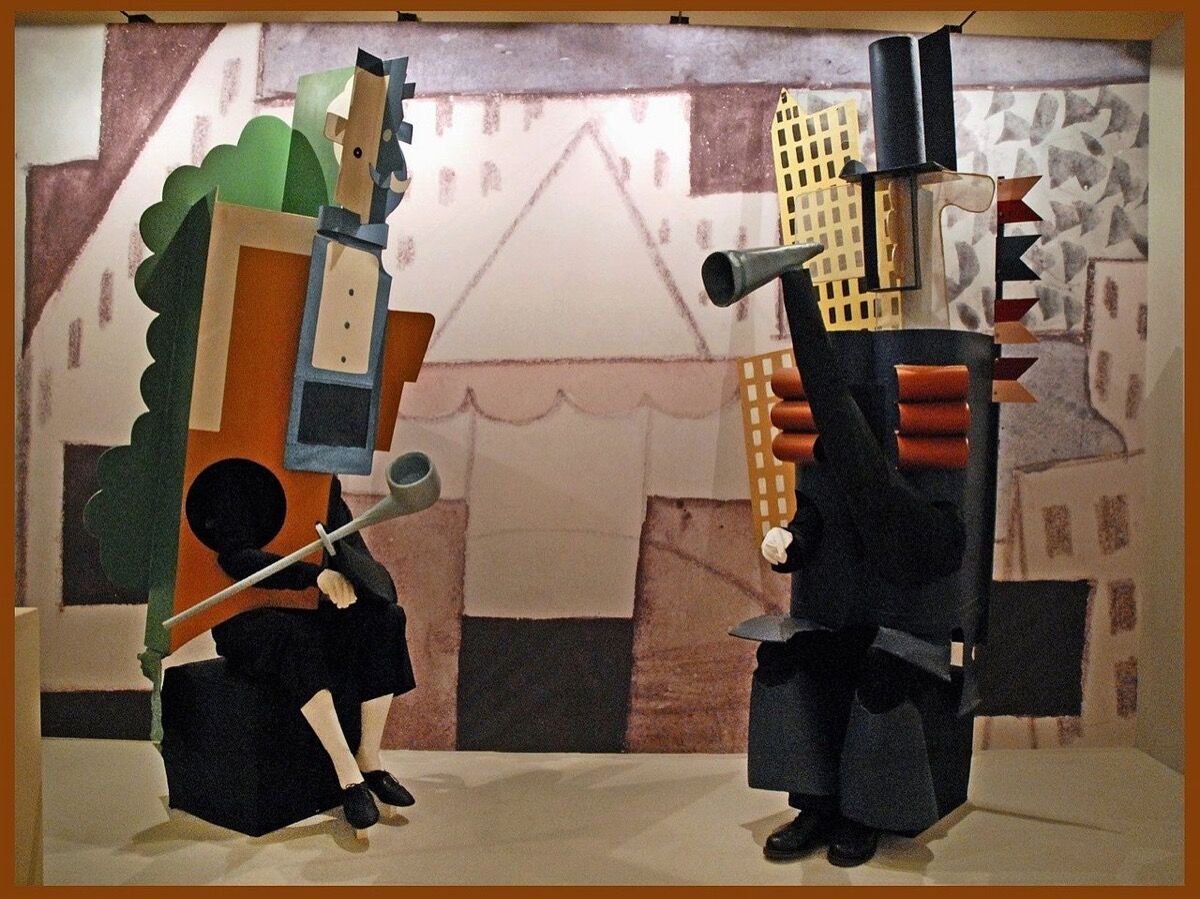 Set and costumes by Pablo Picasso for Parade, 1917. Photo via Wikimedia Commons.

The Picassos were dusty, and the Derains needed mending. They’d been languishing in a Parisian storage facility for two decades, after all. It wasn’t until a series of high-profile auctions in the late 1960s that the works had re-emerged, welcomed by a host of international curators outbidding each other for the museum-level collection.
Rather than paintings, however, the storeroom contained the last remaining set design and costume repository of the legendary Ballets Russes. This independent dance company, active between 1909 and 1929, collaborated with an all-star art cast of the early 20th century and pioneered a pas de deux between ballet and the avant-garde. The collection contained originals by
Pablo Picasso
and his
Cubist
cohort,
Georges Braque
, French
Fauvists
André Derain
and
Henri Matisse
,
Surrealist
Giorgio de Chirico
, Neo-Primitivist
Natalia Goncharova
,
Orphist
Sonia Delaunay
—and the list goes on. 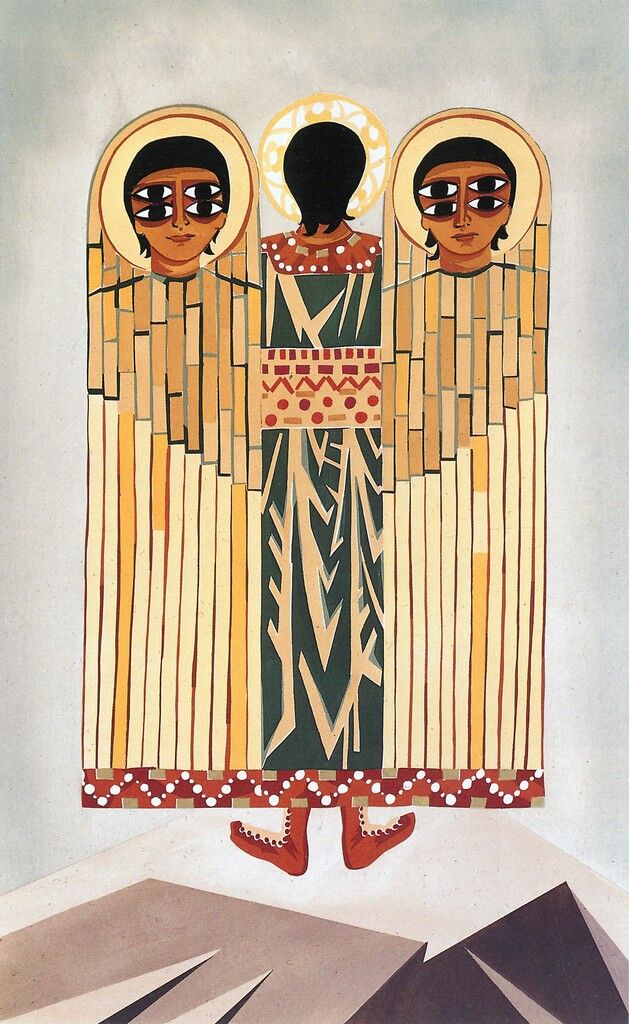 Natalia Goncharova
Costume sketch for an angel, from the ballet to spiritual music "Liturgy", 1915
The Aleksei Bakhrushin Central Theatre Museum, Moscow
Serge Diaghilev, the company’s famed impresario, shocked audiences with the richness of color and choreography that characterized the company’s first season in 1909. At that point, ballet was largely considered the realm of children and old men. Diaghilev hoped to distance himself from that trope and the romanticized image of the tutu-touting ballerina immortalized a couple decades earlier by
Impressionist
Edgar Degas
. His audiences would be cosmopolitan, the dance movements more expressive. He would bring his sensibilities as an art critic and collector to the ballet, transforming it into a vital, modern art form in the process.
Diaghilev’s professional beginnings in his native Russia included co-founding an art journal, Mir iskusstva (The World of Art), and curating exhibitions. He arrived in Paris in 1906 to organize a blockbuster Russian art show, which he followed with a concert series of Russian music the next year, an opera production, and, finally, ballets. He initially worked exclusively with the Russian artists he’d featured in his journal, introducing them to the West. Later, his collaborations widened to include a veritable who’s who of the Parisian art scene. 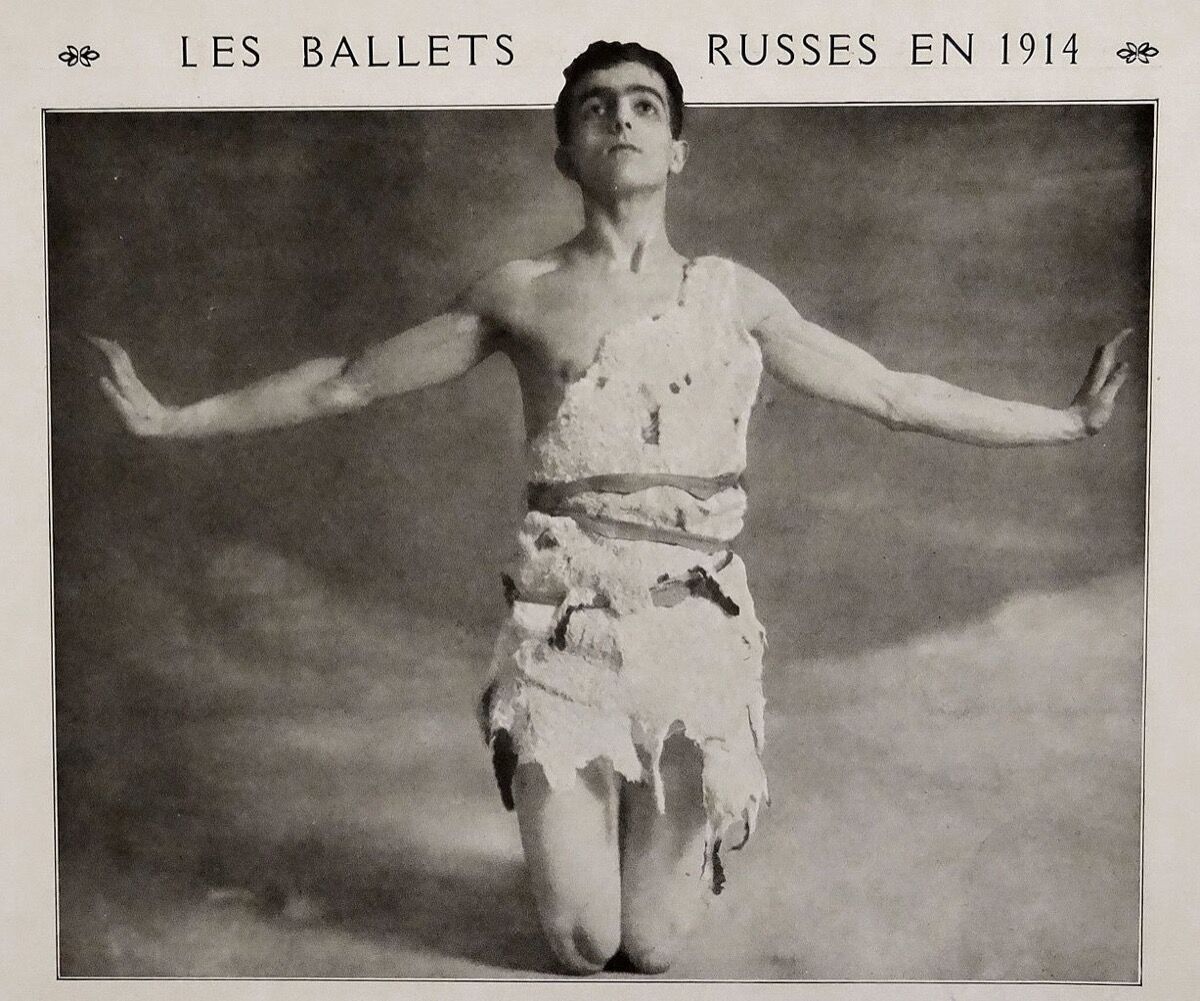 Léonide Massine in The Legend of Joseph, 1914. Photo via Wikimedia Commons.

Advertisement
Diaghilev’s artists auditioned with gallery shows, not theater portfolios. It was his visit to a large-scale Moscow retrospective on Goncharova—a prominent member of the Russian avant-garde, inspired by
folk art
and
Futurism
in equal measure—that led him to commission her for Le Coq d’Or (1914). Years later,
Joan Miró
was invited to create the backdrop and costumes for Romeo et Juliette (1926) after the impresario saw his work at a Surrealist exhibition in the Montmartre neighborhood of Paris.
Many artists collaborating with the Ballets Russes considered it an opportunity to experiment, since the short-lived use of the scenery and costumes gave them a heightened sense of freedom. “It was not something that was going to stay,” says Lynn Garafola, professor emerita of dance at Barnard College. “The ephemerality may have been a kind of attraction.”
Goncharova, for example, designed the scenery and costumes for Le Coq d’Or in a style that combines Byzantine religious iconography with Neo-Primitivism. The primary colors and simplified lines look simultaneously medieval and modern—an amalgamation she may have never explored were it not for the opportunity afforded her by Diaghilev. Matisse’s first-ever use of the paper cut-out technique was while designing the costumes and set for the company’s 1920 production of Le Chant du Rossignol. The artist pinned pieces of paper inside a wooden crate, diorama style, in order to work out the overall composition. (Matisse would return to what he called “drawing with scissors” as a standalone art form decades later, as a wheelchair-bound old man.)

Matisse’s contemporary and artistic rival, Picasso, was involved in the design of six ballets for Diaghilev. It was in Picasso’s first production, Parade (1917), that he took advantage of the opportunity to explore themes from his studio in a different setting. “You can see Picasso’s entire shift [toward a more figurative mode] taking place in Parade,” Garafola notes. The drop curtain was full of Saltimbanque circus people, but the scenery and certain costumes were very Cubist. “So in a sense you get everything sort of mishmashed—where he was coming from and where he was going,” she continues.
Although Diaghilev embraced art’s cutting edge, he also honored the historical traditions these modernists had emerged from. In 1914, Russian artist
Léon Bakst
designed costumes for one-act ballet, The Legend of Joseph, in the style of
Italian Renaissance
painter
Paolo Veronese
. “The commonly known biblical legend is interpreted in the way it may have been done by sixteenth century artists,” Bakst later wrote. “The luxury of the flamboyant oriental colours will pass, as it were, through the artistic vision of the Renaissance.” 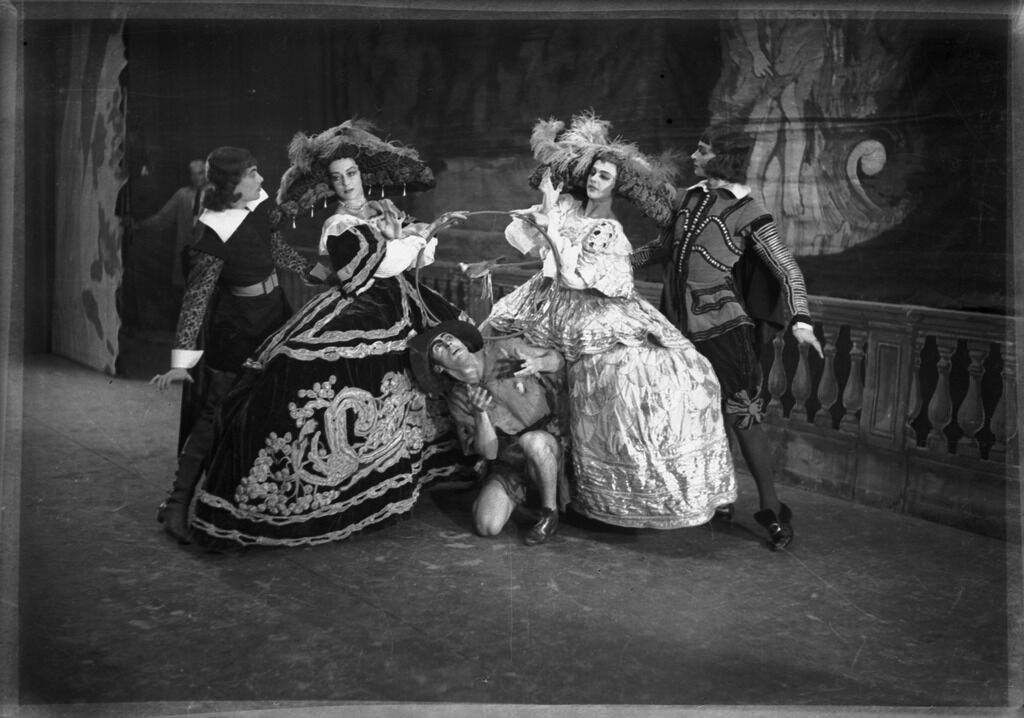 Diaghilev also commissioned Spanish muralist
José Maria Sert
to design
Diego Velázquez
-inspired costumes for Las Meninas (1916)—a performance intended to thank Spain for sheltering the dance company during World War I. Dancers wore dresses inspired by those in Velázquez’s canonical 17th-century Spanish royal portrait, foregoing tutus for corsets and wide, brocaded skirts.
This interweaving of the visual and performing arts was not entirely unprecedented. A generation earlier,
post-Impressionist
Henri de Toulouse-Lautrec
created a set and Norwegian painter
Edvard Munch
illustrated programs for the Théâtre de l’Oeuvre in Paris. But the intense focus the Ballets Russes placed upon merging dance and contemporary art was singular. “There was criticism of the Diaghilev company by the mid-1920s that it was really just like an art gallery,” Garafola says. 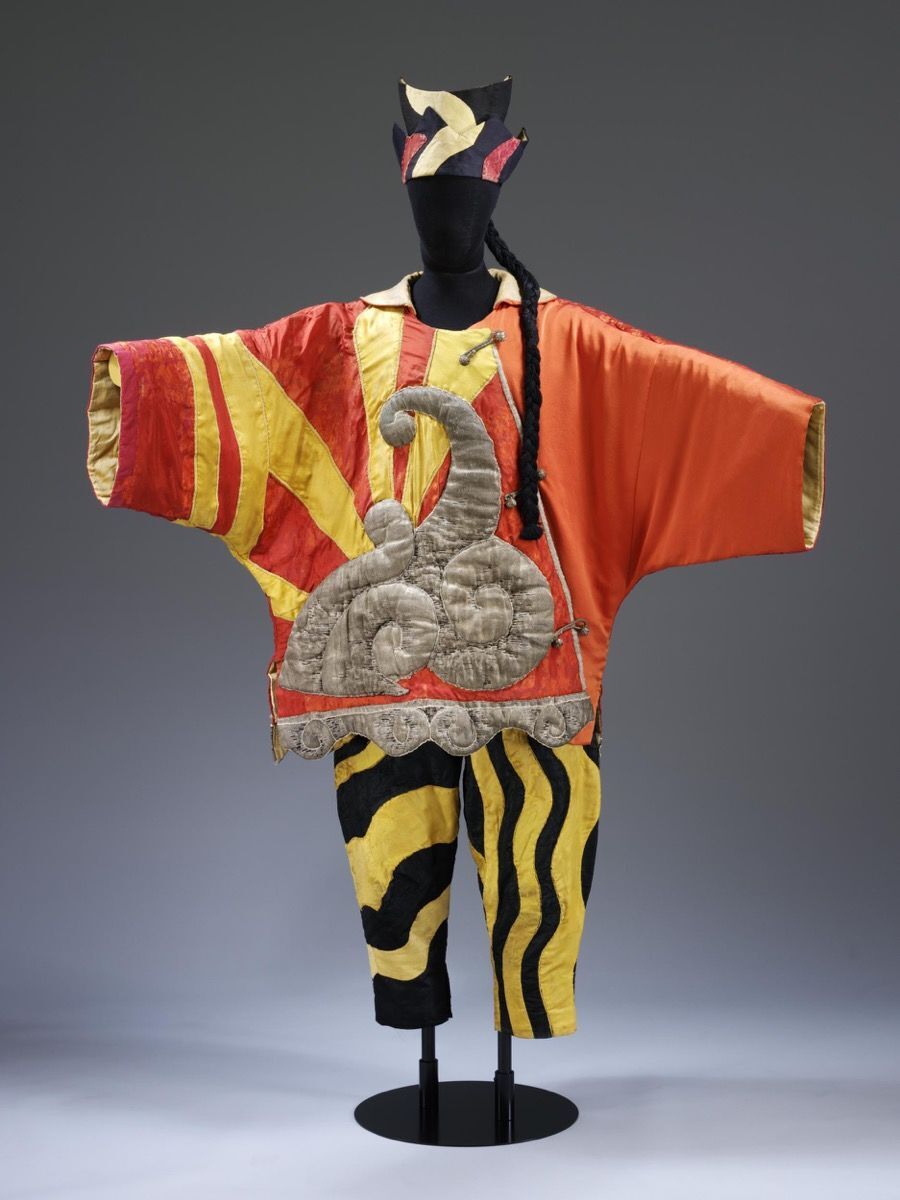 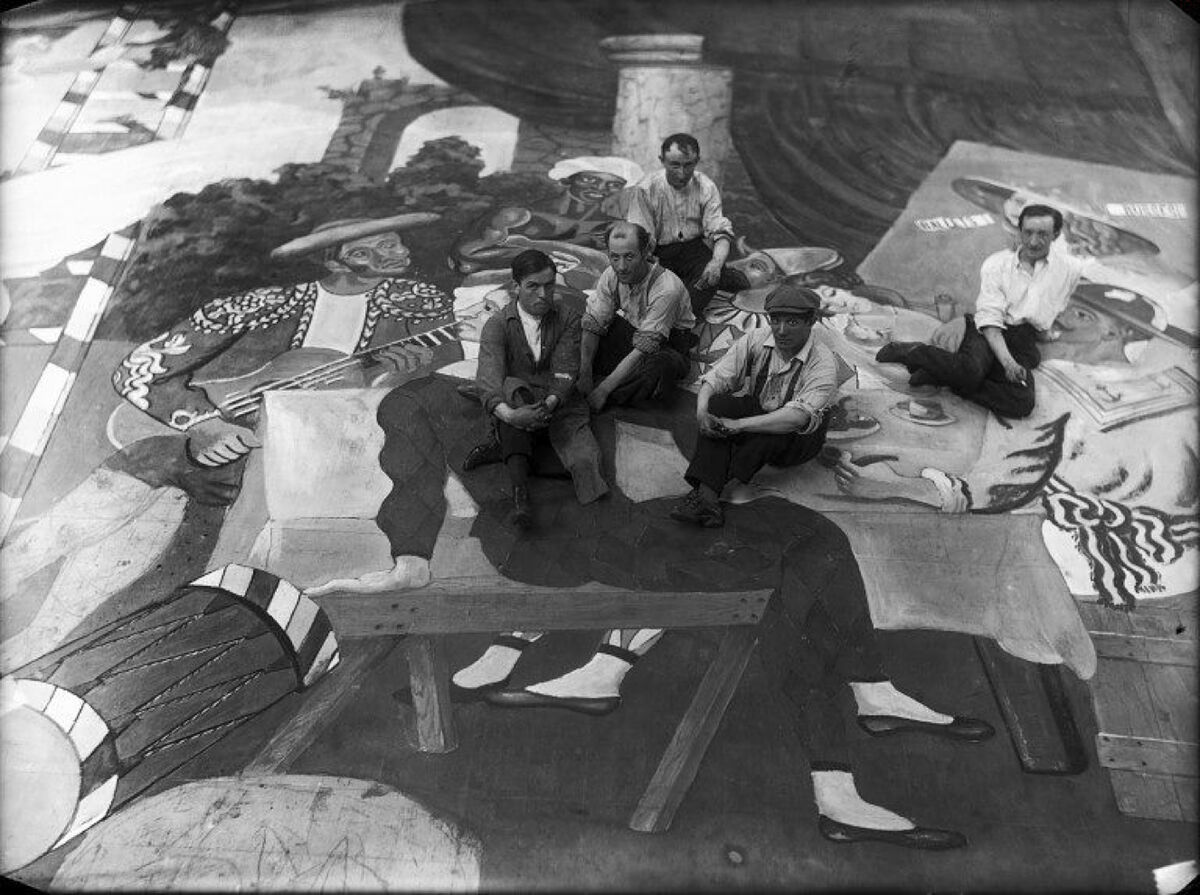 That accusation turned out to be prescient. Many of the sceneries and costumes once intended to be ephemeral are now considered significant parts of their artists’ oeuvres. According to Jane Pritchard, curator of dance at London’s Victoria and Albert Museum, Picasso’s costume for a Chinese conjurer in Parade has been displayed in three exhibitions of the Spanish artist’s work. (Just last year, it was loaned out from the V&A for “Picasso: Between Cubism and Classicism, 1915–1925” at the Scuderie del Quirinale in Rome.)
Thus, the Ballets Russes found a new venue—in museums across the globe.
Karen Chernick
Related Stories