After the Bauhaus, the Lesser-Known Ulm School Had a Seismic Impact on Design 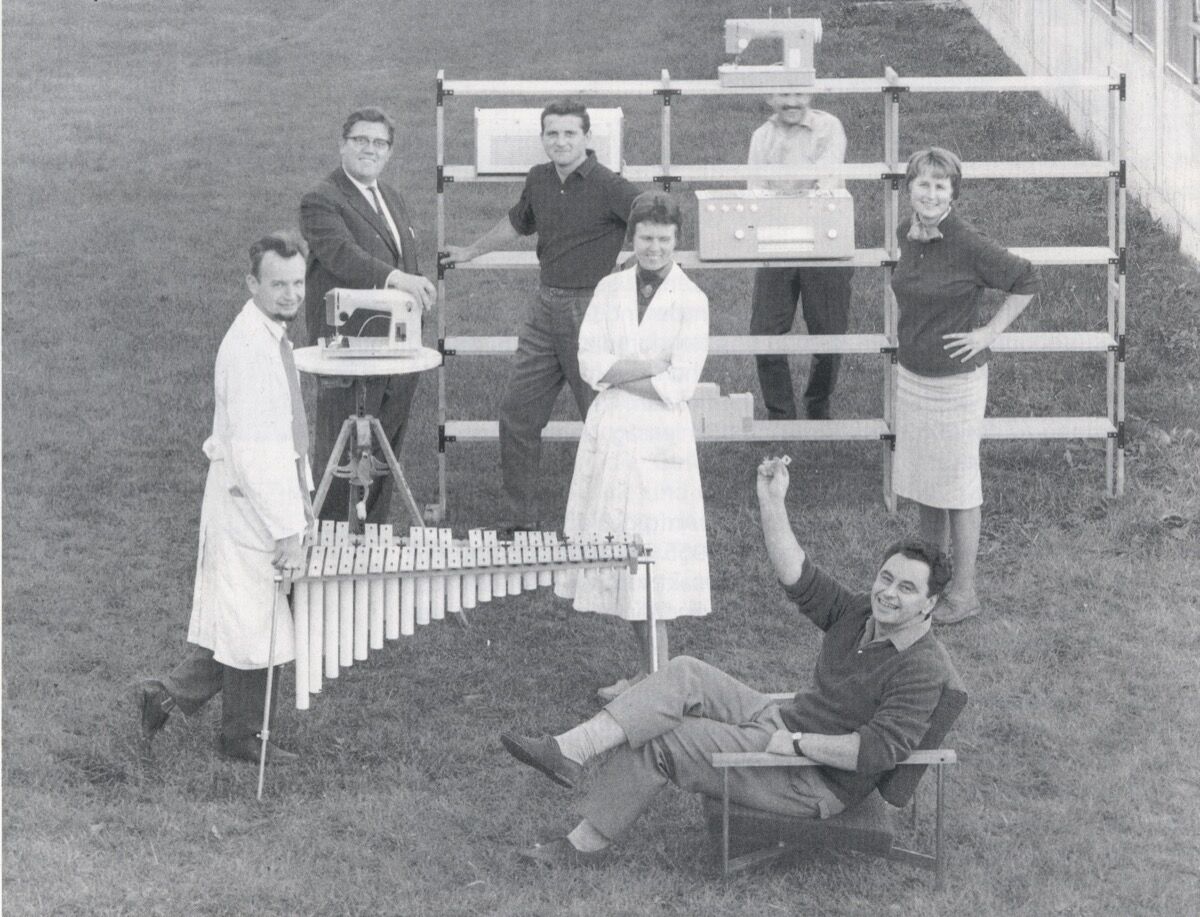 Despite its brief 15-year existence, Hochschule für Gestaltung Ulm (HfG), or the Ulm School of Design, is considered to be the most influential school of design after the Bauhaus. Founded by
Otl Aicher
,
Max Bill
, and Inge Scholl in Ulm, Germany, in 1953, the school championed a progressive education while operating in a scarce economy following World War II. While it seems improbable in these late-capitalist times, the designers responsible for some of the most ubiquitous design work of the 21st century followed a set of principles and systems grounded in being socially responsible above all. 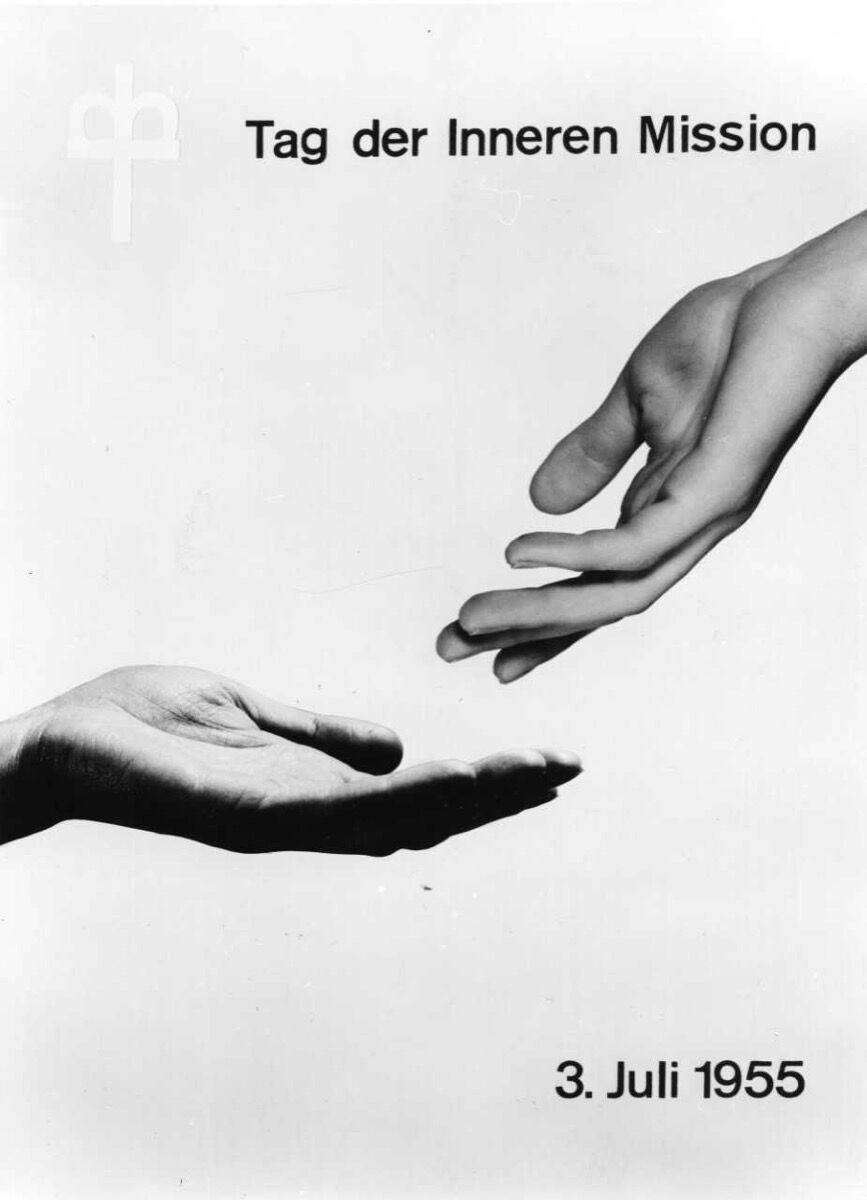 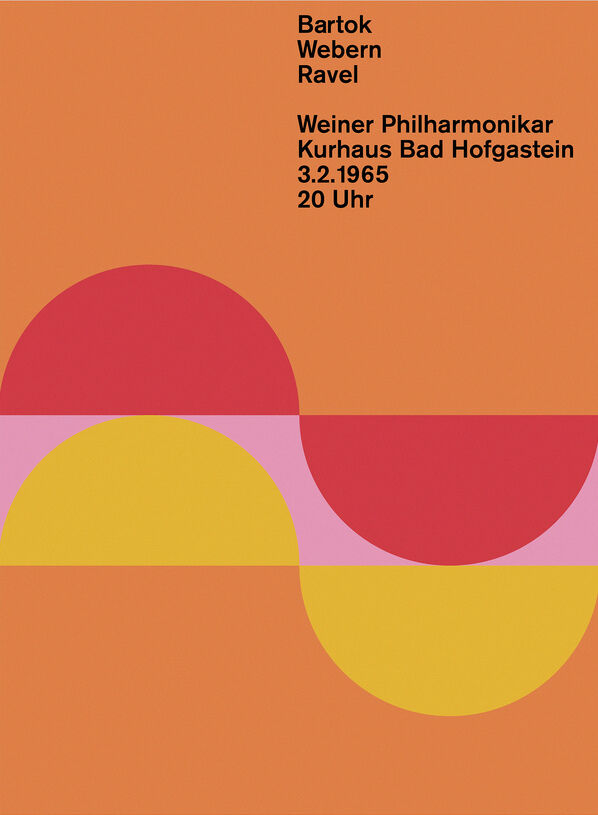 Poster designed by Margarete Kögler in the class of Otl Aicher. Image via Wikimedia Commons.

The vision for the Ulm School was to train a class of socially-minded designers who used modernist principles to build a new world view—one that wasn’t necessarily tied to commerce, but to democracy. At Ulm, the designer’s role was seen as integral for building a new, brighter society, inseparable from social impact. Dr. René Spitz, the Ulm School historian, wrote in 2002: “At the HfG, the social responsibility of the designer for the products he had shaped and for the people who had to use them was central.”
Though the school’s mission seems antithetical to that of consumer brands, by 1958 student groups were working directly with corporations like Herman Miller, Lufthansa, IBM, and Braun. The Argentinian designer and Ulm School leader Tomás Maldonado, a champion of system design—the same philosophy behind flat-pack, IKEA products—saw a future in mass industry. He correctly predicted the democratization of design through modernism and global capitalism. 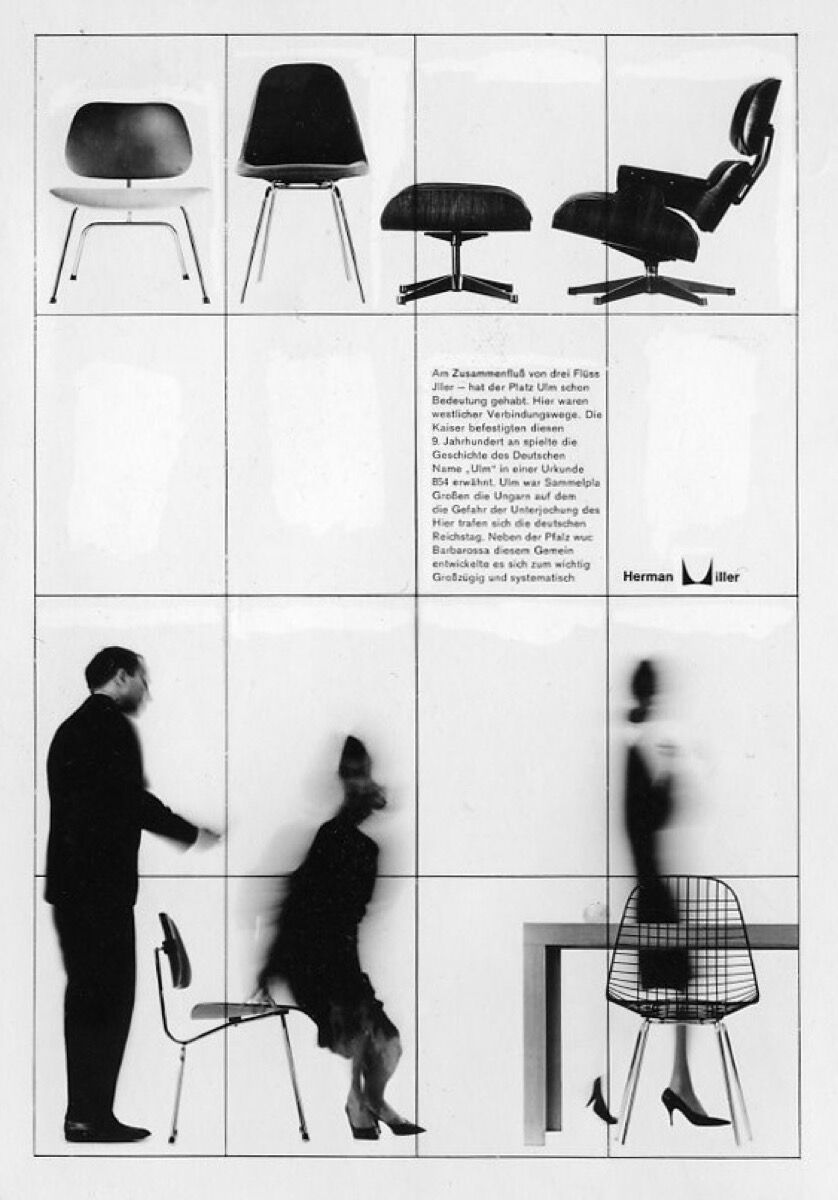 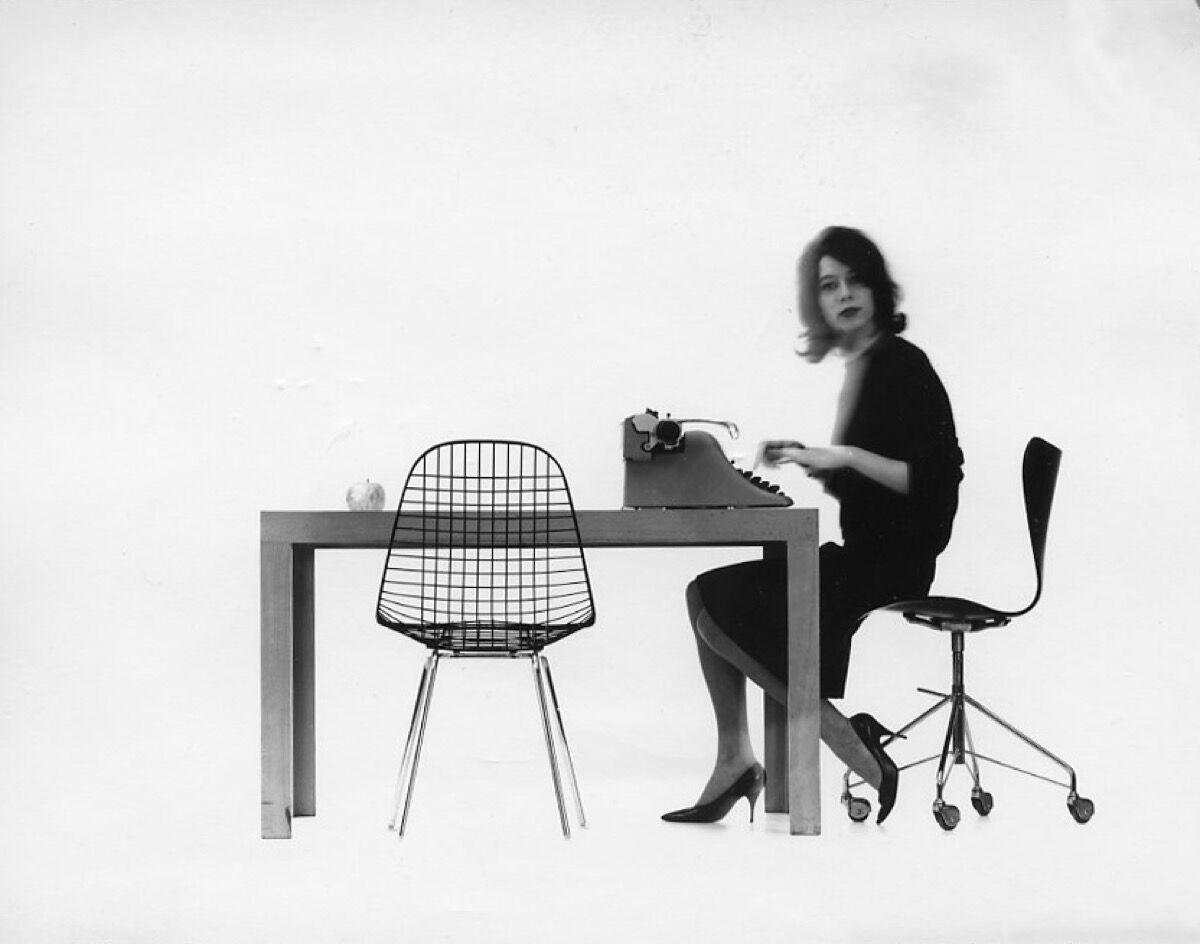 Advertisement
In 1961, photography professor Wolfgang Soil and a team of students directed and photographed a campaign for the American furniture company Herman Miller, though it never ran. This collaboration demonstrates dialogues between the U.S. and Germany in the 1960s, as well as the growing importance of furniture and domestic objects in cultivating an ideal life. Through a combination of expanding consumer spending power, the integration of designers and artists into industry, and advances in mass media, mid-century brands like Herman Miller came to project a lifestyle that their consumers could buy into. 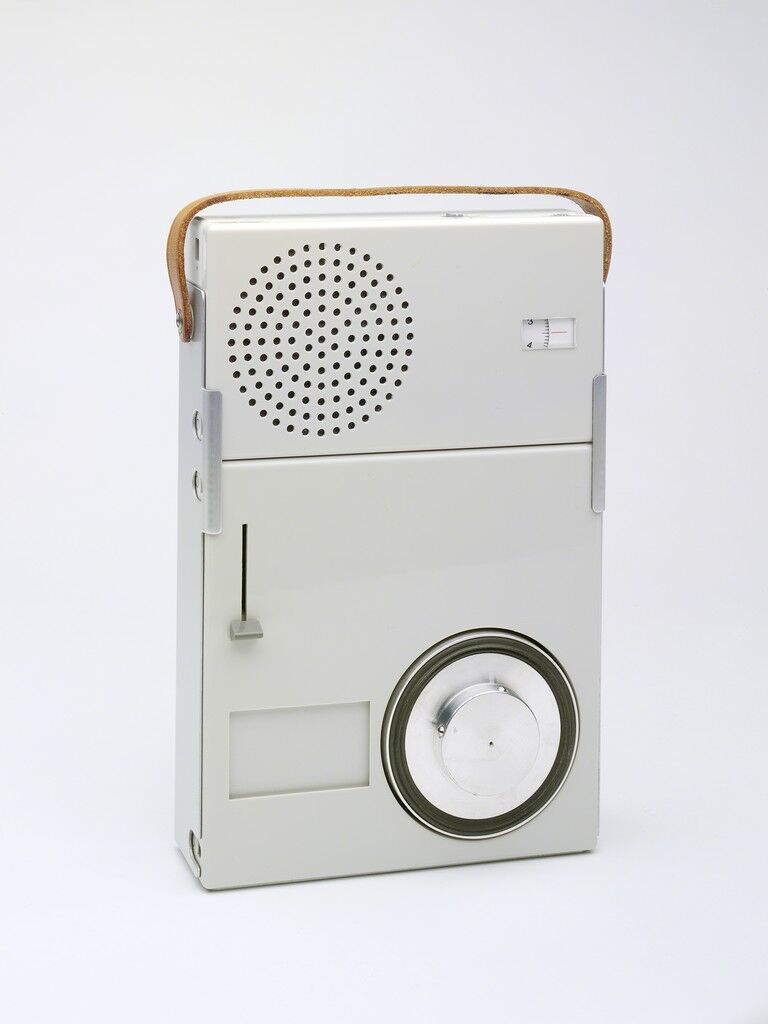 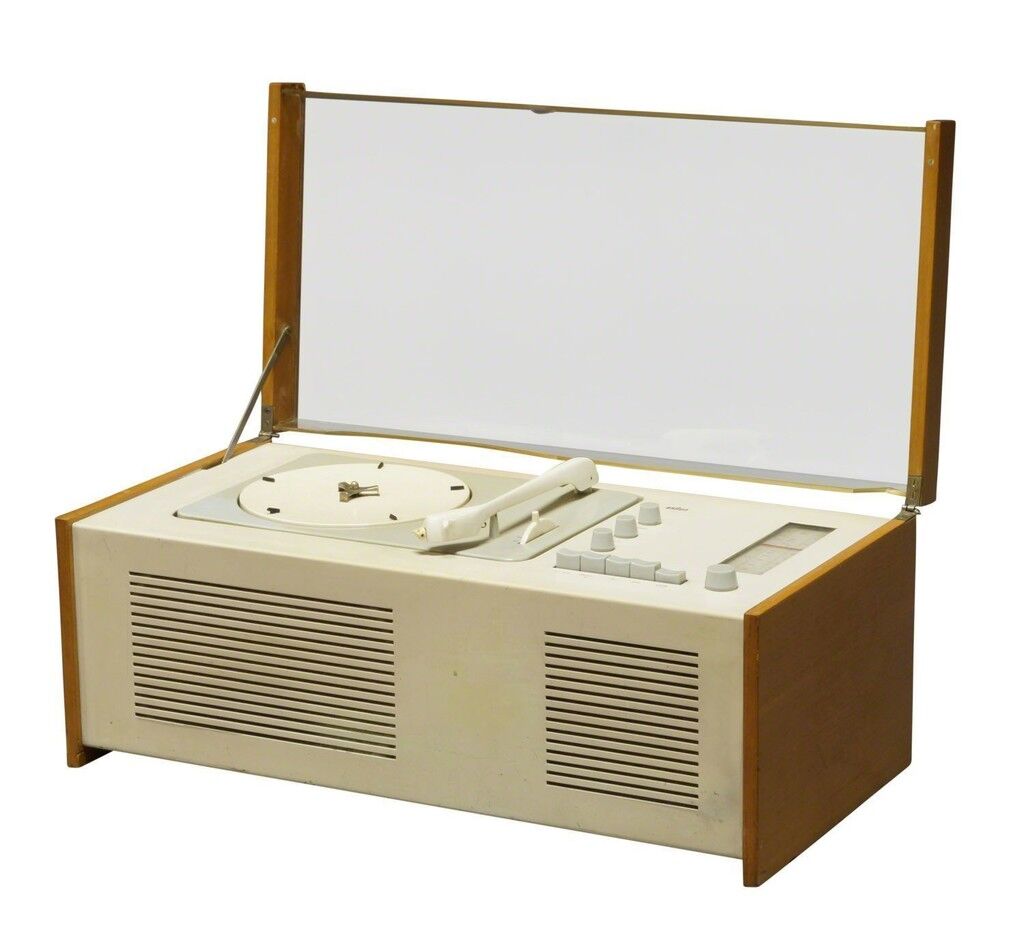 Dieter Rams, Hans Gugelot
a model SK 4/10 radio-phonograph for Braun AG, Germany, c.1954
Roseberys
In the mid-1950s, Ulm professor
Hans Gugelot
and his student team began working with industrial designer
Dieter Rams
and the company Braun, designing legendary audio products that would later become a source of inspiration for Apple. Similar palettes, shapes, and materials aside, what was unique about these products—and how they became instrumental for modern branding—is that the product line looked like it belonged and worked together as a system. Today, design systems can be invisible. In Apple’s product chain, for example, iCloud storage works in tandem with laptops and iPhones. As Spitz noted: “If the Ulm School were still around today, I believe their primary focus would be the architecture of invisible systems and a democratic approach to the digitalization of our daily lives.” 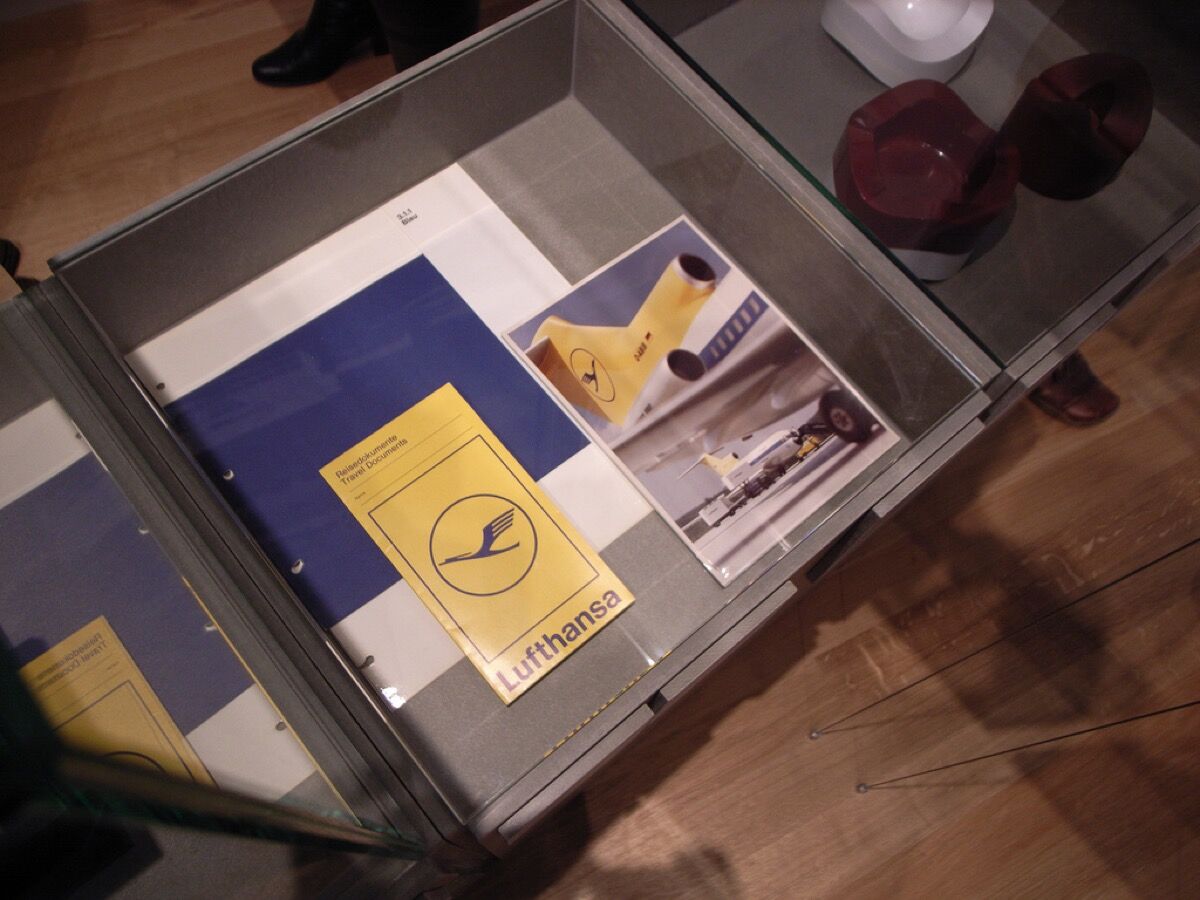 The term “corporate identity” was coined in the 1950s and referred to a set of visual standards and style guides for a company to follow. Logos, typographic and color palettes, and manuals for visual identities were used in an expanding, competitive marketplace, turning functional goods into social currency. Once branded, a good or service could move beyond its practical use into a complicated social dimension where companies could ascribe advanced attributes like values, lifestyle, and class. At times, branding stood in place of a product all together. A 1946 Herman Miller advertisement by Irving Harper didn’t show a single piece of furniture—but instead emphasized the company’s new logo. 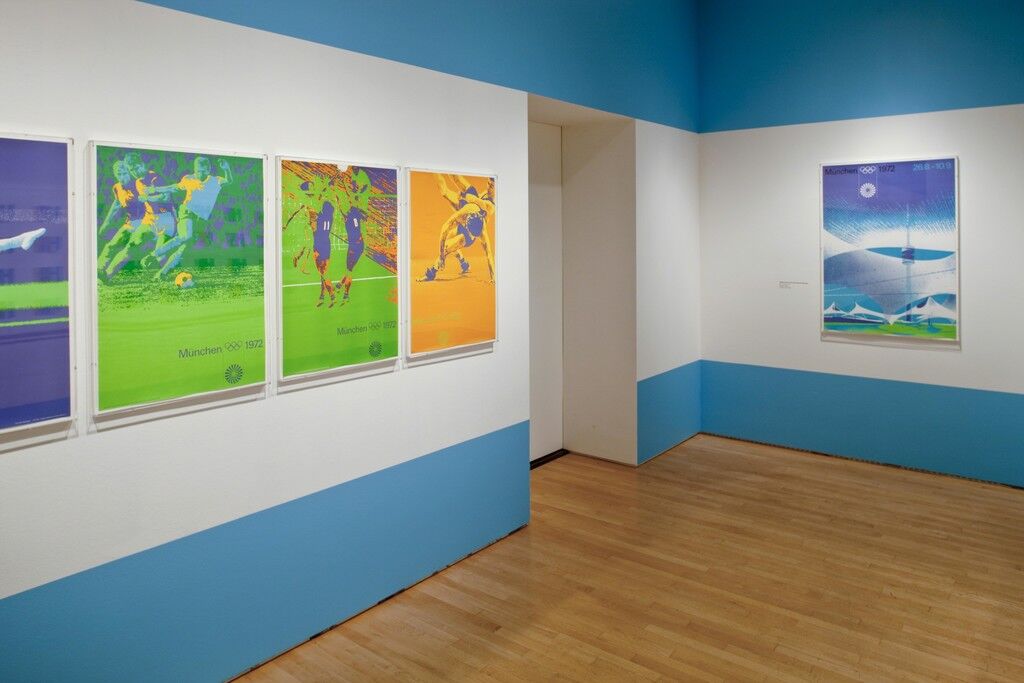 Otl Aicher
Installation view "Otl Aicher: München 1972", 2009
San Francisco Museum of Modern Art (SFMOMA)
Aicher and his team were responsible for one of the most important corporate identity designs of the 20th century. In 1962, they overhauled branding for Lufthansa. Aicher selected its new signature hue, “melon yellow” (called RAL 1028 in the RAL color system), and the airline became associated with its color, like Coca-Cola red at the turn of the century. Additionally, Lufthansa’s logo on top of a “grid” represented the fusion of modernism and corporate identity work, according to Spitz.
After the Ulm School lost its funding in 1968 and closed, Aicher designed posters and promotional materials for the Munich Olympics in 1972. Commissioned by the Federal Republic of Germany, these works represented the country on a global scale and are beautiful in their precision, palette and illustration of movement. Modernism is employed here to articulate a new era of Germany, one divorced from a past of war and carnage. For the event, Aicher envisioned a total modern utopia free of outside branding, restricted to a Bavarian color palettes, and designed down to the trash cans. While the 1972 Olympics were anything but utopic, it appears Aicher intended to create a world within a world, a perfect experience separate from external societal issues. 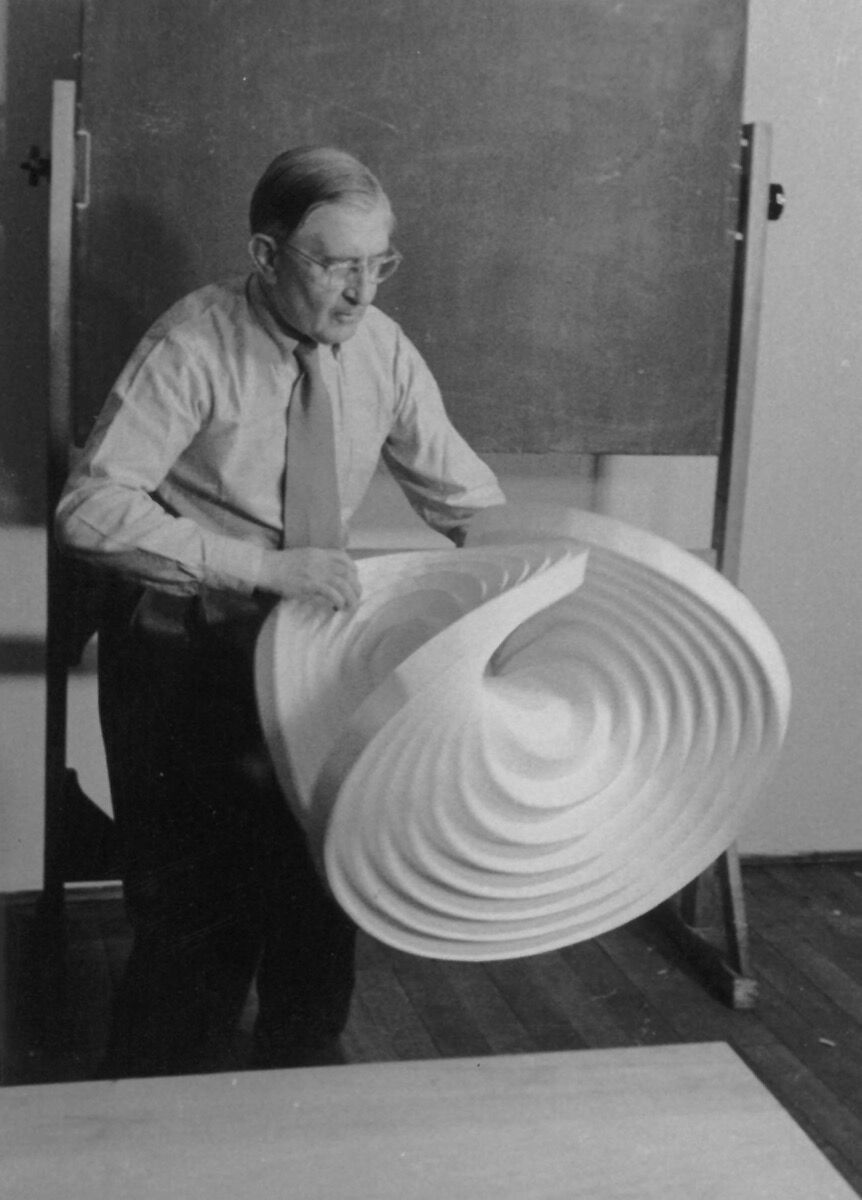 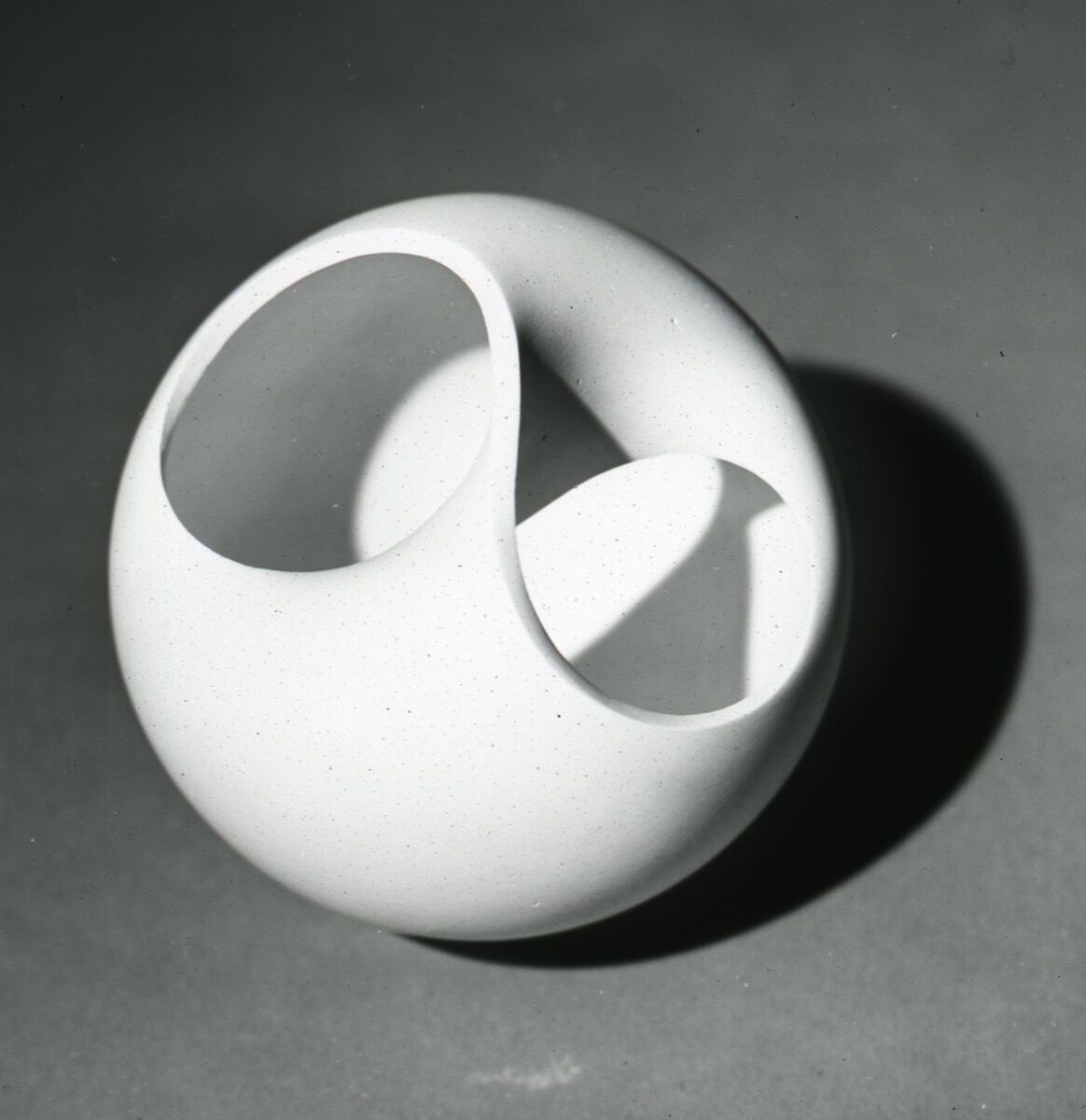 Today, a swoosh or an apple can evoke so much more than just a company’s name—they are symbols of how we express our values, tribes, and status. The most successful contemporary brand identities are unforgettable because they are ubiquitous and follow a strict set of systems. Nearly 70 years ago, the HfG channeled the tenants of modernism and “system design” into a radical pedagogy that has had a profound effect on global material culture, from the products we use to the systems that quietly drive us. Positioned between worlds with conflicting political agendas, the school’s visionary founders understood design’s ability to drive a global, ideological vision.
Claudia Martinez
Related Stories