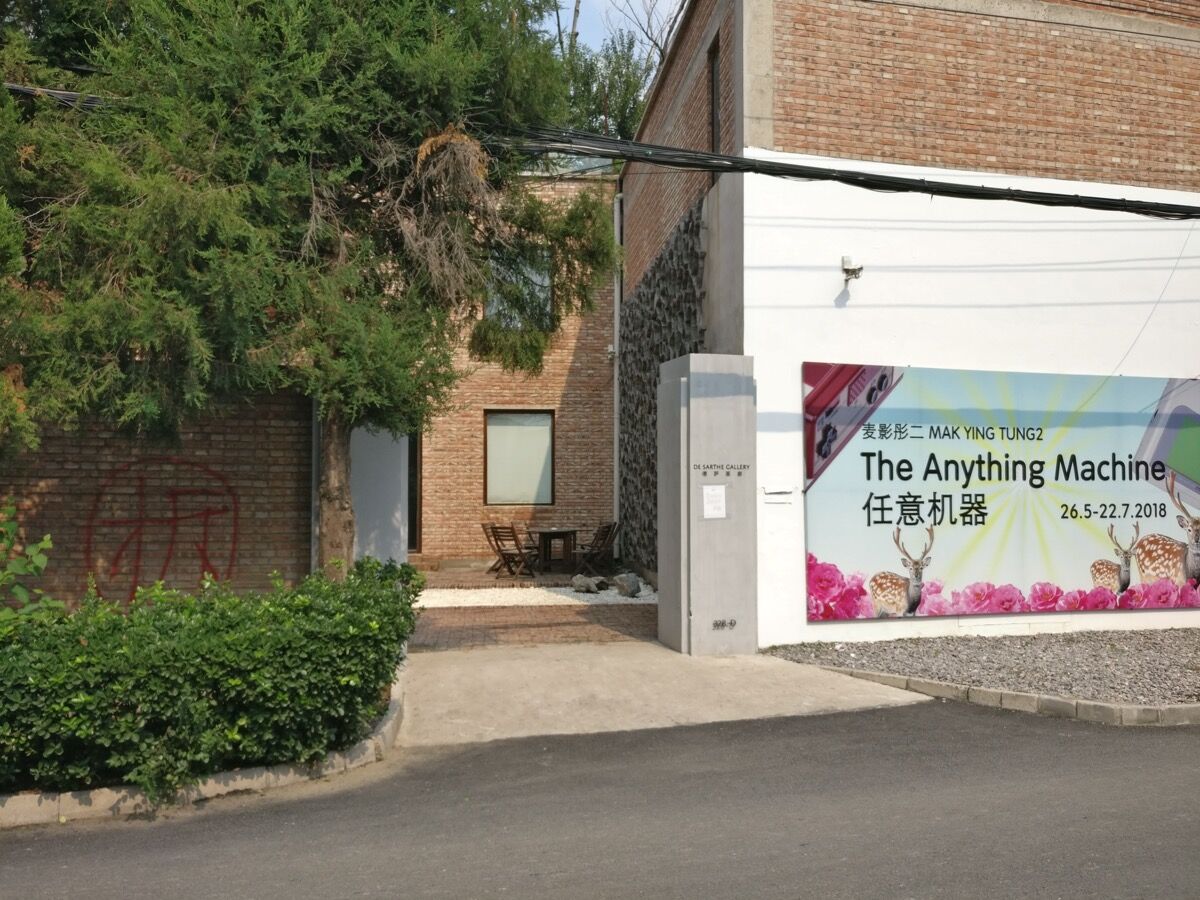 On Wednesday, July 18th, the Beijing location of de Sarthe Gallery received an abrupt eviction notice stating that the gallery would have to vacate the premises by the end of July. The space’s exhibition, a solo show of works by Hong Kong-based artist
Mak Ying Tung 2
, will be the last at this location. In an email announcing the news, the gallery’s founder, Vincent de Sarthe, is quoted commenting: “We wish all of our neighbors the best in relocating.”
Such sudden eviction notices are not uncommon in Caochangdi, the art district where de Sarthe Beijing has operated since 2014. In February of last year, Galerie Urs Meile—which had been operating its
Ai Weiwei
-designed space in Caochangdi since the mid-1990s—was abruptly “compelled to close,” reopening a new space in Beijing’s 798 art district several months later.
Rumors of a coming eviction became especially prevalent among de Sarthe’s neighbors last week, who were tipped off by their building’s owner. The gallery received official word on Wednesday in the form of a notice posted on the gallery’s exterior wall bearing the official stamp of a local governing body, the Caochangdi Village Economic Cooperative. The evictions apply to all of the buildings on the east side of a 300-yard stretch of road running south from nearby EGG Gallery, which received no such notice. The walls along this road are covered with the character “拆”—“to be demolished”—in red spray paint, hastily applied on Wednesday. Another art space on the same stretch of the street, X Gallery, received the same eviction note. 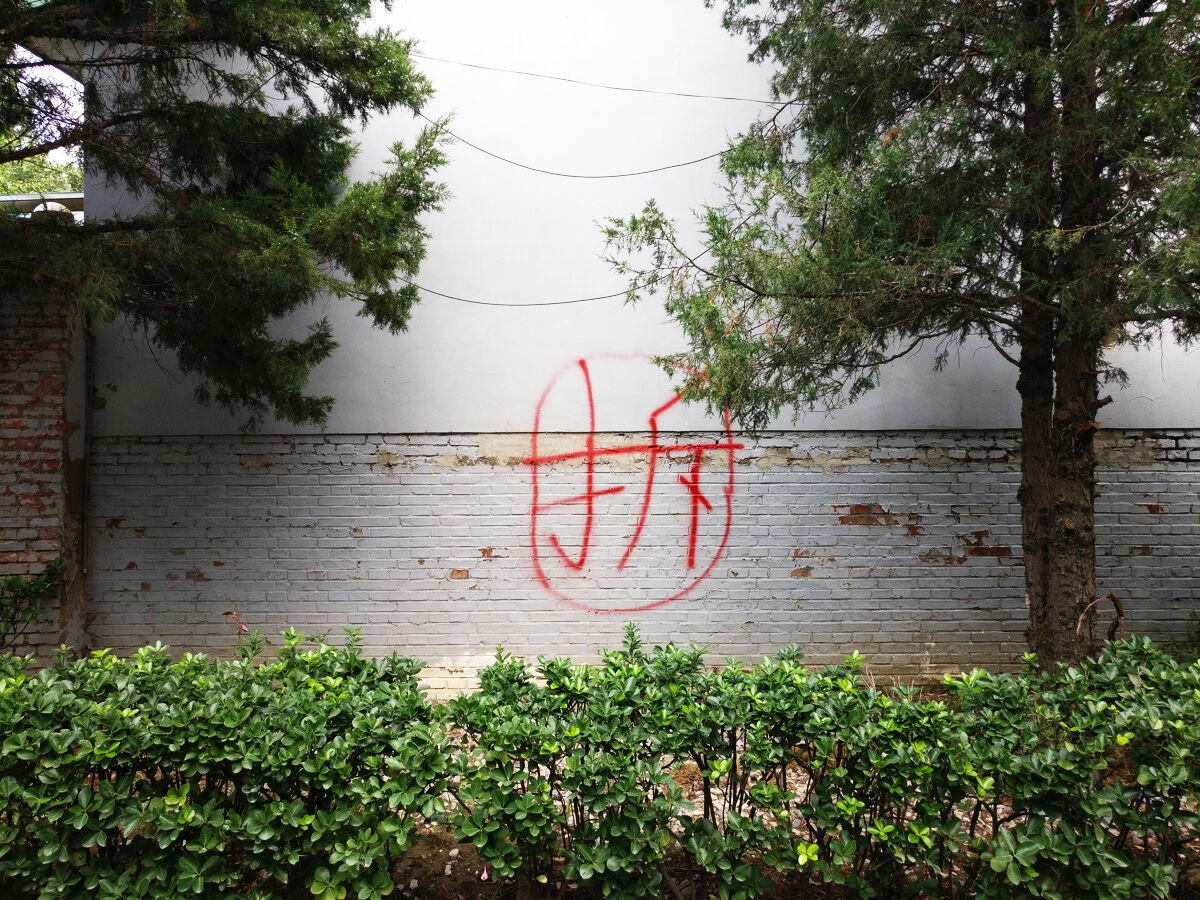 In fact, eviction rumors have been swirling around Caochangdi for a year now, ever since members of the Iowa artist co-op were “forced to evacuate from their homes and studio spaces” last August, as ArtAsiaPacific reported. In addition to de Sarthe and X Gallery, a nearby pool hall and pork store also received eviction notices, but other Caochangdi art spaces—such as Pékin Fine Arts, located in a gray-brick complex on the other side of the street that de Sarthe is on—do not seem to have been affected at this time.
The eviction ends a strong run at de Sarthe’s Caochangdi space. It opened four years after the gallery, which originally opened in Paris in 1977, moved its base of operations to Hong Kong in 2010. In some ways, the gallery’s unplanned final show at this location marks a poignant end to its time in Caochangdi.
In one room, Mak’s 2018 “Relic” series presents an array of lenticular prints framing quintessentially turn-of-the-millennium electronics in a compositional layout reminiscent of religious iconography. Idolized “relics” such as a Tamagotchi, a Sony CD Walkman, and a Nokia cell phone remind the viewer of a time before smartphones replaced all of those devices. Outside of this shrine are three foam board cutouts called Running on Taobao (2018), referencing the ubiquitous e-commerce platform, and depicting life-sized silhouettes running on treadmills with super-sized displays playing Iron Man and films from the  Terminator and Star Wars series. 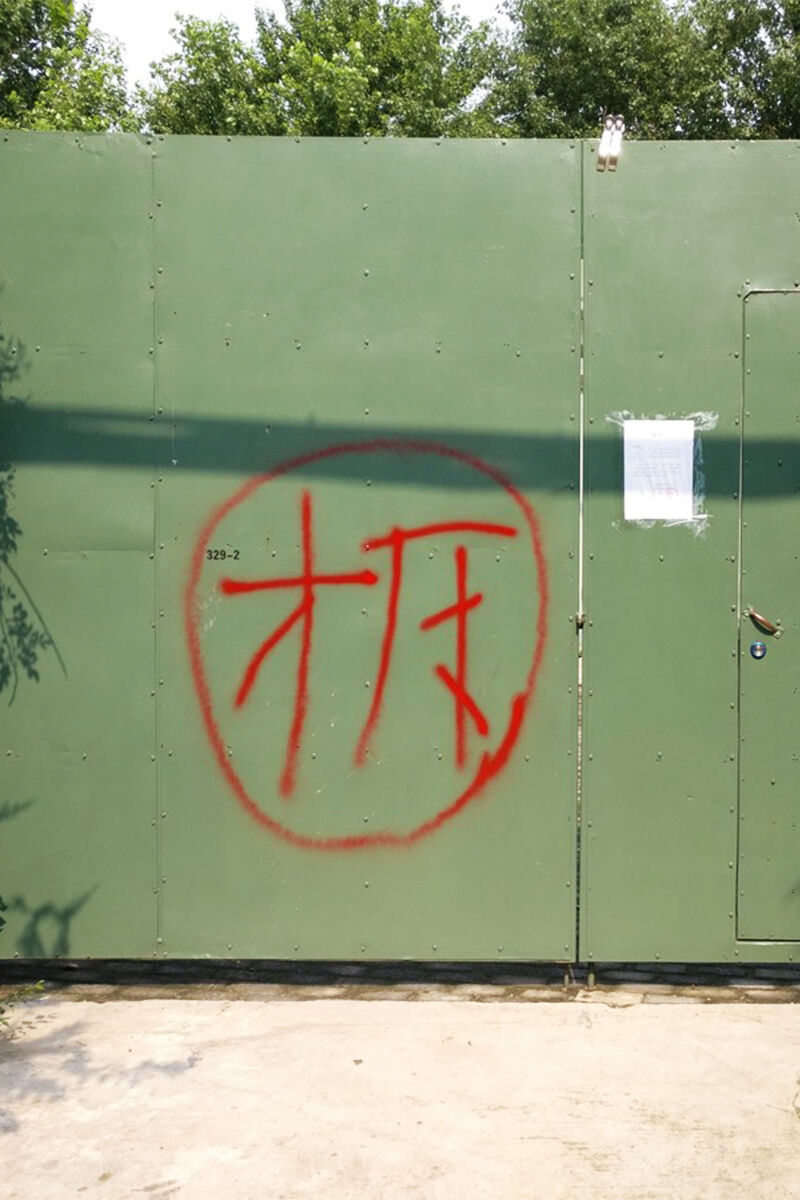 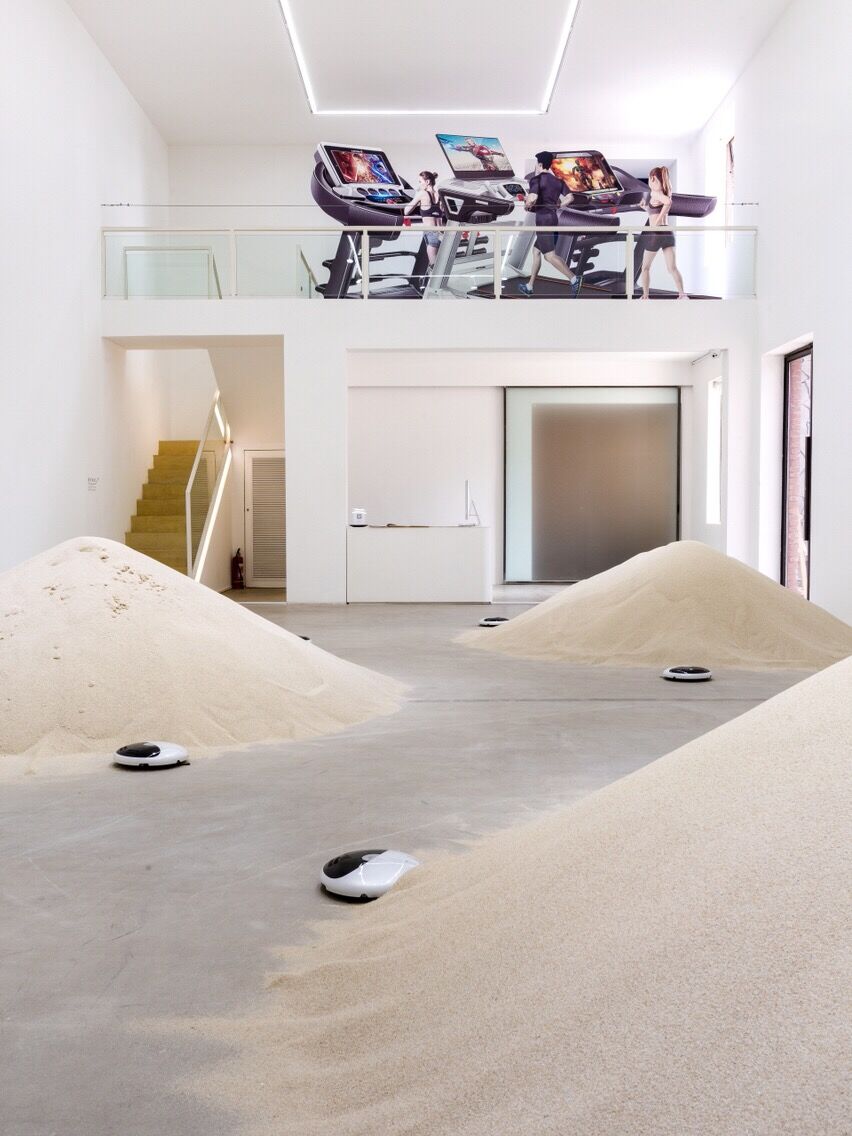 Advertisement
On the floor below is Mr. Fool Wants to Move the Mountains (2018), which consists of three large piles of sand and a fleet of eight vacuum robots pointlessly attempting to suck them up. The piece’s title references a folk story about an old man who decides to remove two mountains sitting in front of his residence, digging at them every day until divine providence intervenes to move them for him. In English, this four-character idiom, “愚公移山,” is sometimes loosely translated to “where there’s a will, there’s a way,” an ethos that resonates all too well with de Sarthe Beijing’s current predicament.
Generally speaking, the artists that de Sarthe represents have found success. Shanghai-based
Wang Xin
, who last exhibited at the gallery’s Beijing space in 2017, has a show touring K11 art centers at the moment. Hong Kong artist
Andrew Luk
has a show opening in August at K11 in Shanghai; he’d had a show scheduled to open at de Sarthe Beijing the week before, but that has been postponed.
After loading out all of their artists’ works by the end of next week, de Sarthe Beijing will immediately begin searching for a new space elsewhere in the city, according to director Nessa Cui. As someone who has grown accustomed to Beijing’s rapid pace of urban flux, the eviction notice, coming after months of speculation, almost came as a relief to Cui. She says that the city’s “constant change” is why de Sarthe is here in the first place, and will keep them here despite this relocation.
Josh Feola
Related Stories