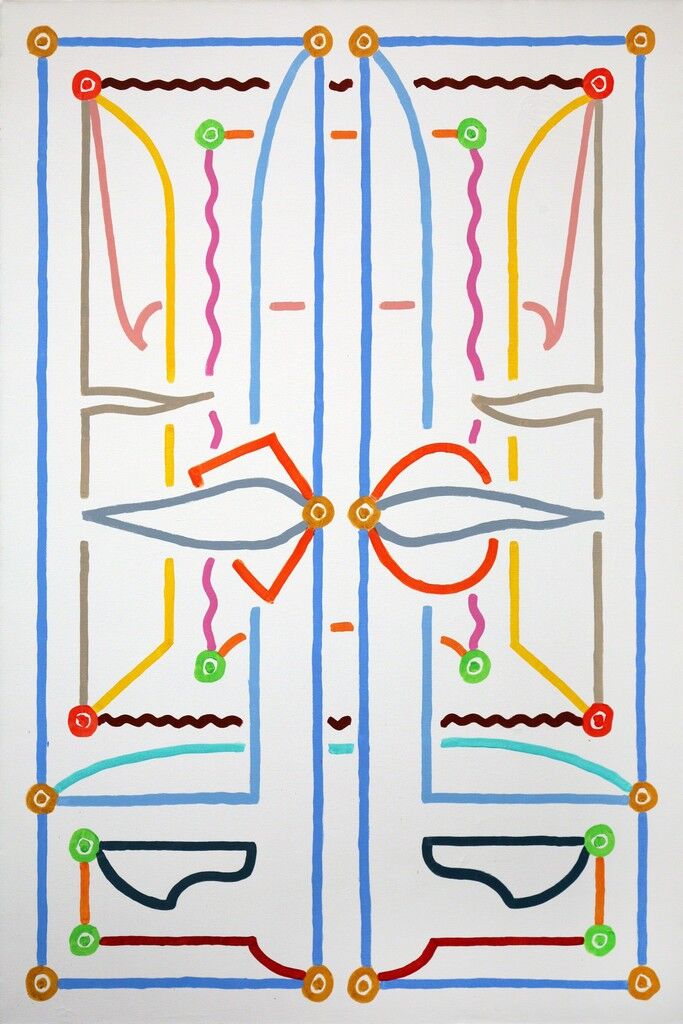 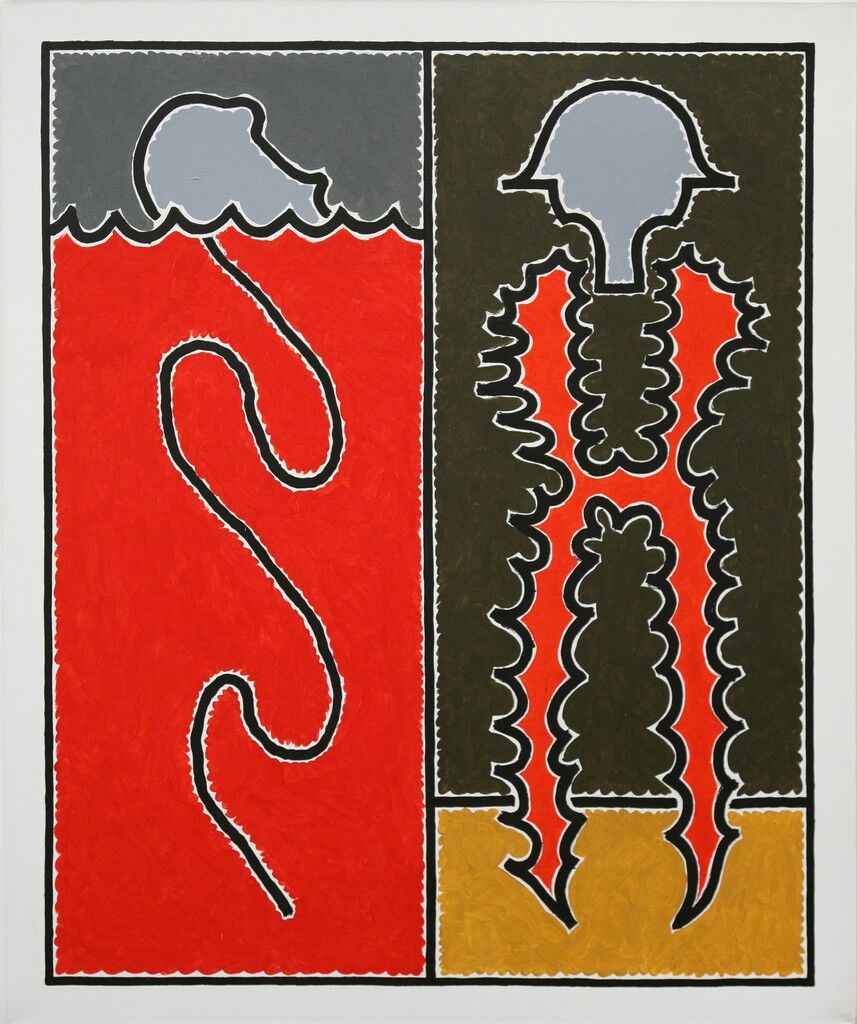 Tom Green
Two Conditions, 1983
David Richard Gallery
This spring, David Richard Gallery in Santa Fe debuts “Tom Green - Mapping the Human Condition (family, nature, war, authority, memory, compassion).” The exhibition features a selection from Green’s last series of work made before his death from ALS in 2012, as well as paintings and works on paper from throughout his career. 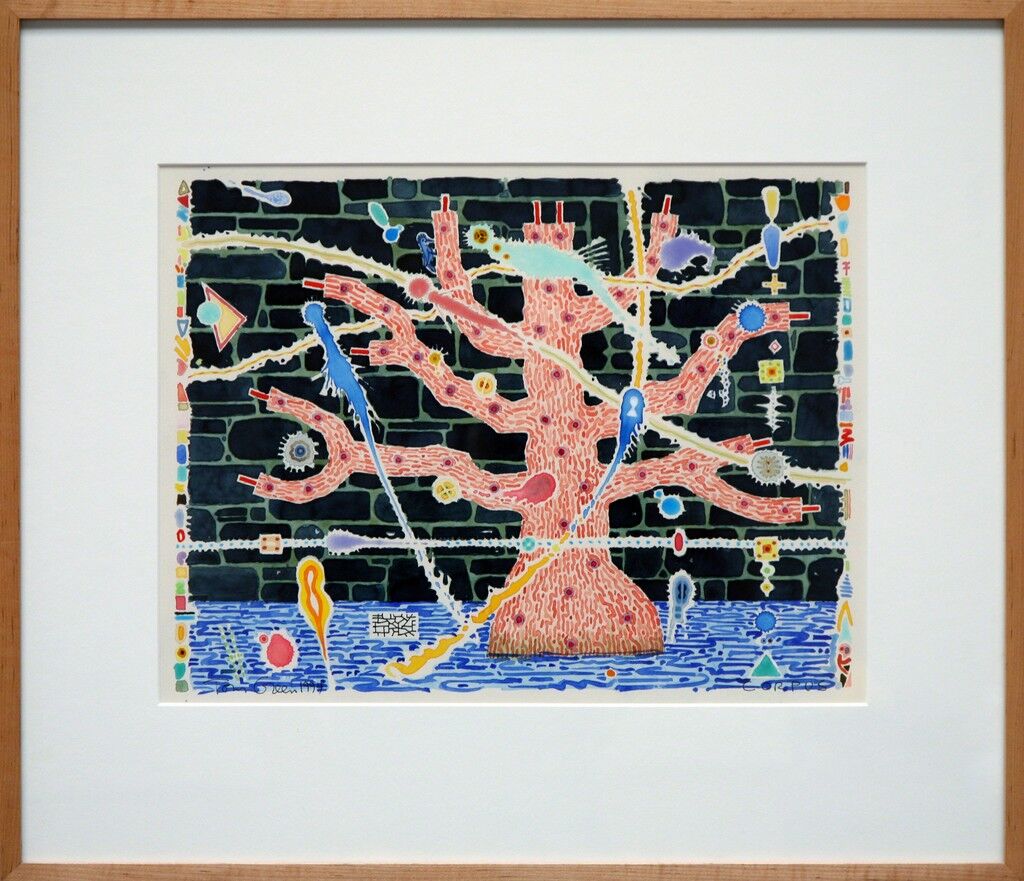 Tom Green
Corpus, 1994
David Richard Gallery
Considered to be one of the most prominent Washington D.C. artists of the last century, Green led art in the city away from the prevalent trend of painters in the
Washington Color School
(such as
Morris Louis
and
Kenneth Noland
), while working for 35 years as an instructor at the Corcoran College of Art and Design. He encouraged his students to look inward towards a personal vocabulary of form, a commandment he personified. One of his most defining characteristics to those who knew him was his ever-present black sketchbook in which he would constantly draw, reacting to the world around him. 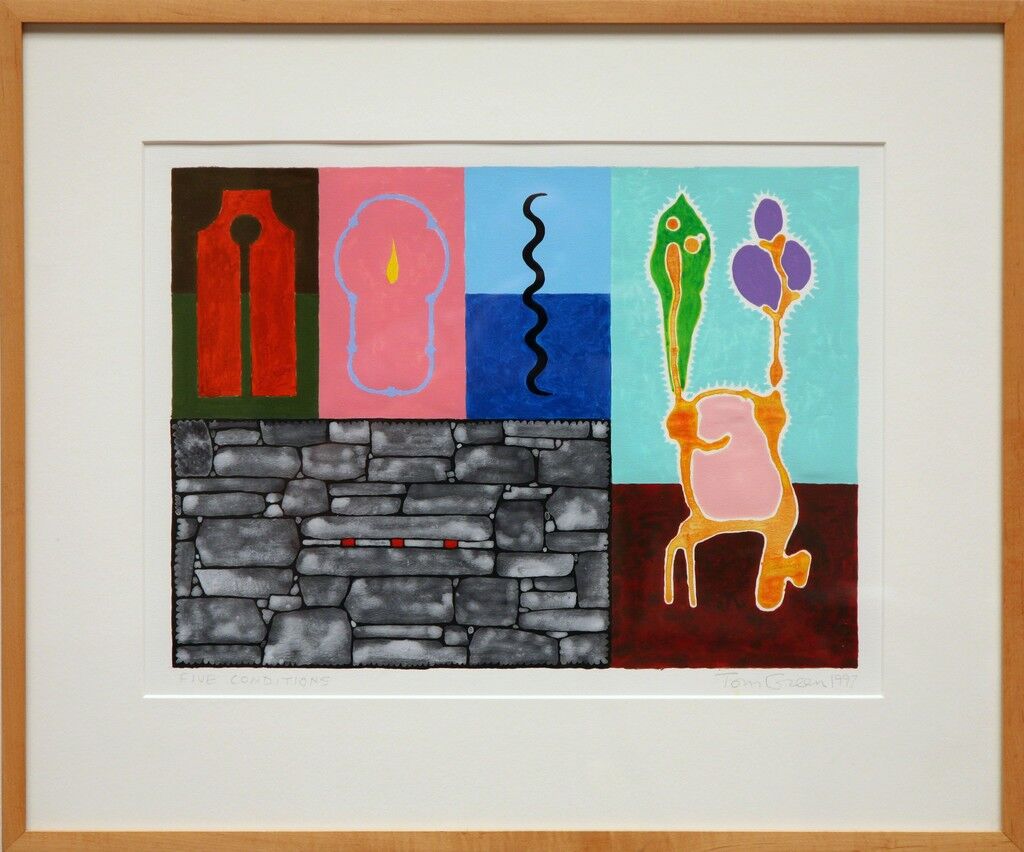 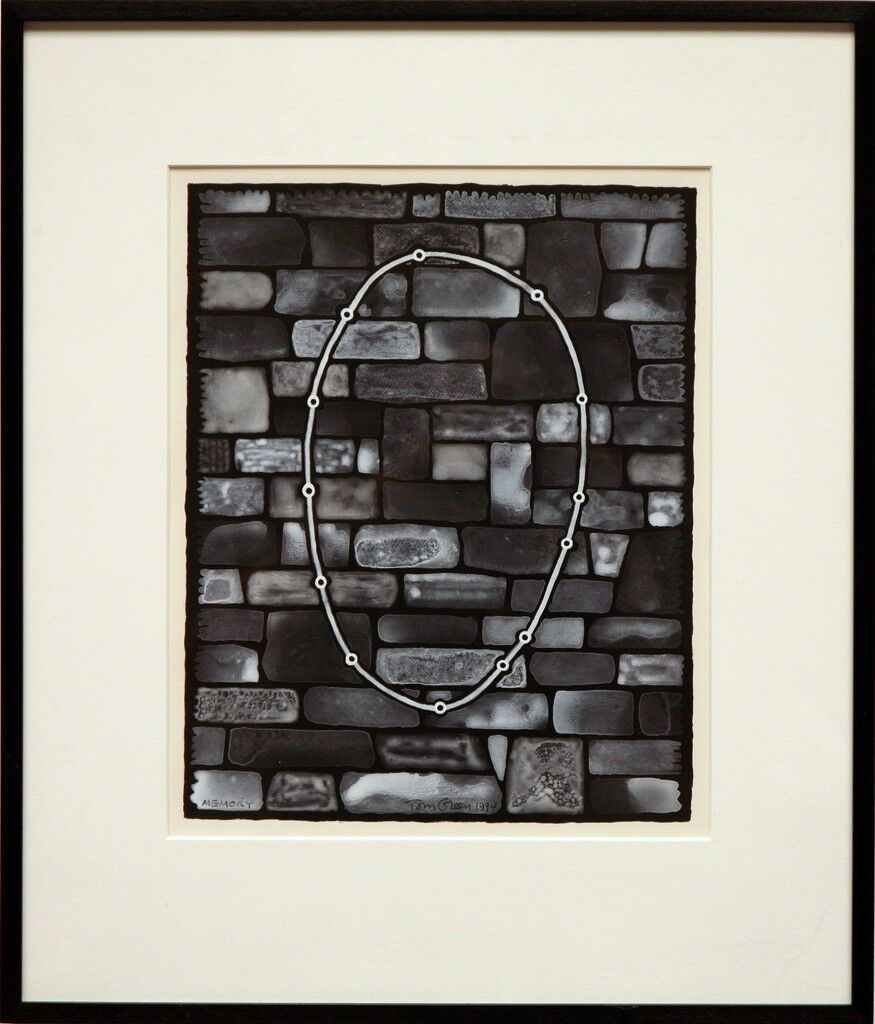 Tom Green
Memory, 1994
David Richard Gallery
Advertisement
The works on view at David Richard Gallery show the focused attention of an artist who had worked to solidify his unique methodology. In various works on paper and canvas, we see pop, narrative tableaus depicting an spirit of joy, as well as a concern for the heavier, threatening aspects of modern existence. Hard edged color and graphic forms give an ominous tone to Two Conditions (1983), which seems to threaten two equally violent and undesirable scenarios. Memory (1994) has a contemplative inwardness in its monochrome palette and composition. In stark contrast, Puppet (1988) is a buoyant and busy work on paper that pushes onward and upward through turmoil. In Gadget (1987), a bright, fun object stands front-and-center, resembling both an indefinable machine and a futuristic, Inca-inspired deity. 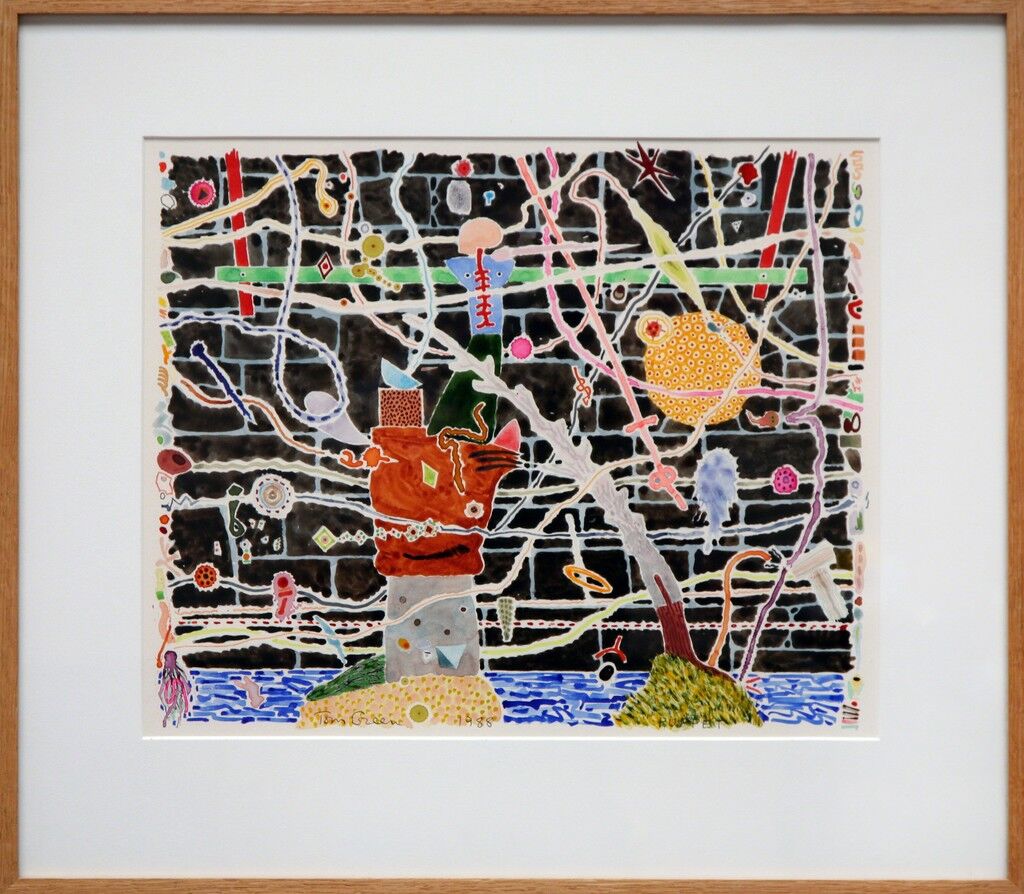 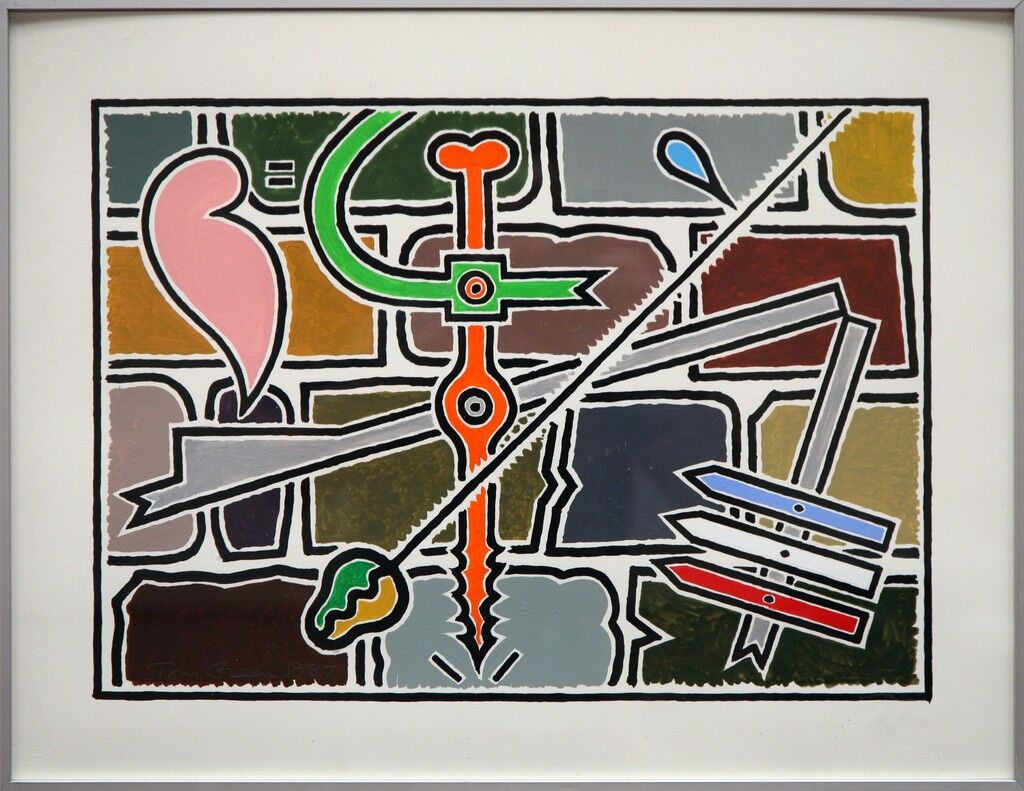 Tom Green
Gadjet, 1987
David Richard Gallery
Considering the productive nature of the artist’s practice and his constant response to events around him, it is no surprise that these works, like human characters, cycle through emotional up- and downswings. Filtering the world around him into his own pictorial space throughout an incredibly  prolific career, Green’s works are useful markers in illustrating the rapid shifts of the world around him as it entered a new and chaotic century.
—K. Sundberg
“Tom Green - Mapping the Human Condition (family, nature, war, authority, memory, compassion)” is on view at David Richard Gallery, Santa Fe, Apr. 15 – May 17, 2015.
Follow David Richard Gallery on Artsy.
Related Stories