Berlin Gets a Cathedral Devoted Entirely to Art 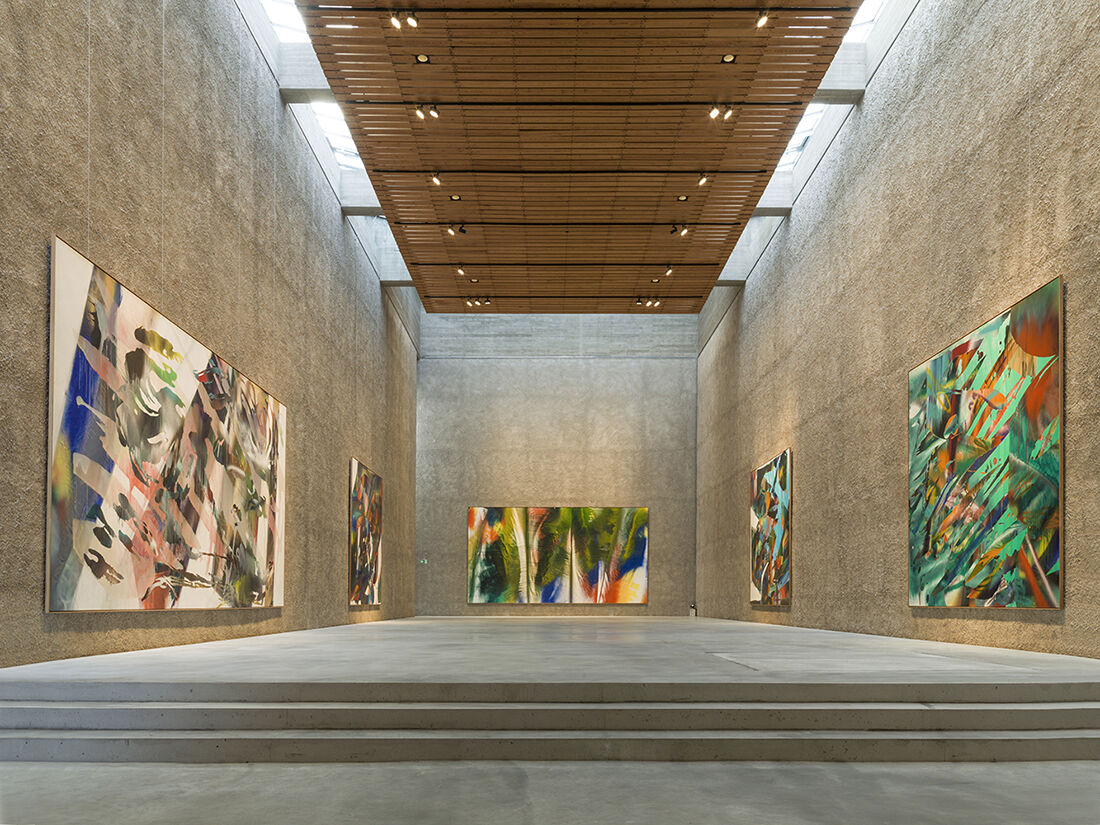 Berlin, there’s a new gallery in town. Well, sort of. After nearly three years of planning, the newly renovated St. Agnes church opened to the public tonight with exhibitions of
Katharina Grosse
(who will also feature prominently in Okwui Enwezor’s “All the World’s Futures” for the 56th Venice Biennale) and
Jeppe Hein
. Secured for a 120-year-long lease by gallerist Johann König in 2012, the brutalist structure has undergone a subtle yet transformative shift thanks to architect Arno Brandlhuber, known for his innovative gallery buildings, like the one housing Berlin’s KOW on Mitte’s Brunnenstrasse.
“It’s the end of the white cube,” said Brandlhuber, only partially in jest, as we surveyed the still-scaffolded structure two weeks before the grand opening. The rough, concrete walls of the former cathedral remain as designed by Werner Düttmann, the church’s original architect, who at the time of its construction in the mid-1960s led West Berlin’s urban regeneration effort.
One key difference will certainly be noticeable to previous visitors entering Grosse’s show of monumental canvases, painted in her characteristic style of numerous layers of sprayed color. The space—now called KÖNIG GALERIE in its new location, a move Johann explains is intended to take the focus off of him and place it instead on his team and the institution in which they now operate—sits a story or two above the church’s former floor, on a concrete slab oriented nearly even with what was once the top railing of St. Agnes’s organ balcony. 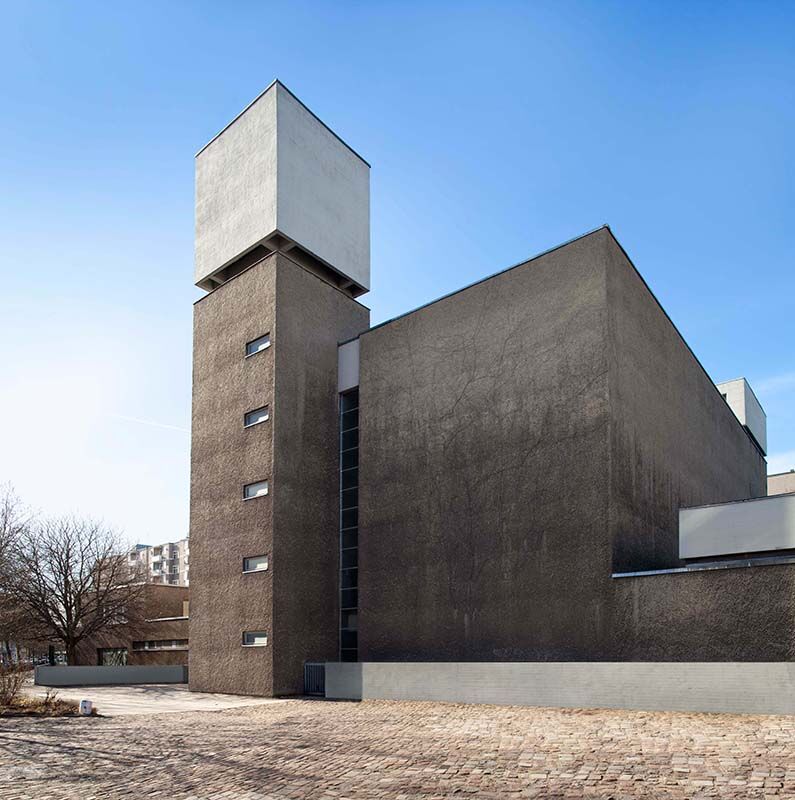 “The idea was just to have one element, like one giant table that we could put in and would do all the work,” Brandlhuber explained of the design. Heating, media hookups, electricity, and even mounts for modular exhibition walls up to five meters tall are all situated in this single architectural intervention. Raising the floor has had another key effect: the vertical scale of the space has transitioned from that of a sanctuary to a Kunsthalle.
That potential was apparent to König from the minute he first saw the building. “Originally, I was looking for somewhere to live,” he says, having enlisted a broker to seek out unusual spaces in Berlin, of which there are still many. “But then I saw the St. Agnes. And even though I had a perfectly fine gallery, I thought, ‘This space is just asking to be used for art.’” He and his wife, Lena, who is a partner in the St. Agnes complex, now live in the church’s former rectory.
They are joined by a growing number of other partners, among them a café, the magazine 032c, an architecture firm, the well-known nonprofit PRAXES Center for Contemporary Art, and the art studios and exhibition space for New York University’s study abroad program in Berlin. “The layout of the building led to the decision to make it into a cultural hub,” explains König, pointing out the courtyard around which each of the spaces, including his new gallery, is based. The gallerist intends to add one further building to the complex to house startups and other creative firms. Once construction is complete, a sculpture park will also take shape, showing a rotating selection of pieces by artists from König’s roster such as Grosse, Hein, and
Tatiana Trouvé
.
Following Grosse in KÖNIG GALERIE’s main hall will be
Camille Henrot
, followed by
Nathan Hylden
, and Trouvé. Shows at St. Agnes will mostly be on a grander scale than what was possible in his previous location. “I wanted to give the artists the possibility to do really substantial shows on an institutional level, standard, and scale,” says König. Grosse’s debut for the space features paintings so large they had to be stretched inside the gallery itself. Shows in the main gallery will occur only every two months, at a slightly slower rhythm than the typical six-week gallery opening schedule, to allow for these more ambitious projects. 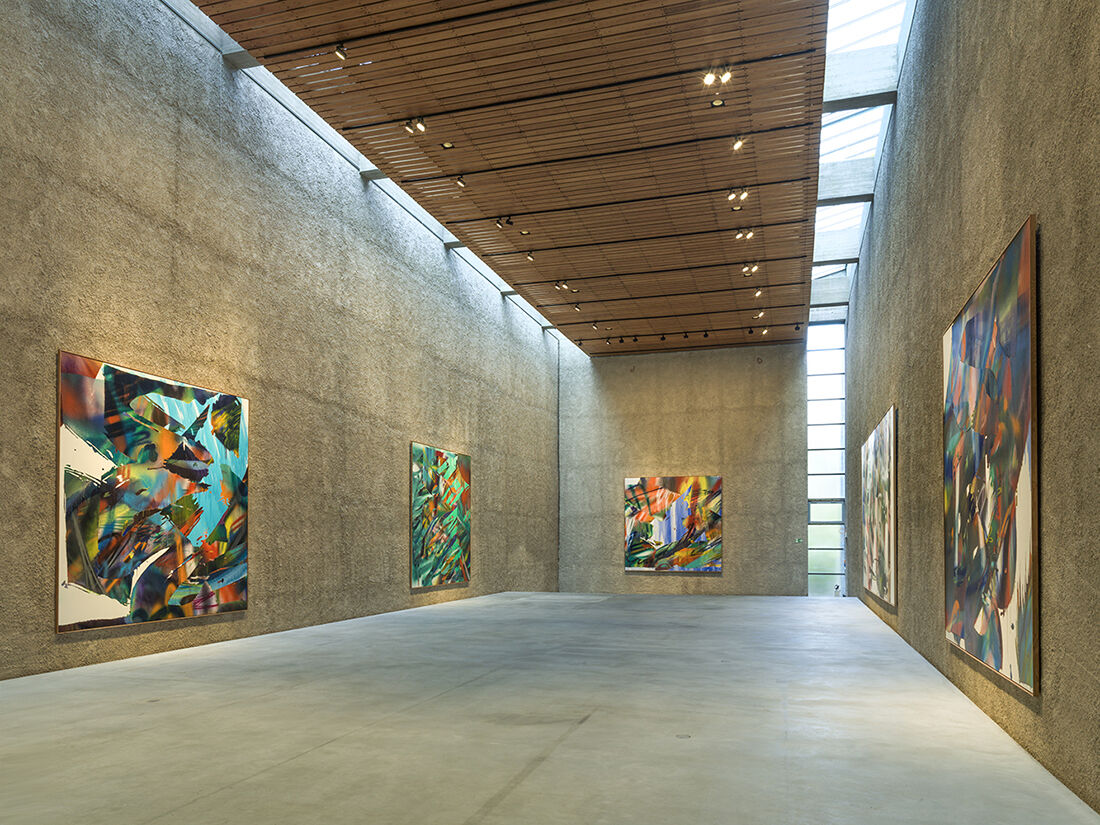 Advertisement
That’s not to say the complex will be a sleepy one, however. Thanks to the gallery’s raised floor, König has an entire second exhibition space—itself larger than the vast majority of galleries in Berlin—on the level underneath. Hein’s show will kick off that showroom, which will then rotate artists every four weeks, staggered (with the exception of this first exhibition) to open two weeks after the openings upstairs. “There will always be something new to see,” says König.
Michael Sailstorfer
and
Daniel Turner
are on deck for the summer.
To an outsider, the thought of initiating such an ambitious—and no doubt costly—endeavor in a city known for having a meager art market relative to those of New York and London may seem a fool’s errand. But König follows in a long line of Berlin gallerists who have taken it upon themselves to create world-class exhibitions to counter the lack of funding that hobbles much of the city’s museum scene.
“I love this city,” says König, pointing out that St. Agnes sits just 100 meters away from Berlin’s official midpoint (or at least what was the midpoint in 1996, when a commemorative marker was planted there). He also notes that the move is a response to changing conditions within the art market at large. As a gallery today, “you can either go small and become something more like a manager or agent,” he says. “Or you can grow much bigger and do substantial exhibitions. That is why I got involved in this business in the first place, to work with artists.”
Alexander Forbes is Artsy’s Consumer Marketplace Strategist. He was previously the Executive Editor of Artsy Editorial.
Follow KÖNIG GALERIE on Artsy.
Related Stories