Bettina Buck Shuffles through a Museum and Smashes Art-Historical Narratives 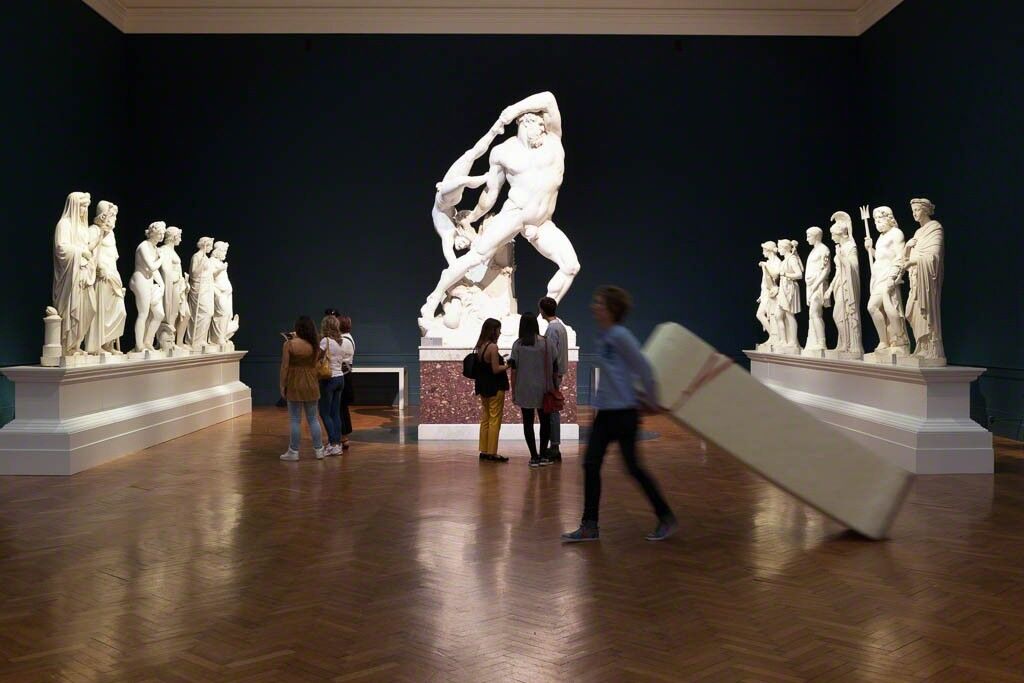 Bettina Buck
Another Interlude, 2015
Rokeby Gallery
Upon entering
Bettina Buck
’s current show at Rokeby Gallery, the first encounter is with a video, Another Interlude (2015), in which the artist drags a two-meter-high block of foam through the columns, cornices, and canvases of the 19th- and 20th-century galleries of the Galleria Nazionale d’Arte Moderna in Rome. We pass recognizable paintings, such as Monet’s Ninfee Rosa (1897-1899), and famous avant-garde, experimental pieces, like Duchamp’s Bicycle Wheel (1913) and Man Ray’s The Coat-Stand (Porte manteau) (1920). Quickly, the works of art begin to mimic the foam block lugged around by the artist; Rodin’s The Age of Bronze (1877) and
Gilberto Zorio
’s Column (1967) become versions of the upright phallus in a discipline dominated by males. However, several of the works are self-aware of their place in this tradition and therefore challenge it: Zorio’s column, for example, supporting nothing, remains disembodied. Other works offset the phallic imagery altogether: Monet’s delicate light and watery flowers address a feminine consciousness, while
Lucio Fontana
’
s
torn canvases expose open cuts that resemble female genitalia and express a sense of privacy and intimacy.
The journey that Buck embarks on is as strenuous as it is whimsical. Her feminist narratives are subtle but omnipresent: the block of foam is coerced through the imperial architecture of the museum with a red string tied around it, recalling the one given to Theseus by the princess Ariadne, which led him out of the labyrinth. Moreover, the prosaic nature of the foam amid the hardwood floors and gold frames of the gallery imbues the film with a smug intelligence. Buck, dressed in jeans and sneakers, becomes a totem of the new narrative, a symbol of art now. 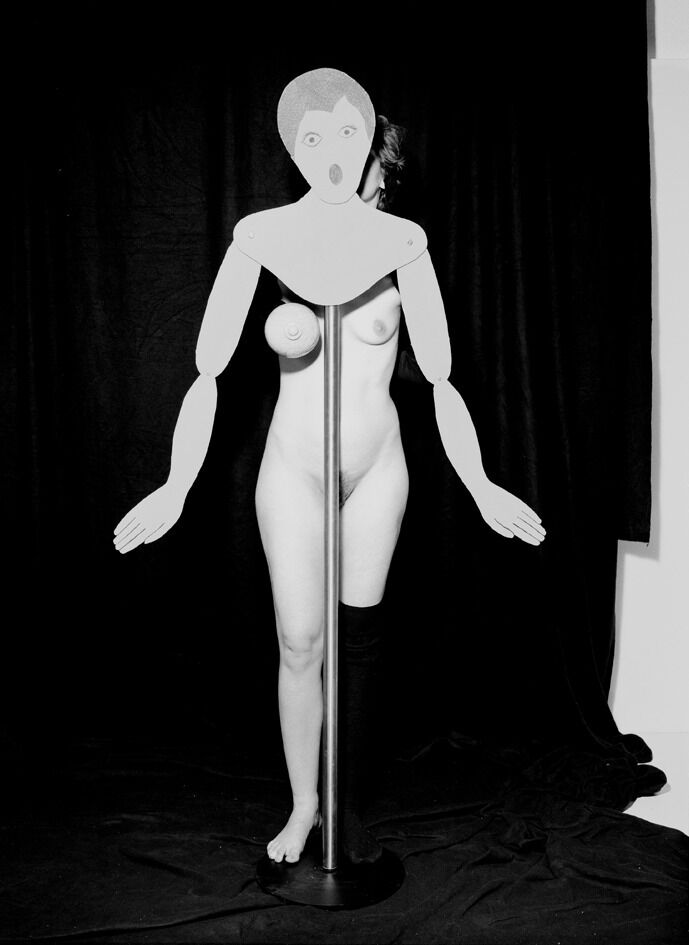 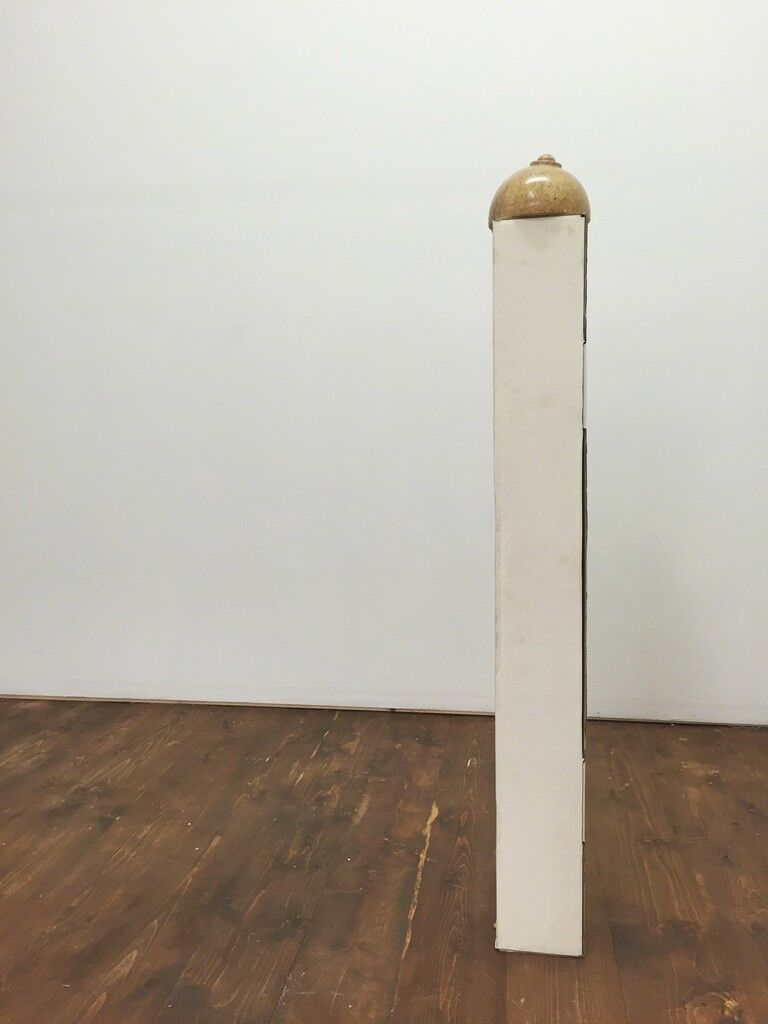 Bettina Buck
A Marble Object, 2015
Rokeby Gallery
When we leave the room, we are still there. Buck, in a post-
Sherrie Levine
move, recreates Man Ray’s Porte manteau (1920) in the gallery space. Her version has the slightest discrepancies: the left leg dons the stocking, rather than the right; the shadows of the scrim in Buck’s studio are much sharper; a marble object resembling a breast replaces one of the living ones, we notice a glimmer of a face behind the cutout. The figure is Buck, a self-portrait with play and poise. As if it were a visual portmanteau, she and Man Ray blend history and the present, the object and the subject, this moment, that picture.